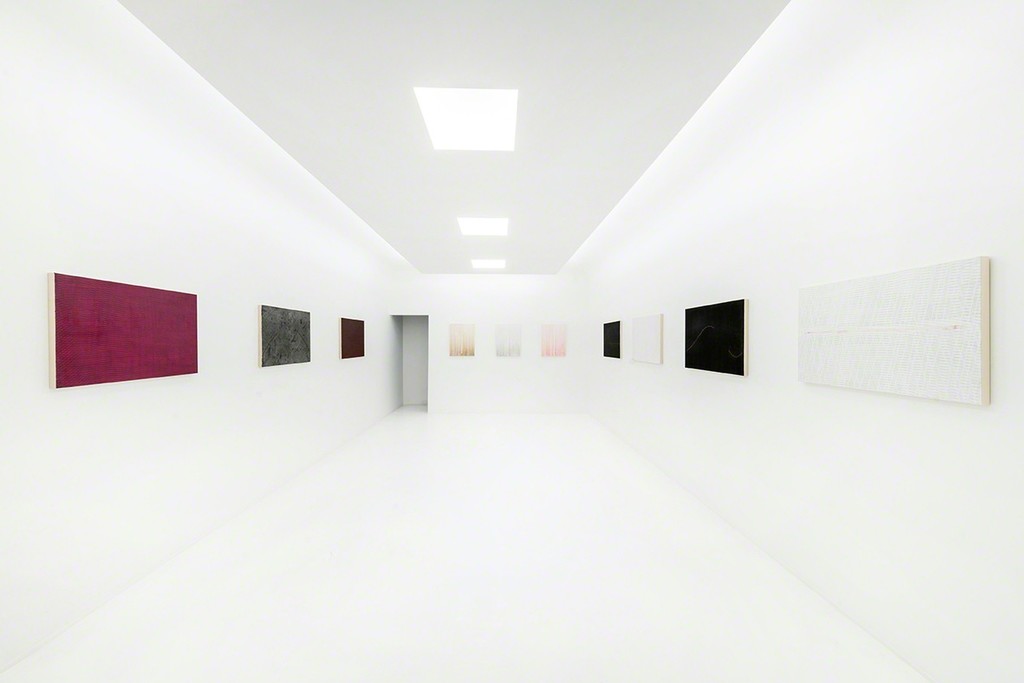 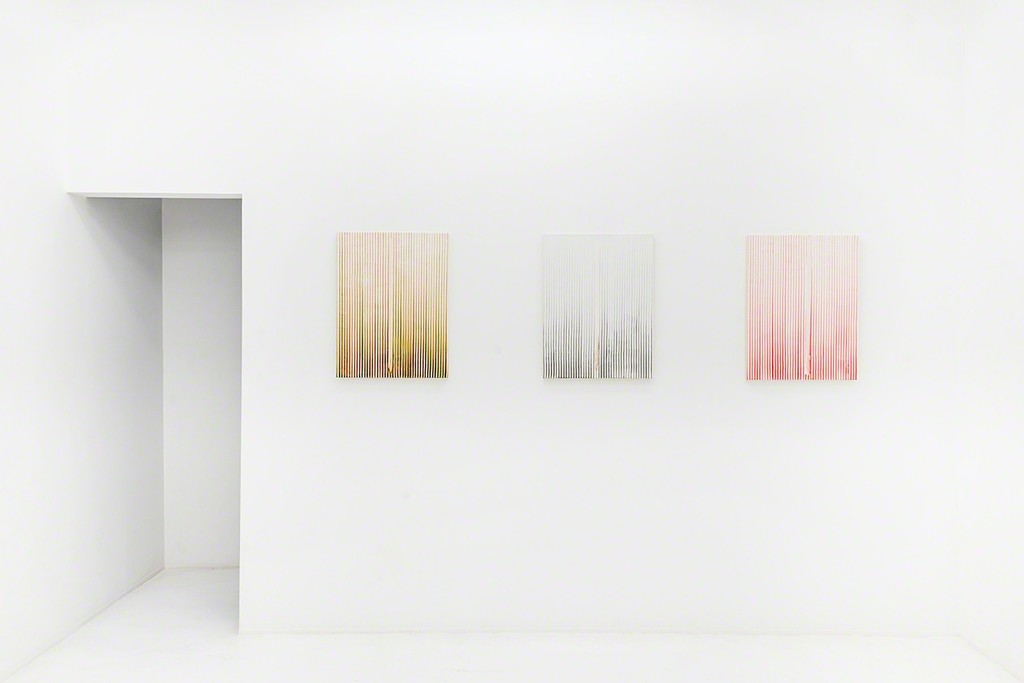 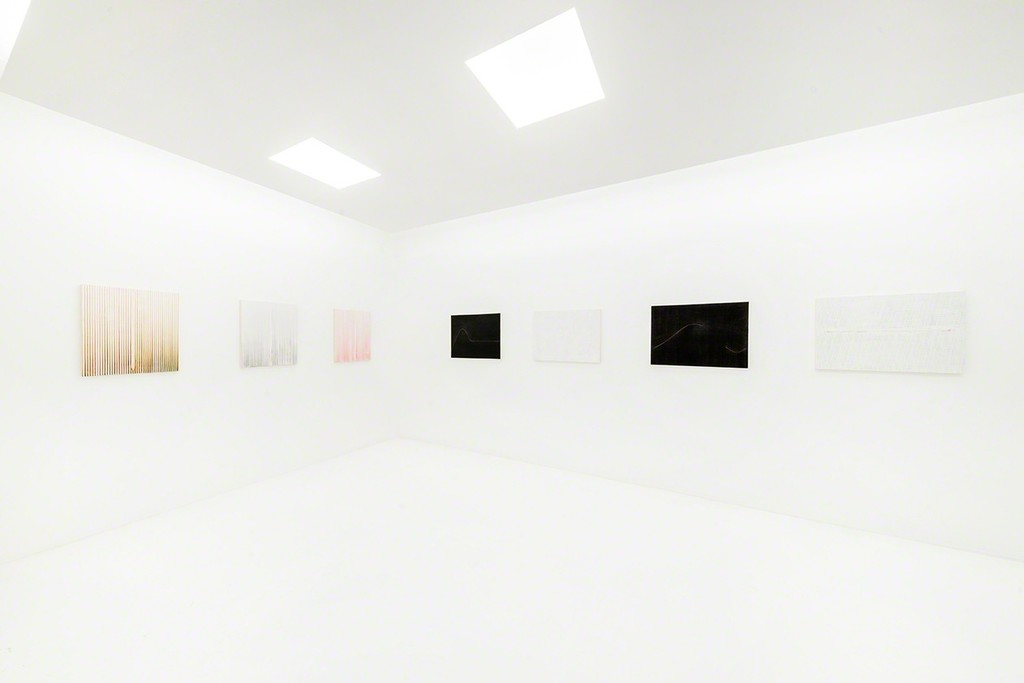 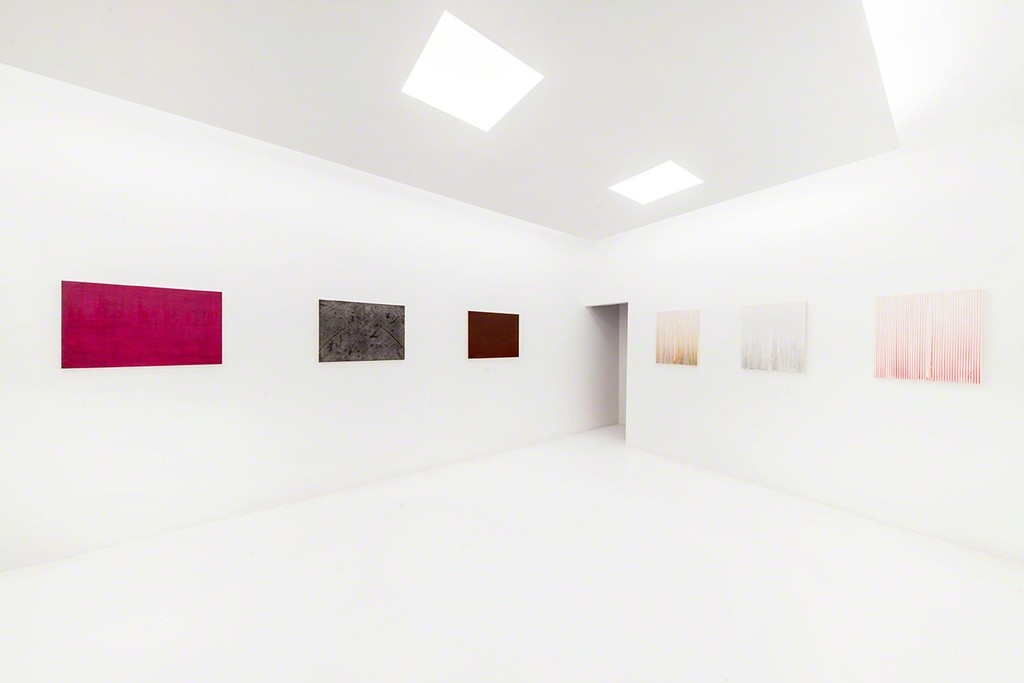 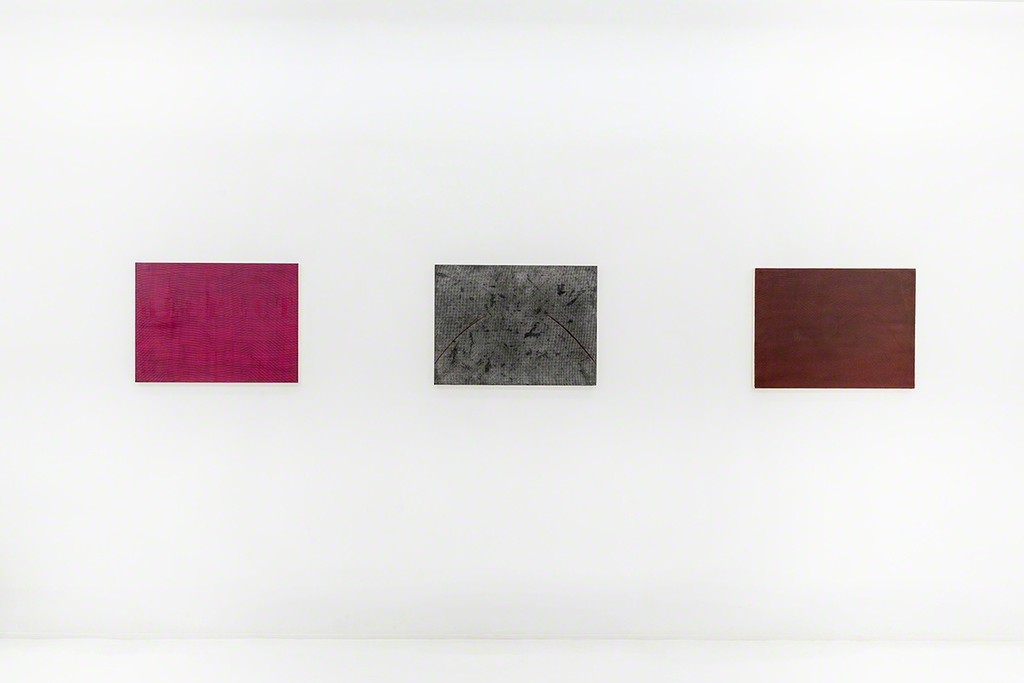 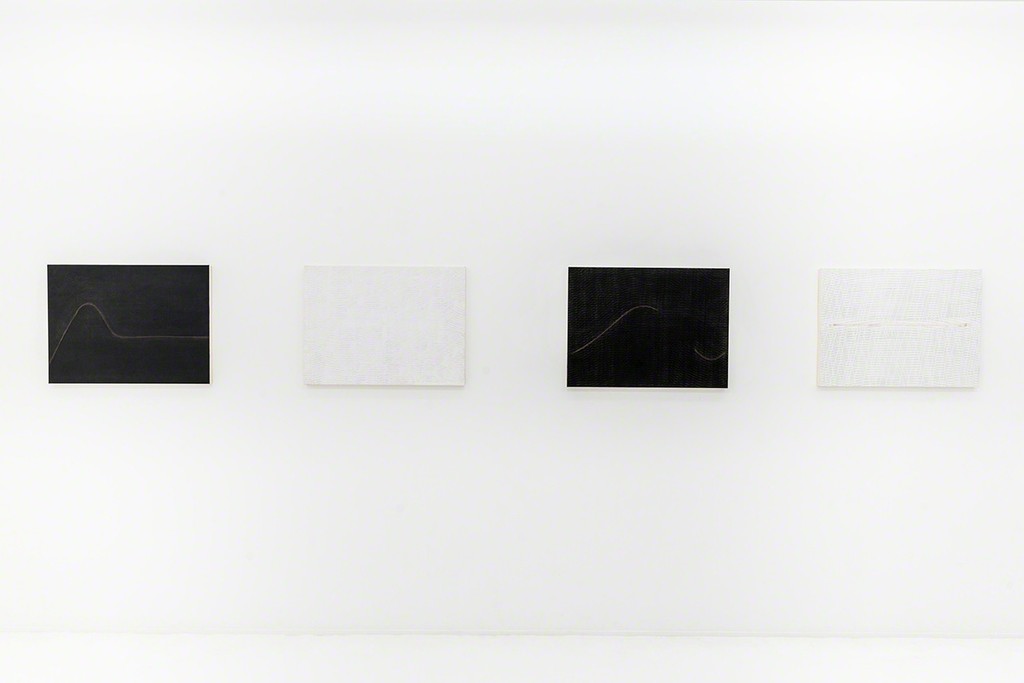 This exhibition features a series of drawings made over the last decade. It is the first time that they are being shown. Mouffe frequently uses drawings in his practice as an intellectual and metaphysical endeavour which often precede the act of a painting.

This particular selection refers to a series painted in two distinct segments of his artistic career, The Red Cavalry – dating back to the beginnings of Mouffe’s work - and the more recent Mountain series, both included in the 2017 Michel Mouffe monograph.

His work is rooted in art history; The Red Cavalry is a direct reference to The Charge of the Red Cavalry (1928–1932) by Malevich. Revealing how the series was first conceived the artist states:

“I started painting these large works in the 1980s, and I’ve continued to work on the series until recently. They’re like “boundary stones” or reference points, which mark the development of how I approach the pictorial surface. […] Malevich’s oeuvre is also important with regard to my own approach to painting, for it claims the freedom that is necessary for the transition from pure abstraction to figuration, without involving self-denial.”

Mountain series involved an important shift in the ways in which Mouffe executed colours and crafted surface. He describes the divergence in his practice as follows:

“The rust of the stretchers no longer marks the canvas. […] In these paintings, the execution of the pictorial surface is different. I set up a palette of grey shades, a mixture of transparent colours. Like a mist, I veil the surfaces and alter their usual translucency.”

Through his delicate compositions, Mouffe creates moments that lull the viewer into a slowed down gaze of feelings and emotions.

His oeuvre reveals a masterful command of graphic and painterly touch that captures, holds, and often diverts attention. Lines of colour, geometric volumes softened by strokes of pigment might interrupt monochrome or almost monochrome images. They represent the transition from interior to exterior, and therefore, from the act of touching to the act of looking.

Born in 1957 in Brussels, Michel Mouffe grew up transported by art and discovered within himself a profound appreciation of proportion and the golden section, which applies to all his paintings. In search for ideal seasonal light year round, he lives between Belgium, France, and Spain and his work has been exhibited internationally.

The extensive monograph Michel Mouffe – Alphabet, edited by the curator Joel Benzakin and the artist himself, was published on the occasion of the Michel Mouffe exhibition held in 2017 at Axel Vervoordt Gallery in Belgium. This year, the Royal Museum of Fine Arts in Brussels presented the artist’s solo exhibition, Thinking the Veil, from March 23 until September 9, 2018.