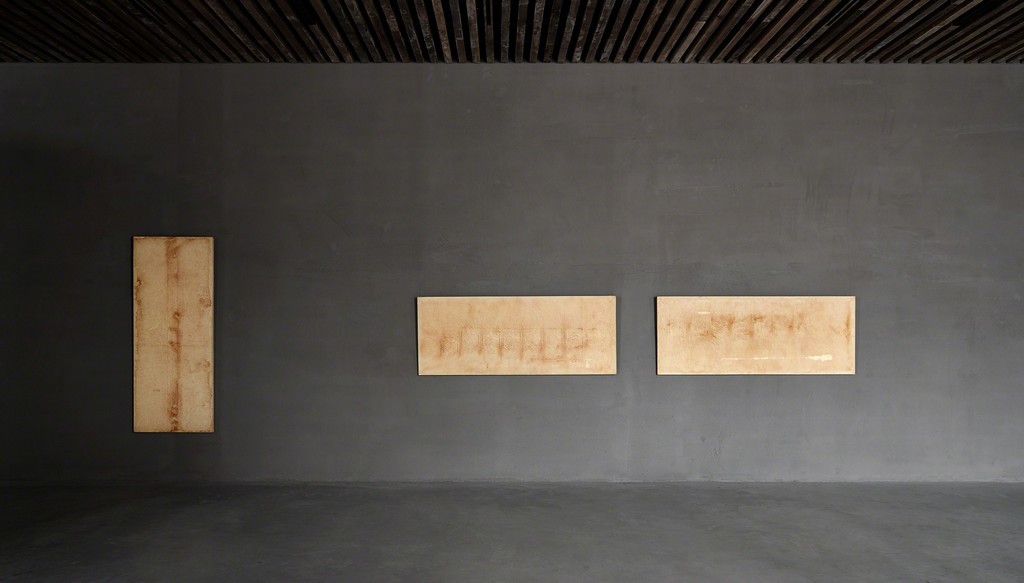 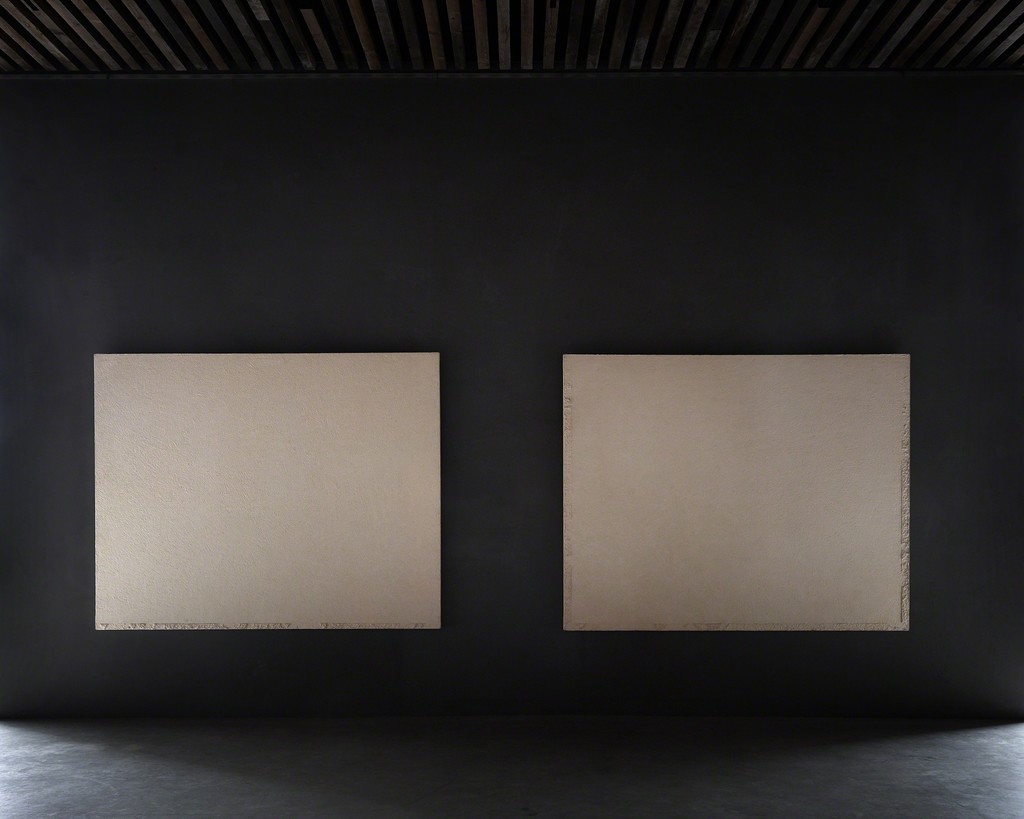 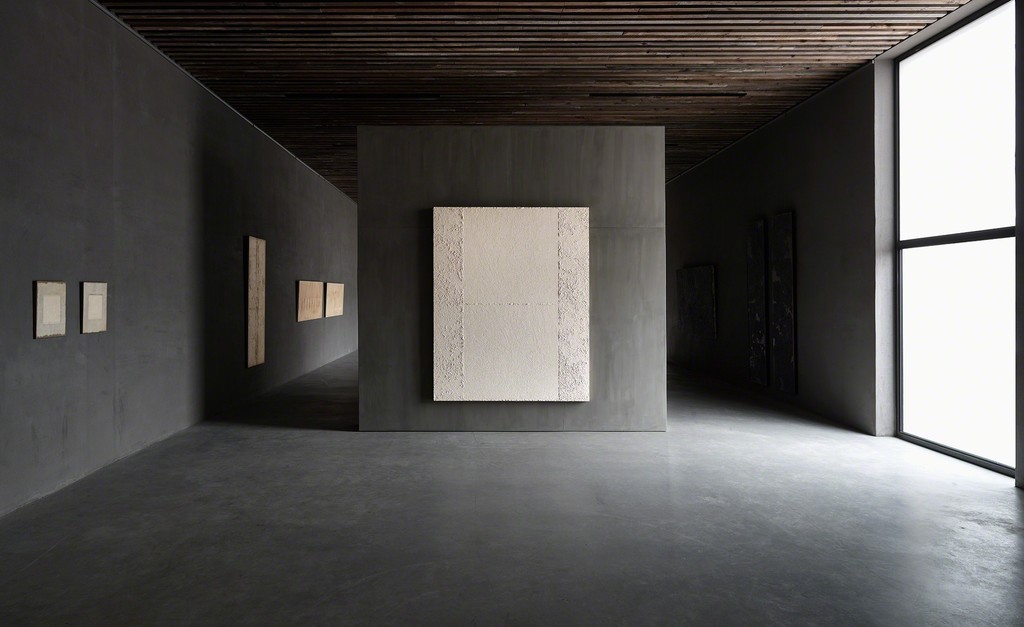 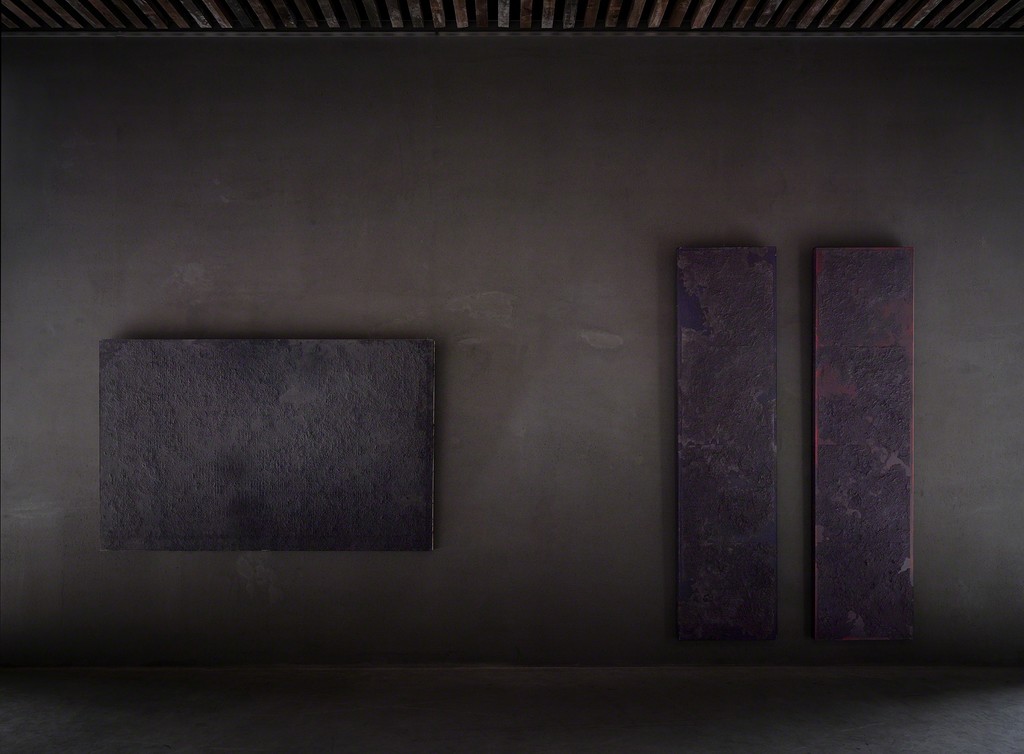 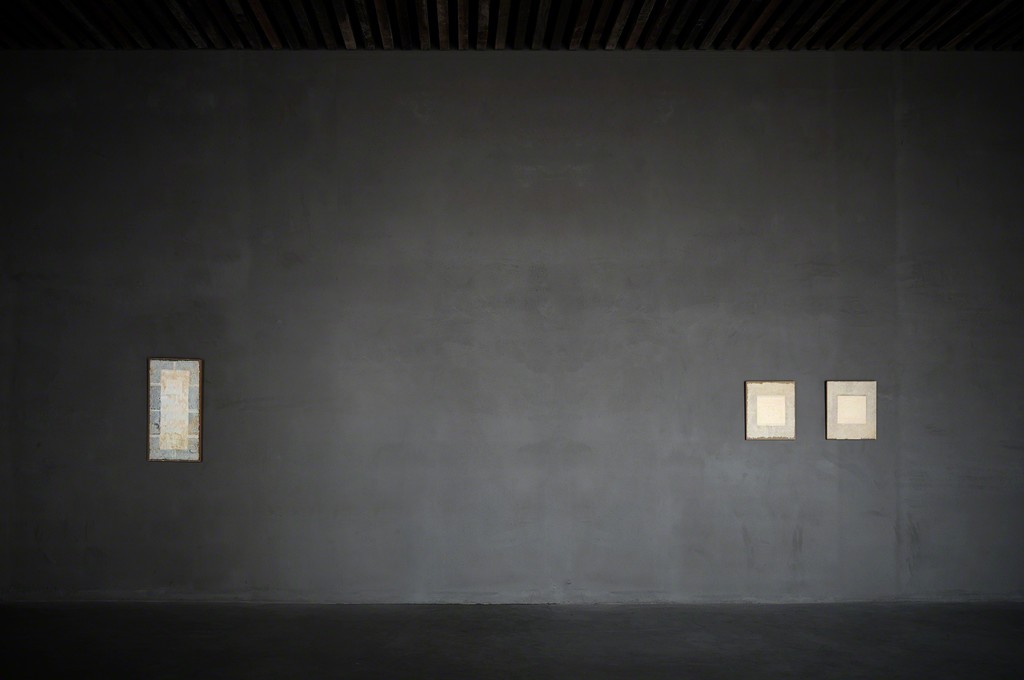 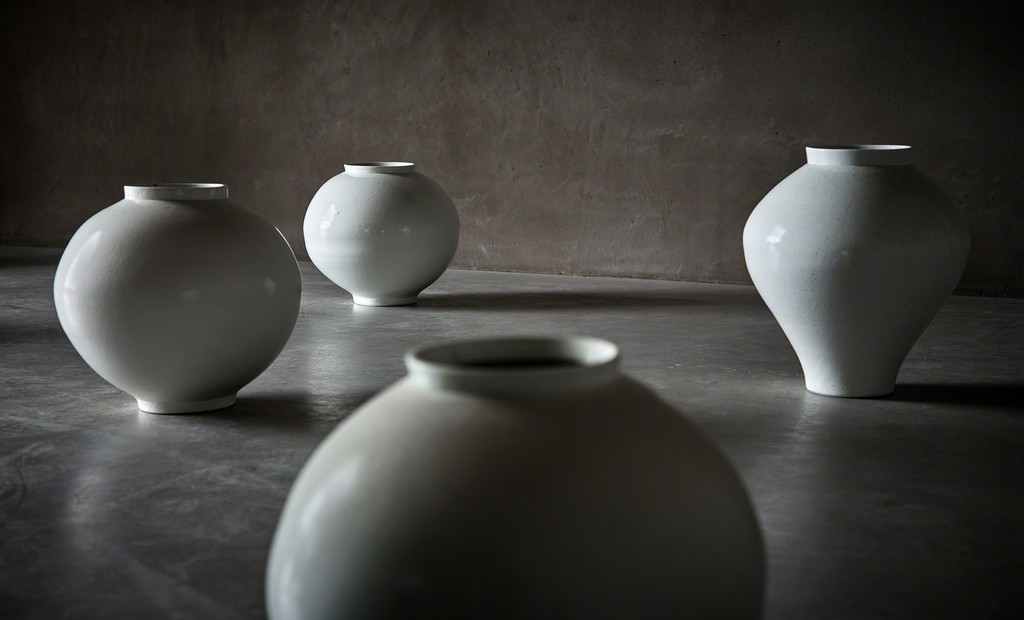 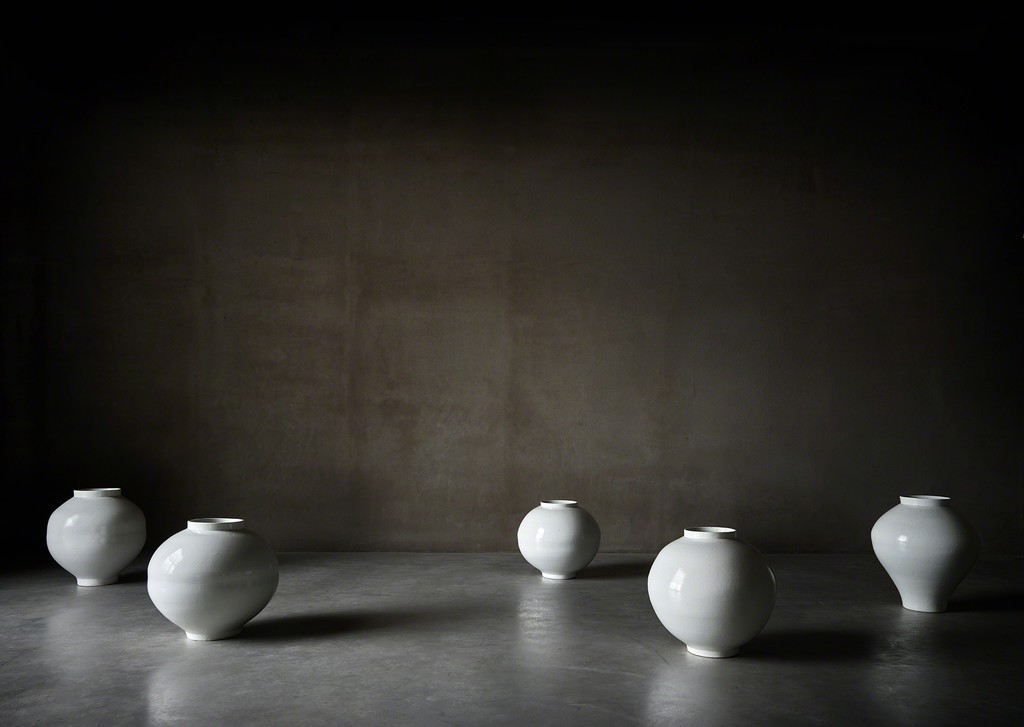 The exhibitions overarching title “Return” is taken from Chung Chang-Sup’s earliest tak series from the ’80s and refers to the reappearance of the usage traditional Korean paper in the artists’ work after multiple experiments with oil painting.

"I remember the first thing I saw in the morning was a ray of sunlight penetrating through the tak paper
window. It was a memory of myself breathing together with my surrounding," Chung stated in an interview from 1986, the same moment when this specific material became almost the most prominent medium to express his sensibility.

The title "Return" points at the shared attitude of the two artists who both embrace a traditional aesthetics and material and both combine them with contemporary concepts and issue.

Although from different generations, Kwon Dae-Sup (1952) and the leading Dansaekhwa artist Chung Chang-Sup (1922 - 200000) both pursue rigorous statements inquiring an existential attitude and perspective in their work.

Chung explained his persistent use of circular shapes in his early works as a research into the geometrically pure form. This research, for him, also has its roots in the Korean traditional symbols as the Taegeuk, the ying and yang and the halo of a Buddha sculptures.
Chung’s use of traditional formal languages, ideas on Korean beauty and inner Korean characters stand in a direct dialogue with the origins of the Kwon Dae-Sup's Moon jar. The Korean white porcelain was originally developed during the late 17th and produced throughout 18th century, the late period of the Choson Dynasty (1392-1910) and were considered as an epitome of the austere Confucian virtues of purity.

The process of developing the Moon Jar- as Kwon Dae-Sup explains – could not be accomplished without the help of nature. Nature is a key element in both artistic methodologies. In fact, as the art critic Yongwoo Lee writes: "Chung's work reflects his Taoist belief that the creative artist balances material and nature in a unified act of making". The commitment and dedication to an organicist working method by both artists can be
considered as the red thread of the exhibition as the aesthetics of the white porcelain Moon jars are put in relation with the monochrome tak paintings.

In the main space a selection of works made by Chung Chang-Sup between 1978 and 2000 offer a journey through his most peculiar production: his early works which still keep geometrical shapes to the first tak
oeuvres and his Meditation series. In the next room a series of Moon Jars by Kwon Dae-Sup are set up on the ground emphasizing the spatial correlation between the fragile ceramic and its audience.