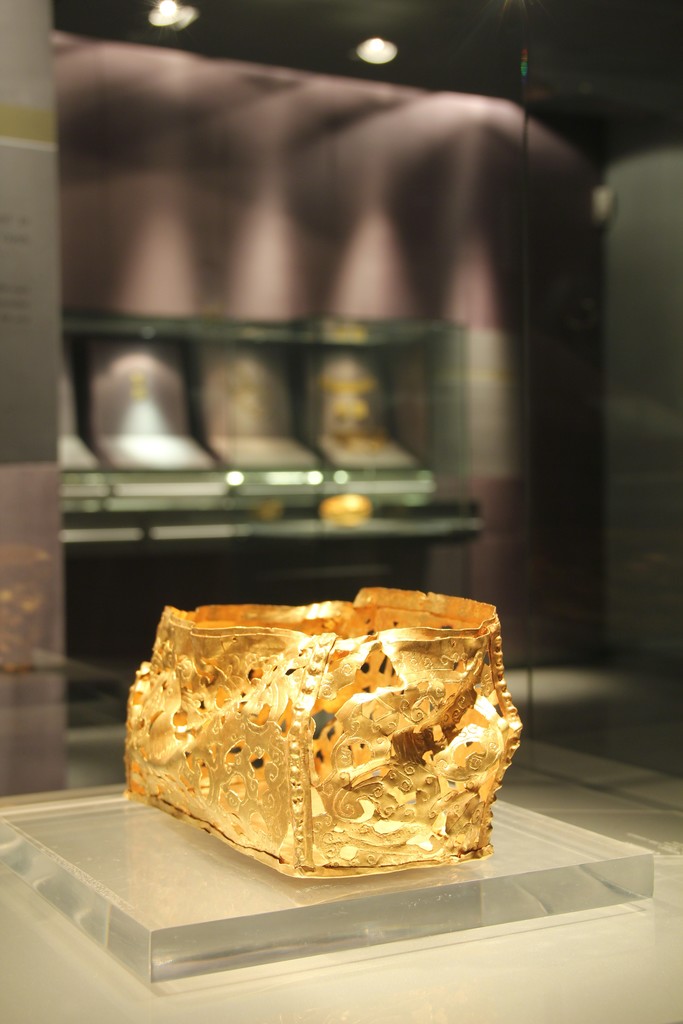 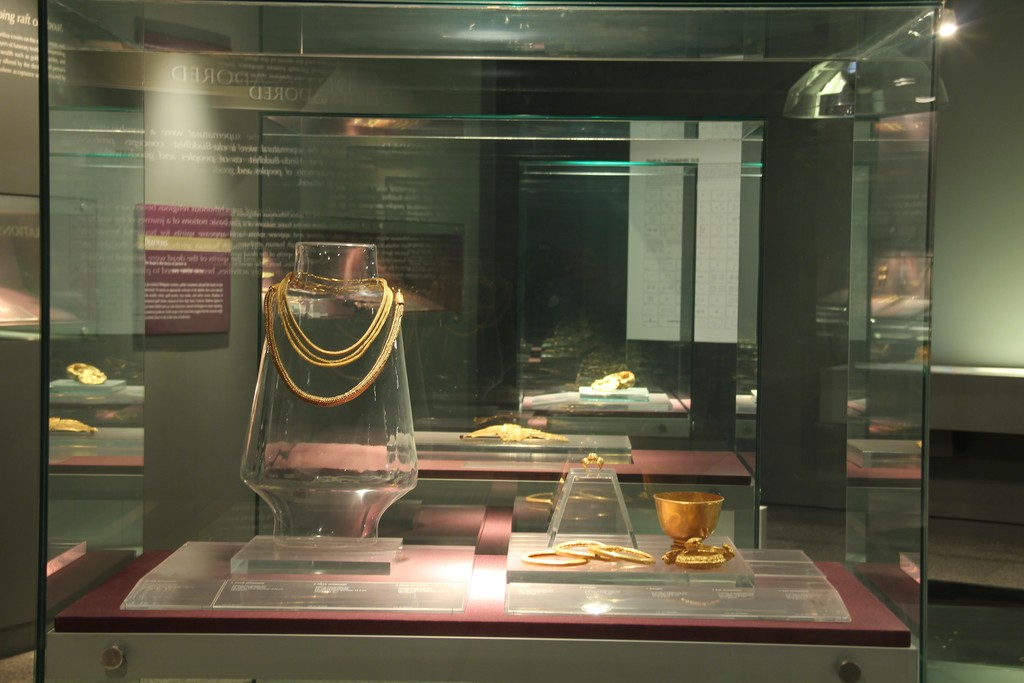 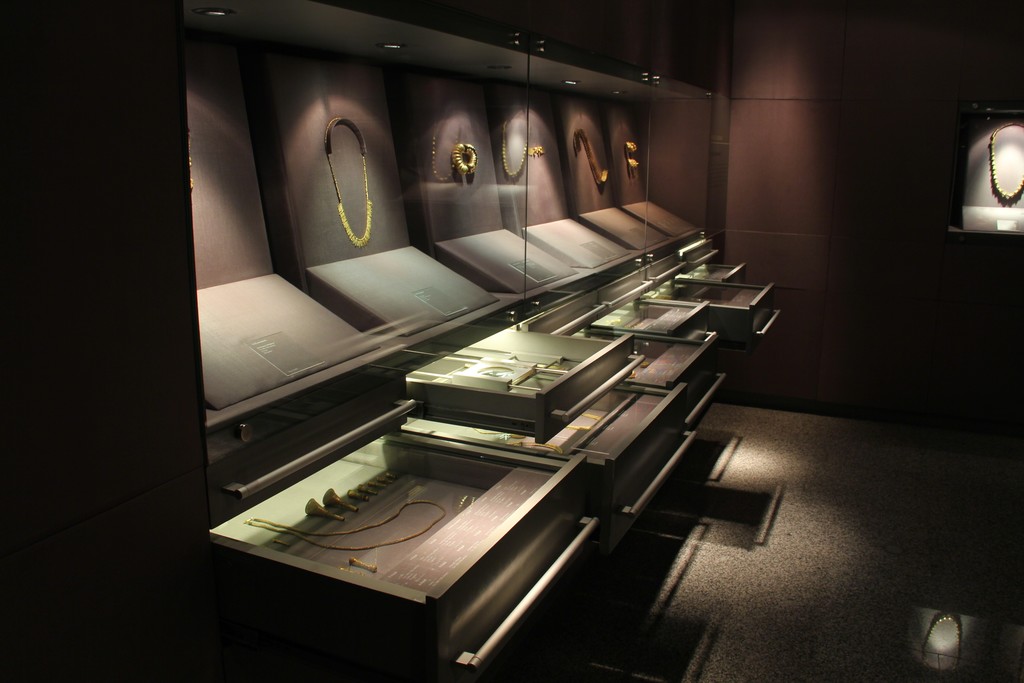 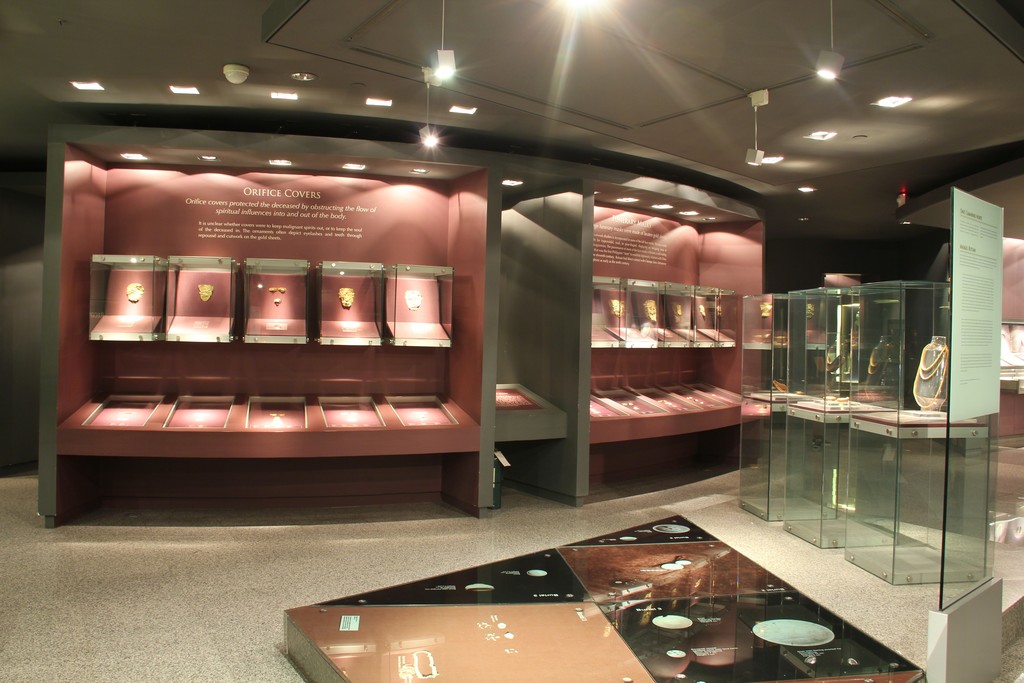 This exhibition of 1,059 gold objects dating to the tenth to thirteenth century celebrates the sophisticated cultures that flourished in the islands that came to be known as the Philippines after Western colonization in the sixteenth to the twentieth century. While some of the objects found in this collection are likewise represented in other collections, many objects in this exhibit are unique and have never been seen in public.

A dramatic succession of high points leads to the exhibit’s treasure—the golden Sacred Thread. Until now, this prized object has been known only through a watercolor illustration in the sixteenth century-manuscript called the Boxer Codex, now in the collection of the Lilly Library at Indiana University. These lustrous objects bear witness to a golden age of Philippine culture when the islands shared political, religious, cultural, and economic affinities with their Austronesian-speaking neighbors, in particular the people of the Indonesian archipelago to the south.

Precolonial affinities with Southeast Asian cultures are affirmed by related iconography, such as anthropomorphic images of the pre-Hindu type, and Hindu-Buddhist icons such as the extraordinary Agusan Image believed to represent the Tantric Buddhist deity, Prajnaparamita. Previously unknown ornament types such as large garuda pendant earrings point as well to connections between the Philippine Islands and Indonesia.

"A Golden Era: Death and the Afterlife" situates the archaeological material in the context of related collections in the region, such as those in Java and Vietnam. Archaeological interpretation of this spectacular collection spurs major revisions in the understanding of Philippine and Southeast Asian history. Re-creations of three archaeological sites (Daet, Nabua, and San Juan Hill) and accessible interventions illuminating the science of archaeology are incorporated in the design. The purpose of this section is to explain how archaeology allows the retrieval and reconstruction of the past, and how valuable resources transferred to funerary offerings become major sources of knowledge for the living.

The exhibition Gold of Ancestors is curated by Florina H. Capistrano-Baker, Ph.D. is part of the tripartite exhibition entitled Crossroads of Civilizations. It has been on permanent view at the Fourth Floor Galleries of Ayala Museum since 1 May 2008.