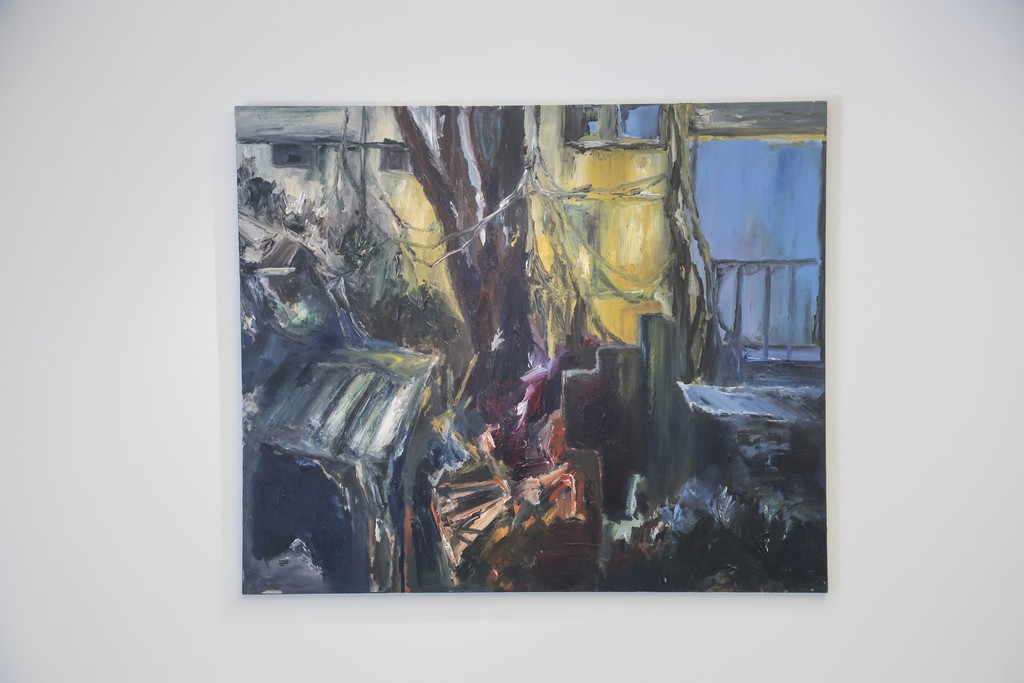 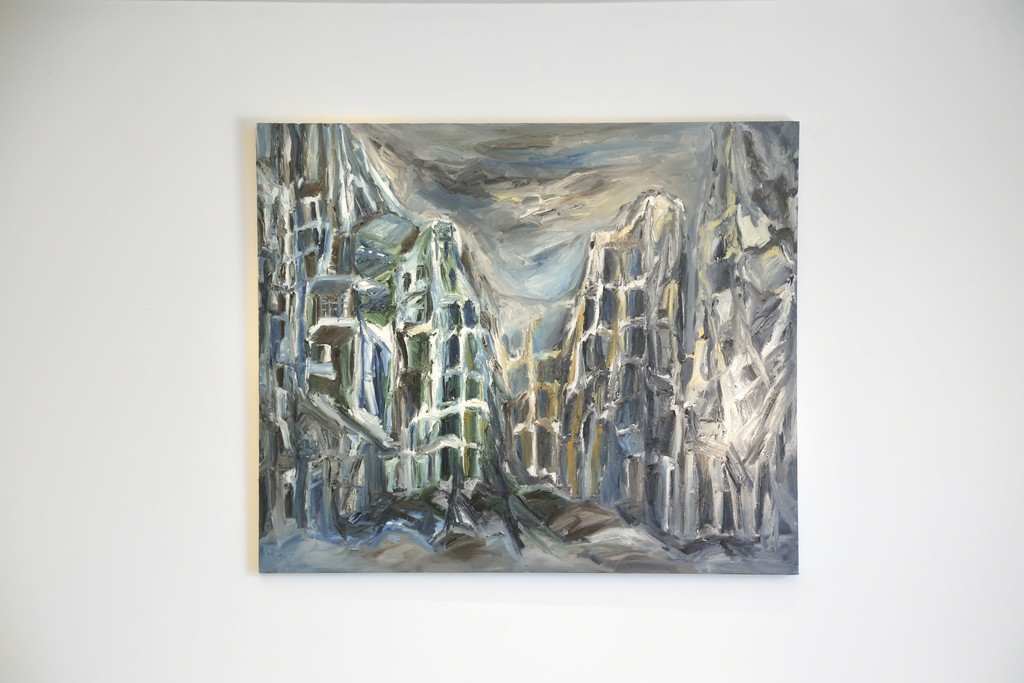 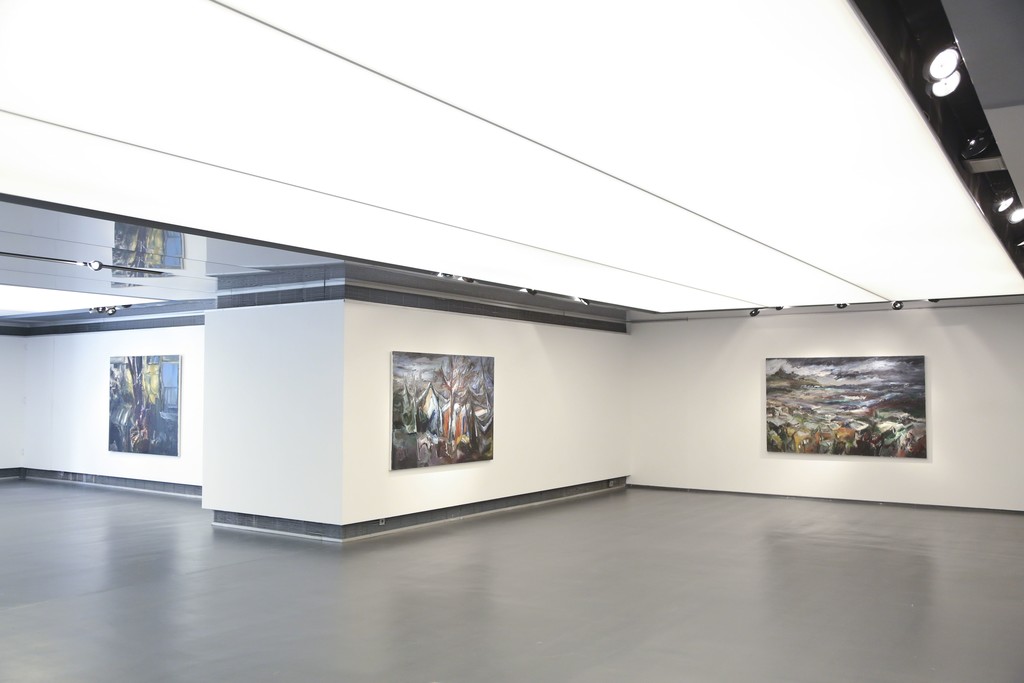 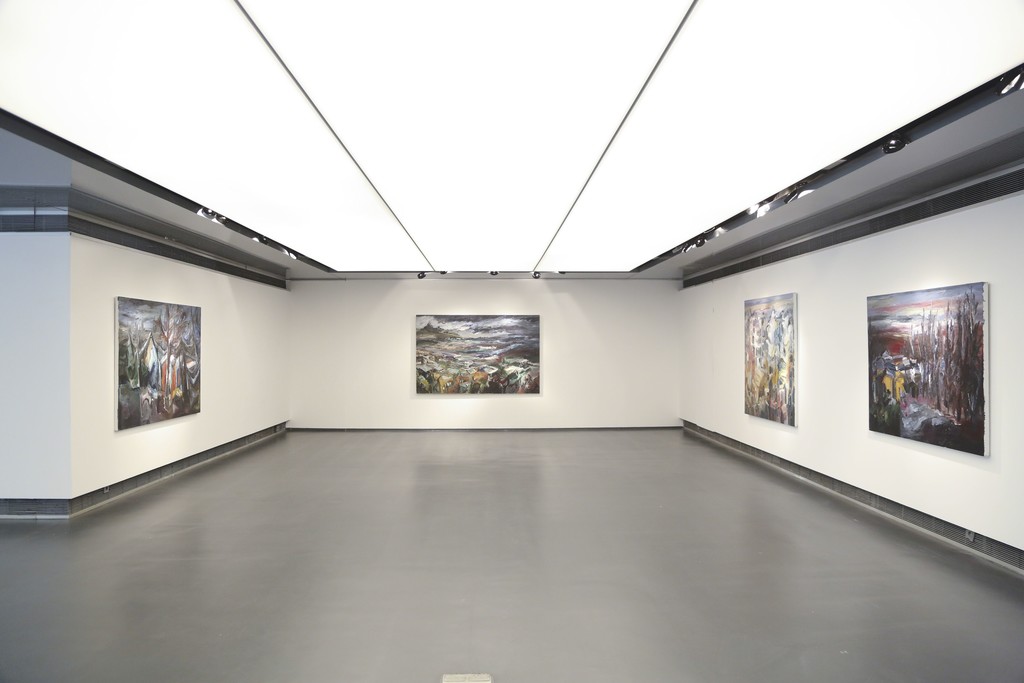 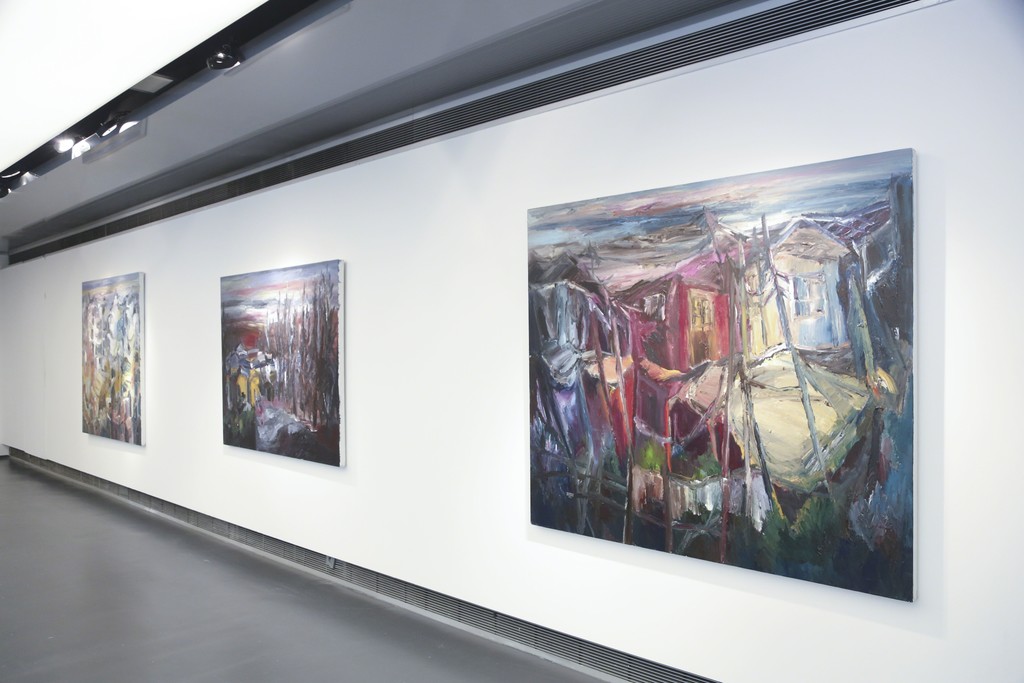 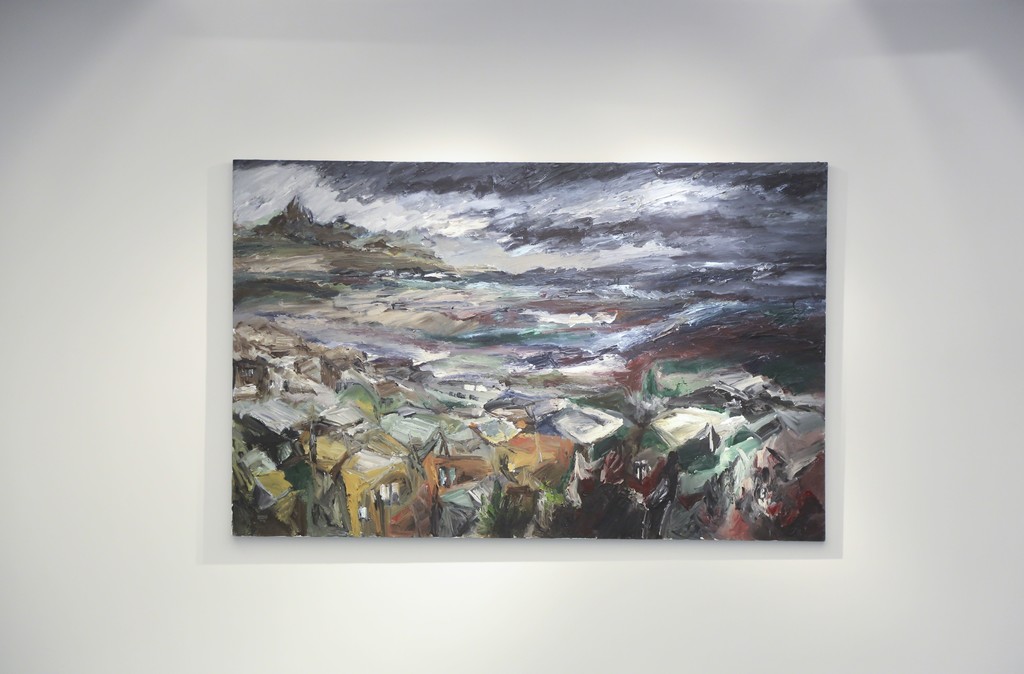 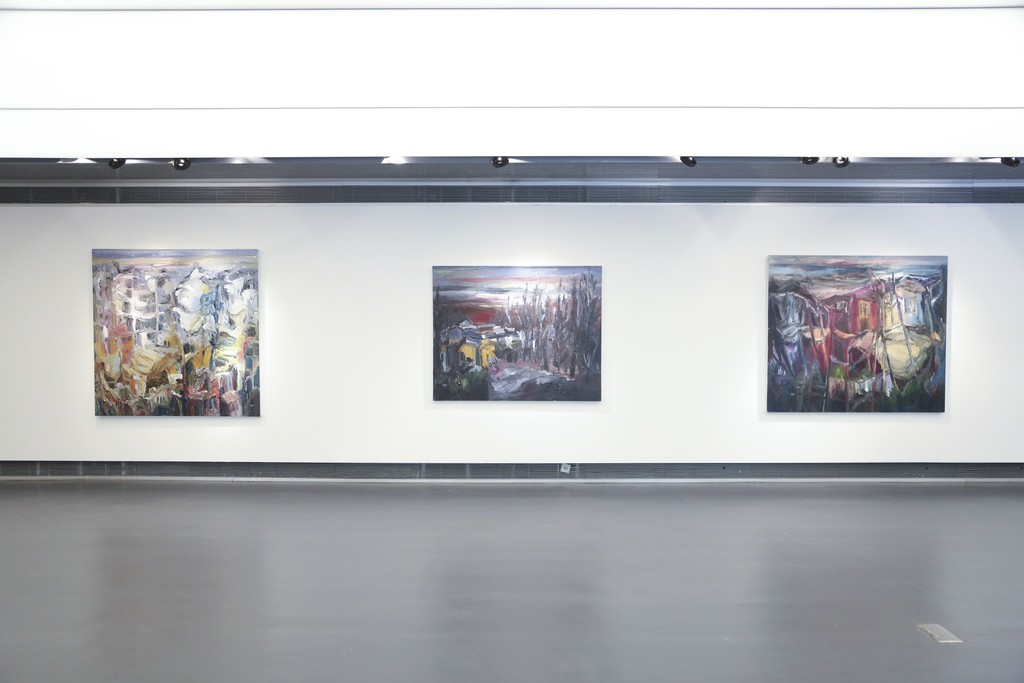 Fathallah Zamroud’s vivid canvases depict temporary dwellings and abandoned sites, bringing to centre-stage the unmistakable effects of war on the urban fabric, marked by makeshift structures and nature taking its course, allowing vegetation to stand witness to the passing of time. Void of any human gures, the viewer stands alone before these large, silent canvases denied identi cation with an imagined subject. Peacefulness in these canvases is paradoxical; their gestural brushstrokes and uid lines echo the tangible marks left by tragedy upon buildings and landscapes, and serve as testament not only to trauma and strife, but also to hope and determination.

Behind makeshift homes, the sky seems to collide with a eld below, as though a ravaging storm has descended upon the scene, splintering everything in its path. Like a roaring sea of colour encroaches on a densely built neighbourhood of dilapidated buildings in the foreground. The expansive but tempestuous background is rendered as rapidly drifting clouds and rolling hills moving in unison. Together, these elements are reminiscent of the force of nature that is found in the landscapes of Austrian expressionist Oskar Kokoschka. Like the early twentieth-century artist, Zamroud approaches such scenery as allegorical terrain, as the struggles of man are mapped in shifting, foreboding scenes. The overriding formalism of both is the abstraction of reality, as landforms are broken down into self-referential brushstrokes and gestural applications of colour.

Born in 1968, Fathallah Zamroud is a painter of Syrian-Lebanese background. He studied Interior Architecture at the Lebanese American University prior to embarking on a seven-year studio intensive with painter Louna Maalouf. Zamroud’s work spans various drawing and painting techniques, often inspired by passionate photographing of sites of destruction and abandonment. His recent paintings re ect a critical perception of space that has come with his training in architecture and ne art, and his interest in the rigorous brushstrokes and empathetic use of color of German Expressionists. In 2014 Zamroud ’s work was exhibited in Material Remains at Ayyam Gallery. Two years later, he is commissioned a large work for the 2017 Sharjah Biennial. His new work will be highlighted in solo exhibitions at Ayyam Gallery Beirut (2017) and Ayyam Gallery Dubai (2018) during Art Dubai.