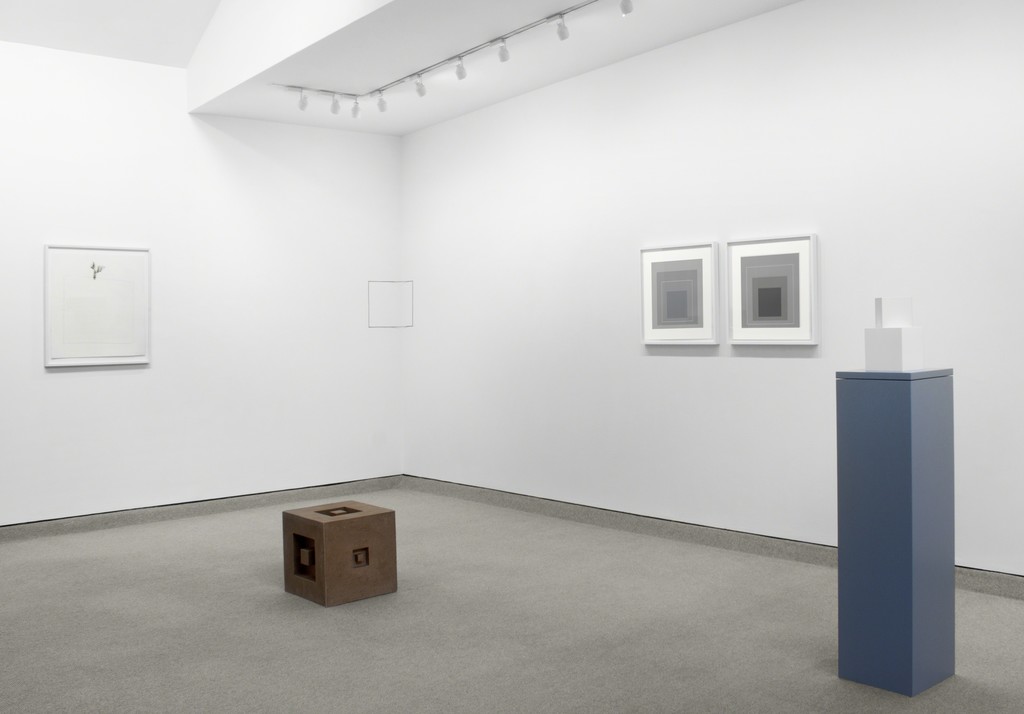 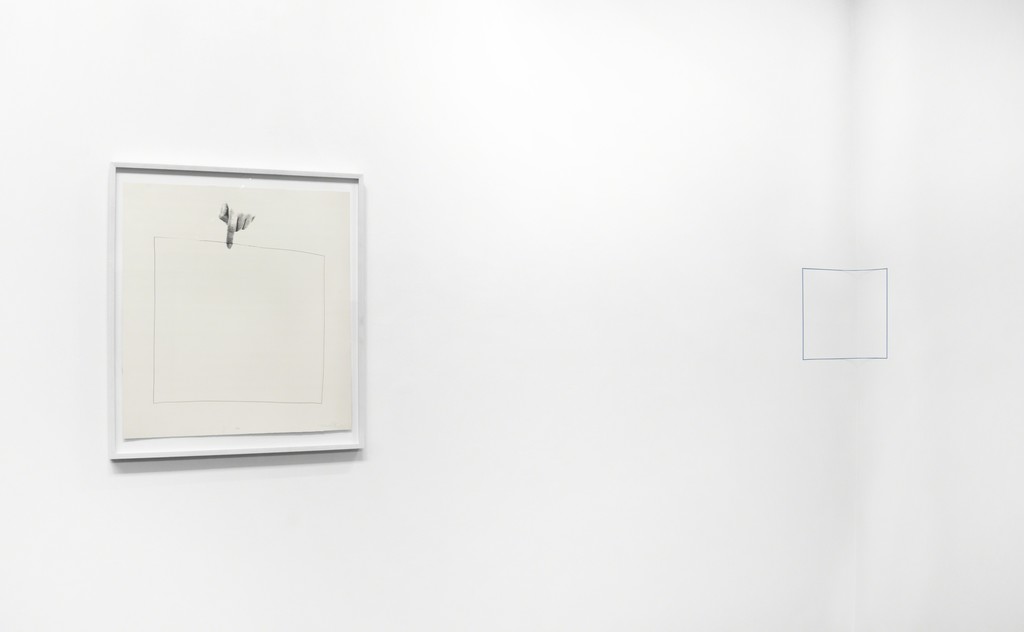 From left to right Liliana Porter and Fred Sandback. 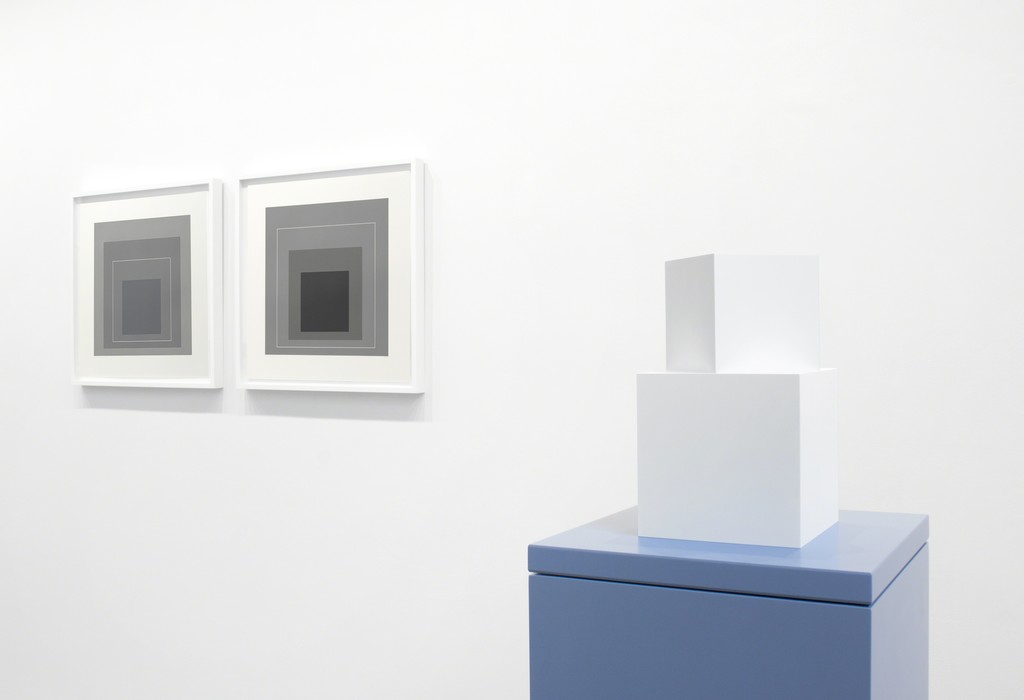 From left to right Josef Albers and Sol LeWitt. 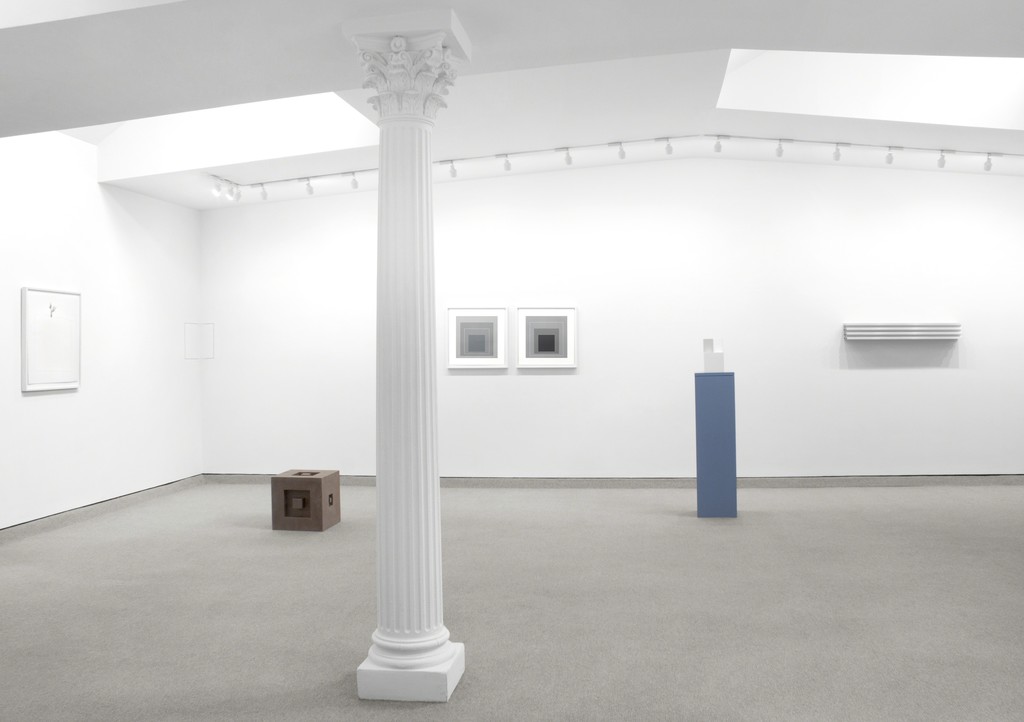 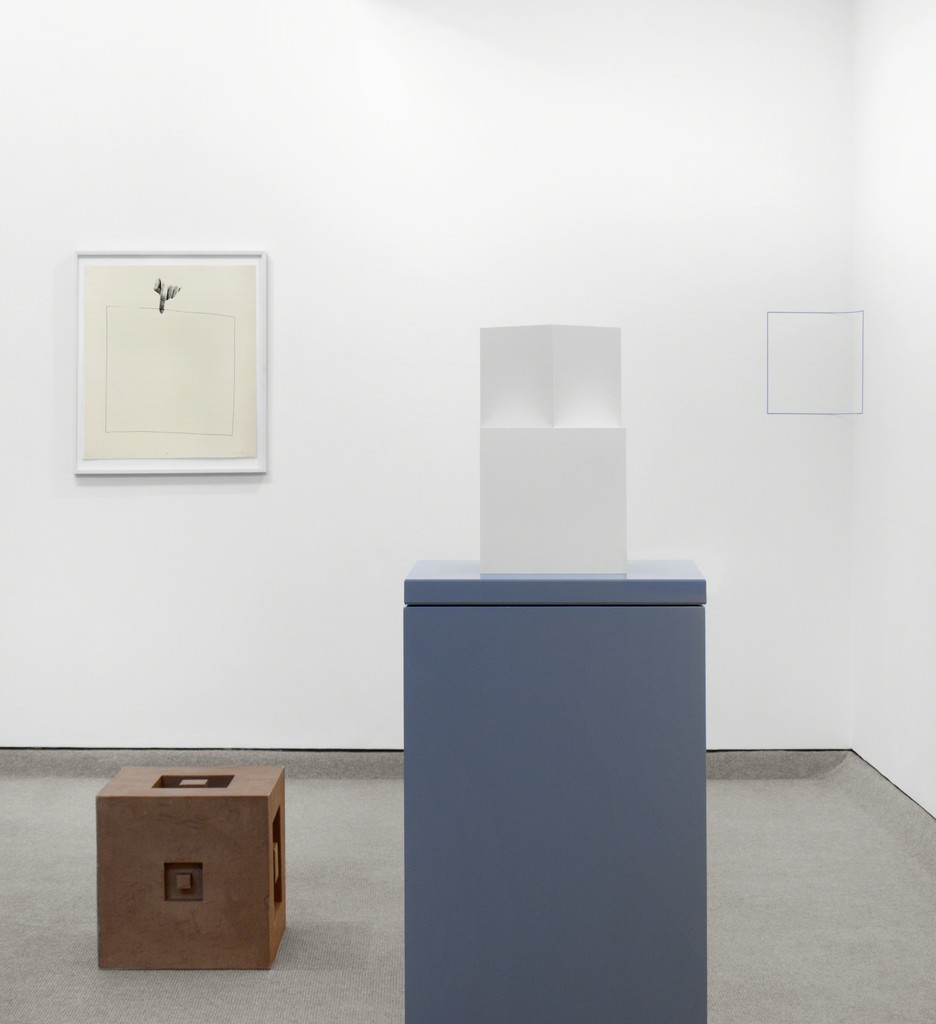 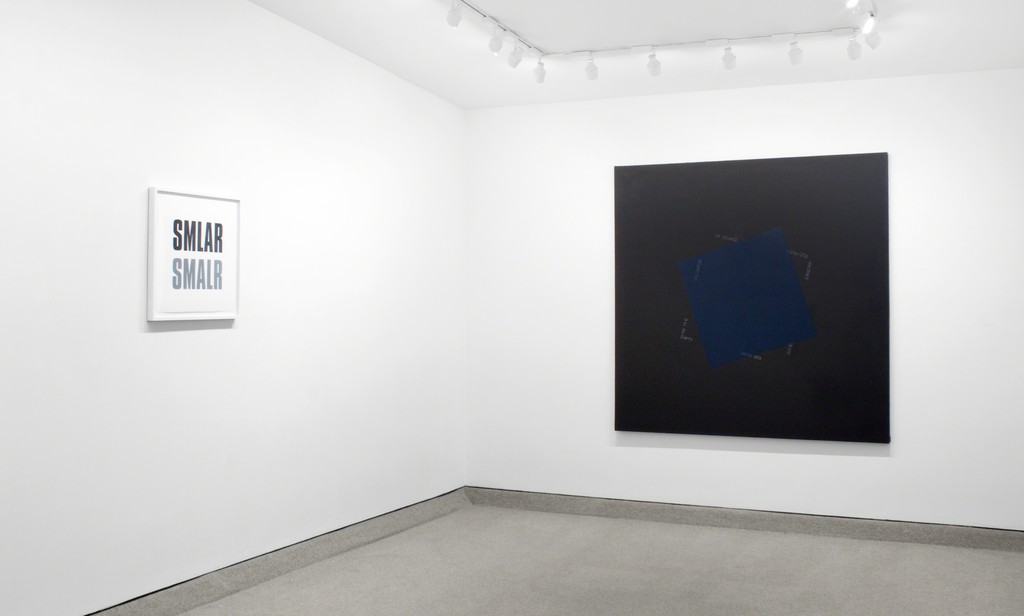 From left to right Kay Rosen and Robert Barry. 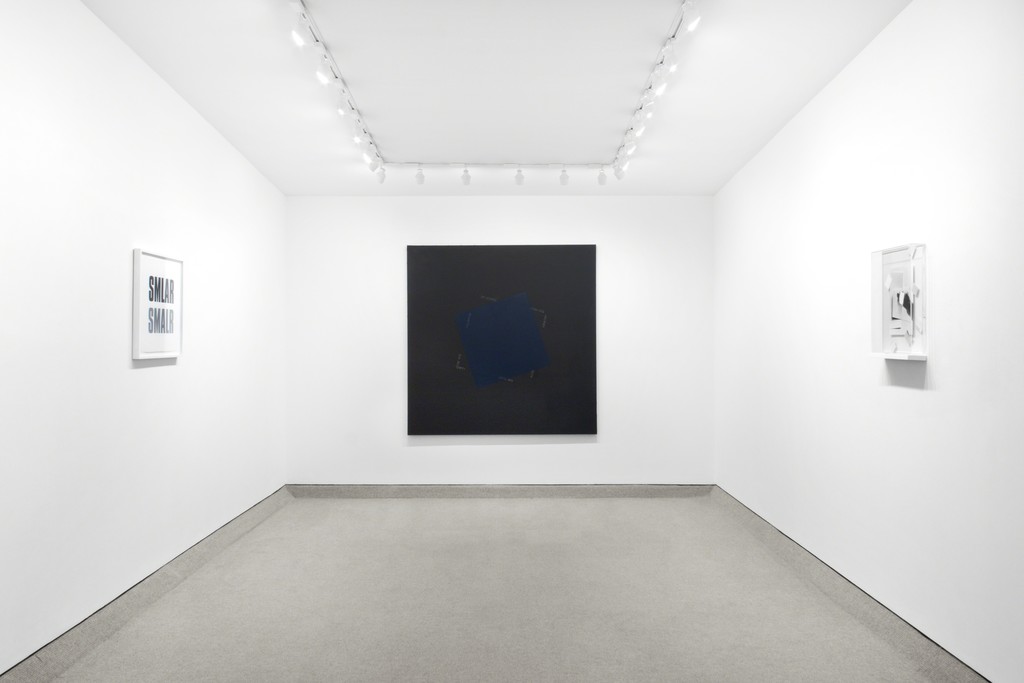 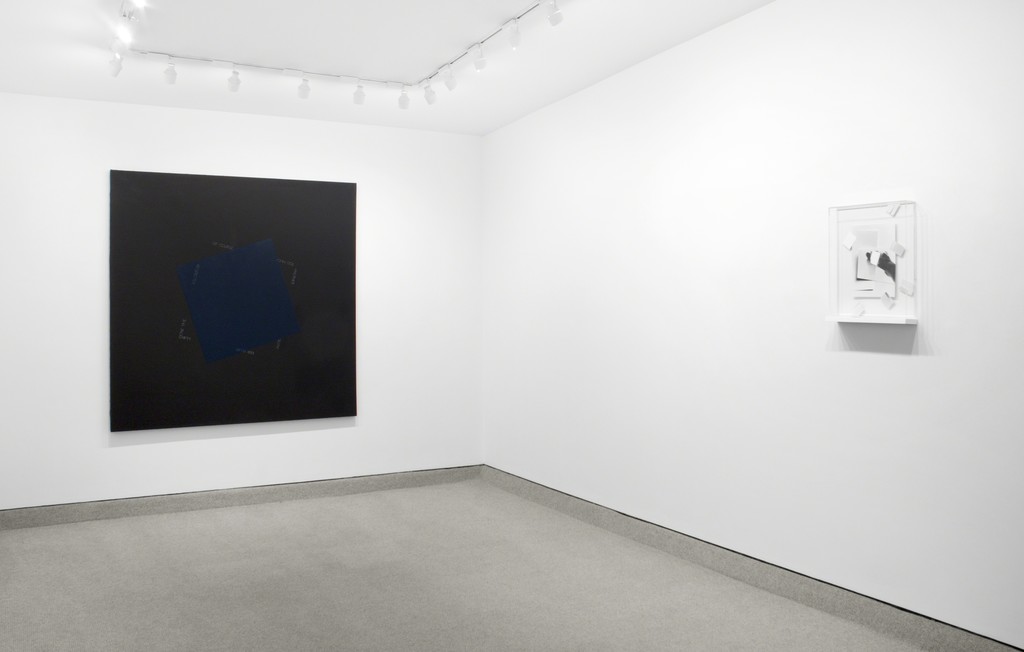 From left to right Robert Barry and Giulio Paolini. 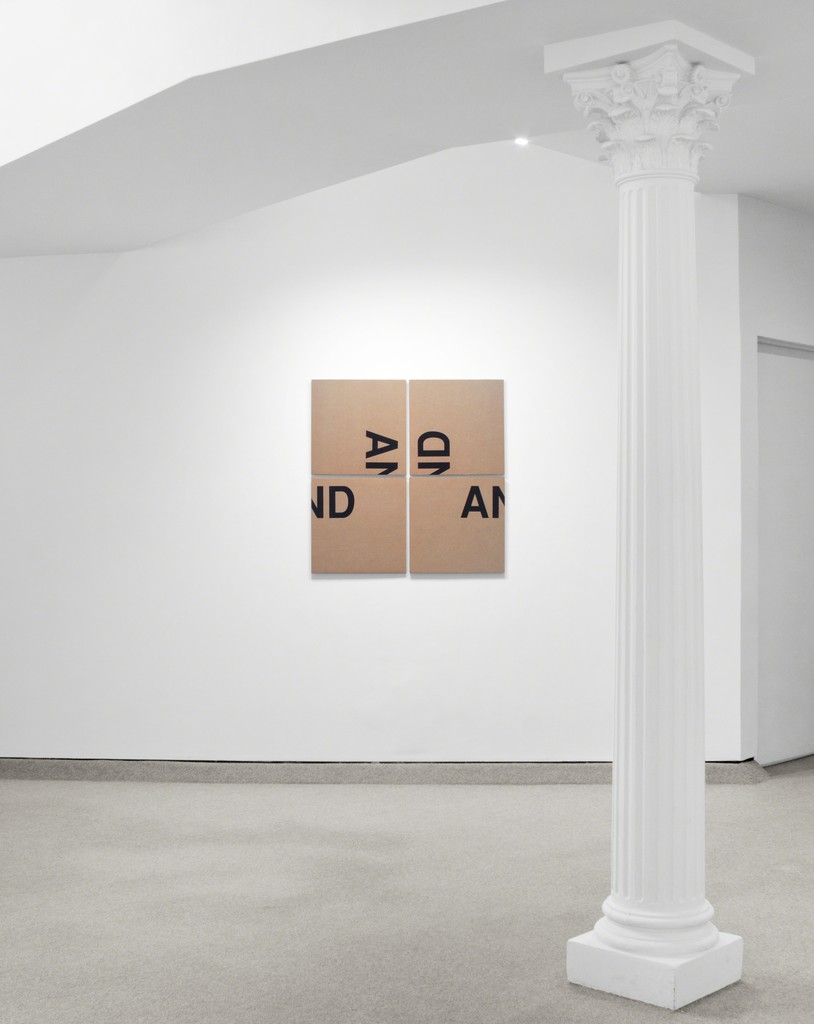 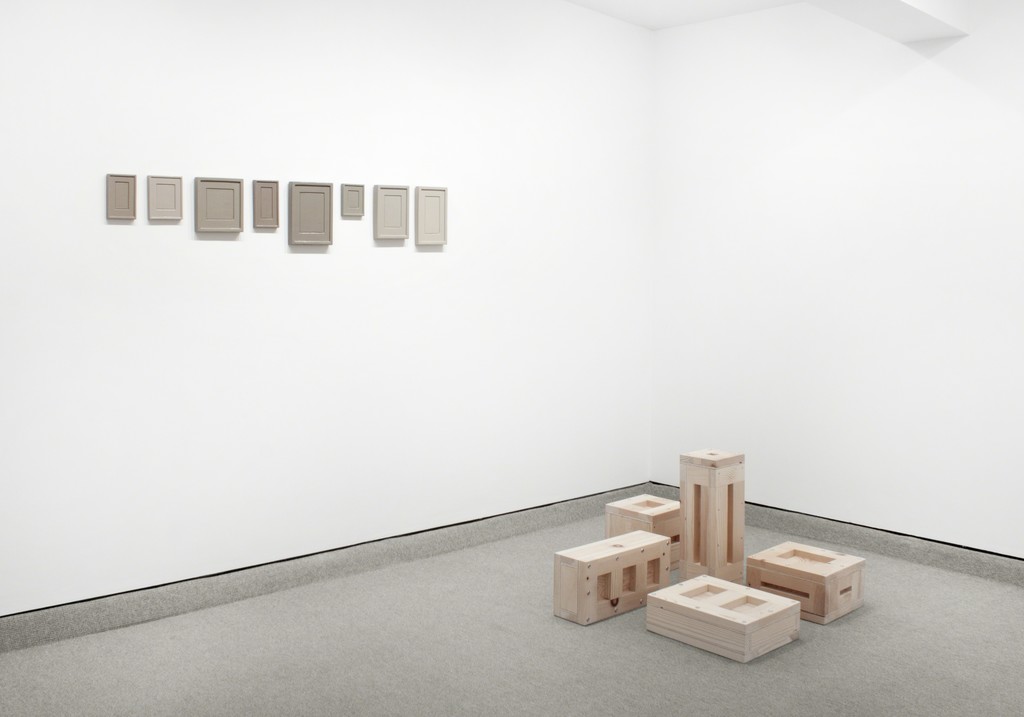 From left to right Alan McCollum and Richard Artschwager.

Barbara Krakow Gallery’s latest exhibition, Equal Dimensions, began as a simple attempt to show works that utilize the square, yet quickly developed into a presentation of pieces that, while using rectilinear forms, are more about equality through comparison than just formal similarities.

Each artist has chosen which basic building blocks of formal composition to utilize (the exhibition runs the gamut from full-on pictorial representation to absolutely formal abstraction) in order to give viewers the opportunity to not only identify the materials, actions and images used, but to investigate purposes and results through intellectual and perceptual experiences.