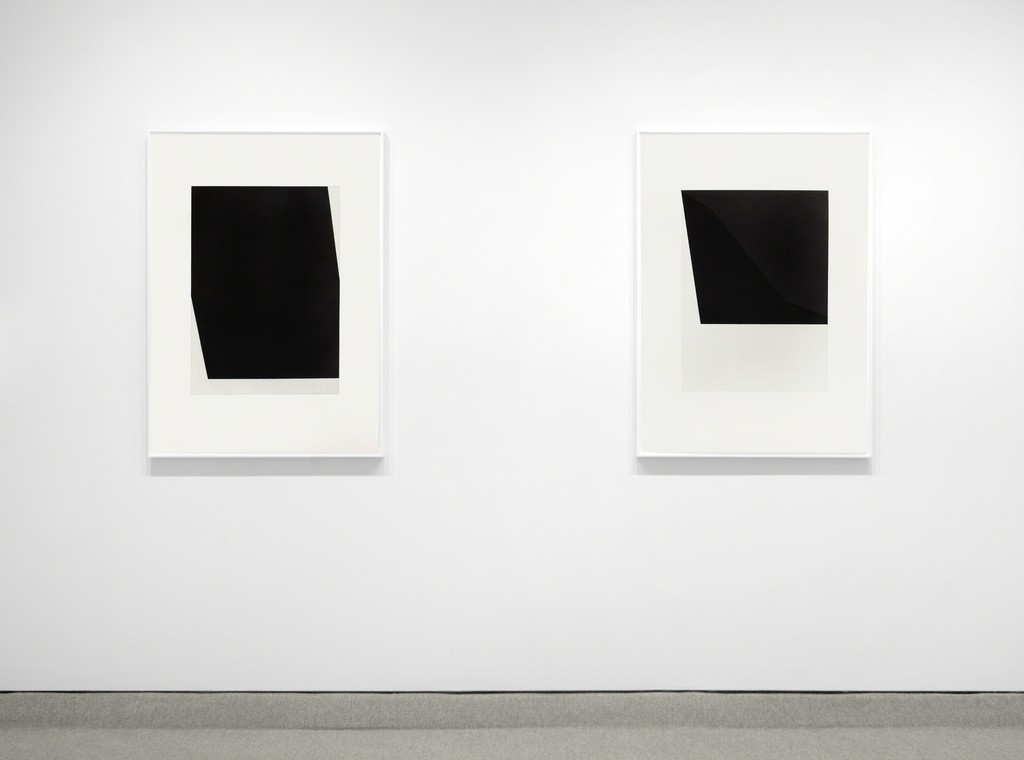 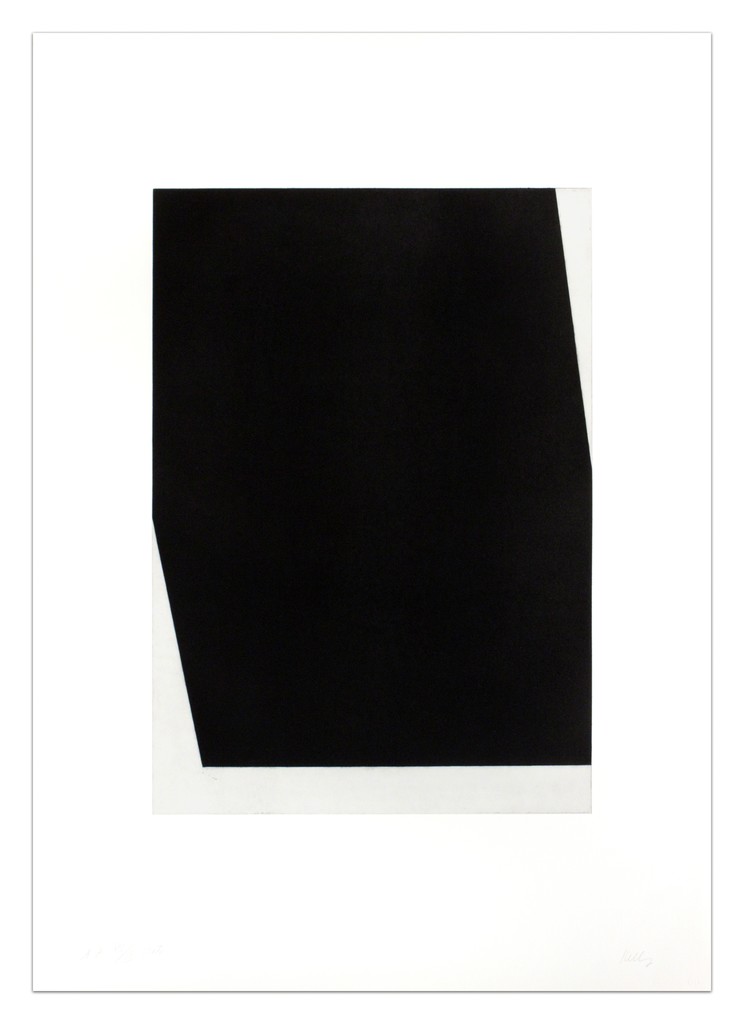 Ellsworth Kelly "Concorde I (State) from The Concorde Series", 1982 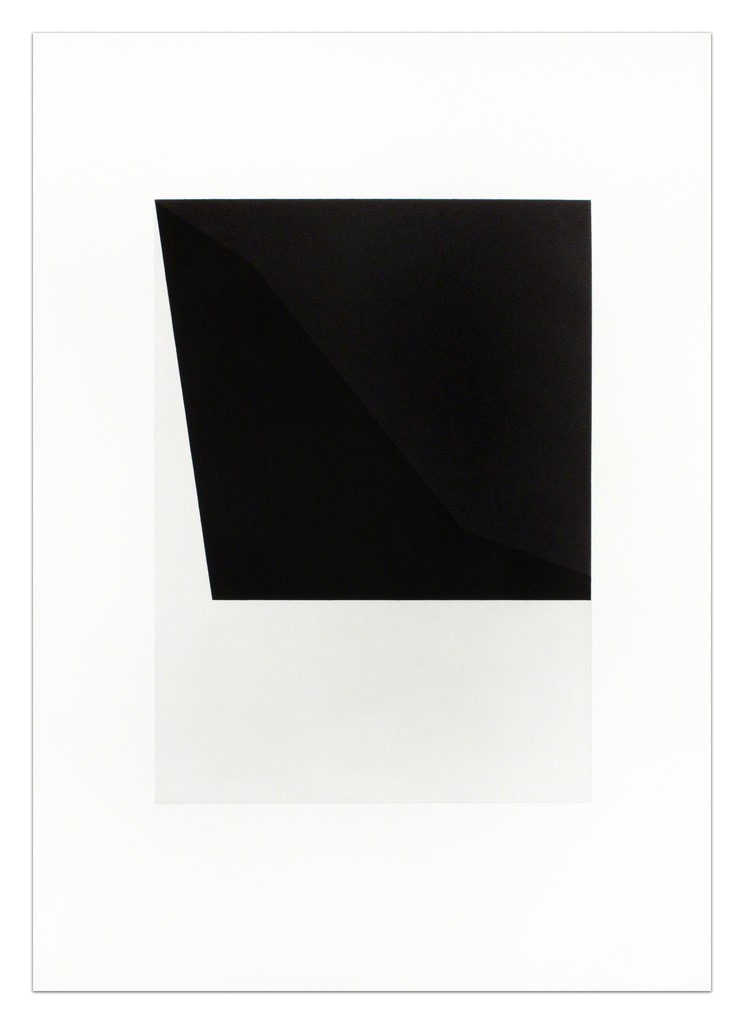 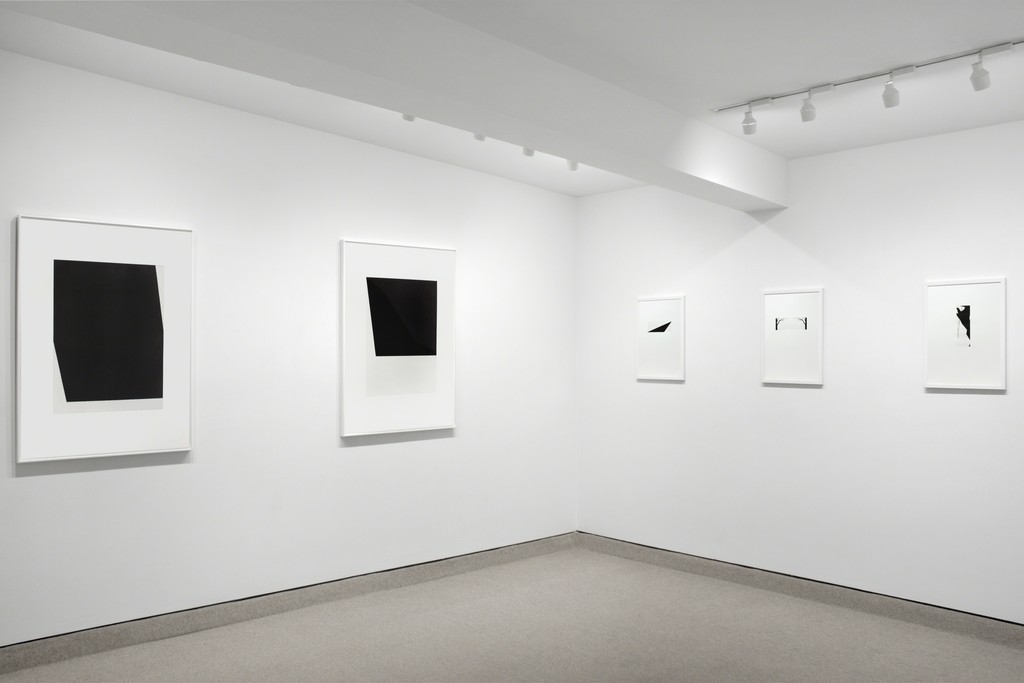 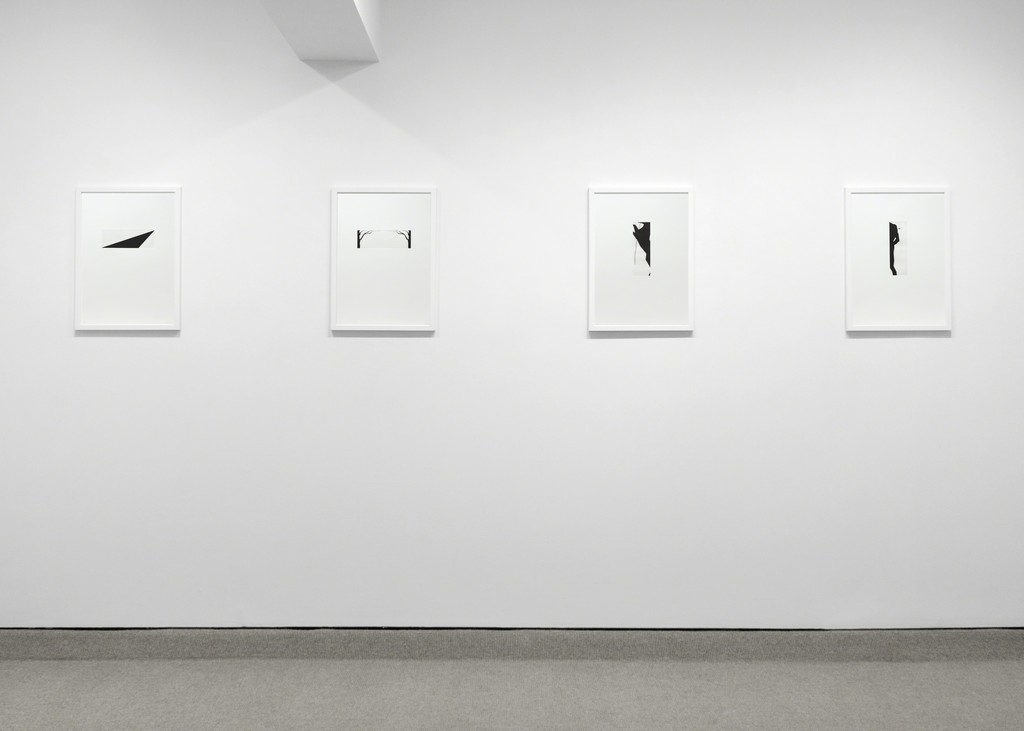 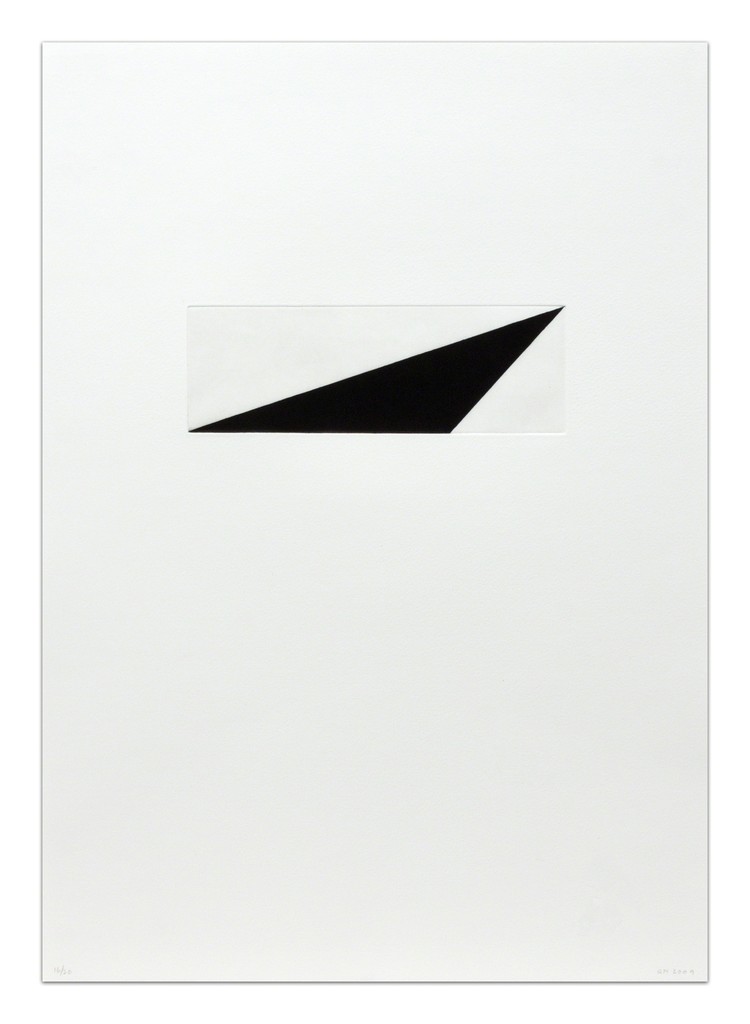 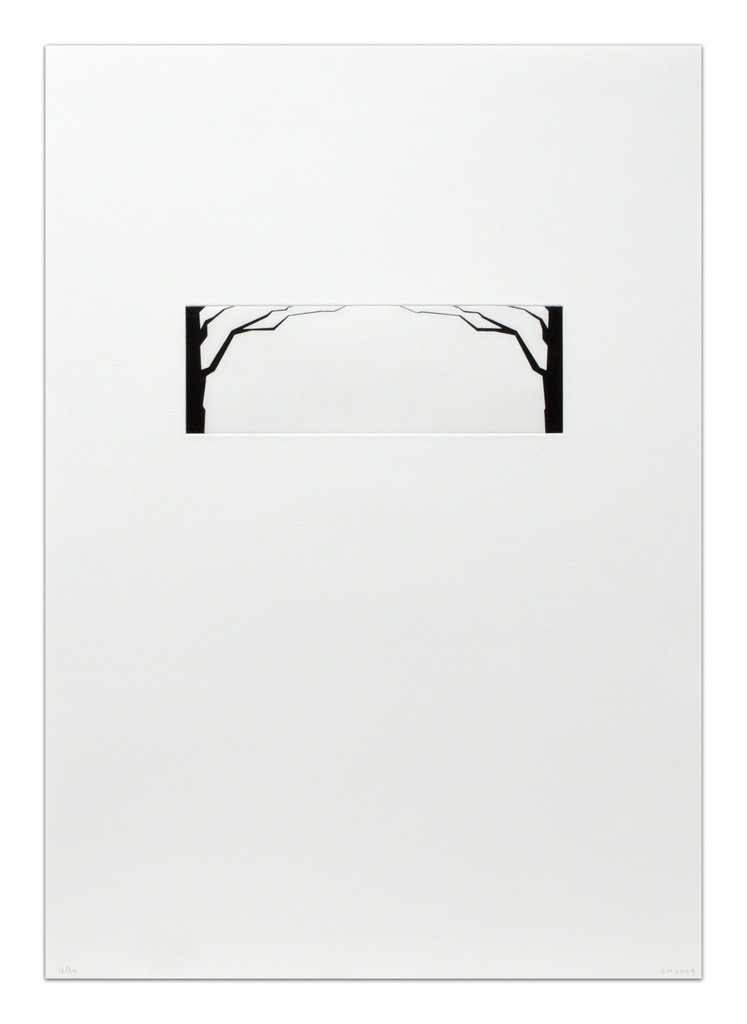 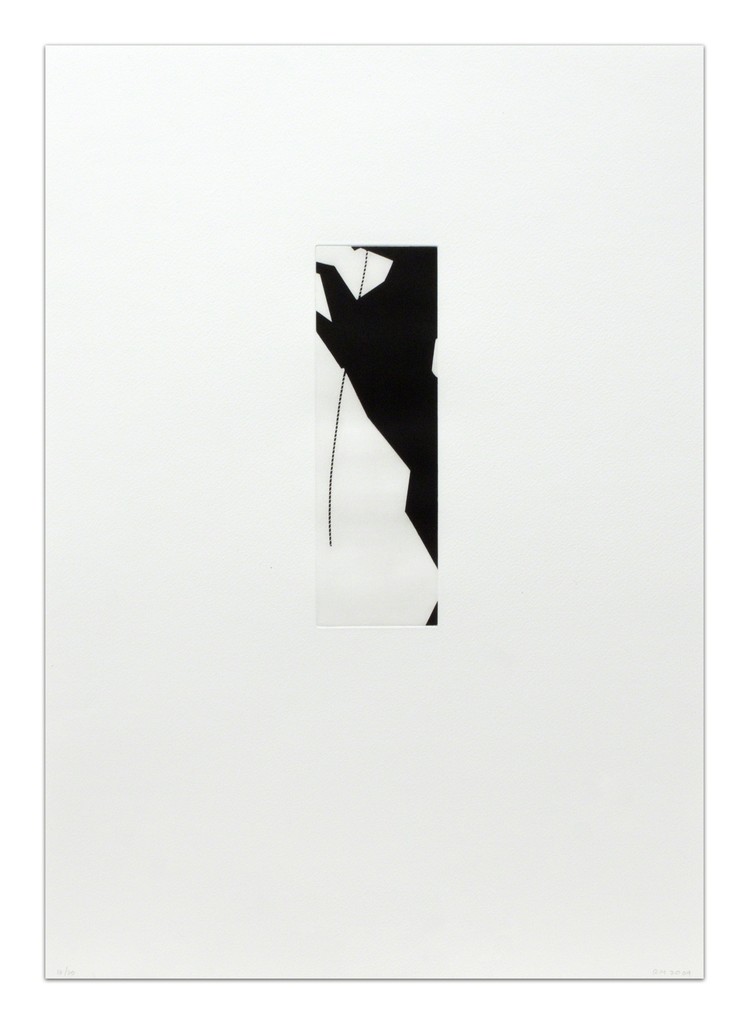 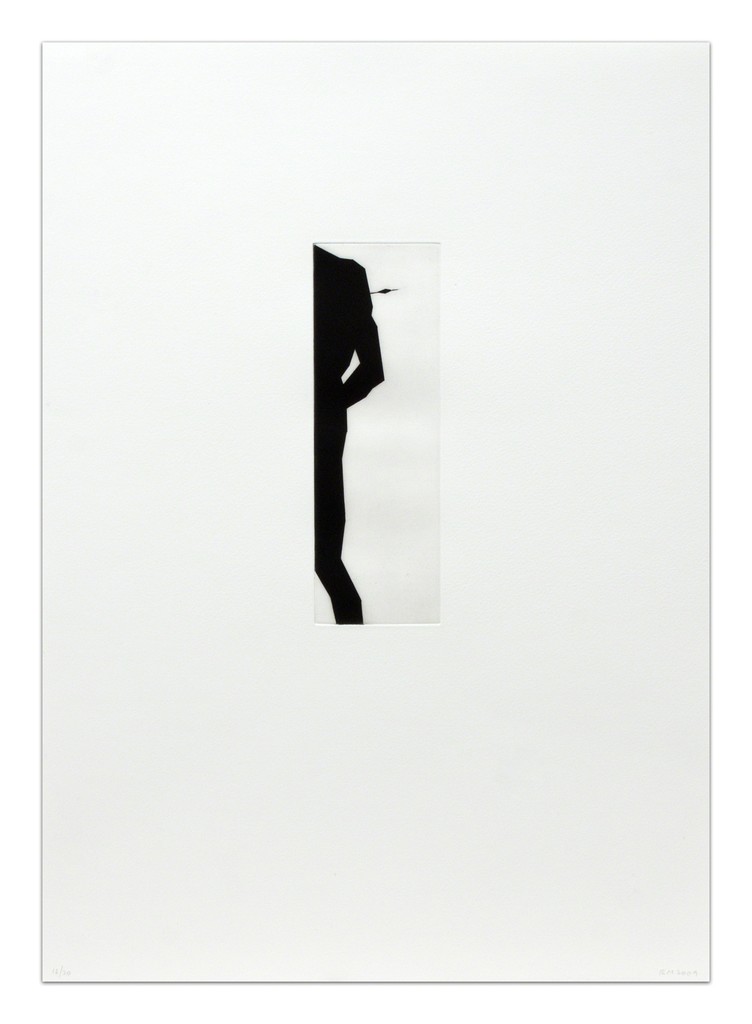 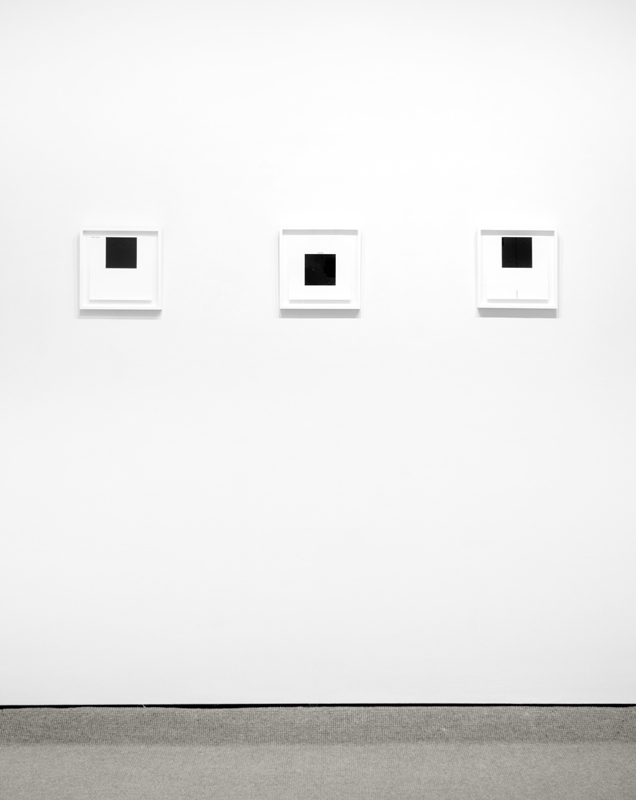 "Reduce, Repeat, Reuse" presents three artists, all working with black ink on paper in order to explore understandings of representation, image creation and the page as a place of comprehension.

Ellsworth Kelly has spent a career constituting, not depicting, space. He started exploring the "Concorde" motif as early as 1958 as a sculptural relief. In 1982, he created a number of etchings honing some of his interests. The two etchings exhibited here both engage pictorial and 'real' space by using the plate marks (caused by the etching process) in dialogue with the forms and textures of the inked areas to create both an image and a physical, sculpted surface.

In his essay for the 1989 monograph "Robert Moskowitz", curator Ned Rifkin described Robert Moskowitz’s work as a "significant link between the Abstract Expressionism of the New York School and the ‘New Image Abstraction’ painters of the mid-1970s.” Describing the artist’s use of both abstraction and representation, Rifkin states, "In his unique way, Moskowitz has polarized these ideas, pulling them sufficiently apart so that each has overlapped the other, fused again in an original visual language that he has successfully employed to express his inner-most feelings and define his insights about creativity, vitality, and the ever-unknown realm of the imagination." The four etchings in this exhibition, individually and as a suite, present the balance of subtle specificity and bold legibility for which the artist is well known. As a bit of history, Moskowitz had his first one-person show at the of age 27 at Leo Castelli Gallery, New York in 1962; his work was also included in the important exhibition, New Image Painting at the Whitney Museum in 1979, and he had a mid-career survey, organized by the Hirschhorn Museum, Washington DC, that also went to the La Jolla Museum of Contemporary Art, California to MoMA, New York.

Peter Downsbrough’s three works on view, all from 2009, illuminate his iconic focus on the use of words as graphic devices to be engaged, read and questioned. The two dimensional surface of the paper becomes a site where a viewer recognizes one’s assumptions, learns how to read how one 'reads an image' and thus re-comprehends simple images and symbols as complex open-ended situations. The artist, who currently has two exhibitions and a new outdoor project all in Berlin at the moment, is a pioneering conceptual artist who has focused on the relationship between place, space, time and comprehension for well over 40 years. Several early works were recently exhibited at MoMA in NY, along with numerous exhibitions across the European continent.