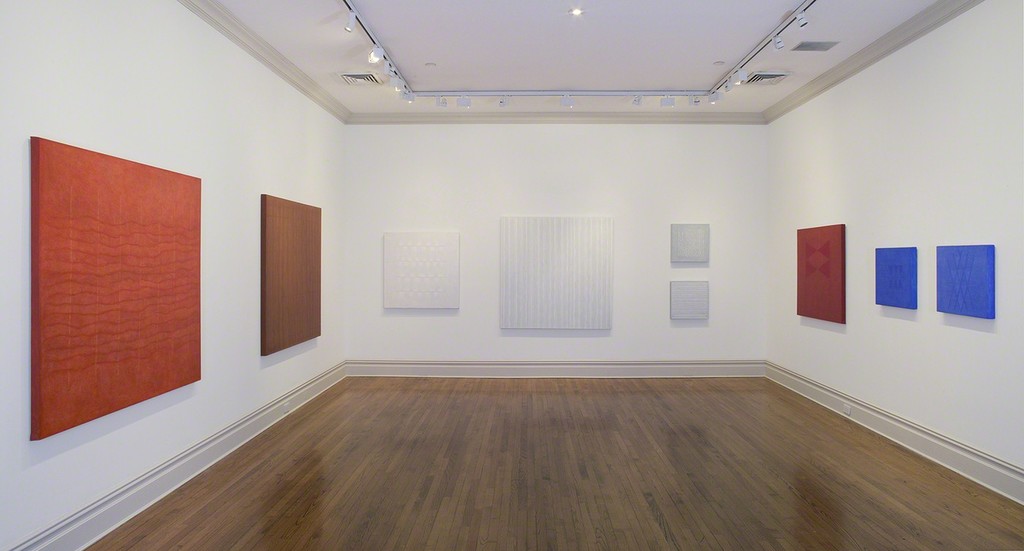 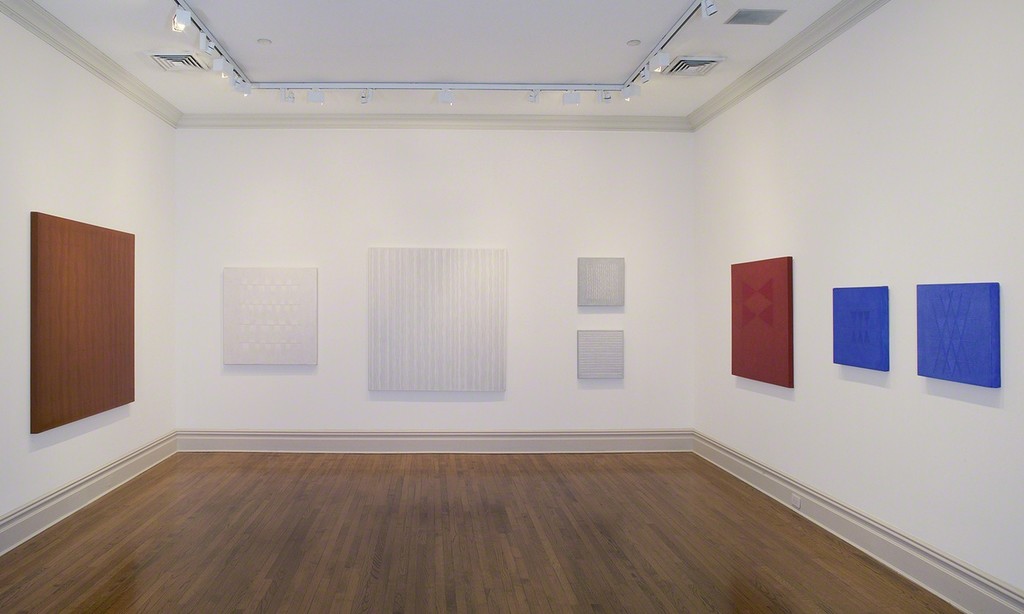 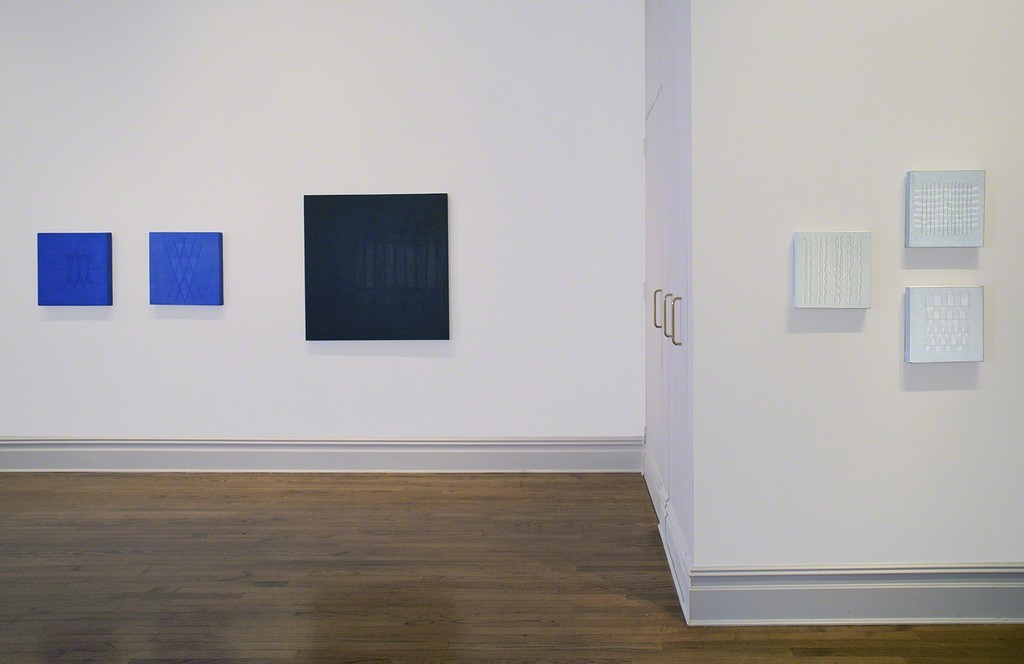 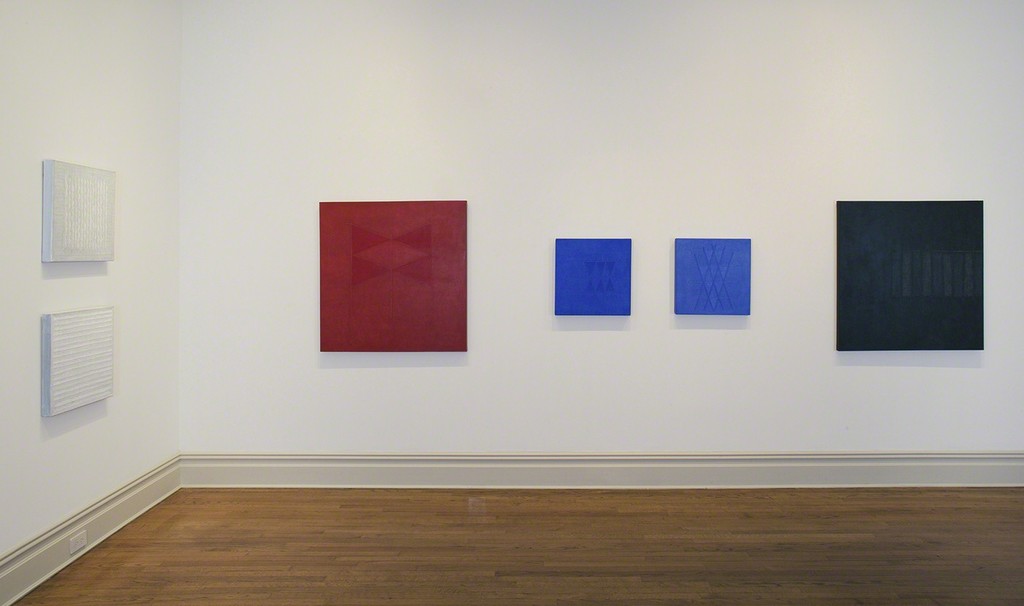 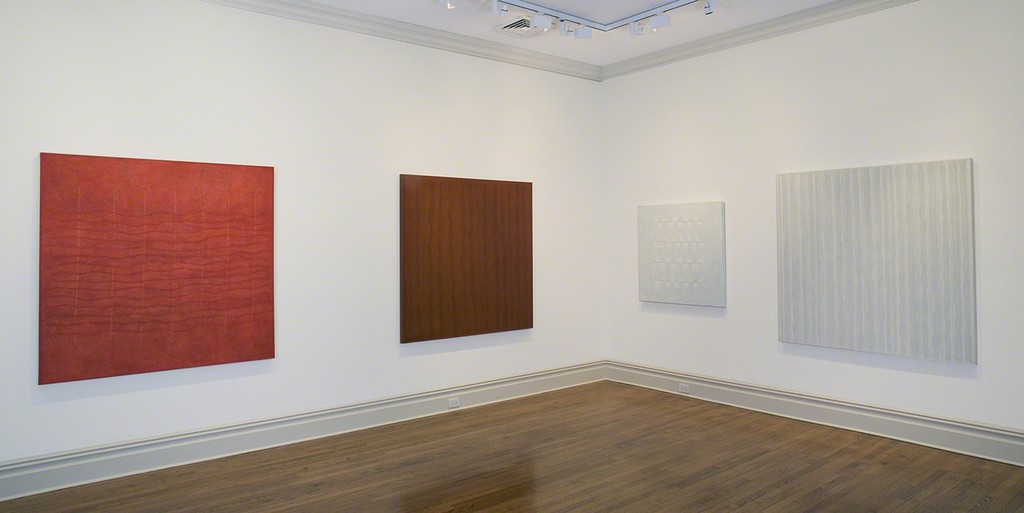 Barbara Mathes Gallery is pleased to announce Edda Renouf: Sounds of Time, an exhibition of Edda Renouf’s paintings and drawings from 2006 to 2016. Although widely exhibited internationally, a solo show of the artist’s paintings and drawings has not been seen in the United States since her 2004 exhibit at the National Museum of Women in the Arts in Washington, D.C. Renouf’s meditative and tactile work is based on a deep engagement with her materials. In her attention to chromatic subtlety and pared-down geometries, Renouf’s art has often been related to Minimalism. However, her organic pictorial vocabulary, the lyricism of her forms, and her exploration of process result in work that is profoundly unique.

Fascinated by the physical qualities of linen, Renouf removes and repositions threads from the weave of her canvases before applying glazes of acrylic paint and sanding the paintings’ surfaces. Similarly, in her works on paper the artist incises lines before drawing in ink or after applying chalk or oil pastel. This process reveals the inherent structure of her supports which become not simply grounds onto which an image is imposed, but rather integral components of her compositions. In Sign 9, Autumn Gate (2007) the removed and reapplied threads create geometric yet organic triangular shapes with the simplicity of hieroglyphs. Indeed, the title of this work alludes to Renouf’s description of the abstract forms uncovered in her materials as metaphors or ‘signs’ that “appear with the removing and reapplying of threads.” The resulting play of positive and negative space also reveals the artist’s temporal process of production: she has asserted that her works are “a record of the days, weeks, months and seasons when they were created.” Temporality is a consistent theme in her art: recurring rhythms recall the cycles of nature, the movement of sound waves, and the durational experience of music, all of which are inspirations for the forms and repetition that Renouf achieves in her singular drawings and paintings.

Born in 1943 in Mexico, Edda Renouf came to the United States in 1957. After receiving her B.A. from Sarah Lawrence College, she studied in New York, Paris, and Munich before receiving her M.F.A. from Columbia University. Her work is in the collections of numerous major museums including the Metropolitan Museum of Art, the Museum of Modern Art, the Whitney Museum, the Art Institute of Chicago, the Centre Pompidou, and the British Museum. Edda Renouf lives and works in Paris.