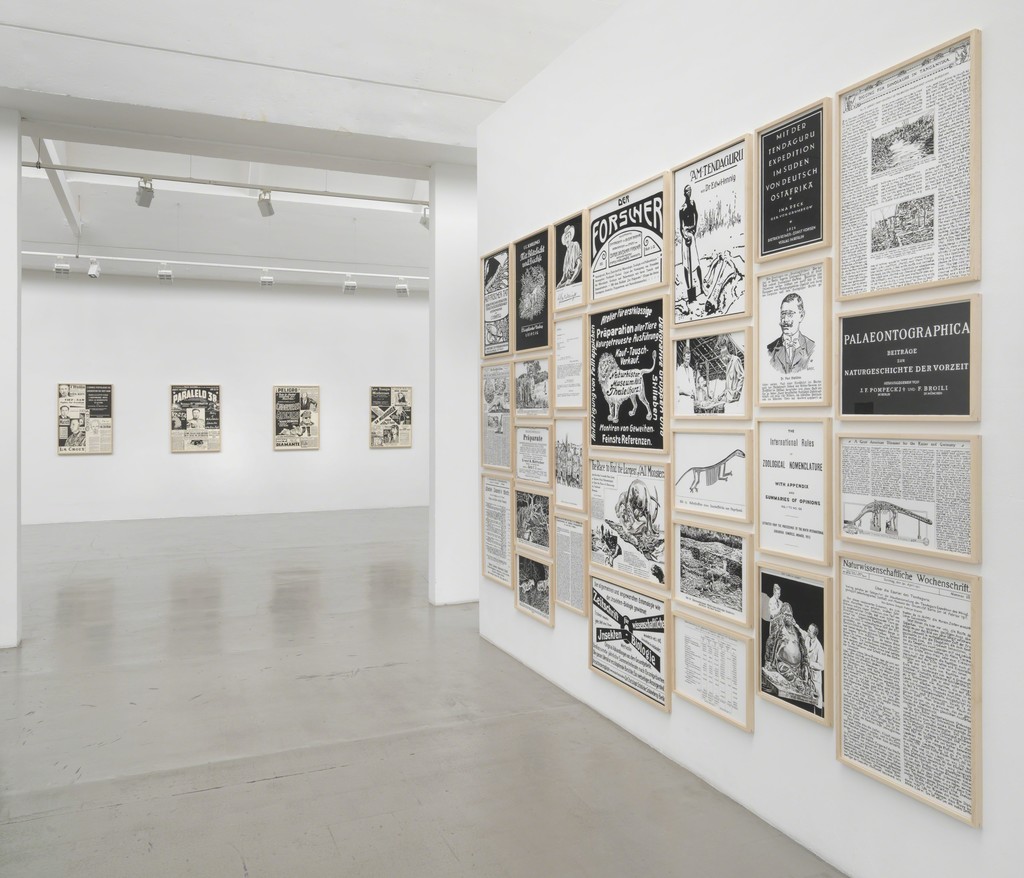 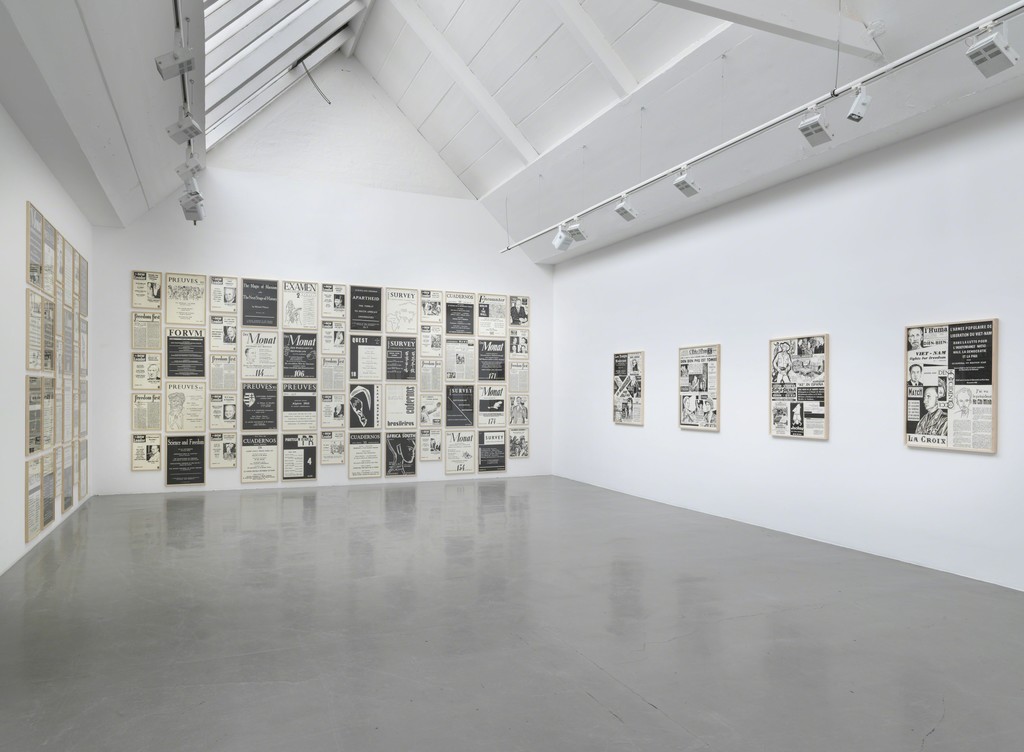 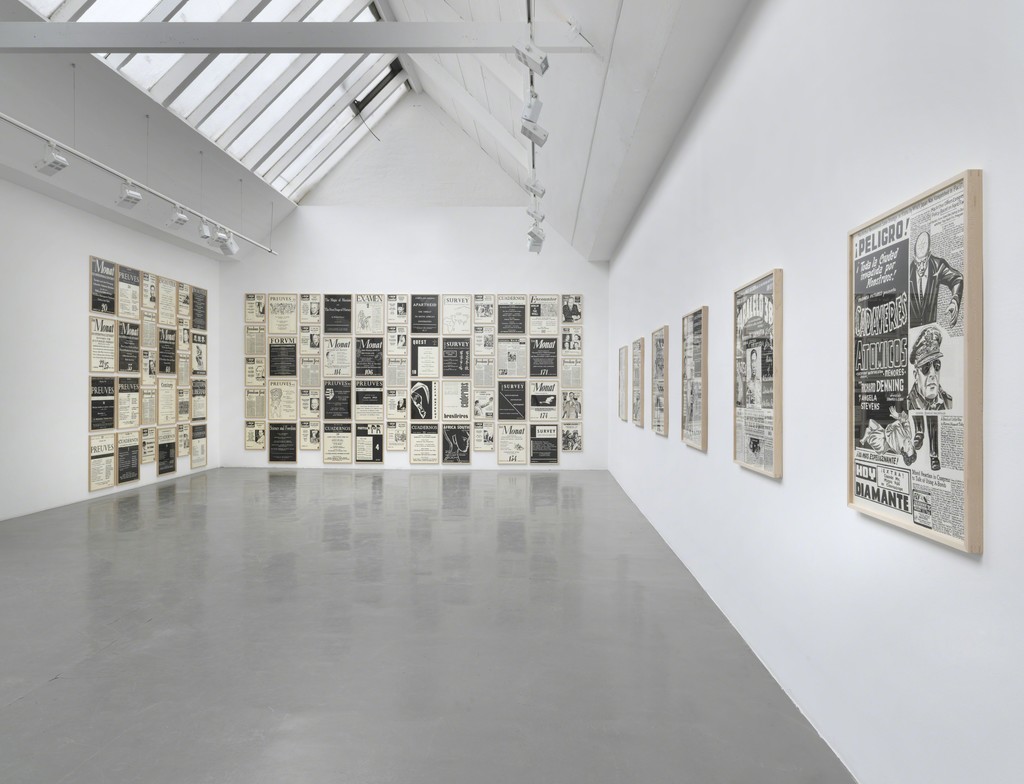 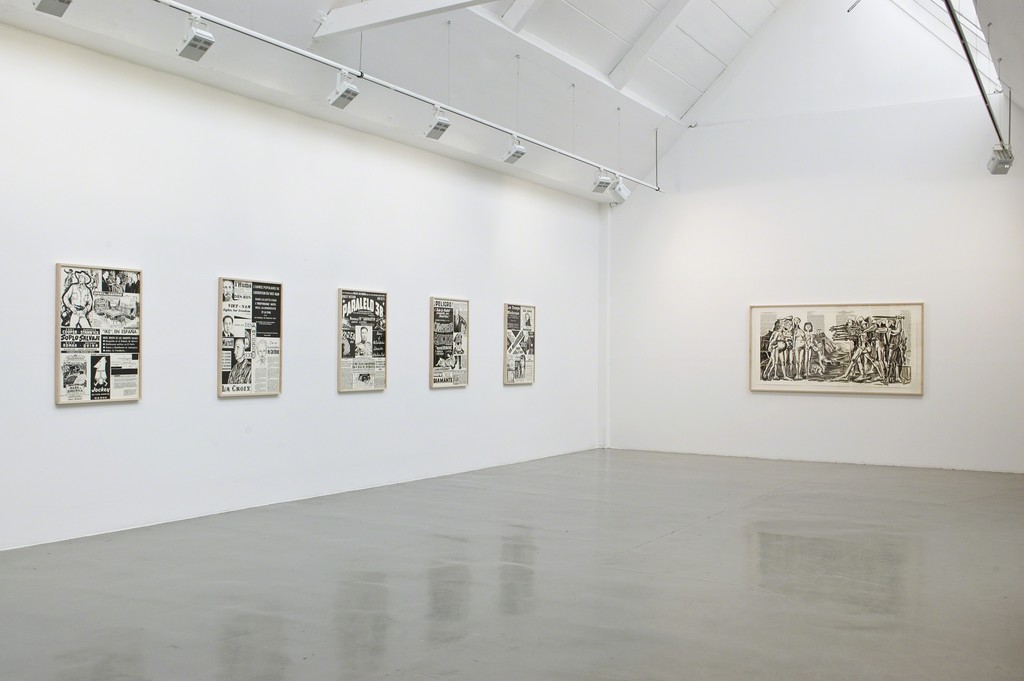 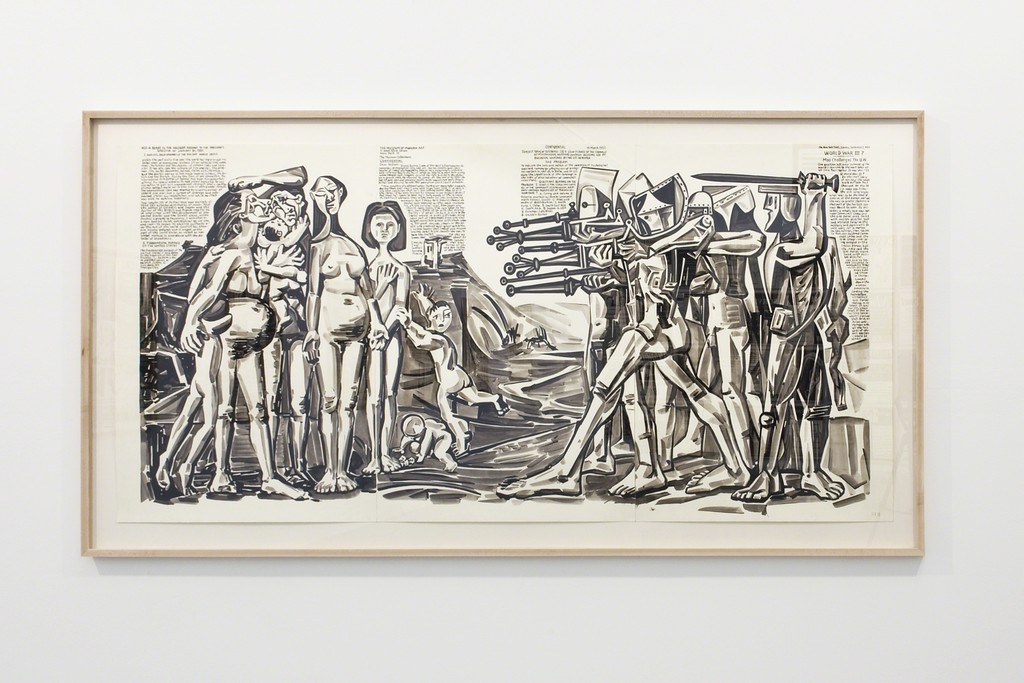 On the occasion of the Gallery Weekend Berlin 2018 Galerie Barbara Thumm is pleased to present an overview of recent works by Fernando Bryce. We will premier a new body of works which consists of large scale single drawings for which Fernando Bryce developed a collage approach. These new drawings will be shown alongside the recently accomplished large scale drawing series which is entitled “Freedom First”. With this series and typically for his oeuvre, Fernando Bryce depicts a cultural and political panorama of the 1950s and 1960s.

Fernando Bryce’s series of large drawings “Freedom First” captures the intricate events of the Cold War, the emblematic leaders of the time and the struggle to claim the most disputed word and ideal, freedom. Based on the covers of various magazines founded or supported by the Congress for Cultural Freedom (CCF) from its foundation in 1950 in West Berlin until the end of the 1960s, Bryce’s iconic appropriation and re-inscription of historical materials creates a large-scale fragmented geopolitical tableau. Comprised of seventy-nine ink drawings arranged in a dense configuration on the wall, the viewer is confronted with an extensive visual chronicle of the heated cultural and political debates of the post-war period. Yet Freedom First is also strangely familiar: it returns us to the gaze of the Cold War and the conflict lines that still haunt political events today.

Black ink on paper – characteristic of Bryce’s oeuvre since the late 1990s – is the medium of the drawings, in which both a graphic and a temporal tension emerges. The highly contrasted, assiduous lines take us back to the circulation headings and imagery of times past. In Bryce’s studio, the documents are structured anew, re-enacted and filtered through the logic of black and white. This reductive method eliminates the seductive power of colour. Instead, images gain a dramatic appeal reminiscent of film noir. In Bryce’s iconographic style, the document becomes its double, an image. And any claim of objectivity is then removed.

As a meta-historian, Bryce arranges the drawings in large groups in such a way that different relations, similarities and contrasts of events emerge, drawing history yet again. Through his process of “mimetic analysis”, as he has called it, the artist not only investigates, but twists the forms in which history has been told, represented and made public. Within conceptual art practice, the act of reproduction creates a portrait not of the original content, but of its very own time. Bryce’s noir-type pictures and historical re-assemblages portray the unseen dark side of those images – a critical view of the drama and violence underlining the events in question. Ultimately, Bryce, a contemporary copyist, engages in the politics and aesthetics of the Cold War’s ‘battle of images’. By re-inscribing them, the paradoxes of the discourse of Western freedom and the cultural propaganda machine at the forefront of the struggle for global hegemony are teased out.

The “Freedom First” series of drawings includes reproductions of covers featuring the main concerns and topics published in the CCF magazines, such as the lost illusions of Communism (1950), the legacy of Stalin (1953), the lessons of Guatemala (1954), the Bandung Conference (1955), behind the fighting in Vietnam (1955), the crisis in Indochina (1955), a tribute to the uprising in Hungary (1956), the anti-colonial struggles in Algiers (1958), the debate around Pablo Neruda (1958), the Cuban Revolution (1959), Ho Chi Minh in Vietnam (1959), Patrice Lumumba in Congo (1960), intertwined with CCF activities, including their founding conference in West Berlin (1950) and the Milan CCF conference The Future of Freedom (1955).

Founded in West Berlin in 1950, the CCF was the first large gathering of non-Communist left-leaning intellectuals in the post-war period. Rejecting neutralism, they called for cultural freedom against totalitarian regimes from within a West-versus-East paradigm. The CCF operated 35 ofﬁces across the world, creating and supporting magazines, conducting conferences and festivals, and establishing a transnational network of liberal intellectuals. In 1967 it was revealed that they had been covertly financed by the U.S. Central Intelligence Agency (CIA), causing a scandal. The fundamental question of the possible autonomy versus the instrumentalisation of culture continues to trouble the legacy of the CCF to this very day.