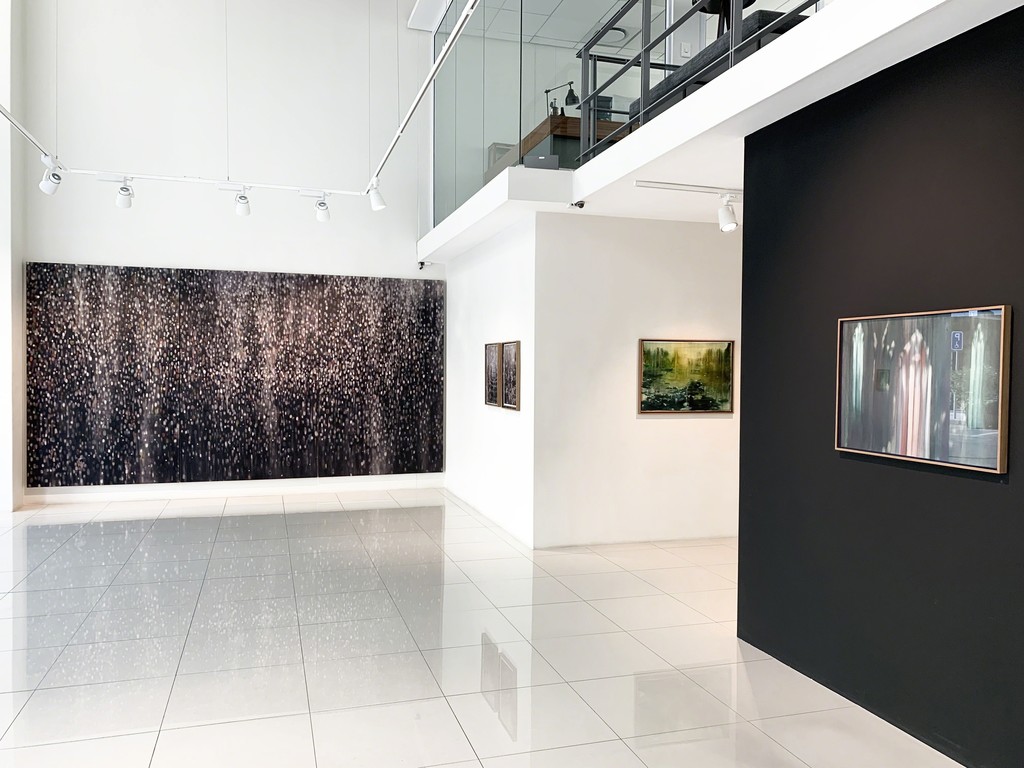 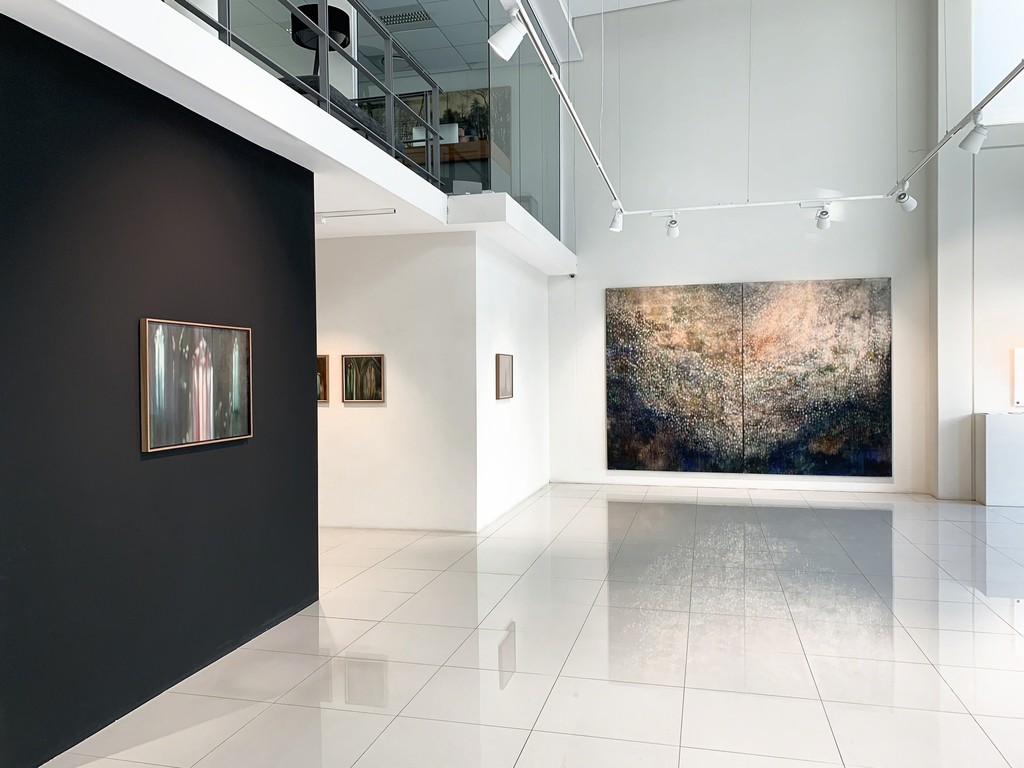 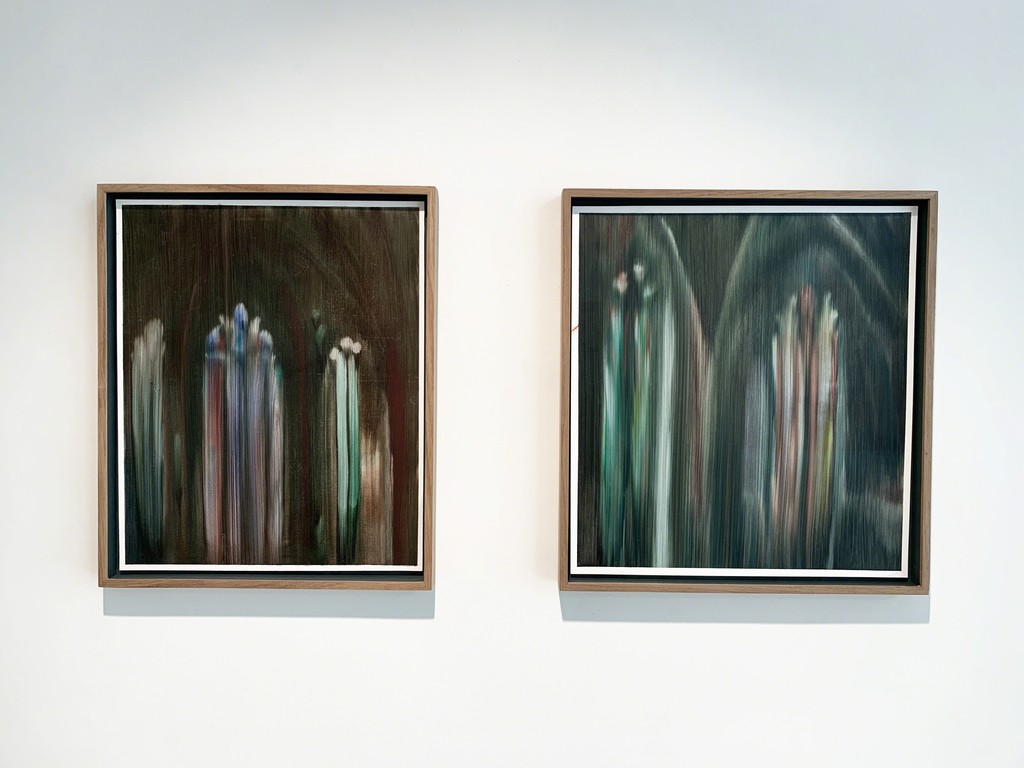 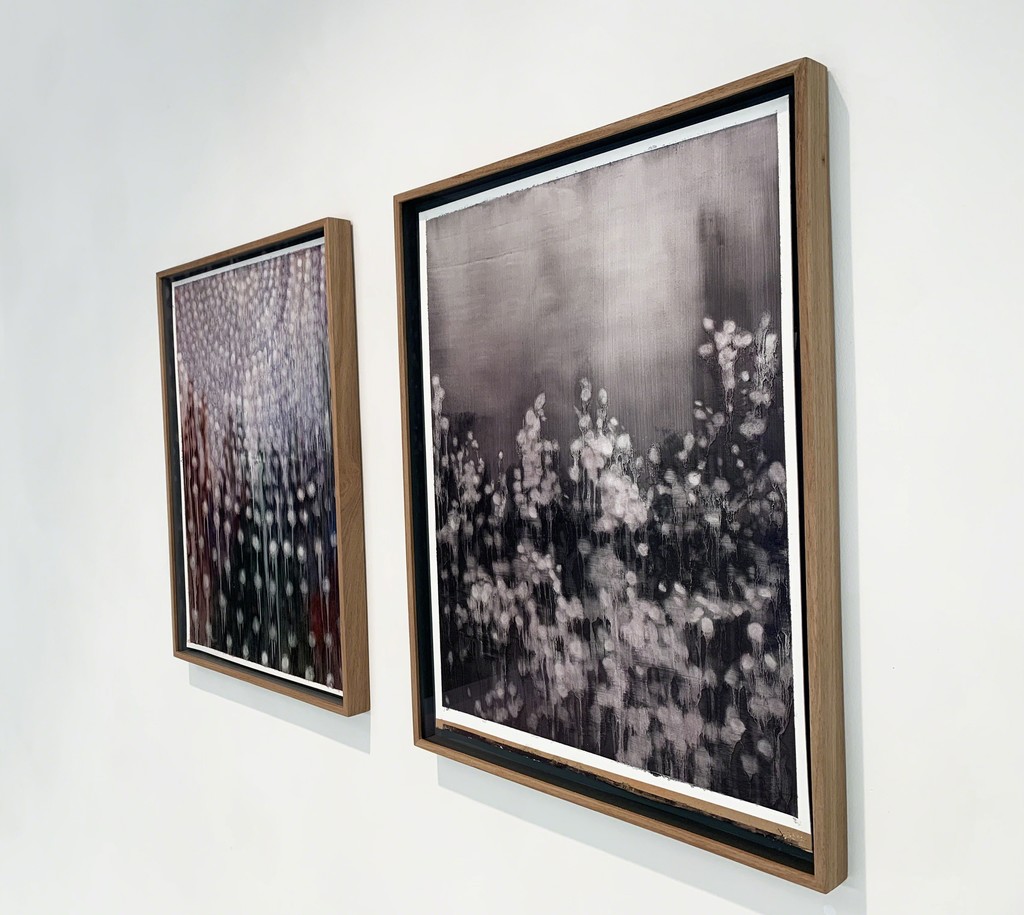 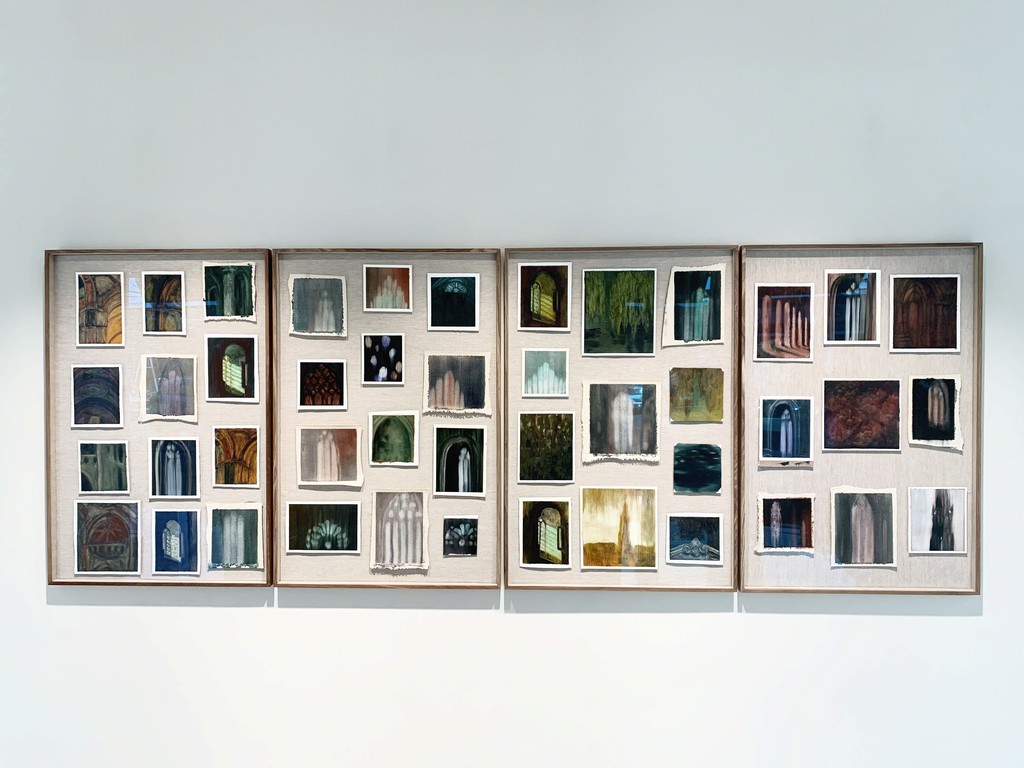 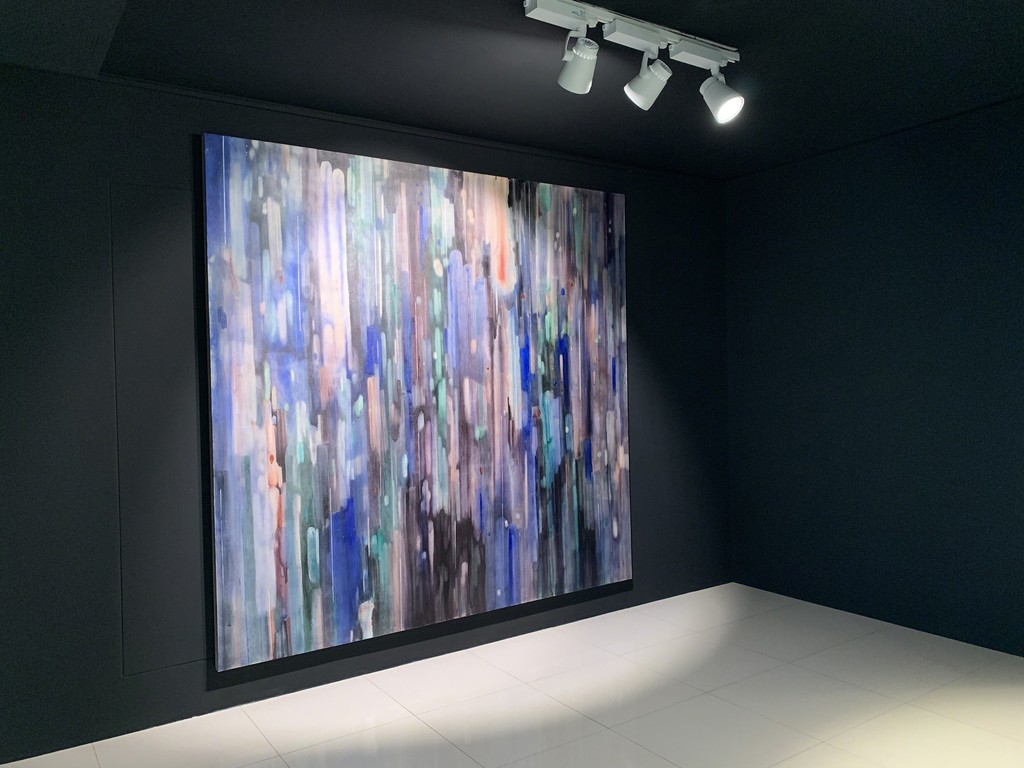 In photography, a ‘light leak’ refers to an instance where a hole or gap in a camera lets light in to what is normally a light tight chamber. In this new body of work, Alexia Vogel considers the poetic and metaphorical implications of this idea in an exploration of the felt experience of light and space as rendered through paint. Vogel draws inspiration from a recent artist residency in Saint Émilion, France, undertaken in 2018, reflecting on a very specific experience while exploring its universal implications. The artist was deeply affected by the collegiate church of Saint Émilion, the sense of calm and respite to be found there, as well as entranced by the qualities and variations of light created by the architecture and stained glass. Through repeated visits Vogel zoned in on the specificities of the space– windows, columns, ceiling arches – as well as considered the expansiveness of the emotional experience engendered within. It is this expansiveness, this immersion, that the artist endeavours to bring to the current collection of work, exploring the interplay of the tangible and the intangible, the phenomenological and the spiritual.

Light Leak represents a shift in Vogel’s practice. Moving away from a predominantly figurative practice depicting fantasy worlds or dreamy natural landscapes, Vogel now both focuses on an isolated space and event through a push further into abstraction. Considering a singular space and a singular phenomenon within that space, Vogel is nevertheless allowed by that specificity to examine larger variations of feeling and response just as she taps into infinite variations of light and shadow. Distancing herself from the need to represent recognizable spaces and landscapes, Vogel now focuses on recreating emotional response through scale, mark making and colour. Several expansive canvases see Vogel abandoning representation and seeking to recreate the felt experience of light as it is interplayed with space, and the physical and emotional effect thereof. Departing from the dreamy, saturated pink and green hues of previous work, Vogel now focuses on a select palette of darker jewel tones which recall the hues commonly used in stained glass windows. Repetitions of dots and lines in the larger works recreate the feeling of falling snow or swirling dust motes in a beam of light, while the repetition of similar but not exact images of windows and architectural details act like a mantra or prayer, becoming abstracted in their repetition. The viewer is suspended and surrounded, calmed and intrigued, allowed by abstraction to move deeper into feeling.