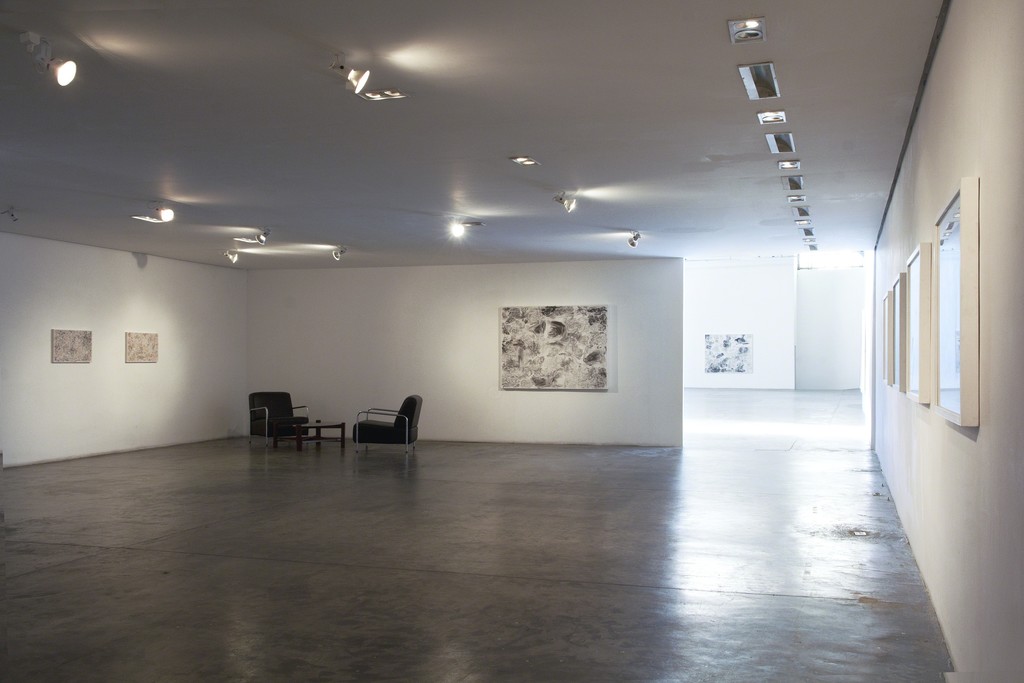 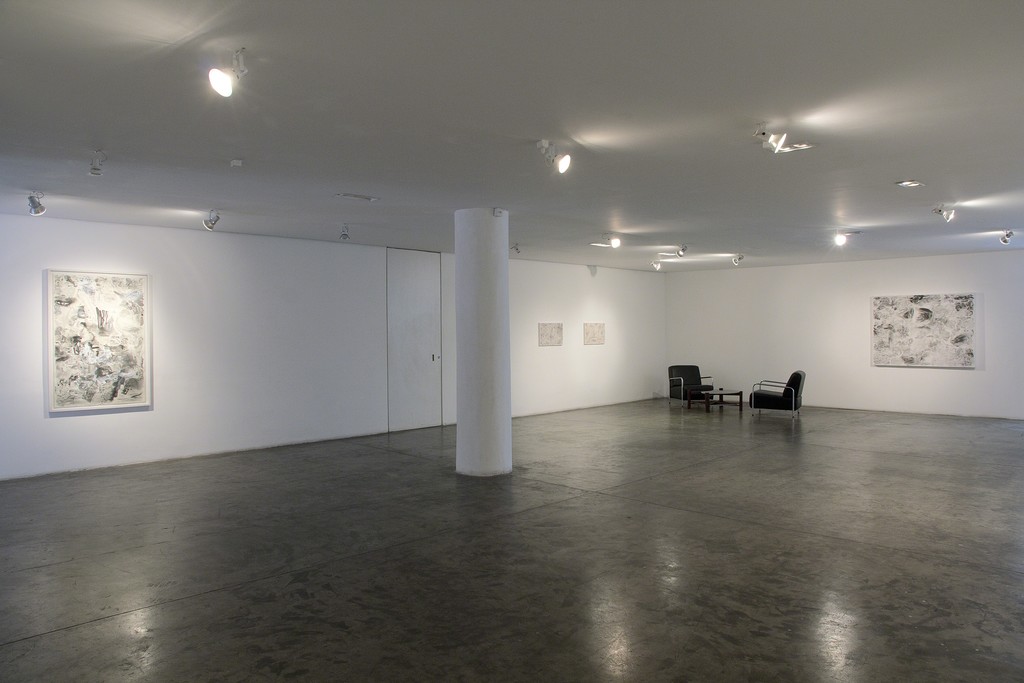 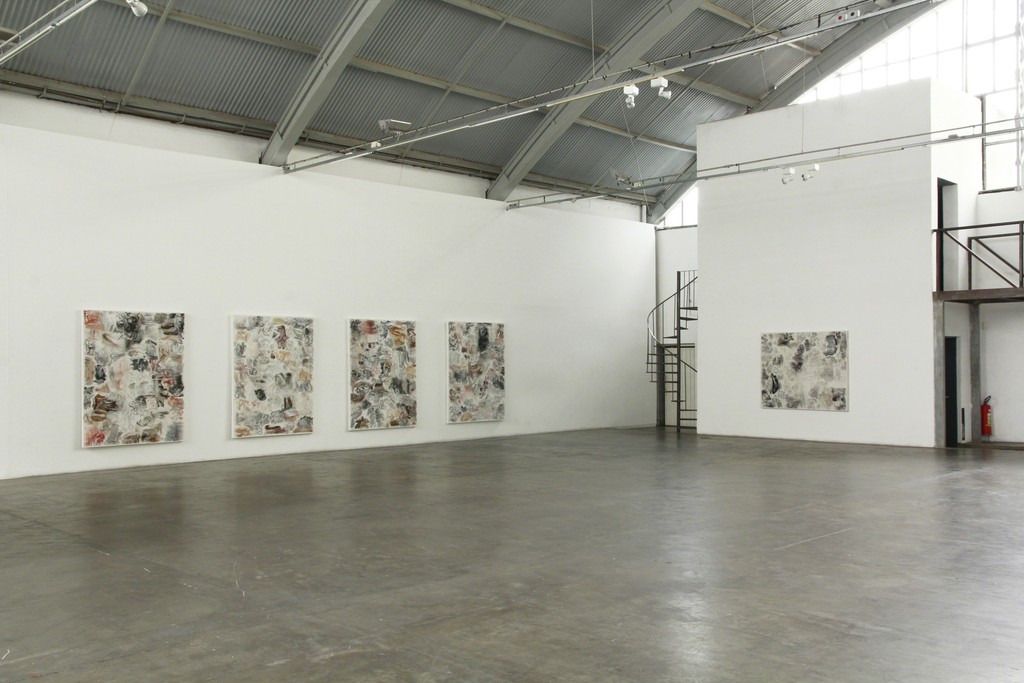 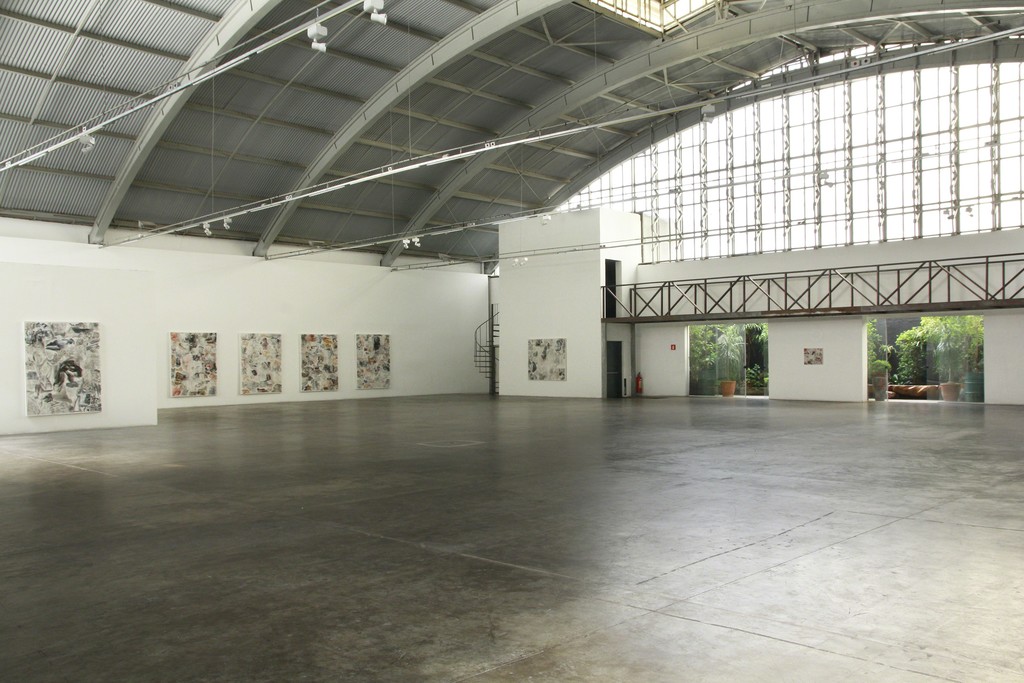 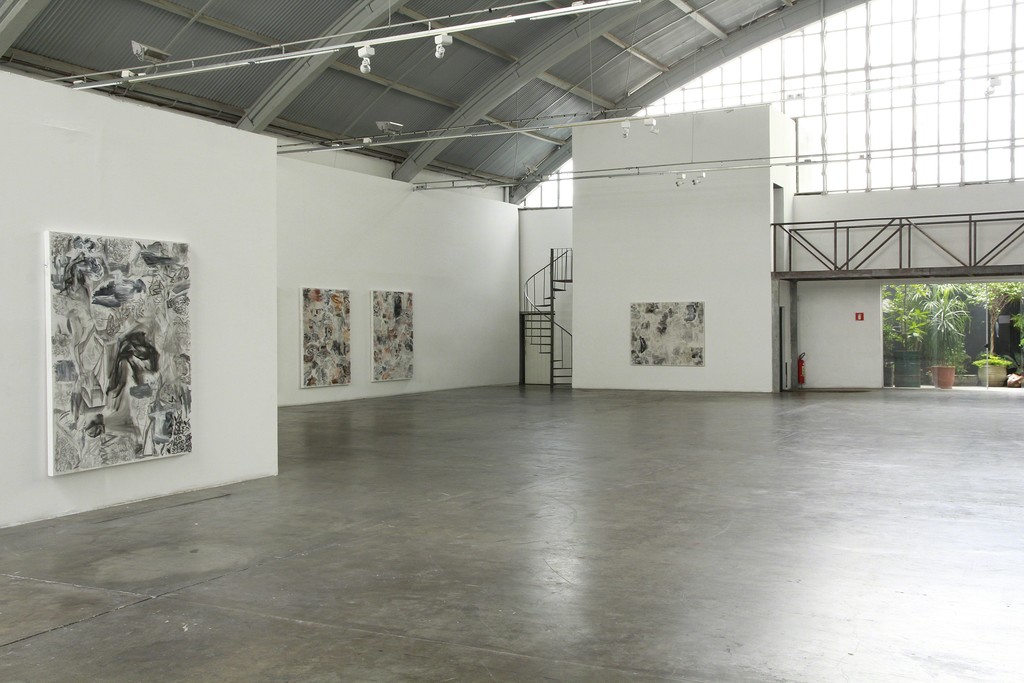 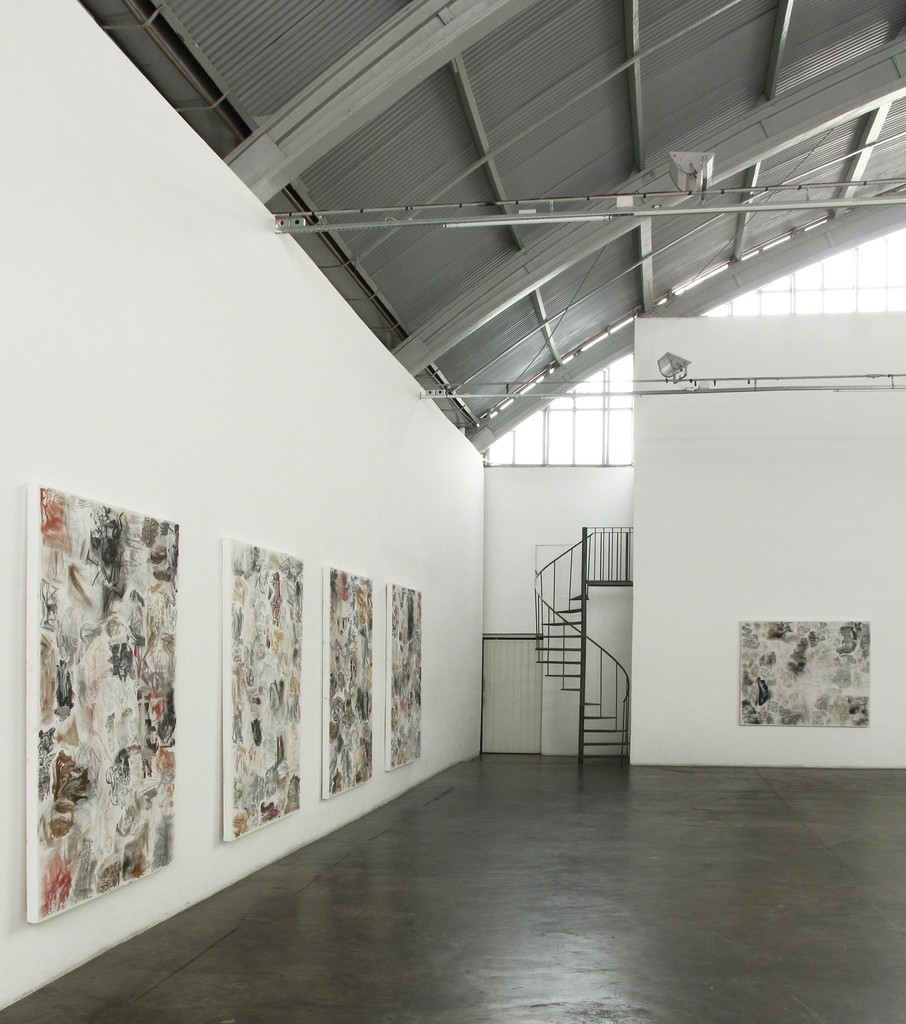 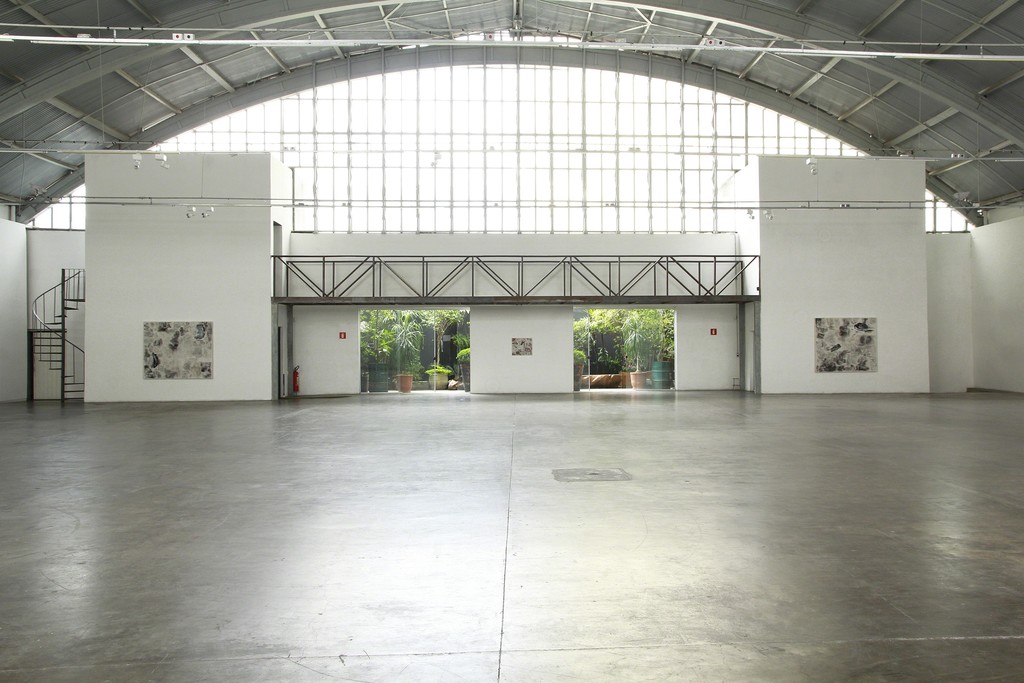 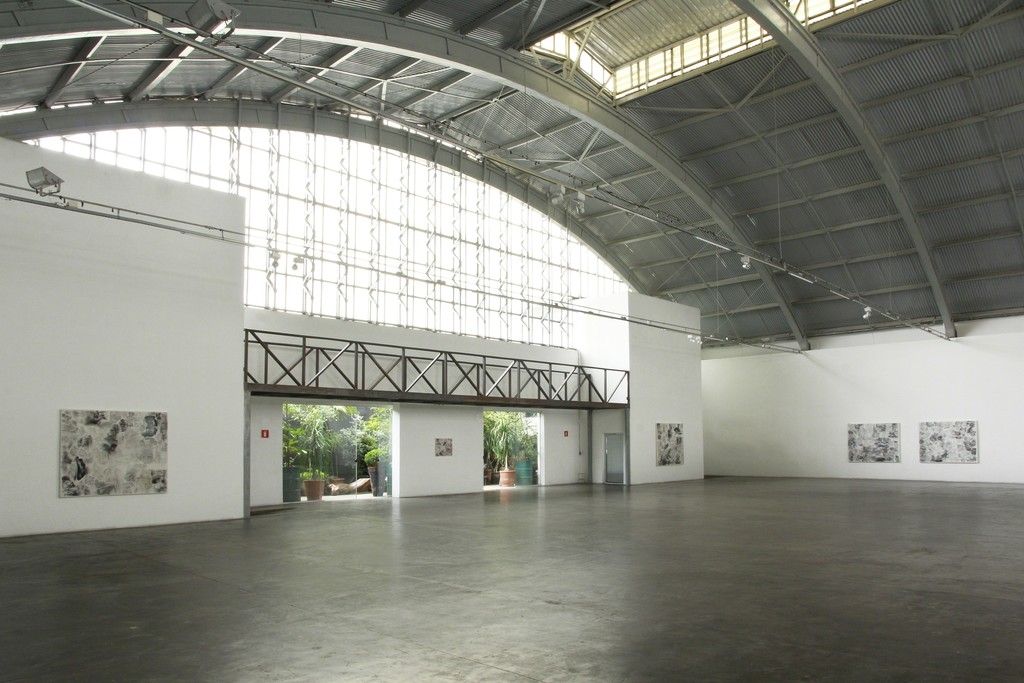 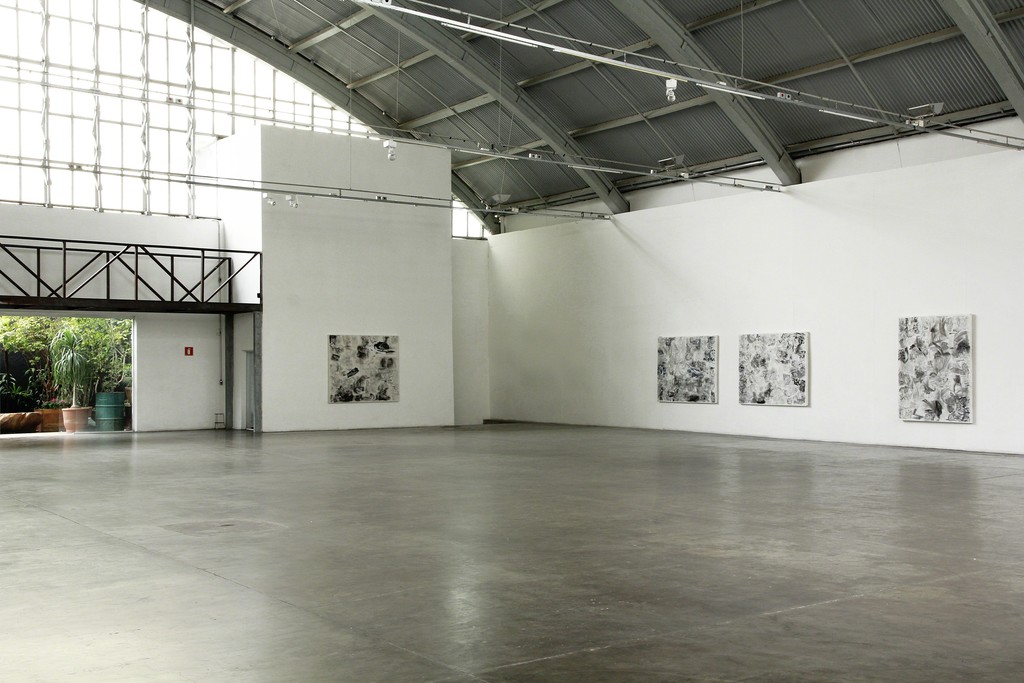 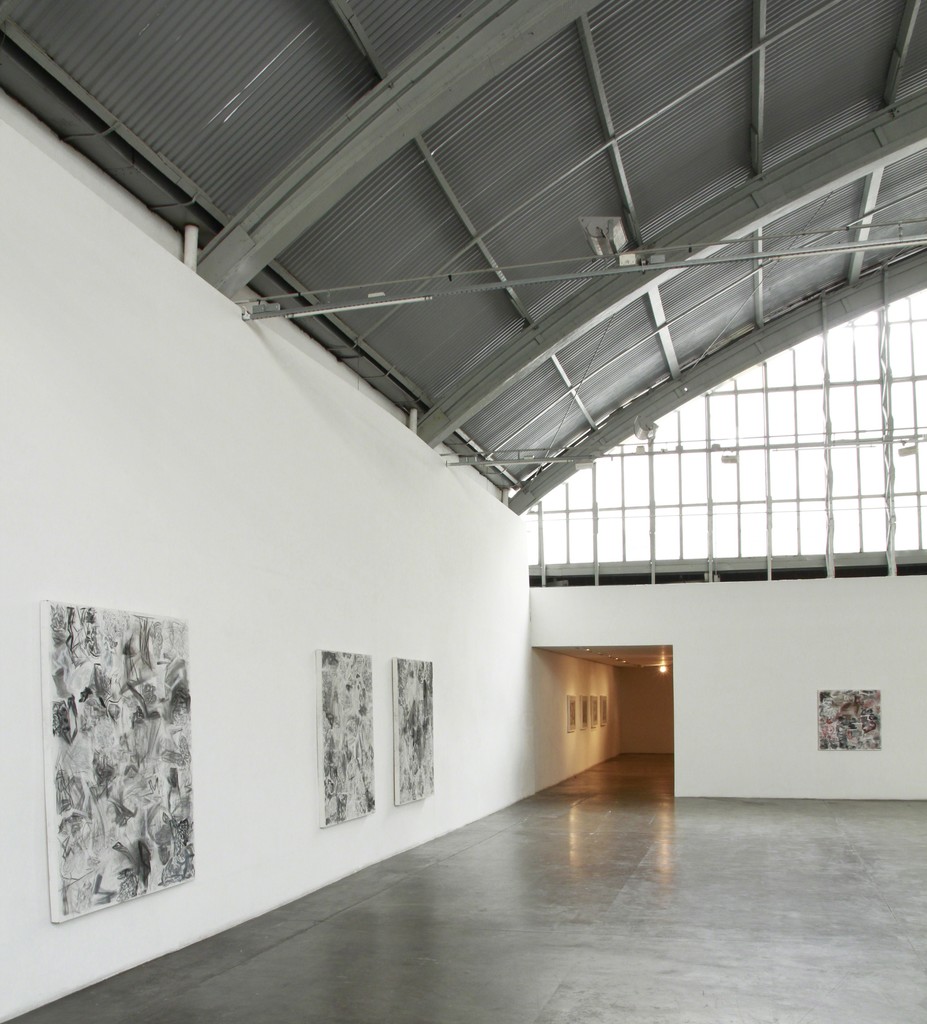 São Paulo, October 2015 - The Baró Gallery presents on November 7th, Saturday from 11:00am to 4:00pm, the opening of the exhibition "Scenes from a Journey", signed by the artist Eduardo Stupía. The exhibition remains until January 16th in the gallery hangar, located in Barra Funda Street, 216. The exhibition includes works created in São Paulo, inspired in Barra Funda neighborhood. The canvases painted by Stupía, known for his drawings of utopian architectural forms, reveal a perception of the artist, rather than on the geographical displacement. Stupía believes that every physical and territorial change implies emotional changes, this is what transpires in the works that make up the exhibition.

"The Barra Funda neighborhood imposes its qualities to a newcomer and a strong scenic temperament. In this sense, I understand the exhibition as a real journey diary, besides geographical adventures, but psychic impressions, resonances, metaphors and illusions. Sometimes, looking at each of the screens, they individually appear to represent aspects mostly narrative" said Stupía.

According to the artist, the inspiration came naturally when he was visiting the hangar of Baró Gallery, on entering the large space, noted that there was a resonance between the reach and geometries, architectural structures and outdoor spaces around. "It started to be processed and translated in the form of pure graphic language, in other words, my impressions of the journey produced a phenomenon more analog than mimetic," he adds.

The colors are the most visible influence on Eduardo Stupía stay in the neighborhood, in the series there are presence, vibration, temperament and importance, according to the artist, stronger than in his most recent works. His paintings narrate once again the state of things, even before the own thing. Sounds, perceptions of chaos, mixing suburban characteristics with the downtown turbulence, are in every detail in his works.

Eduardo Stupía
The works of Eduardo Stupía have predominance of black and white colors, in delicate paintings, but intense, which are reflected the idea of "imaginary landscapes", created from materials such as pencil, acrylic, graphite, watercolor and ink, used in various techniques. Born in 1951 in Vicente López, Buenos Aires, lives and works in his home country. He studied Fine Arts at the National School of Manuel Belgrano in Buenos Aires, and began his career as a draftsman.

Since 1973 participates in solo and group exhibitions. His work evolved gradually, forms and concrete characters gave rise to utopian landscapes and utopian architectural forms. His production was enhanced to become something carefully planned with respect to the shape, materials and execution. Since 1980, this is the direction of his work. With a 25-year career, Stupía teaches since 1984 in the chair of Plastic Arts in the same school he graduated.