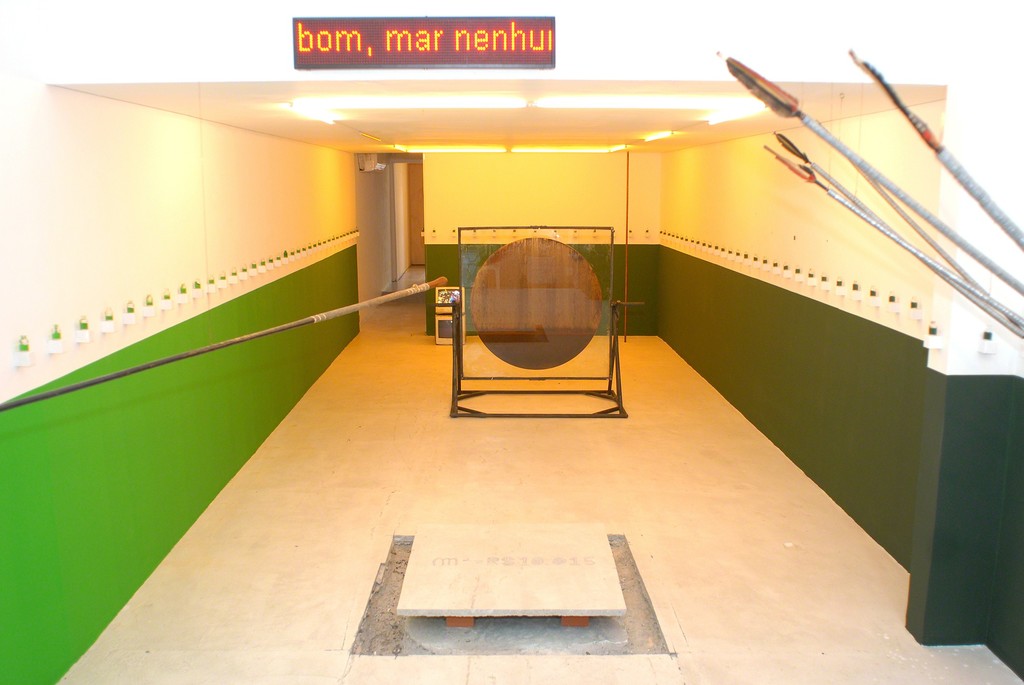 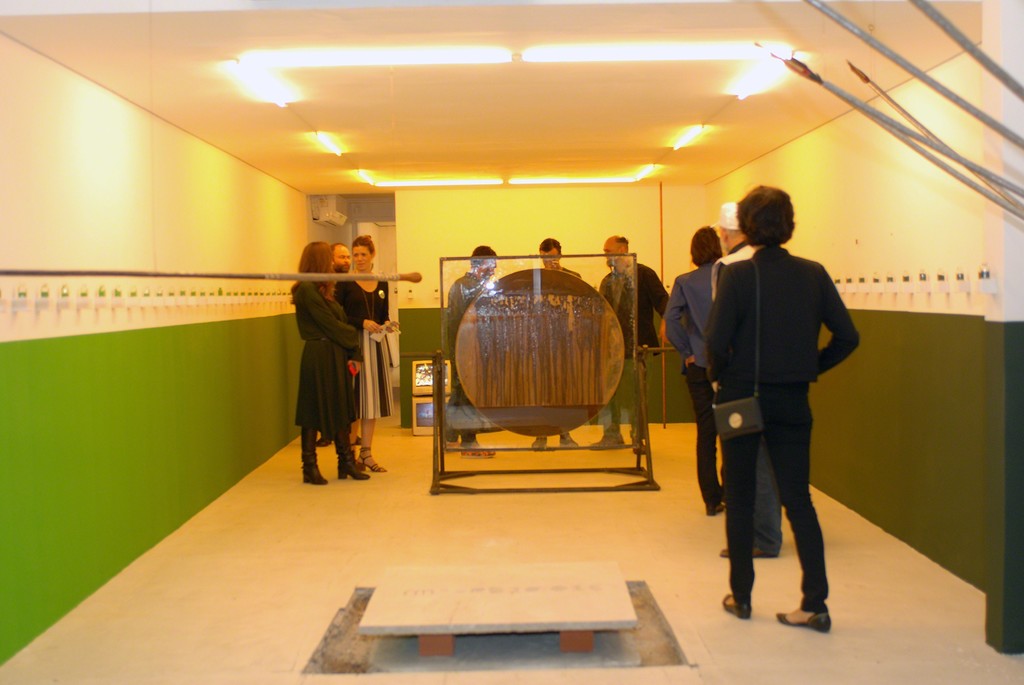 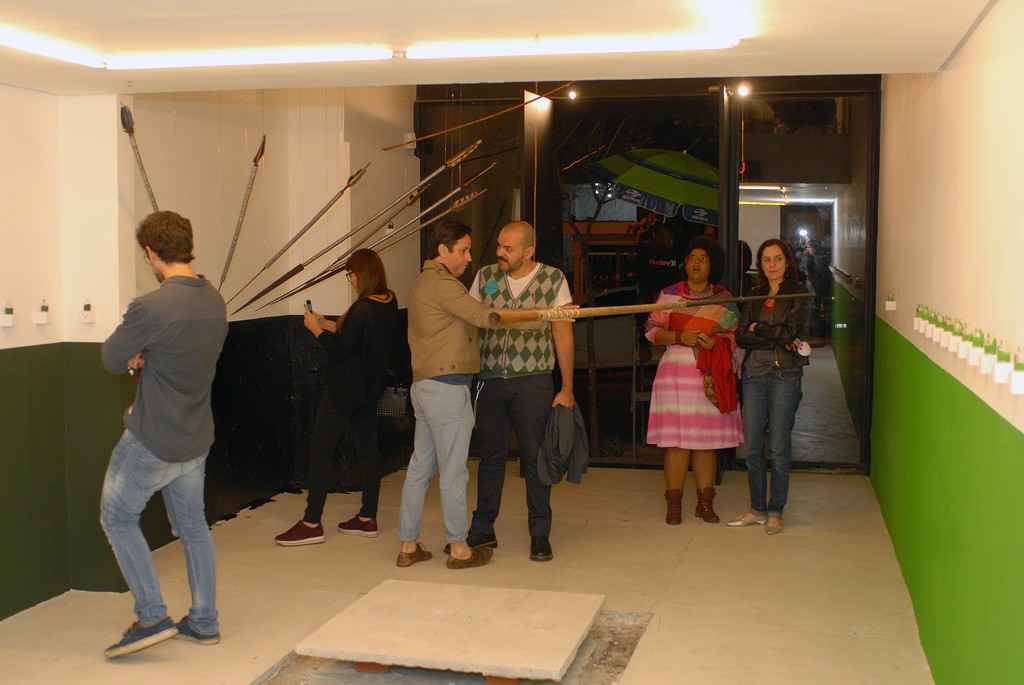 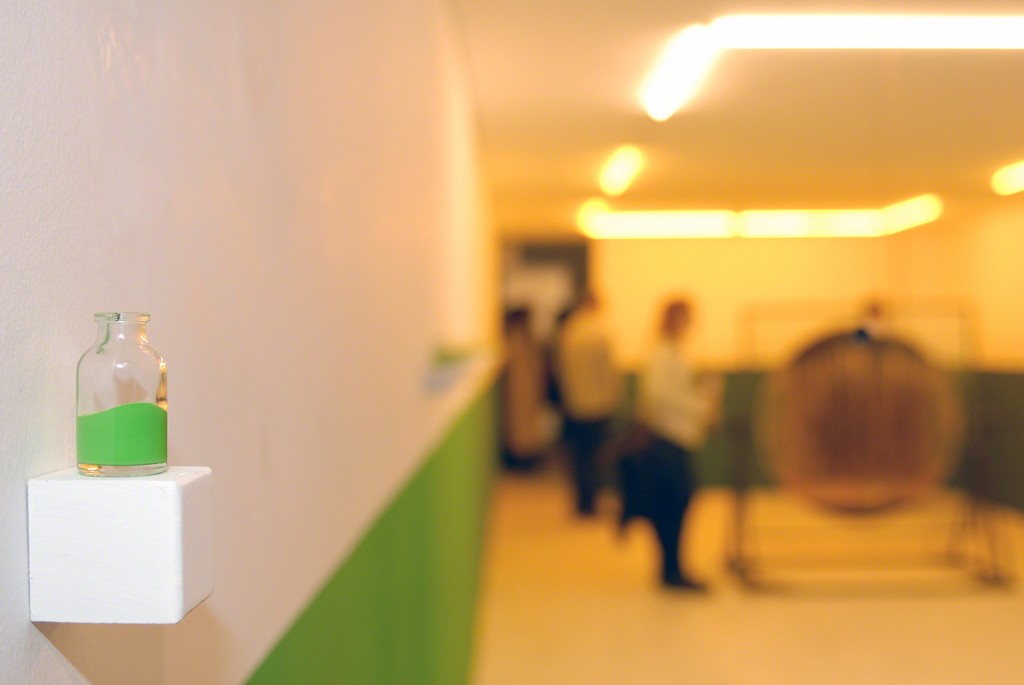 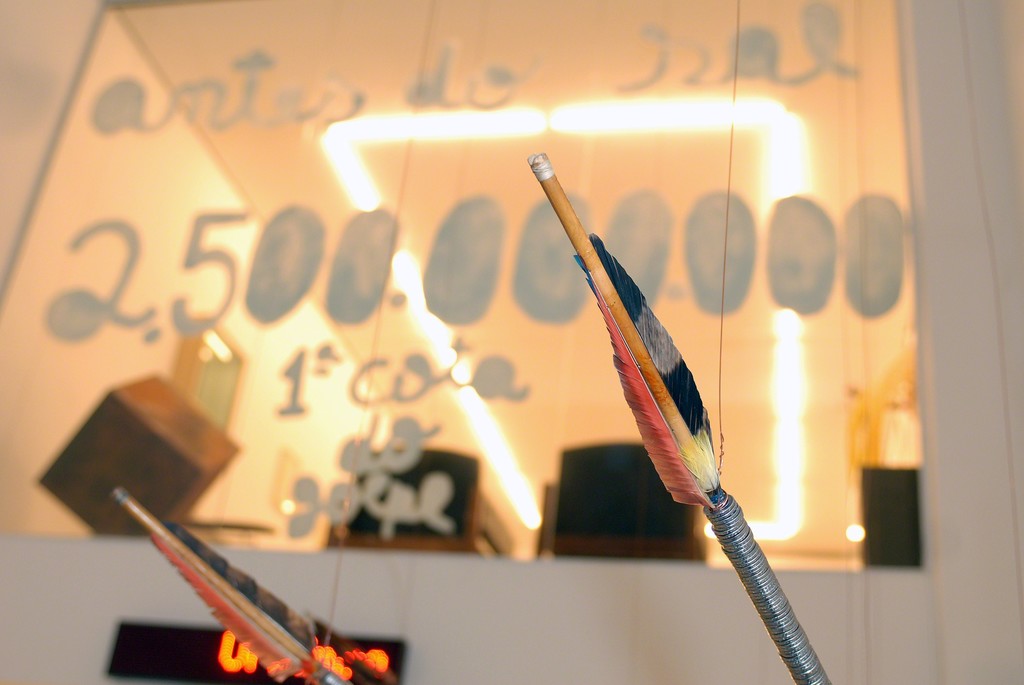 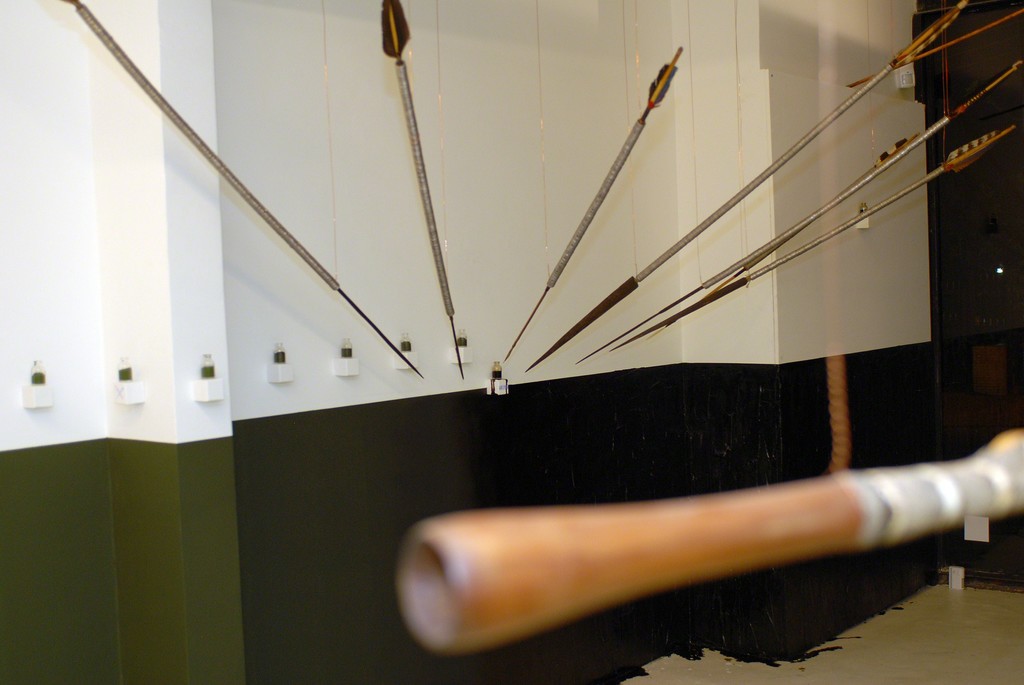 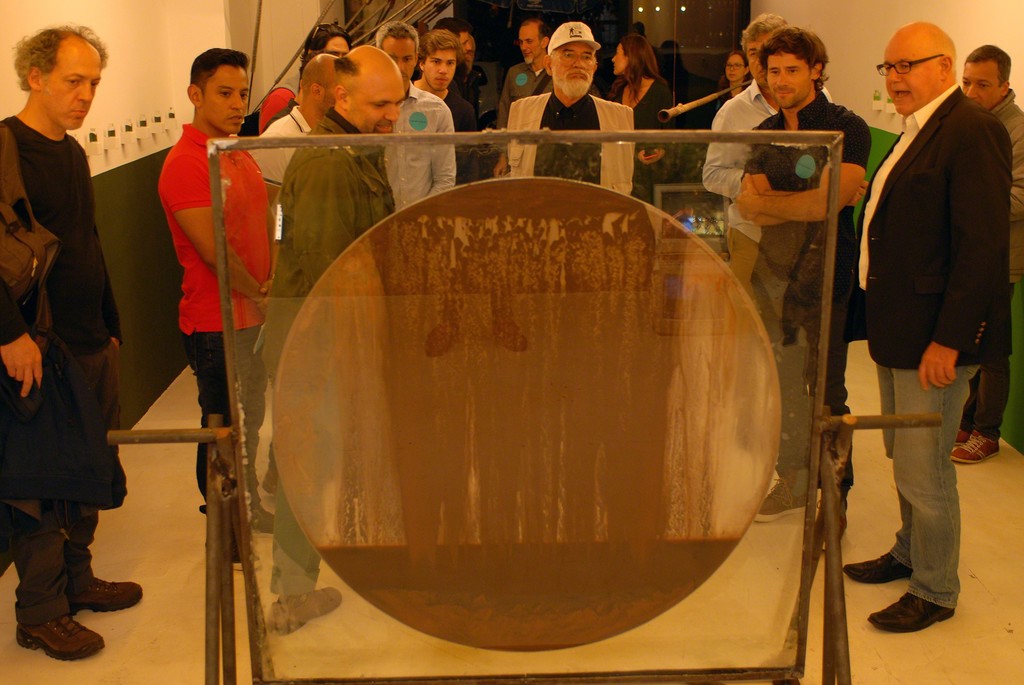 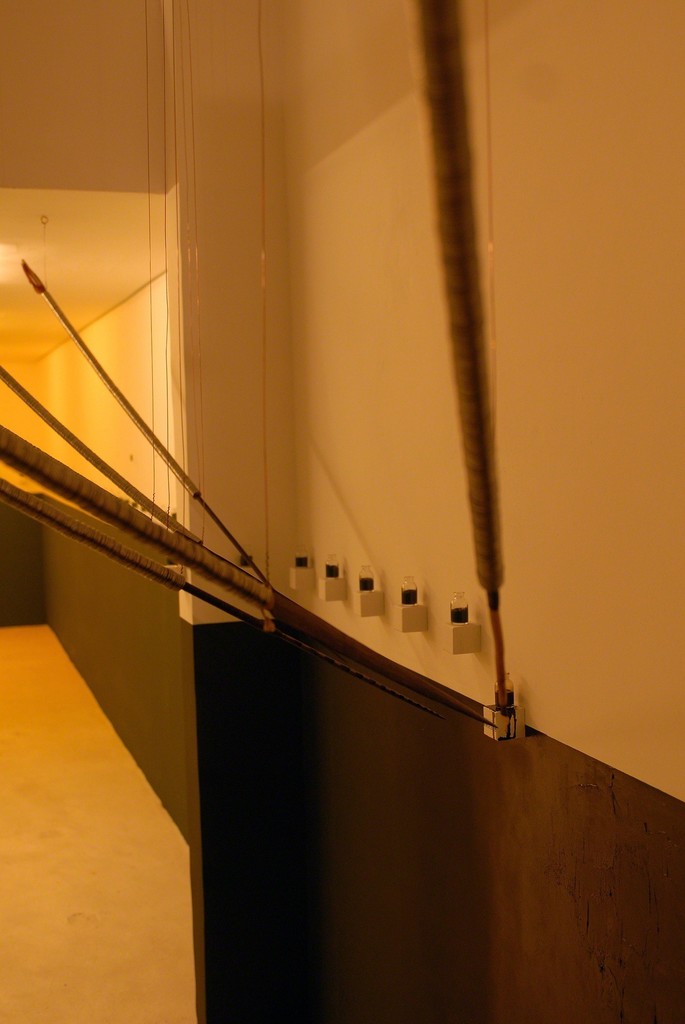 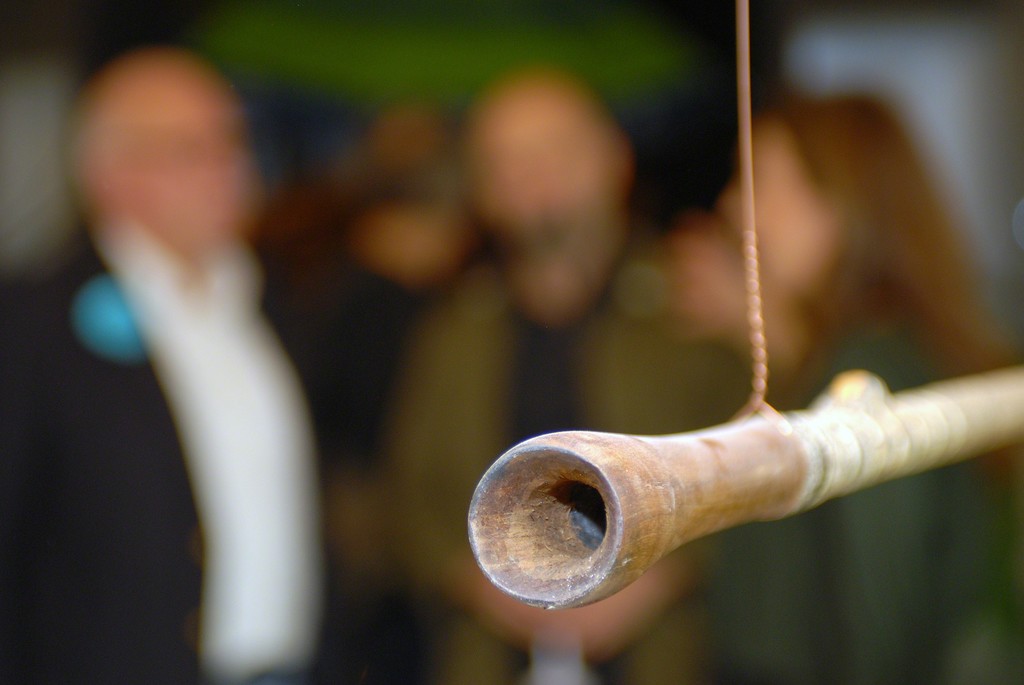 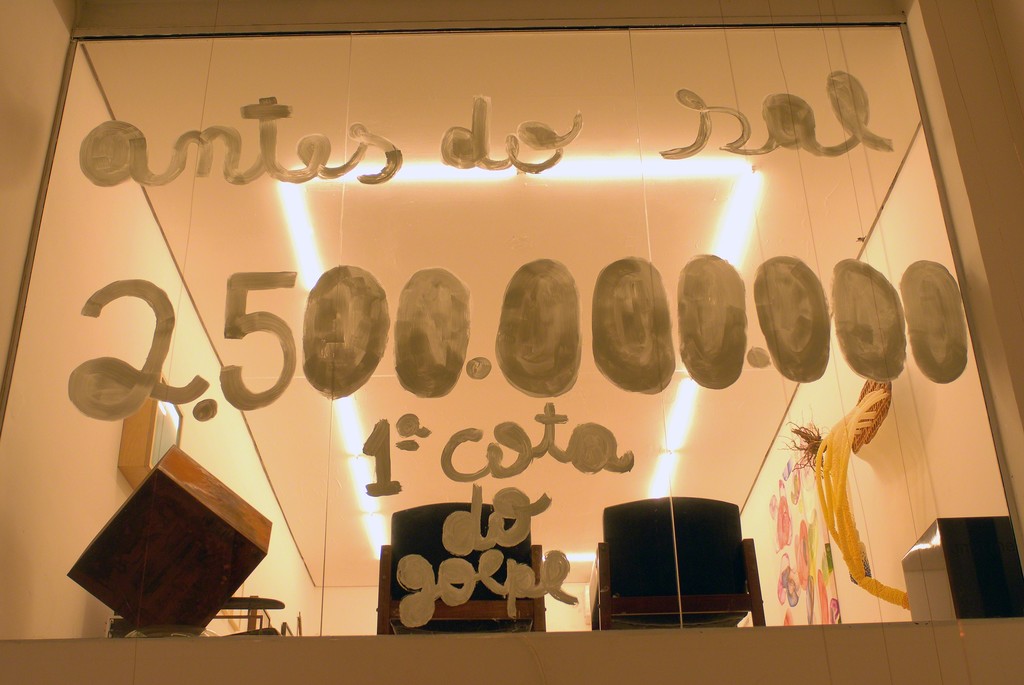 Exhibit opening is part of the Art Weekend, project that extends the functioning hours of SP’s galleries on the weekend of September 2nd, 3rd e 4th Sao Paulo, August, 2016 – Baró Gallery Jardins presents this Friday, September 2nd, at 5pm, the individual exhibition “OrdeMha”, from artist Lourival Cuquinha. The exhibition is composed by unique works in all shapes and dimensions, since the occupation of the exhibit space until videos, projections and installations.

The artist exhibit works that discuss the current Brazil’s politic moment, and also recent national history facts, as the one which happened in Mariana, Minas Gerais, and the life of people who live in regions as the Xingu, affected by the construction of Belo Monte Hydroelectric Power Plant.

In one of the pieces, the mud from Mariana moves in a glass recipient, like in an hourglass. For the artist, “this piece shows how we order the world; use its resources like termite, on a destructive way”. The name of the exhibition comes from the concern, ‘OrdeMha”. On another piece, the artist uses a sequel of color shades that begins on green as Brazil flag and ends on petrol blue, to report the natural resources exploration, like the pre-salt petroleum. It is also part of the exhibition a piece that uses a part of the galleries floor to discuss the value of the regions square meter on which the space is localized. The exhibition will be open until October 22nd and it is free rated and has free entrance.

The opening of the exhibition also marks the soft opening of Galer[it], annex space of the gallery, fitted on a container. On this space performances and temporary exhibitions are going to happen. The Galer[it] was born of a partnership between Contain[it] and Baró Gallery, it is a structure that flirts with the nomad concept, an interpretation of the incessant flow of people on big cities, and can be taken as an art space to fairs and other cities.

About Lourival Cuquinha
Was born in Recife, Brazil, 1975. Lives and works in Sao Paulo, Brazil. Lourival Cuquinha is a visual artist and works with many areas. His work reaches the politic field generally coming from strict and personal impressions. He doesn’t have any finished college degree, but studied engineering, chemistry, philosophy, law and history; he was on Pernambuco Federal University for ten years (1993 – 2002). He works on visual, plastic, photography, cinema, video and urban intervention fields of art. Lourival participated of national and international exhibitions, with works characterized by interactivity and by the dialogue with the public and with the urban space. On his work there are thoughts that are constantly reflected, about individual freedom and the control that society and culture exert on people; as of art freedom, and the control exert by institutions. Acting as much on the city as on the institution, questioning the statute of what’s a “work of art” and verifying the institutions limits at the time when invested transgressor artistic are being absorbed, his work makes us think on ways that today’s artists see things and place about the art system, besides criticizing such institutions, making use of them, permanently negotiating its place on a continuous drift between critic and adhesion. Crossing a bow that has politic inflexions and poetic force, the work of Lourival appears as a provocative place and makes people think about the place that art can take on this negotiations for the freedom practice, experimenting its reach of intervention on its own art system and on the reality that is around it.