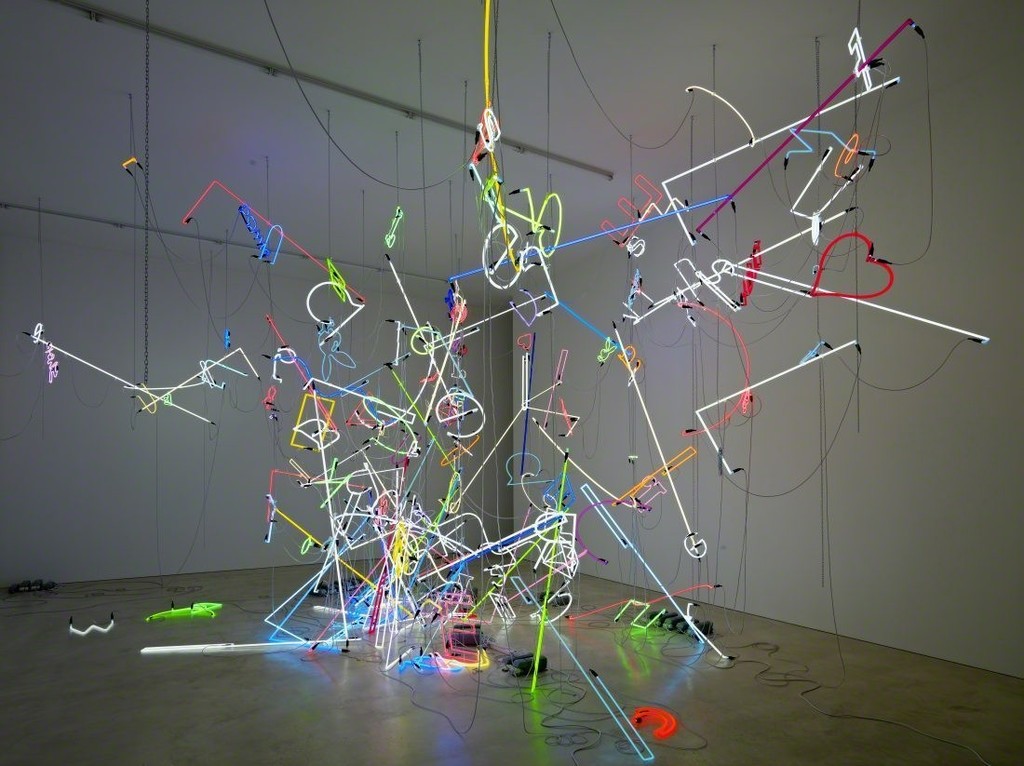 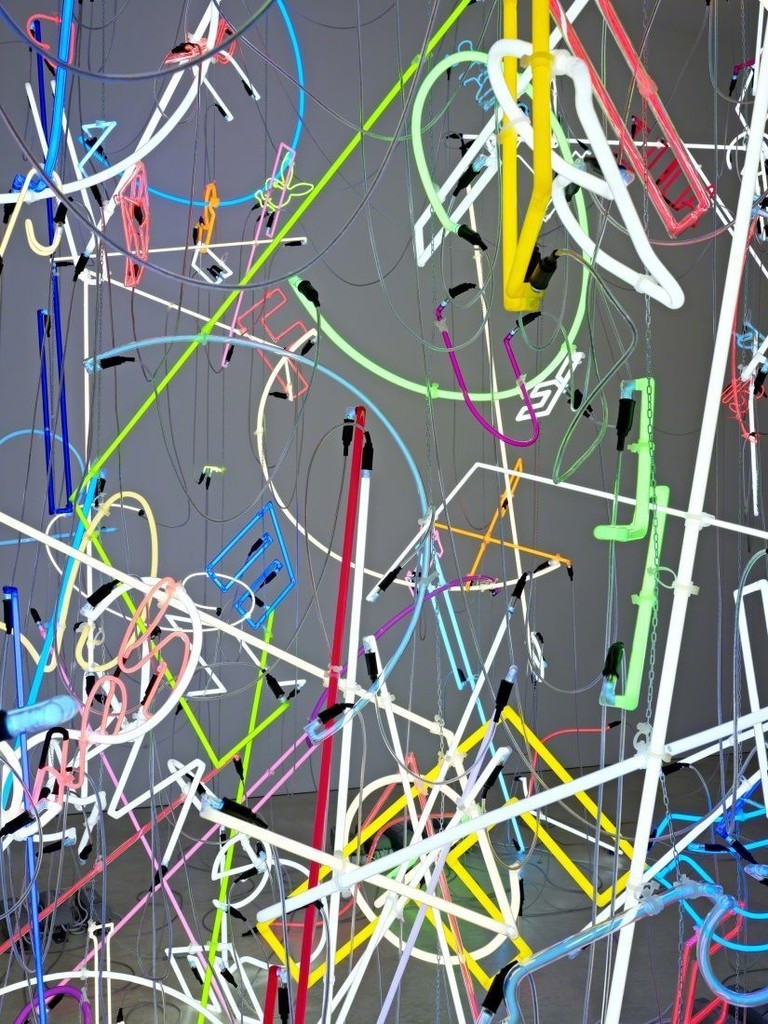 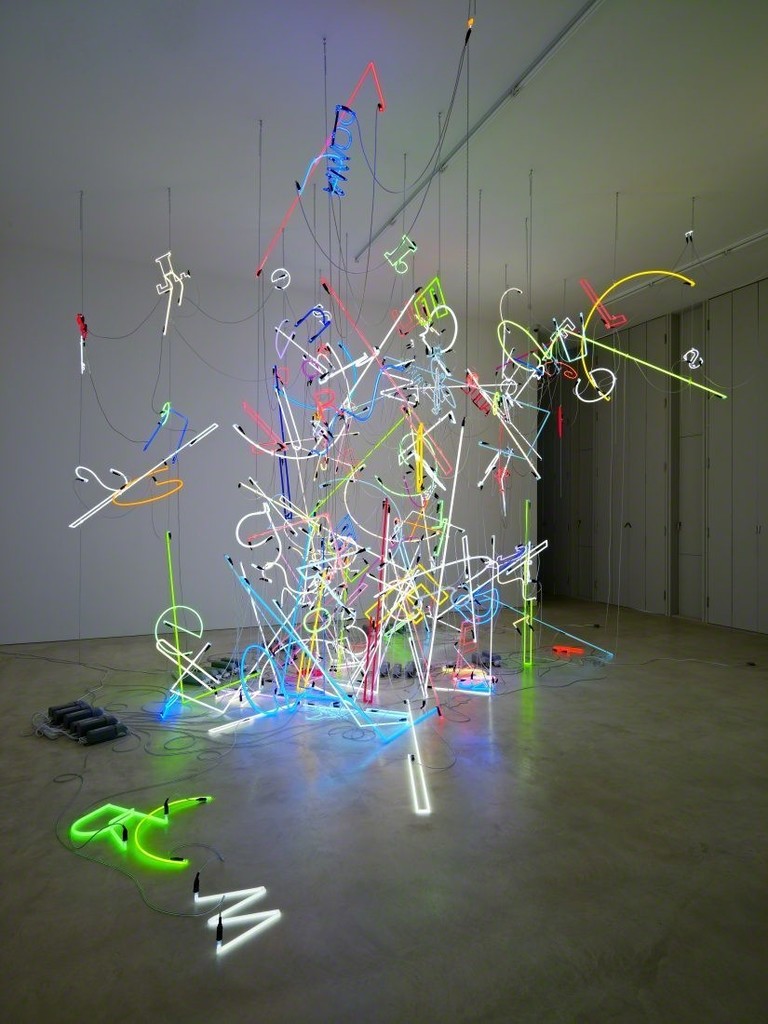 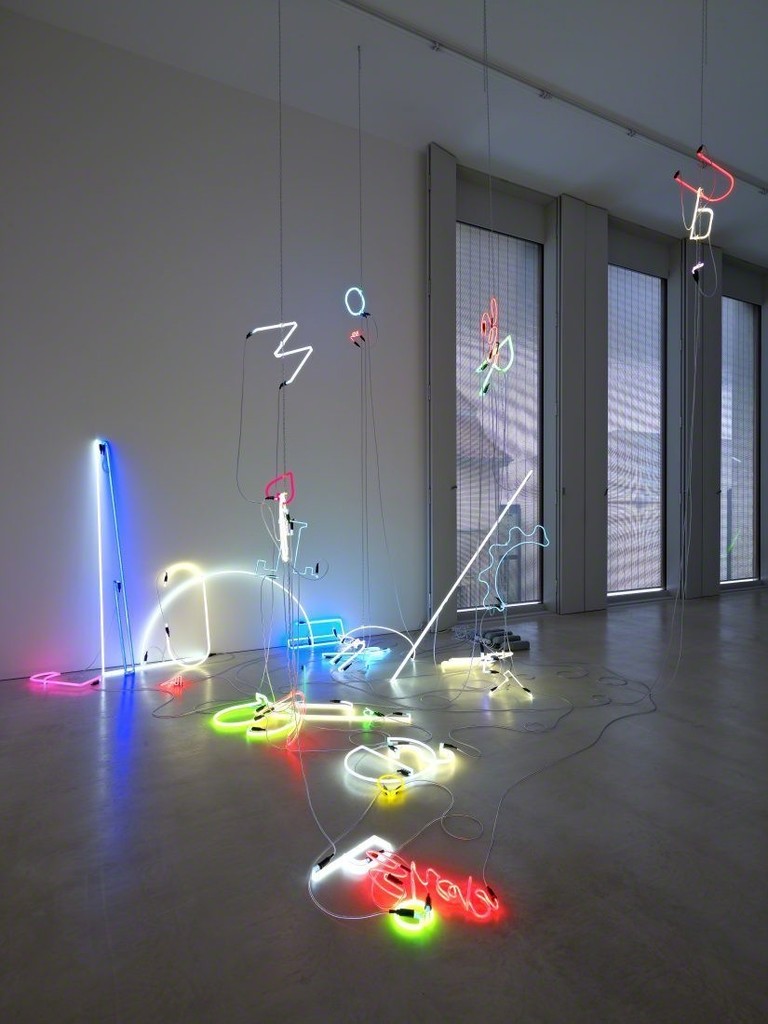 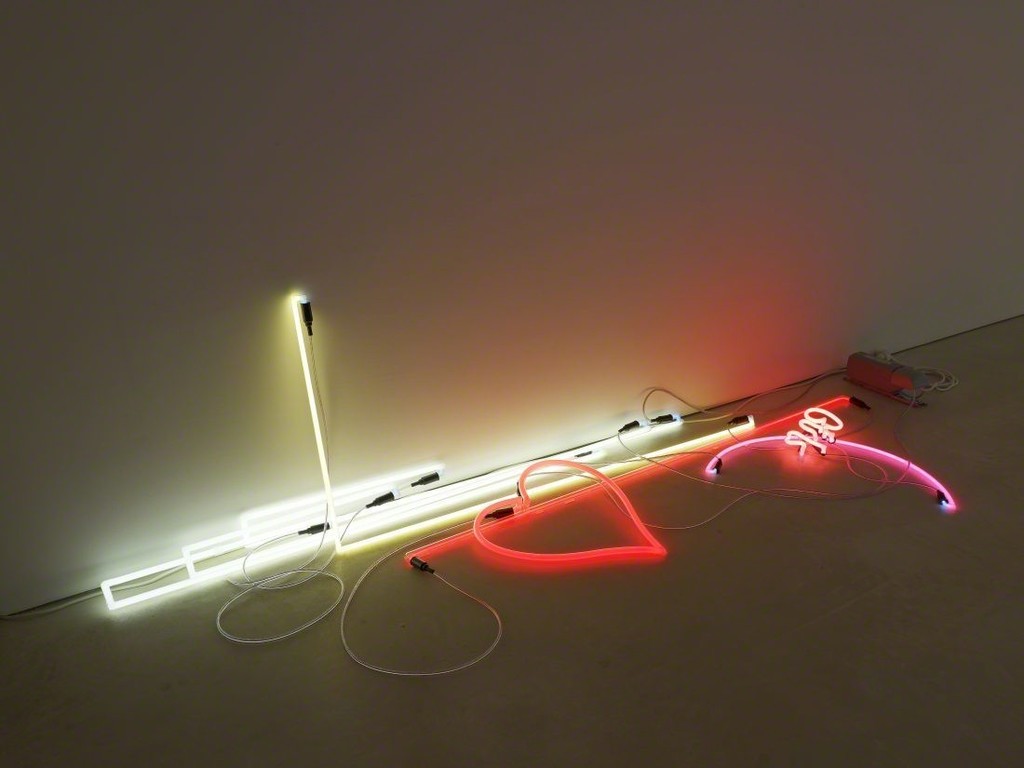 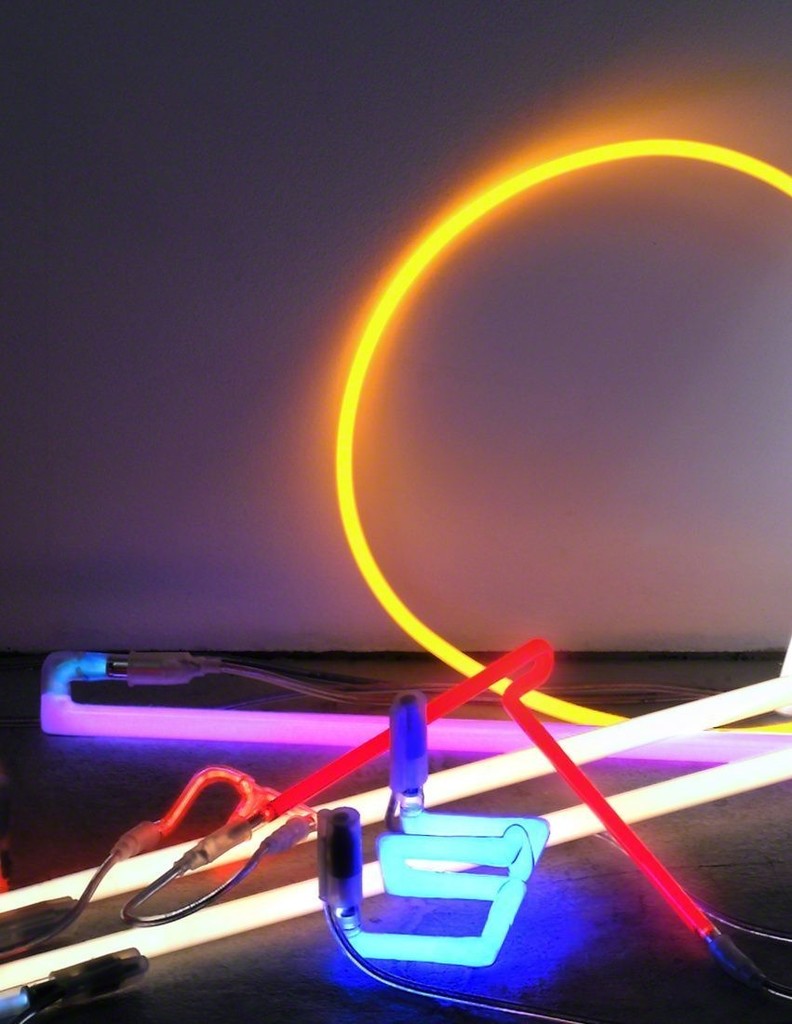 Anselm Reyle, who lives in Berlin and has his studio in the city, realised a comprehensive neon light installation, consisting of almost 300 elements for the exhibition space of the gallery building Am Kupfergraben, Berlin.

The constituent materials of this large work are found items from industrial and urban spaces: Discarded neon pieces, leftovers from the kaleidoscope of the commercial and artificial illumination of a city.

One could interpret the initial situation of the artist, the use of heterogeneous existing forms as an effort to see urban life in every aspect as imagination of his art. The title of the exhibition “Arise“ itself is a verbal ’objet-trouvé’, which refers to the vertical-procedural illuminating attribute of this work.

Abstract forms as verified symbols and individual fragments of letters referring to an emblematic and spontaneous gesture are assembled to a complex fragile composition in several sections which can be interpreted in countless ways. They appear to float in their transparent and delicate lightness – and at the same time contain space in a new way. The centre of the installation is an accessible accumulation of neon-elements, which encloses the viewer and affects him with filigree grace.

Emanating from this ’drawing in space’ is the effect, which transforms the ’drawing’ also into a sculptural object. As Robert Rauschenberg once said: “The artist could simply be part of the work as just another material, which interacts with the other materials.“ The works of Anselm Reyle are related to this principle: New metaphors out of the myths of everyday life.