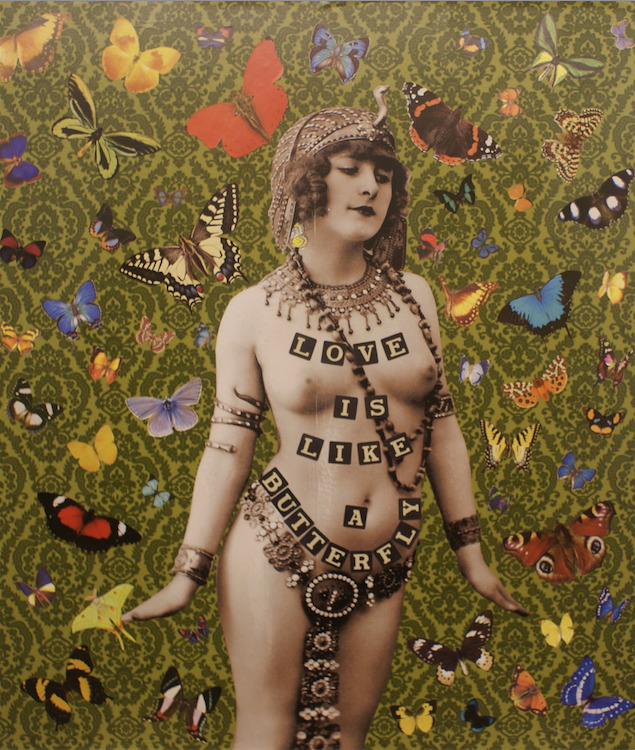 A musician is asked to curate a playlist of songs inspired by the artworks and then play them behind the decks at the launch night. The art? A fantastic body of work by William Blanchard aka Wildcat Will, entitled, 'Love is like a Butterfly.'

For 'Love is Like A Butterfly,' Will used Edouard Manet’s ‘A Bar at the Folies-Bergère’ as a starting point for the solo exhibition. "Edouard Manet’s ‘A Bar at the Folies-Bergèreis full of ambiguities and doubt." he says. "What’s seen in the mirror behind the barmaid isn’t something that we see in front of it.” Blanchard explains that the dreamlike dislocation of Manet’s captured his sympathies for the twilight zone of the demimonde, who existed albeit glamorously on the fringes of society. They could become celebrities of their time but many died in poverty.

Having initially abandoned his art path for rock ‘n’ roll to work with a number of bands as a drummer - such as Jamiroquai, Shakespeare's Sister, Beth Orton and Death in Vegas - Blanchard describes himself as more of a 'rock' artist than a pop artist. He remarks, “In a way, becoming a drummer is the modern day equivalent of joining the circus, a fantasy removed from normal life. The Belle Epoque period was the rock ‘n’ roll of its time. I wanted to produce work that had a correlation to the kind of duality that I have experienced.”