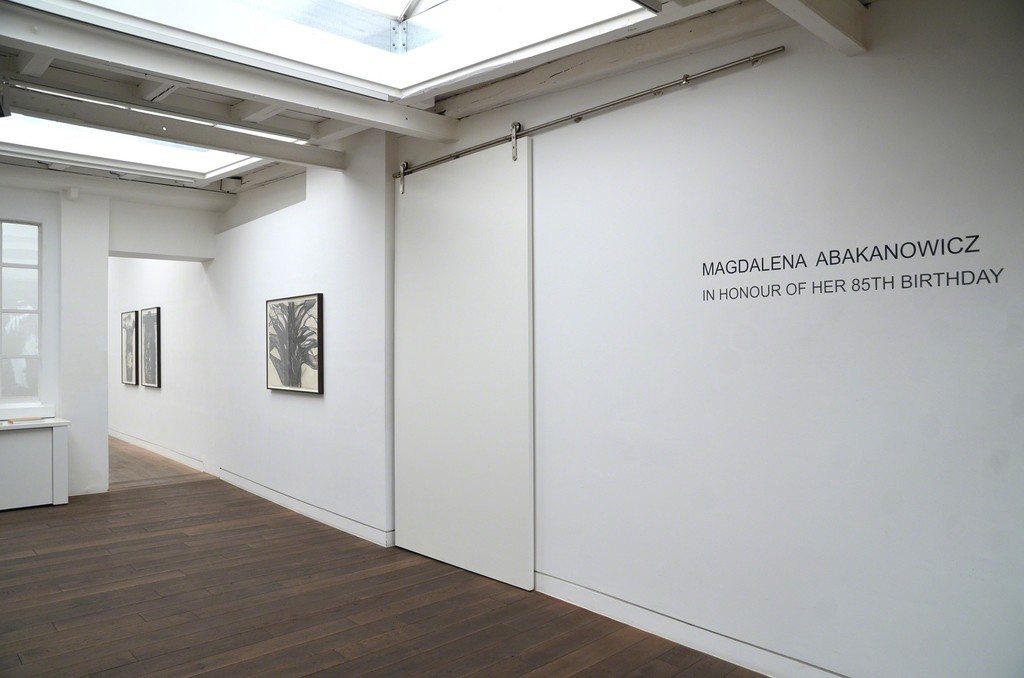 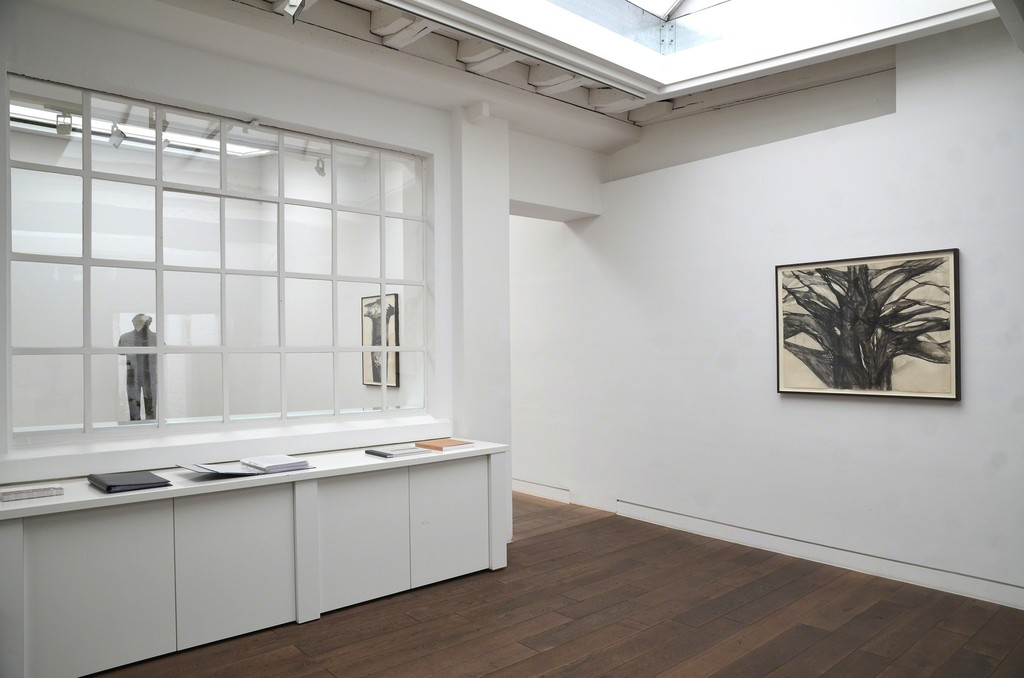 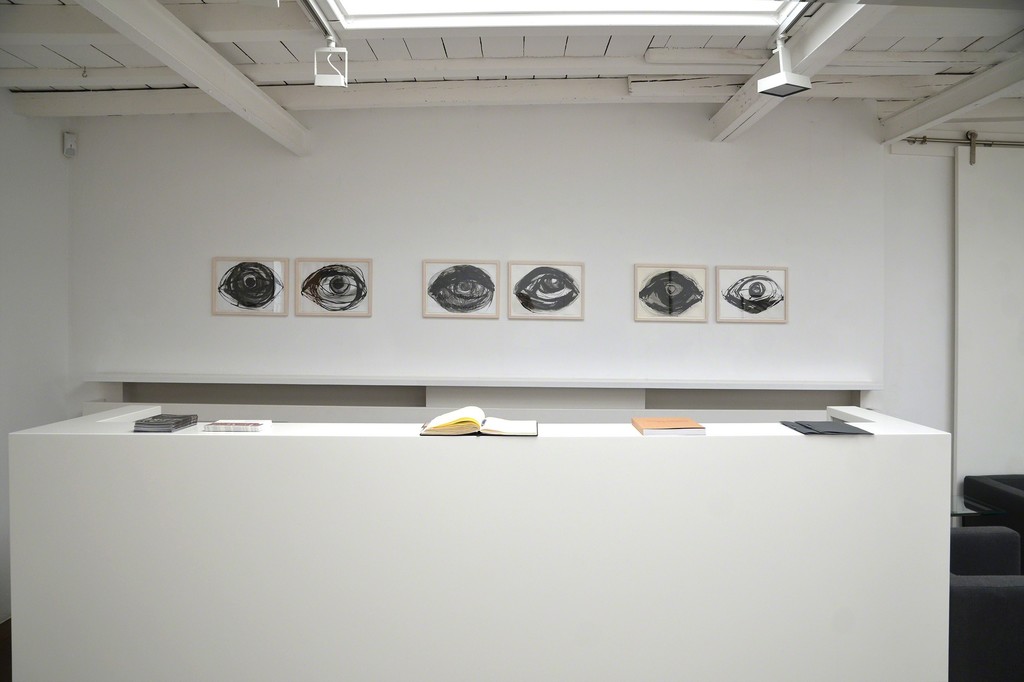 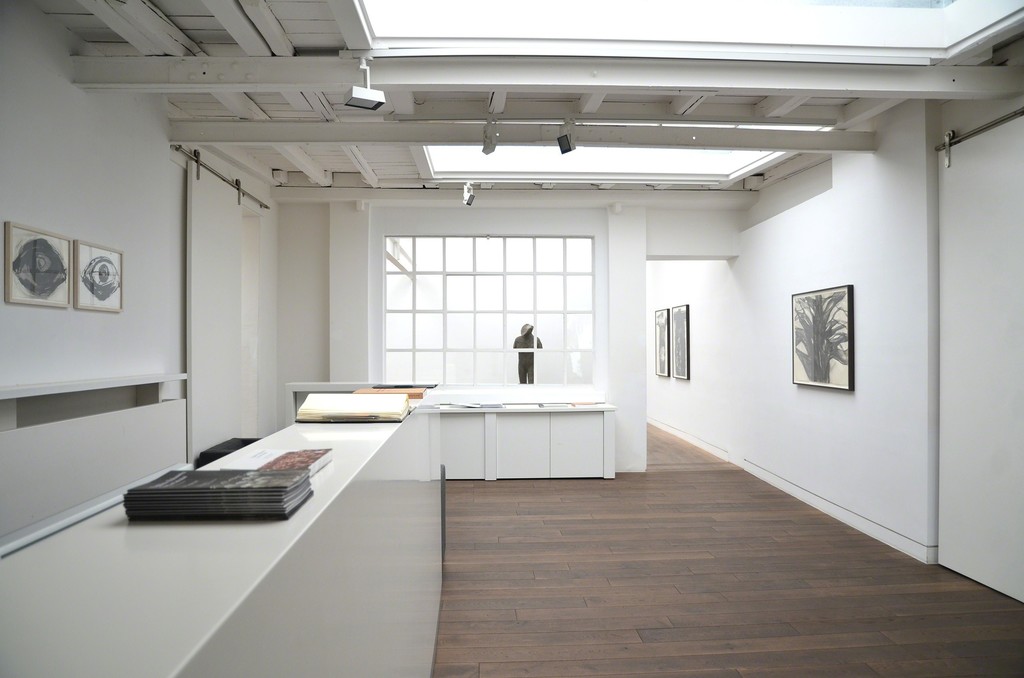 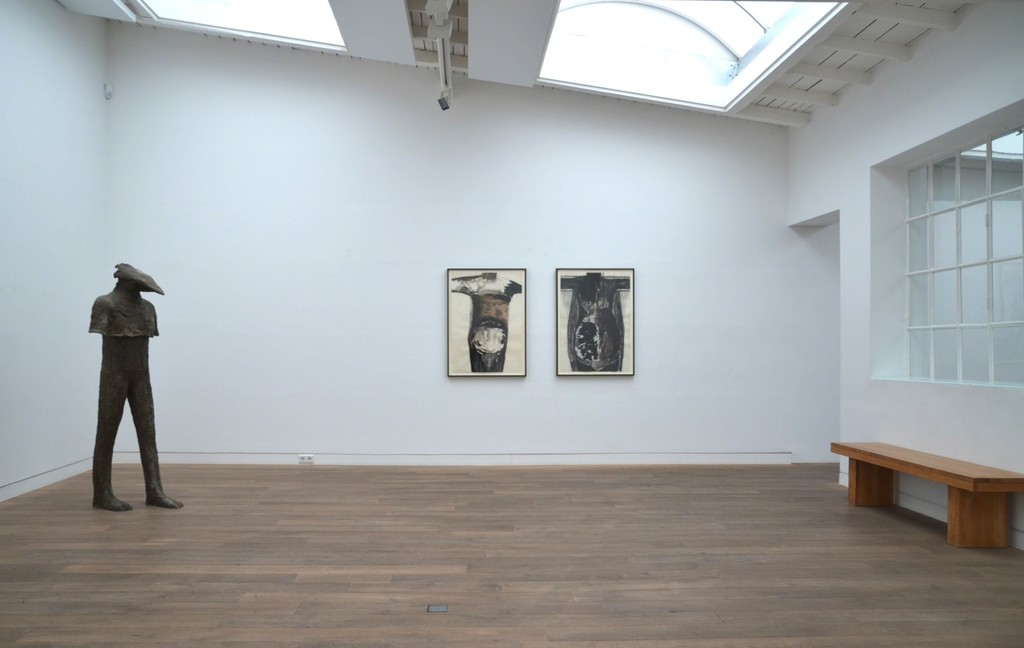 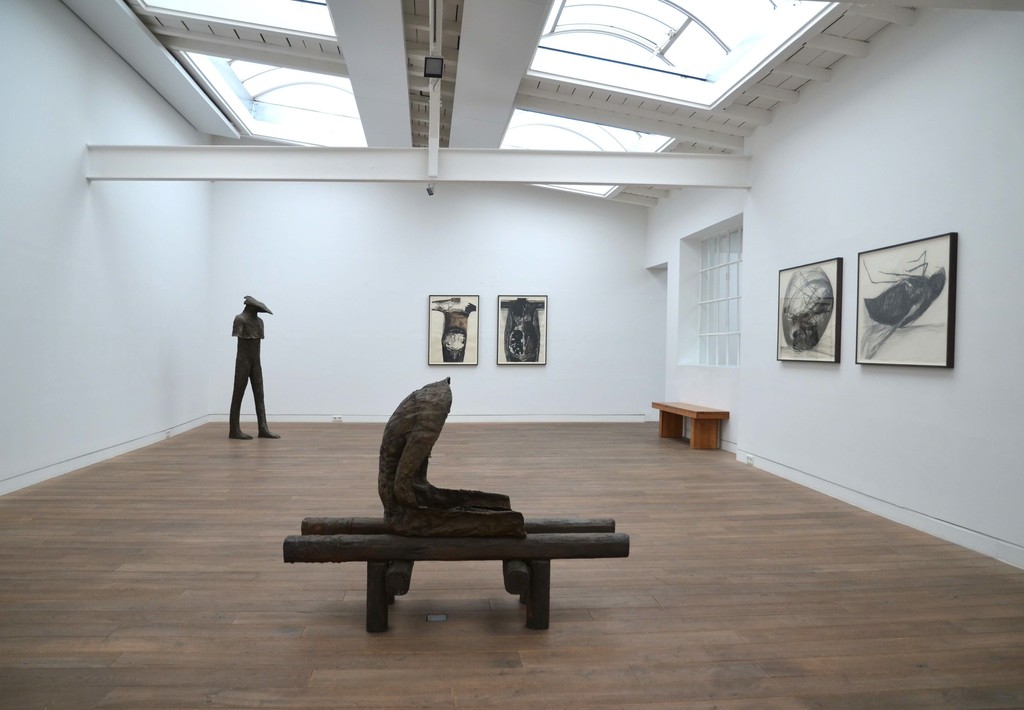 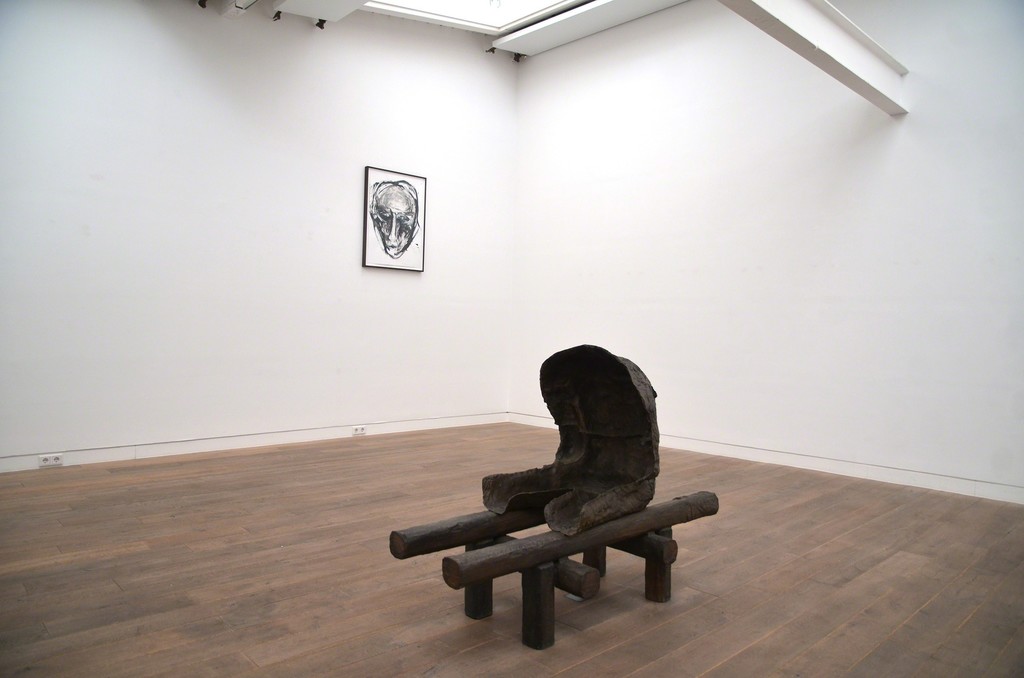 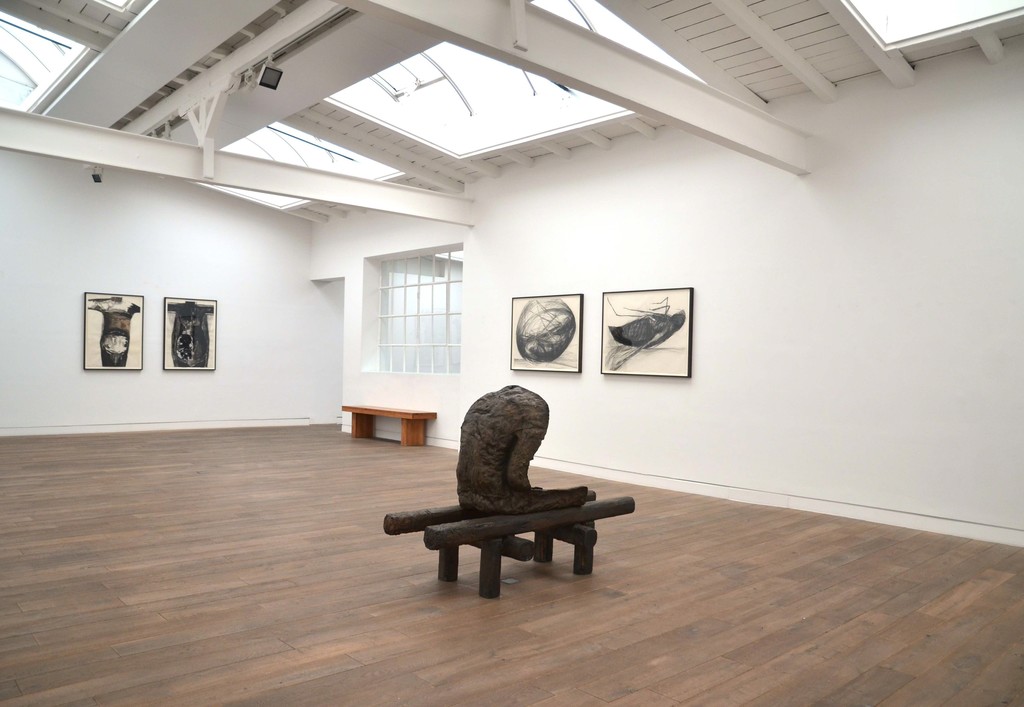 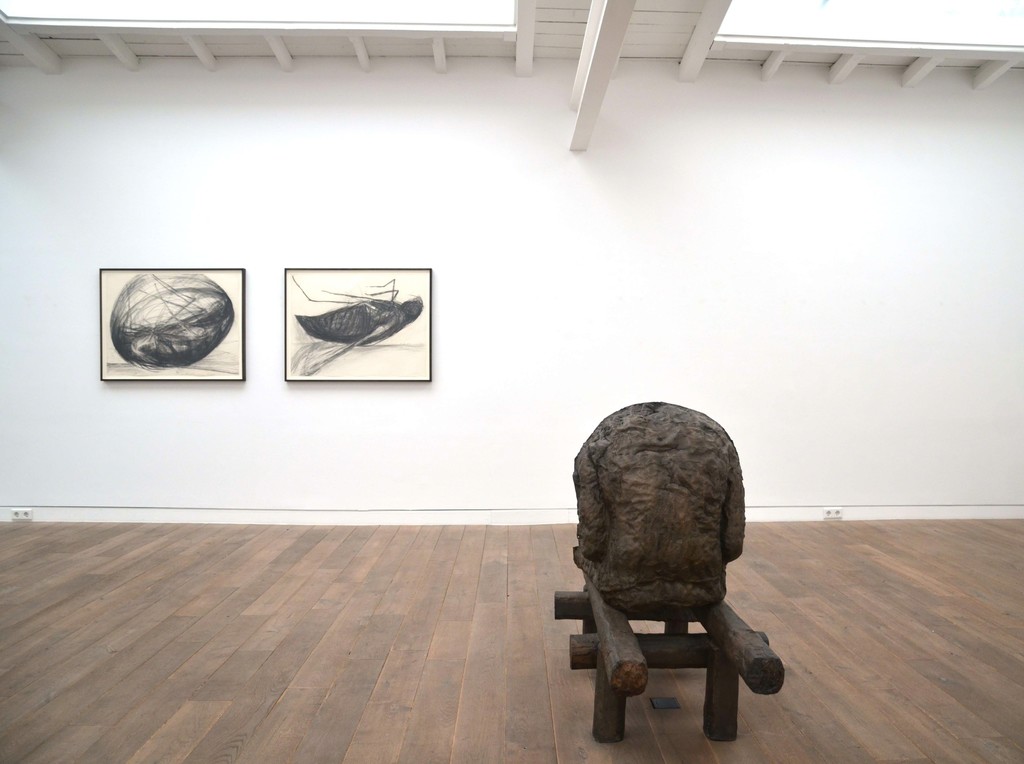 Beck & Eggeling presents the exhibition Magdalena Abakanowicz. In Honour of her 85th Birthday from 20th June until 22th August in its Dusseldorf gallery rooms.
Magdalena Abakanowicz is without doubt one of the most significant sculptors of our time, who has developed a universal sculptural language that is unique and unmistakable. Many of her works have been shown in more than 40 solo exhibitions worldwide and several of her sculptures receive special attention in public spaces.

Parallel to the Venice Biennial, the exhibition Magdalena Abakanowicz. Crowd and Individual, consisting of 110 burlap figures, is open to the public until 2nd August 2015 at the Fondazione Giorgio Cini on the Island San Giorgio Maggiore in Venice. This presentation is realized by Beck & Eggeling International Fine Art and Sigifredo di Canossa in collaboration with the Fondazione Giorgio Cini and the curator Luca Massimo Barbero. This large installation belongs to the series Crowds, a central theme in the artitst's oeuvre. “Maybe the experience of the crowd, which waits passively in line, but is ready to trample, destroy, or adore on command, like a headless creature, has become the focus of my research. What may also have attracted me to the theme was my fascination with the scale of the human body, or a desire to determine how little is needed to express the whole.” (Magdalena Abakanowicz) The sculptor has produced several varying examples of Crowds of standing, running or sitting figures made of textiles such as burlap as well as of bronze and steel.

”I think that the impact of Magdalena Abakanowicz’s work”, says curator Luca Massimo Barbero, “arises from the way she conveys through a powerful sense of a crowd or group a human condition with an existential meaning in which often faceless people are bewildered bystanders, who find or lose themselves again. The theatricality of this group of figures is achieved by placing the visitors and the work on the same level in a mingling of 'crowds', which also has the feel of an extraordinary, tragic human choreography; a game between two sides – humans and statues.”

The internationally renowned Polish sculptor Magdalena Abakanowicz will be 85 years old on 20th June 2015 and to mark this day, Beck & Eggeling will dedicate a solo exhibition in Dusseldorf to her, focussing on the theme of the single figure. The artist also attaches particular importance to the aspect of the individual. Each of the artist's sculptures is characterized by uniqueness and individuality.

The focus of the exhibition will be on the bronze sculpture Solitude (190 kg, 107 x 140 x 65 cm). It is the shell of a figure sitting slightly bent forward on a wooden frame. The work dominates the room with its powerful presence. Besides the installation Crowd and Individual in Venice, looking at this sculpture in particular it becomes clear that the impressive artistic expression of Magdalena Abakanowicz has left its marks in the field of experimental sculpture. For the artist has changed the meaning of sculpture, from an object to be contemplated to spaces of experience. Viewing Solitude the visitor cannot easily withdraw from the fascinating impression between fragility and dignity,
presence and self-assertion.
In addition, ink and charcoal drawings on paper are presented alongside this sculpture.

In honour of her 85th birthday the book Magdalena Abakanowicz. Crowd and Individual – Catalogue of Exhibitions and Permanent Installations was published by Beck & Eggeling Kunstverlag. This 234-page extensive catalogue in English lists all important solo and group exhibitions chronologically as well as permanent installations in public spaces, annotated by installation views and individual texts.

Magdalena Abakanowicz (Falenty, 1930) was born in Poland to an aristocratic family of Polish- Russian descent. The Second Wold War broke out when she was nine years old, and she experienced the Soviet revolution and forty-five years of communist regime. Poland was a politically unstable country, in which inconstancy was the only constant. This hard time has significantly influenced her artistic process.
Magdalena Abakanowicz's work has been presented in various exhibitions worldwide and she is represented in many international public collections. The artist has received several renowned prizes and awards. She lives in Warsaw.