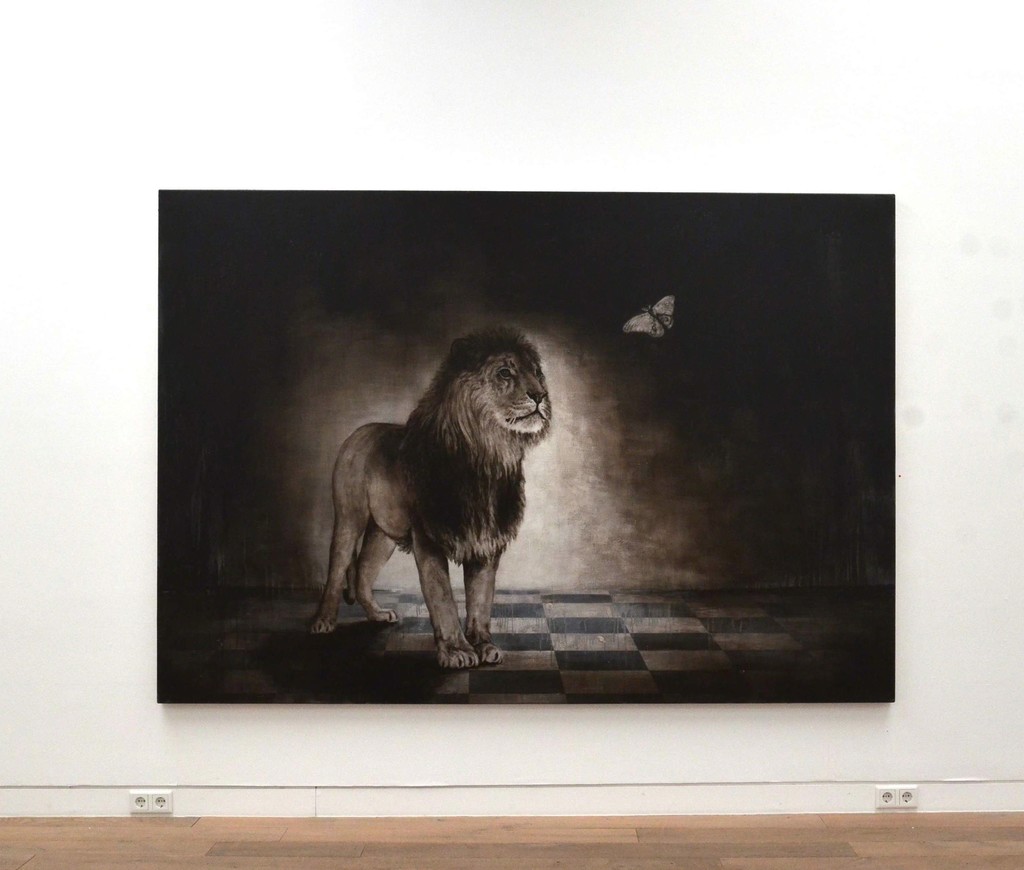 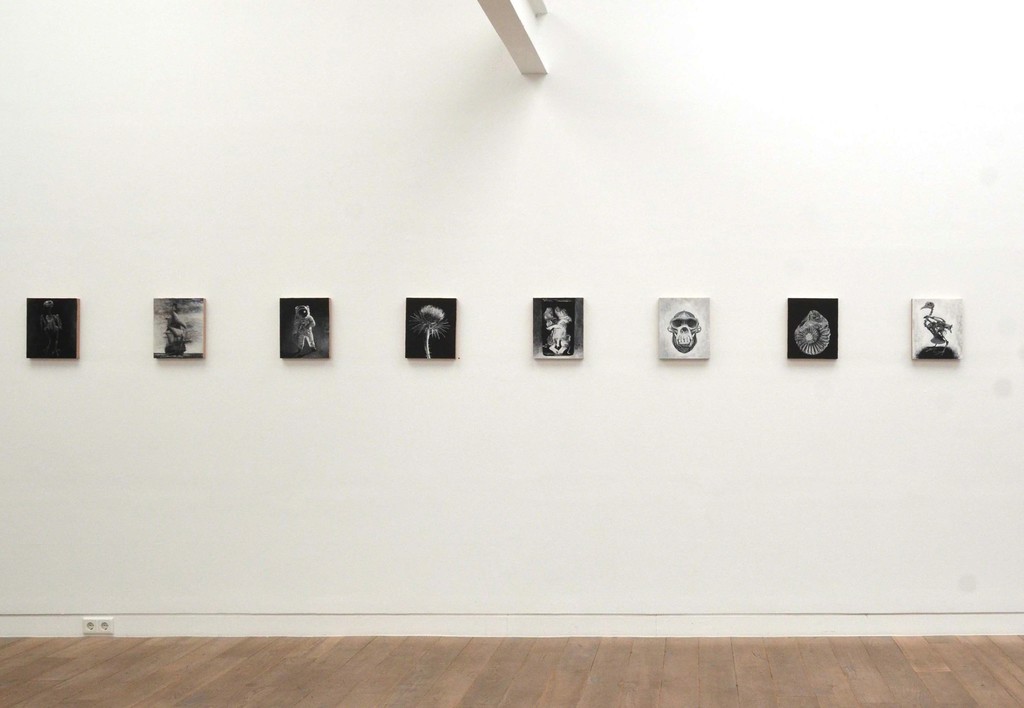 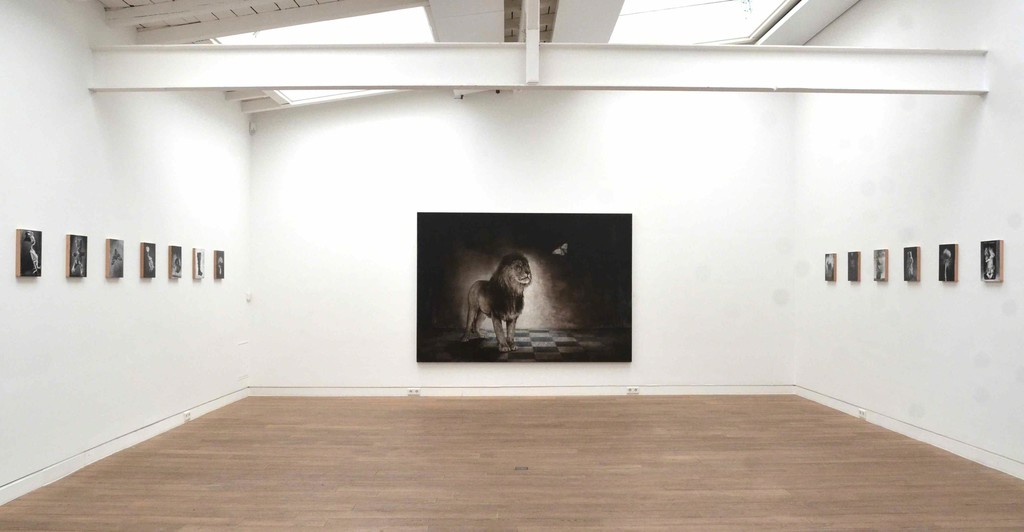 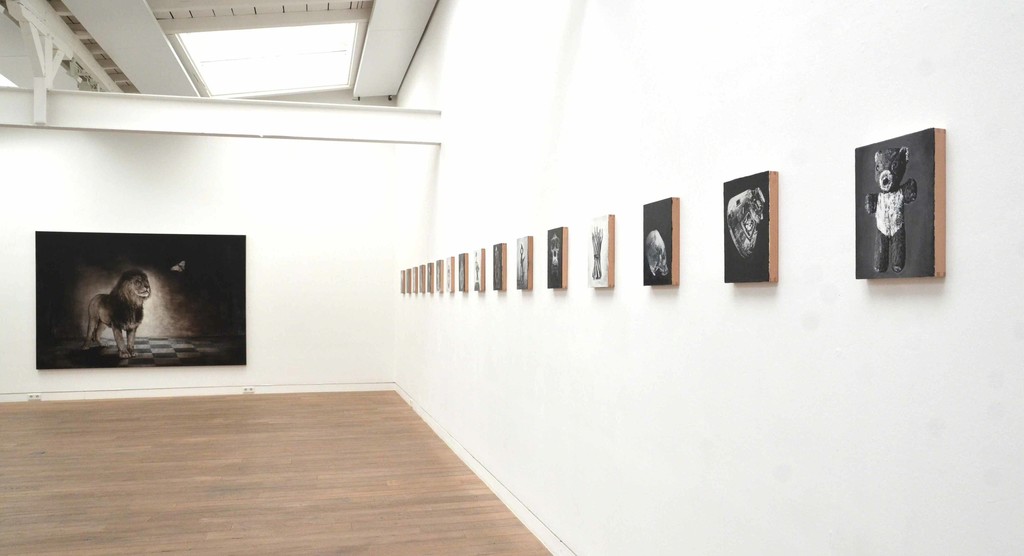 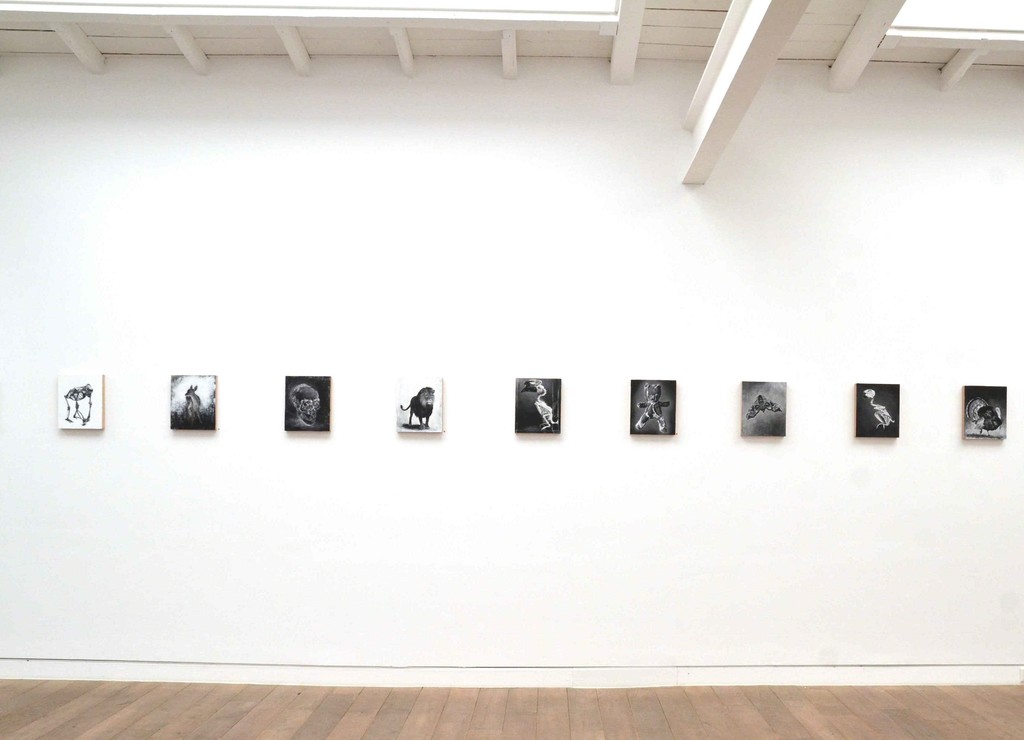 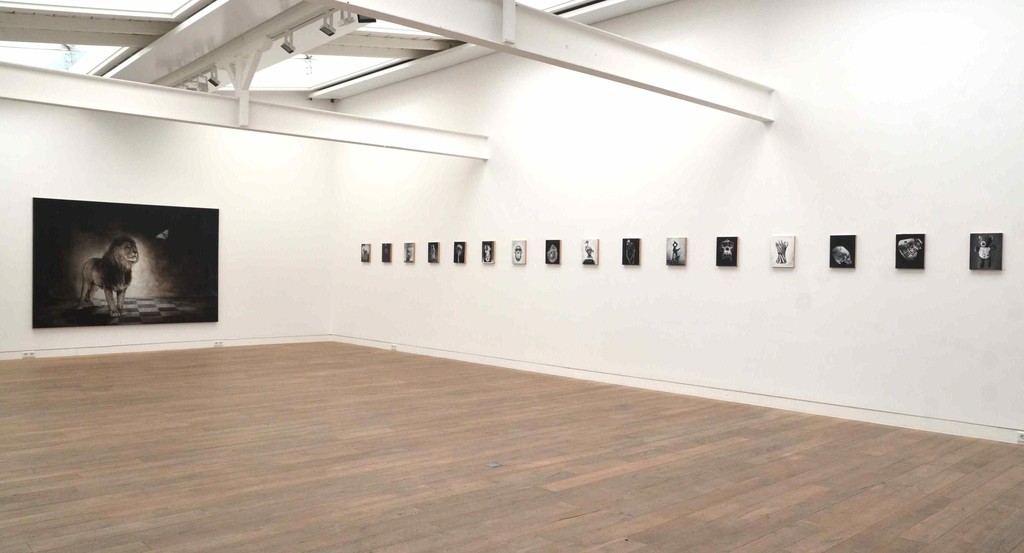 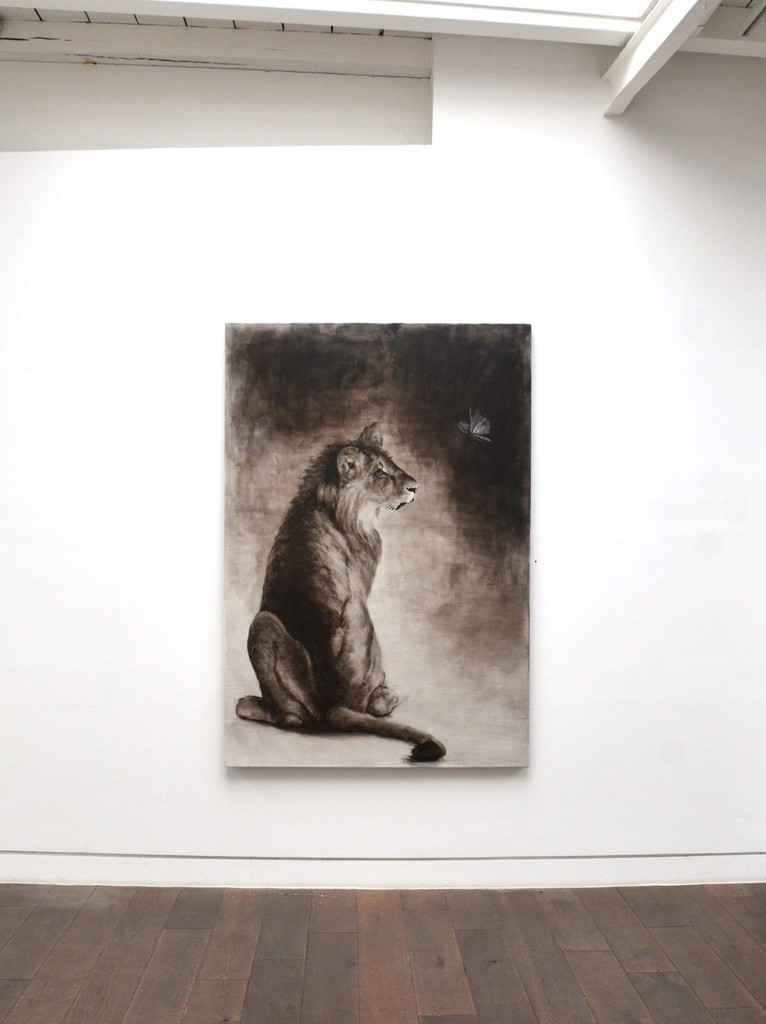 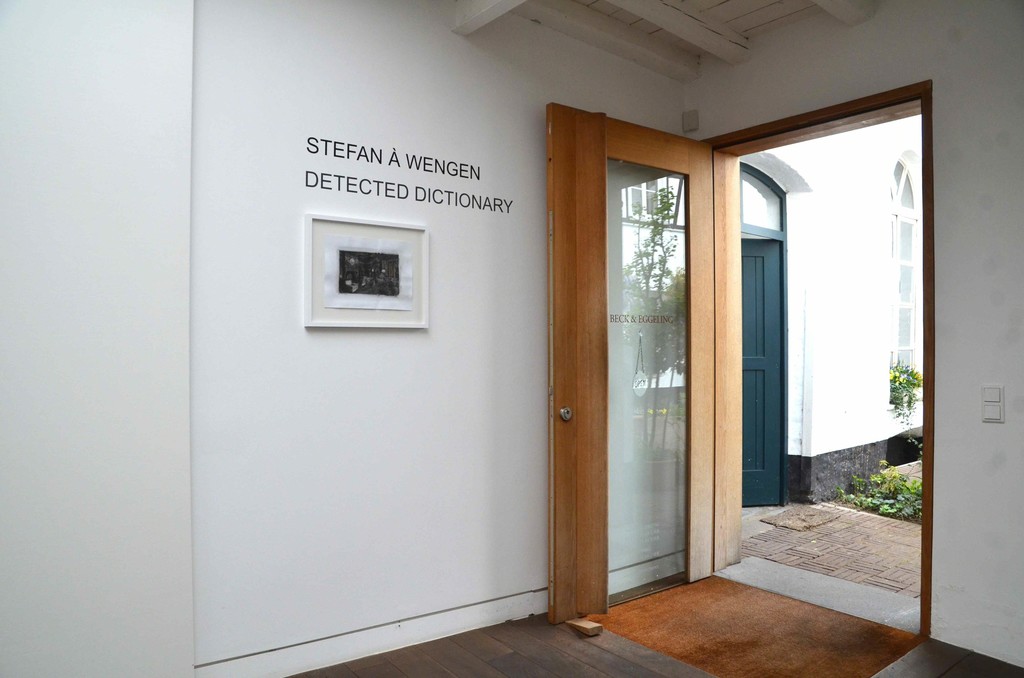 Stefan à Wengen has put himself in the position of a detective for this show and has drastically questioned his own picture language in the process of his 30-work series "Detected Dictionary" from 2014.

Already since the mid-1990s, the artist has been dealing with questions regarding cultural codes and cultural memory in his larger work groups. In this series, he deliberately uses the colours black and white as well as various shades of grey, which accentuate his sophisticated and detailed manner of painting. Singularly depicted objects on a 30 x 25 cm canvas, mounted on wood, are immediately recognizable and evoke different associations in the beholder. The lion for instance, which occurs recurrently in this series, with its stately demeanour in the work 'Hieronymus-Painting (D.T.M.C.)' symbolises strength and potency. Other motifs are reminiscent of baroque still lives depicting skulls, animal skeletons and moths, symbolising the transience of earthly existence.

Influenced by experiences during his travels through the jungle, his works remind the beholder of the beginnings of human history. The artist combines deeply symbolic picture elements and thus achieves a new and particular reality. Subjects essential to life, such a death, sexuality and existence, are dealt with in Stefan à Wengen' own picture language and evoke personal experiences in the observer.