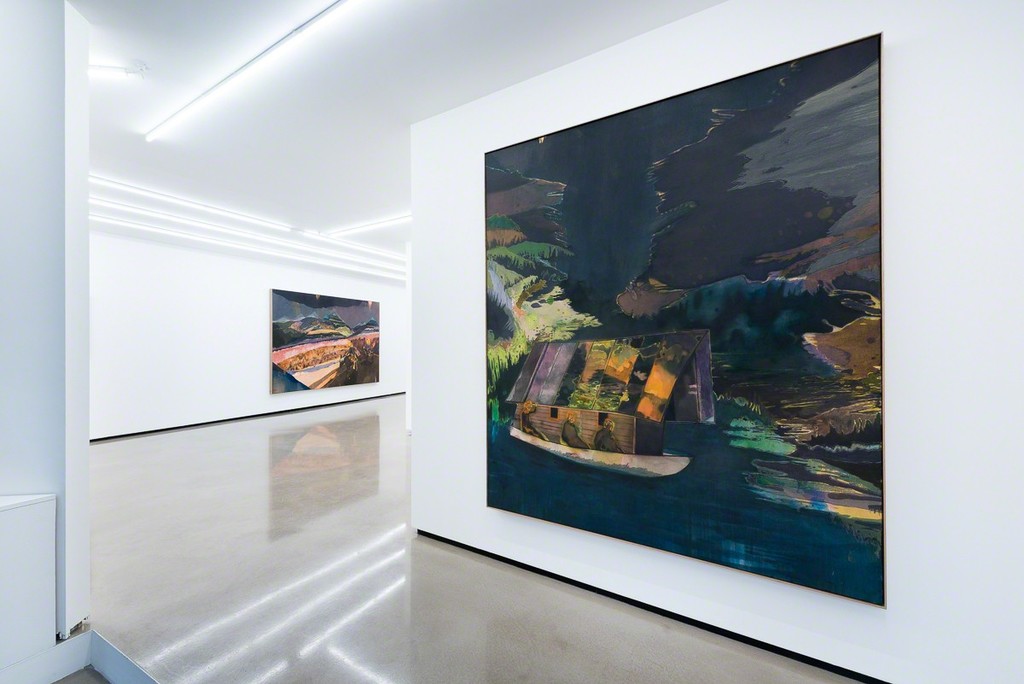 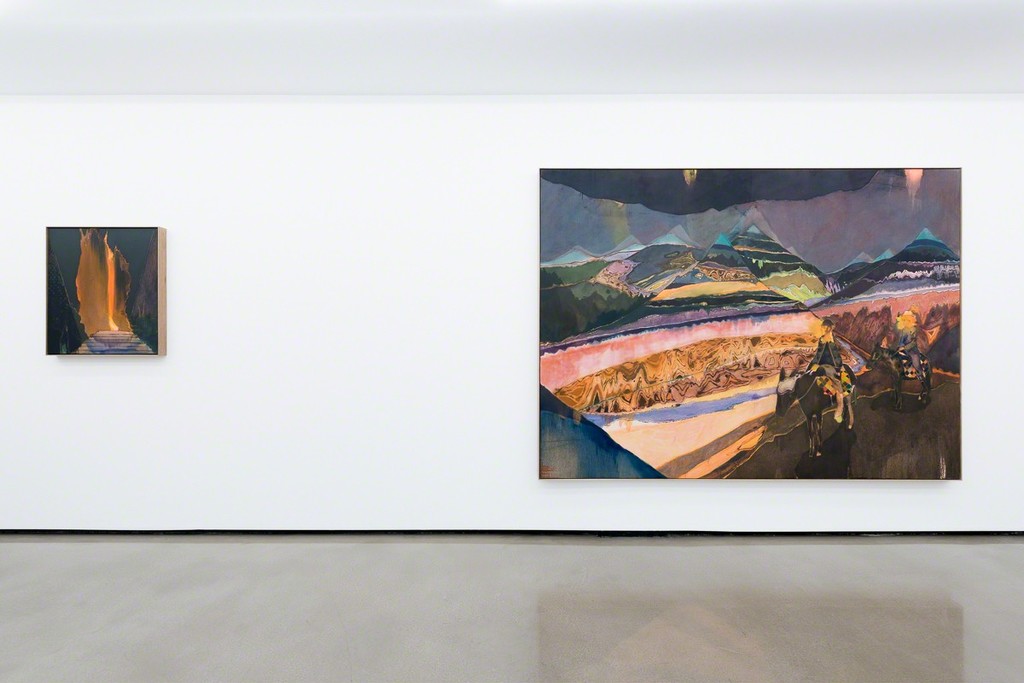 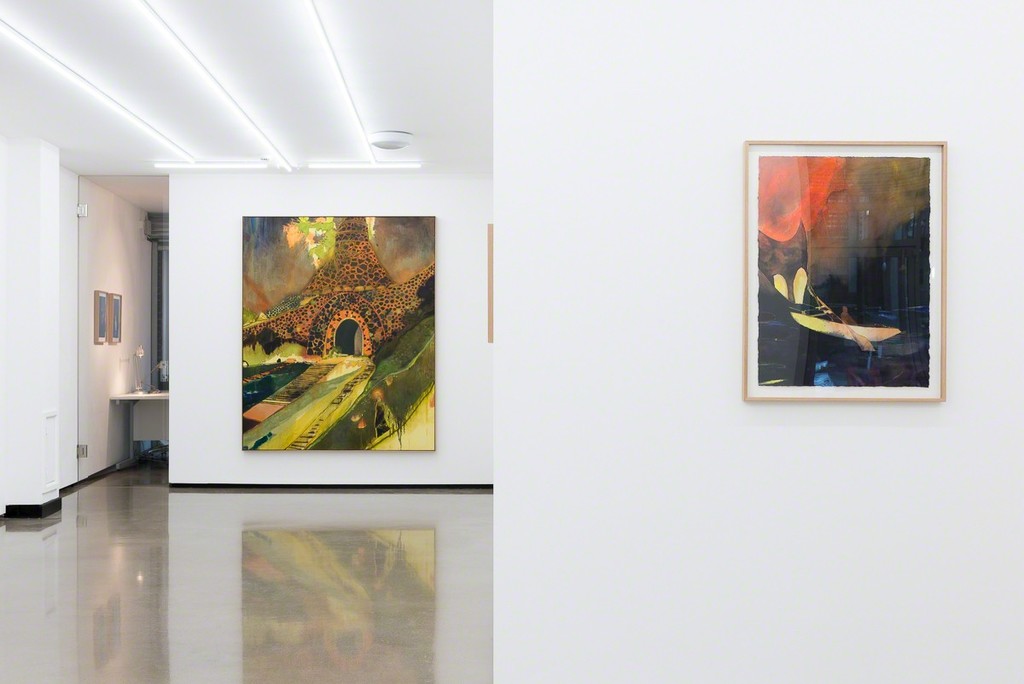 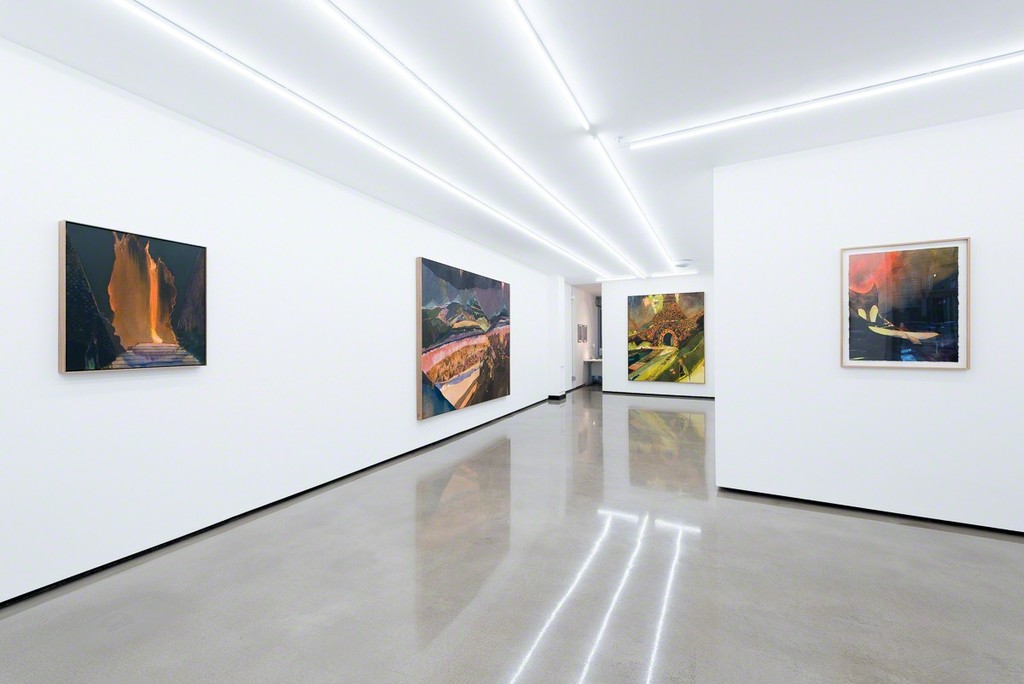 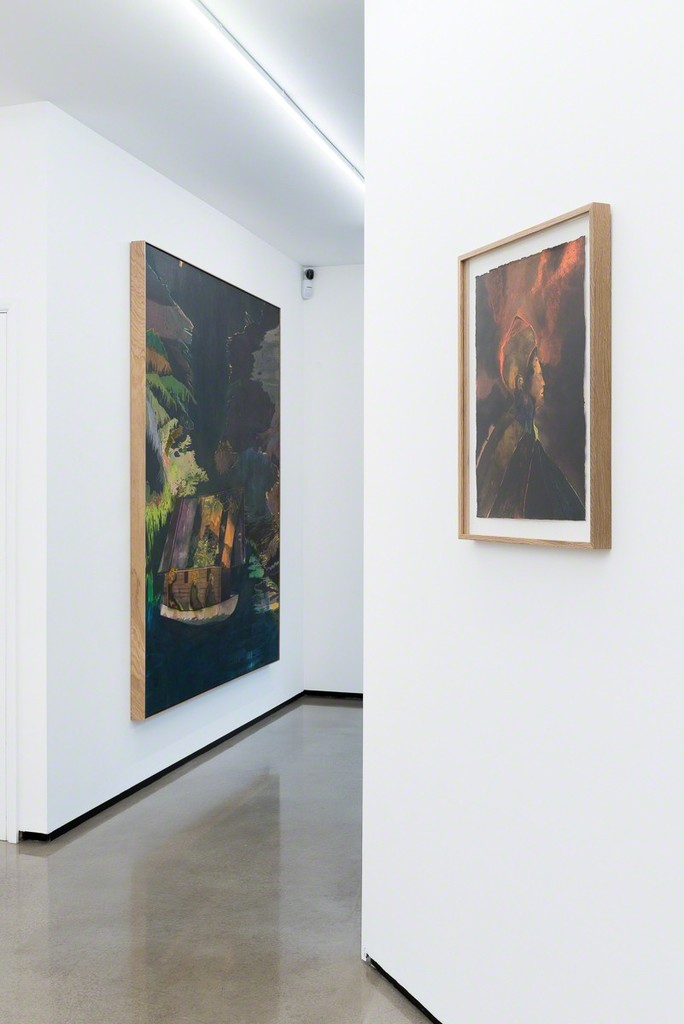 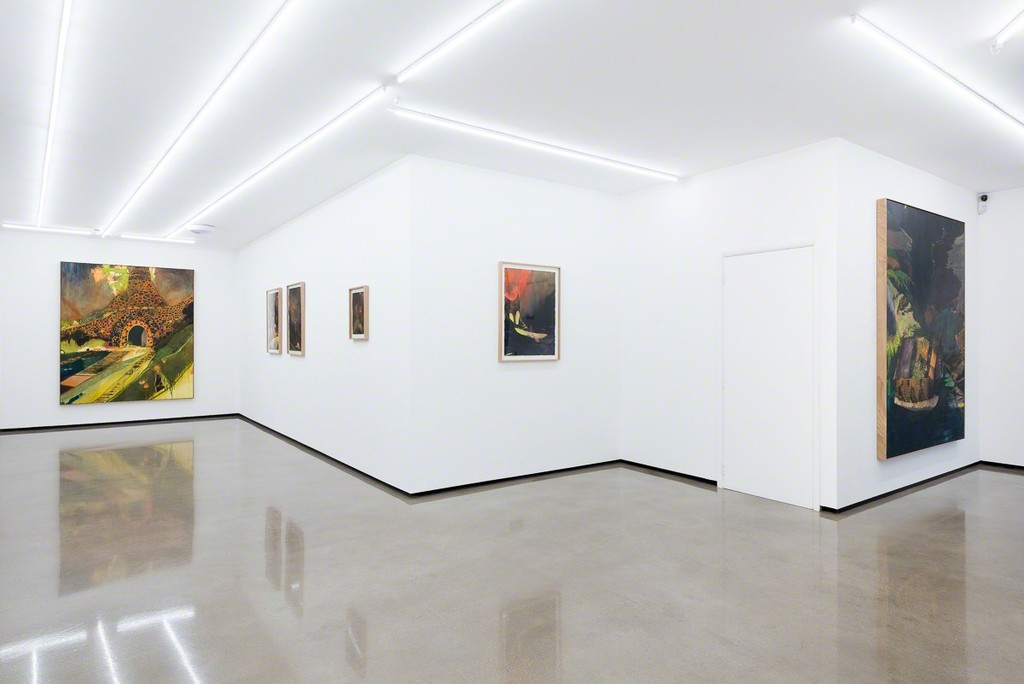 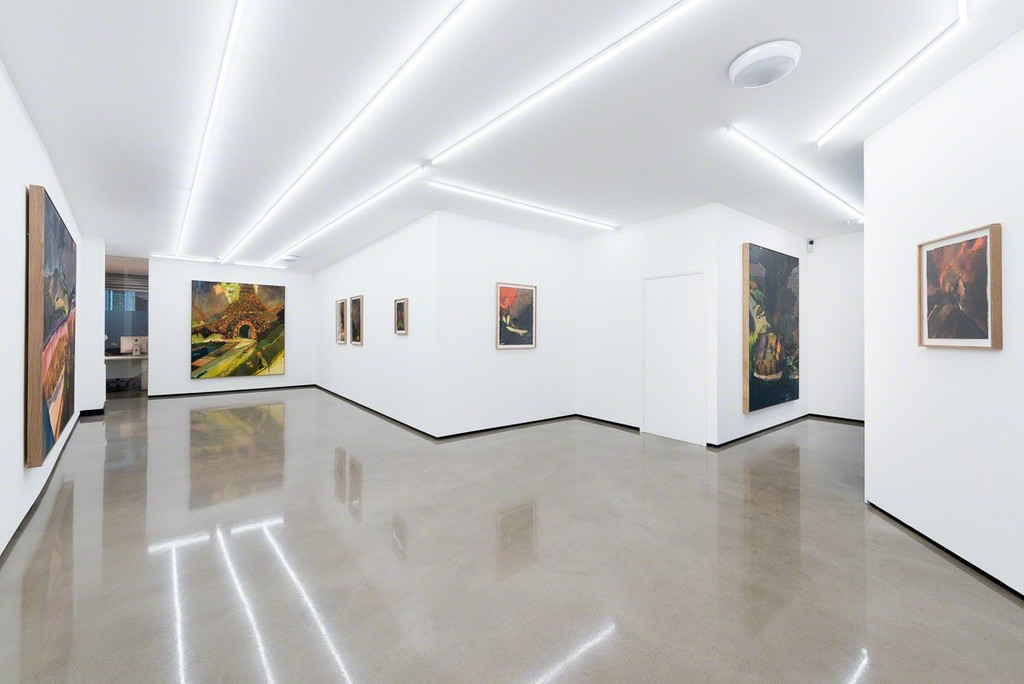 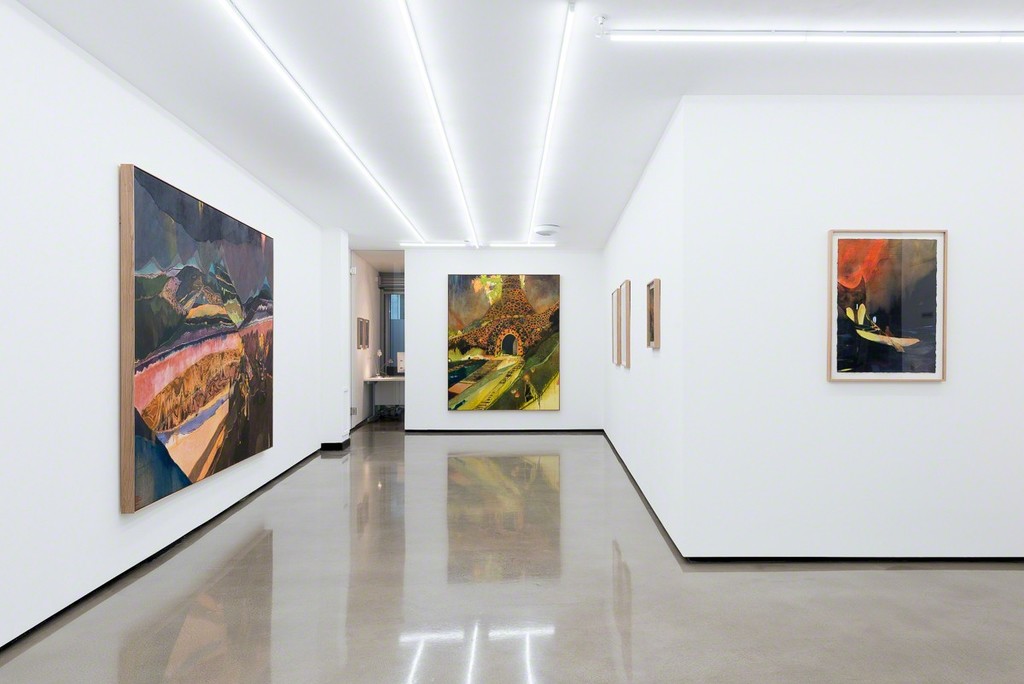 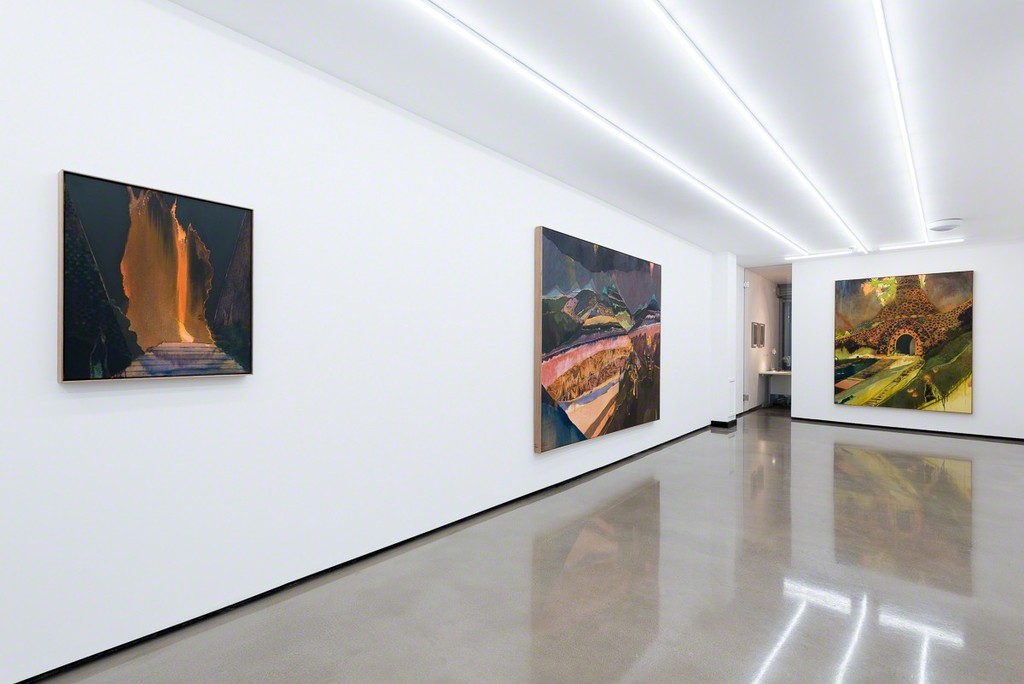 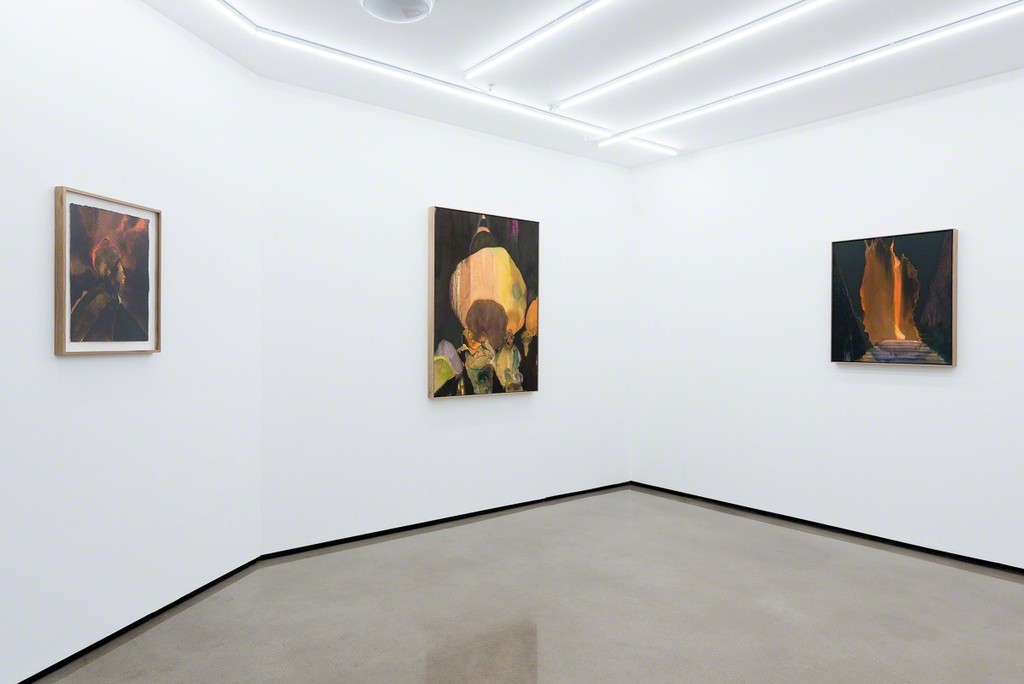 “A Long Obedience” is a new body of paintings by Australian artist Adam Lee exploring ideas of pilgrimage. The works draw their imagery from an eclectic mix of historical and contemporary references, ranging from photographs found in early National Geographics, the mystical histories of monastic traditions, to the poetic writings of Cormac McCarthy and John Steinbeck. The exhibition title references Friedrich Nietzsche’s assertion that “the essential thing ‘in heaven and earth’ is that there should be a long obedience in the same direction…” . It also draws upon clergyman Eugene Peterson’s study of the ancient Jewish pilgrim songs and points toward the passage of time associated with spiritual pilgrimage, human migration through various histories, and the daily activity of studio practice.

While depicting journeys through temporal landscapes infused with a sense of wilderness, the works touch upon the inward transfiguration of pilgrims wayfaring from one site to another, ultimately sojourning toward a timeless dimension outside of this world. Connected with this is Lee’s own digesting of a recent artistic pilgrimage of sorts; a travel grant earlier this year which enabled him to journey from Australia to London, Vienna and Berlin to study museum collections including the works of Bruegel and Casper David Friedrich. In this sense the exhibition references the “long obedience” of a daily painting practice which, while taking cue from historical figures, artworks and monuments, seeks to investigate the relevance and place of painting as a contemporary form of pilgrimage.

Adam Lee works from his studio in the hills of the Macedon Ranges, Victoria, and he works mostly with traditional painting and drawing materials. His work references a wide range of sources including historical and colonial photography, biblical narratives, natural history and contemporary music, film and literature to investigate aspects of the human condition in relation to ideas of temporal and supernatural worlds.

ADAM LEE (b.1979, Melbourne, Australia) received his Bachelor of Arts, Fine Art (Painting) from the Royal Melbourne Institute of technology. Lee continued his studies by completing his Masters by ‘Research In Fine Art’ from the Royal Melbourne Institute of technology and furthered his education by undertaking a PhD in Research Project at the Royal Melbourne Institute of Technology. Lee has had solo presentations of his work, including ‘Eden. Exile. Babel’ (2015) at Station, Melbourne, 'Into the Heart of the Sea and the Sea and to the Roots of the Mountains' (2013) and 'The World Travailing' (2012) at Kalimanrawlins, Melbourne and also, 'And They Build for Themselves Kingdoms' (2011), Tristian Koenig, Melbourne. Lee has been shortlisted for numerous awards including the Geelong Contemporary Art Prize, Geelong Gallery, Geelong, Victoria, (2014). National Works on Paper Prize, Mornington Peninsula Regional Gallery, Mornington, Victoria, (2014). The Arthur Guy Memorial Painting Prize, Bendigo Art Gallery, Bendigo, Victoria (2013). The Churchie National Emerging Artist Award, Griffith University, Brisbane (2012/11). Redlands Westpac Art Prize (nominated by Jon Cattapan), Mosman Art Gallery, Sydney (2010). Adam is currently represented by Station in Melbourne.