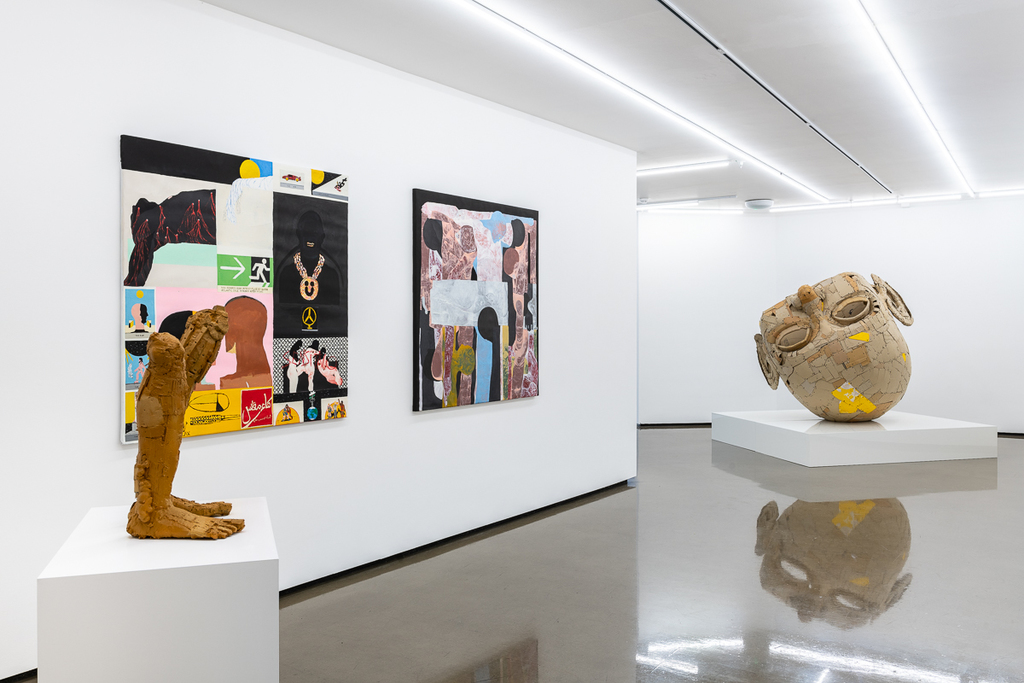 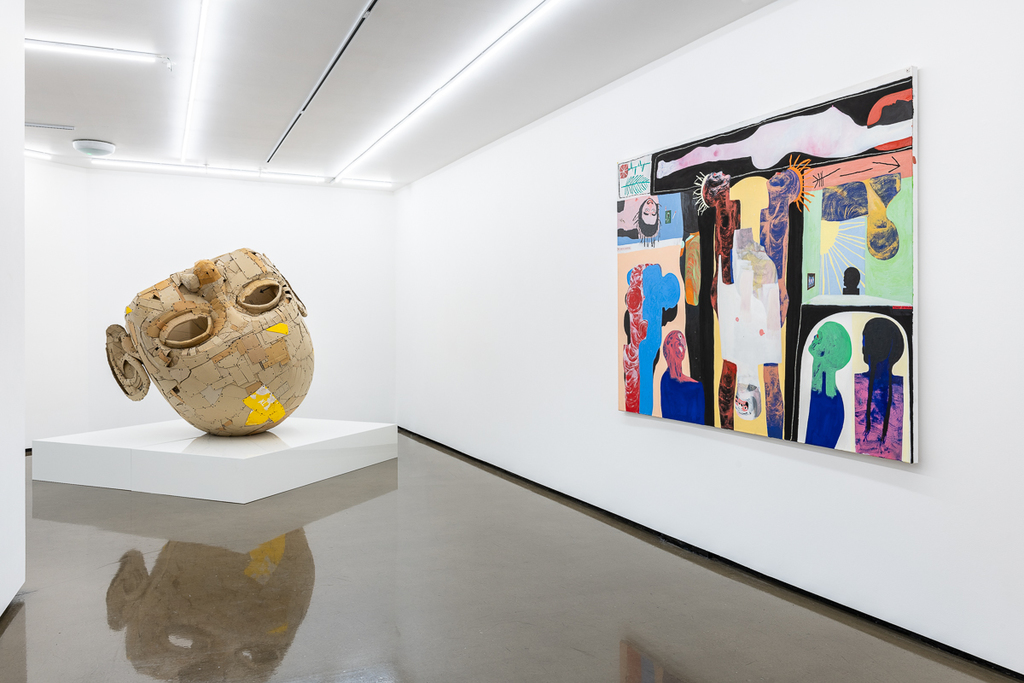 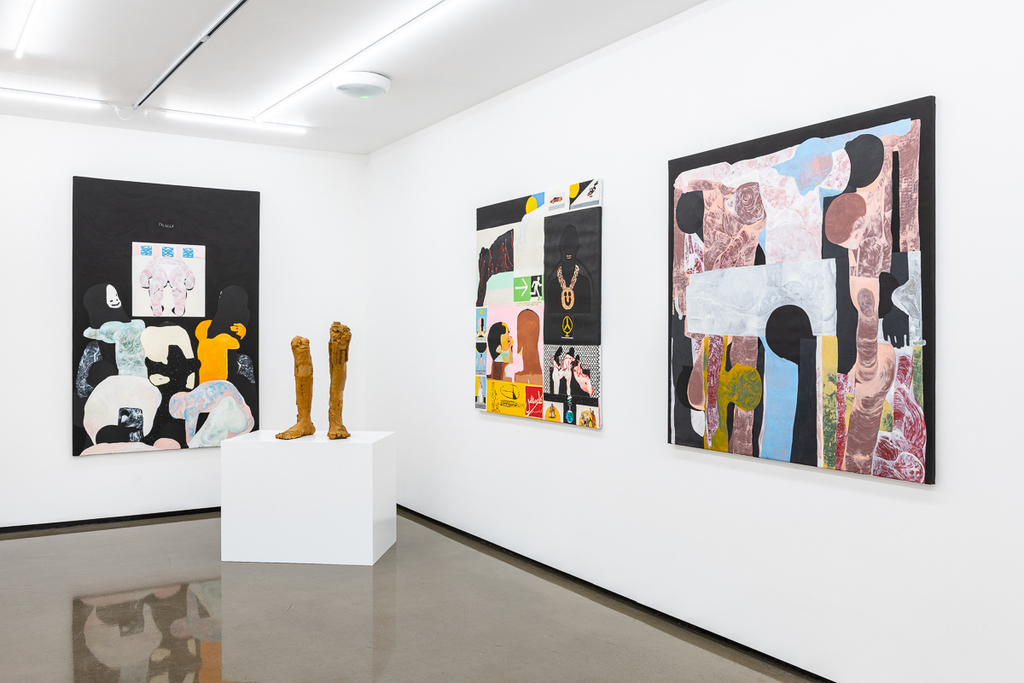 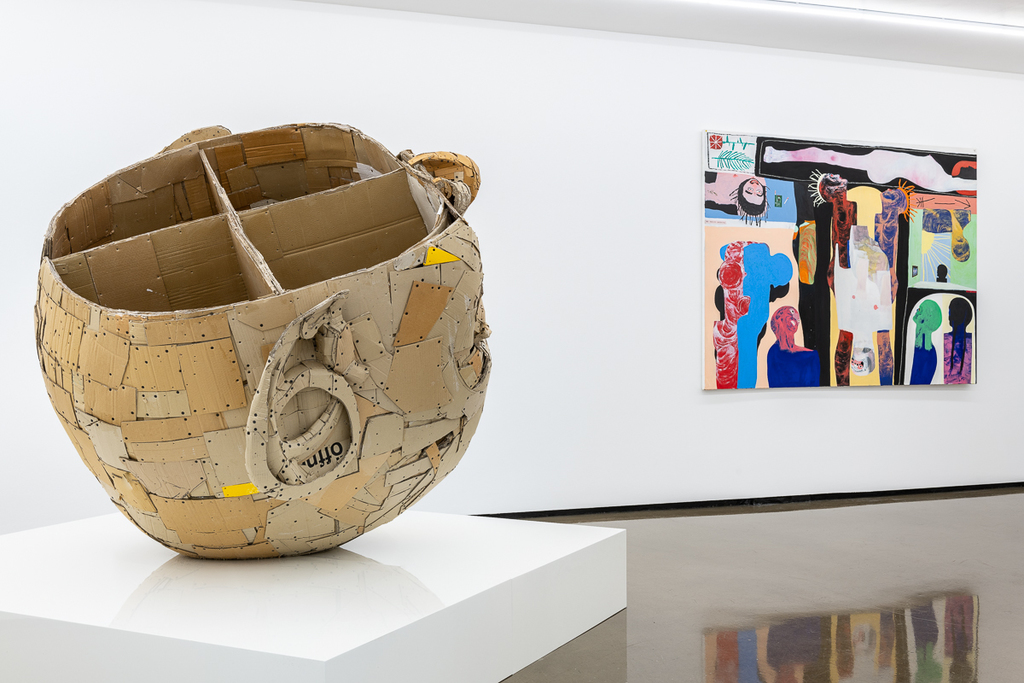 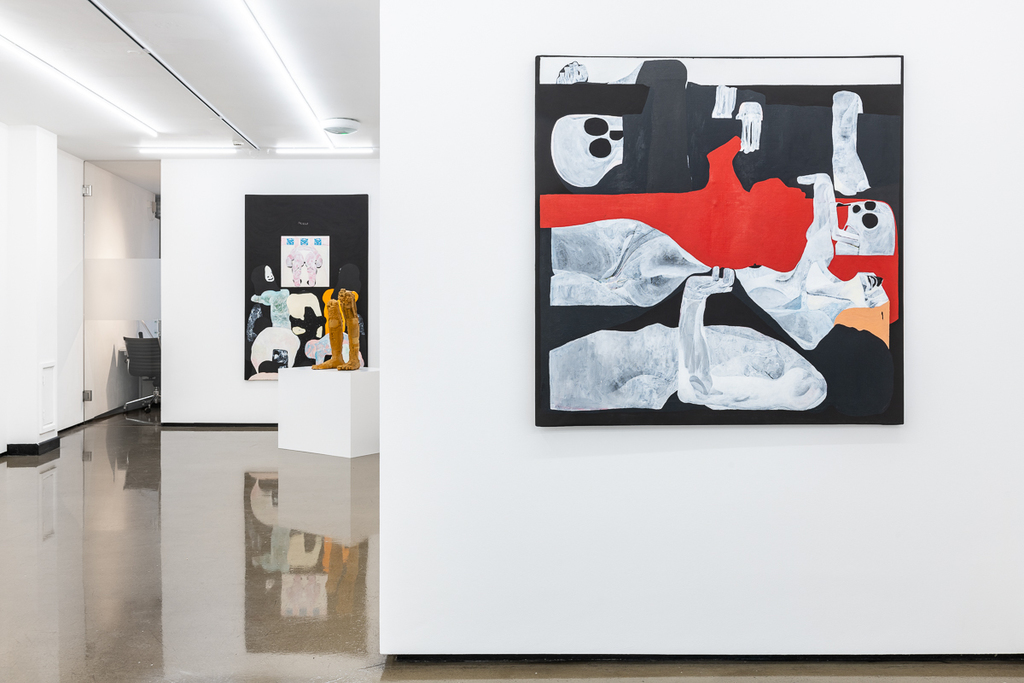 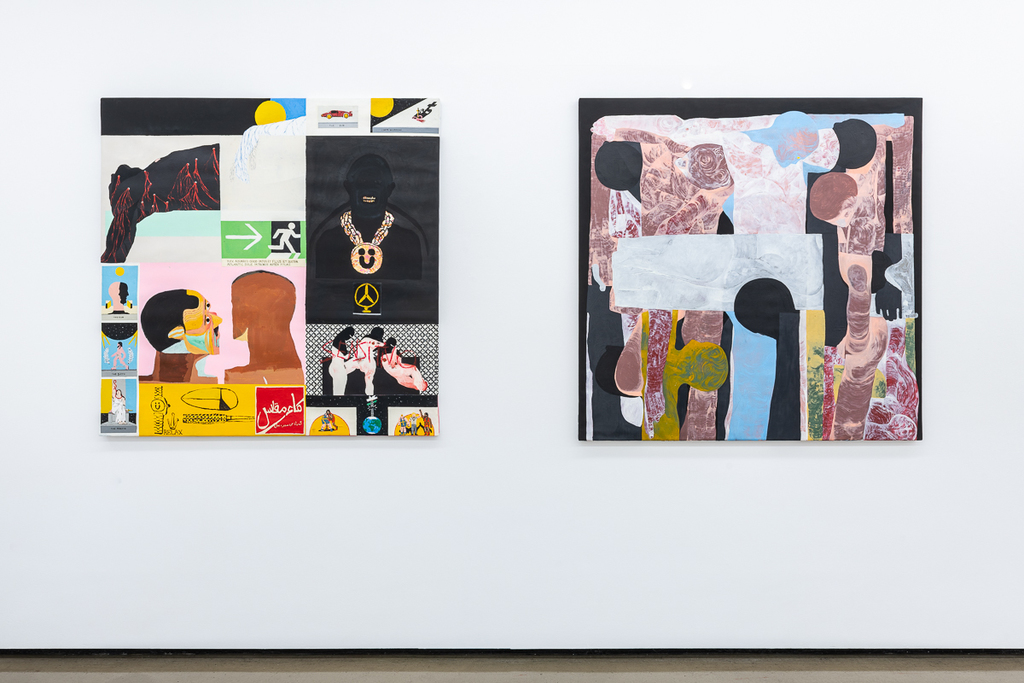 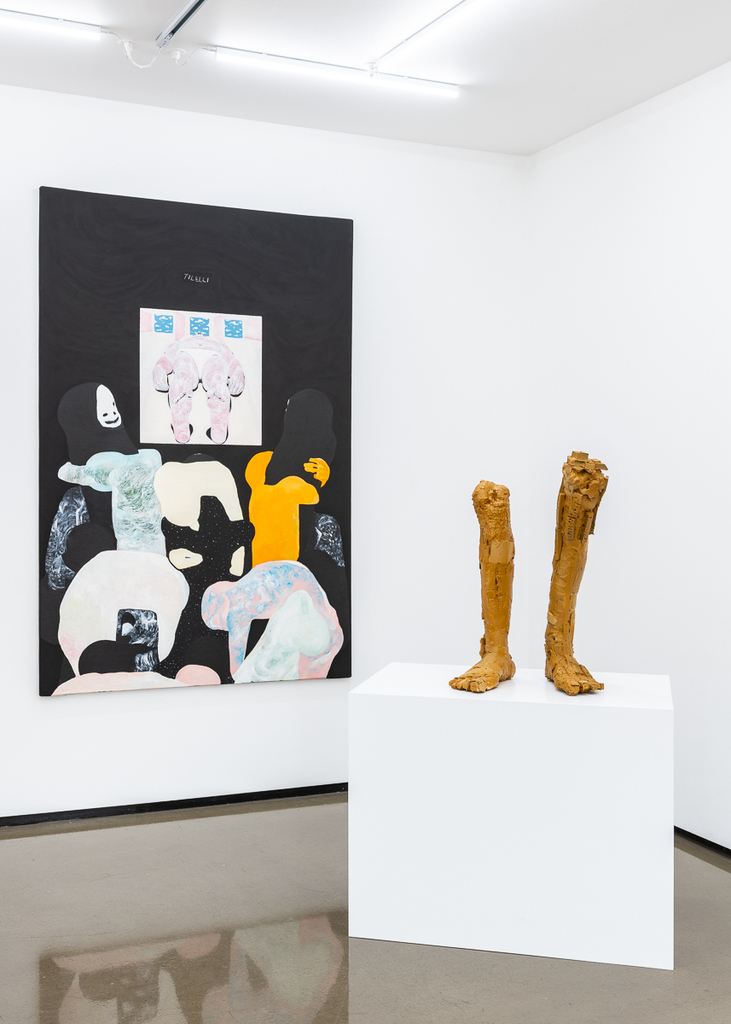 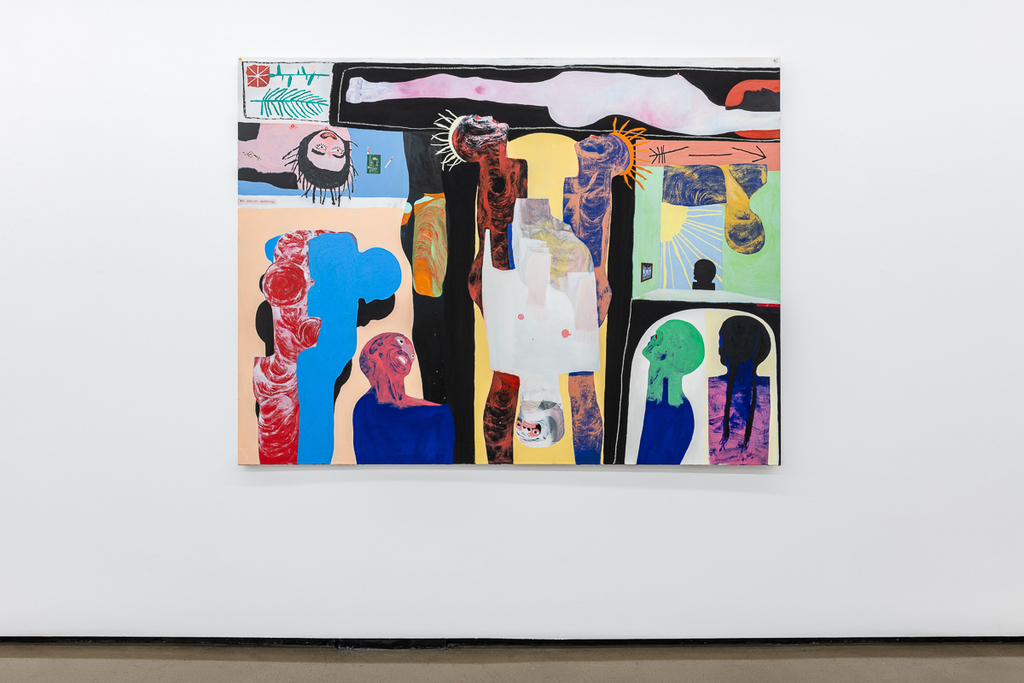 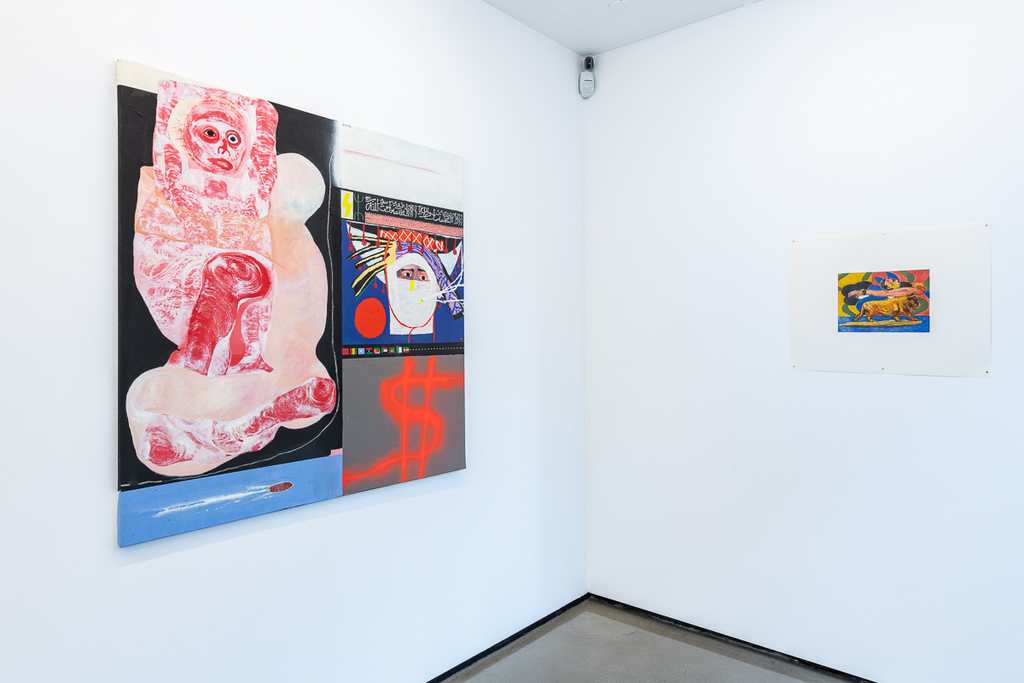 Also known as humourism, ‘humoral theory’ was a model for the workings of the human body in which four humours existed as liquids within the body. The humours were blood, phlegm, black bile and yellow bile, and they governed aspects of the human disposition, including the sanguine, choleric, melancholic, or phlegmatic. As a sort of antiquated ‘medical measurement’ of the body, it dates back to 3rd Century physicians who were interested in ailments and operations of the human body as being natural, as opposed to supernatural. Oddly, they are often referenced today in artistic and certain historic theories, perhaps because they summarize our natural bodily urges, impulses, and physicality into easily understandable categories. While humoral theory may seem slightly silly by today’s standards, they remain a poetic, metaphoric, and abstract means to understand the innate complexities of the human body, mind, and soul. Such thought predates medical, shamanistic, or (quasi)religious discoveries that occurred many centuries later – however naive they may still appear – such as flaying, trepanation, bloodletting, or even more modern psychological revelations as the Phrenology Chart, psychoanalytic study, or the Rorschaech Test, for example – all of which are alluded to (if not directly referenced by) various works on exhibit here.

Further, there is a sort of ‘upending’ of the personal and historical by each artist, beginning with Kowalsky, a Dutch artist, who uses a modern, Jewish-sounding pseudonym precisely for its very ‘unremarkable everyman-ness’; or Talhaoui or Khakshoor, who seem to actively evade what the ‘art world’ might expect of them. Kowalsky manifests this most evidently – at least in terms of the appearance of his works, which embrace a crude, DIY-aesthetic: the use of cardboard upends any sense of the horrific, presenting levity and wit, and also referencing the sense of decay. As a material, it is also impermanent and banal – as he states, rather like ‘coming closer to being human’. It also presents the body as a sort of vessel or husk – where the aforementioned decapitated head sits like an upturned shell to carry the soul – titled End of A System, it suggests perhaps, where the bodily ends and ideas related to the transcendent begin?

Throughout, we can extrapolate that perhaps the artists are looking to comment on ideas of universal humanness: what it means to abandon our identity and speak broadly, about human nature? To make works that speak to – and are made on behalf of – an ideological view of what man is, or what the very crux of human nature can be about.

Iranian artist Morteza Khakshoor studied in Tehran and moved to the United Sates in 2010; and like anyone who has emigrated/immigrated, the inevitable complexity of one’s own split identity often begins to materialize in some manner in their life and work. At least technically, the prints, drawings, and sketches included by Khakshoor are all composites: the product of dismantling and re-arranging myriad individual works on paper to make an amalgam – a Frankensteinian drawing created from the castoffs of prior works. The images he focuses on are narrative-building: a type of armchair psychoanalysis or even charlatanism on display – one thinks of levitating bodies or Houdini-like trickery. But all of this equally suggests a sort of discombobulated view of the body recalling a more psychological bent, from Sick Boy to Maybe a Meeting we begin to understand the hybrid world Khakshoor is interested in creating. As a viewer, we might extrapolate Freudian ideas of the subconcious, or begin to see how this leans into politics of the mind, spirit, and body: which is not so distanced from a Jungian point of view, where the soul plays a part in understanding psyche and our collective human experience.

Similarly, Talhaoui finds ‘ways around’ his own ethnic historicity… Finding that his work was becoming pigeonholed by ideas linked to his Moroccan heritage and/or his Swedish upbringing, he states: “[My heritage] is a part of me, but that is one of many parts…I don’t prefer to explain, it takes away from the observers subjective experience. I like and hate, feelings equally, and that’s what moves me in my work, feelings.” Instead – or rather, in addition – he leans to mid-century Austrians, like Egon Schiele, or Gustav Klimt for aesthetic cues, and more immediate sources – such as his son – for inspiration. From Schiele, Klimt, or the realities of his own offspring, it seems a logical presumption that Talhaoui is drawn to ideas of flesh, the body, birth, life, death – the human cycle. As viewers, we continue to further engage in the orgiastic revelry on offer – a danse-macabre of flesh and parts where bodies seem somehow chopped into sections and displayed here for the viewer. In Talhaoui’s work – such as Leyvolution (2019) presents a series of apparently flayed skins, shuffled like corporeal dominoes. Similarly, Kowalsky’s awe-inducing End of a System (2015-2017) recalls a Phrenology chart in its rudimentary ‘mapping’ of the human cranium, or perhaps a freshly trepanned (and decapitated?) skull. As works they are cheeky, humorous, but ultimately darkly compelling.

The title of this exhibition, Humoral Theory, was also quite purposefully chosen as a homonym for humour, (as in something funny), to drive a question at the type of ‘body politics’ – not unlike the odd humor found in Gunther von Hagen’s Bodyworlds exhibition where plastinated bodies are strung up in all sorts of wacky activities, then chopped up, splayed open, and shamelessly displayed for viewer consumption. As viewers, we can consider this as a universality presented in pseudo-medical, almost shamanistic means. There is a kind of wacky eschewal of the scientific which is replaced by various creative liberties, a metaphorical, personal, or even pseudoscientific approach. Rather, they choose a sort of ambivalent, albeit investigated approach, related to their current feelings: situational, causal, and immediate, however dismembered and re-catalogued they are here for the viewer. Any insinuations, segues, or allegories we take from here are perhaps constructs of our own imaginations and our own revelations about ourselves, our beings, and our bodies.

Moley Talhaoui (b.1985 Westeros, Sweden) lives and works in Stockholm. He is a self taught painter.