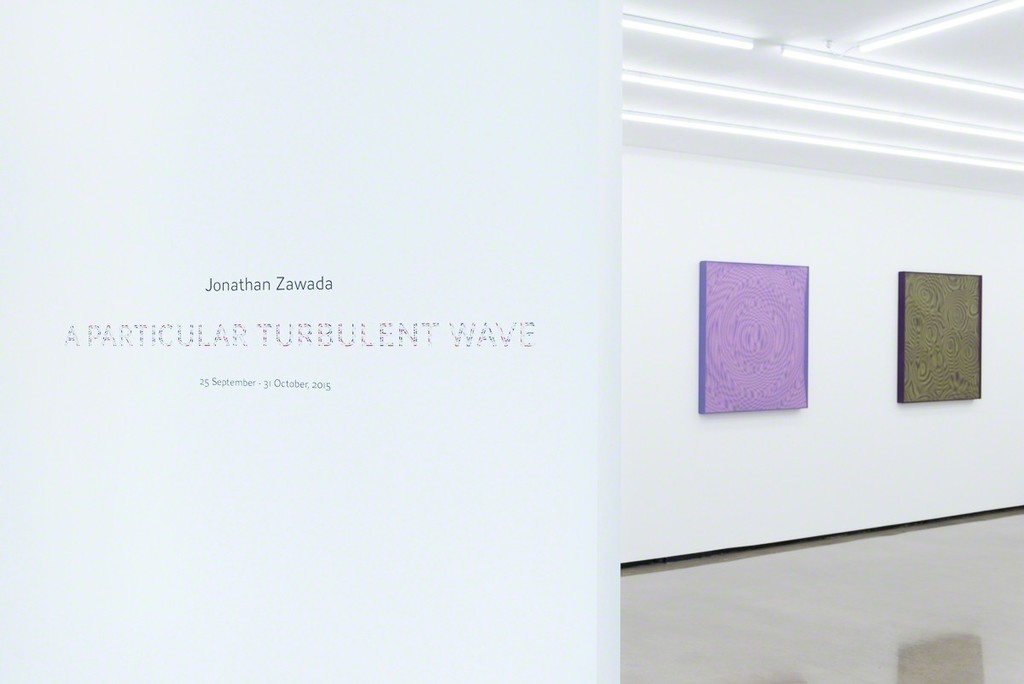 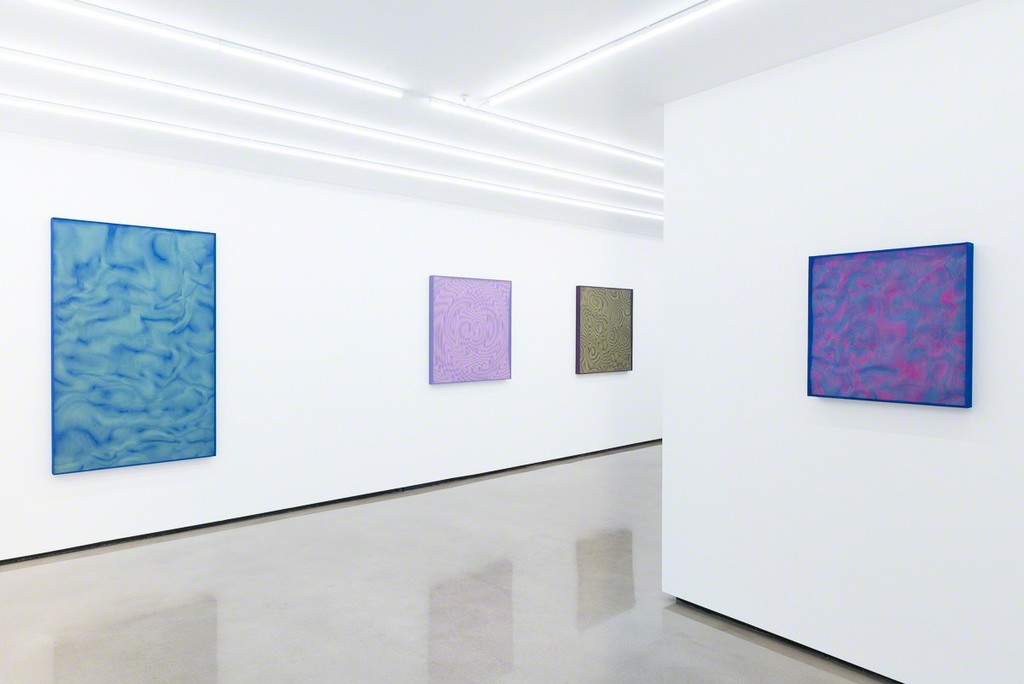 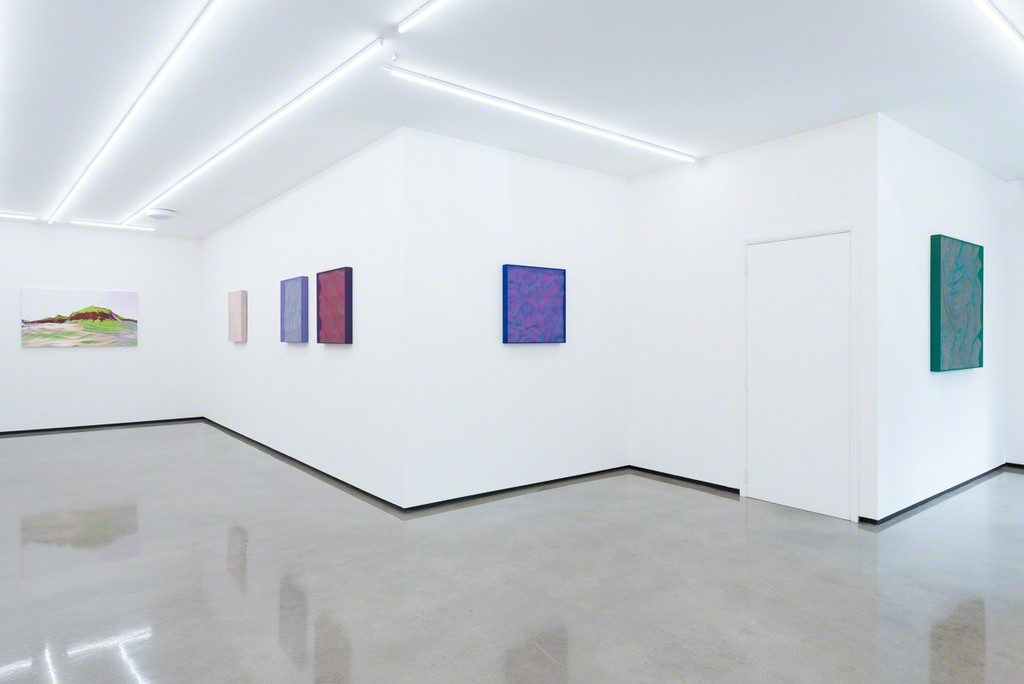 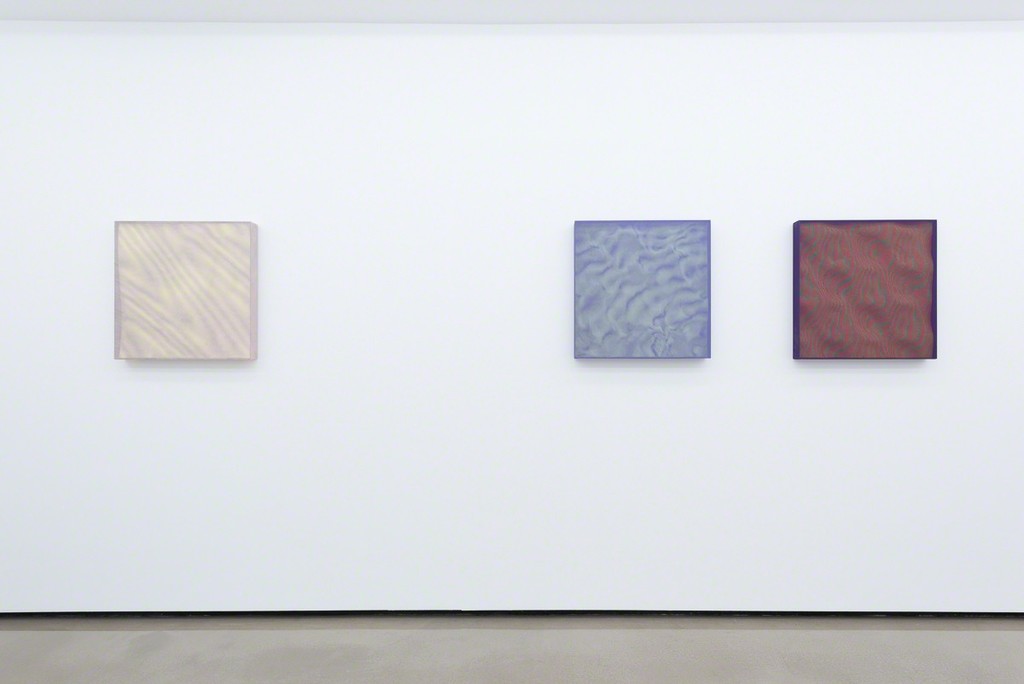 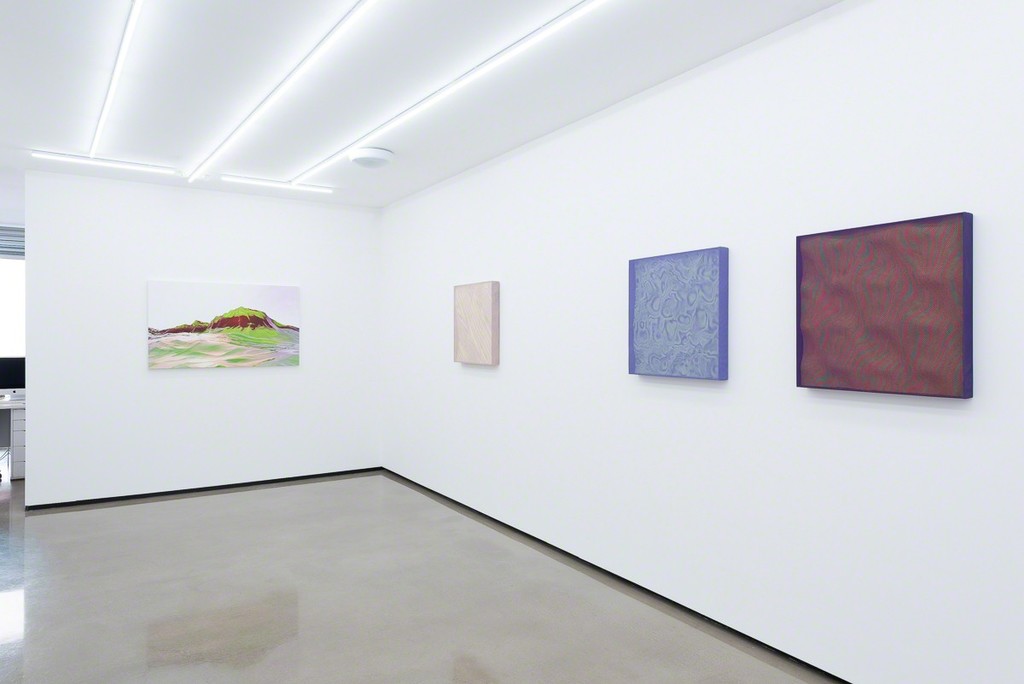 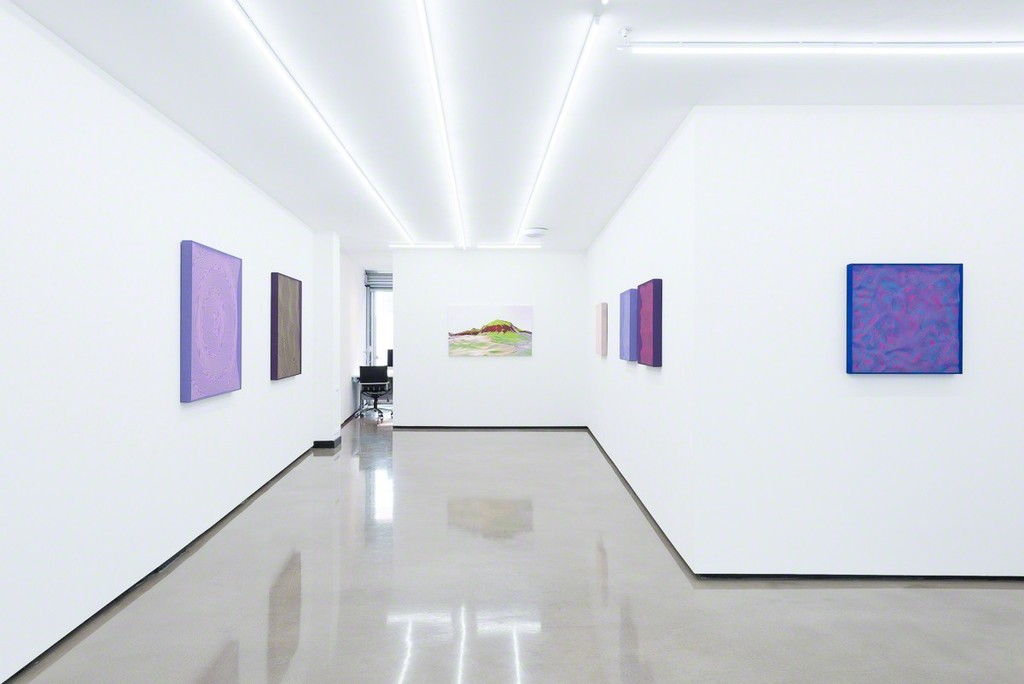 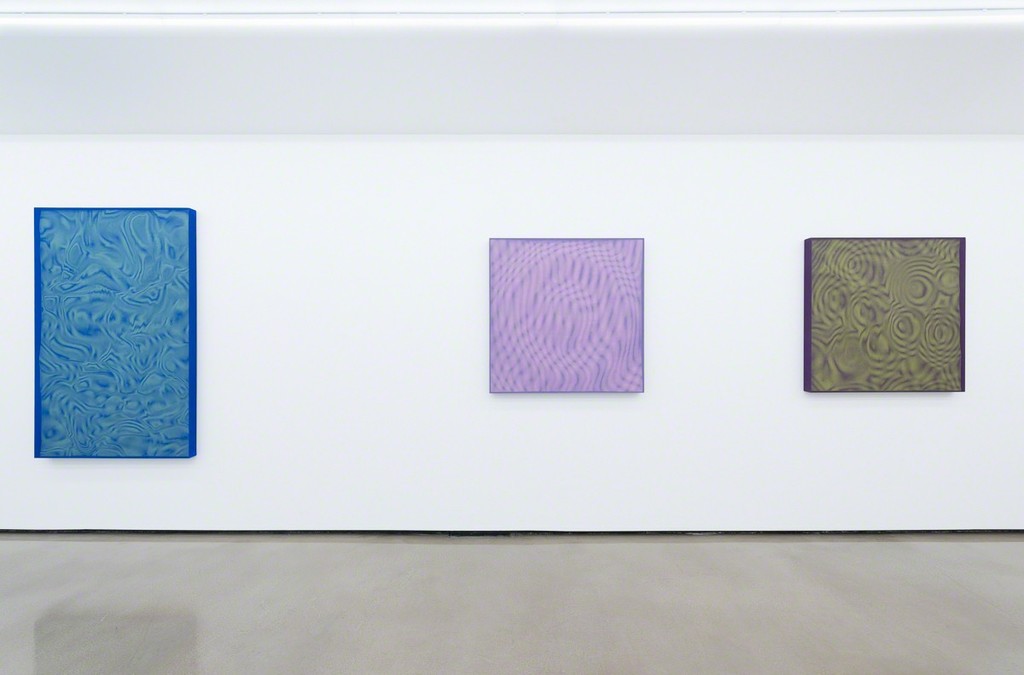 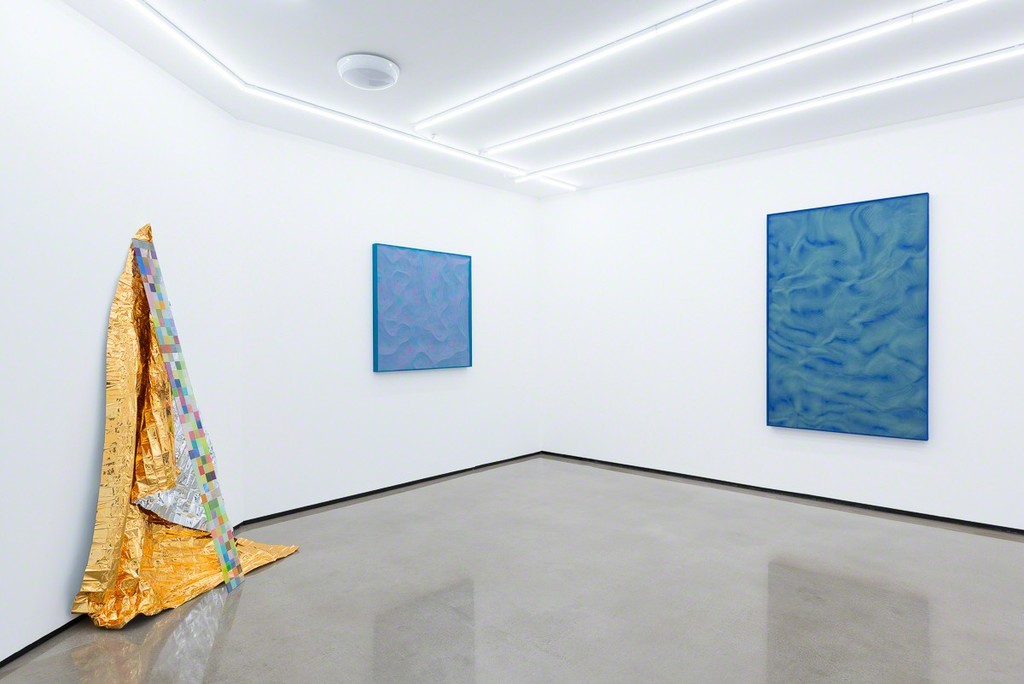 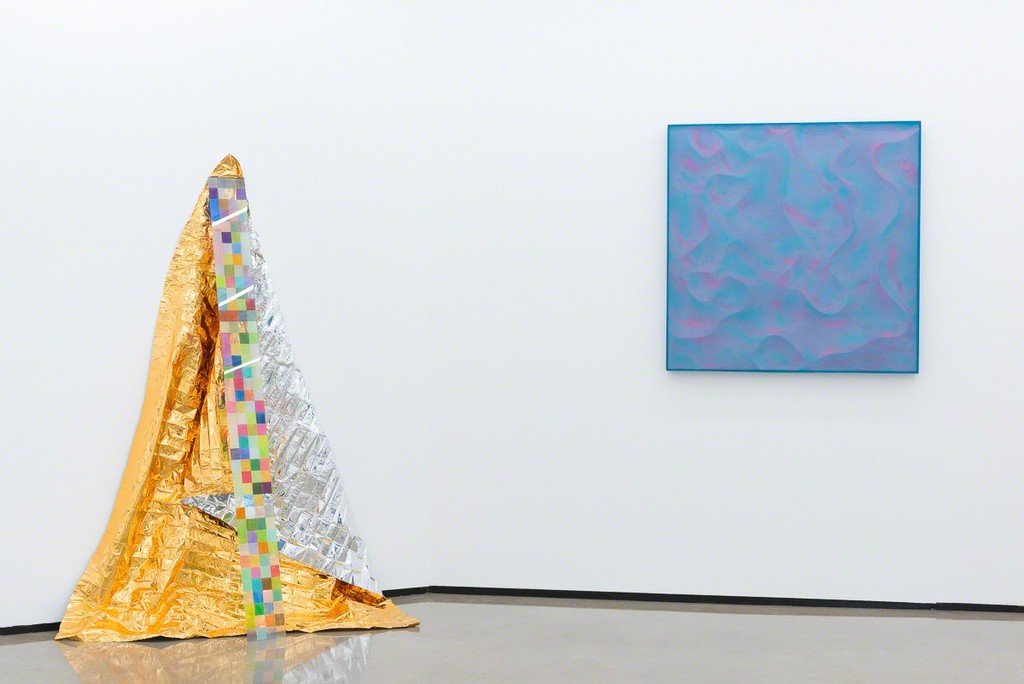 During my career in computer graphics, I came up with techniques that played with the boundary between order and chaos. It seems that people have found those techniques to be useful. When it comes to visual stimuli, humans love order, and we also love chaos. But we especially like our signal and noise together, in just the right mix.

Overall, the pieces in Jonathan Zawada's A Particular Turbulent Wave attempt to resolve the underlying mathematical structures behind our digital experiences with their turbulent and chaotic epiphenomena[i]. The title takes its cue from the wave-particle duality in physics that tend to appear chaotic, when in fact these underlying systems exhibit a strange sense of order. The individual works all deal with fluctuating mathematical structures that are frozen mid-state. In short, the works present an attempt to simultaneously capture a both singular point as well as an overall period of time.

The mesh works are visual recreations of the idea of light as both wave and particle. They are simultaneously sculpture and two-dimensional, and their sculptural forms derive from noise generation algorithms such as Perlin Noise[ii], and recall TV-screen static, or the visualisation of white-noise. With these artworks, their appearance with layers of obscuring acrylic mesh, yields an optical illusion that plays a trick on the viewer, as a static object appears to pulse and dance. It is a process of understanding, in two-dimensions, the infinitesimal values and landscapes of the cyber-age. In many ways, these are interactive works of art, requiring only the most basic interplay in order to activate their grand feat. It is a magician's work: simple movement that results in observational trickery.

There are numerous visual metaphors of the particular, where minute, sequential binary operations group together to create a (logical) whole: think of an image as an aggregate of pixels, a forest as a conglomerate of trees, or life as a sum of moments. Zawada runs with ideas of solipsism, introduced firstly, perhaps by Descartes ("I think therefore I am") and later elaborated upon by Douglas Hofstadter, an American professor of cognitive science whose research focuses on the sense of "I", (and consciousness, analogy-making, and artistic creation) in mathematics and physics. Ultimately, the question is how do we, as thinking, breathing, logical individuals, situate ourselves in this increasingly technological age, where everything is broken down and categorized by code. Ones and Zeroes. Are we, actually, individuals? Or simply a particular instance in a giant electronic wave? Where do we locate our own perception?

As an example of this emergent phenomenon, Hofstadter describes the time he felt a small marble nestled among a stack of sorted envelopes, which later turned out to be nothing more than the compounded paper around the "v" shape of the envelope. Ultimately, he proposes, it is our own cognitive awareness that creates reality. In fact, it is only our perception of reality that is the most real objectivity of the world, however truthful or erroneous.

We are trying to produce a model of the mind which is mechanical – which is essentially “dead” –but the mind, being in fact “alive,” can always go one better than any formal, ossified, dead system can. Thanks to Göddel’s theorem, the mind always has the last word. — Rebecca Goldstein, Incompleteness. The “out yonder” is out beyond physical space-time; it is a reality of pure abstraction, of universal and necessary truths, and our faculty of a priori reason provides us – mysteriously – with the means of accessing this ultimate “out yonder”, of gaining at least partial glimpses of what might be called (in the current fashion of naming television shows: “Extreme Survival,” “Extreme Makeover,” “The Most Extreme”) “extreme reality.” — Rebecca Goldstein, Incompleteness

A number of works included display a coloured 4x41 grid,[iii] which is in fact the mathematical algorithm to encrypt computer passwords electronically. Through 41 stages, passwords are translated into hexadecimal values[iv] which renders the passwords as symbols. Here, Zawada has codified each as blocks of colour – and the most common passwords from 2014 become reduced to design and their transient method of encryption given visual form. Back to the individual action. Once again, Zawada illustrates how what we perceive to be personal, individual actions – and somehow reflective of our unique personalities become electronically codified – something that we consider very personal but which in fact reduces us all to a series of pre-existing, undulating modules, much like the grayscale of Perlin noise. Does the cog turn the machine, or does the machine turn the cog?

[i] Epiphenomenon - a secondary effect or by-product
[ii] At the heart of many computer graphics systems that replicate natural phenomena such as smoke, water, fire, wood, mountain forms.
[iii] Defined by the Advanced Encryption Standard or Rijndael Cipher - a standard encryption process used worldwide on indescribable number of data transmissions of every conceivable nature
[iv] In mathematics and computing, hexadecimal values attribute a 16-symbol system, commonly 0–9 to represent values zero to nine, and A-F to represent values ten to fifteen.