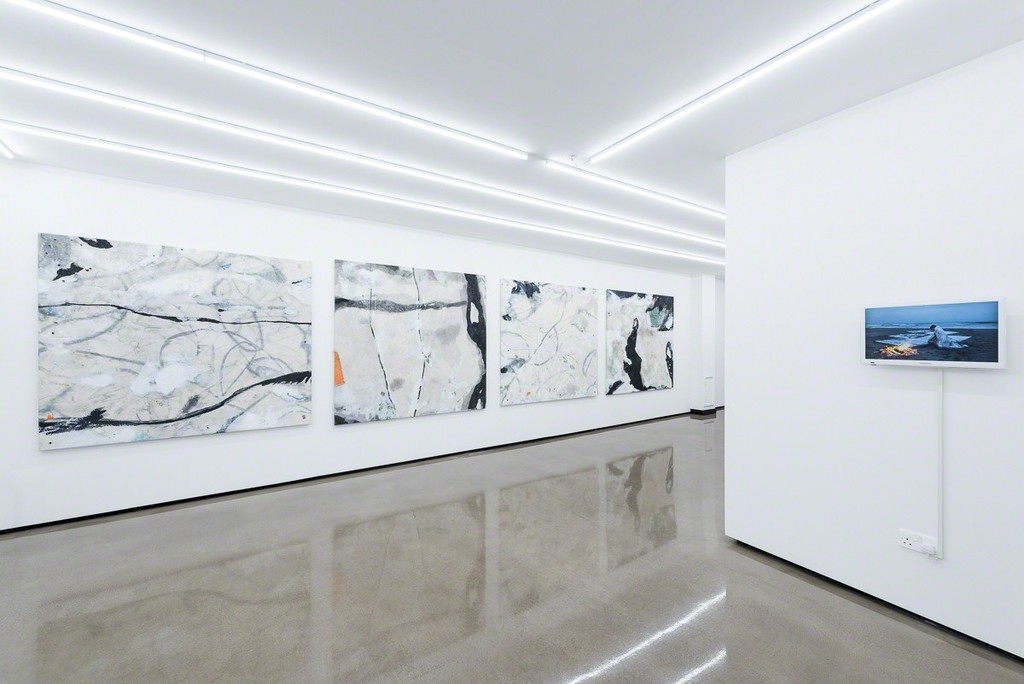 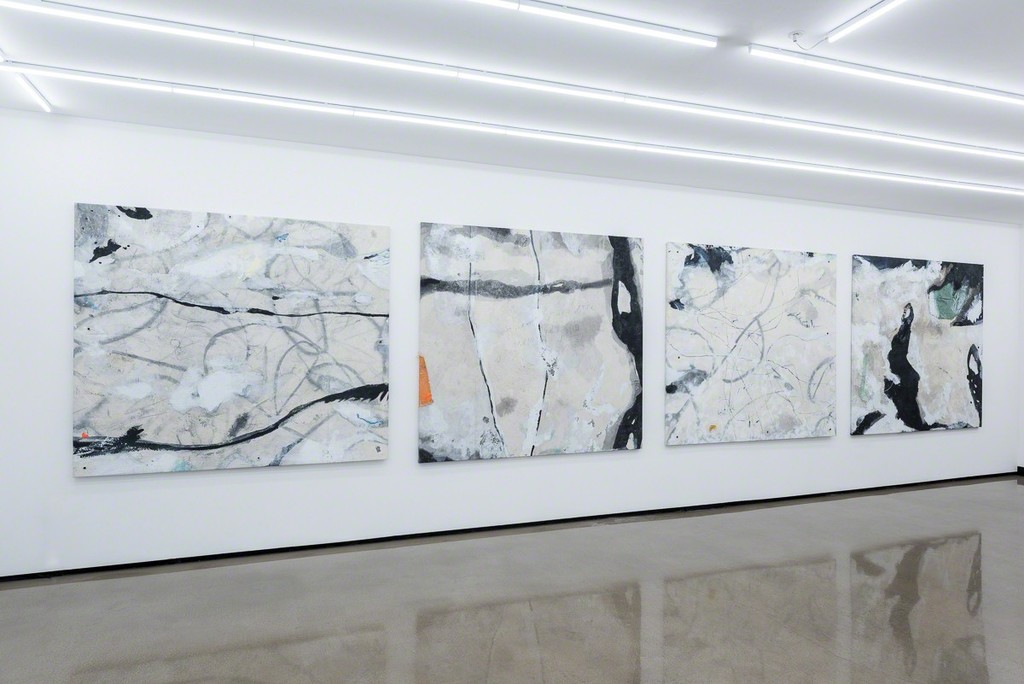 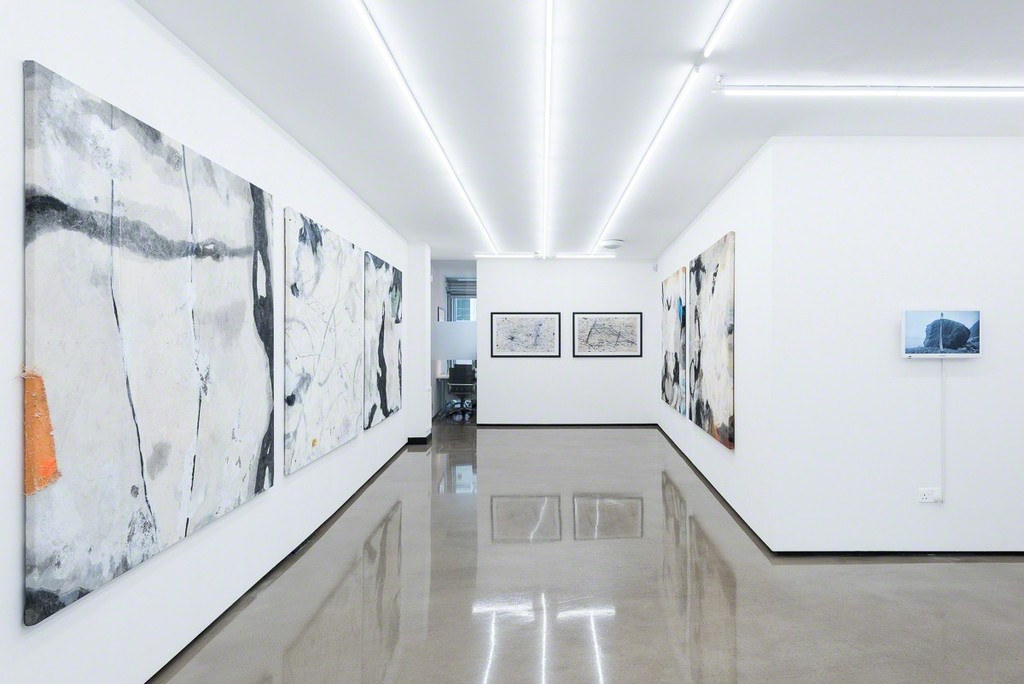 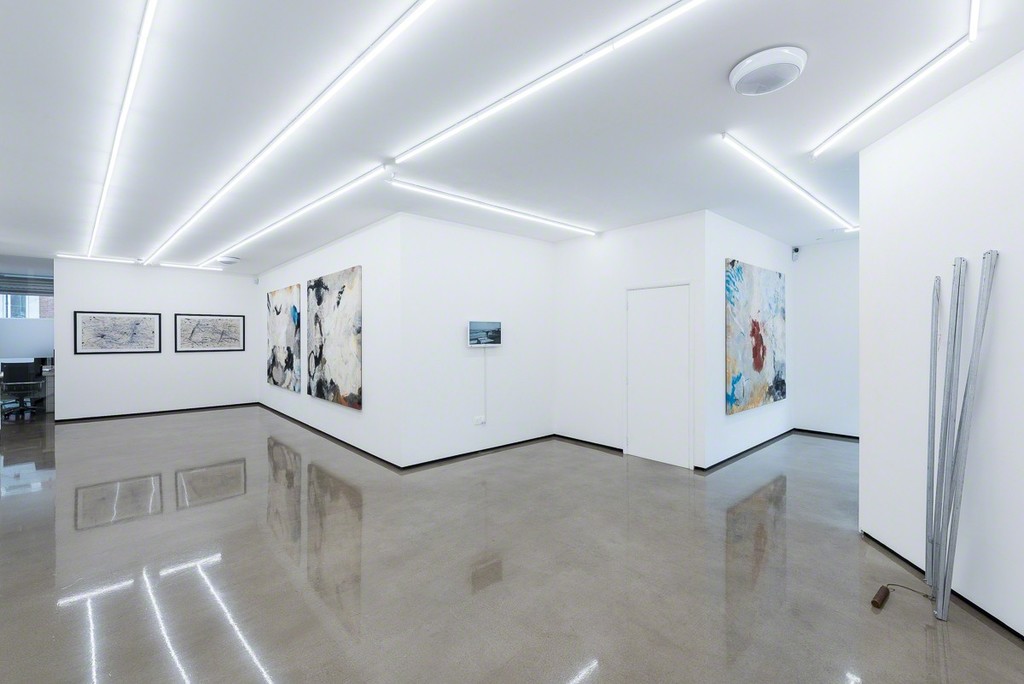 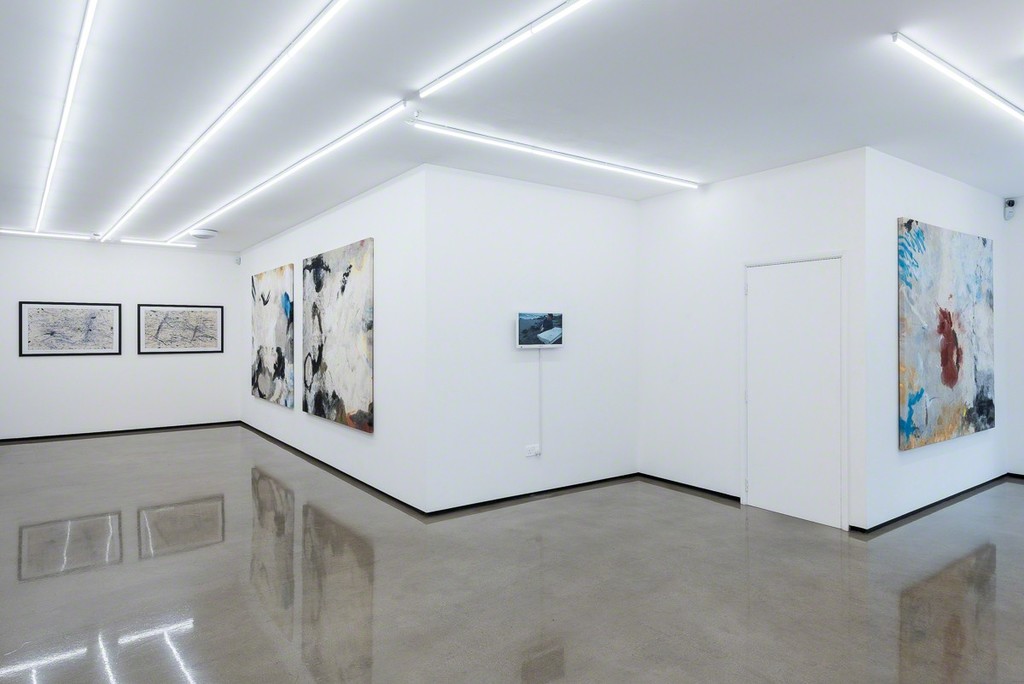 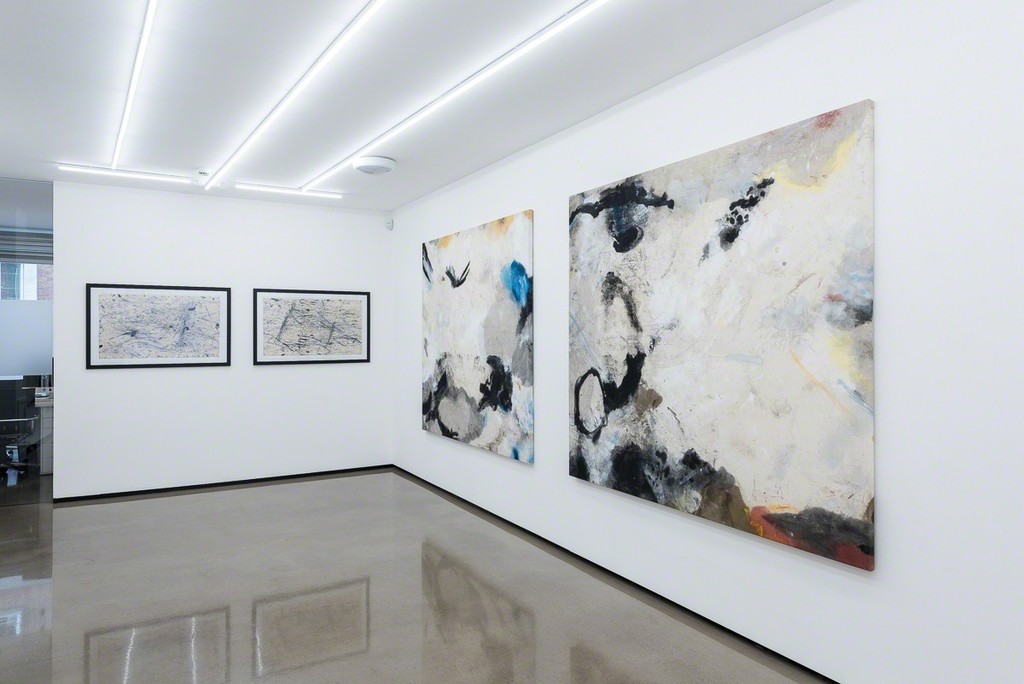 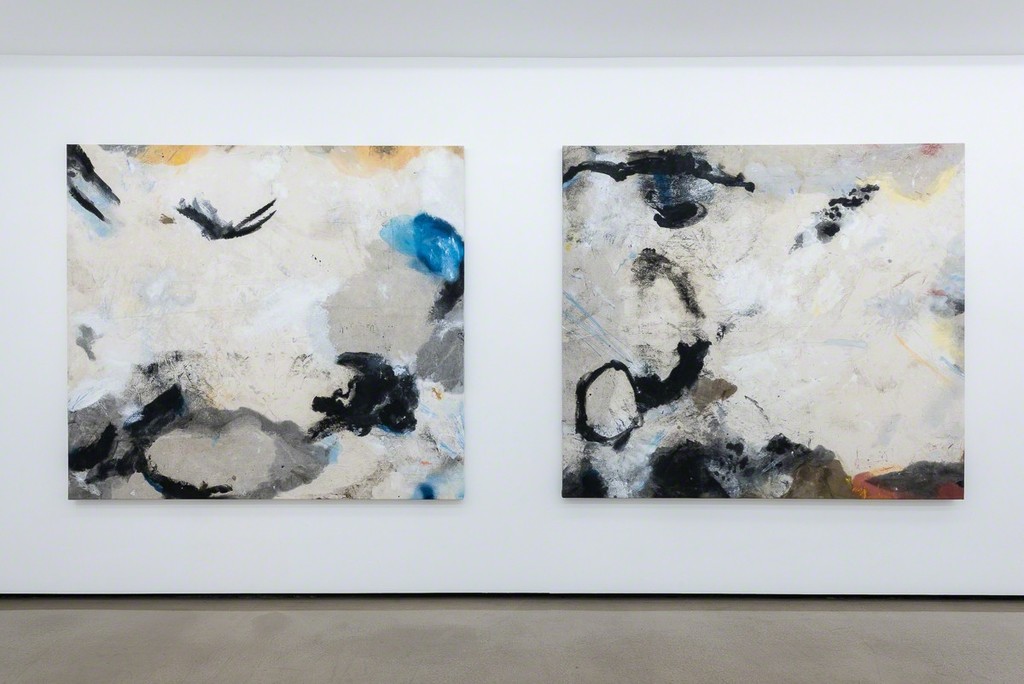 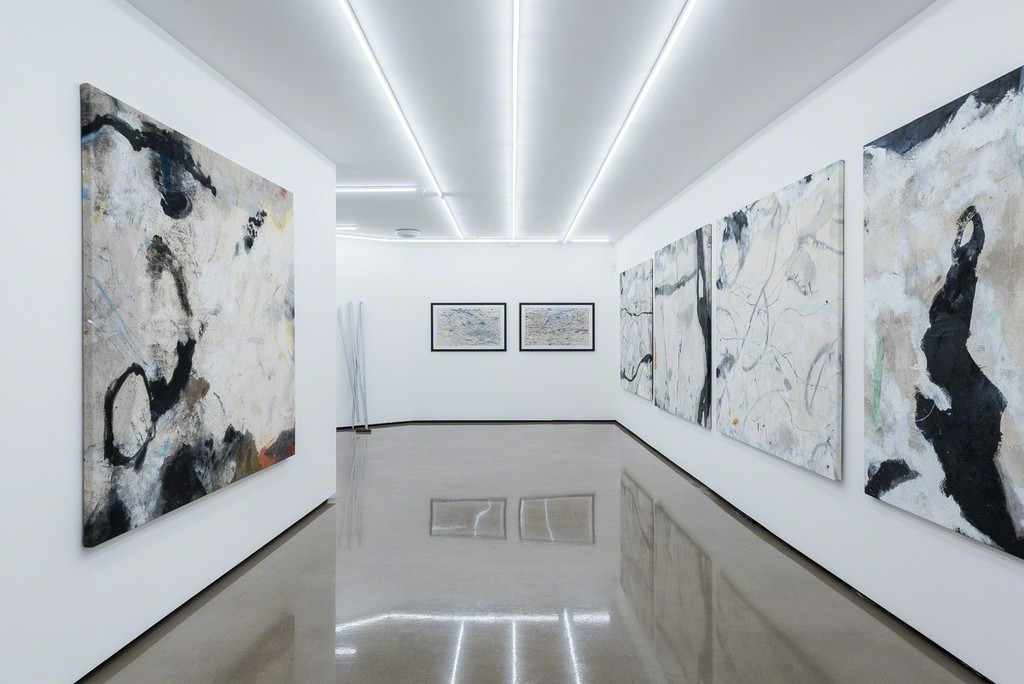 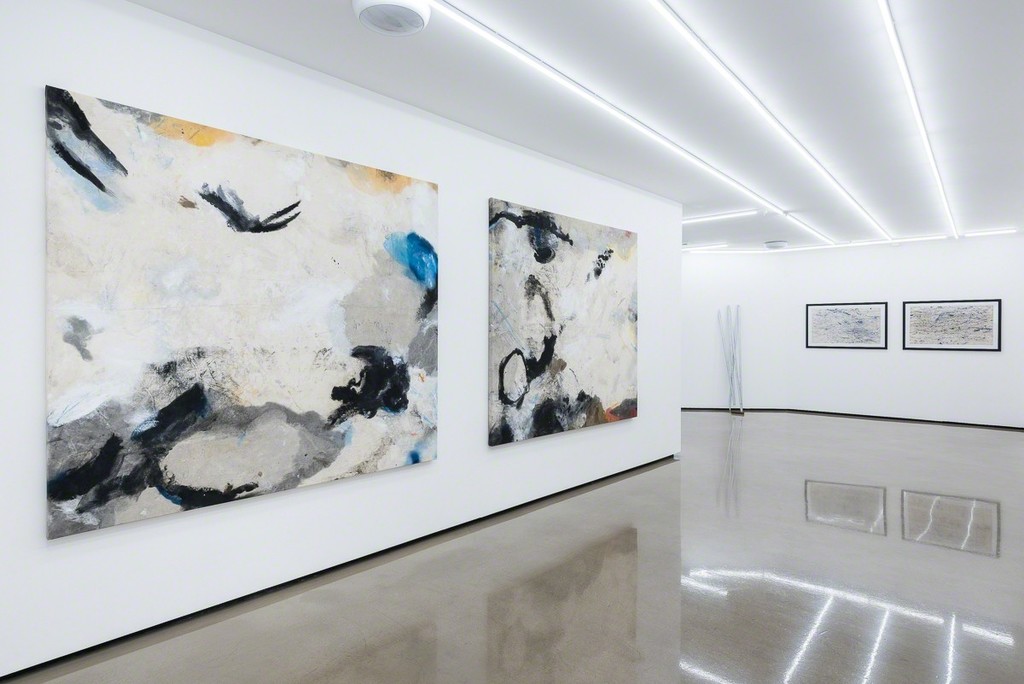 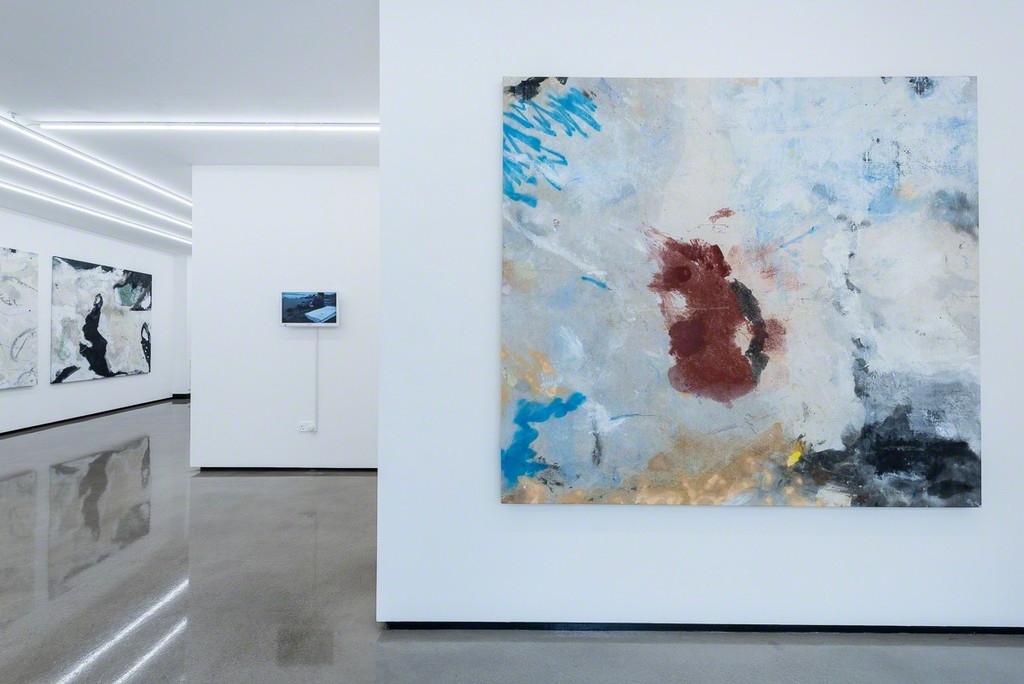 The artist will present a new series of drawings and video works that illustrate the artist's unique and very physical process of art-making in which he abandons himself for prolonged periods of time in the wilderness.

Over an intense period of time lasting several months between 2015 and 2016, Matthew journeyed through a series of physical outings in which he literally abandons himself within the Pacific Ocean off the coast of Taiwan. Throughout repeatedly exposing himself to these gruelling, physically demanding and unpredictable periods, Matthews begins to create his work - risking health, and even his life, for the sake of his art. As a result, the work is as much about exploring the nature of painting, (how much duress can both the artist and his artwork withstand before losing itself into the abyss of the ocean) as it is about how an artwork can be created. In the most Romantic sense, the work is about exploring and questioning one's own personal relationship with the wild and sublime natural environment. For Matthews, the sea presents itself as a manifestation of a challenge: a pursuit from which to learn from and adapt to; perhaps a maddening, life-threatening obsession that - at its most transcendent - offers the artist a glimpse of a beauty that lay beyond the horizon.

So perhaps it is through Matthew's obsession with the wild that we may attempt to touch that same untouchable pinnacle of existence and nature: to 'cross the rubicon' so to speak. It is a crude reality that many of Matthew's works are lost to the oceans that produce these monumental works. And they are monumental, both in dimension and in scope. But they reference the sublime in their presence and also their absence: suggesting a journey the artist has taken, drifting, heaving, swelling, and breathing somewhere out there in the beautiful fluid liminal spaces between ocean and land. For Matthews, each day is an adventure, "found and revealed within the dynamic experience of wandering with the sublime, the mysterious, the unknown," where Matthews paints in, on, and underneath the surface of the Pacific Ocean. But for Matthew's the real object of art exists where the object loses itself in the subject, where the ocean and the painting are indivisible to one another and where the ocean and universe write their own image.