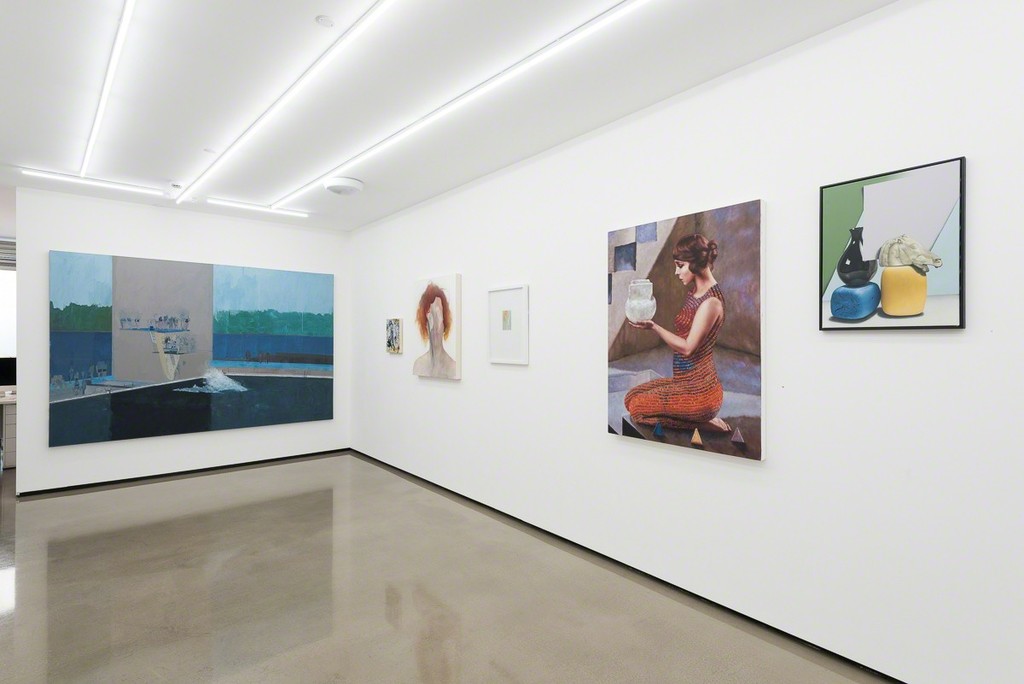 'The Fantasy of Representation' curated by Andrew Salgado / installation image #1 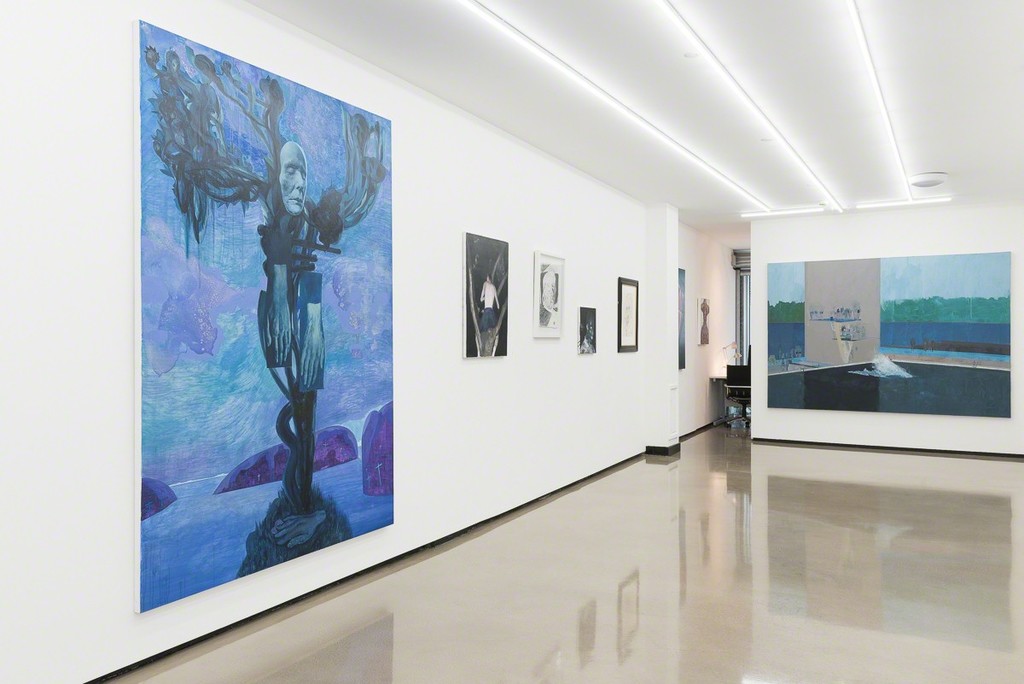 'The Fantasy of Representation' curated by Andrew Salgado / installation image #2 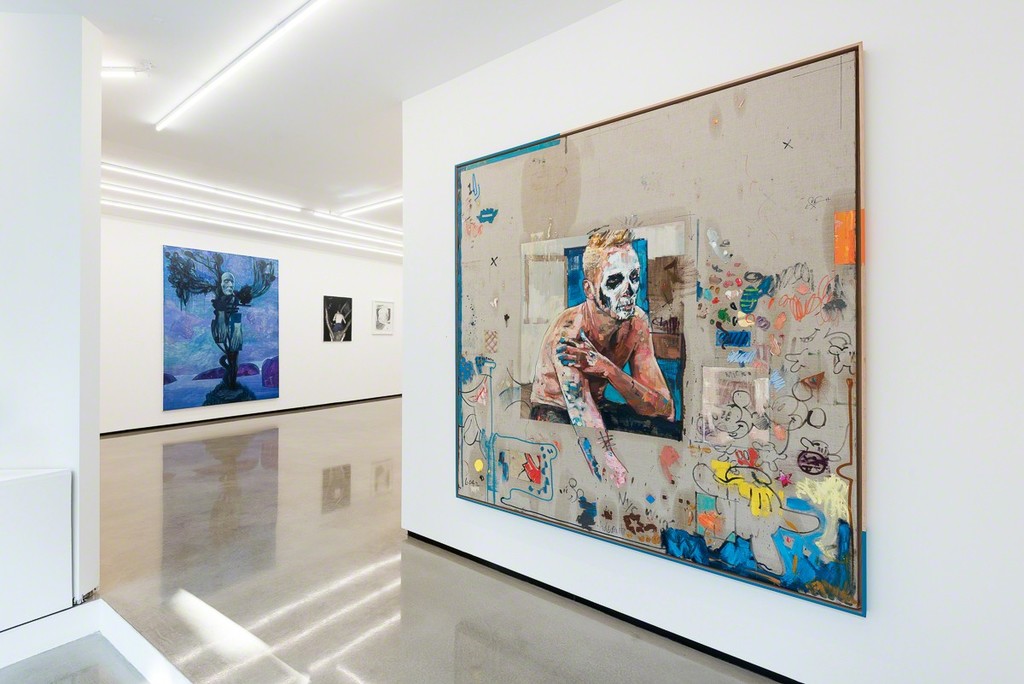 'The Fantasy of Representation' curated by Andrew Salgado / installation image #3 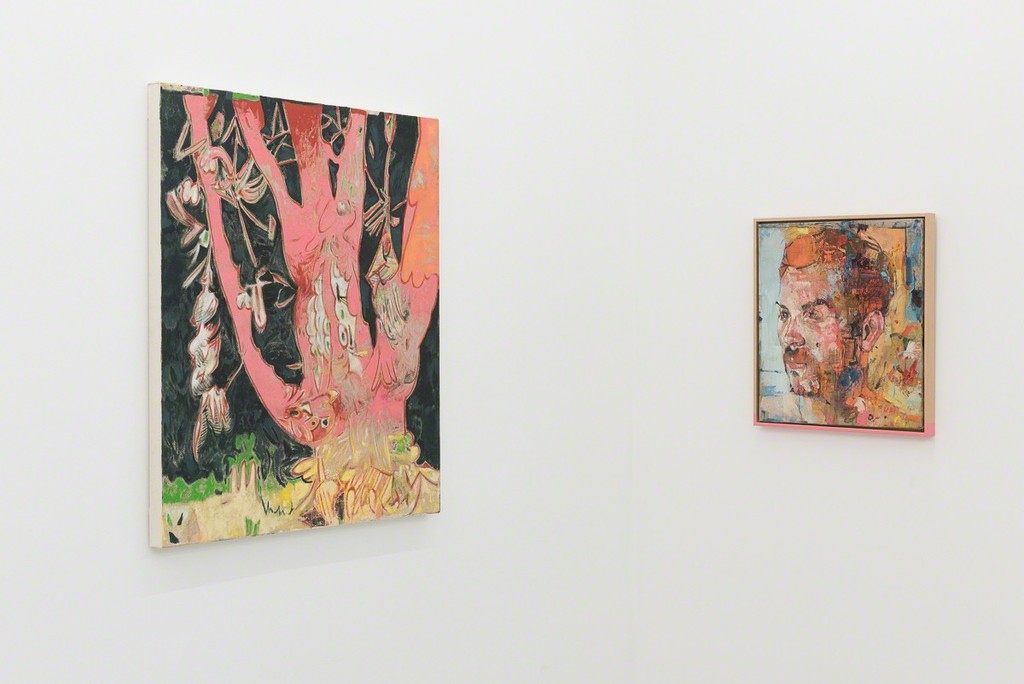 'The Fantasy of Representation' curated by Andrew Salgado / installation image #4 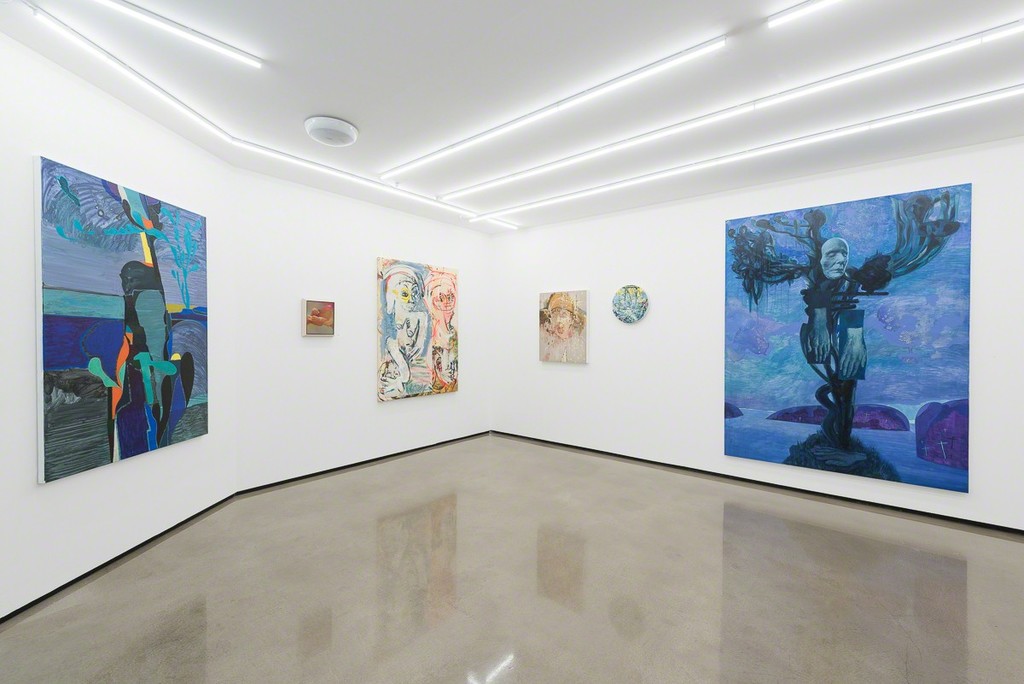 'The Fantasy of Representation' curated by Andrew Salgado / installation image #5 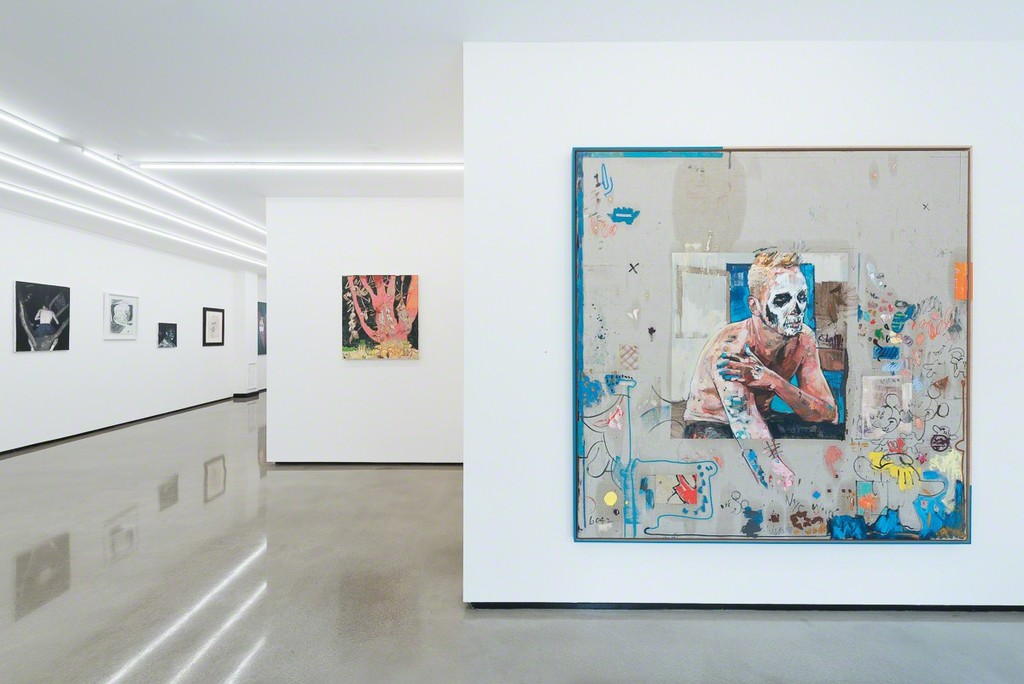 'The Fantasy of Representation' curated by Andrew Salgado / installation image #6 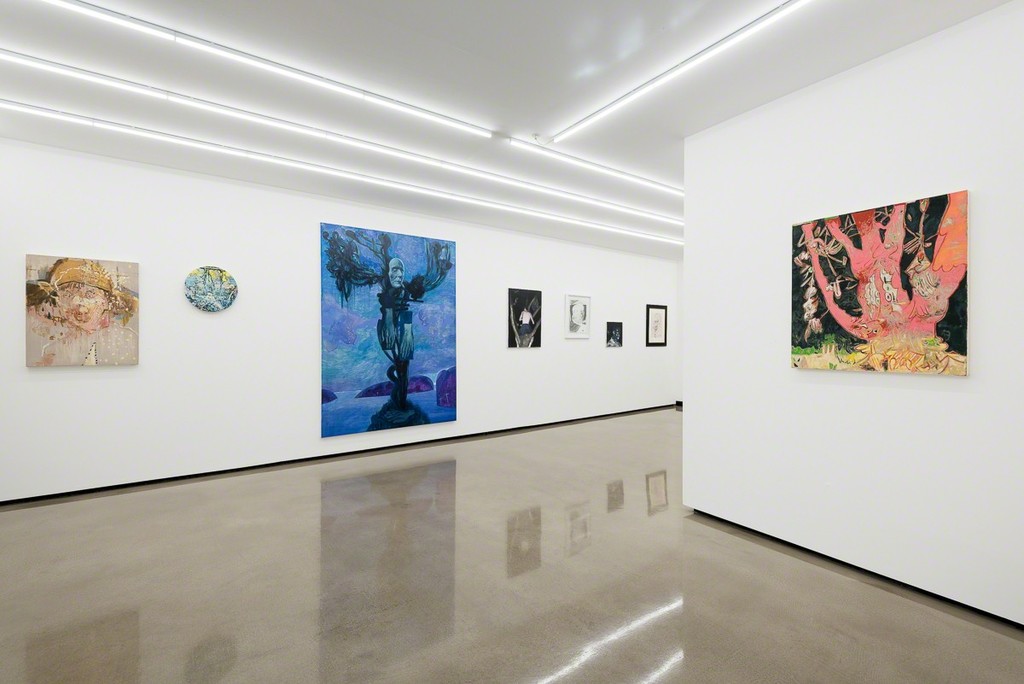 'The Fantasy of Representation' curated by Andrew Salgado / installation image #7 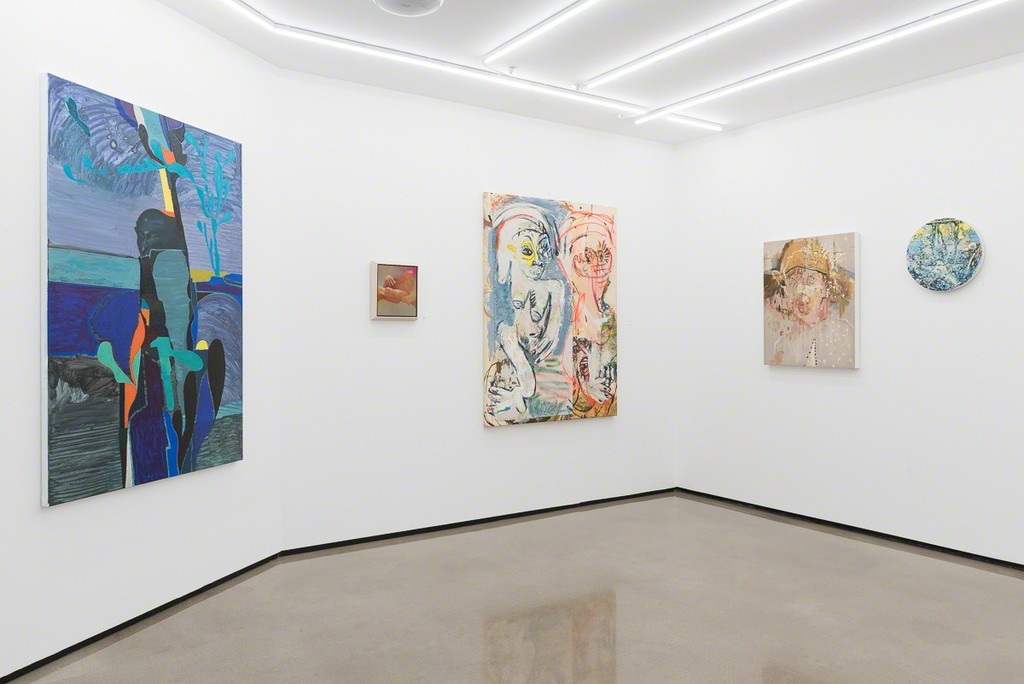 'The Fantasy of Representation' curated by Andrew Salgado / installation image #8 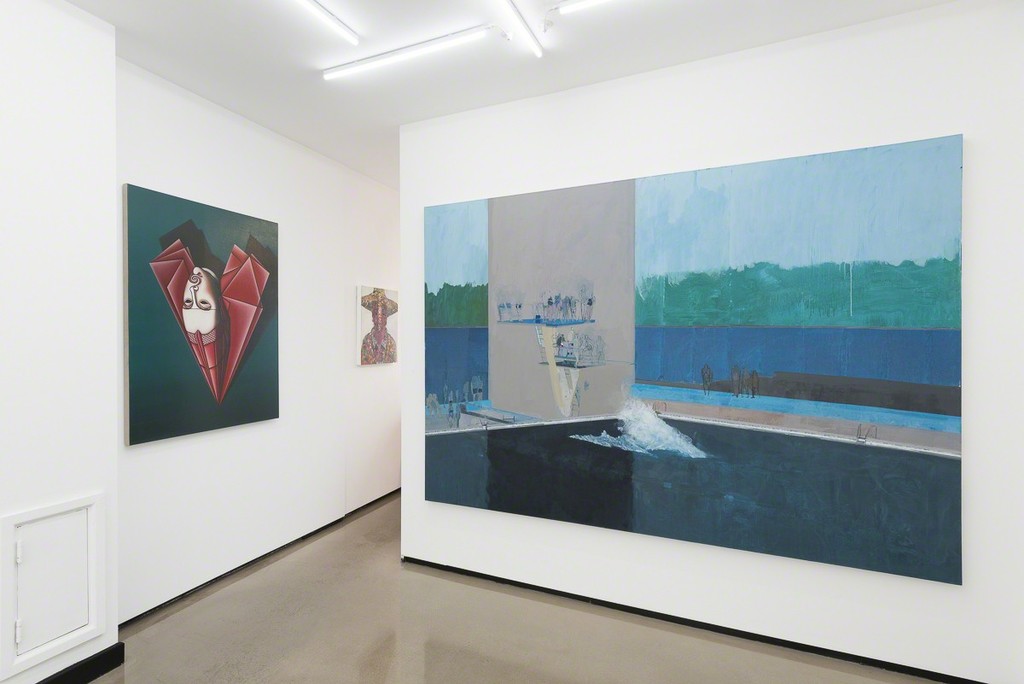 'The Fantasy of Representation' curated by Andrew Salgado / installation image #9 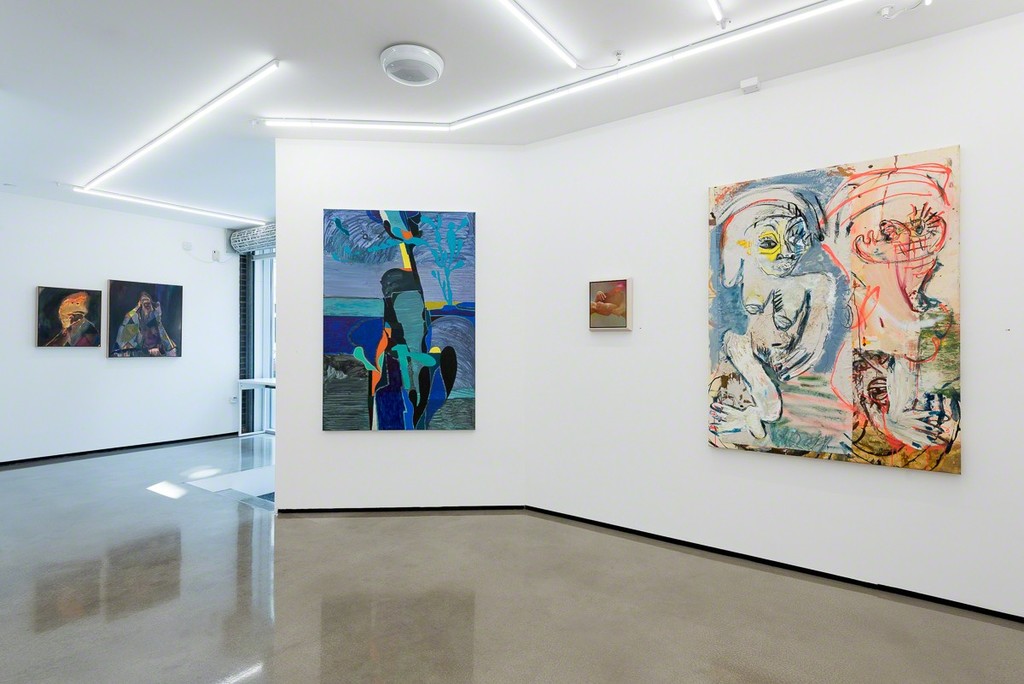 'The Fantasy of Representation' curated by Andrew Salgado / installation image #10

"What counts is seeing, coupled with fantasy, with imagination..."

It may seem paradoxical, perhaps, that an exhibition based on the wonderment of representational painting should lead with a quote by Josef Albers - one of the most regarded and unforgiving modernists of the 20th century. However Albers, as educator, theorist, stylist, and technician, has had some of the most profound effects on the world of contemporary painting, as any other leading artist. In some instances, his breakthroughs in colour-theory, and his insistence on the importance of the eye and the subsequent cognitive processes (as it relates to our understanding of art), can be read across discipline, media, or intent. These are not ideas beholden to abstraction, but ideas of abstraction that have bled into the other disciplines. They prove, above all, that fantasy lurks in even the most austere corners of representation. In some respects, as an artist myself, I often find myself returning to simpler ideas to find deeper complexities in my understanding (and execution) of art: ideas such as those laid out by Albers, to understand the challenges of a work, by, for instance, Francis Bacon, who is largely regarded as the greatest painter of the second half of the 20th century. The stark, uncharacteristic and often uncompromising combinations, favoured by Albers, can assist in our understanding of the unlikely combinations in some latter-career Bacons: those unearthly pinks and beiges, or even more boldly, where his palette of lustrous ochres, maroons, and army greens truly come to life.

I'm inclined to discuss the paradox of the representational artist (I imagined Albers and Bacon in a boxing ring, though I'm sure nothing could be further from the truth), which introduces a disjuncture, to which the practice of the representational artist has been challenged, by those pure abstractionists. Today, it’s quite trendy to mutter the word ‘representational’ as some sort of pejorative term: that as representational artists, we are somehow less enlightened - clinging on to some banality of representation, as though aesthetically remiss or delayed in our artistic development, like we haven’t quite evolved into the higher real of pure abstraction. Recently, during a studio visit I commented that for the first time in my own art practice, the ‘background’ held as much importance as the figure. My visitor asked, innocently enough: “then why do you still feel the need to paint the figure?” My response, simply enough: “Because I want to.”

When looking at the contemporary abstractionists, the representational artists are expected to “get it” – and we do “get it”; in fact, my practice has become stronger as a result (and you would never believe some of the artists whose work I frequently look to for inspiration). But the contemporary abstractionists do not look to us: they are not expected to “get” our practice. Such is one of life’s bitter ironies. The truth is that, in asking us to accept abstraction into our vernacular, the representational painter has become stronger for it. We speak two languages; we are visually ambidextrous, like moles in fake moustaches infiltrating enemy headquarters, sleeping with their women, drinking their gin, but reporting back to that world of representation. We have embraced abstraction, and with it, fantasy. But perhaps it is our Achilles tendon in the sense that we retain a desire to locate, to anchor, to inform, that paroxysm where a brushmark becomes a reference.

Truthfully, the intention of this exhibition is to showcase the work of talented painters, both emerging and established, who, I believe, are exciting representatives of the contemporary state of representational painting. An artist like Dale Adcock, for instance, straddles the line between such severe, stark abstraction, and pure imaginative figuration, so that classifying him as either seems impossible. Eckart Hahn treats a representational mise-en-scene with wit and style: both hyper-real and 'not-at-all-real', his works mock the traditional still-life. In discussion on the telephone with Scott Anderson’s Los Angeles representation, we both referred to him, very casually and confidently, as a representational painter, and personally, I love that duality, where his work – ostensibly completely abstract – is actually anchored in some dreamy shape-shifting and fantastical (sur)reality. I see a tree. I see eyes. I see a monster. I like how it makes my mind tick…

I'm reminded of a telling essay on Cezanne by the celebrated essayist Clement Greenberg (quotation) in which Greenberg credits the influential Modernist with separating the ‘thing’ (or ‘referent,’ for you art-nerds out there) from a painted depiction, to its painted essence. Chuck Close writes something similar when commenting on Andrew Wyeth's remarkable Cristina's Farm, where he states that the artist's greatest success was not in painting 'the grass' (I imagine him saying this with some long-held disdain for the banalities of grass), but in painting the idea of the grass. A similar feat is made by Alexander Tinei, where superficial brushstrokes suggest a tattoo or a tribal mark, but perhaps appear from merely the artist’s whim. It becomes so very evident that representation is pulled from its roots (just like grass!) into abstraction, where a painter’s mark might become an eye, but on another level, it is only that: a mark, the essence of a thing, always abstract, always representational, always somewhere in between. And what a beautiful thought that is!

Above all, this exhibition is something of a celebration of painters: a series of representational painters' painters, who illustrate the infinitesimal possibilities of imagination, as introduced by representation; its bounds, and our desire (as artists and viewers alike), to transcend, to challenge and to subvert. And it is a vanity project, I guess, inasmuch as it allows me the opportunity, as an artist, to wear the mask of a curator, if only to momentarily present a group of artists from different eras, nations, styles, and movements, for no other reason than to celebrate their influence on (not only my own tiny practice, but) the state of representational painting today as a whole. Towards a new language of representation, where these lines are blurred, and what we are left with is not unlike a painting by Albers: a series of lines, colours, and delineations, only within the picture plane itself, to be deconstructed and reassembled as we please, limited only by the imagination of the viewer.

In the last few years, a lot of artists – and with them the curators who are their eager supporters – have been advancing a new theory of figurative art. This, like so many things in the contemporary art scene, bases itself on a paradox. The paradox is that appropriated images are in fact the most original things a would-be avant-gardist can present to his or her audience.

This proposition has both deep roots and shallow ones. The deep roots are to be found in the long-established Western studio tradition, dating at least as far back as the Bolognese academy of the closing years of the 16th century, that young artists, rather than starting ab initio, must learn to build of the achievements of their predecessors. A rather similar attitude prevailed in China, after the fall of the Ming Dynasty, when court painters were more anxious to produce landscapes ‘in the manner of’ respected Song and Yuan masters than to portray anything they actually saw.

The shallow roots are in Pop Art, which encouraged artists to identify with contemporary mass culture by appropriating images from films and publicity photos of film stars, from news photographs, from advertising, and from a wide variety of other non-art sources. This practice has now reached a second stage. A recent show at the Saatchi Gallery, for example, offered a near identical version of an Andy Warhol Elvis, signed by a painter from Belorussia, and, venturing into classier territory, an upside down copy of a well-known painting by Fragonard – the original is now in the Wallace Collection. Both of these were presented as radically creative efforts to push forward the frontiers of avant-gardism. After careful scrutiny, I couldn’t think why either artwork should interest me. Been there, done that. The only pleasure either them could offer was a smug little voice in one’s head, saying: “Clever me, I’m one of the gang – I know what the original is.”

Given the fact that the original Modern Movement, which got its start at the beginning of the 20th century, placed such emphasis on original ways of seeing the surrounding, contingent world; and given, too, that the Modernist impulse, though now quite distant from us, still governs so many of our reactions to the idea of art, regarded as a process of making images, it is not surprising that some artists have again begun to rebel, and to look for ways of presenting images that a wholly and unmistakably personal. The results are what the visitor sees in this exhibition.

The artists selected range from a few who might be described as Old Masters – at least within the selected terms of the event - to names that will be new to most people. There is, deliberately, no consistency of style. Andrew Salgado, the distinguished younger artist who has put the show together, speaks of “our desire (as artists and viewers alike), to transcend, to challenge and to subvert.” I think the event does exactly that. A large part of its subversive effect, to me at least, is that it makes it very clear that much supposedly progressive art, as currently blessed by so many of our official institutions, is begging for a massive kick up the backside. I’m tired of looking at ho-hum art. This seems to offer a way out.