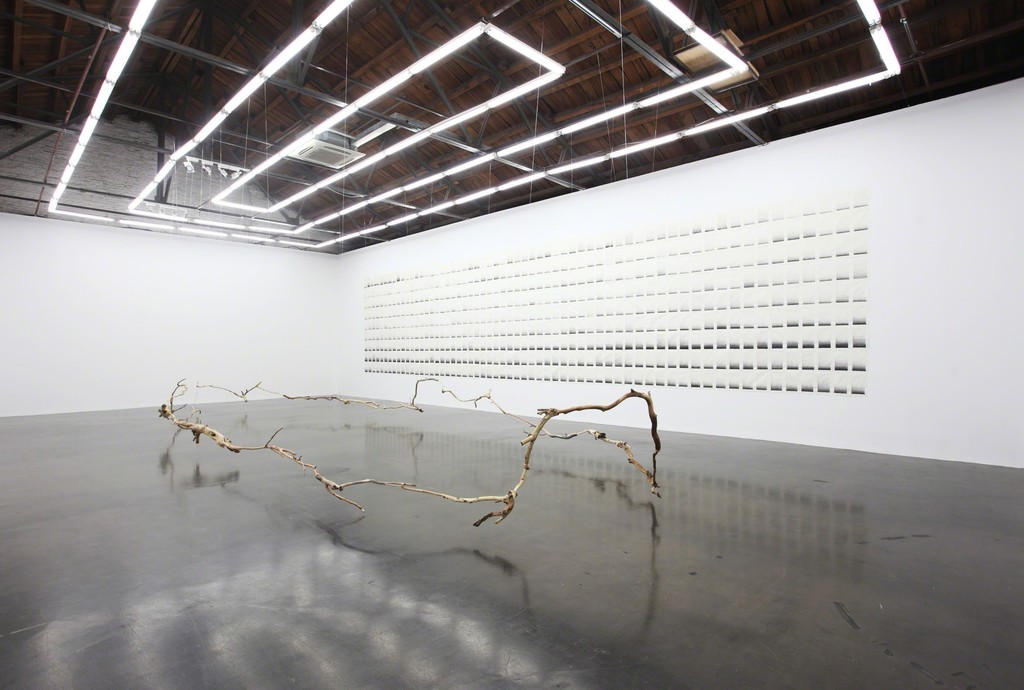 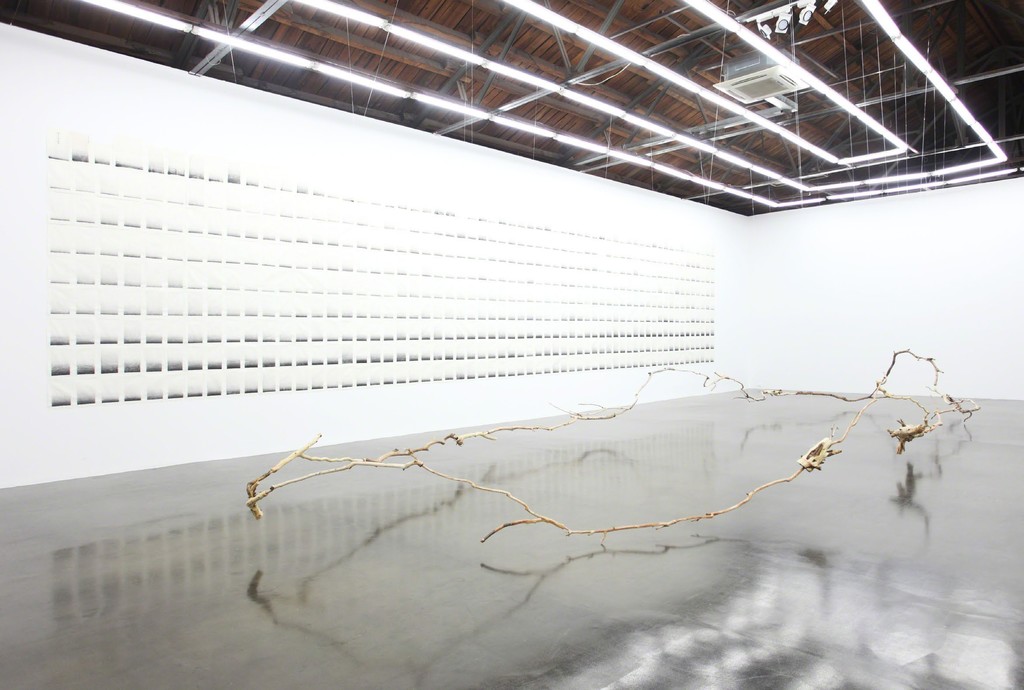 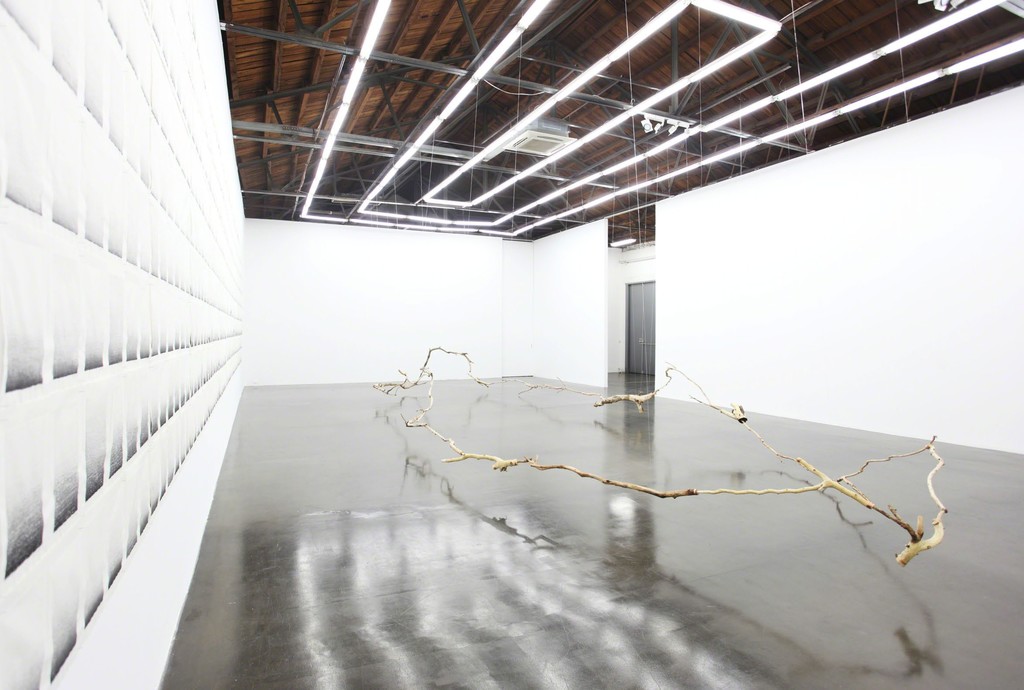 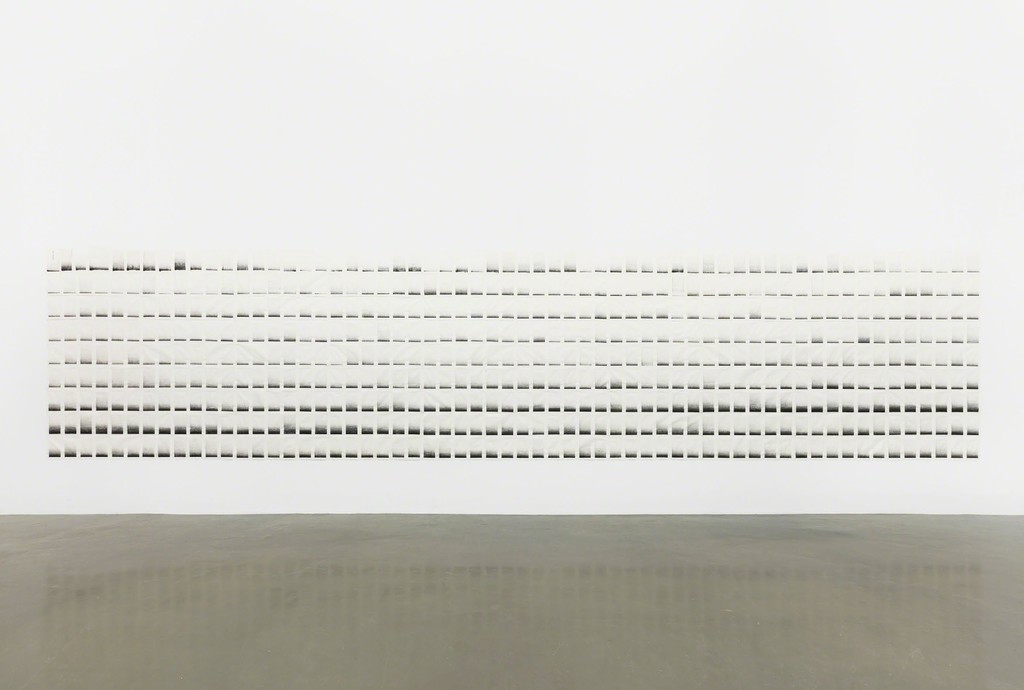 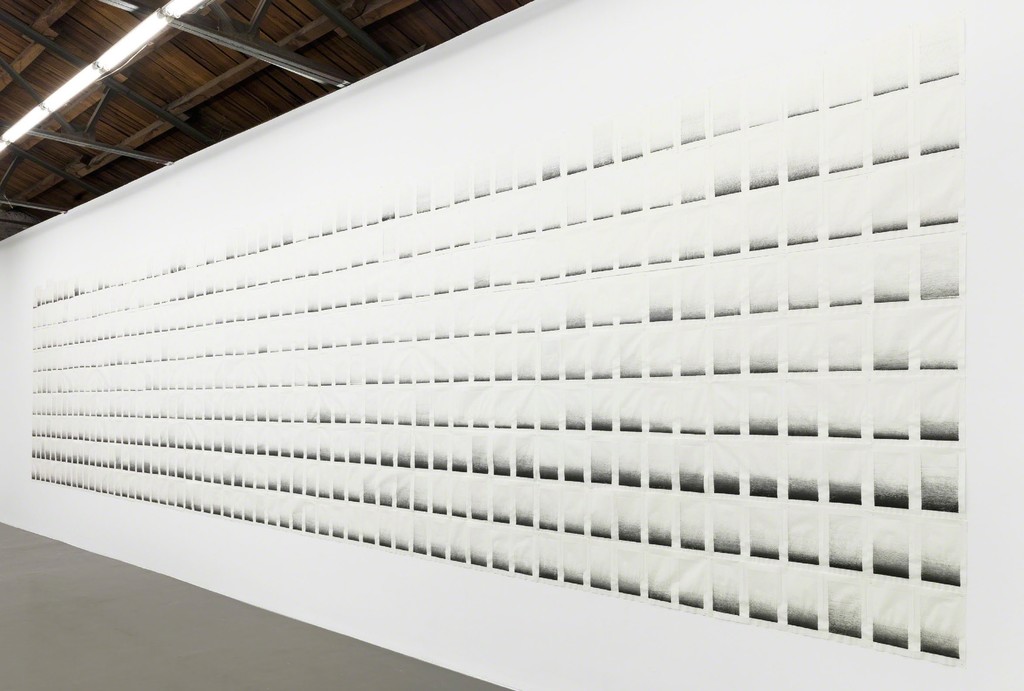 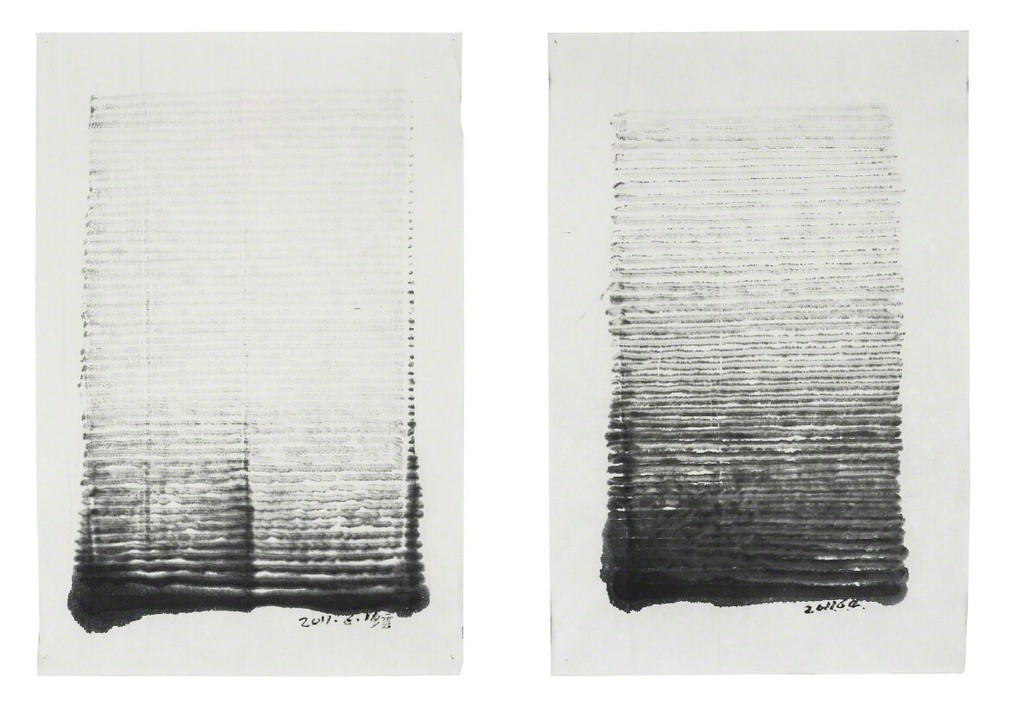 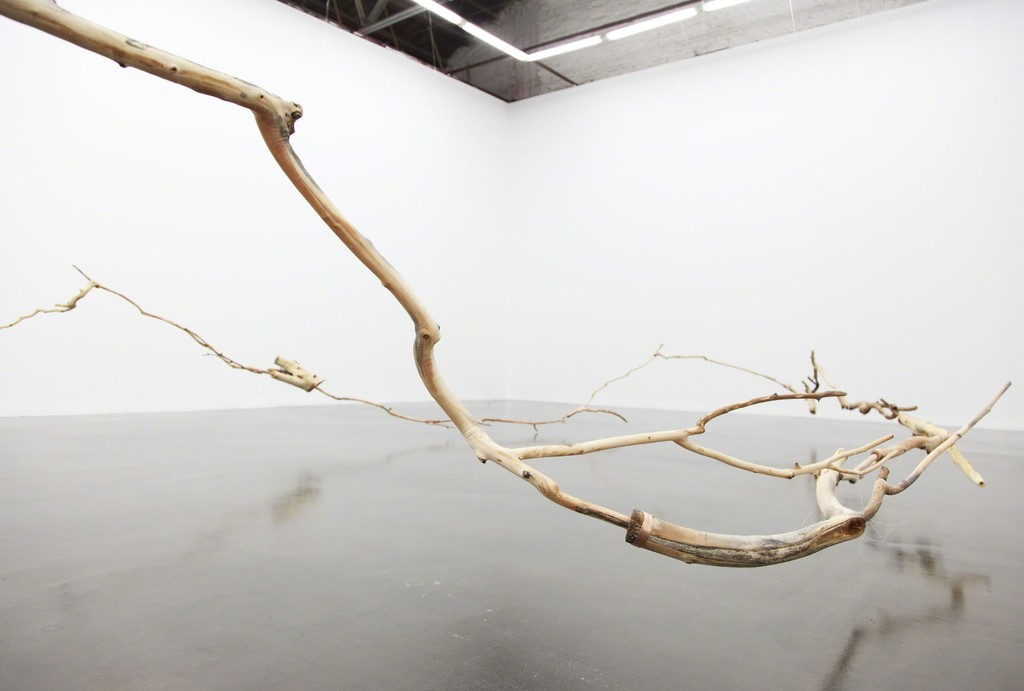 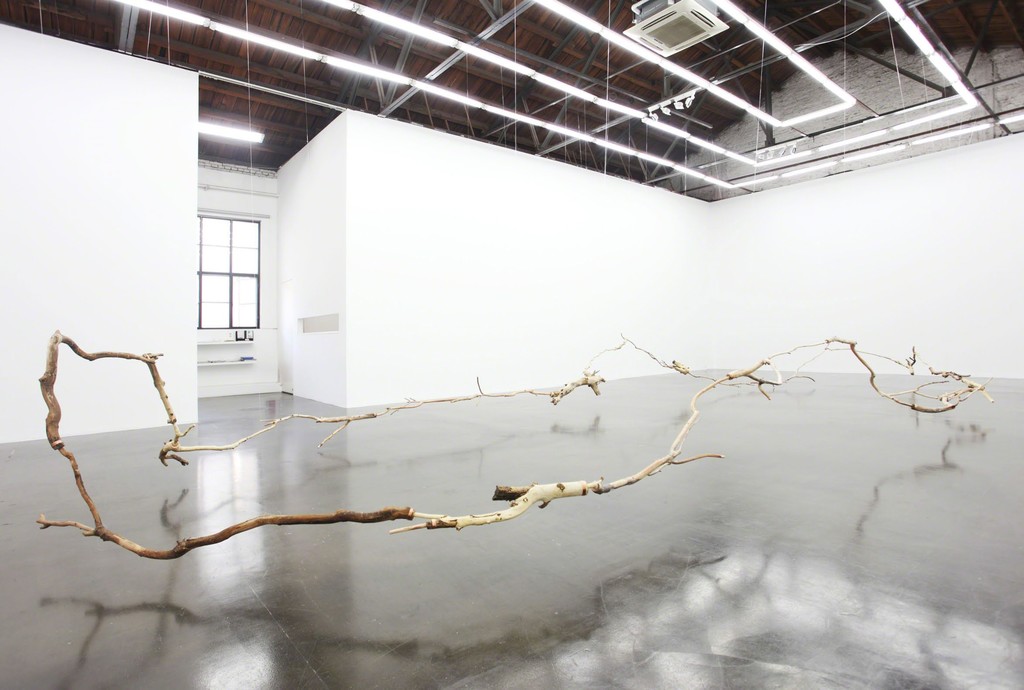 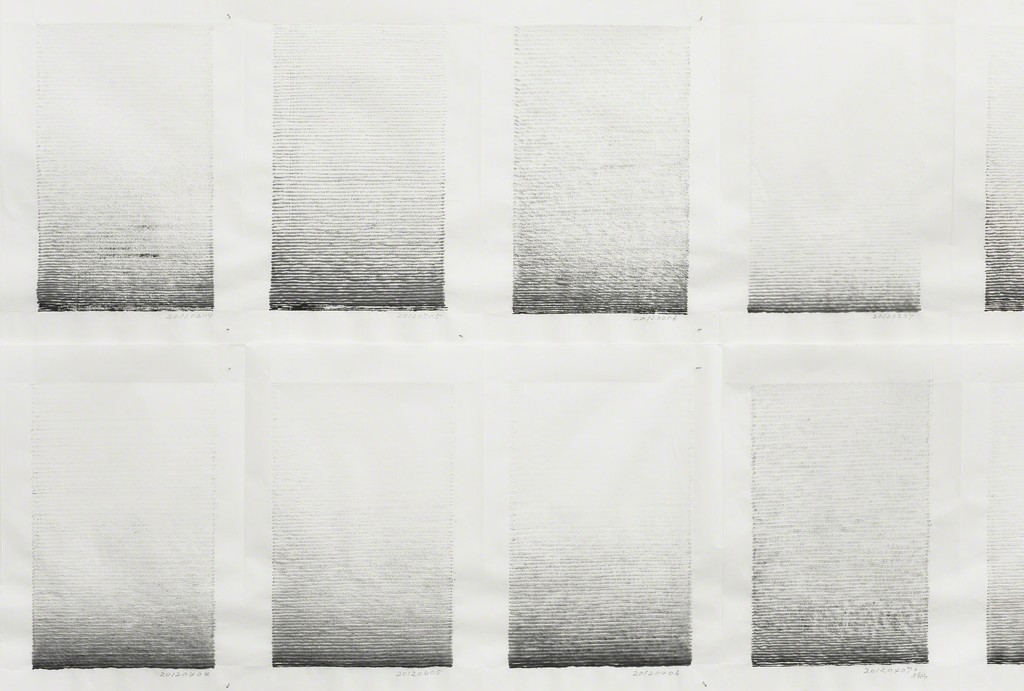 Beijing Commune is pleased to announce the opening of Fan Shuru’s first solo exhibition “Fan Shuru” at the gallery on May 16th, 2015.

The exhibition will continue until July 11th, 2015.

Fan Shuru was one of the most influential members of China’s art community in the late 80s. He is known for his versatility, working with a variety of formats including painting, installations, photo and video, and behavior art. He had witnessed first hand changes in China, which offered an ideal perspective from which to understand the development of Chinese contemporary art. Since moving to Japan in 1993, Fan’s artistic explorations were implanted into a similar but distinct cultural framework. The social driving forces that helped make up his original creative impulses were converted into an internal process of realization. Fan turned the distinctly unsophisticated way of chronicling to fill the void created over time. In the face of flux, he opted for purity instead. This is perhaps a case of cultural delay, and better understanding of this phenomenon can help us deepen our appreciation for the increasing globalization of today’s culture. The two pieces on exhibit.

Line,Record and Branch, Life represent the first public showing of Fan’s works in China in the recent years. They are the perfect manifestation of his current state of mind and his philosophizing of the world around him, following years of artistic explorations and spiritual meditation. Line, Record isFan Shuru’s personal visual diary. It is something that he adds to every day. He applies ink to Xuan paper (Chinese rice paper), creating a continuous stroke that forms parallel lines from bottom to top, and creates one such drawing per day over a period of several years. The clear ordinariness, repetitiveness, and continuity of the pieces creates a dimension from which viewers may ponder the paradoxes between an instant and eternity, between time and existence, and between replication and uniqueness. “The singular stroke and the uniqueness of each line is like life itself,” as the artist points out visually. Underneath the recurring calmness of these pieces are hidden a constant yet unmeasurable energy, that speaks to us subtly about the eternal oscillation from serenity to commotion back to tranquility.

Unlike the predictability and behavioral-based messages hidden in the Line, Record series, the installation piece Branch, Life is a natural amalgamation of production method and choices of philosophy. Fan focuses on the branch and trunk’s own signs of life and their naturalness, minimizing as much as possible human intervention. This sculpting concept is homage to ancient life and the love of nature. Hidden within this concept is the tension between human’s understanding of the natural state of objects and their interactions therewith. Through techniques of grafting, boring, and cutting, Fan creates a process of mutual understanding and mutual reliance with the objects that he works with. The weakness of the branches, the unpredictable nature of life, and the dynamisms of emptiness and transparency as formed by the branches and trunk, form the perfect “weak space” in the viewer’s imagination, corresponding with the connectivity and transparency between physical entities and their barriers, and between the internal and the external as seen from the artist’s perspective.

The one-stroke ink on Xuan paper presentation, as well as the natural markings on the branches in the installation piece, both articulate Fan Shuru’s perfect grasp of the juxtapositions created by distances and different levels of solidity. Such mastery of subtlety, once layered, help express the depth and intensity of Fan’s interpretation of time and space, as well as his discipline of the mind and soul. The ballet between two-dimensional paintings and three-dimensional installation form a delicate blend, which, from within, emits a strong sensation of conviction and persuasion.

Fan Shuru was born in Nantong, Jiangsu province in 1960. He graduated from the Nanjing Normal University in 1988, with a Master’s Degree from the Institute of Fine Arts. He taught at Peking University from 1988 to 1993, and moved to Japan in 1993. He currently lives and works in Hiroshima. Fan exhibited in the First Annual Avant-garde Exhibition China (National Art Museum of China, Beijing, 1989), and held a solo exhibit at the China Academy of Fine Art Gallery (CAFA Gallery, Beijing, 1992). Some of his recent solo exhibits include Rise and Fall: Fan Shuru Exhibition (Hiroshima City Museum of Contemporary Art, Hiroshima, 2002), Disneyland Project and White Landscape (Yamakochi Prefectural Art Museum, Yamakochi, 2009) and Power Space (Yachiyono oka Museum of Art, Hiroshima, 2009). Key group exhibits that Fan has participated in include the 6th and 7th Annual Hiroshima Art Competitions (Hiroshima City Museum of Contemporary Art, Hiroshima, 1999 / 2000). His works have been collected by Hiroshima City Museum of Contemporary Art and YUZ Museum, etc.