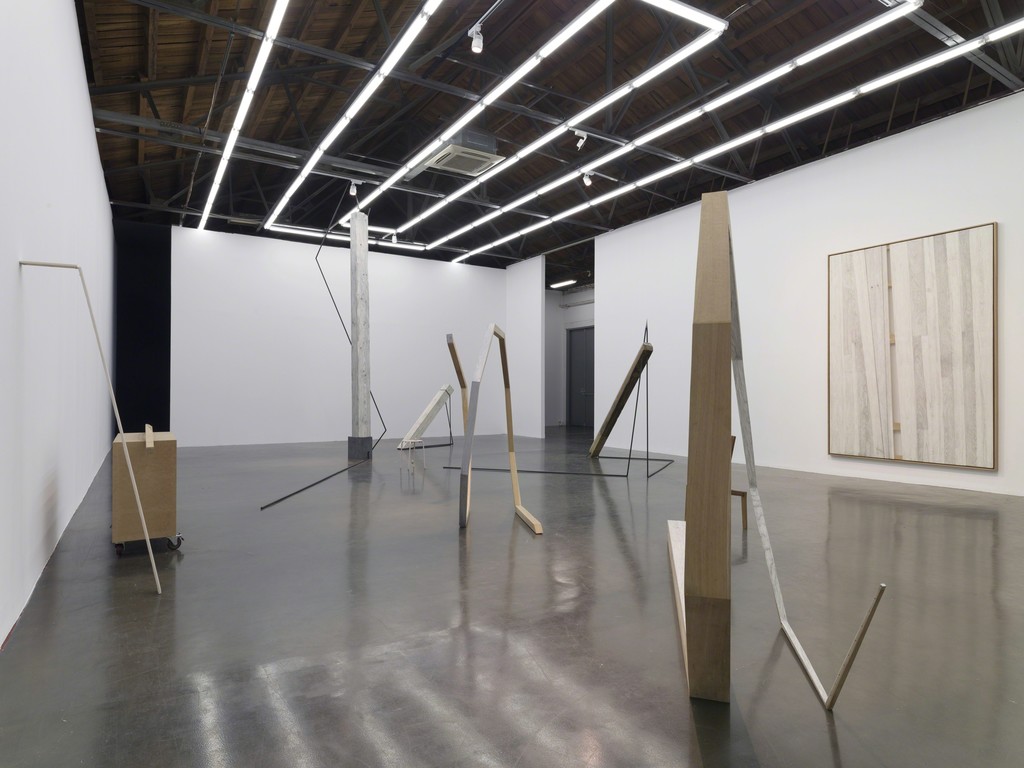 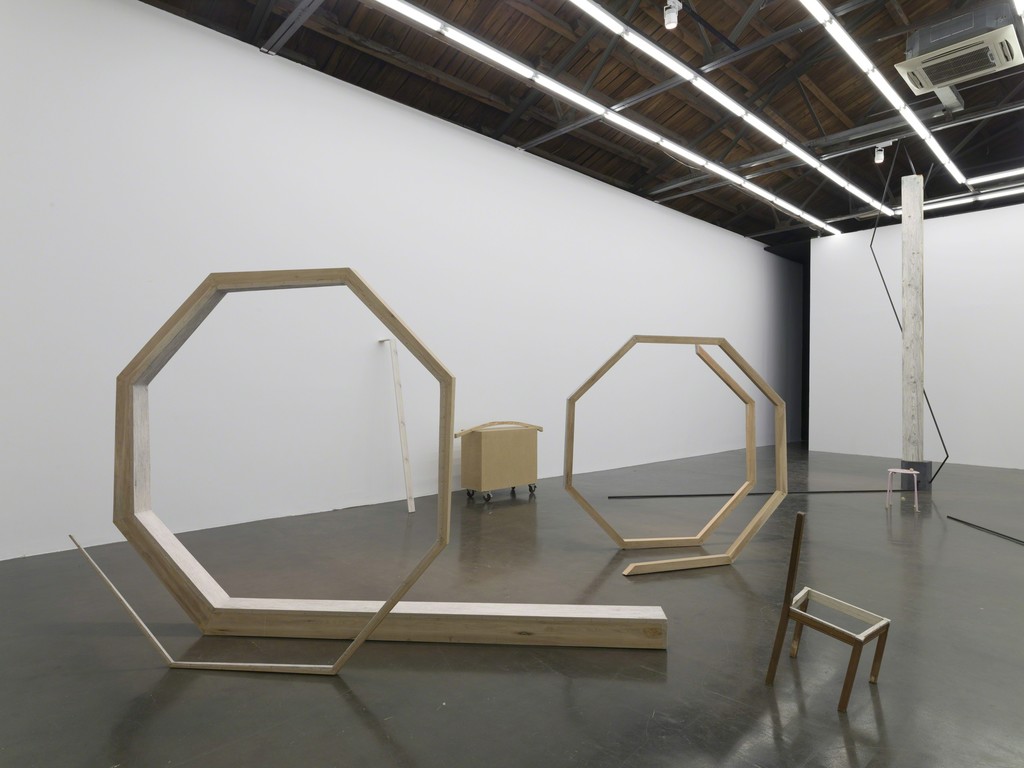 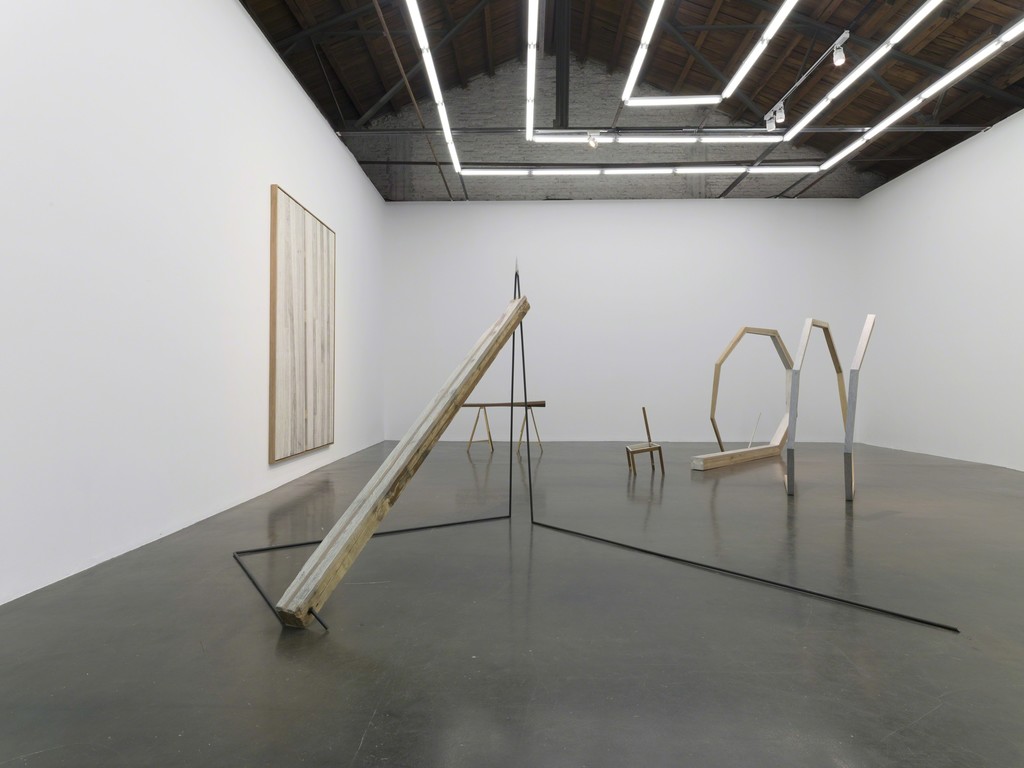 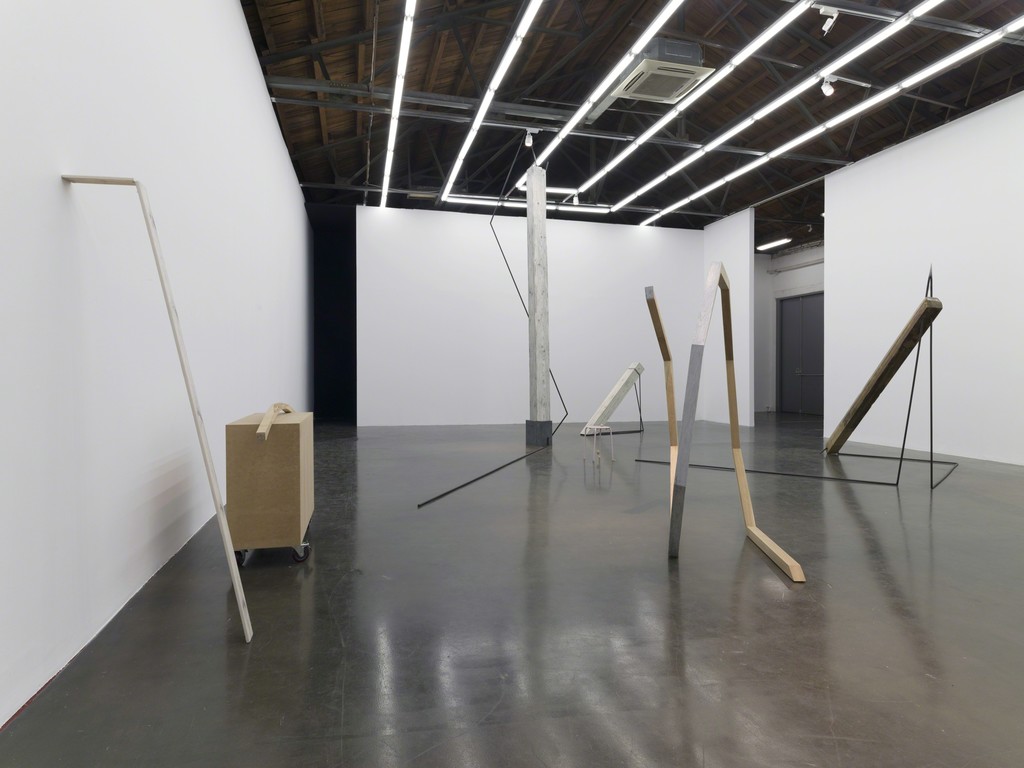 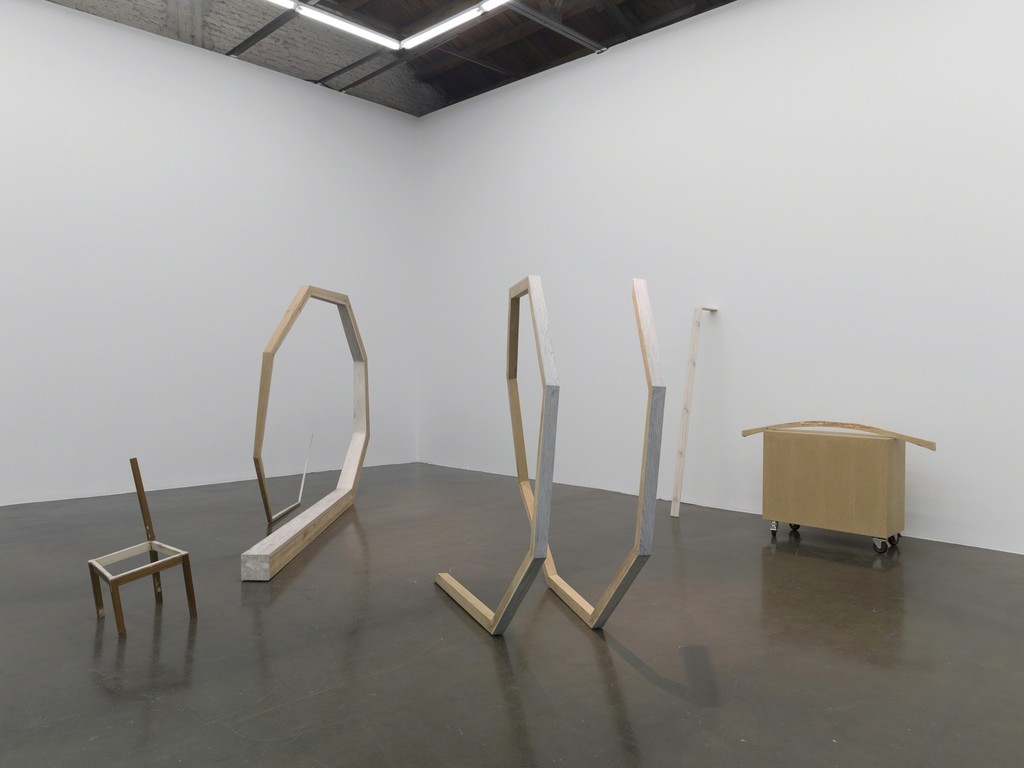 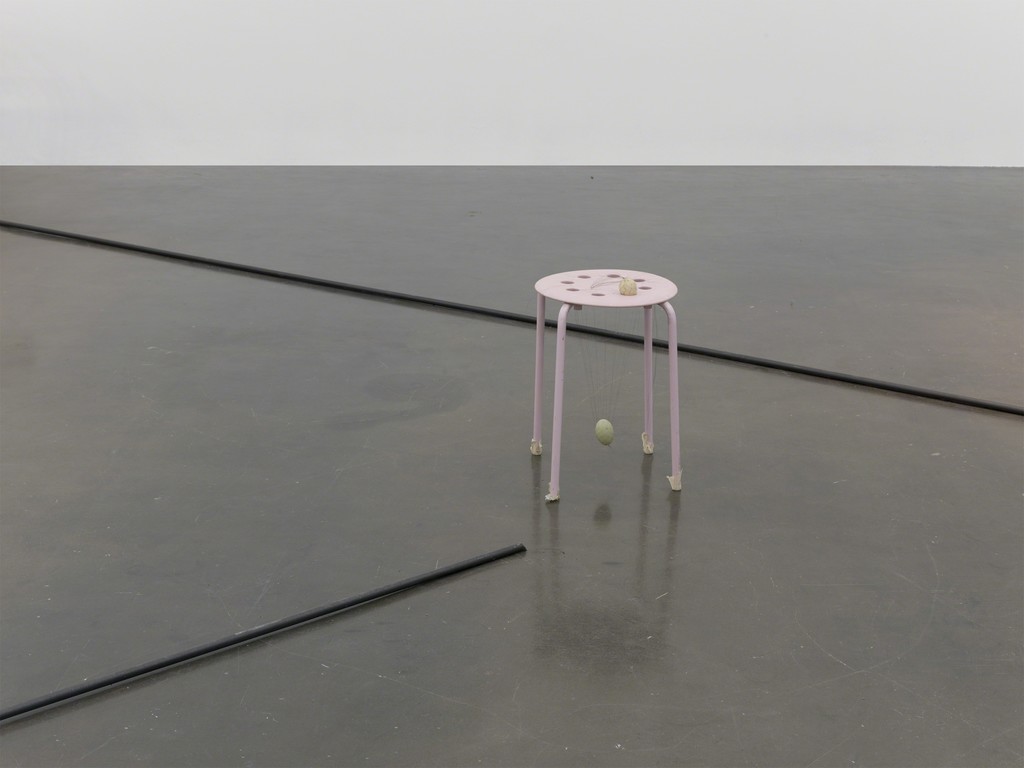 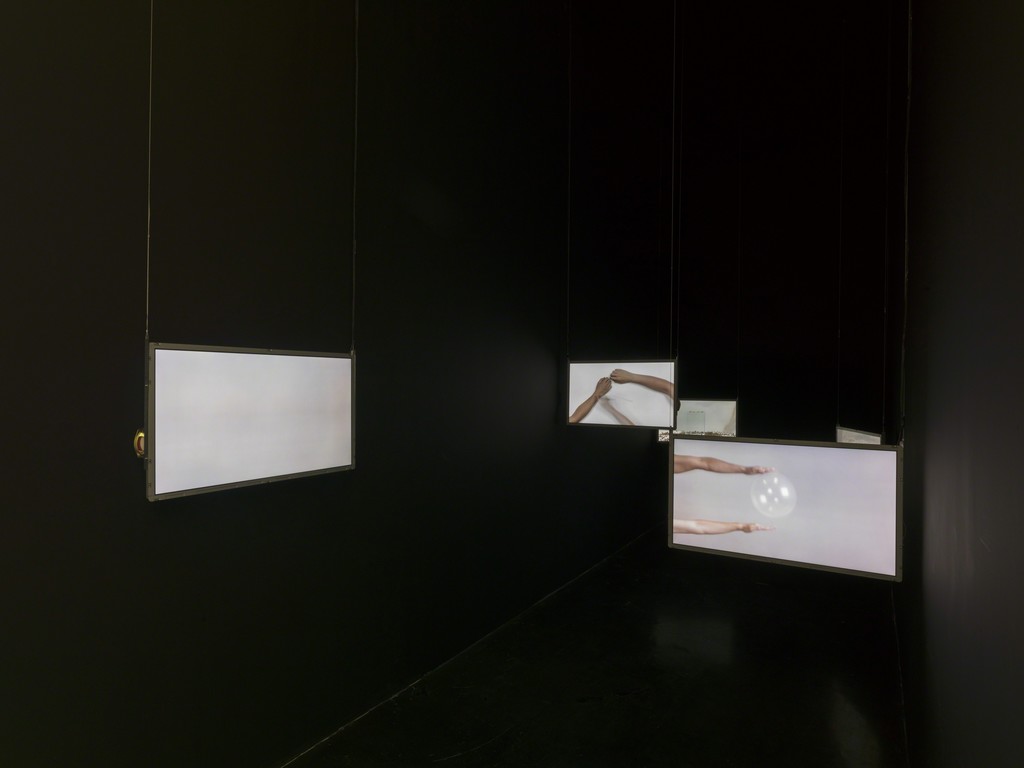 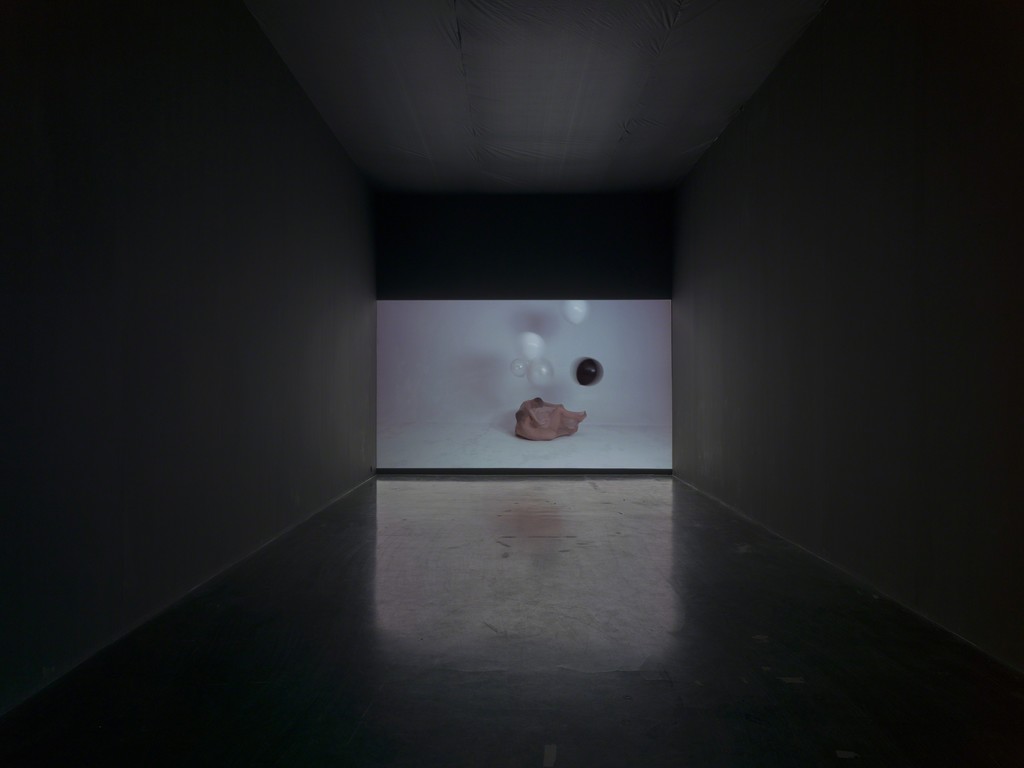 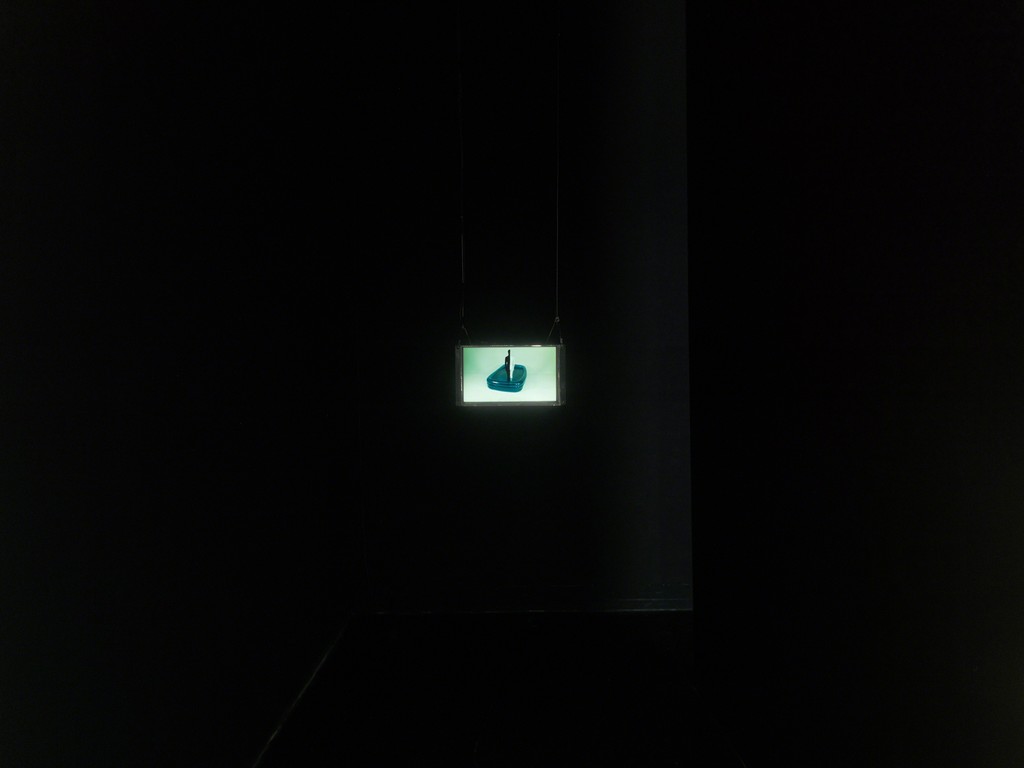 Beijing Commune is pleased to announce the opening of Hu Xiaoyuan’s third solo exhibition “Hu Xiaoyuan: Ant Bone” at the gallery on
November 15th, 2015. The exhibition will continue until January 2nd, 2016. Ant Bone, Splinters of Grass, and Litho / Obstacle form a trilogy that Hu plans to create over the next two years. The three titles refer to the symbiotic relationship between the weak and tenuous and the strong and lasting.
Hu’s artistic style has always been dominated by delicate, analytical, and implicit contradictions. Her cross-media works, including installa-tion, painting, and multimedia, all demonstrate a sensitivity toward materials which arise from her careful observations of daily life; she manages to isolate a unique aesthetic from a dialectical process that studies meaning and perception.
The piece on exhibit, Ant Bone, is the largest scale experiment to date from a series of installations of the Wood theme that began back in 2008.Hu takes discarded support beams, reclaimed lumber of unknown origin, and dismembered guard rails, cuts and grinds them, andreassembles them with supporting metal pieces into a brand new structure, highlighting the contrast between thedelicate and slender silk and the raw and tough metal and wood.

New experiments in the Wood / Purlin and Untitled series will be on exhibit as well. The appearance from the Wood series marks a new
beginning, whereby Hu treats her personal perspective in a broader context in order to distant herself from her thought process and to present
conclusions of said thought experiments in a disconnected fashion.
Hu’s latest video pieces, Bang, Gentle and Painful Ripples, and The Character of Human Nature echo the Wood series, demonstrating an
entanglement between the concrete and the metaphysical. As the artist herself states: “During the briefest of moments, the trivial, humble,
shallow, and petty characters or animalistic instincts show up ever so faintly, but with a resolve that precludes removal.”
The single channel video Bang shows two people and balloons enclosed inside a flesh-colored translucent cover, as they roll from the left side
of frame to the right. The two people show a heightened anxiety in their movements, driven by fear of popping the balloons during their
movement. The struggling, ripping, shoving, and turning are accompanied by the screeching of balloon on balloon motion, filling the monitor
with tension and discomfort.
The other piece, Gentle and Painful Ripples, show a polar opposite setup. The performer, dressed in a black and white costume, stands quietly
in a plastic pool of azure water. The performer’s body gyrates, generating gentle waves that build up in intensity, until the motion suddenly
stops. The waves slow down until all is calm, as though nothing had ever disturbed the peace.
In the five channel video The Character of Human Nature, the artist focuses on the hands of an assortment of performers, in order to demon-
strate a complex relationship. The five-channel video shows three people each painting a circle on another’s wrist; five people trying to stick a
freshly plucked hair to the wall before the hair follicle dries; two people work together to throw xanthium seeds into the water; four people
scratch and edit the text that a fifth person writes in order to create an outcome that is uncertain to all five participants; and two arms that strain
for balance but eventually wear out and land a needle on a balloon.
The three video projects showcase interactions between person and person, person and object, direct and indirect, strong and gentle, and
passive and active, in order to demonstrate not only the dichotomous relationships that surround us, but also symbiotic growth and the
omnipresent chaos that make up the world we live in.
Hu Xiaoyuan was born in Harbin in 1977. She graduated from the China Central Academy of Fine Arts, and currently lives and works in
Beijing. Hu Xiaoyuan’s works have been widely shown in the international art scenes. Important shows she has taken part in include “The
Great Acceleration: Taipei Biennial” (Taipei, 2014), “The Ungovernables: New Museum Triennial” (New York, 2012), and Documental12
(Kassel, 2007). Her works have also been shown in numerous museums and art centers and exhibitions she has participated in including Palais
de Tokyo (Paris, 2014), Museum Boijmans Van Beuningen (the Netherlands, 2014), Tampa Museum of Art, Museum of Fine Arts, St.
Petersburg (Florida, U.S., 2014), Power Station of Art (Shanghai, 2014), Musée d’Art Moderne de la Ville de Paris (Paris, 2014), Bildmuseet
Umeå University (Sweden, 2014), Shanghai Rockbund Art Museum (Shanghai, 2013), Ullens Center for Contemporary Art (Beijing, 2013),
Kunstmuseum Basel (Switzerland, 2005), and so on.