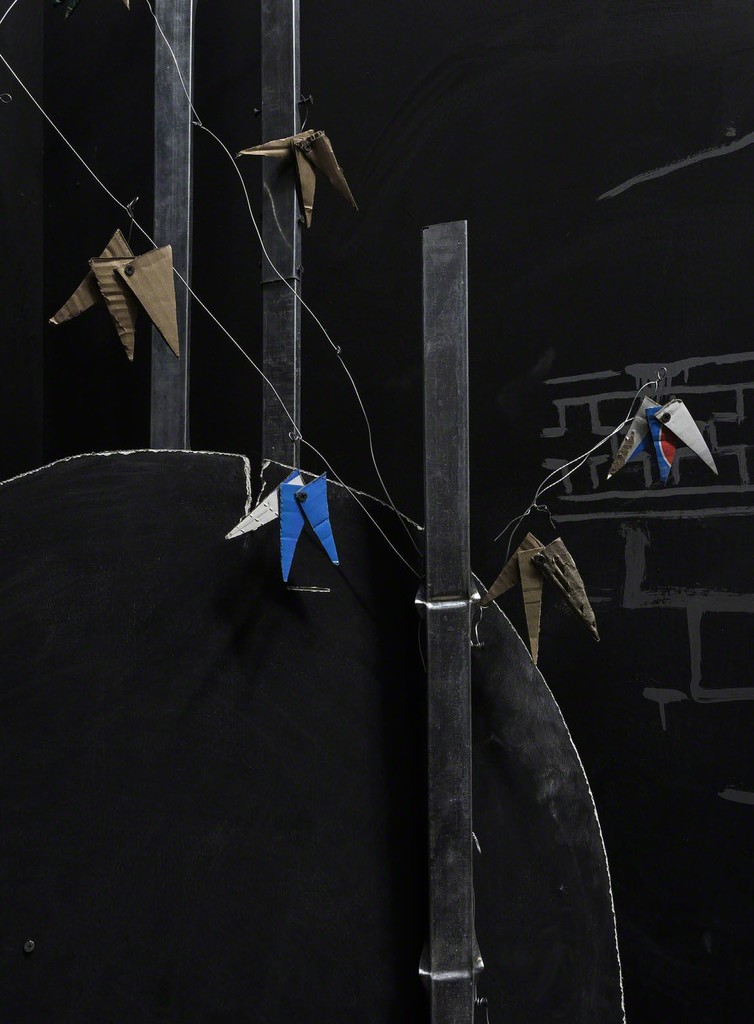 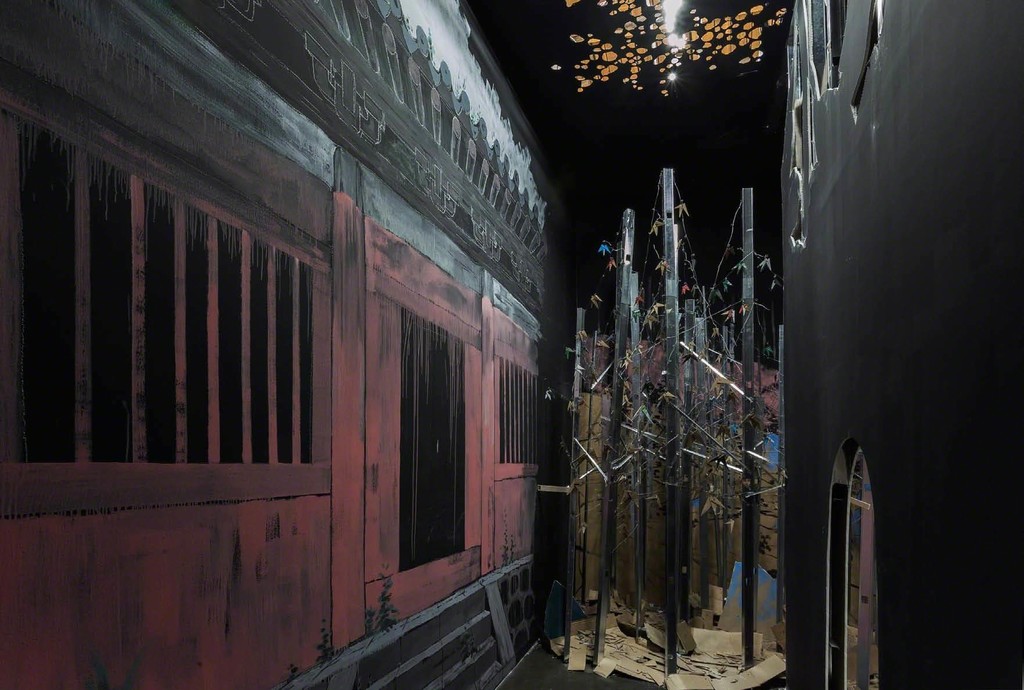 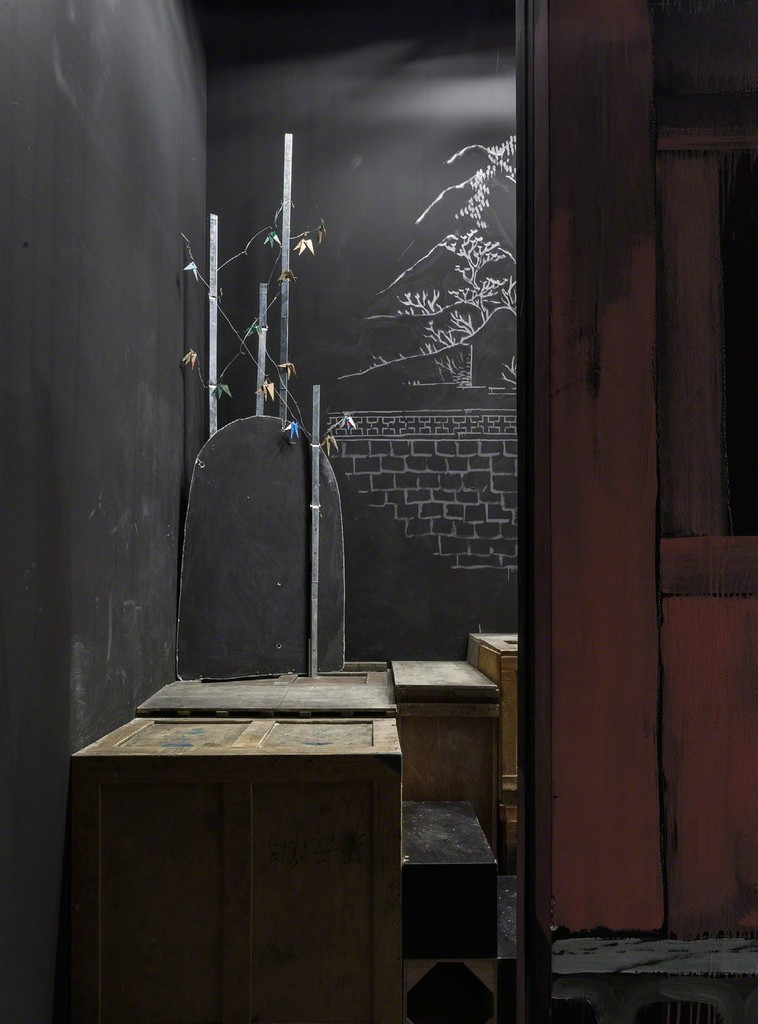 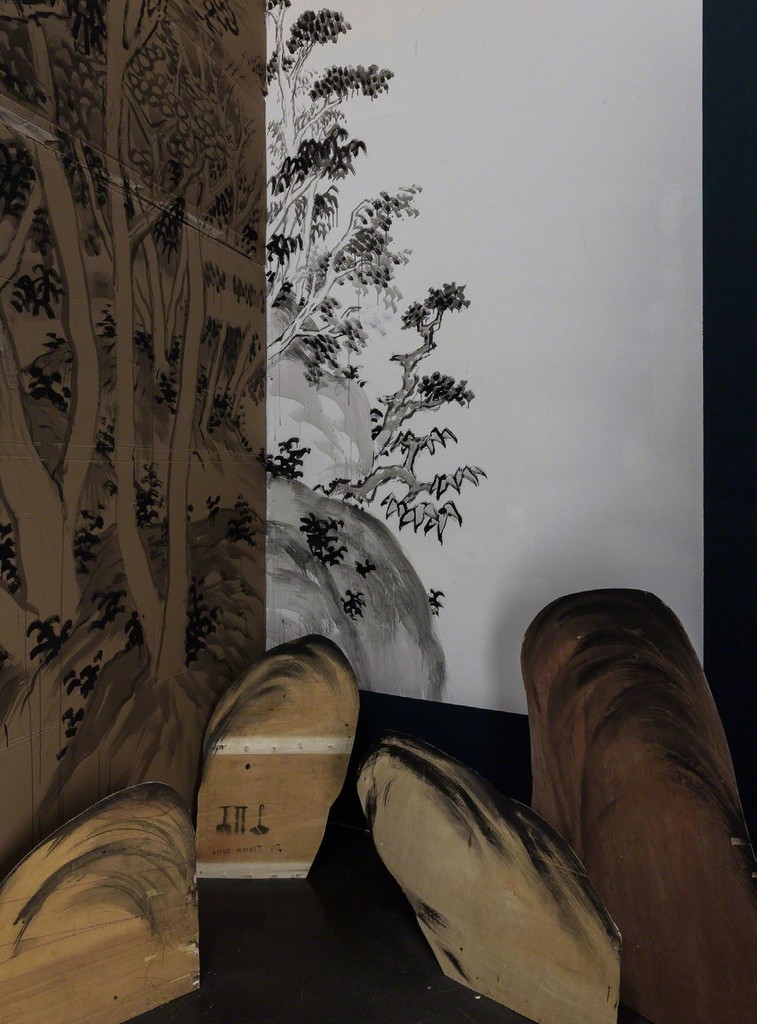 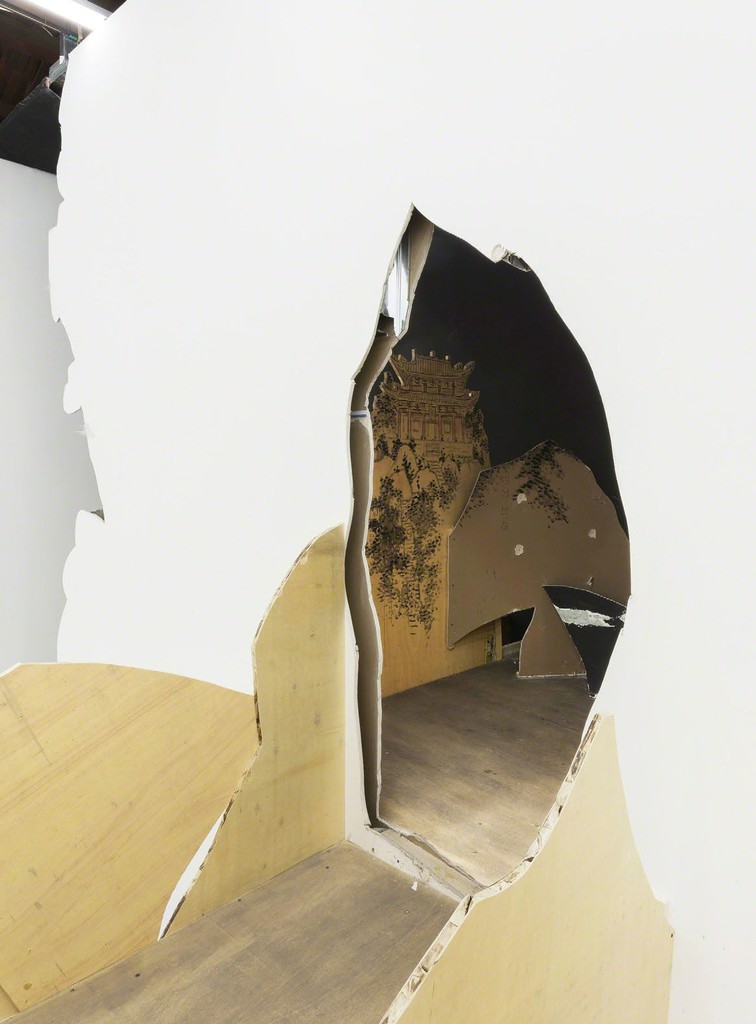 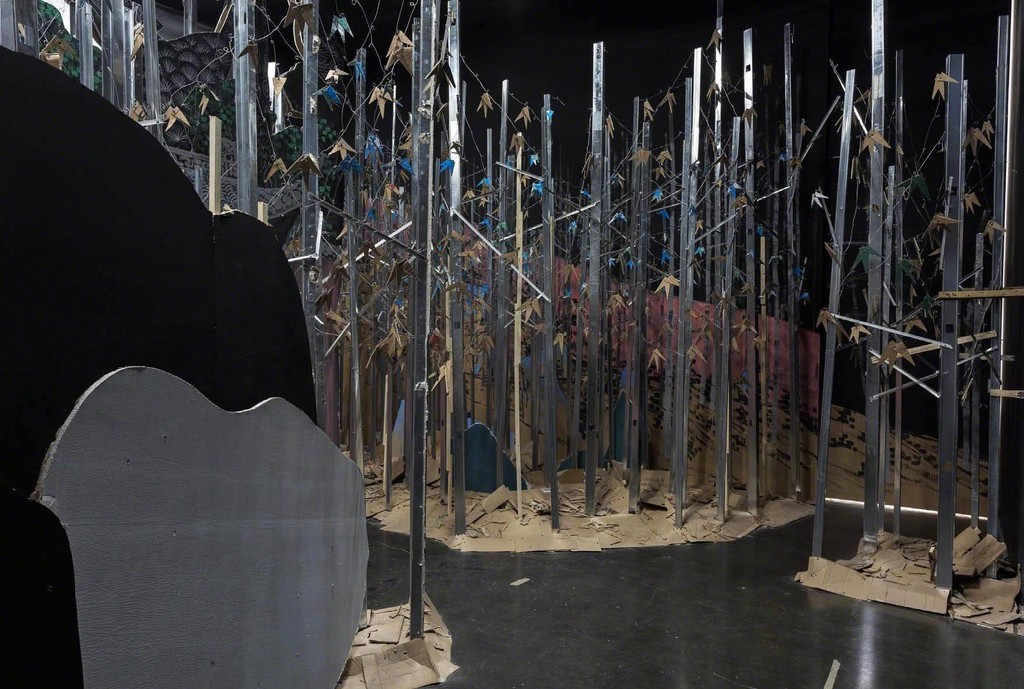 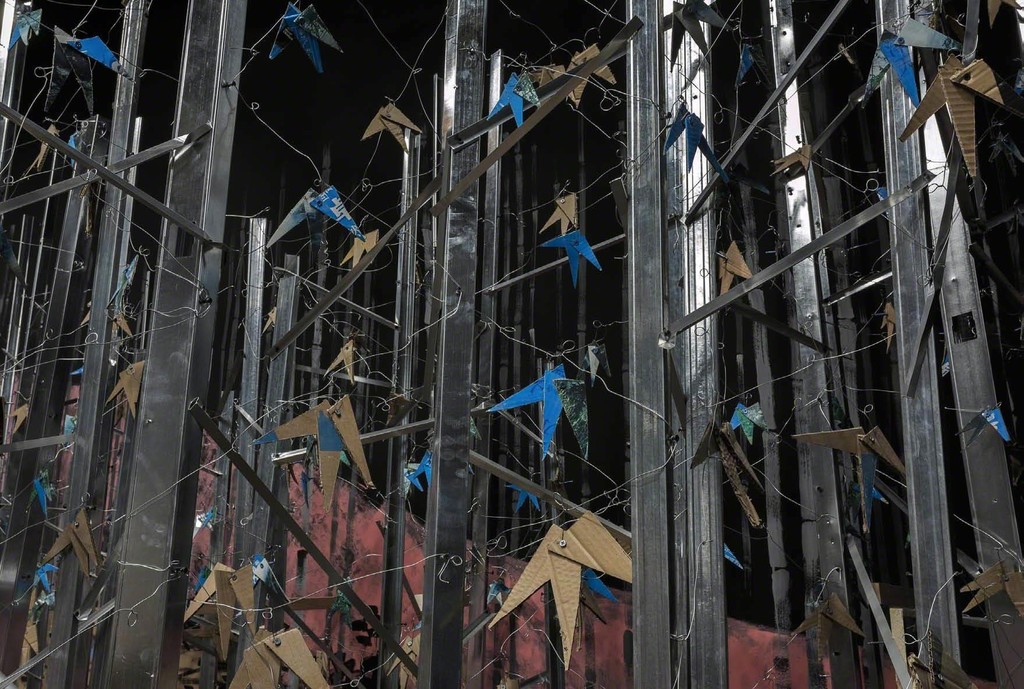 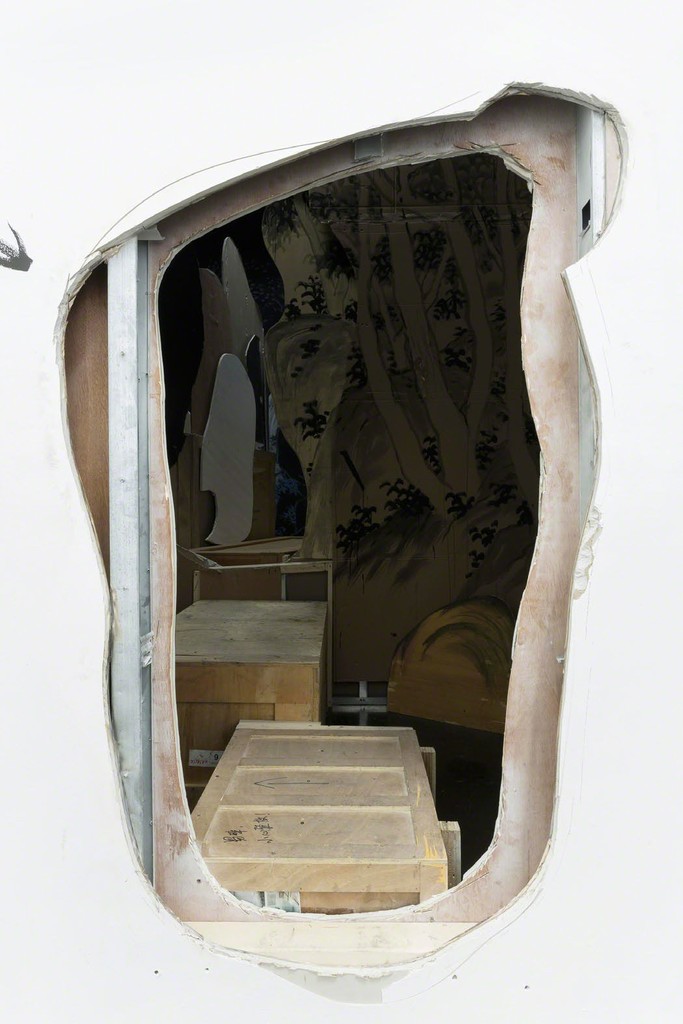 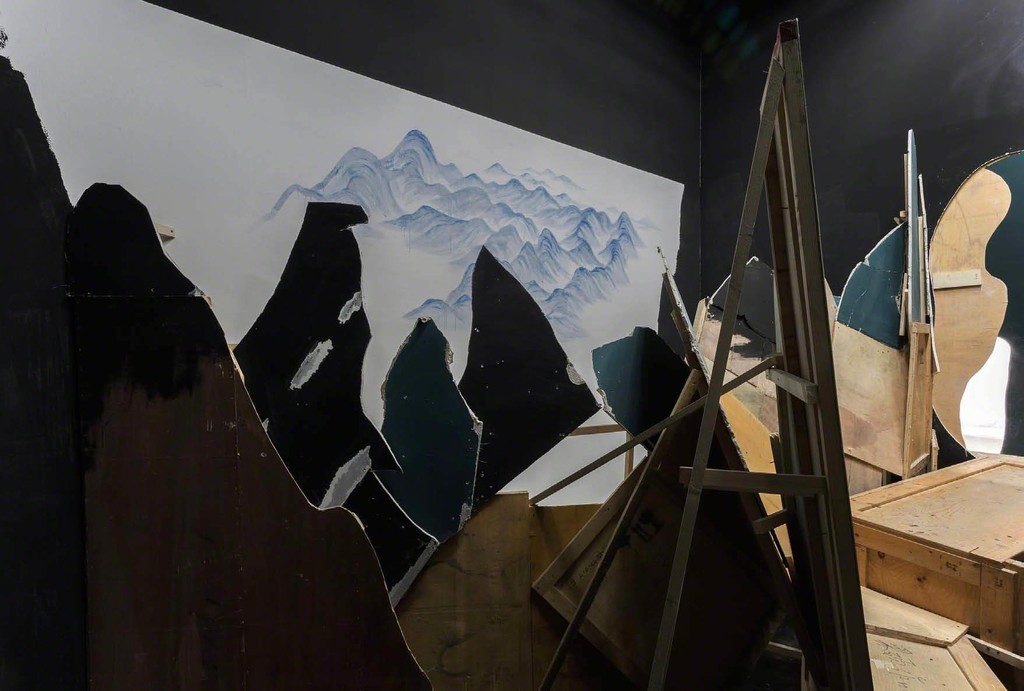 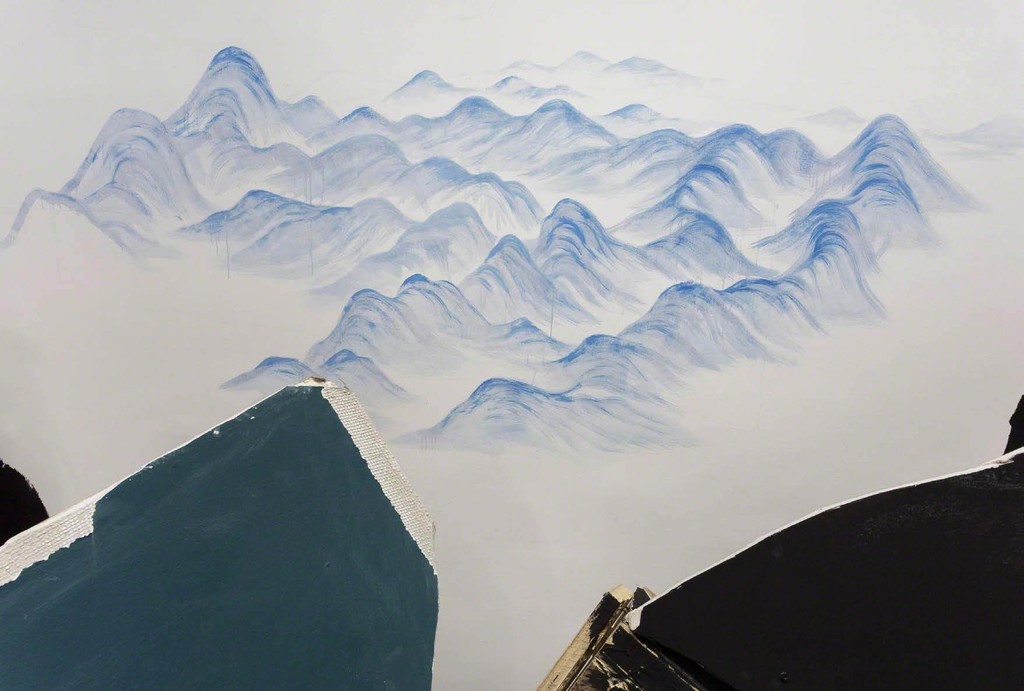 Beijing Commune is proud to present “Temple of Candour,” the artist Liang Luo’s first solo exhibition at Beijing Commune, on view from March 8th to April 30th, 2016.
Liang Shuo’s art practice employs a variety of materials for production, including found objects, stones, plastic, and mud—an approach through which he has constructed the unique aesthetic system of “Zha” [渣：residues, dregs, sediment]. Rather than a form of representation, this “Zha” aesthetic conveys the artist’s understanding of social phenomena and the systems of production. To a great extent, Liang’s artistic produc-tion is itself a kind of working system: it maximizes the force of creation within the various constraints of reality. Following this logic, the end result of creation turns out to be, more often than not, an unpredictable anti-style. Throughout Liang Shuo’s creation of the earlier Peasant series, his later Study of Substance, I Am Fucking Beautiful, and Fit, and even in his recent projects that attempt a comprehensive exploration of space, he consistently advanced his understanding of systems and phenomenon that provide the conceptual backbone to his work. Exploring the relationship between one object and another without preconception, assembling found objects without altering their existing structures, and creating new works through physical acts that are in no way “artistic” or “meaningful” are collectively the strategies that reveal the artist’s thinking on the essence of matter beyond just producing artworks as representations.
Following his previous solo projects, “The Story of Beginning” and “The Grand Topology”, “Temple of Candour” is Liang Shuo’s latest attempt at a conceptual treatment of an exhibition space. In Six Records of a Floating Life, Shen Fu, a writer from the Qing dynasty, gave an account of a dilapidated monastery named Wu Yin Chan Yuan (无隐禅院, which translates to “Temple of Candour”). Here, Liang Shuo restores its spatial allure based on the writer’s description. Throughout the exhibition space, the artist presents to the public an improvised, site-specific, and experiential happening.
“Temple of Candour" not only demonstrates Liang Shuo’s conversion process of textual descriptions into visual representations, but also discloses his individual interpretation of the garden landscape. As well, compared to his previous on-site productions, this installation is more complex in terms of how it operates: within the existing spatial and physical limitations of the gallery, Liang turns constraints into opportunities, and decides to use objects primarily found on-site — most of the materials used for construction were either left by previous projects or inventory items. Therefore, the task of the artist becomes a search for ways of appropriating them for use in a new context, while building associations to his wandering process under stress. It is also his enactment of the method of “forging freedom through restriction.”
Liang Shuo taps the latent energy still present in restricted conditions. In his own words: “If there is no limit, there is no freedom; if there is no condition, there is no expression.” As the artist roams freely in his self-constructed system and individual analysis of phenomena, he allows the audiences an occasion to experience his “Zha” aesthetic.
Liang Shuo (b.1976) graduated from the Department of Sculpture at the Central Academy of Fine Arts, China (CAFA) in 2000, and taught as a professor in the Department of Sculpture at the Academy of Arts & Design , Tsinghua University, from 2002 to 2007. From 2005 to 2006, he was in artist residency at Royal Academy of Art, The Hague (KABK), the Netherlands. In 2009, he joined the Department of Sculpture at CAFA, where he remains a teacher. Liang currently lives and works in Beijing. His work has been presented at major biennales, such as “Reactivation: 9th Shanghai Biennale” (2012), “Spirit of Shanghai: 3rd Shanghai Biennale” (2000), and Busan Biennale (2004). His work has also been exhibited at numerous art museums around the world, the list of which include: the National Museum of China and Today Art Museum in Beijing; Power Station of Art, Shanghai; the Guangdong Times Museum, Guangzhou; the National Museum of Modern and Contemporary Art, Seoul; Singapore Art Museum; Yerba Buena Center for the Arts (YBCA), San Francisco; Groninger Museum, the Museum Het Domein, Sittard, Museum Beelden aan Zee, Hague, Rijksakademie, Amsterdam, and KadE, Amersfoort, in the Netherlands; Espai d'art contemporani de Castelló, Spain; Kunstner-nes Hus, Oslo, Norway; Museo Pietro Canonica, Roma, Italy, amongst others.