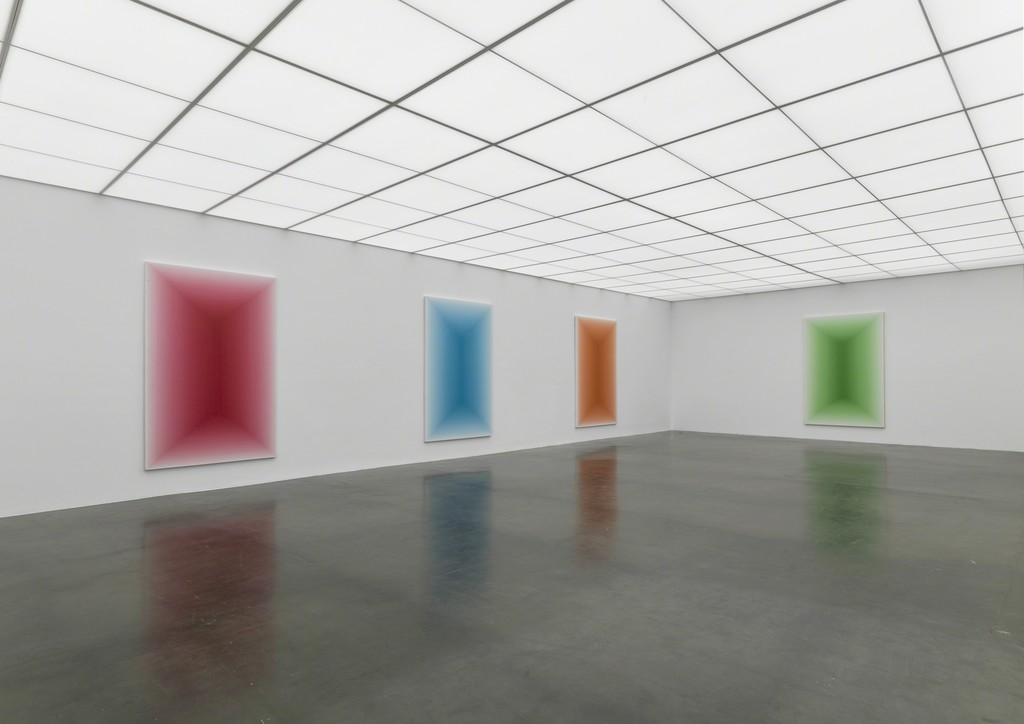 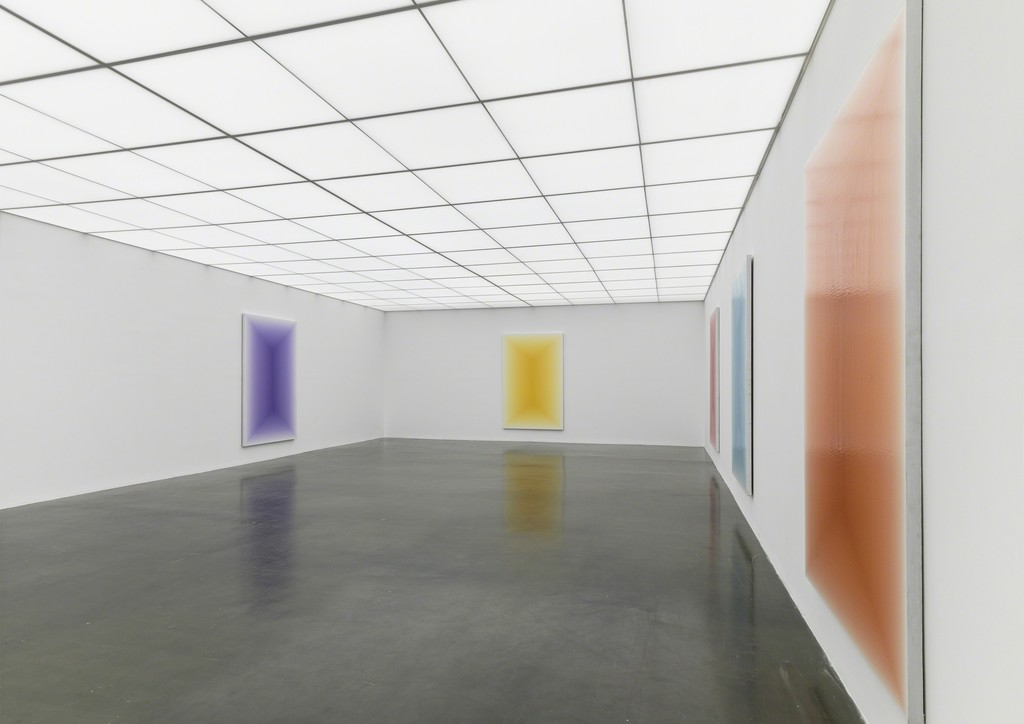 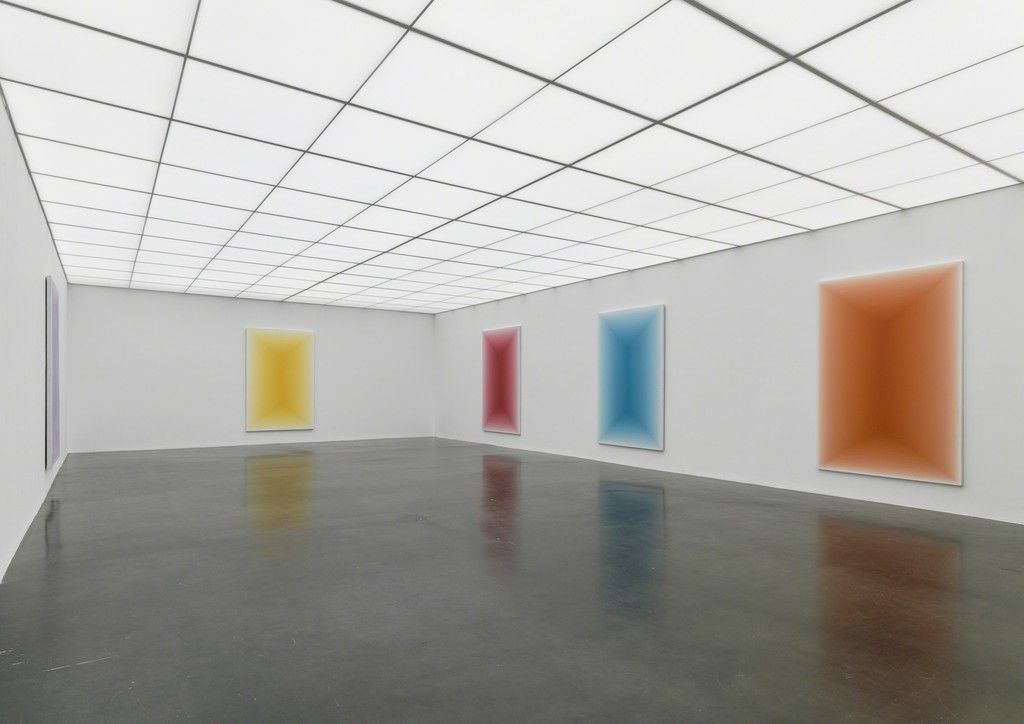 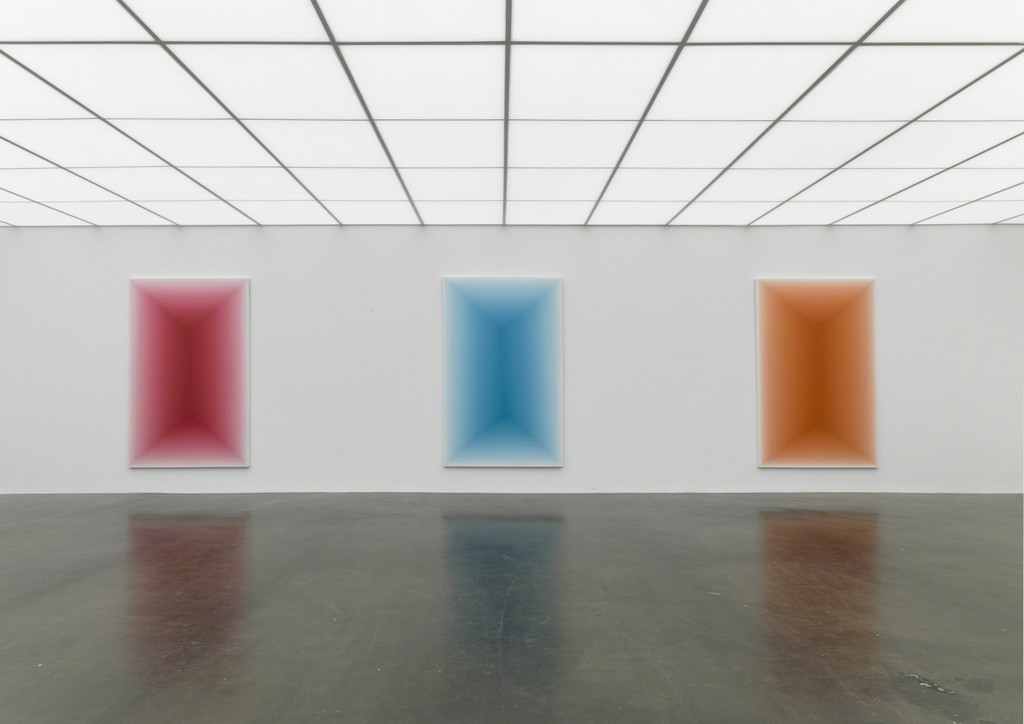 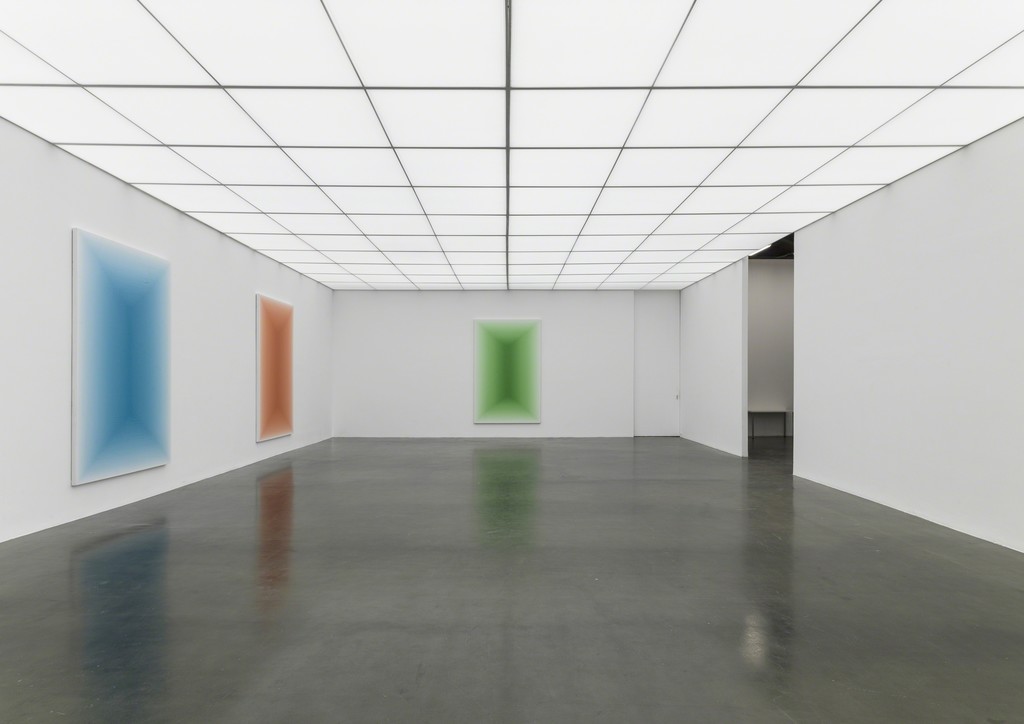 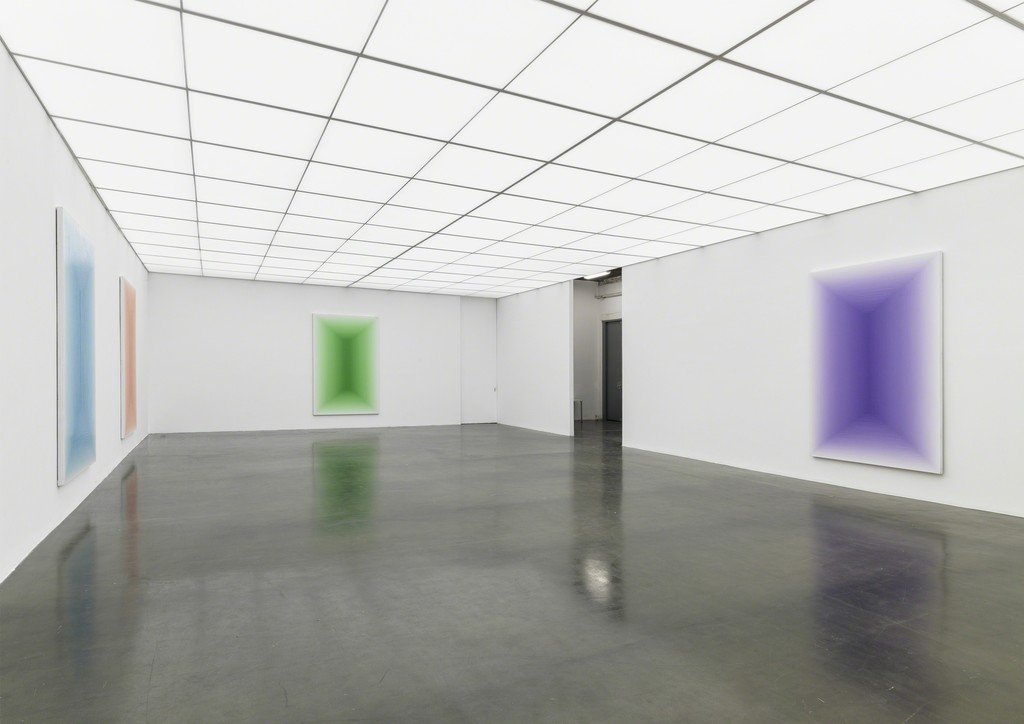 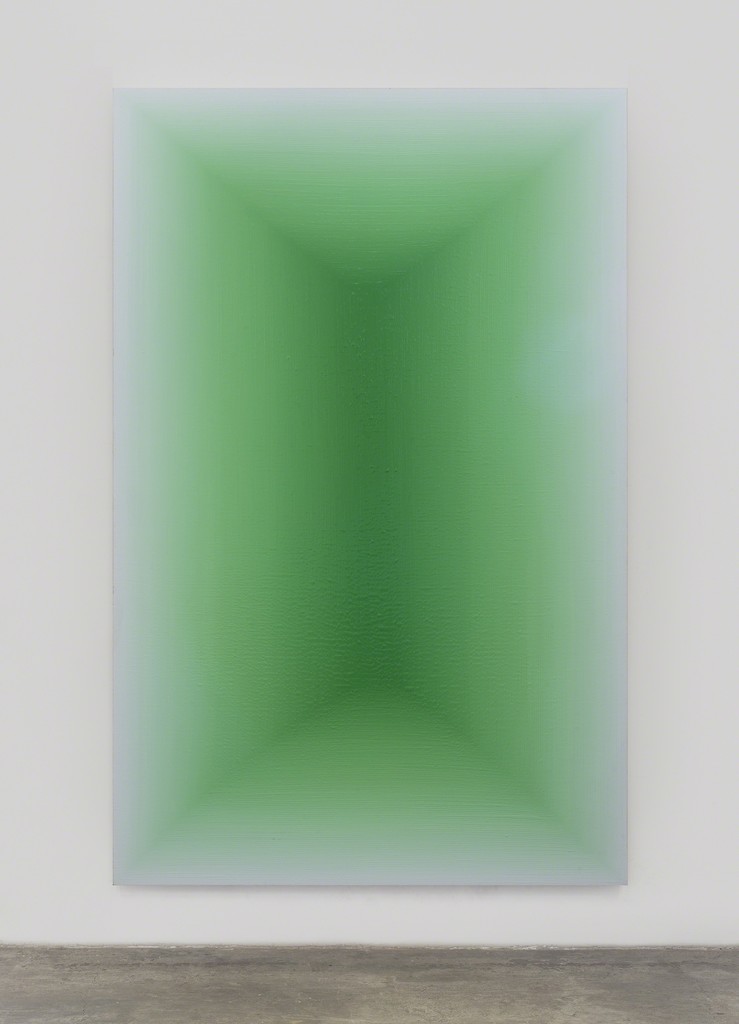 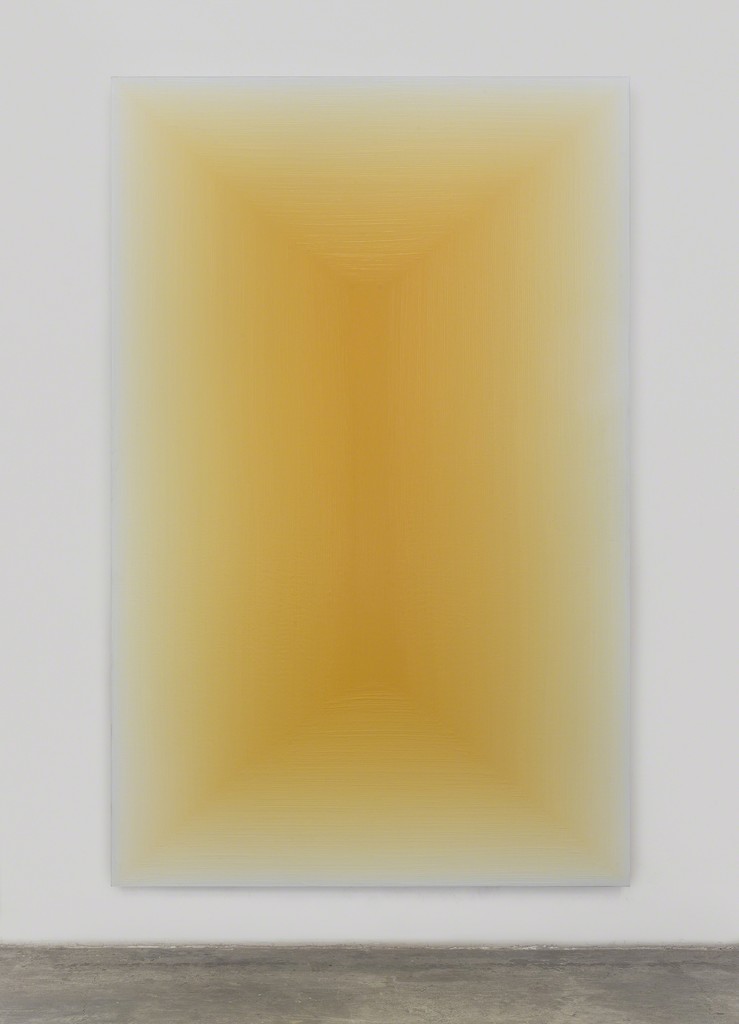 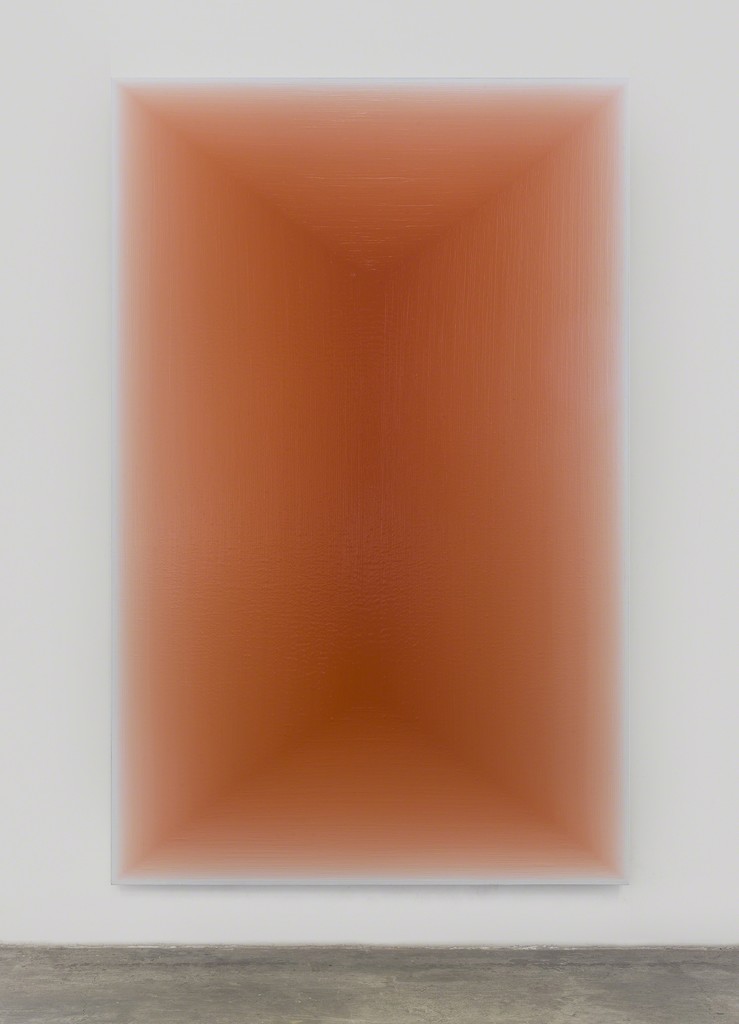 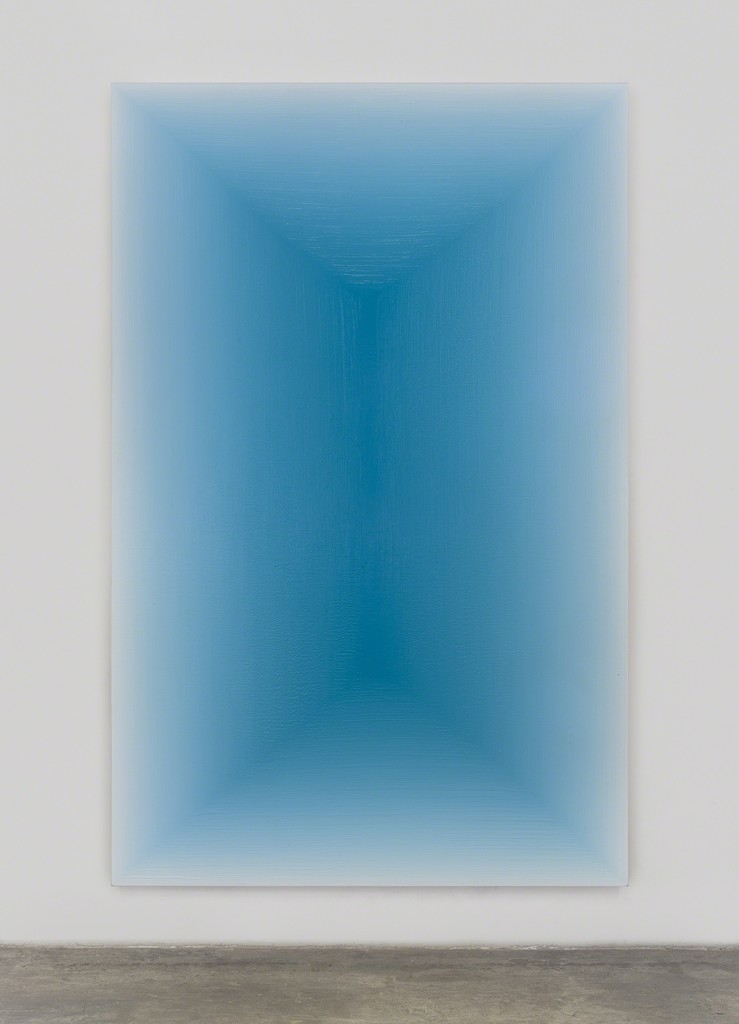 Beijing Commune is pleased to announce the opening of Wang Guangle’s third solo exhibition “Six Colors” at the gallery on July 23th, 2015. The exhibition will continue until September 12th, 2015.

Wang Guangle is generally considered one of the most representative figures in the New Abstract Movement that has gradually formed through the past decades among the emerging generation in China’s contemporary art scene. His paintings have acquired increasing attention since the Terrazzo series in early 2000s. His later works from the Coffin Paint and Untitled series consistently imply a looming thread that is closely related to an immediate experience with time and life. This exhibit shows off six large scale color paintings from the artist’s latest Untitled series.

Wang has gained critical praise for his process-based paintings, which simultaneously reference traditional memento mori, temporality, repetition, and abstraction. The Coffin Paint series was inspired by a burial tradition he witnessed while growing up in Fujian province, southern China, where there still exists the local tradition of aged people preparing their waiting coffins with a layer of lacquer for each year they remain alive. A meditative symbol of acceptance and preparation, the coffin can incur several years’ worth of paint layers up until the moment of a person’s passing. Wang adds layers of paint to his canvas several times daily, with each layer covered upon the previous one. As the pigment accumulates, the surface of the canvas builds to a thick layer of paint that attains a nearly sculptural dimension. The paint naturally flows down along both right and left sides of the canvases.

An extension of the Coffin Paint series, his large-scale Untitled works evolve from the same technique. Here, however, each layer of paint is applied from the far edges of the canvas working inward toward the center, thus resulting in an illusionistic depth, the lighter tones of the composition acting as a framing device. As with the Coffin Paint series, each painting is provided with a numeric title indicating the year, month, and day of its completion. Each stroke of paint signifies a moment in time, an amalgamation of gesture, which in completion becomes a meditation on temporality. This series of paintings not only demonstrates the artist’s formalistic style but also permeates his sensibility to eternity through a modified representation of Chinese tradition.

The six colors used in the new work are made up of three primary colors and three secondary colors from the visual spectrum; the colors, arranged in complementary pairs are placed in the middle of the showroom in three arrangements. Wang Guangle makes tremendous effort to avoid processing specific colors, mediums, and sizes through the filter of social connotations. To him, these are but elements that make up a larger creation; they are not tools or means through which to send a message. By working with and arranging all the elements at his disposal, the artist merely allows the final piece to reveal itself; his efforts are seen as indiscriminant labor, rather than an expression of creativity. The time spent on this labor thus becomes indiscriminant social labor time. This process of emotionless production creates a deliberate distance between the artist and his work, allowing art to manifest independently. Wang’s special approach to art is then seen as a logical way for art to quarantine itself against the massive social evolution taking place around us.

Wang Guangle was born in Fujian Province in 1976, he graduated with BA in oil painting at the China Central Academy of Fine Arts in 2000. He currently lives and works in Beijing. His paintings have been extensively shown worldwide. Museums that have shown his art include Rubell Family Collection and Contemporary Arts Foundation in Miami, White Rabbit Art Museum in Australia, Museum Ludwig in Germany, Ullens Center for Contemporary Art in Beijing, Long Museum in Shanghai, the Museum of Central Academy of Fine Arts in Beijing, and so on. He was also shown at the Busan Biennale, Korean (2010) and California-pacific Triennial, Orange County, U.S. (2013). His solo shows have been held both at Beijing Commune and Pace Gallery in New York. His recent group shows include "Focus Beijing: De Heus-Zomer Collection” at the Museum Boijmans Van Beuningen, the Netherlands (2014), “When Now is Minimal: The Unknown Side of the Goetz Collection” at Museion in Bozen, Italy (2014), and “28 Chinese” at Asian Art Museum in San Francisco, U.S. (2015).