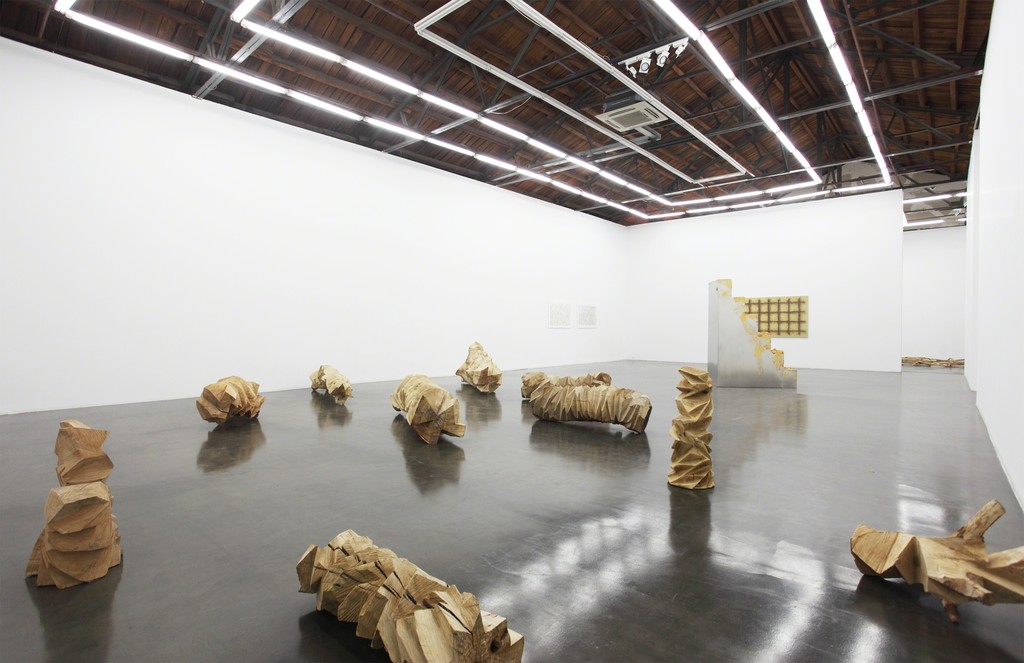 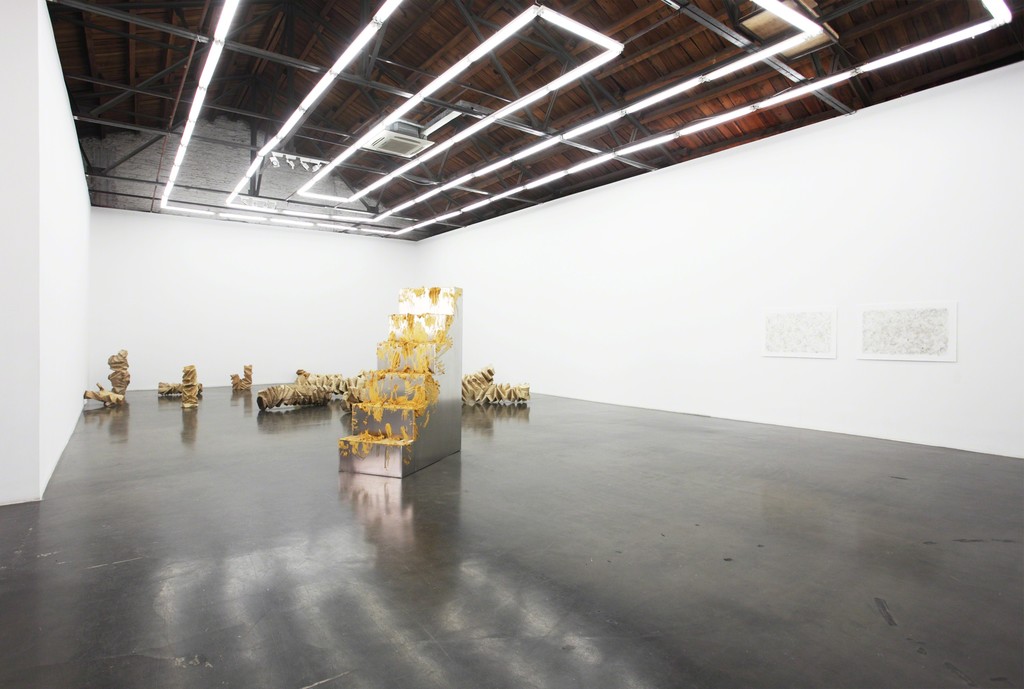 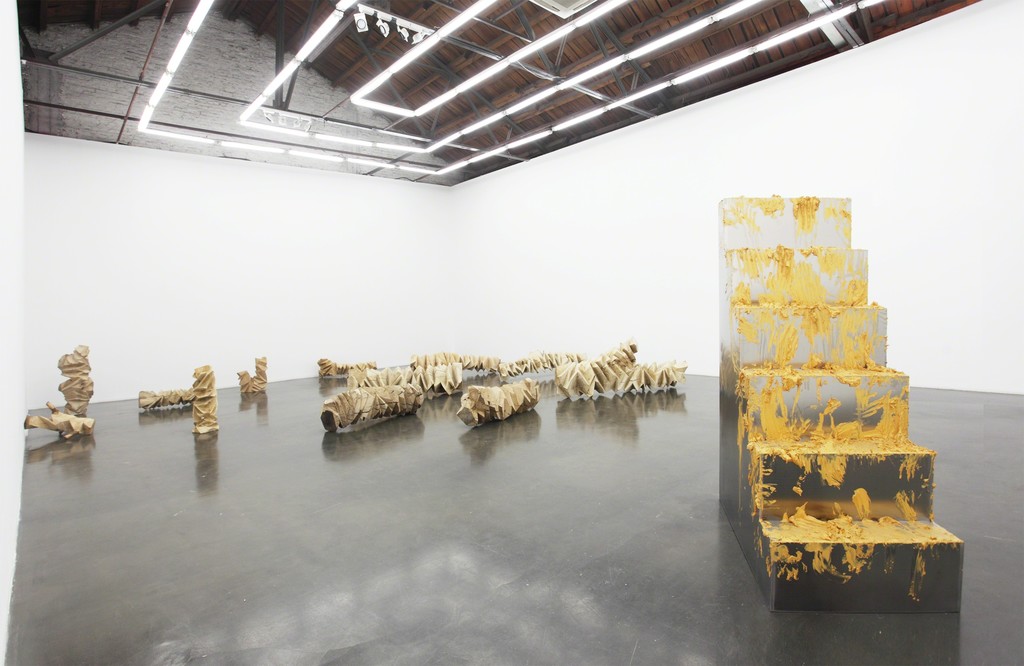 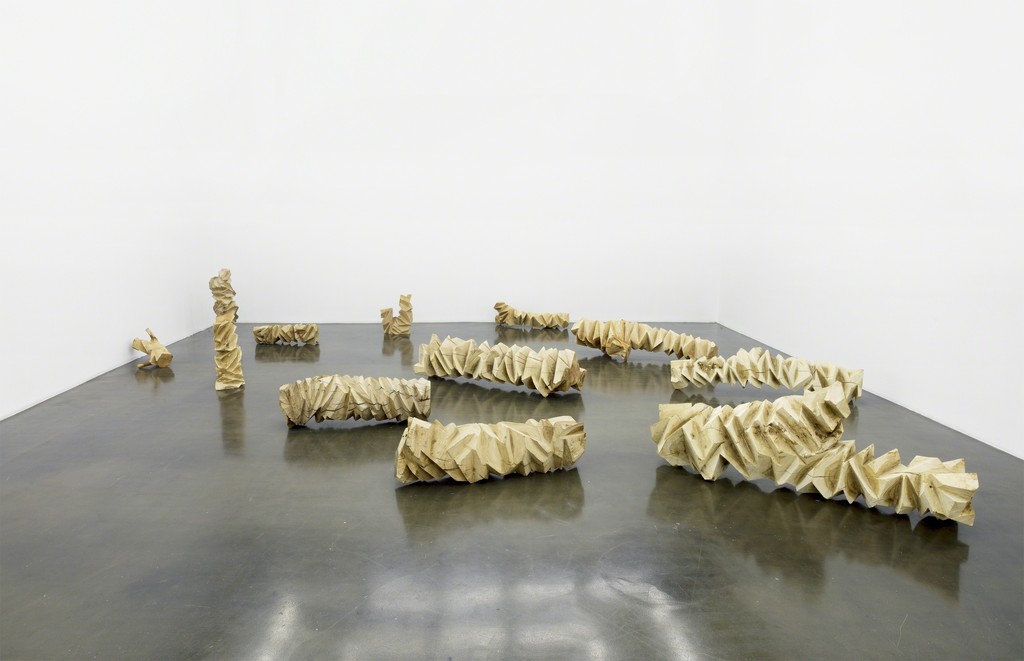 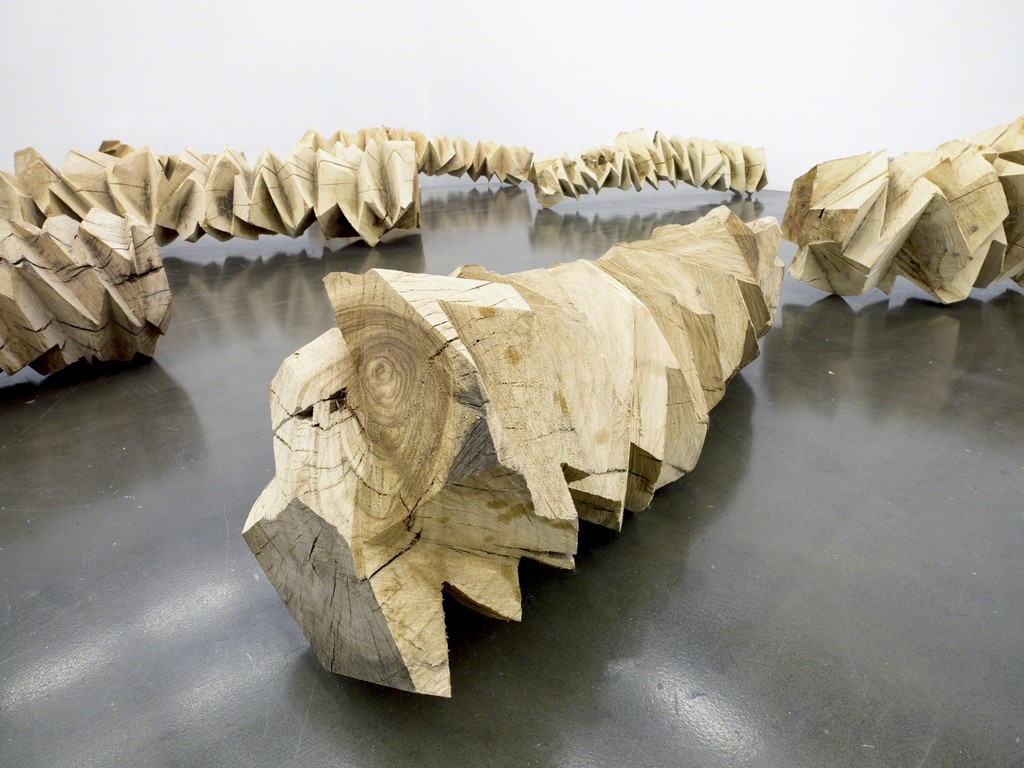 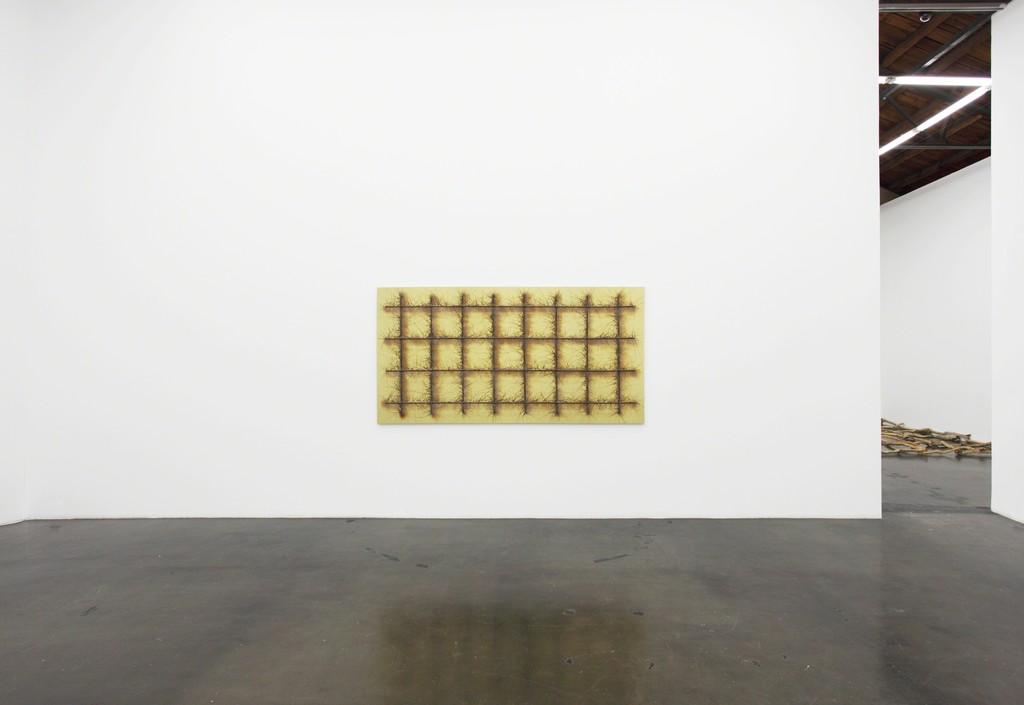 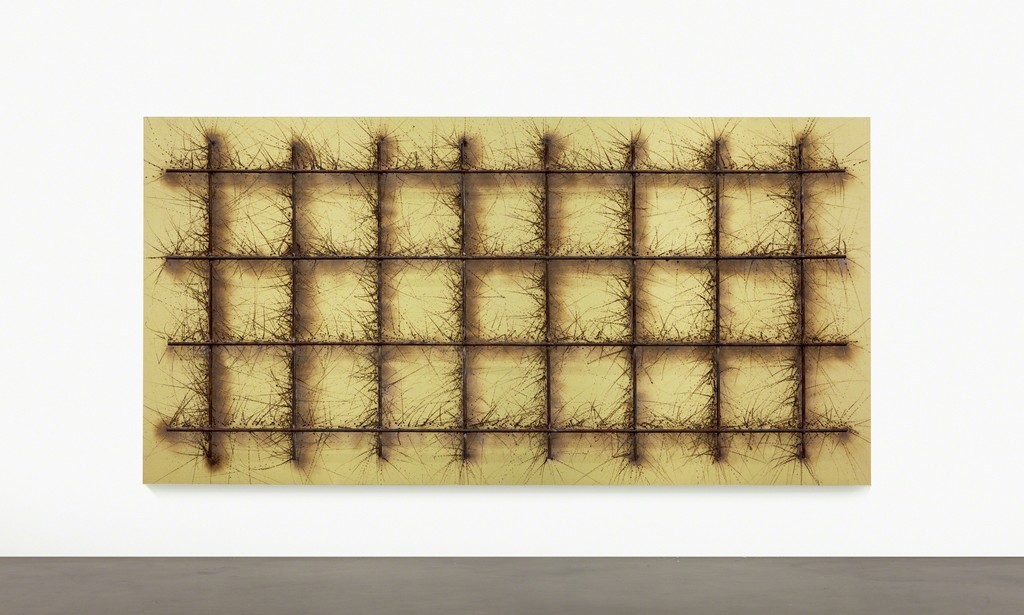 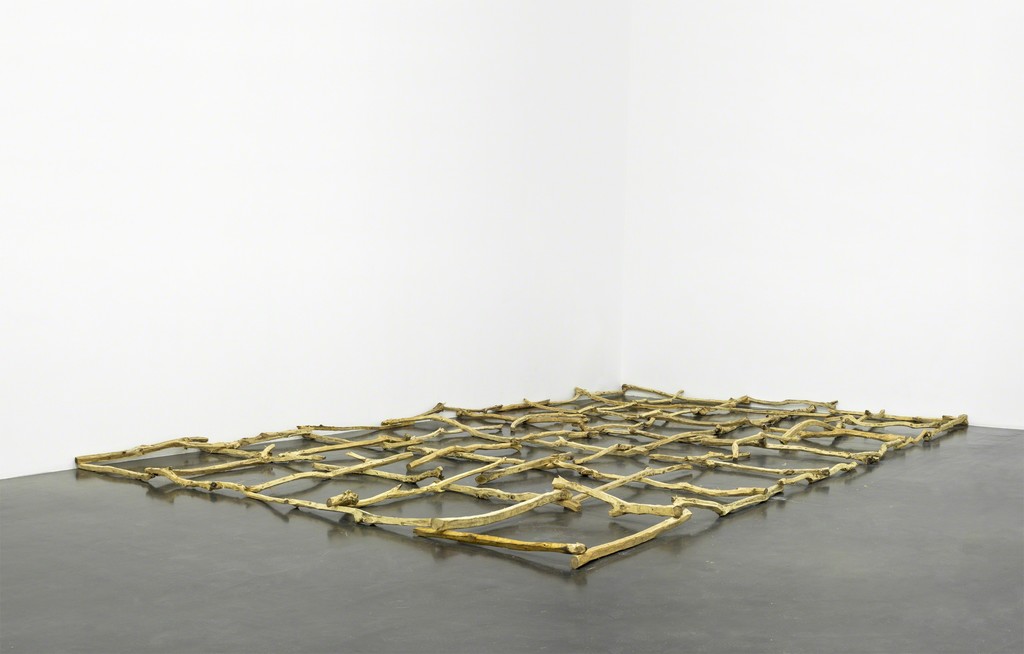 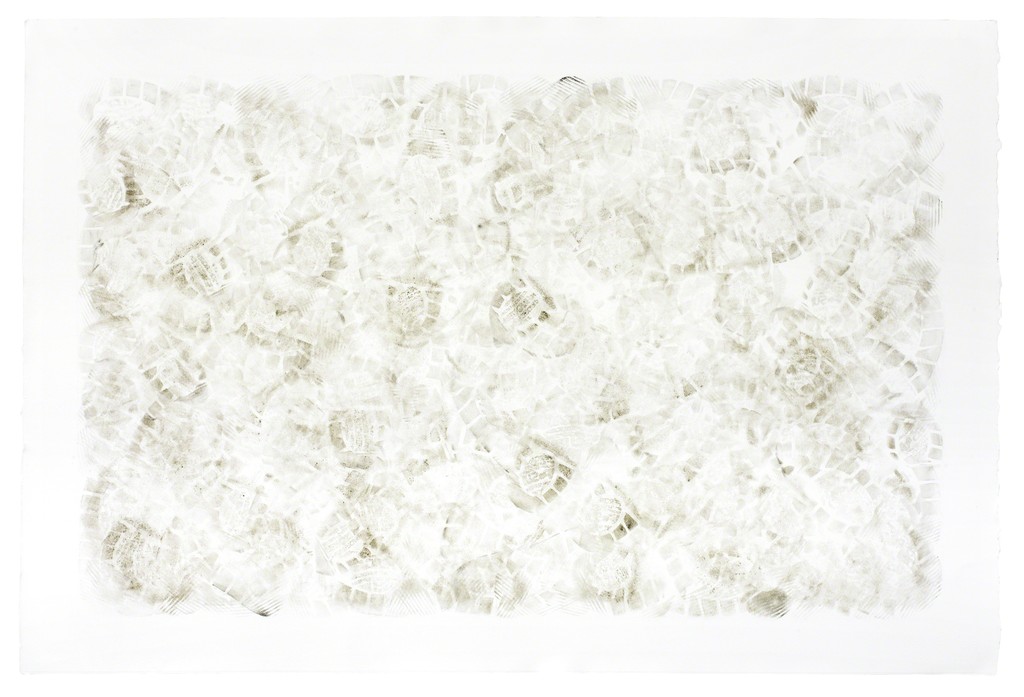 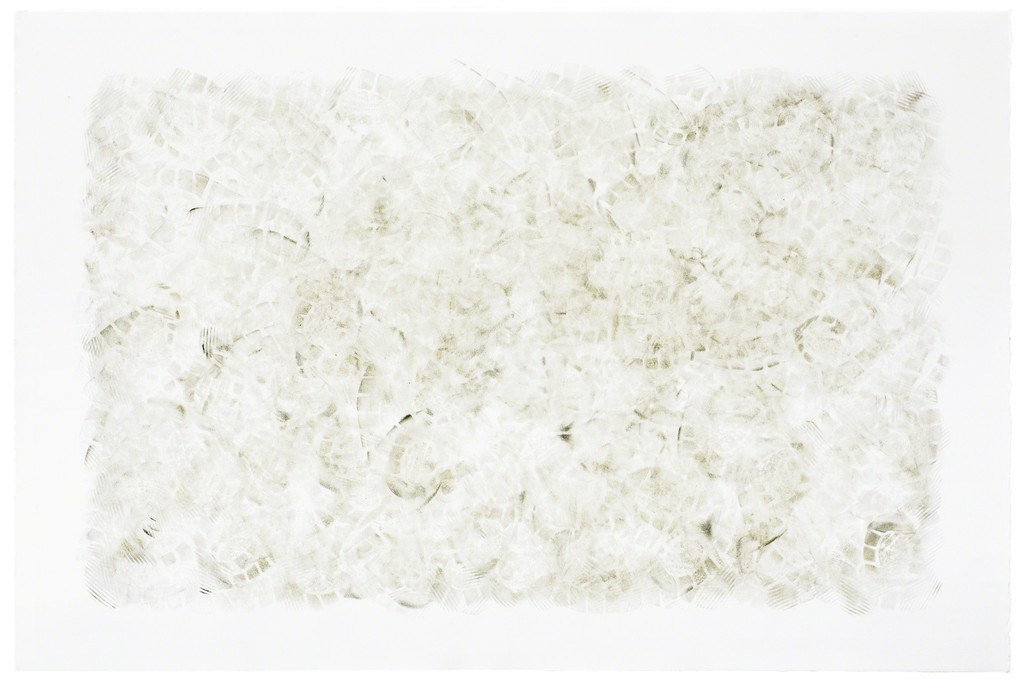 Beijing Commune is pleased to announce the opening of Yang Xinguang’s first solo exhibition “Yang Xinguang” at the gallery on March7th, 2015. The exhibition will continue until May 2nd, 2015.

Yang Xinguang is known for his use of various natural materials. In these artworks, the "substance" is combined with the contingency of“heart” in order to re-connect the two. This symbiotic relationship is not only a creative technique, but also a way for the artist to know himself. The new artworksof exhibition will be in keeping with this idea, and made with wood and metal – but there is a difference in its meaning, for Yang Xinguang’s explores broader interpretations instead of focusing on one particular topic. The close links Yang creates between subject-matter and medium enable him to express his emotions with freedom and flexibility.

In his recent work, Yang tackles the "object" to convey more specifically his personal feelings within the narrative/context of contemporary life and society. The large-scale installation entitled The Remaining Volume was created from a simple cut of the camphorwood. Similar to a subject’s alienation from space, the cutting or negative space signifies tension, conjuring a certain instability of external forces, which Yang’s embodies as a social being under particular circumstances of force and oppression. Meanwhile, the works The Remaining Volume and Untitled (Grid) share the theme of power. The Untitled (Grid) intuitively connotes disorder, like an irrational overlap –t he paradox of chaos incorporated into an ordered grid matrix. The spikes that appear starkly on top of the grid, seem peculiarly symmetrical and neatly arranged.

In this sense, we can understand this work as a recoded microcosm of Yang’s art as a whole. The gold color is chosen for its associations with reality. The ways in which we perceive gold are indeed charged with meaning – i.e. the standard signifier of wealth, popularity, etc. In this Golden-H, a metal frame is attached to an aluminum plate. The sparks’ remains or traces left on the plate let us notice the intensity of light’s track on the surface. The heated white powder falls on the golden aluminum plate to form a layer of misty light. The metal frame, akin to prison bars, denotes isolation, as well as a shaped external tunnel towards the ‘golden world’, which the viewer can easily peer into. Interestingly, the context of Untitled (Stairs), and Wandering has an obscure quality, which further reflects one’s hesitation and entangled thoughts. Untitled (Stairs), draws our attention to the creative process itself whereby Yang uses his body to apply paint to the stairs.The subject literally interferes with the object: Yang’s stepping onto the stairs leaves his footprints which signal a certain indecisiveness of standing at a given spot. Wandering also taps into this concept of doubt. Yang experiments with chance occurrences, and the way the body interacts with the medium. His art thus embodies his own self: the materiality of the gold paint literally incorporates parts of his being –his feet, his hands. What we see is a tangible manifestation of the self.

The narrative underlying Yang’s body of work is imbedded in feeling. Yang’s emotions are hidden beneath the surface, woven together with personal stories and experiences. Although the works seem to quietly inhabit the space, they are infused with energy and inherent tensions. These symbolic forces underpinning the artworks bind them together as a series. Yang’s art may thus resonate as a cycle, in motion and tune with nature’s own energy. This solo exhibition highlights these links between the physial, emotional and social spheres. The works from different series offer us a glimpse of Yang’s visual concepts and the cognitive impact his art and finally merge as one to build up the artist
own context of art.

Yang Xinguang was born in Hunan in 1980. He graduated from China Central Academy of Fine Arts with a Bachelor's degree in 2007. He currently lives and works in Beijing. His exhibitions include: “The Big Bang” (White Rabbit Museum,Sydney, 2010); “Be natural, Be yourself” (FRAC des Pays de la Loire, France, 2011); “Super Organism CAFAM Biennale”(CAFAM, Beijing, 2011); “The First ‘CAFAM Future’ Exhibition: Sub-phenonmena: Report on the State of Chinese Young Art” (CAFAM, Beijing, 2012); “The 9th Shanghai Biennale” (Power Station of Art, Shanghai, 2012); “The 1st Montevideo Biennial” (Uruguay, 2012); and “ON | OFF: China's Young Artists in Concept and Practice” (Ullens Center for Contemporary Art, Beijing, 2013). And his works have been collected by Kadist Art Foundation (Paris and San Francisco), frac des Pays de la Loire (Nantes, France), etc.