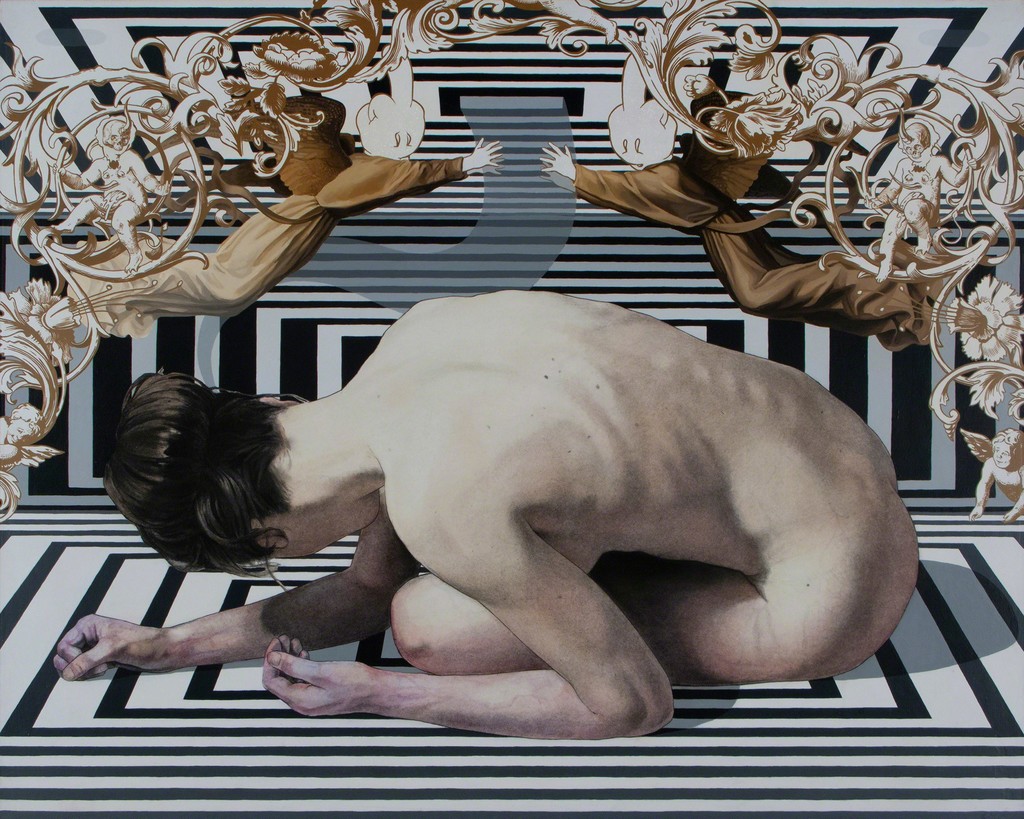 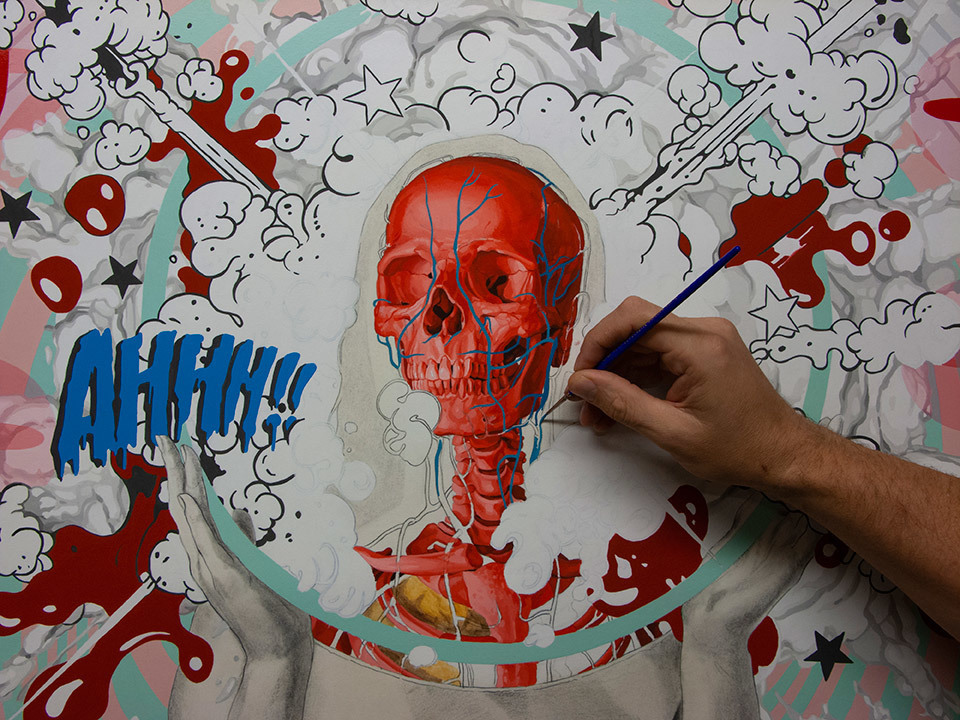 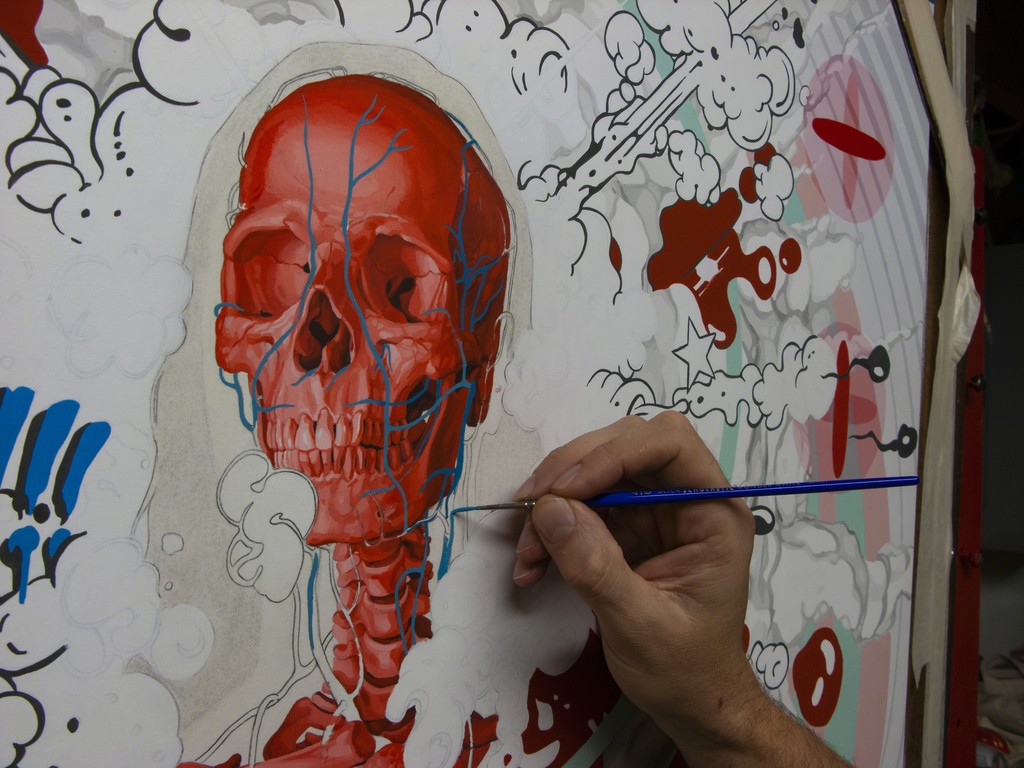 In his new solo exhibition The Big Fit, Michael Reedy presents a series of new Memento Mori inspired works imbued with a sense of sarcastic self awareness.

Michael Reedy feels that his works are inspired by the Latin statement Memento Mori; a remember that we all have to die. Skulls and other objects that serve as warnings or reminders of death are featured frequently. However, these images are often gripped by satire and surrender; a wry smile with a “woe is me”. These serious reminders of our impending demise are juxtaposed between clip-art Cherubs giving us the bird, vomiting demons, skull babies, floating brains, and organ ghosts. The narrative then becomes one of aging spectacularly – though not wanting to! When combined with an alien landscape full of hypno-spirals, cascading vortexes, and black holes – we find ourselves transported to another plane that is seriously trying to not take itself too seriously. This point-of-tension between hope and despair, humour and pain, and living and dying is infinitely interesting to Reedy – and represents his mindset every time he takes a look in the mirror and discovers another grey hair.

This exhibition runs from September 8 to September 30 and runs alongside Ronit Baranga’s Solo Show, ‘Tea Party’.