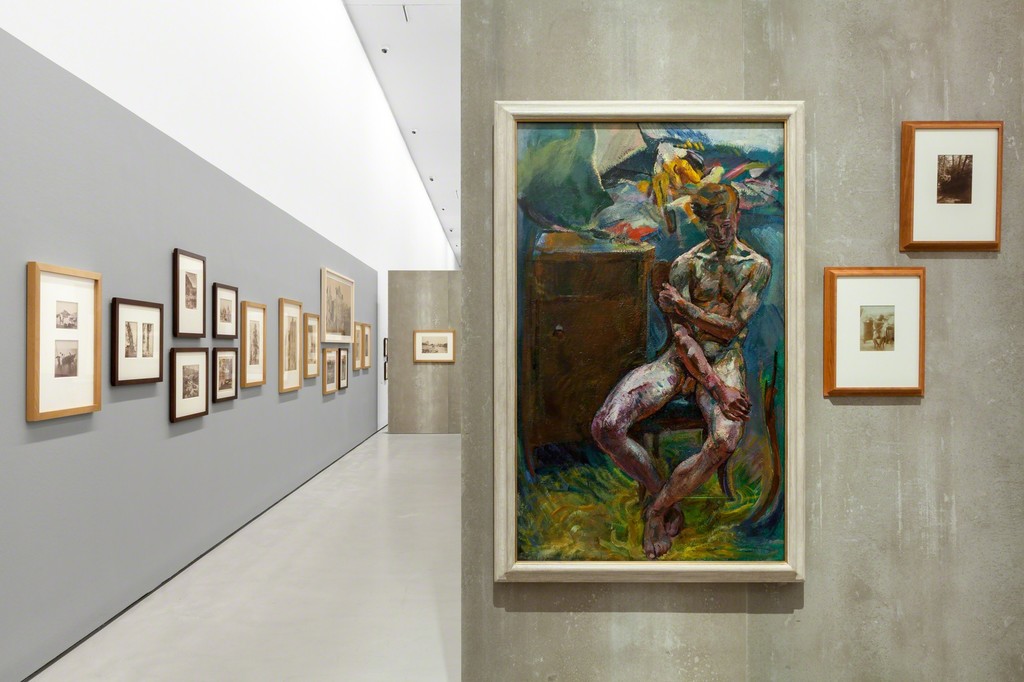 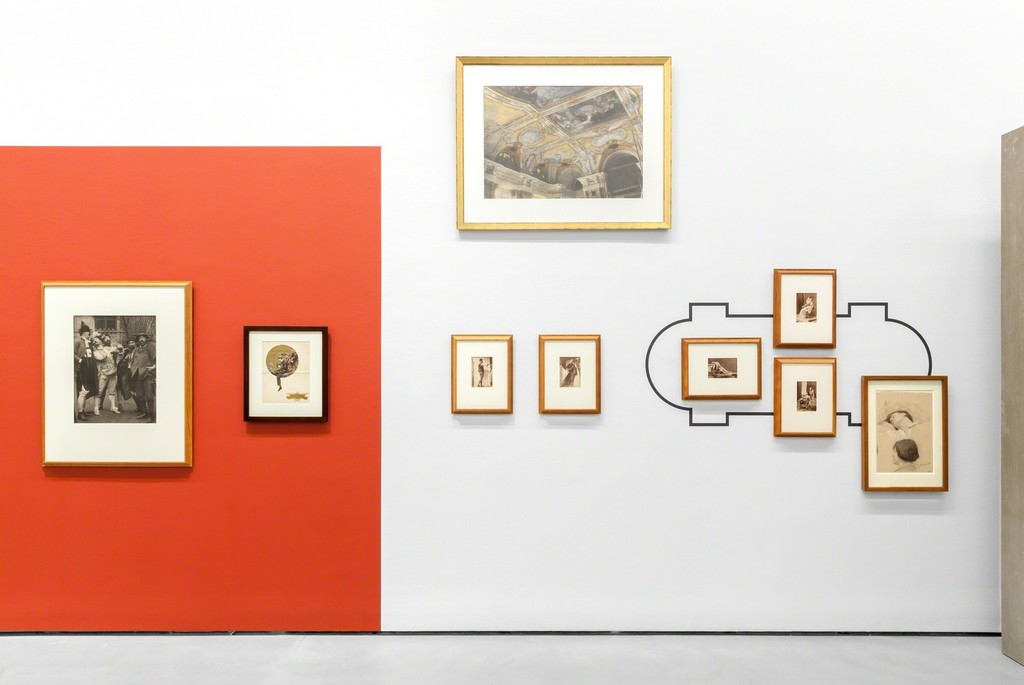 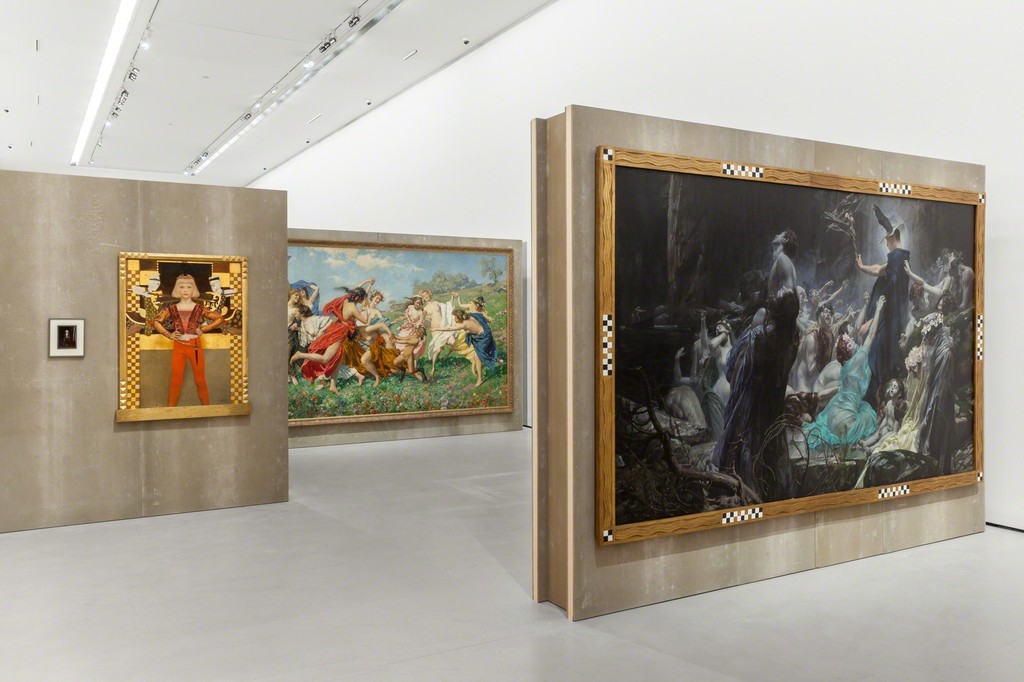 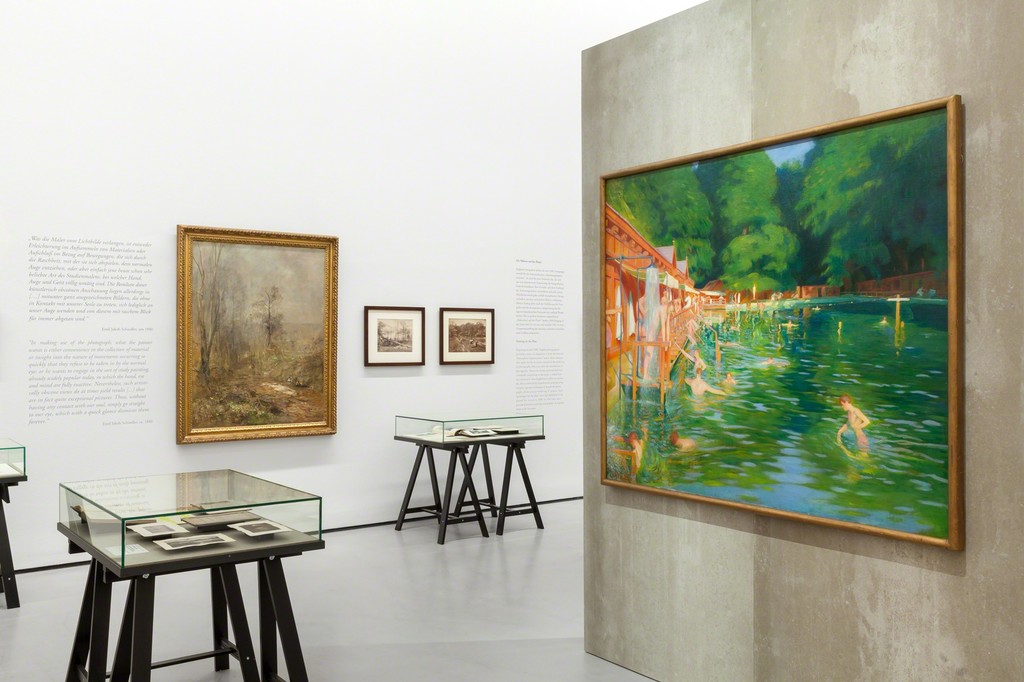 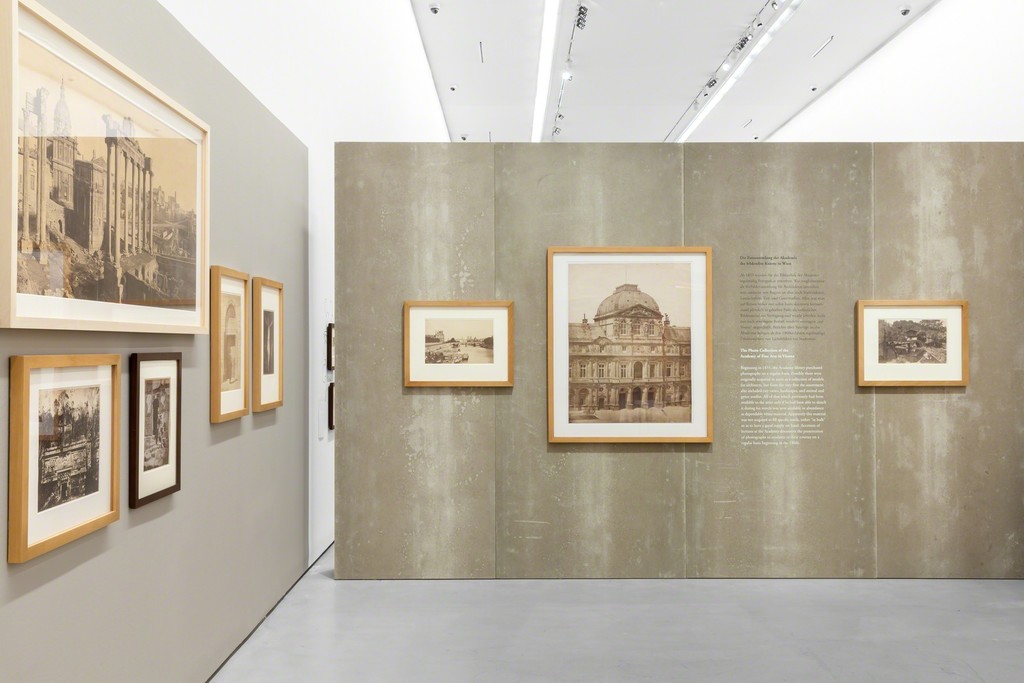 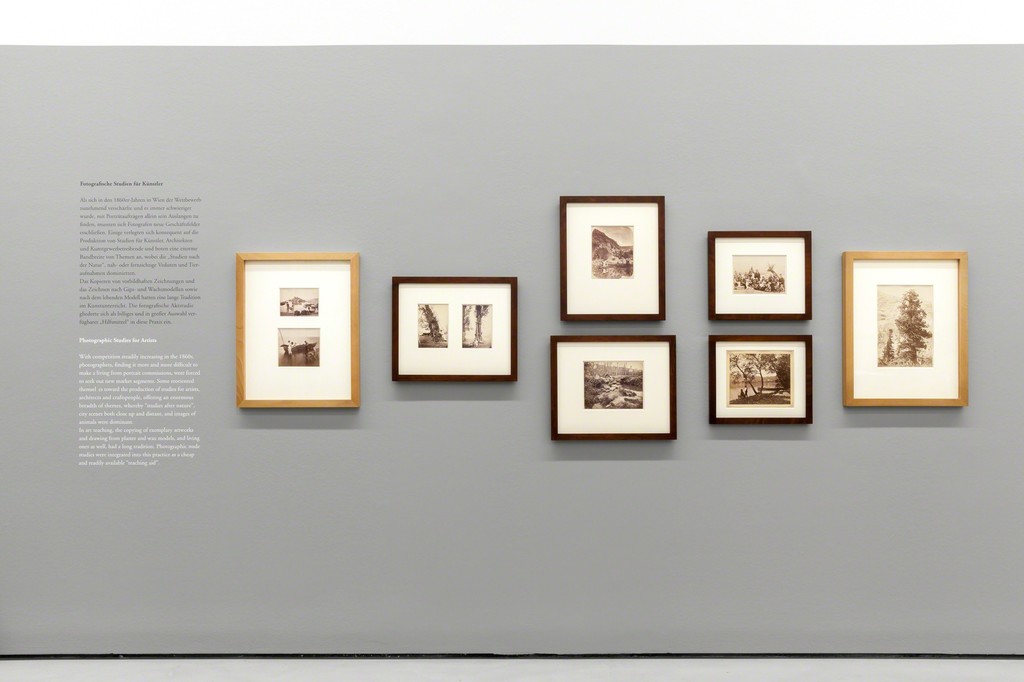 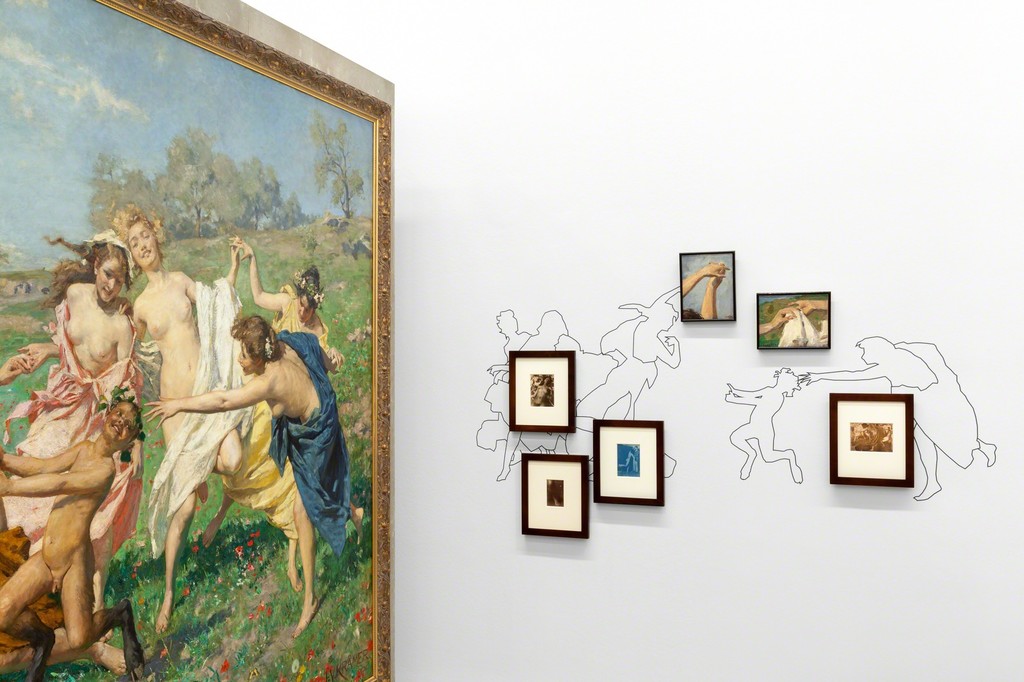 The invention of photography in 1839 was both fascinating and horrifying to artists. While portraitists had good reason to fear a drastic shrink in their market, others soon discovered the multiple possibilities of this new medium. They used it to disseminate their works in cheap reproductions and also to find out about international trends in art. Photographs soon became indispensable to artists as memory aids or as direct sources. Many artists learned to use a camera themselves or engaged professional photographers who thus found a new niche in the market. Artists avidly took photographs while travelling, in the studio, and as part of art tuition – seriously or for the fun of it – and the images they produced strayed far from conventions. The exhibition Inspiration Photography. From Makart to Klimt, on show in the Orangery at the Lower Belvedere from 17 June to 30 October 2016, addresses a subject that touches on a taboo. The phenomenon will be illustrated by several “case studies” grouped into three themes: painters collect photographs, painters use photographs, painters take photographs.

Although it was widely known among contemporaries that painters from Hans Makart to Gustav Klimt and the Künstler-Compagnie had a penchant for photography, that it was practised and collected at the Vienna academy, after 1900 this was no longer openly discussed. The accustomed playful and creative approach to the medium was lost precisely at a time when the Vienna Secession first exhibited photographs as artworks in their own right.

“The Belvedere is pleased to have Monika Faber, an expert with profound knowledge of historical photography, as curator of the exhibition Inspiration Photography. From Makart to Klimt. The arrangement of works in the exhibition gives visitors the possibility to explore the varied relations between painting and photography – the use of the new medium was connected to feelings of fear, fascination and inspiration while at the same time it shows surprisingly playful approaches.

We are faced with the fact that there is no need to pose the question of which individuals explored this new medium and used it for their purposes. It was a universal phenomenon and is just waiting to be evaluated in further research,” says Agnes Husslein-Arco, Director of the Belvedere and 21er Haus.

Inspiration Photography: How this new technology was used in art

An interest in the technical image pervades the entire spectrum of painting in the nineteenth century. Photography was used by artists specializing in history or Orientalist painting, painters who worked in the style of “Atmospheric Impressionism” or Symbolism, and creators of decorative interior schemes, stately portraits, and intimate genre scenes. The initial, not entirely unfounded, fears about visual art being marginalized by technology changed as artists ingeniously integrated these new possibilities into the creative processes behind their artworks. In the exhibition, numerous examples will demonstrate, for the first time, Austrian artists’ creativity in this field.

Even early on, the small daguerreotypes – unique pieces with their mirror-like surfaces and fascinating, precise images – were used by artists like Josef Kriehuber as a resource for printed portraits. But it was not until the 1850s and the emergence of the paper photograph that painters found truly new ways of using photography in their work. Difficulties in recording details in photographs meant that artists were still needed as retouchers, but soon Carl Rahl and Friedrich von Amerling were photographing their own sketches to rework them using colour. As they could be duplicated, photos transformed a sketch into a starting point for a number of different coloured versions. Even established masters such as Franz Alt did not reject painting on photographs purchased especially for the purpose. And, from the mid-1850s, the Academy of Fine Arts in Vienna collected high quality photographs from the Habsburg Empire and abroad. Furthermore, artists who studied the latest trends in painting in France or Munich automatically learned to appreciate photography and use it as a source of inspiration or education.

“Many contemporary sources prove that from 1875/80 artists were reaching for the camera at the very start of their careers as painters. Although photography was not part of the official training at the Academy of Fine Arts in Vienna, Leopold Carl Müller, for instance, seems to have taught his students his own practice of photographing models’ poses as a memory aid or direct source,” says curator Monika Faber.

Hans Makart as well as the Orientalist painter Leopold Carl Müller freely used photography. In 1875/76, while they were both in Cairo, the “photographic machine was continuously in use”, as one journalist reported home. They captured architecture and studies of people, nudes, and group portraits as memory aids, resource material, or simply for pure enjoyment. There is no way of knowing exactly who was the photographer behind each image. Although during his youth Makart had helped out at a photo studio in Salzburg and it is known that Müller took photographs later on, the artists must have enlisted “professional” help in Egypt as the procedure of early photography was both tiring and time-consuming. Not much later, however, the technology was simplified significantly and artists often had “a small camera” to take snapshots of scenes that struck them. As countless examples from Alfred Roller to Artur Nikodem reveal, many of them knew how to use a camera with a freedom that professional photographers or the snap-happy aficionado lacked.

The camera in the studio

A completely different category is represented by the staged images showing artists trying out particular poses, costumes and accessories, for example by the young Gustav Klimt, Adolf Hirémy-Hirschl, and Johann Viktor Krämer. More and more of these photos are emerging from artists’ estates. The camera could document a pose more quickly than any pencil and capture it as a study or source, albeit without the mythological, historical or allegorical context. What appeared at that time before the camera in terms of trumpeting angels (on mattresses rather than clouds), heroic warriors (holding picture frames instead of shields) or costumed mannequins, today transports us to a surreal world where facts and dreams, fantasies and prosaic details merge in an exciting way. It is a world that bears no relation to our usual image of the nineteenth century.

With approximately thirty paintings, thirty drawings and prints, two nineteenth-century cameras, and roughly two hundred photographs, this exhibition at the Orangery shows how artists used the medium of photography for their work from the mid-nineteenth century into the twentieth century. Photo historian Monika Faber’s selection was based on works from the Belvedere’s collections and this has shed new light on the process behind their creation. From Carl Rahl to Gustav Klimt, from Friedrich von Amerling to Franz Matsch, from August von Pettenkofen to Emil Jakob Schindler, and from Hans Makart to Anton Kolig there was a vast spectrum of artists who explored photography in completely different ways.

This unusual juxtaposition presents a unique opportunity to enjoy glimpses into painters’ studios and provides new insights into the creation process behind their paintings.