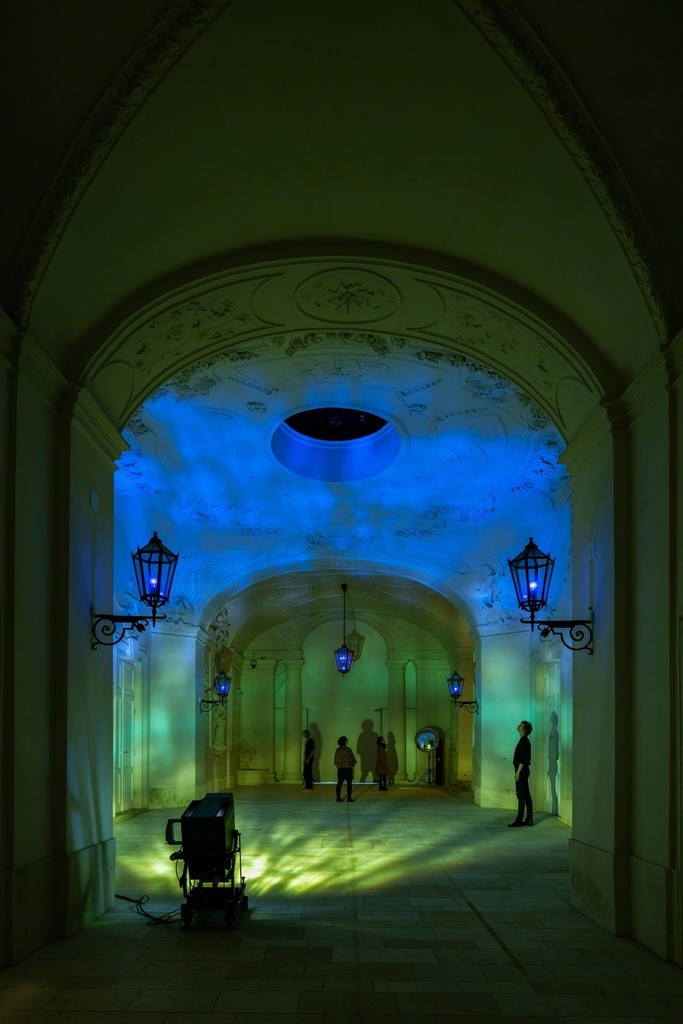 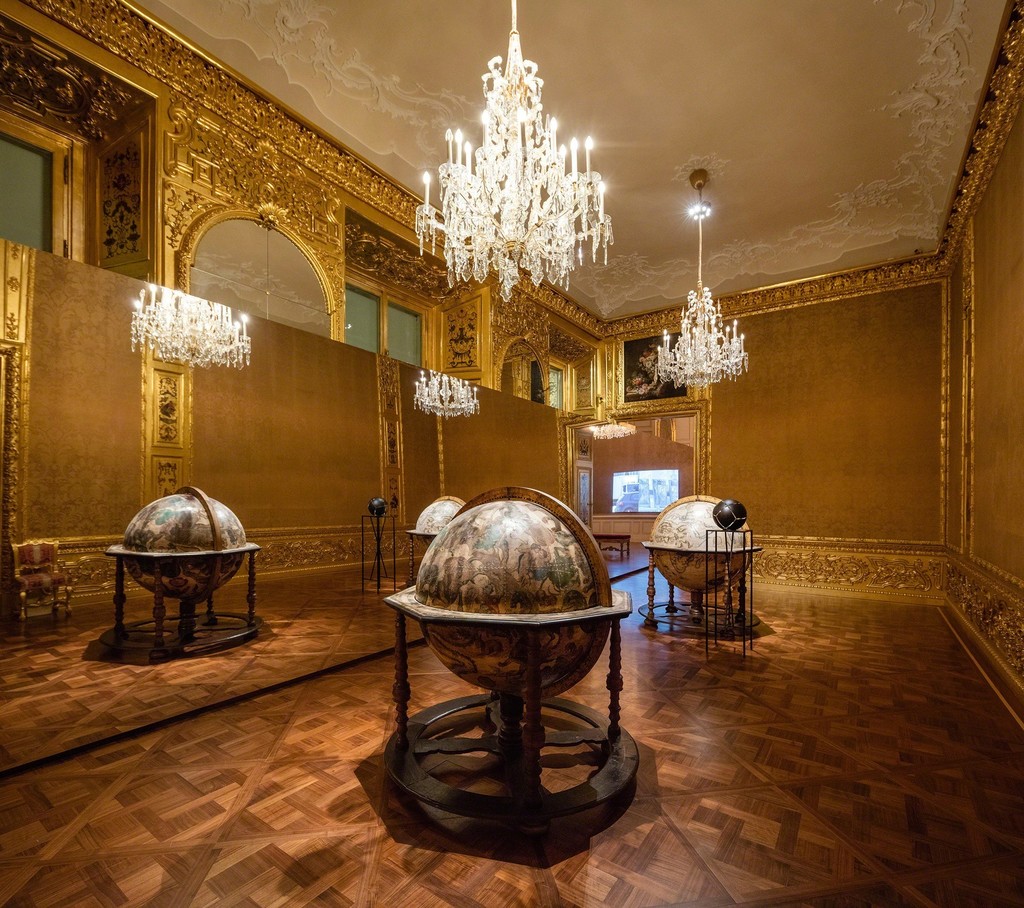 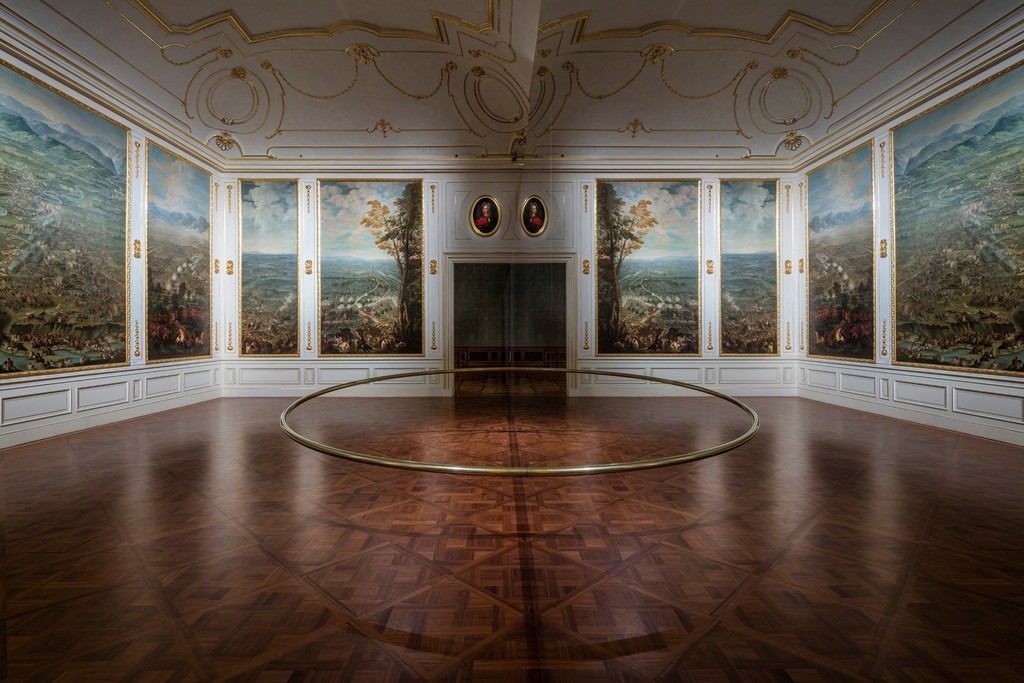 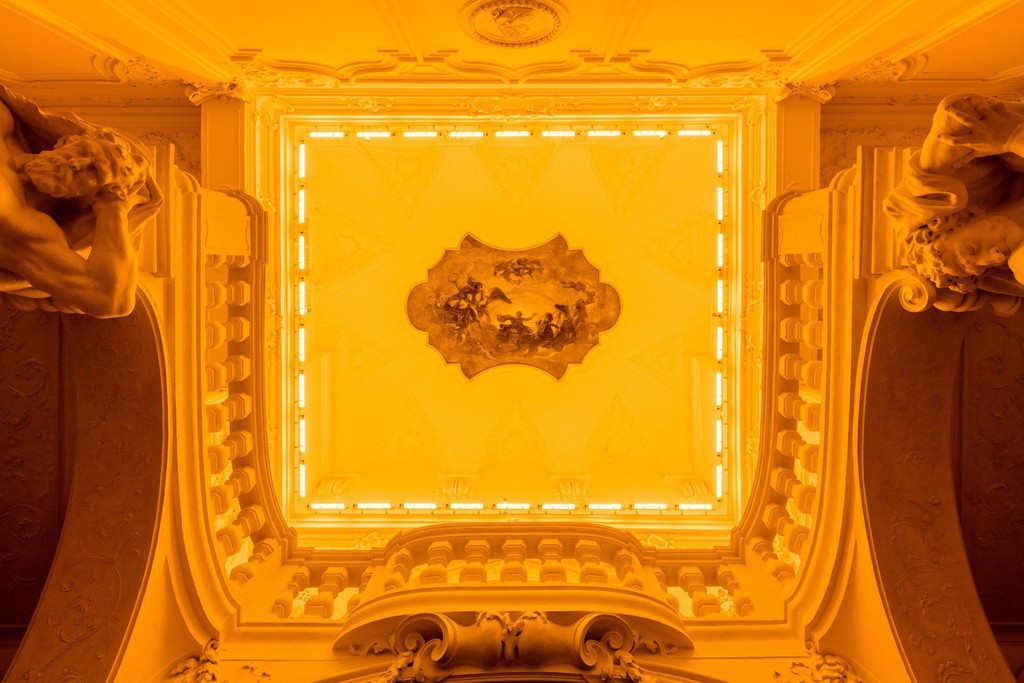 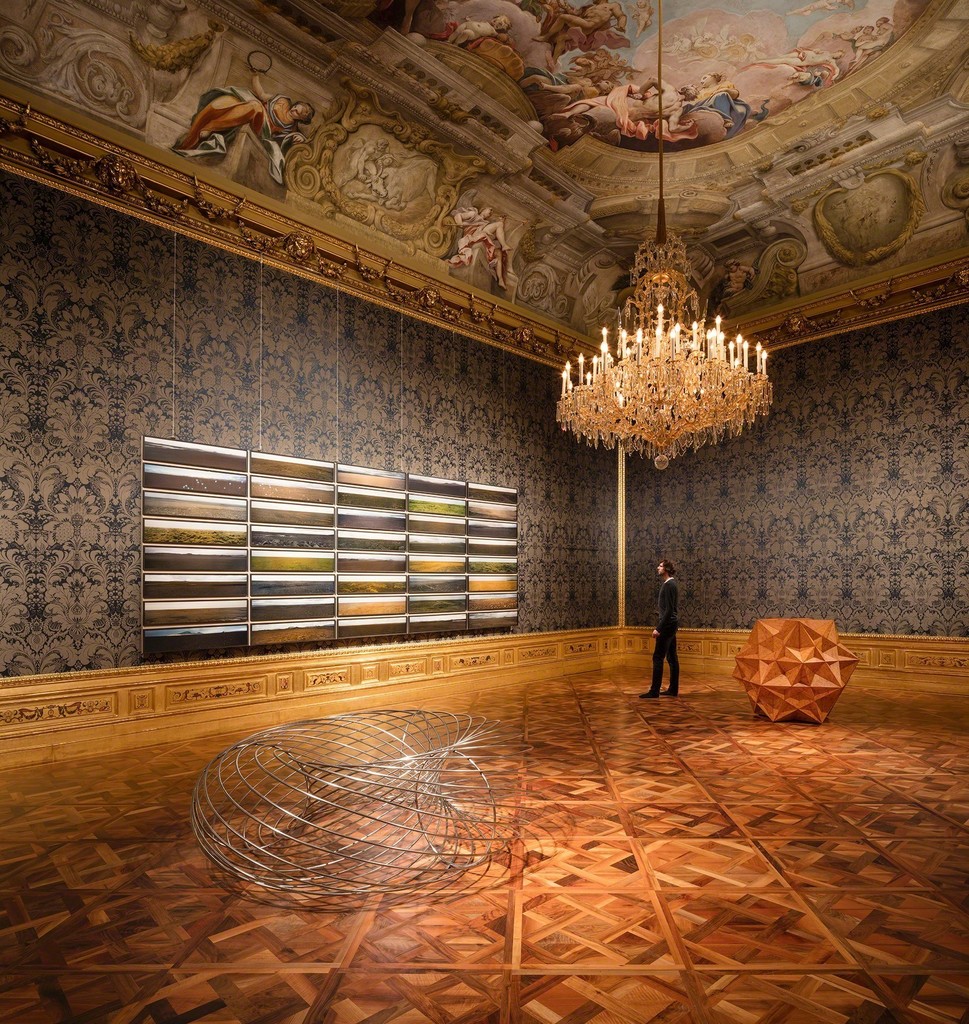 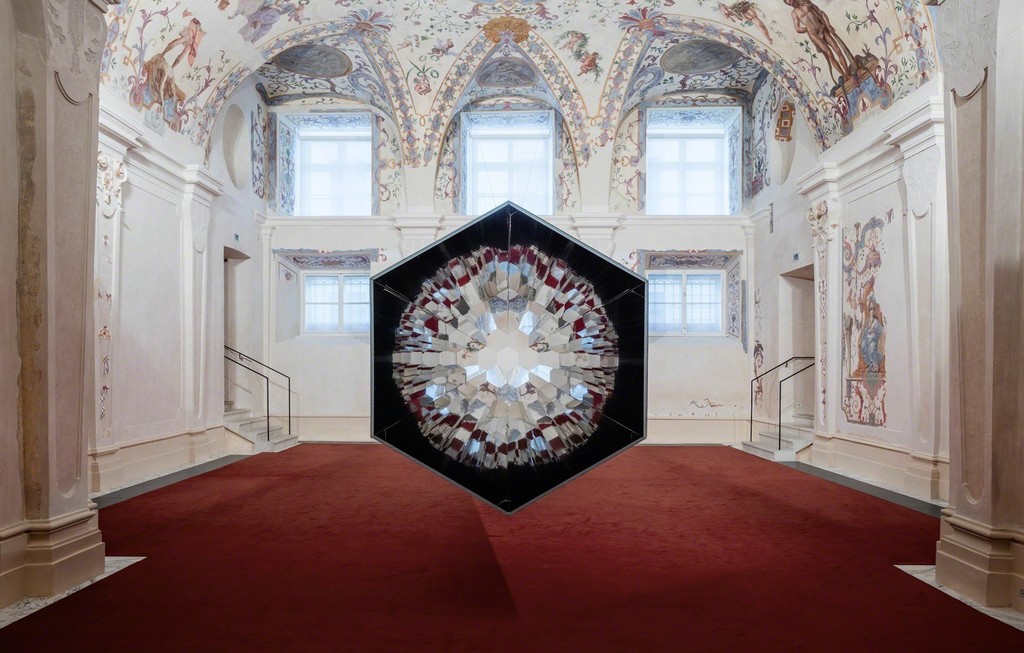 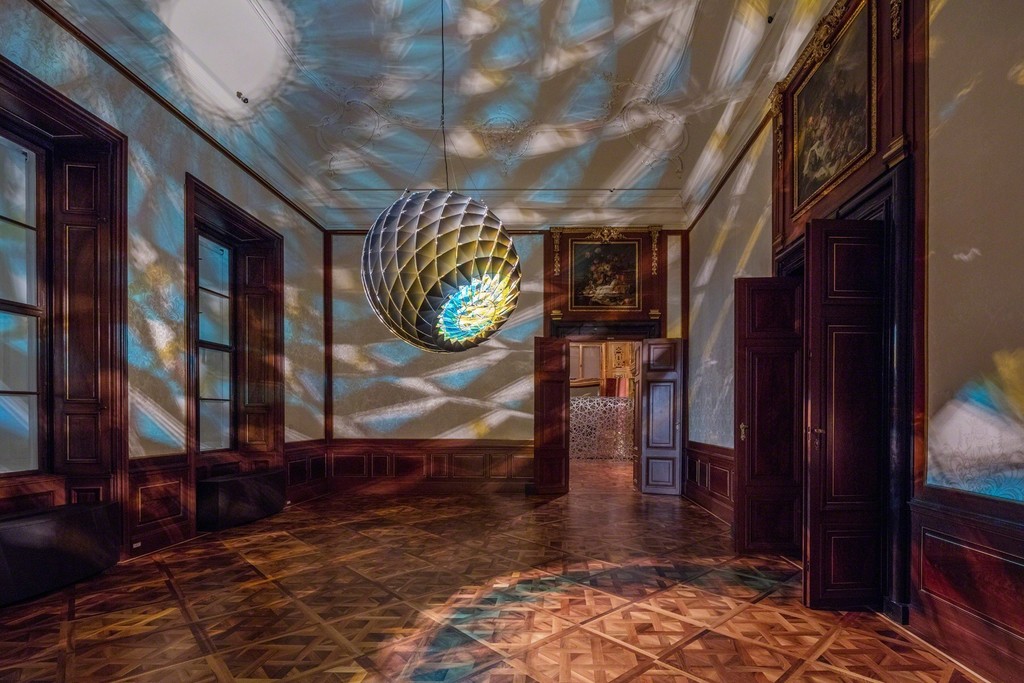 Belvedere and Thyssen-Bornemisza Art Contemporary (TBA21) are pleased to announce their upcoming exhibition with the Danish Icelandic artist Olafur Eliasson. Conceived by Francesca von Habsburg in collaboration with Agnes Husslein, BAROQUE BAROQUE is an ambitious venture that brings together and reconnects some of Eliasson’s most distinguished works from the holdings of TBA21 and the Juan and Patricia Vergez Collection. The overview of artworks from two decades of Eliasson’s artistic practice will explore the affinities between his work and the extraordinary baroque setting of the Belvedere’s Winter Palace of Prince Eugene of Savoy in Vienna.

Alongside these works, new site-specific interventions will activate and articulate the historical ensemble, establishing a dialogue between the volubility of the baroque architecture and the modulating perception provided by Eliasson’s artworks. Eliasson says, “I find it inspiring that the baroque exhibited such confidence in the fluidity of the boundaries
between models of reality and, simply, reality. The presentation of my works at the Winter Palace is based on trust in the possibility of constructing reality according to our shared dreams and desires and on faith in the idea that constructions and models are as real as anything.”
Over the last decades, Eliasson has probed the cognitive and cultural aspects of seeing, stressing the relativity of reality. Transcending the confines of art, his heterogeneous, thought-provoking body of work ranges from discrete interventions to large-scale installations and employs diverse frames of reference from the natural sciences, psychology, and philosophy to challenge the normative and internalized ways in which we perceive our surroundings. In works that make use of motion, projections, shadows, and reflections,
Eliasson renders visible the elliptical relationships between body, perception, and representation. Ephemeral materials—including light, reflections, water, wave patterns, and air—are brought into conversation with the spaces of the exhibition and with viewers, who become protagonists of the engaging scenarios. Eliasson plays elegantly with visual illusion, with the liminal and the ephemeral, and with the material and the immaterial, using extroversion and introspection to resonate with cosmological ideas; his works relate
strongly to notions of transformation and artifice inherent in the concept of the baroque. As an epoch of great turmoil, the baroque saw revolutionary optical and scientific discoveries as well as a blossoming of interest in the phantasmagoric and the occult. The baroque is here understood as a prolific process of constant reformulation; the tension between light and dark, knowledge and speculation, and rationality and spirituality opens up unexpected, “other” spaces of potentiality and transformation. The commissioner and original inhabitant of the Winter Palace, Prince Eugene of Savoy, was a visionary with magnificent taste and unrivaled interests in architecture, design, and art that were matched by his passion for the sciences, including mineralogy and astronomy. Prince Eugene was, like Olafur Eliasson, a man of tremendous vision who loved to embellish but also to discover, to invent, to publish, to create, and to provoke.

About the artist
The Danish Icelandic artist Olafur Eliasson (born 1967) works in a wide variety of mediums, including installation, painting, sculpture, photography, and film. Since 1997 his critically acclaimed solo shows have appeared in major museums around the world, such as the Museum of Modern Art, New York, and Tate Modern, London, and in major international exhibitions such as the Venice Biennale. In 2003 The weather project, installed in the Turbine Hall of Tate Modern, was seen by more than two million people. Eliasson’s projects in public spaces include Camera obscura für die Donau, Austria (2004); Your black horizon, commissioned by TBA21 and installed in a pavilion designed by David Adjaye at Lopud, Croatia (2005); The New York City Waterfalls (2008); Your rainbow panorama, a 150-meter circular colored-glass walkway situated on top of ARoS Museum in Aarhus, Denmark (2006–11); and Cirkelbroen (The circle bridge), Copenhagen (2015). In 2006 Eliasson was awarded the Austrian Frederick and Lillian Kiesler Prize
for Architecture and Art.
Established in 1995, Eliasson’s Berlin studio today employs about ninety craftsmen, specialized technicians, architects, archivists, administrators, and cooks. They work with Eliasson to experiment and to develop and produce artworks and exhibitions, as well as to archive and communicate his work, digitally and in print. In addition to realizing artworks in-house, the studio contracts with structural engineers and other specialists and collaborates worldwide with cultural practitioners, policy makers, and scientists. It regularly hosts workshops and events in order to further artistic and intellectual exchanges with people and institutions outside the art world.
From 2009 to 2014 Eliasson led the Institut für Raumexperimente (Institute for Spatial Experiments), a fiveyear experiment in arts education affiliated with the Berlin University of the Arts. He is currently adjunct professor at the Alle School of Fine Arts and Design in Addis Ababa, Ethiopia. Since 2012 Eliasson has directed the social business Little Sun, together with the engineer Frederik Ottesen, which produces and distributes solar lamps for use in off-grid communities. Eliasson lives and works in Copenhagen and Berlin.
www.olafureliasson.net

Belvedere–The Winter Palace of Prince Eugene of Savoy
Prince Eugene’s Winter Palace is one of the most magnificent baroque edifices in Vienna and is the fourth exhibition venue of the Austrian Gallery Belvedere. Originally built as a lavish urban residence for Prince Eugene of Savoy (1663–1736), then acquired in the eighteenth century by Empress Maria Theresa before being used for the Court Treasury and later as the Ministry of Finance, this baroque palace underwent extensive renovation before reopening as a public museum in October 2013. Since then the Belvedere has staged numerous exhibitions at the Winter Palace, placing particular emphasis on programs and projects that create a dialogue between the baroque setting and contemporary art. Artistic interventions result in inspiring new artworks created in situ that draw on the palace’s unique ambience and history. Vital starting points have been the city palace’s architecture, the prince’s former collections, and the holdings of the Belvedere.

About TBA21
Founded in 2002 by Francesca von Habsburg in Vienna, Thyssen-Bornemisza Art Contemporary (TBA21) represents the fourth generation of the Thyssen family’s commitment to the arts. The foundation is dedicated primarily to the commissioning and dissemination of ambitious, experimental, and unconventional projects that defy traditional categorizations. This approach has gained the collection a pioneering reputation throughout the world. The foundation’s projects promote artistic practices that are architectural, context- and site-specific, performative, and often informed by an interest in social aesthetics and environmental concerns. Many of the projects reflect the shift to transdisciplinary practices embracing architecture, sound, music, and science.