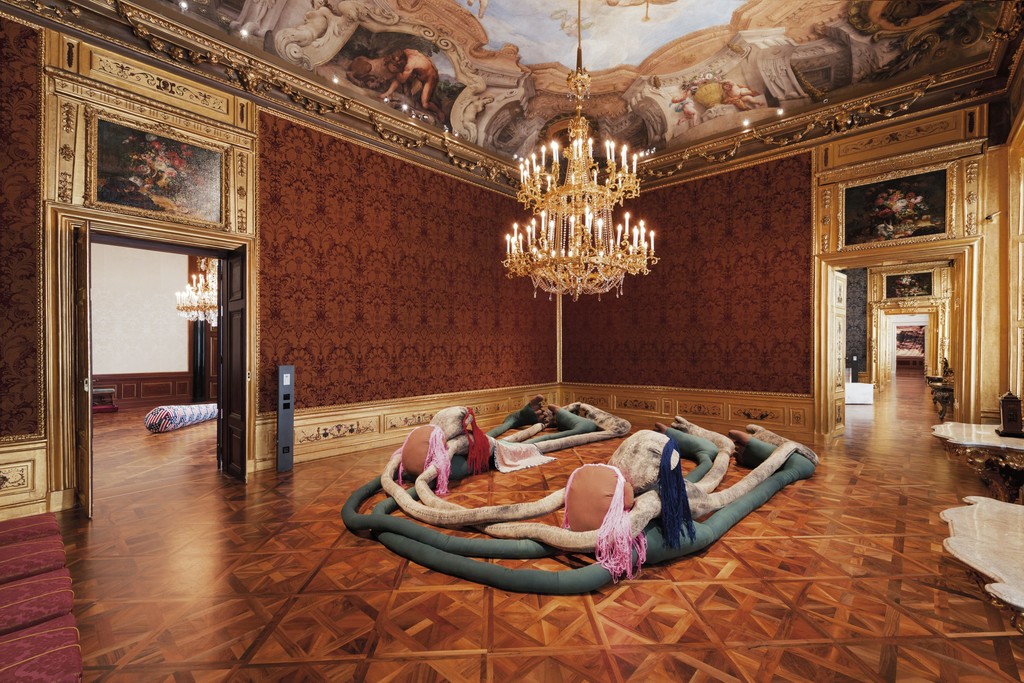 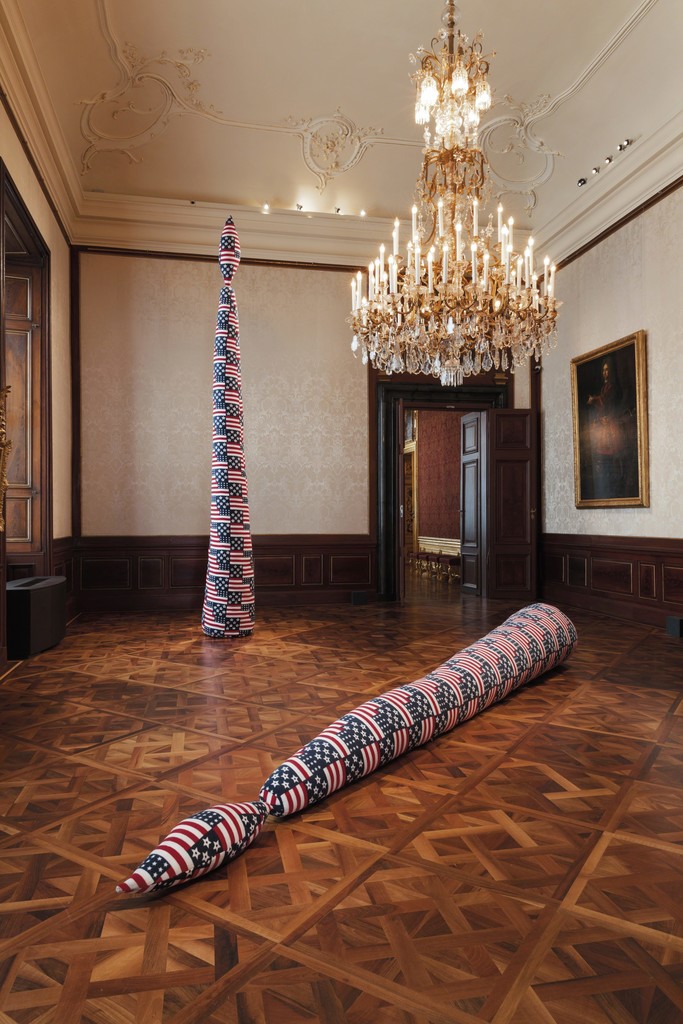 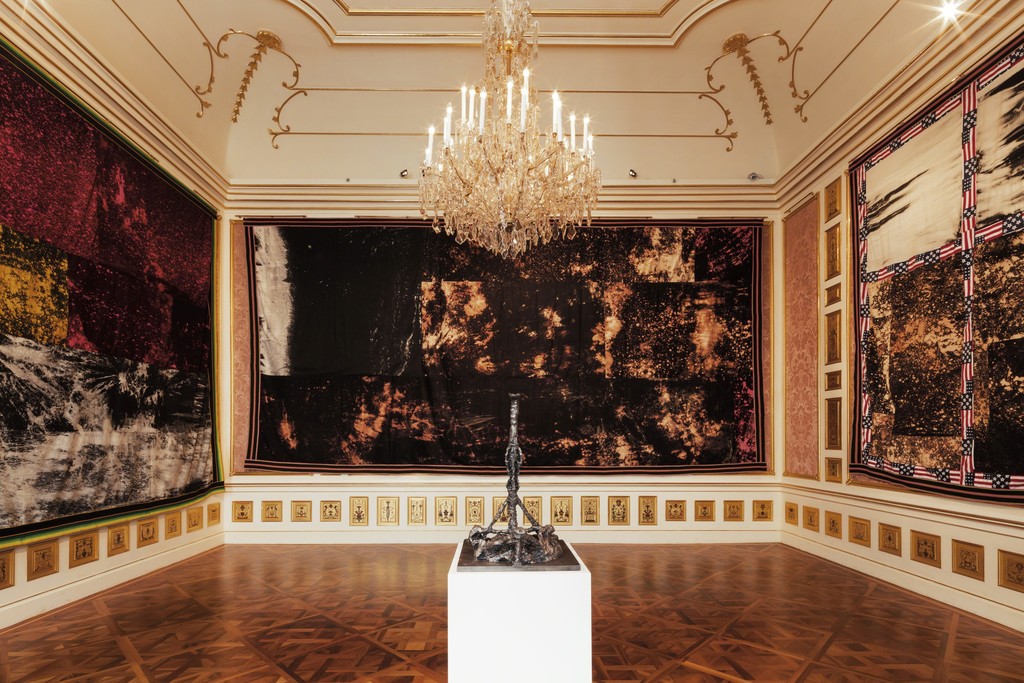 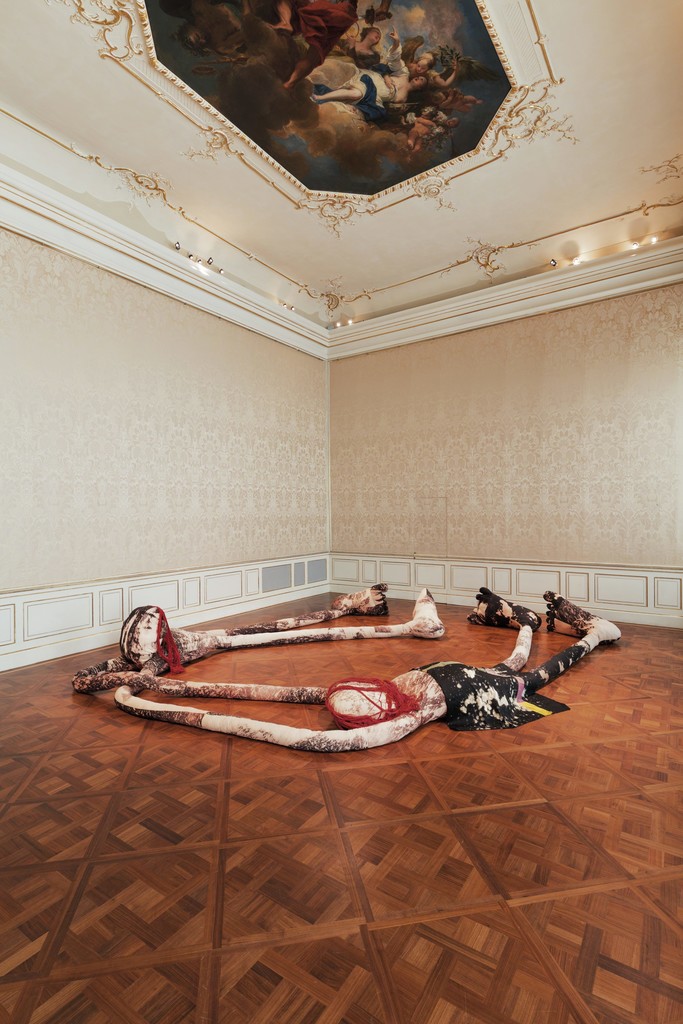 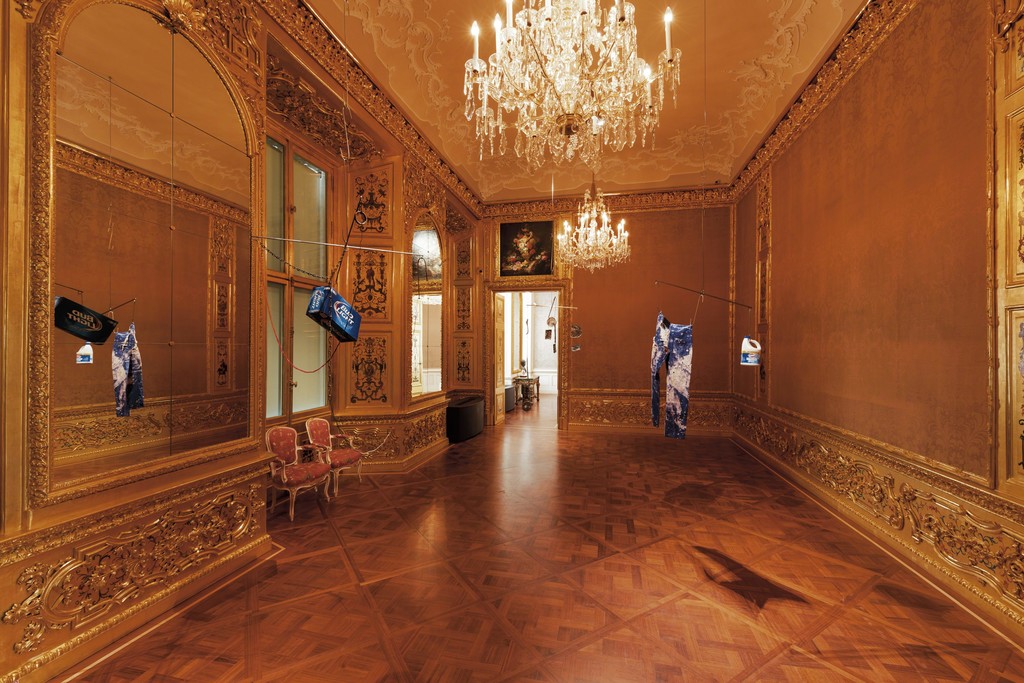 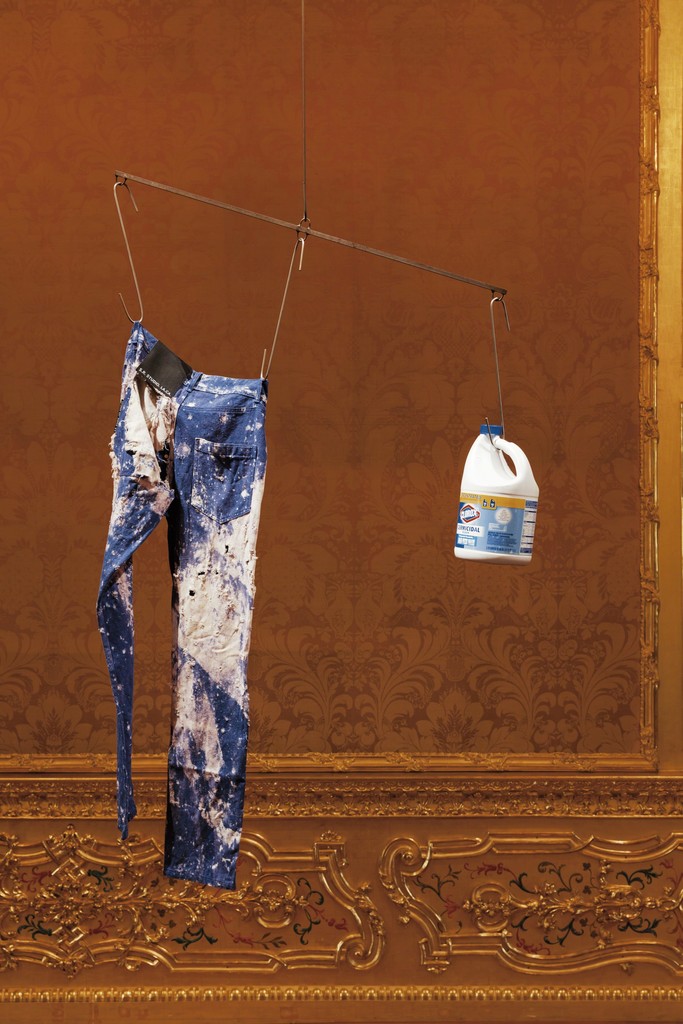 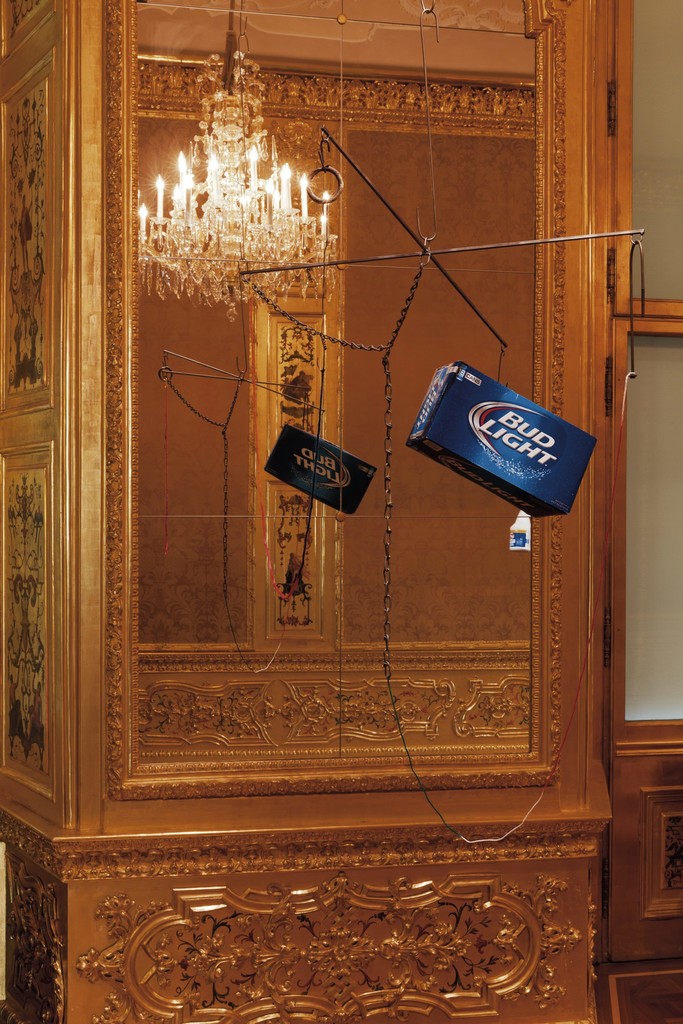 From July 8 to October 16, 2016, the stately baroque rooms of the Winterpalais are providing the backdrop for the first major European survey of the American artist, Sterling Ruby (born 1972). Known not only in hometown, Los Angeles, but also internationally, Ruby is heralded as one of the most fascinating and controversial artists of his generation.

He's presenting works made over the last decade that include sculptures in ceramic, bronze, steel and urethane. His Soft Sculptures, hanging mobiles and a new series of tapestries can also be seen. The focus of the show deals with military imperialism and the rhetoric of war as a clear homage to the man responsible for the construction of the Winterpalais, Prince Eugene of Savoy.

"Throughout his diverse oeuvre, Sterling Ruby tends to engage with subjects that some may consider uncomfortable. Alongside autobiographical aspects, his works also address socio-political grievances, societal problems and violence. I am particularly pleased that Ruby will follow Olafur Eliasson as already the second artist who has accepted the challenge to design works specifically for the Winterpalais. The resulting contemporary situational works present a symbiosis with the stately rooms and the history of this house, which is quite unique,” said Director of the Belvedere and the 21er Haus, Agnes Husslein-Arco.

According to the exhibition’s curator, Mario Codognato: “Sterling Ruby’s works use, represent, and at the same time effectively condemn aggression – a forced and explosive occupation. The way in which the traditional materials of art, from canvas to ceramic, iron to bronze, are attacked and blown up in a violated, wounded, splattered image, is reminiscent of the devastating brutality of attack and destruction.”

It is in fact collage and its potential for disorientation and dissonance which appears to permeate the entire corpus of Sterling Ruby’s work. He takes over materials, techniques, images and objets trouvés, idioms and slang, static equilibriums, ratios of force and construction models, to then overturn their meaning and appearance in order to form completely new and independent visual aggregates and apparatuses. Exemplary in this process are the SCALES, mobiles which dismember and free objects from their mass and their weight by suspending them from the ceiling. Steel fragments and chains that form beautifully drawn arches are combined with drug test kits, bottles of bleach, trash cans and packaging materials. In these three-dimensional collage works, Ruby recalls both Alexander Calder and Bruce Nauman.

Also on view are sculptures from the series ACTS – the artist’s acronym for Absolute Contempt for Total Serenity. In these works liquid ink is poured into transparent urethane blocks. These blocks "rest" on Formica pedestals in a way that negates their supposed gravity and weight. On the other hand, the metal sculptures in his series known as MS refer to guns and models of skyscrapers in their reduced welded aesthetic.

The huge tapestries on view were made exclusively for the Winterpalais. These FLAGS are made of bleached denim and canvas dyed in bright pink, yellow, blue and red. Up to seven meters long, the tapestries fluctuate between painting and handicraft, simultaneously quoting the American flag, Robert Rauschenberg’s post-modern compositions and traditional Amish quilts. The exhibition includes two ceramic works, Basin Theology/FFMRC from the series called Basin Theology, as well as Sandal; which presents a sandal with its tattered edges, the impression of five toes appearing deeply born into the sole, having been worn away by flesh over time, the imprint of which seems to have been solidified like a fossil.

Visitors are invited to share their photos using #SterlingRuby and #Winterpalais.