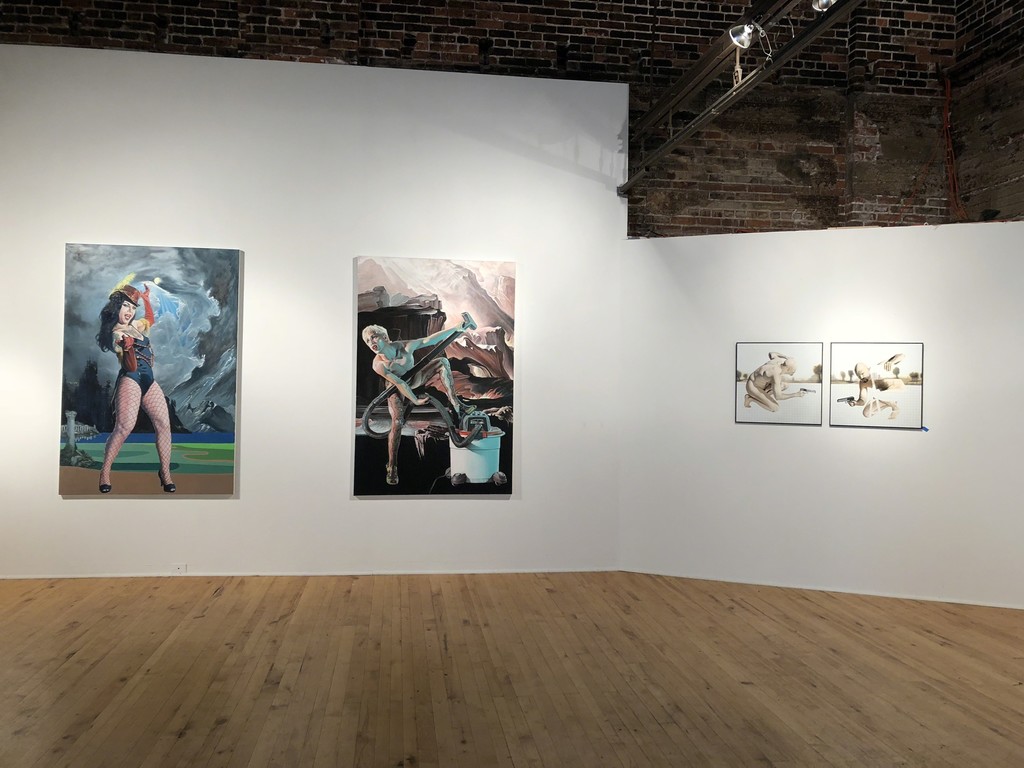 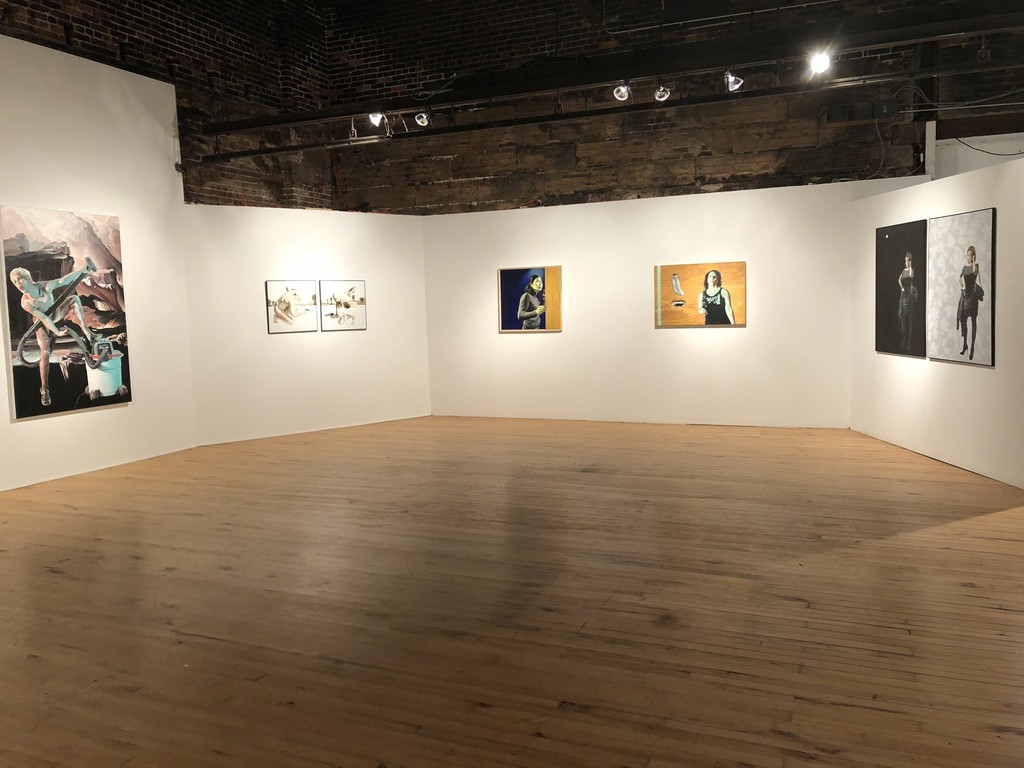 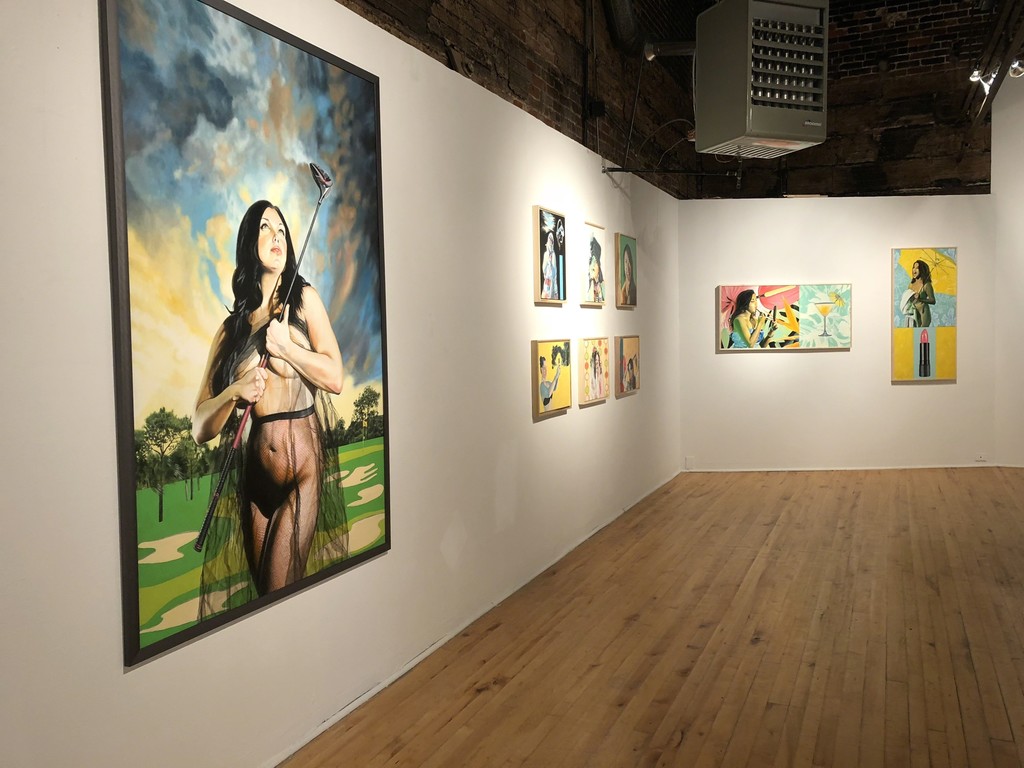 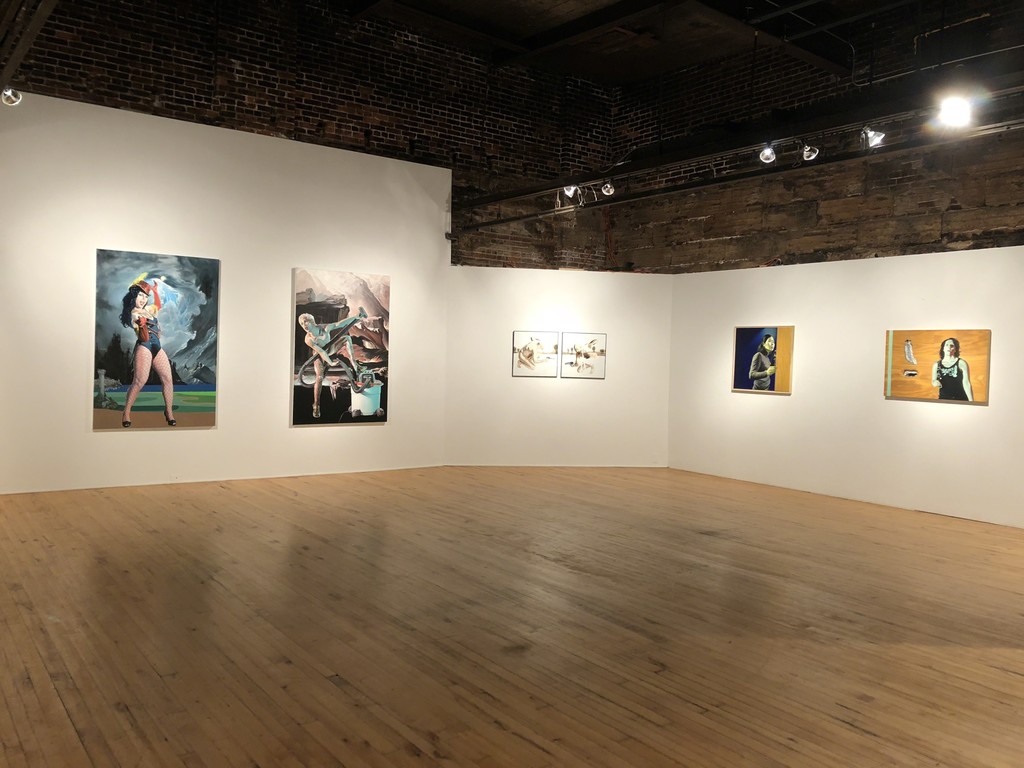 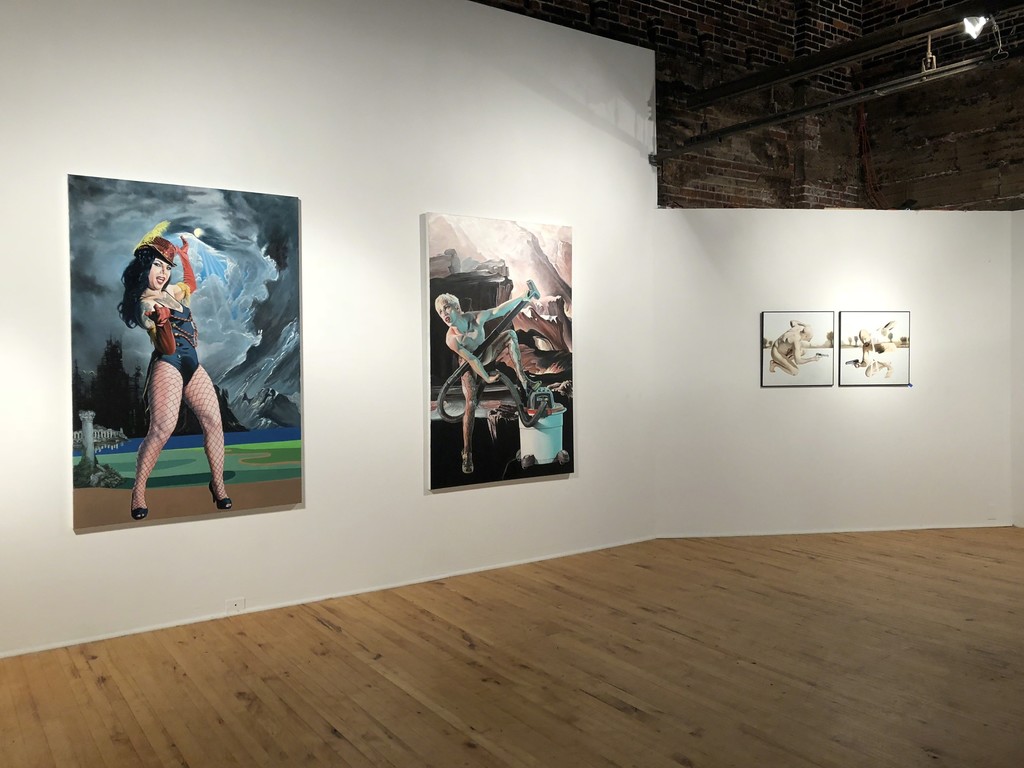 It has been quite a while since Bruce Adams has had a solo exhibition in Western New York. Since the artist’s major show Myth’s and Lies at The Castellani Museum in 2014, Adams has been creating new work. Individual paintings have appeared in local and national group shows, but most of the work has remained out of view in the studio.

This new body of work is slated for an exhibition at the long awaited Benjaman Contemporary Gallery, which has been in the works since 2014. The gallery’s expansion plans are a small but integral part of a larger adaptive reuse project on the grounds of the former Richmond Ferry Methodist Church on the westside of Buffalo. After years of financial and legal setbacks, plans for the new gallery space are finally moving forward, but the actual opening date is still 18 months out.

In the three plus years since Benjaman Gallery Director Emily Tucker and Adams hatched plans for an exhibition in the new gallery space, Adams has amassed a body of work that has grown too large for a single exhibition. This work, which the artist has named Untitled, focuses more on process than a single underlying construct. With that freedom came a body of work that is constantly evolving. “We took a look at the work as a whole and realized that not only was there enough successful pieces to fill two gallery spaces, but that two distinct bodies of work had arisen,” Tucker explains.

The first part of Adam’s Untitled exhibitions will open at Big Orbit Gallery this summer on June 23 from 7:00 - 10:00 pm. Not only is Big Orbit in close proximity to the eventual site of Benjaman Contemporary Gallery but it has a similar aesthetic. “The openness and height of the ceilings are comparable to the plans for my new space,” Tucker says. She and her colleagues from Resource:Art successfully utilized the space earlier this year for an exhibition featuring Ian de Beer and Craig Shepherd.

The complex multifaceted paintings featured in Untitled (Part 1), reference a variety of sources, interests, and personal penchants of the artist, including historic portrait and landscape painting, movies, gender identity, the male gaze, and graphic design. Adams views his models as collaborators in the process. Friends and acquaintances who volunteer as subjects, bring elements of their personality and an improvisational component to the work, resulting in paintings that evoke multiple interpretations and narratives for the viewer.

“When the second portion of the exhibition (slated for 2019) opens, we will provide a catalog of the entire series,” Tucker says. “It will be a way for people to see the work as a whole and how it has continued to evolve.” Untitled (Part 1) will be on view at Big Orbit Gallery through August 4. The exhibition will be open by appointment only. An artist conversation will be announced during the run of the exhibition.