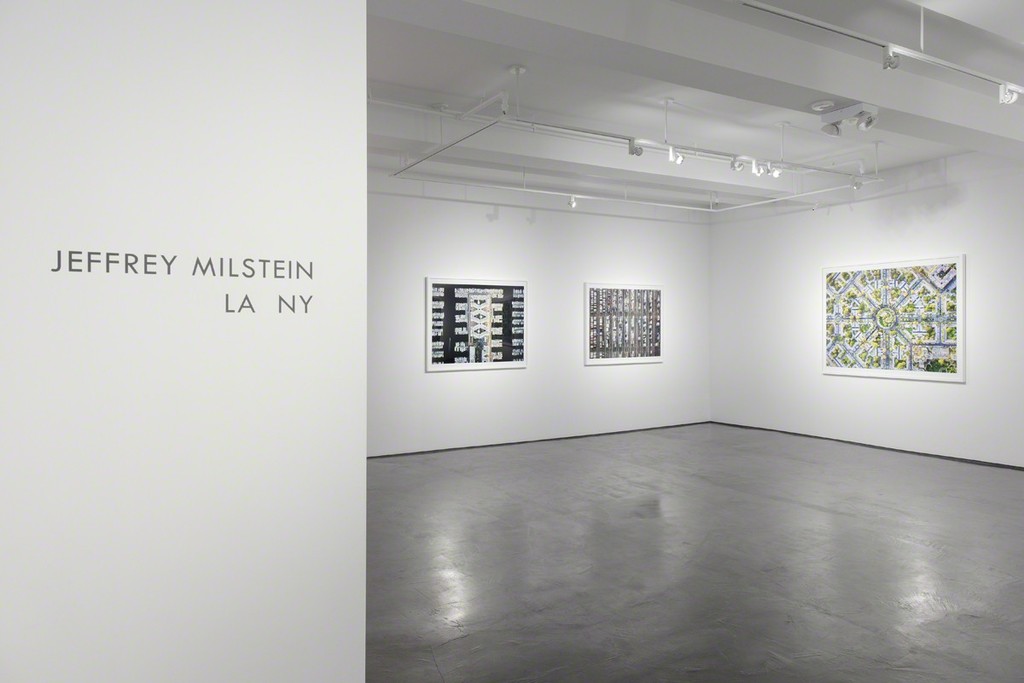 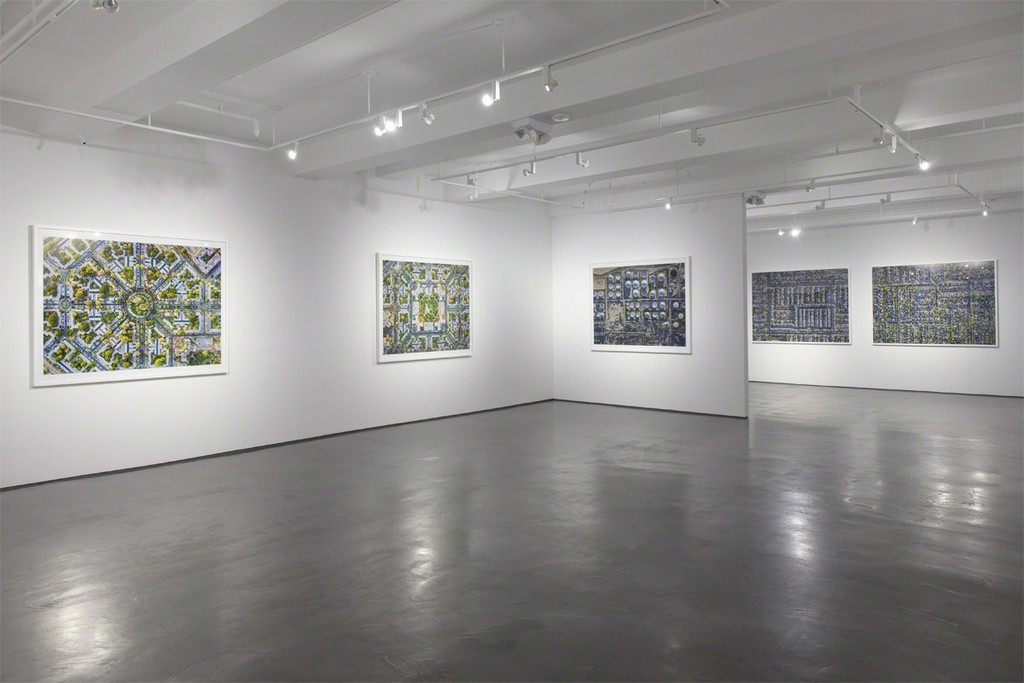 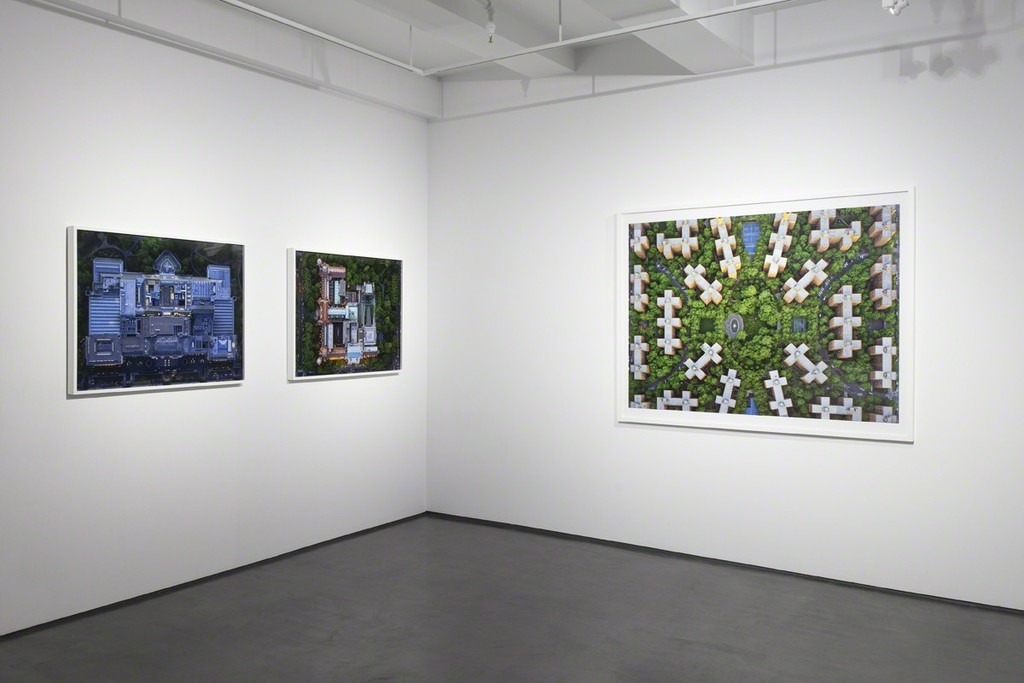 In the main gallery, Milstein, long known for his images of planes in flight photographed from directly below, reverses the perspective in the current images, offering views of New York and Los Angeles taken from an altitude of 1,000 - 2,000 feet. The distance is far enough that the geometry of the urban streetscape, invisible from the ground, emerges into surprising, often elegant patterns, as in the Masonic-inspired layout of the Park La Brea housing development in Los Angeles, yet close enough that the scenes retain a human feeling, whether it's the claustrophobia of tiny rectangular houses squeezed next to each other in virtually treeless grids. The images suggest that however chaotic or inscrutable modern life might appear, it is tied to age-old patterns that guide in ways we don't immediately perceive, but which nevertheless guide us through our daily routines.