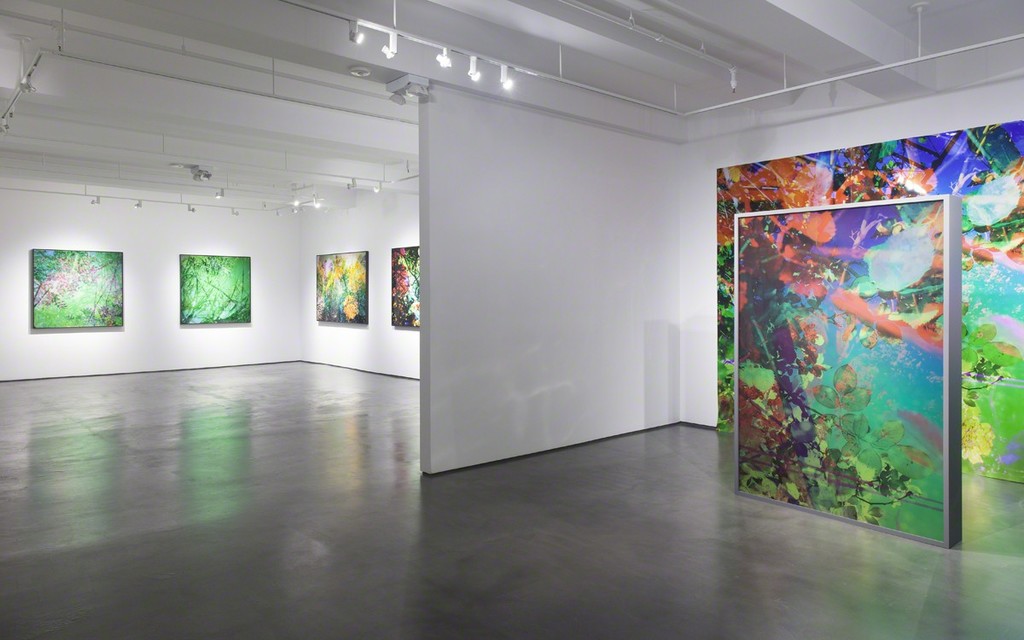 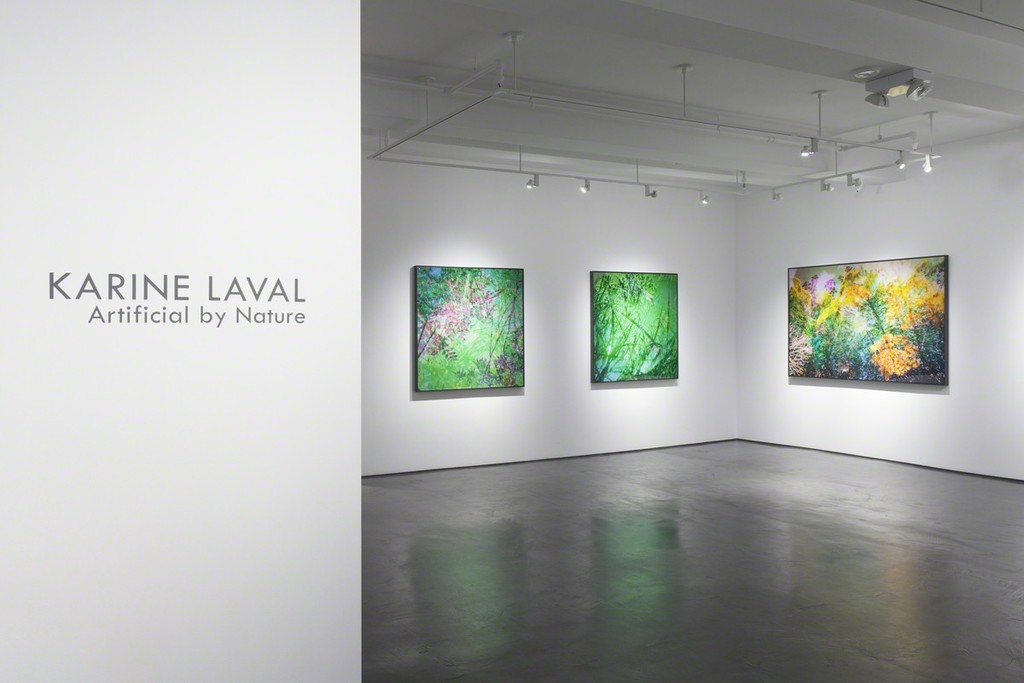 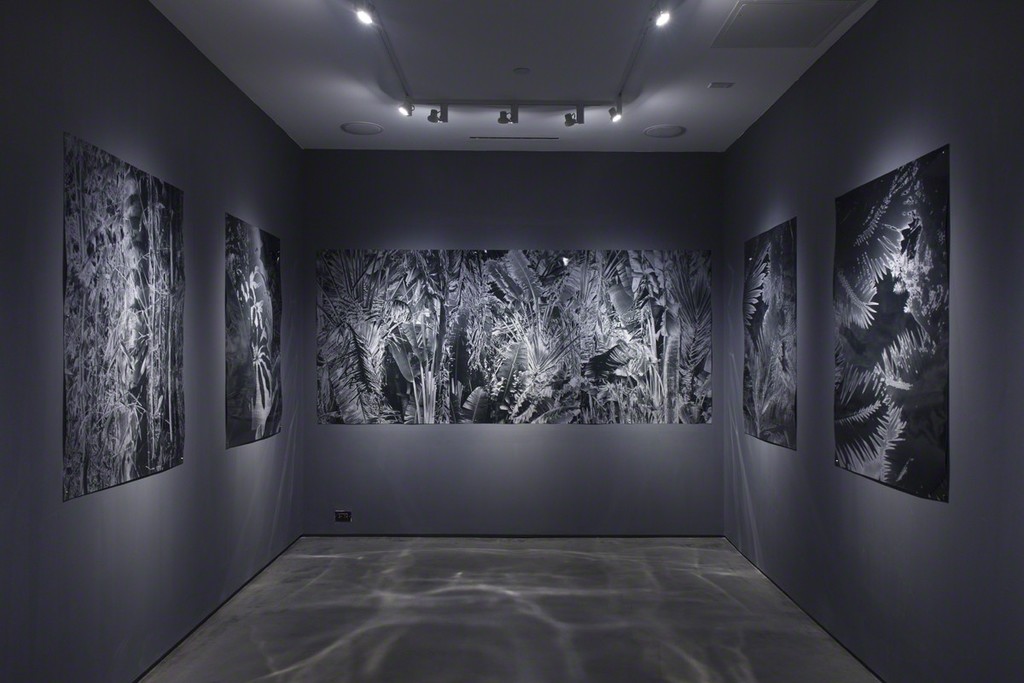 Benrubi Gallery is pleased to present "Artificial by Nature", the new exhibition by Karine Laval. "Artificial by Nature" continues the artist’s long exploration of distorted realities and altered perceptions, resulting in manipulations of light and color as sophisticated as they are seductive. Laval's fifth solo exhibition with the gallery will also debut her foray into sculpture.

The gallery's main space features selections from Laval’s "Heterotopia", a series of densely layered photographs of gardens and other manicured natural environments. Placing sheets of glass and mirrors in the composition, and employing skewed perspectives and extreme crops, the images in Heterotopia are suffused with the luminescence of stained-glass windows while possessing the uncanny charm of movie stills or extraterrestrial landscapes. Tiny stems appear tall as trees, while empty space fills up with clouds of color that swirl with the celestial movement of nebulas. Yet there are often traces of the unmanipulated scene left in the frame, reminding viewers that this is in fact a familiar world, and the only thing that’s changed is the way it’s perceived. Light, which we’re accustomed to think of as the medium we see through, is revealed for what it is: the medium that brings the images to our eyes, and that possesses layers far richer than what we normally see.

On view in the project room are selections from "Black Palms", a series of images of Los Angeles palm trees, shot from below and solarized, leaving behind vast black fields jaggedly slashed with silver etchings. The zigzag tracings of the palm leaves recall photograms or the stylized manipulations of light in film noir (in which many of these trees once featured), while the inky gloss of the images simultaneously reflects viewers’ gaze and sucks them into an interstellar vastness. But as with the images in "Heterotopia", the quotidian reality is discernible, leaving viewers with the uneasy yet uplifting suggestion that the world is what we think it is only because of long-held and often unconscious patterns of association. There is always more to see.

Karine Laval (b. 1971) was born in Meudon-La-Foret, France and lives in Brooklyn, NY. Her work has been widely exhibited in solo and group exhibitions in the United States and internationally at such venues as the Palm Springs Art Museum, the Los Angeles Center for Digital Art, the Sorlandet Art Museum in Kristiansand, Norway, the Palais de Tokyo in Paris, and at several photo festivals throughout Europe and the US. Laval was a finalist in France’s Villa Medicis Hors Les Murs as well as the recipient of the Peter S. Reed Foundation Grant.