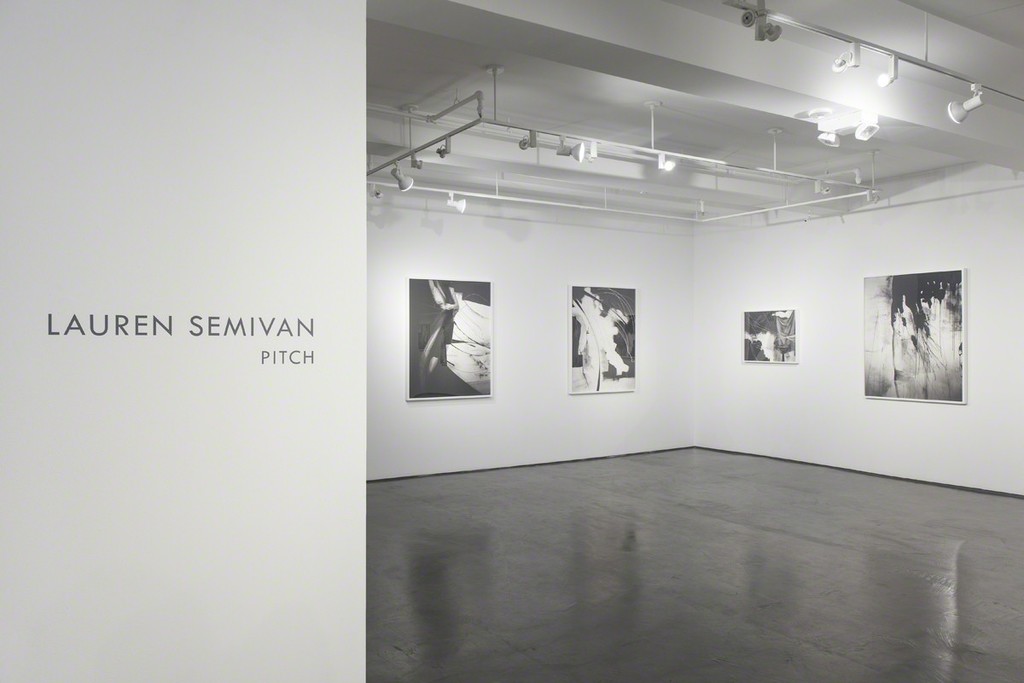 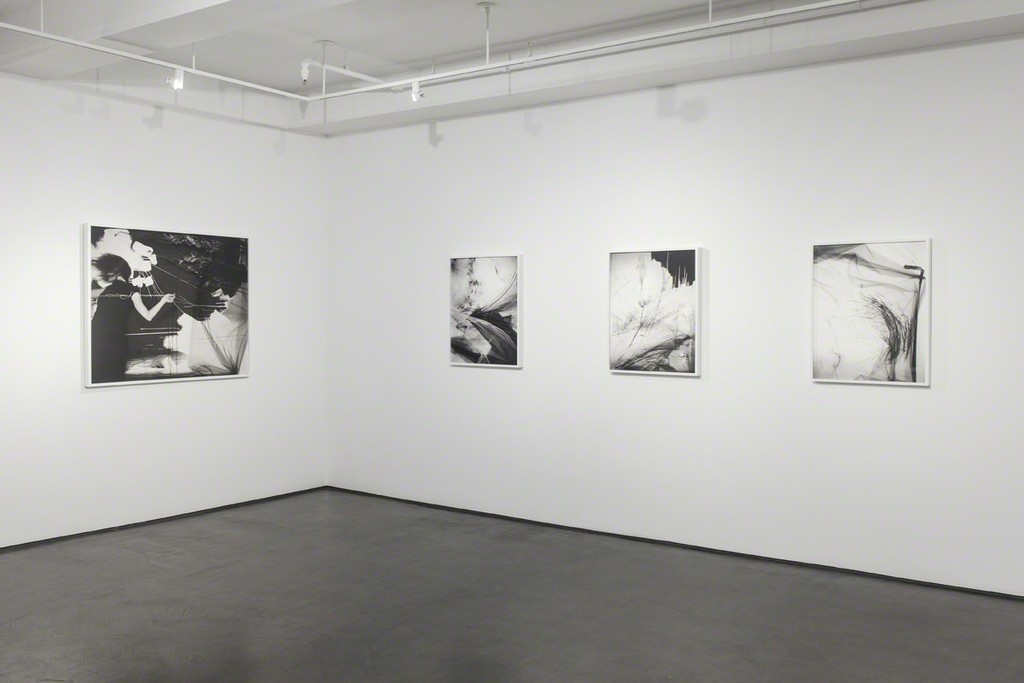 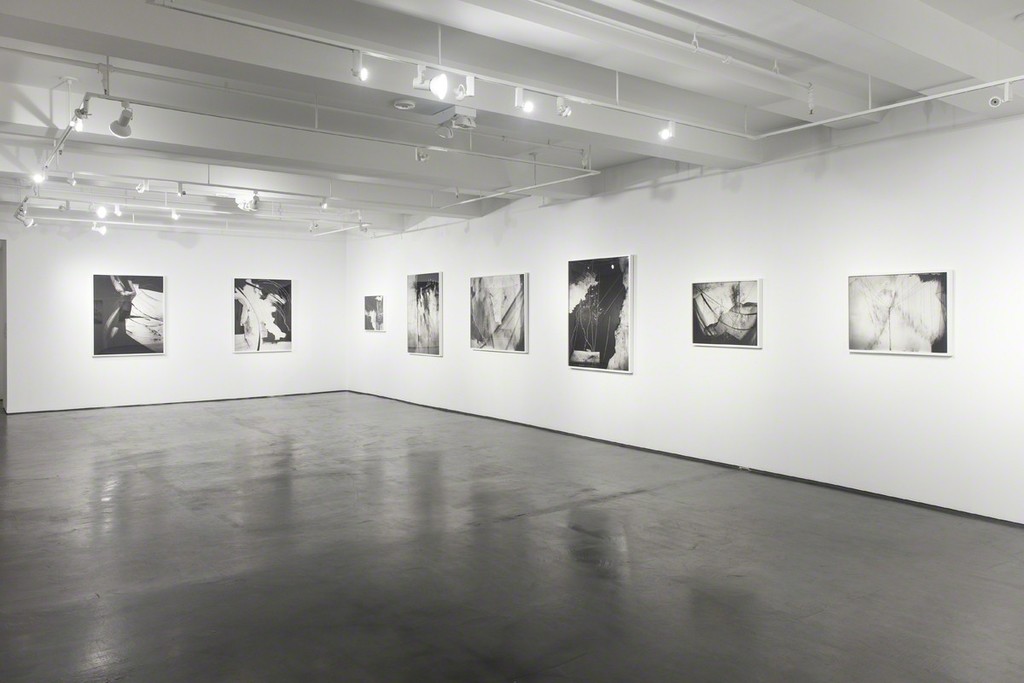 Benrubi Gallery is pleased to present Pitch, the gallery’s second solo exhibition
by Lauren Semivan, after her 2013 exhibition, Observatory.
Building on the tropes of that previous show, Pitch explores the relationship
between the tactile realities of the photographic medium and the conscious
and unconscious contributions of the artist to the images she creates when she
photographs “hand-built, sculptural environments” of her own making. As with
the previous work, all images are made using an early 20th-century 8 x 10 view
camera whose large-format negatives are scanned and printed without digital
manipulation.
The images in Pitch are rhythmic, moody compositions built around the tension between starkly
graphic lines created by pieces of string, folds in fabric and paper, or hand-drawn marks, and the
softer slurries of light and shadow. Semivan builds her sets over a period of days using black
charcoal, string, wire, paper, fabric, and carefully selected objects, continually monitoring the scene
through the lens at it develops. The elaborate constructions last only until they’re photographed,
after which they’re discarded as the stage is transformed for the next image.
Many of the images involve pieces of draped translucent fabric or animal pelts sidelit to create
patterns that call to mind clouds and waves and the rippled sand after the tide has retreated. The
effect is not so much of motion as of past activity—atmospheric, geological, cultural, personal—and
the changes wrought by time. In the most abstracted compositions, the ground is flattened until the
images seem as one-dimensional as paintings. Others acquire a depth that has as much to do with
consciousness as with space.
The tension between tangible and ephemeral, concrete and abstract, is given psychological weight
by the presence of the photographer in many images. Semivan uses her own body as the grounds for
the string arrays or draped fabric. In doing so she seems to insist that her images be viewed not as
“mere” abstractions but semantic communications—symbolic rather than literal, perhaps, but still
transmitting vital information from artist to viewer.
“My relationship to photography is essentially a continuous questioning about the world and my own
experiences,” Semivan says of the current series. “These images are the result of a similar
continuous investigation into the invisible: an identification and interrogation of potential signals.”
Lauren Semivan (b. 1981) was born in Detroit, Michigan. She received a BA in studio art from
Lawrence University in Appleton, Wisconsin, and an MFA in photography from Cranbrook Academy of
Art. Her work has been exhibited nationally and internationally at many galleries and museums such
as the Nelson Atkins Museum of Art, Detroit Center for Contemporary Photography, The Griffin
Museum of Photography, The Hunterdon Art Museum, Cranbrook Art Museum and many more. In
2014, Semivan was a finalist for The John Gutmann Photography Fellowship and SF Camerawork’s
Baum Award for Emerging Photographers. Semivan’s work is part of permanent collections at the
Nelson Atkins Museum of Art, Cranbrook Art Museum, and The Elton John Collection.