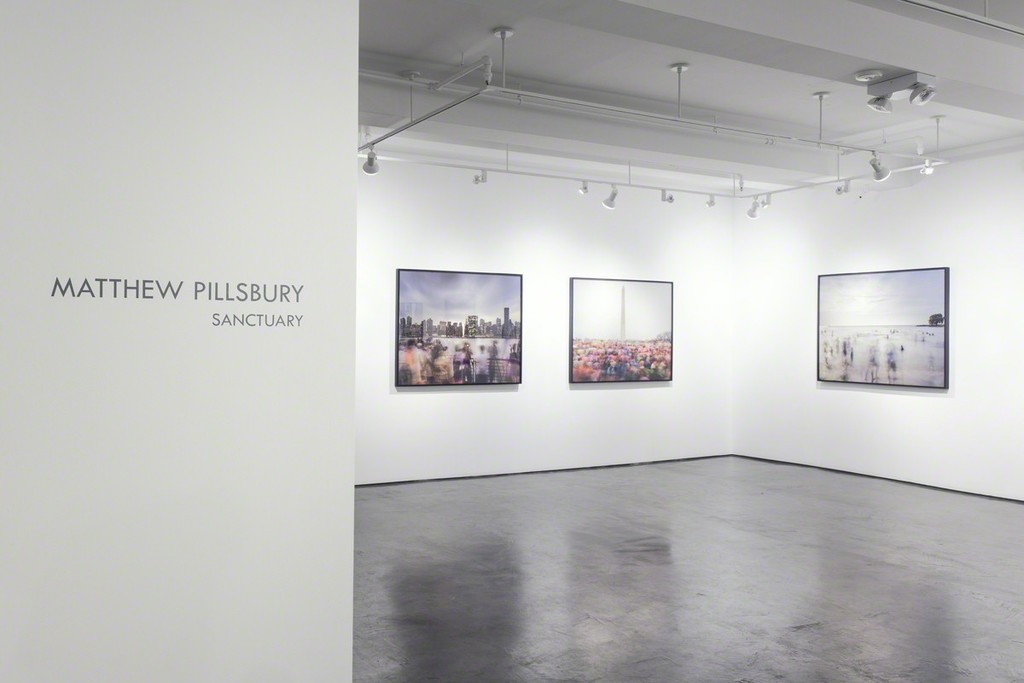 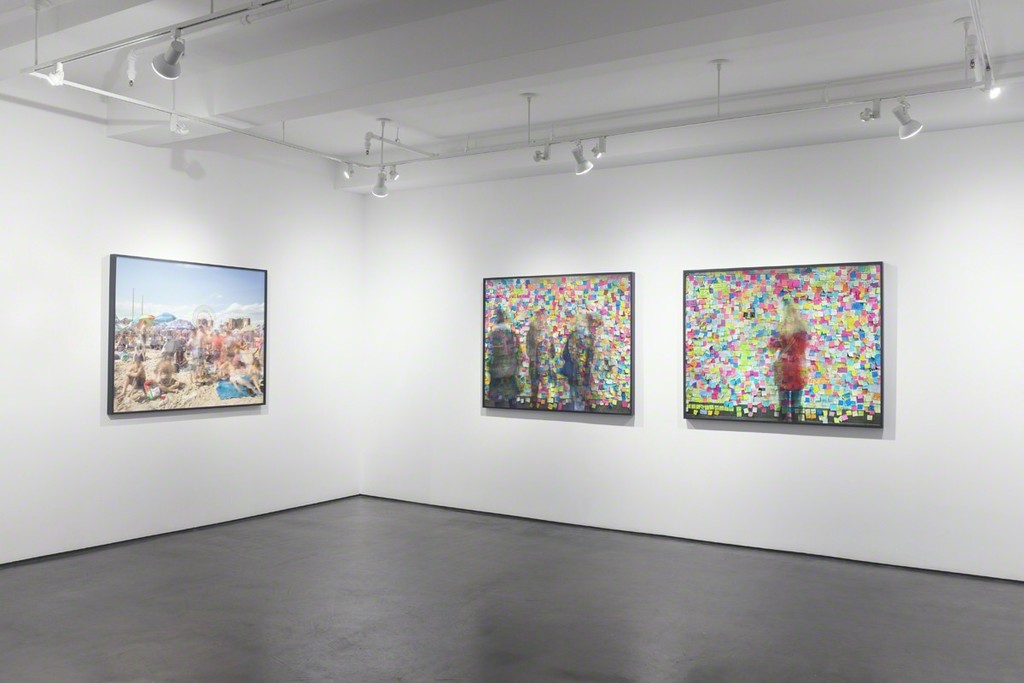 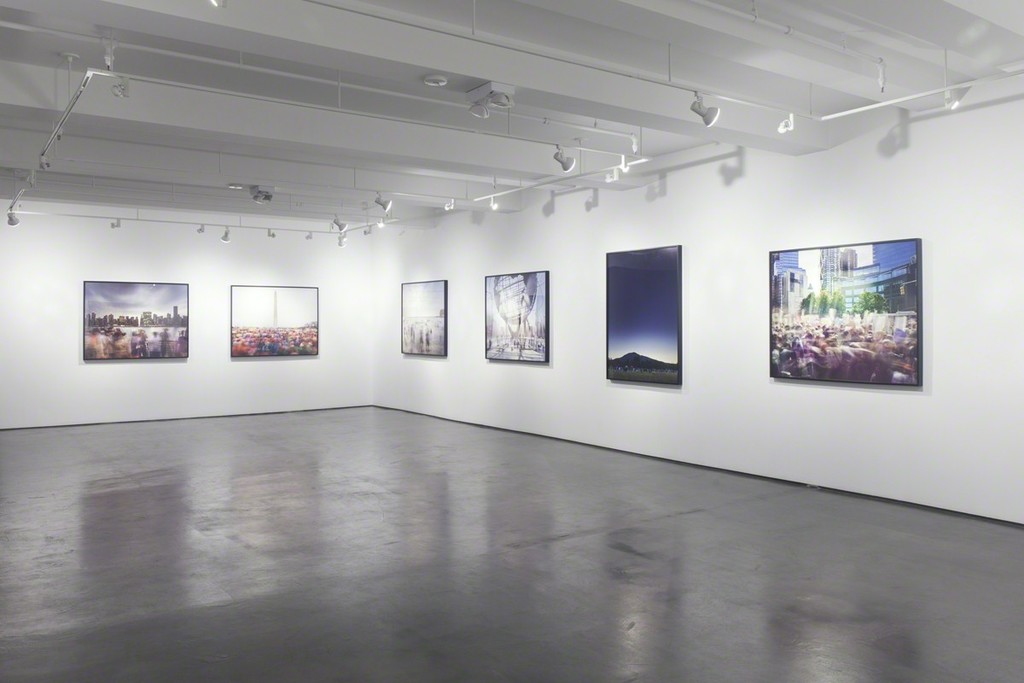 In 2002, Pillsbury began photographing friends in parks, rooftops, and fire escapes. “Television,” he has said, was “my favored way of taking a break from reality, and that is what led to my series Screen Lives and the technique of long exposures.” For more than a decade, Pillsbury has been adapting this technique to a wide variety of environments and social situations as he explores the relationship between monuments and gestures, permanence and ephemera, and the photographic habit of slicing into time without actually impeding its forward momentum.

With Sanctuary, Pillsbury returns to the idea of respite, but this time in a more urgent context. “Many of our cities,” Pillsbury writes, act as a “line of defense against an administration whose policies directly threaten rights” he had taken for granted. What had before seemed merely social or recreational has suddenly taken a political context, as some of our most quotidian yet essential activities—of assembly and expression, or simply just being here—have suddenly been revealed as contingent rather than inalienable. That many people turn to these activities and these spaces as a respite from the political is only another lay of irony, and underscores their precariousness.

Sanctuary shows a wide variety of urban environments, from museums and galas to parades and protests and public plazas and beaches. Some are anonymous, as of high-rise views of the skyline, while others are intimate, as in a woman pausing to read the anti-Trump messages written on a wall of Post-Its in the Union Square subway station. Scenes from the Women’s March on Washington convey both the urgency of the crisis as well as the number of people it affects, whereas images of beachgoers lounging before a luminescent movie screen or wading into the water remind us of the transient nature of congregation. What emerges is a communal portrait of our shared spaces and the way they—literally as well as culturally—bring us together.

Matthew Pillsbury was born in 1973 in Neuilly, France. He received his B.A. in Fine Arts (Cum laude with distinction) in 1995 from Yale University and his MFA from the School of Visual Arts in New York in 2004. His work has been widely shown and is in the permanent collections of numerous American and international institutions, including the San Francisco Museum of Modern Art, The Museum of Modern Art, The Tate Modern, The Victoria & Albert Museum, The Yale University Art Gallery, and the Whitney Museum of American Art. He is the recipient of the 2014 John Simon Guggenheim Memorial Foundation Fellowship and the 2007 Fondation HSBC prix pour la Photographie. He currently resides in Brooklyn, New York.