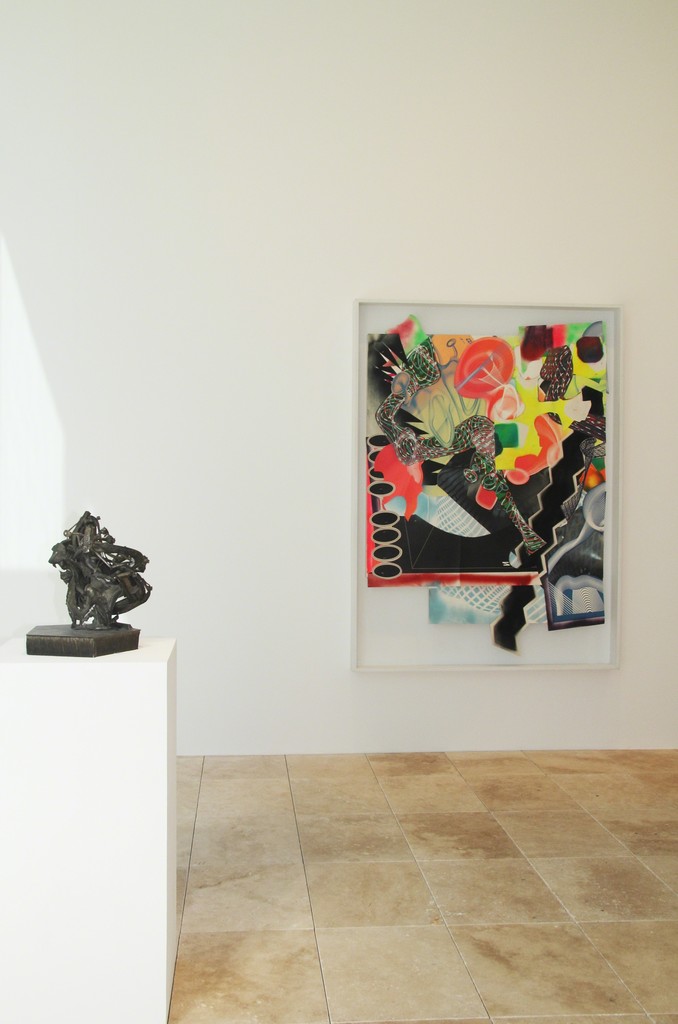 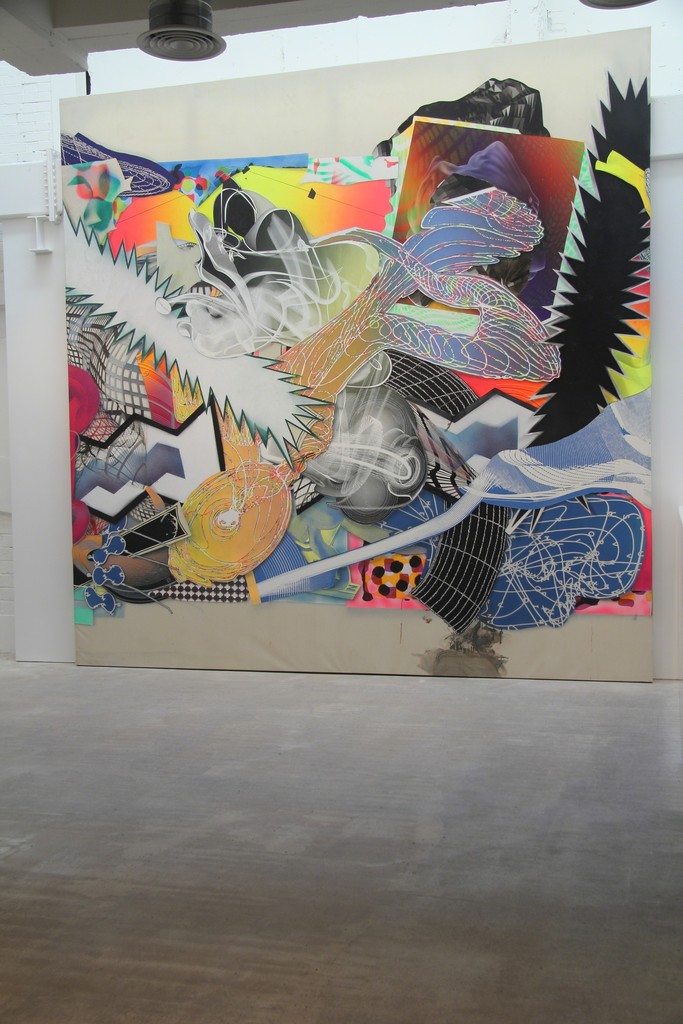 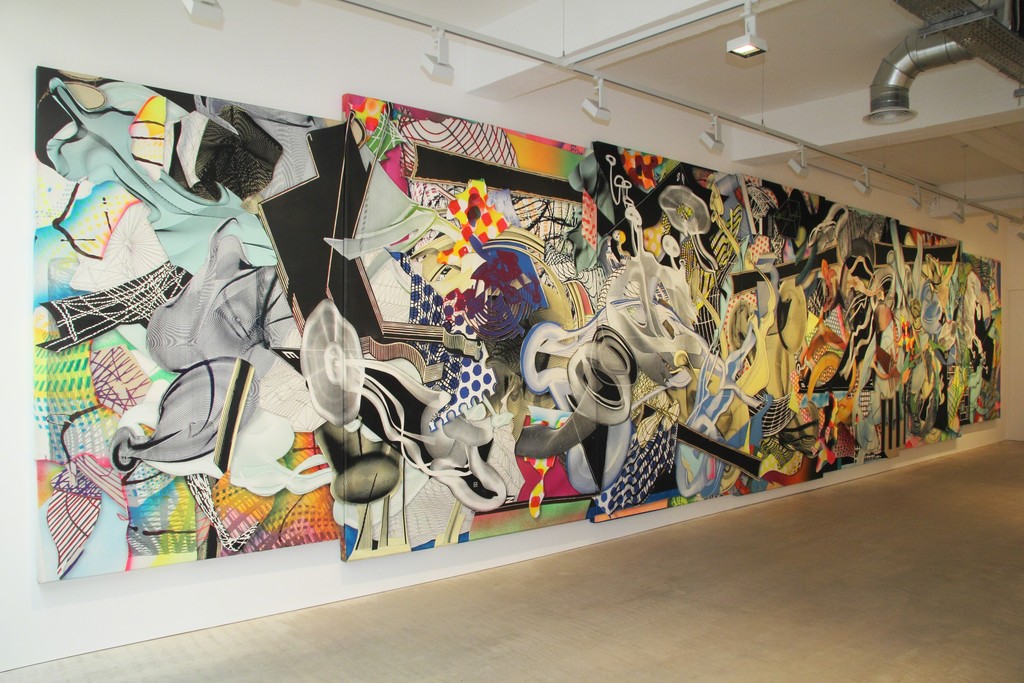 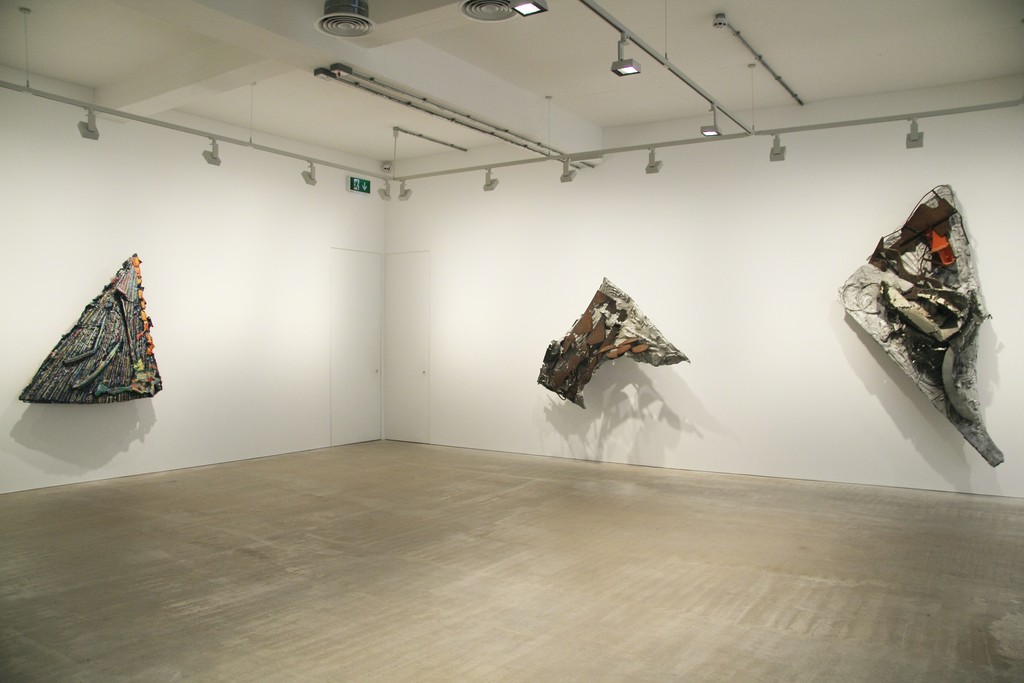 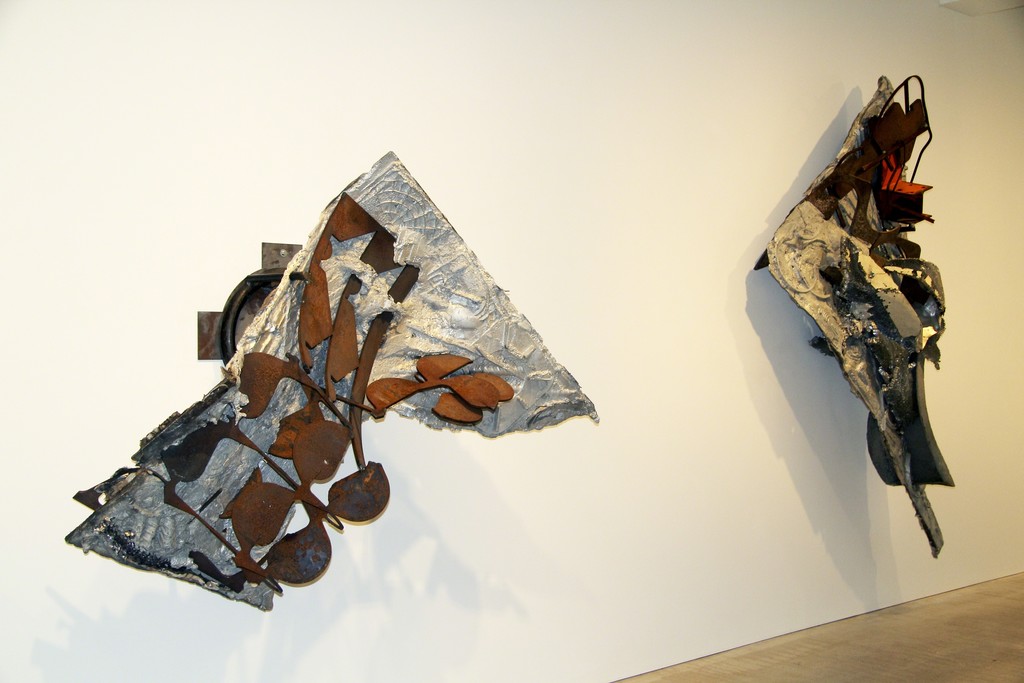 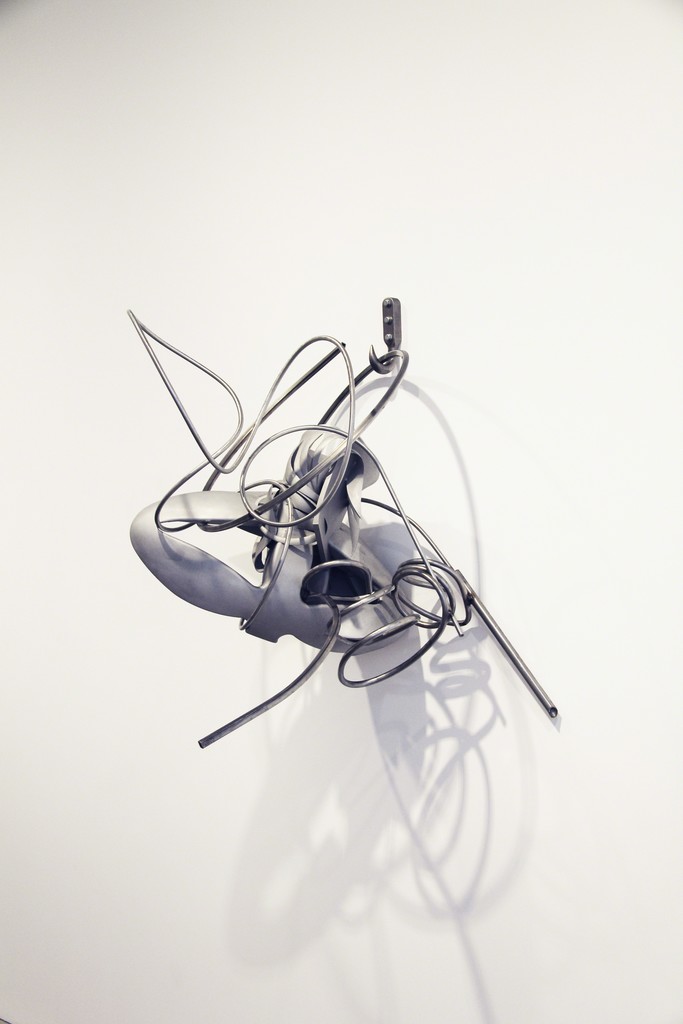 Bernard Jacobson Gallery is proud to announce its forthcoming exhibition of works by Frank Stella (born 1936). Stella is one of the most prominent and influential living American artists; he is known to constantly evolve his practice with every new series of works. The exhibition coincides with the artist’s retrospective at the Whitney Museum of American Art, New York, which opens to the public on 30th October.

The exhibition at Bernard Jacobson Gallery will feature works from several important series from the 1990s and 2000s, which demonstrate Stella’s unique sense of space, scale and composition.

The centerpiece of the show is a monumental 7-panel piece “Die Marquise von O…” (1991).• The title refers to a novella by German poet Heinrich von Kleist, a solitary genius and visionary writer who committed suicide at the age of 34 in 1811. His characters, like the Marquise von O, a young widow who mysteriously finds herself pregnant, are shown in moments of deep crises and doubts, while the dramatic narratives often end without resolution.

In the seven large panels, which constitute the painting, the shapes that continue from one panel to the next seem to move, as if the tension and lines of force had exploded the piece into multiple fragments - this time laterally. What Stella had previously done in three dimensions he continues in this work across the two dimensional surface. He has constructed the work, element-by-element, and form-by-form, the same way sculpture and buildings are made. Frank Stella stated, “When it’s successful the result creates a visual experience, but it does something more. It makes available to you both a kind of experience and information that you couldn’t have gotten any other way”.

Another remarkable group of works on show are wall-mounted sculptures, such as Dalma Tepe (2002) or Giyan V (e) (2002), named after key archeological sites in ancient Anatolia, the seat of Neolithic civilisation from 7000-6000 BC.

Although works in this series are named after specific sites, they are not representations of them; the techniques and materials Stella is using though - sand casting and found object - are suggestive of the archeological process. Extraordinary conglomerations of found rusted metal and cast aluminium up to 2.5 meters across, these wall sculptures are mounted on a ring, which allows them to be rotated and displayed at any angle.

Frank Stella was born in 1936 in Malden, MA and studied Painting at Princeton University. After graduating with a degree in History in 1958, he moved to New York City. Upon exhibiting his Black Paintings in the seminal Sixteen Americans at The Museum of Modern Art, New York in 1959, Stella’s first solo exhibition took place at Leo Castelli Gallery in 1960.
In 1970, at the age of 34, Frank Stella became the youngest artist ever to have a retrospective exhibition at the Museum of Modern Art, New York. He received a second retrospective at the same institution in 1987 — an unprecedented occurrence in the museum’s history.
More recently, major surveys of his work have taken place at The Metropolitan Museum of Art, New York (2007), and Kunstmuseum Wolfsburg, Germany (2012). He was awarded the National Medal of Arts by President Barack Obama in 2010. A retrospective of Stella’s work will be the first one person show in the new downtown location of the Whitney Museum of American Art, New York in the autumn of 2015.
The author of many essays and articles exploring painting and abstraction, Stella delivered a lecture series as the Charles Eliot Norton Professor of Poetry at Harvard University in 1983. He has received honorary degrees from Princeton University, Bezalel Academy in Jerusalem, Dartmouth College and the Friedrich Schiller University in Jena, Germany; he was made an Honorary Royal Academician in 1993. In 2000, he became the only American artist to be given a solo show at the Royal Academy of Arts and his sculpture was installed in the RA’s courtyard in February to May of this year.