What's Going on in Your Head When You're Dancing?

Hyde graduated from Cardiff Art College in 1978 having studied video, installation and performance art. After leaving college he concentrated on immersive environmental works. In 1979 he formed Freur with Rick Smith and John Warwicker, the band that would soon become Underworld, the acclaimed electronic dance-music group. Underworld are famed for their thrilling, visually inventive stage shows as well as their soundtrack work with the film director Danny Boyle on Trainspotting, the Olivier award nominated Frankenstein and the forthcoming Olympic opening ceremony. In addition to the musical work, in 1991 Hyde joined with Rick Smith, John Warwicker, Simon Taylor and others to form Tomato, a highly influential art and design collective. Throughout the 90s and into the 21st Century Hyde has continued to make photo and text works and produce visuals for the band's stage performances and publicity material. 2007 saw the formation of Art Jam, a loose, international, collaborative artist's group made up of members of Tomato, Underworld and friends. Their first work was a 10 x 50 metre live wall piece produced over 16 hours at the Makuhari Messe, Tokyo and they continue to collaborate in a discursive "show and tell", their "Book of Jam". In 2009 they brought the Jam to New York where their work was shown at Jacobson Howard Gallery. Hyde explains how he started producing his own paintings: "When a translator was relating my answers to interviewers, I put a pencil and a piece of paper in my hands, and what started to come out was the same marks I saw in my head while I was dancing with the group onstage. So I thought, 'Well, this is curious,' and I just kept going on with it, really; developing it from there and working with pieces of all sizes." Hyde's large-scale paintings, diptych and triptychs, are entirely abstract gestural works, which have an affinity to both abstract expressionism and Japanese calligraphy. Painted on paper or packing cardboard with very large soft brushes and drawn into with charcoal and pastel, in some works one single gesture runs the length of the surface, in others marks combine into something more rhythmically complex. Hyde will often sit in front of the blank support, rehearsing the action he is about to take in his head before he begins the work itself, in much the same way as he rehearses the movements he will make across the stage during a performance. In the exhibition these paintings will be accompanied by more intimate pencil drawings and scroll like works in pencil and gouache on Japanese fold-out books, which describe driving through the chaotic urban environment of cities such as Tokyo and Miami. 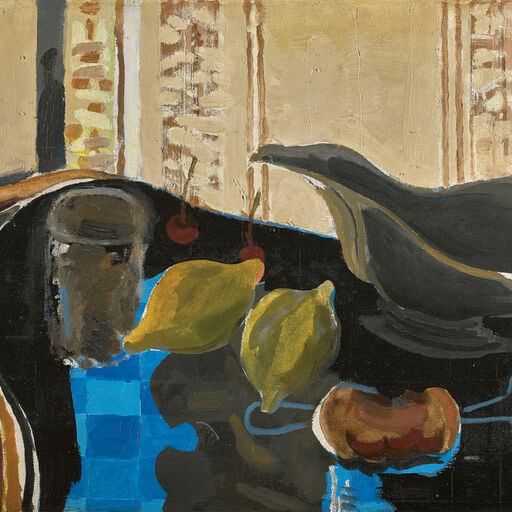 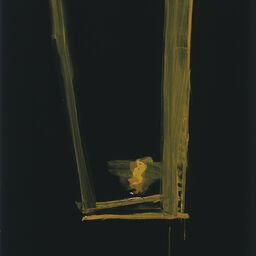 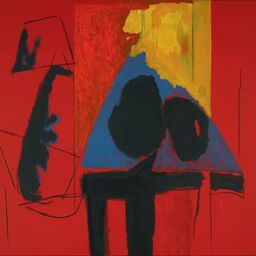 Bernard Jacobson Gallery
London
Get More from Artsy—on the App