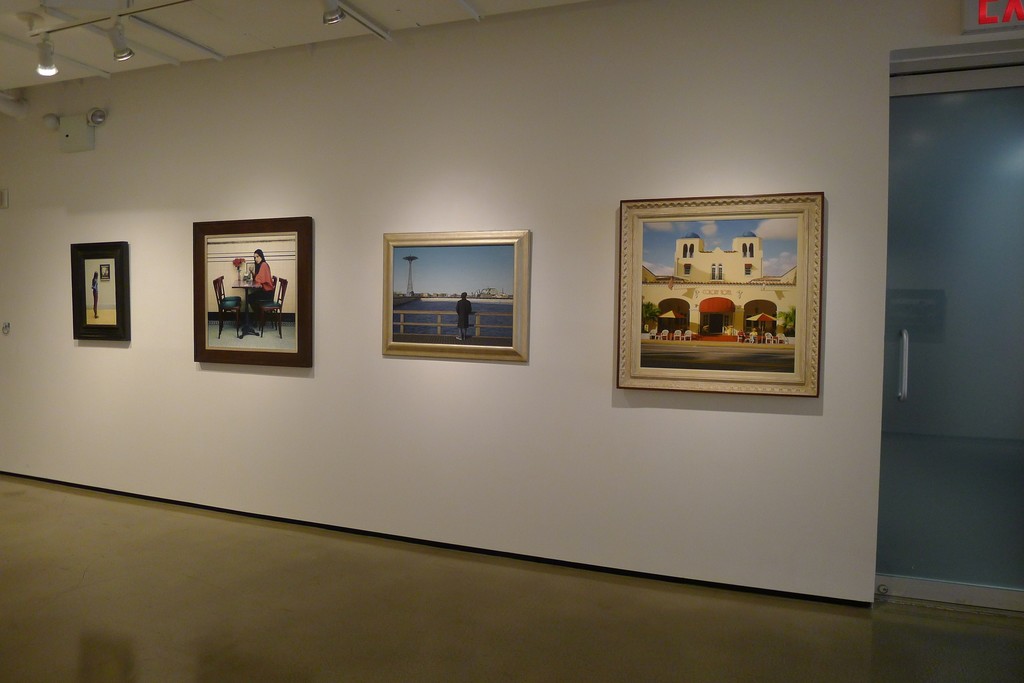 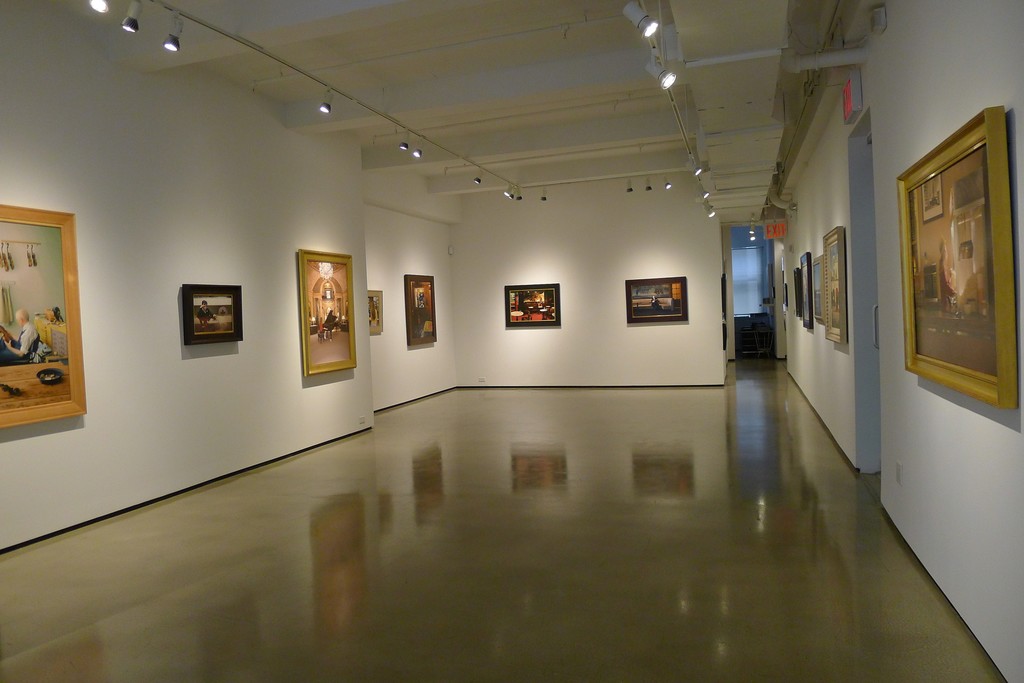 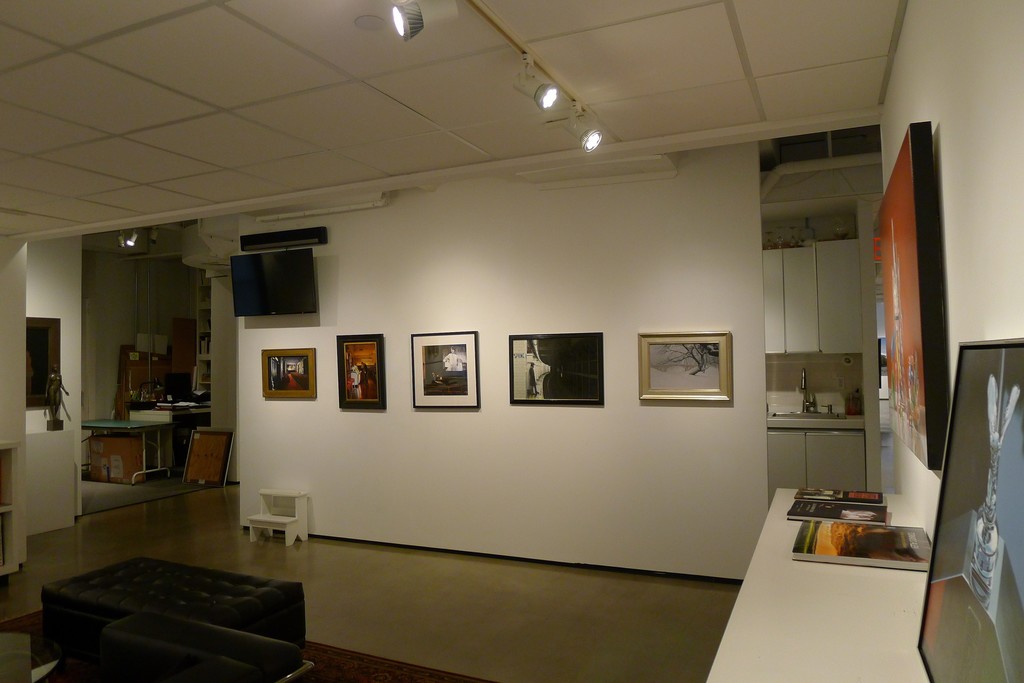 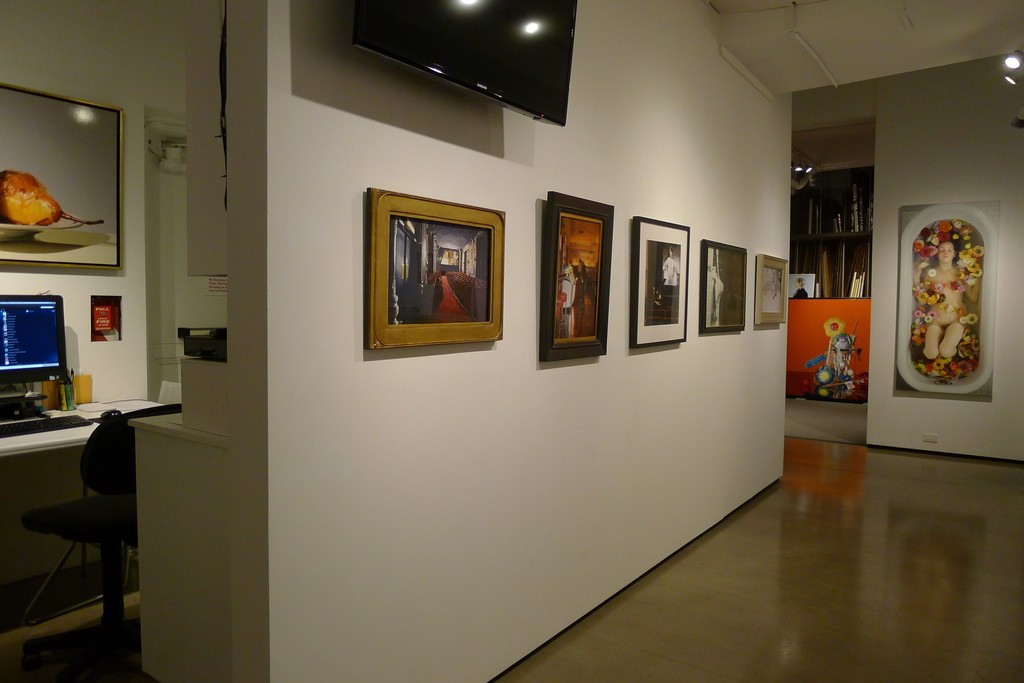 Bernarducci Meisel Gallery is pleased and proud to announce representation of the paintings of
Max Ferguson. New Paintings is Ferguson’s first solo exhibition in over 5 years. It features a
collection of new narrative scenes that take place in New York City. The show is in conjunction
with the publication of his new book, Lulu in New York. Each painting focuses on a single
individual alone and lost in thought. Their surroundings seem to suggest a human presence outside
the picture frame. Visual components of the past, present, and future are fused and act as reminders
of what we were, who we are, and who we might become.
Ferguson captures elements of New York that are disappearing at exorbitant rates: classic movie
theaters, jazz night clubs, old world craftsmen and artisans, as well as the now demolished
historical Steinway Hall on West 57th Street. Just before its destruction, the artist took a series of
photographs of a young woman playing the piano in the middle of its ornate performance hall. The
documentation was used as reference material for his masterpiece Steinway Hall (2015). Every
detail, from every crystal of the chandelier to the delicate hands of the pianist, is perfectly and
thoughtfully executed. The result is a vivid preservation of this glowing interior so precise that one
can almost hear the music being played.
His work combines the sublime radiating light of Dutch genre painter Johannes Vermeer with the
Americana realism of Edward Hopper to create imagery that is distinct and uniquely his own.
Ferguson states that he relates to, “Hopper more in terms of subject matter, aesthetics, urban
alienation, et cetera, and Vermeer more in terms of technique, composition, color. Vermeer was
painting domestic scenes versus allegorical, biblical scenes, that I could relate to much better.”
Max Ferguson (born 1959 New York, NY) is an American artist best known for his realistic
paintings of vanishing urban scenes in and around New York City. His work is included in public
collections including the Metropolitan Museum of Art, New York; the Crystal Bridges Museum
of American Art, Arkansas; The British Museum, London; the Museum of the City of New York,
Museum of the City of New York the Albertina, Vienna; the Seven Bridges Foundation,
Connecticut. He has exhibited at the Yeshiva University Museum, New York. This is Ferguson’s
first solo exhibition with Bernarducci Meisel Gallery.
For further information or images please contact Leah Guadagnoli at [email protected] or
(212) 593-3757. Viewing hours are Tuesday through Saturday 10:00am to 5:30pm.