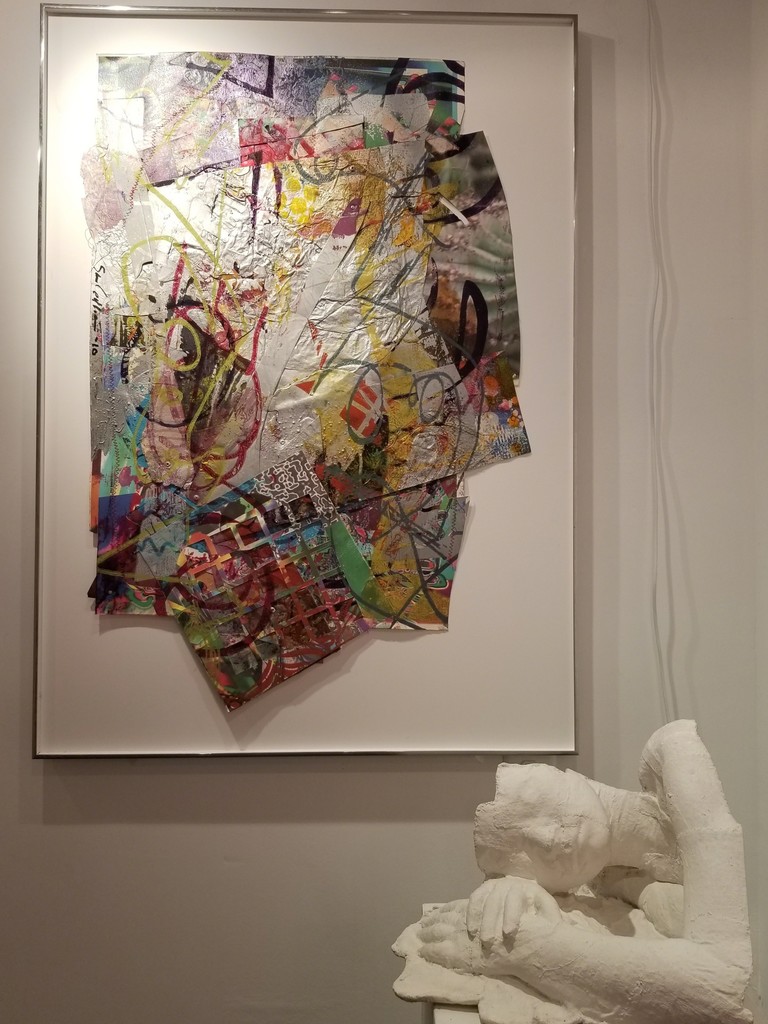 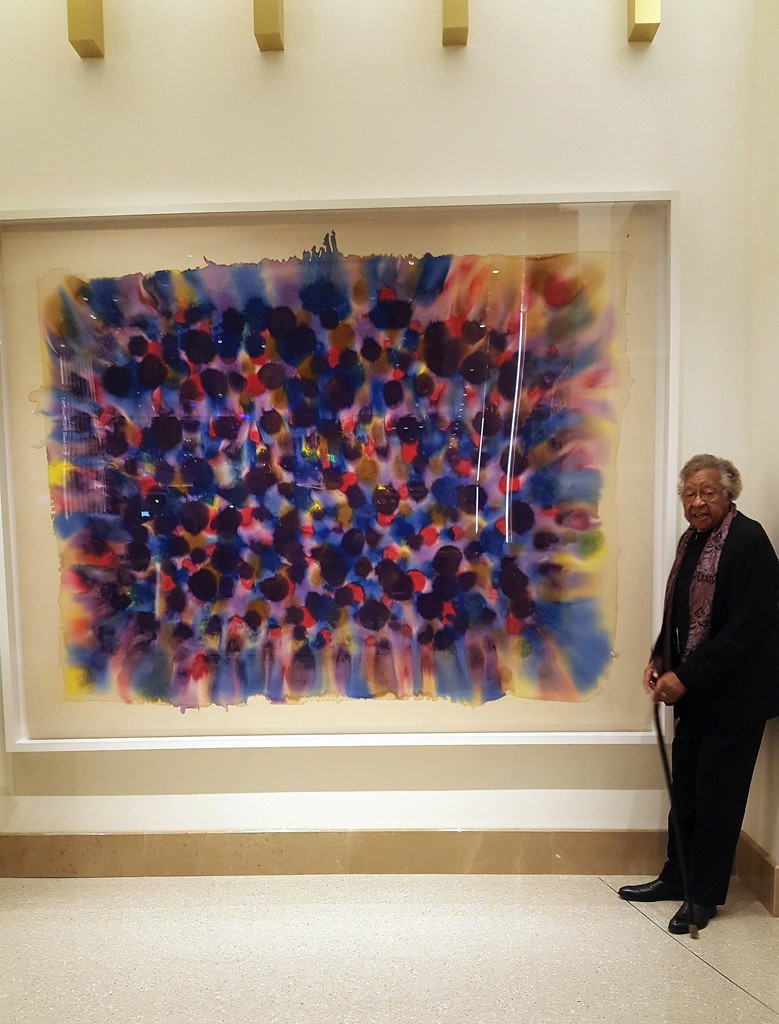 Kenneth Victor Young with his work, "Spring Rain" (1970) installed as part of a permanent collection at the MGM Grand, National Harbor, Maryland. Photo from 2016. 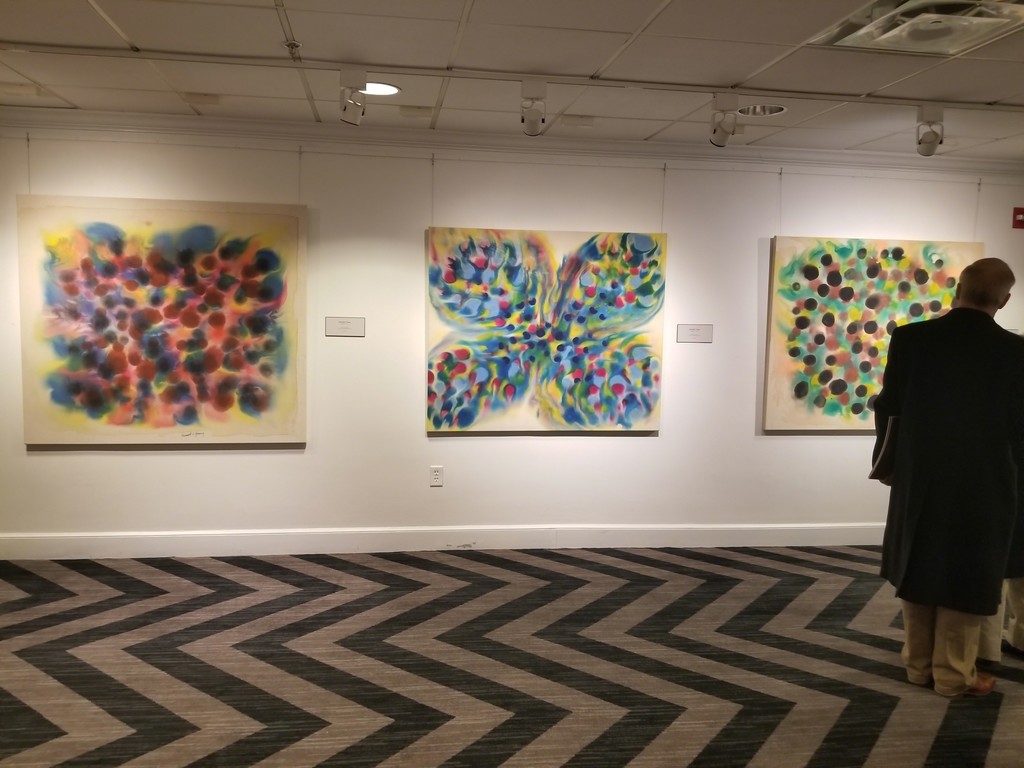 Works by Kenneth Victor Young on view in "The Language of Abstraction" at University of Maryland University College, 2018 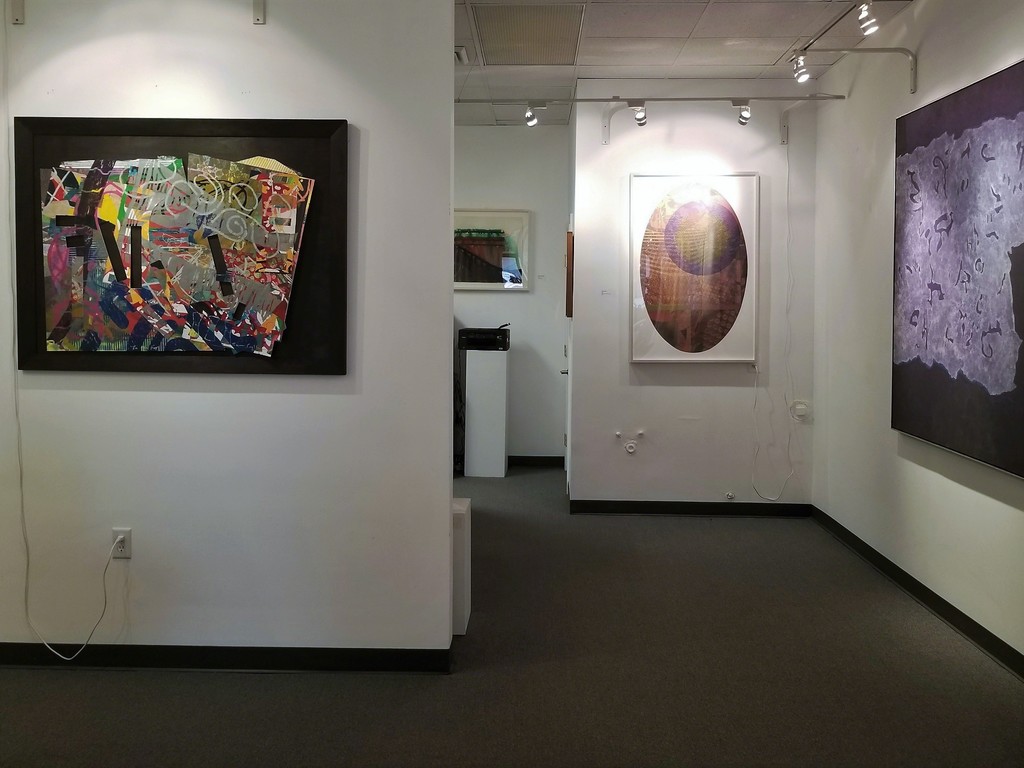 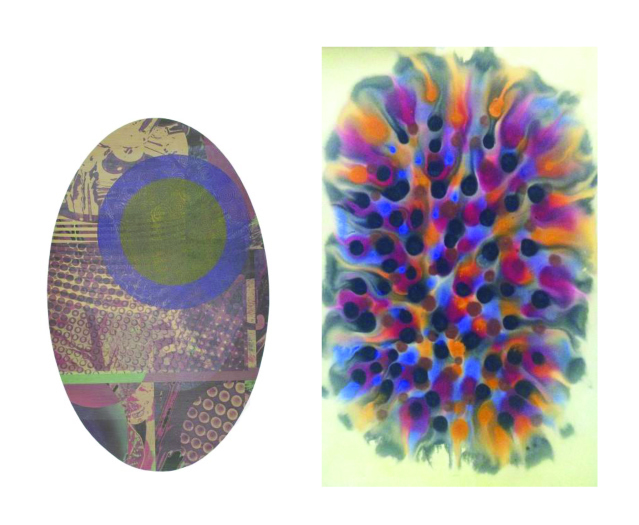 Sam Gilliam's (1933-) career has sky rocketed in the last decade. His draped canvases from the 1960s and 70s are breaking records at auction. Museums are eager to add the work of black artists to their collections, and Gilliam, based in Washington, DC, is arguably the highest on the list of must-have artists in permanent collections across America. While most collectors are familiar with his early work, not all know he is still making art--and on his own terms at age 85. Gilliam's later works continue to play with the picture plane. Whether carving reliefs out of thick sheets of handmade paper or stitching together thin panels of metal, he still experiments with acrylic paint and the nature of color. Expressionistic and joyful, Gilliam's recent works offer collectors the opportunity to bring a piece by this important artist home.

Kenneth Victor Young (1933-2017) had a far-reaching career as an artist, teacher, and museum professional. His early art education and teaching experience was in Louisville, Kentucky; Indiana University; and the University of Hawaii. He was an instructor at the Corcoran Gallery of Art and Duke Ellington School of the Arts in Washington, DC, and worked for three decades as an exhibition designer for the Smithsonian Institution.

Young's artistic philosophy was to bring order out of chaos. As such, he made a sense of the oft times pandemonium that is life through art. For more than 40 years, his artworks have been shown in group and solo exhibitions in galleries and museums around the world. Young's work is housed in the Smithsonian American Art Museum's permanent collection. It was included in the museum's traveling exhibition during 2015 and the accompanying catalogue African American Art: Harlem Renaissance, Civil Rights Era, and Beyond, published by Skira/Rizzoli.
Several never-before-exhibited paintings were included in The Language of Abstraction: Ed Clark, Richard W. Franklin, and Kenneth Young, an exhibition at the University of Maryland University College in 2018. “As evidenced by works in this exhibition, Young's paintings of the 1960s and early 1970s show rich and varied palettes and his predilection for orb-shaped motifs,” writes Virginia K. Adams, Ph.D., in her essay for the catalogue. “He often painted on the floor, pouring acrylic paint onto unprimed canvas and diluting it with water to make it flow and become absorbed in unpredictable patterns. Young sometimes used an airbrush to soften edges, which gave his orbs the appearance of floating. However, some later paintings—notably an untitled work (2000) and Blue Nile River (2010)—offer evidence of a turn to landscape.”

Young currently has a piece, Red Dance (1970) on permanent display at the newly renovated East Building of the National Gallery of Art. The painting first gained attention when it was featured in “Black Art in America,” a 1970 feature written by Barbara Rose for Art in America. The article paired Young’s work with that of other young African American artists whom she deemed to show “special promise.” His works will be on view in renovated Corcoran Gallery of Art and in several upcoming museum exhibitions, including a solo show at the Katzen Arts Center, American University.