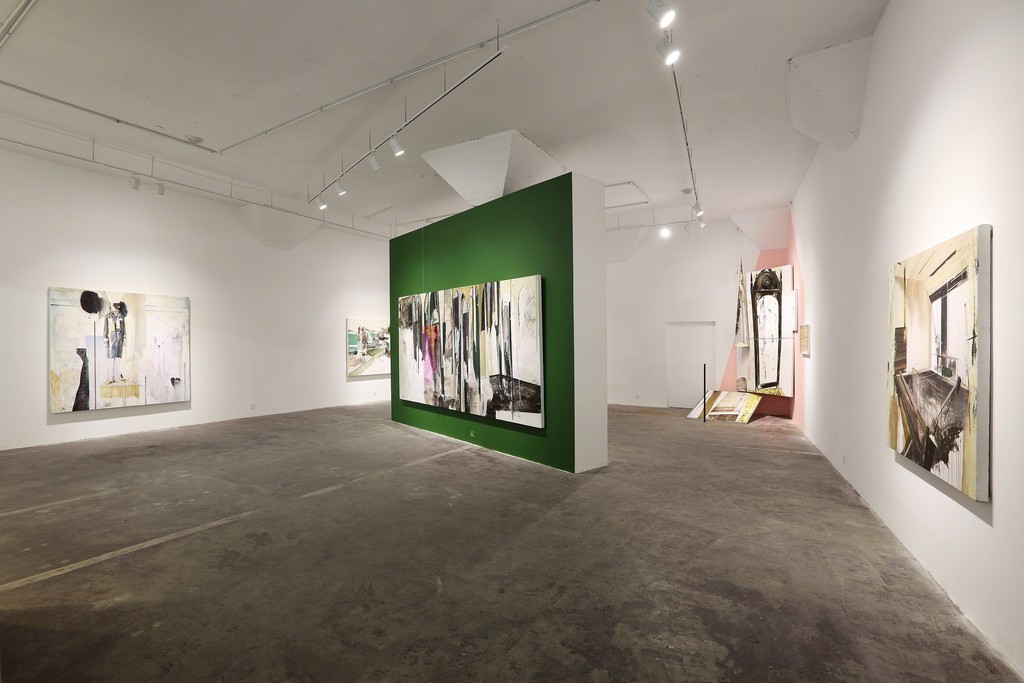 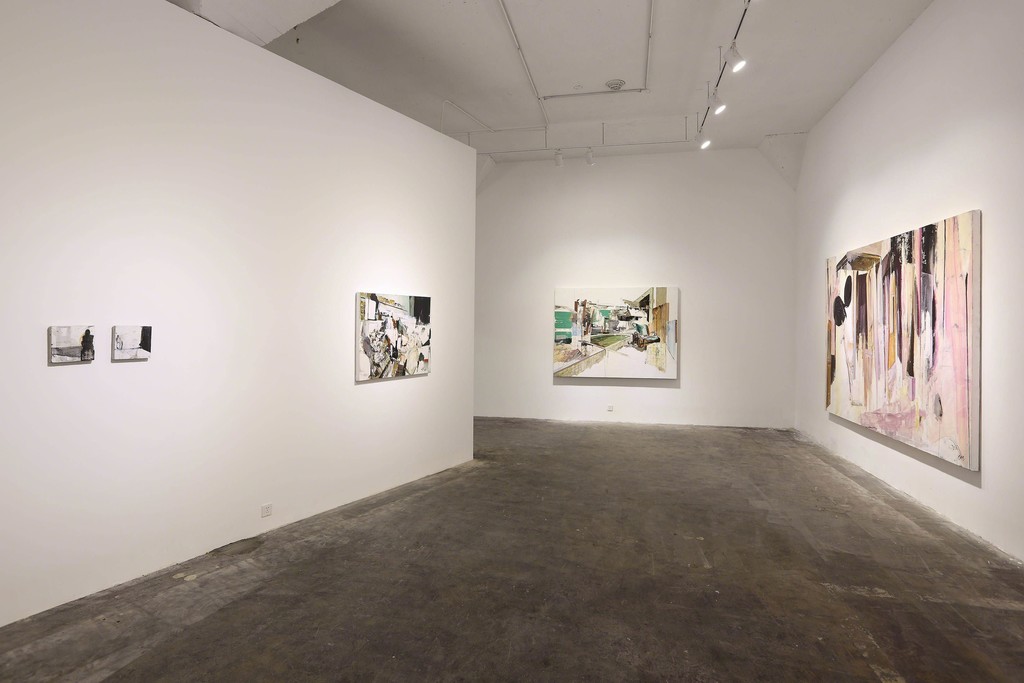 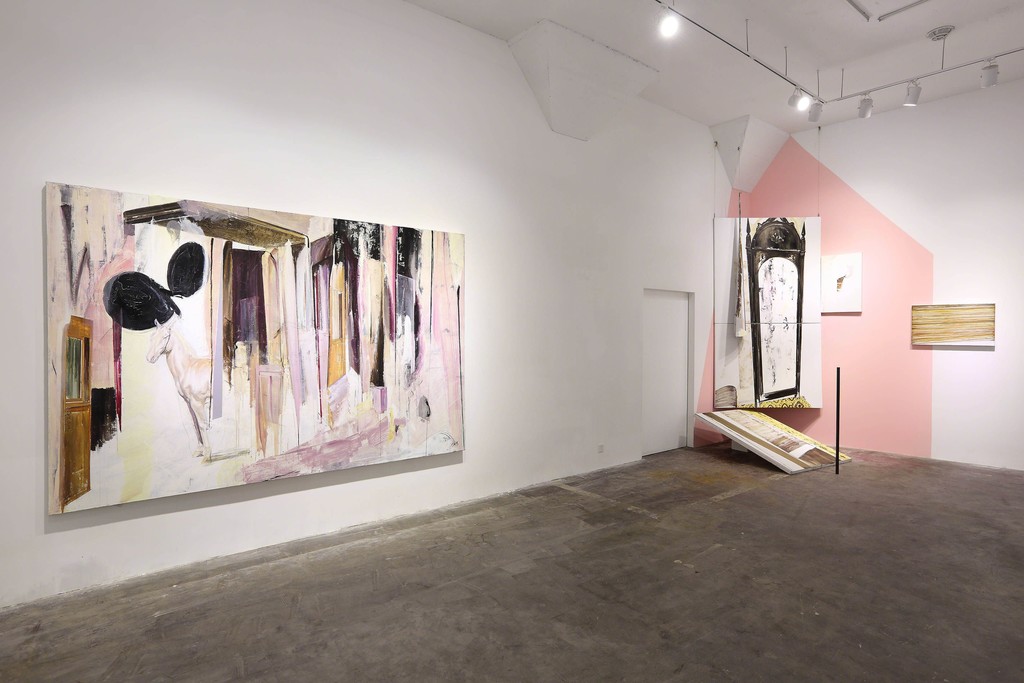 Inside-outside is a dialectal spatial thinking. We travel through tunnels inside and outside, experiencing senses and touches from multiple latitudes. This time Liu Chao exhibited his newest series. Complex visual structure is constructed in basic painting language, with spatial relation messed up by painting method. Under the influence of western theoretical basis of perspective science, we see a new visual form, which goes beyond pastiche visual language, and forms various orderly hierarchy between perspective and plane. We are positioned at a confusing latitude both inside and outside, with the binary opposition of inside and outside broken away. This puts us to think whether we are often positioned at a narrow plane space of single latitude among the world. We never enter, nor do we return? The visual limits of humans confine us into a 3-D sensory world. In this regard, shall we doubt the authenticity of our senses?

We can feel such a mysterious and complex flow of consciousness when beholding Liu Chao’s paintings. There is a possibility of multi space in the dimension of space and plane. Liu Chao wants to initiate a new sensory form through painting, which, as a traditional method of visual construction, will break its own limits of expression along with the emerging of new senses and consciousness. We can also see in Liu Chao’s works the oriental philosophy about inside and outside underpinned by western painting language. Inside signifies the intimacy, proximity and the awareness of introspection. Outside represents publicity, strangeness from distancing, and externalized life forms. Liu Chao tries to disturb the opposite relation between inside and outside through painting, while entering a constant balance between and mixture of inside and outside. It is just like a door, connecting and seperating spaces,

Liu Chao is a young artist born in 1987. In 2003, he was enrolled in The Affiliated High School of Luxun Academy of Fine Arts. In 2006, he was studying in Second Studio of Oil Painting Department, Luxun Academy of Fine Arts, and received his Bachelor’s and Mater’s Degree there. We can see the new concepts of painting in the new generation of artists, especially in Liu Chao, one of the young artists. They are gradually diverted from social content to a more rational thinking of and attention to cosmic consciousness. We can see a certain consciousness of future, where connotates a thinking on and transformation of new cosmology. LIiu Chao has always been exploring int the world of painting, creating through painting as the one and only method for all the time. Painting has become an effective way to construct the world, space and senses. He can go beyond plane images, display space to realize reconstruction at the same time. Thus plane expression has been updated and reconstructed. As a young artist, Liu Chao is conservative, for he sticks to the language of painting all the time; yet he is also aggressive, for he explores all kinds of possibility in the strokes of painting. We hope that we can provide more possibilities for such artists, so as to gradually build a stronger future world, in the coming and going between inside and outside.