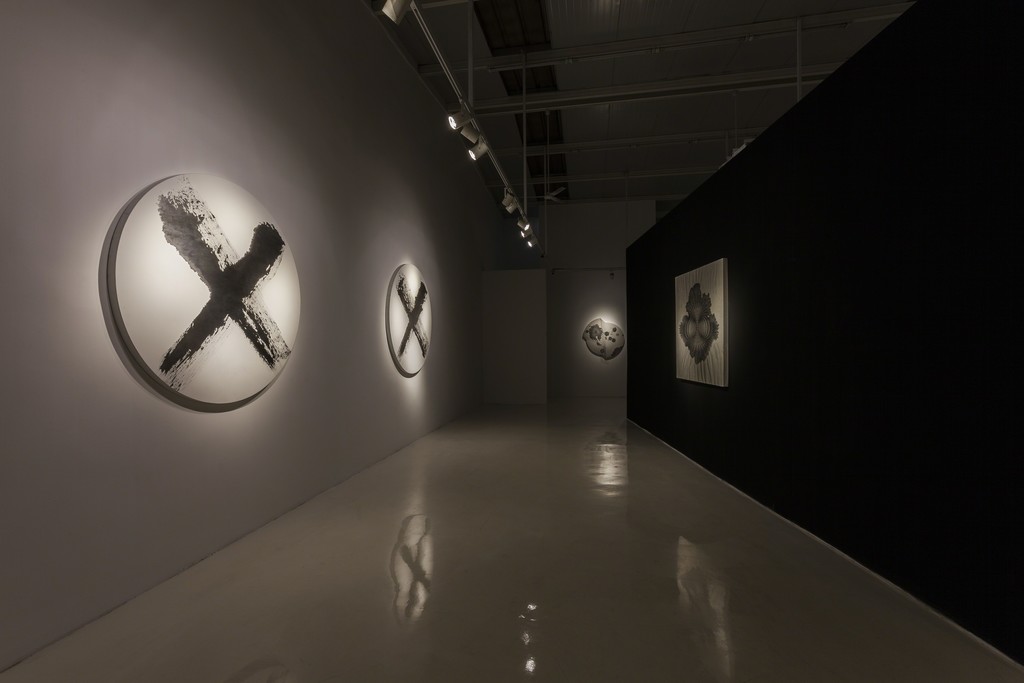 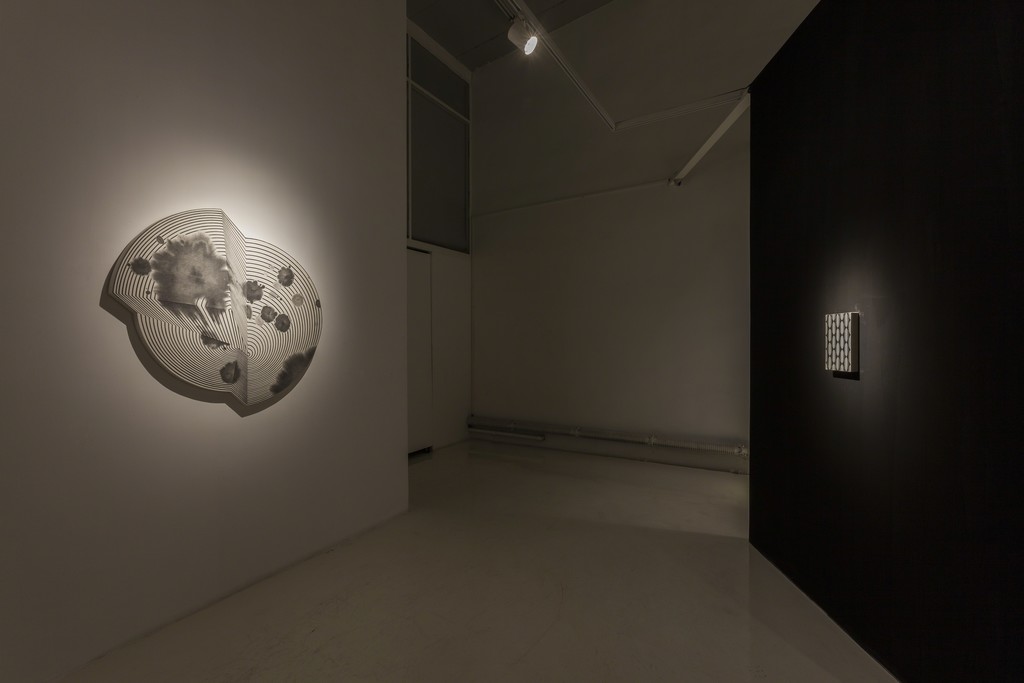 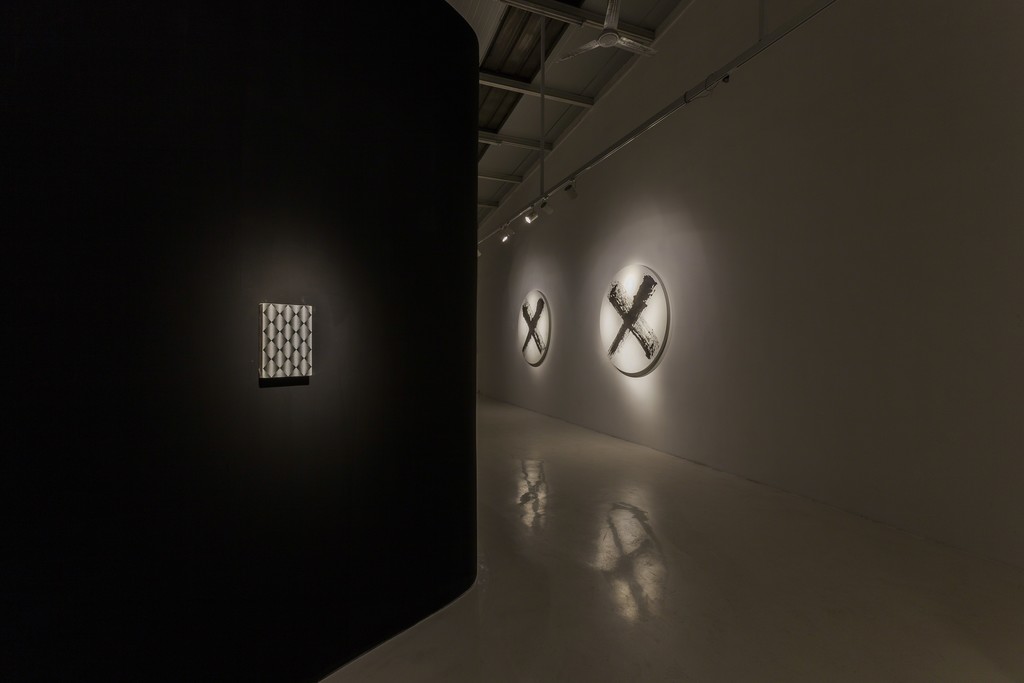 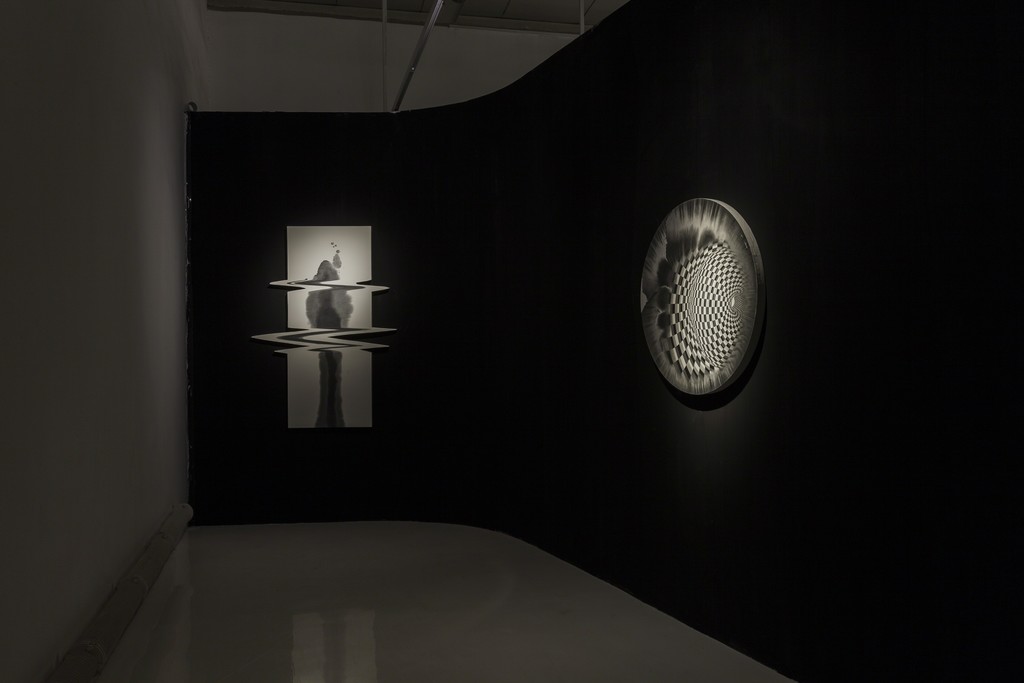 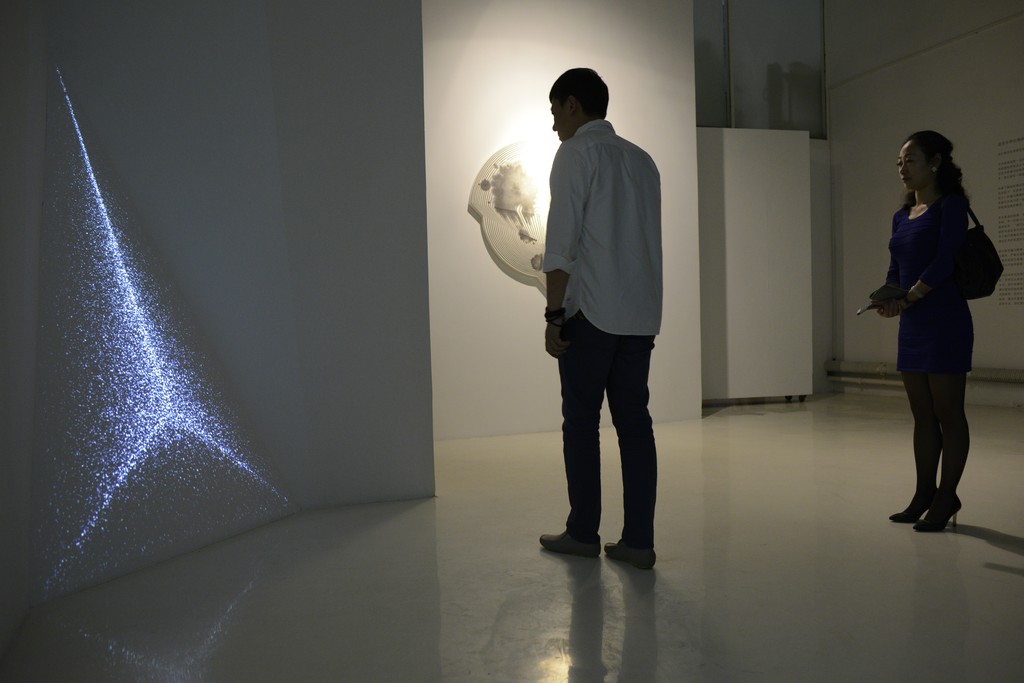 Don’t we often feel disconnected with our physical bodies, from time to time, we’d feel being elsewhere, entering into another world?

Artist Jiang Di is a young artist of the 1980s generation. His artistic forms have opened up new channels to look at the world. This is related to the spiritual forms of the superstring world. In a gradually forming worldview, people’s senses are transforming. And we exist in a world that contradicts to traditional understanding where material and existential structures will become an alternative possibility. Painting will generate a new visual experience as the artist ideology change in the chaotic visual experience of the figurative system, Jiang Di initiated a new approach through painting, where he enters into a thinking of world system through visual production, and we will discover new possibilities between the material and spiritual through new experiences.

Those who understand the superstring theory would gain a new understanding of the world we live in. In the superstring system, the elemental unit of the natural world does not consist of photos, protons, electrons and the nucleus types of particles, but rather, minute “strings” (which includes the beginning “opening string, circular “closed strings”) the oscillation of the strings and their movements produce various elemental particles. Through the control of such thin membranes, we can control the nature of the strings. The world we live in is perhaps in the D3 membrane of the 9+1 dimension.

String theory is the most hopeful theory that unifies the four related elemental particles. This theoretical system will challenge our preconceived understanding of “worldly existence”. The superstring view on the universe is a rather abstract system for people’s knowledge at present, and the world is becoming a more complex and transformative abstract construct. With the unification of iconography and spirituality, we may find a way of eternal existence in the universe.

With regards to Jiang Di’s paintings, in a pyramid visual structure, we discover the exploration of the soul through the superstring theory. In this system, the soul is a subjective object with certain forms and dimension that flows and travels, marking another form of life. The exploration of the soul is an eternal topic of humanity, we are always contemplating on this question, for instance, in Gauguin’s painting, “Where are we from? Who are we? Where are we going?” The form of the soul is an immaterial existence, our uncertain judgment within our knowledge system, just like the illusory forms shown in Jiang Di’s artworks, it is mysterious, complex, orderly, changing, linear and romantic.

When the soul and the spirit becomes the same type of existence, traveling through multi-dimensional universe, and what we see will depend on the angel and parameter we look at the world. Based on which, Jiang Di’s works are spiritual, he abstracted a “spiritual form” through an abstract visual construct. Meanwhile he initiated a new system of thinking on “existence” through visual forms. We are being affected by the new worldview.

The discussion of the soul and the spirit is associated with our physical body. In Jiang Di’s art, being disconnected with the physical body is also made apparent. At the fictional border, Zhang Di translates people’s empty imagination of the physical body in the contradictions between the abstract and the figurative, the ideals and the sensible, the harsh and the temperate. In the transformative mind and the distinction of the physical body, we seem to approach a more real eternal principle and truth. Jiang Di’s paintings are juxtapositions of warmth and frigidity, and the energy of life flows out from the source of the heart. In the void of the myriads of things, it carries energies of life and existence. This reminds people of the oriental religious view, ”The rules are established through the physical body, without speaking, the mind is not in disarray, and the body is not necessarily the body, then, the place becomes empty and infinite.”

Returning to the exploration of artistic forms, Jiang Di has been carrying on visual experiments, he studies through visual forms of physical objects and spiritual existence, analyzing the sensible intelligence attractive to us, then extracting them from their original entity, and then extracts and reassemble the analyzed figures and “spiritual forms”, and the outcome is the object and the spirit themselves. Jiang Di experiments with painting and performance by using sketch-like lines, rendering comprehensive visual forms through continuous use of lines. In his approach, it also makes suggestions to the will and spirituality in oriental ink painting, as well as western structural pyramidal memory rhythm and visual experiments. Jiang Di achieves visual experiments on the theory of the universe through complex visual construct and painting process. Here, we begin to witness young artist’s transition in creative mode, on society, the environment, the self, where our inner emotions has a concise approach in studying the world. Integrating art with science and religion in a more concise theory, through the imagination of the universal awareness, achieves the construct and creativity through research and connections. Thus, Jiang Di’s artistic practice is innovative, where we are provided with a more generalized mode of artistic thinking, at the same time, we observe young Chinese artists making art through more generalized understanding of the world, and art will change through people’s initiatives on understanding the world.（Yan Yuting）