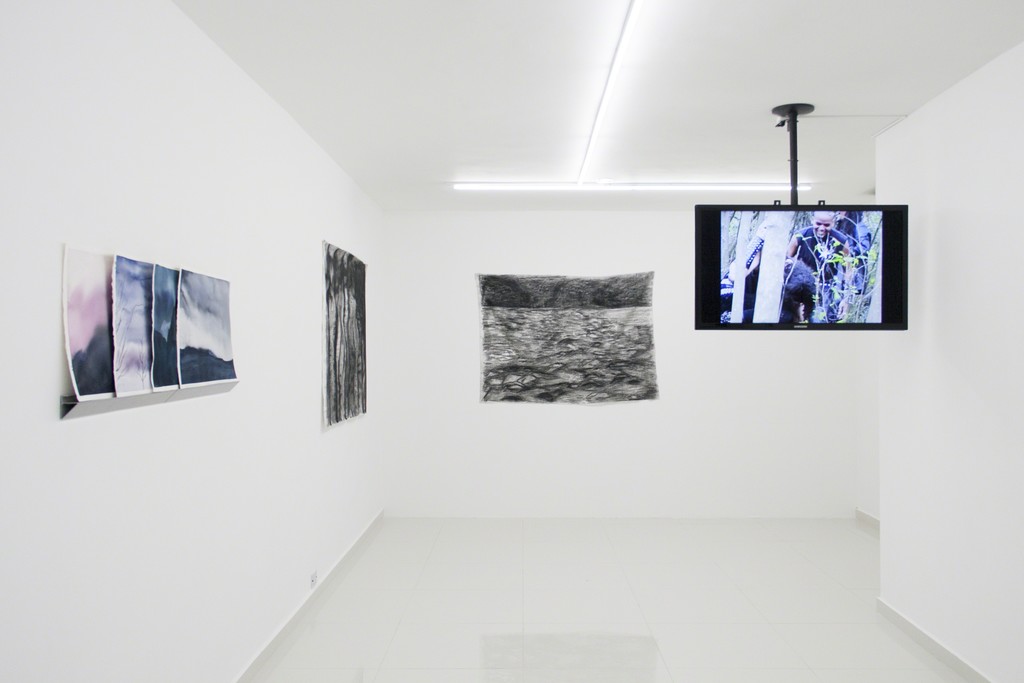 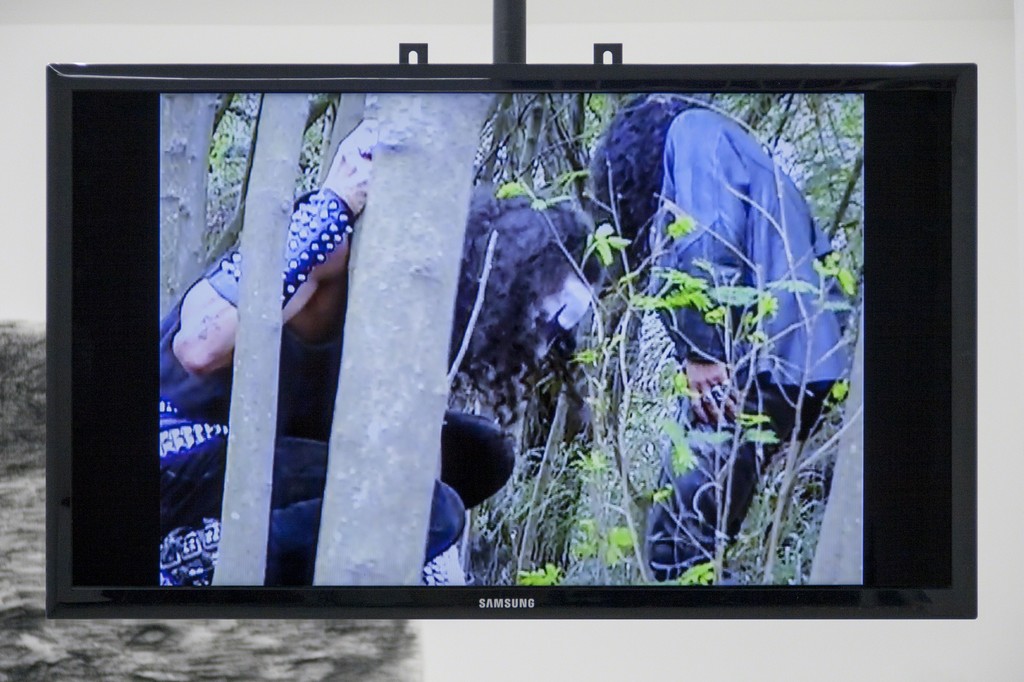 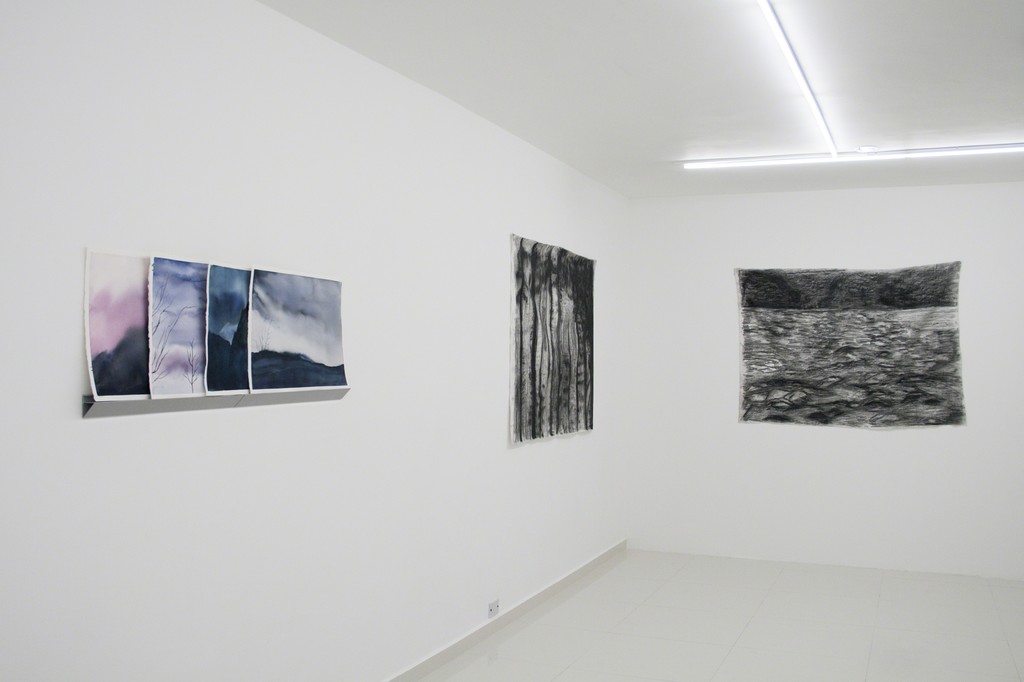 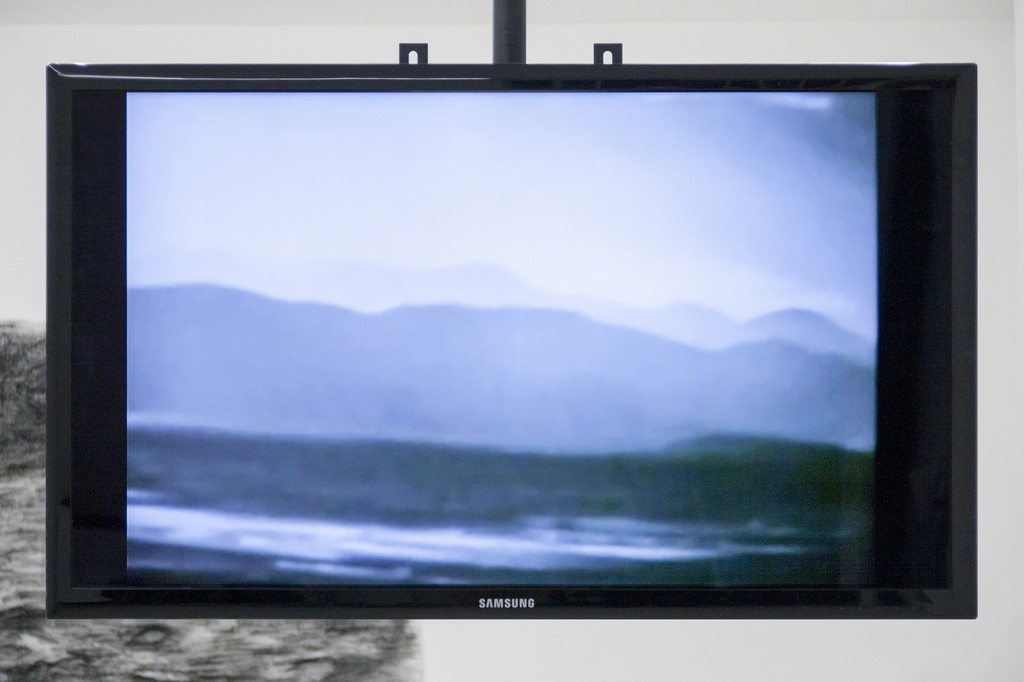 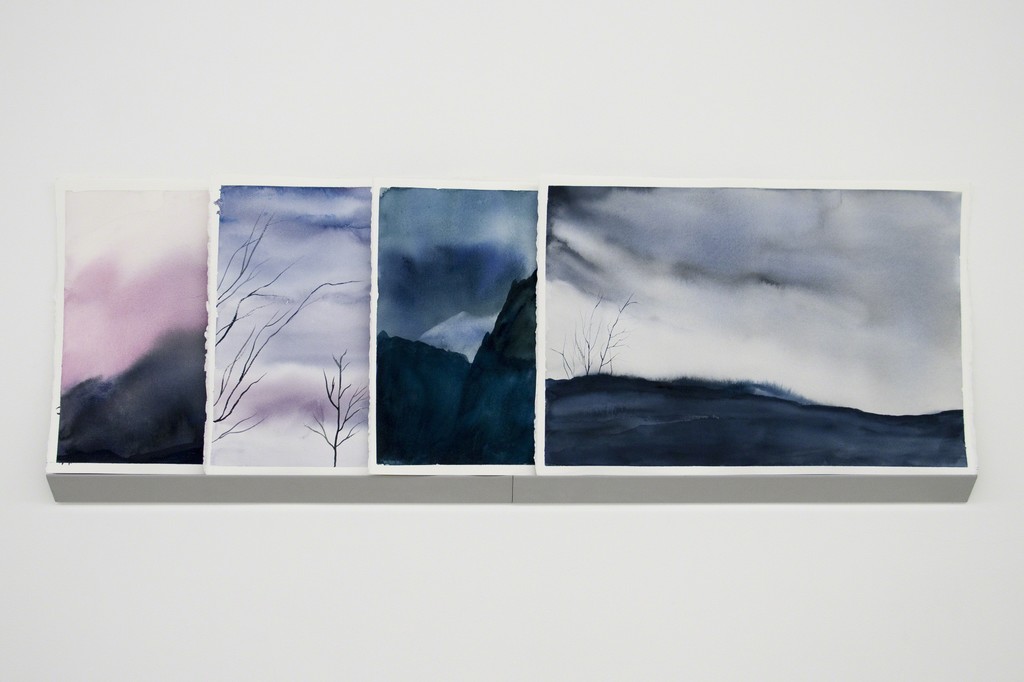 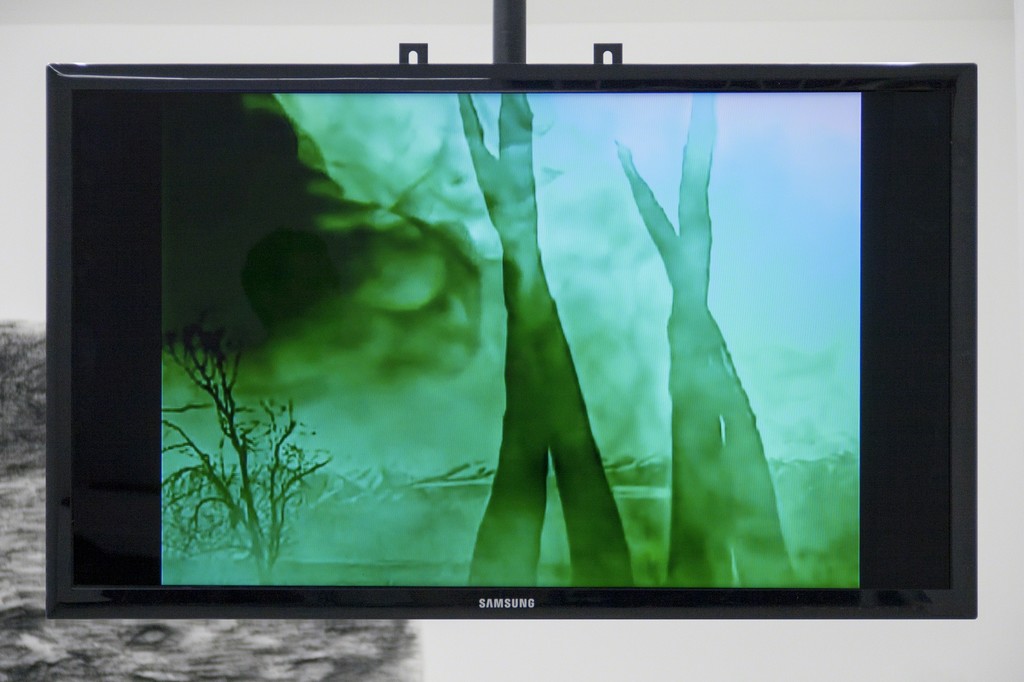 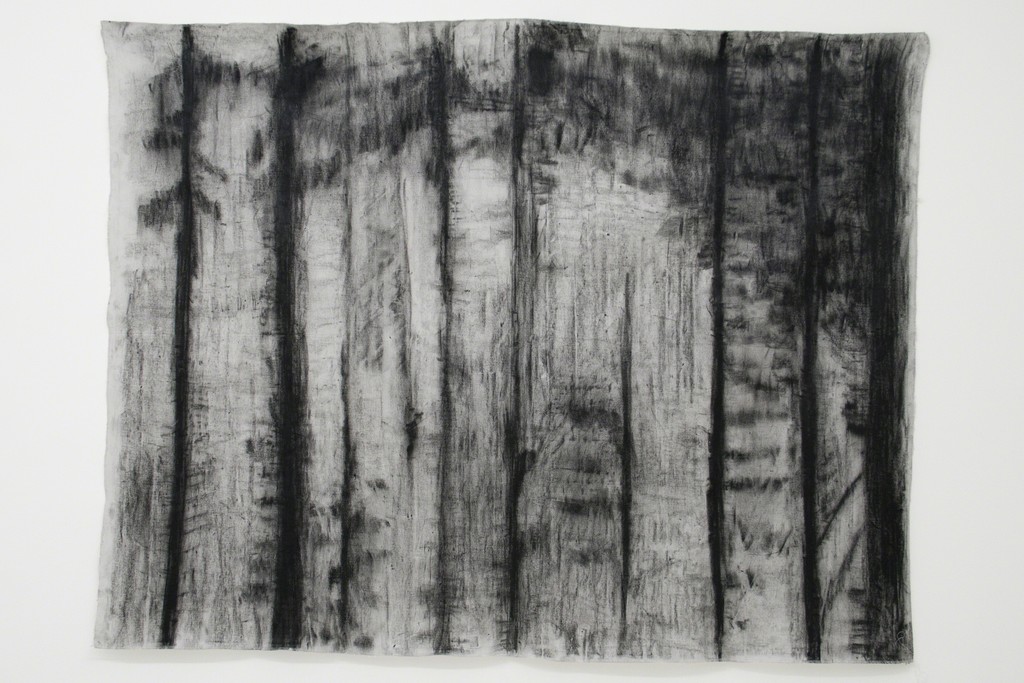 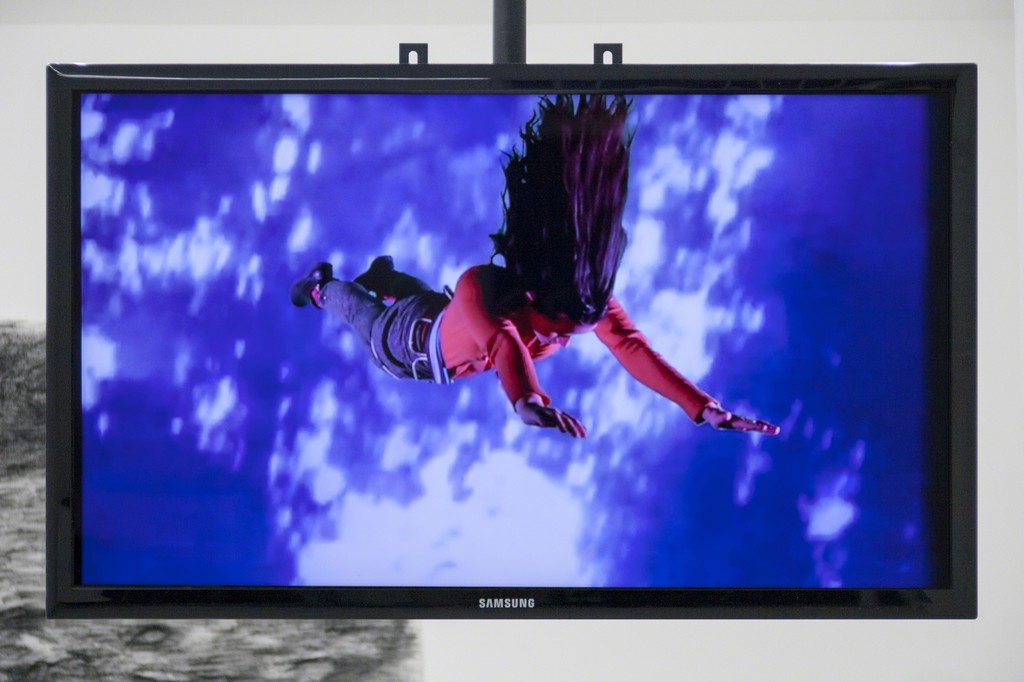 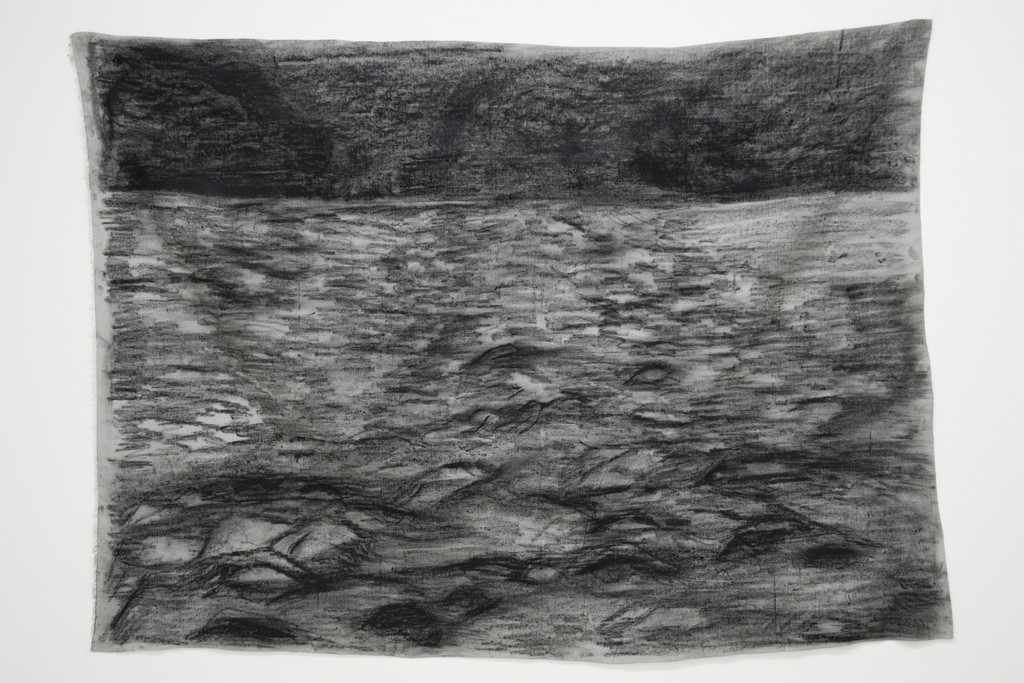 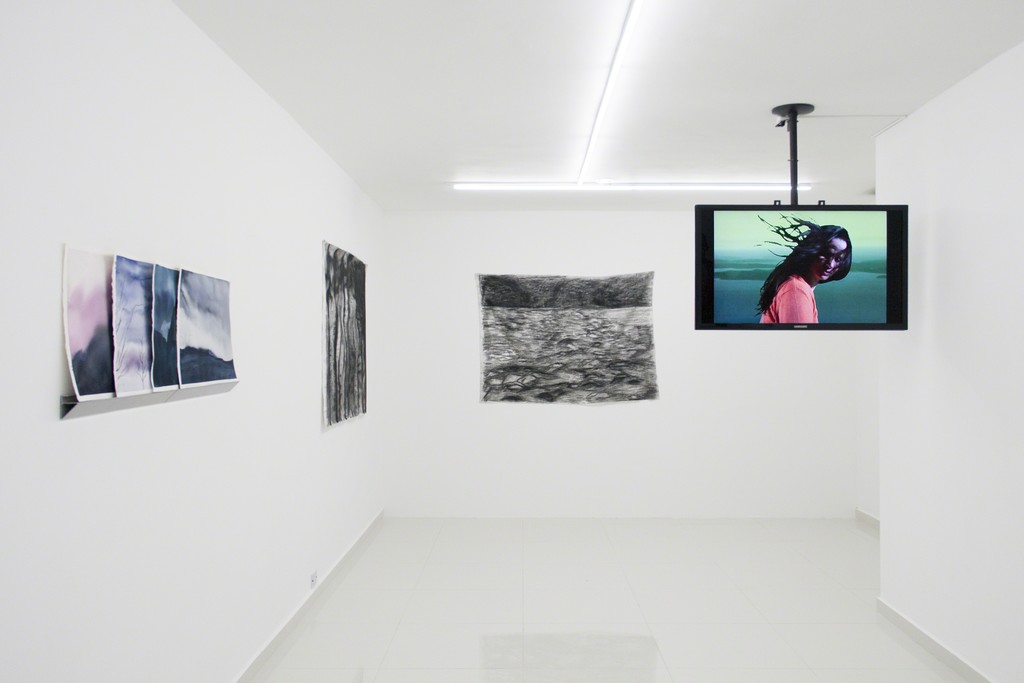 The landscape darken, there is fog, only the sound of some ravens cawing remains in the atmosphere. On the background, one or two storms; the black t-shirts, the black trainers, the black mouths, the black nails, black jeans, the black ice, other black textures; all clothes smell of death because they were buried weeks before and unearth the day of the show. There is such drama, such theatricality, that it is almost impossible not to feel that one is burned inside by tenderness. Because when the sinister and the obscure exceed their means, they become amusing messengers of innocence.

All of that that appears so macabre and so sordid also reminds a certain infantile primary fear. Fear of the forest and its creatures, the landscape that is no more the city, that is endless hence not measurable generate in us, urban inhabitants, an adolescent attraction. We go every now and then with our tents and torches and play to survive in the night, feel scared of slight noises we no longer understand, of insects and promises of a wild life. We are not prepared for such landscape, our recognition system fails us, we freak out, live the adventure with the bliss of knowing the greatest achievements of modernity await for us at home. We feel so out of place we idealize most of the creatures, also the people that live there.

We are souls lost between the city and the idea of forest, because we never know the forest in depth, we only reach its first plots, still enclosed, where we can see the city lights. There we put on costumes of other beings, we pretend to be mythical animals, or vampires or wolves. All our fantasies of being able to dominate those places become reality when we turn on a fog machine, faking the actual fog. That is, on certain occasions, our idea of hell.

That is the reason why Ana María Millán sources, for her work, Norwegian and Scandinavian Black Metal videos, theatrical exaggerations of the human mysticism, and extracts from them fragments where the landscape is clearly defined and transfer them into watercolours and drawings in oil pastel. She does not focus as much on the figure as on the background, in the scenery where it all happens, the scenography that holds together the action. She makes us look at the territory, so we understand in which ways we reinterpret it, how we fear it and transfer onto it the properties of fear, the clichés of fear.

The only moments we see human figures inhabiting these landscapes is when she, in the only video of the show, flies like the “Indian Superman” —what a troubling feature— and when we see the members of a Black Metal band from Cali laughing during the making of their video in the middle of a forest that seems hotter and damper than the rest. ¿What are they laughing about? I do not know, the video is silent, but that small gesture seems to throw into disarray the staging; everything that appeared gloomy gives itself away, the melancholic veil falls apart, the supports of the fake walls are visible and what is macabre now turns affectionate. They do not look that terrifying, neither that dark nor that Scandinavians, neither so Caleños, anymore, perhaps due to the excess of costume jewelry and leather.

Nice moment, now the watercolours appear to be made by the hand of a child, now the shroud-like drawings are like sketches for a painting of a beach, they only lack colour. And so it happens, one starts to look in circles and no longer tells apart, and again everything comes back to death and darkness, to those Scandinavians and Norwegians who burned churches and committed suicide for the cover of their next record; to blood, fluids and knives. Like souls lost between tenderness and death, between innocence and horror.

Born in 1975 in Cali, Colombia. Lives and works between Bogotá and Berlin.

Millán’s work locates a personal and skeptical voice in the narrative spaces of video. It looks into different forms of transmission of information in relation to subcultures, ideas of violence and exclusion discourses. It speaks from amateur culture and local stories, incorporating the possibilities and mistakes typical of rehearsals, as well as narrative forms considered dysfunctional.