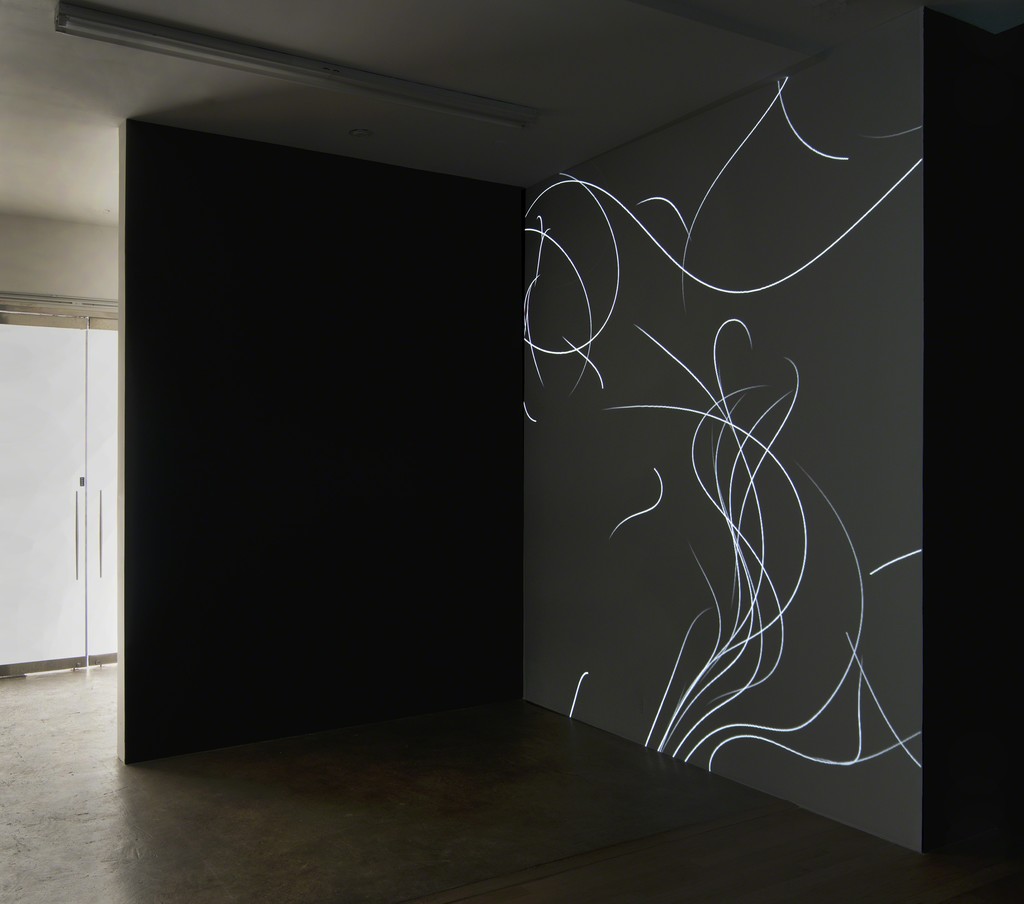 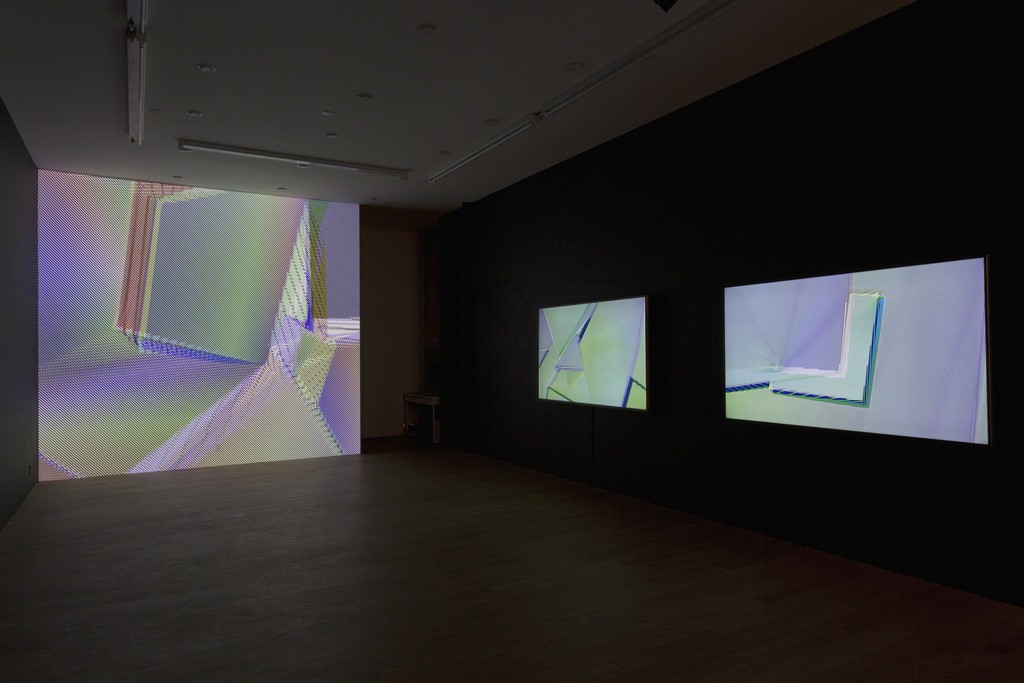 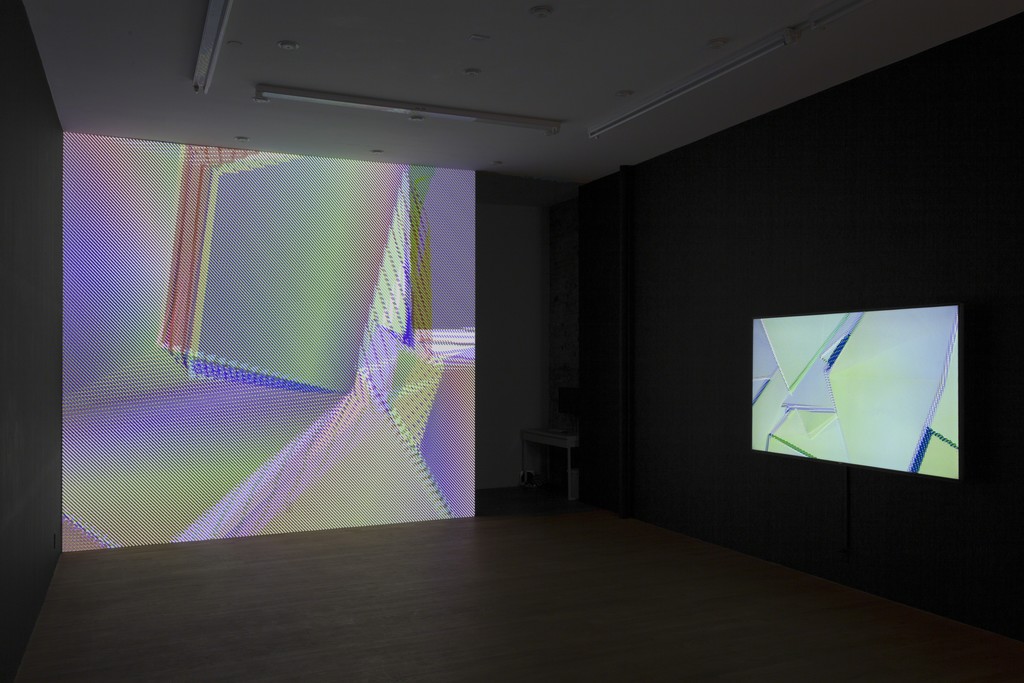 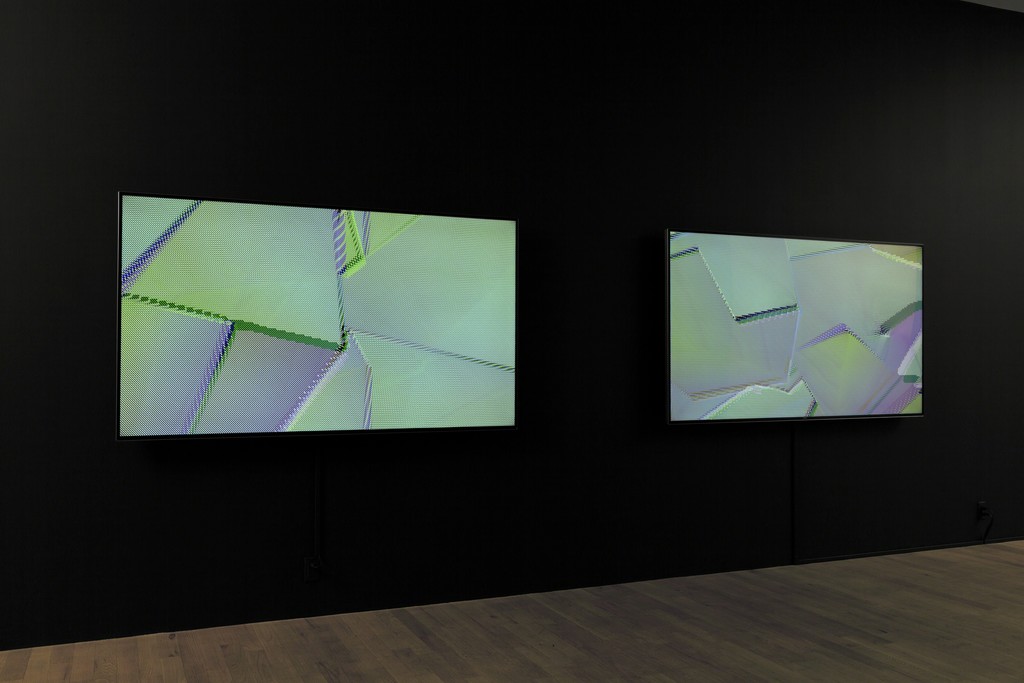 bitforms gallery is very pleased to begin its fifteenth anniversary season with "There's No Distance," Casey Reas’s fourth solo show with the gallery. One of the gallery's first represented artists, Reas's work was shown in the inaugural opening in 2001. This exhibition presents new work alongside early pieces, highlighting Reas's continued engagement with emergent systems.

The title of the exhibition refers to the performativity of software-based works. The work appears like traditional video or animation, yet the composition is ever-changing and dynamic. Reas locates his work between studio practice and performing arts: “With visual arts, the work is 'made' in the studio, then it comes to the gallery or the cinema to be presented. With performance, the work (music, theatre, dance) is planned in the studio and then 'made' for the audience. My software work is more like a performance; there's no distance between you and the image being made.” In Reas's work, the compositional arrangements that continually generate are always unique. The viewer is therefore experiencing an unrepeatable event.

Reas's new "Still Life" series foregrounds the exhibition. "There's No Distance" also alludes to the synthesis and compression of space within these works. Each is a simulated “still life”: a composition deconstructing a Platonic solid, composed of and presented as information. Dimensional space is flattened so that multiple planes of the same solid occupy the visual field simultaneously. There is no reference to the natural world, as the subject matter derives from pure geometry. These new works continue Reas's practice of creating a system that performs the work. The "Still Life" series specifically engages the artist's interest in the space between the subjective experience of being in the world versus the objective, analytical way the world is measured, divided, and defined.

The works are instructions-based and systems-driven, in that information is a “viable esthetic consideration.”1 The former is more familiar: As early as 1919, Marcel Duchamp instructed his sister and her new husband to hang a geometry textbook on their balcony, so that “the wind had to go through the book, choose its own problems, turn and tear out the pages.”2 Countless examples follow: László Moholy-Nagy’s "Constructions in Enamel" (1923), or “telephone paintings,” fabled to have been created by the artist relaying instructions to a fabricator via telephone; François Morellet’s "Random Distribution of 40,000 Squares Using the Odd and Even Numbers of a Telephone Directory" (1960); Yoko Ono’s instructional paintings of the 1960s, as well as the haiku-like instructions that comprise "Grapefruit" (1964); and the influential conceptual progenitor of instructions-based art, Sol Lewitt. The latter is what differentiates software as a medium. Hypothetically, instructions-based work of any kind could be reproduced simply by following those instructions. This is true of software, too, or reproducible media in general (printing, photography, cinema, video). Software, though, has what the artist terms a “conditional difference,” or, the ability to behave differently at each moment. Through defined systems, the work iterates endlessly.

"Path (Software 2)" (2001/2013) demonstrates the artist’s long engagement with drawing and software-based art. The fluid motion of the lines emerges from a set of rules adapted from the work of neuroanatomist Valentino Braitenberg. In the gallery vestibule, the text-based artwork "Yes/No" (2013) appears as a page ripped from "Do It: The Compendium" by Hans Ulrich Obrist, a collection of contemporary instructions-based works. The work includes Reas's original code alongside instructions by Morellet and an anonymous program found in the "Commodore 64 User’s Guide" (1983).