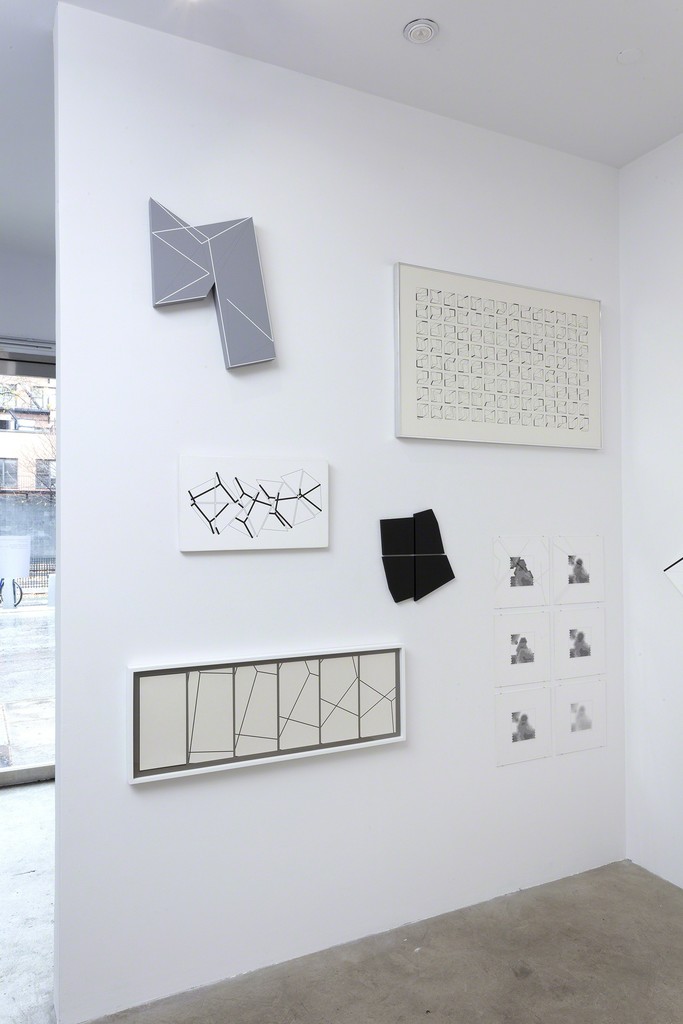 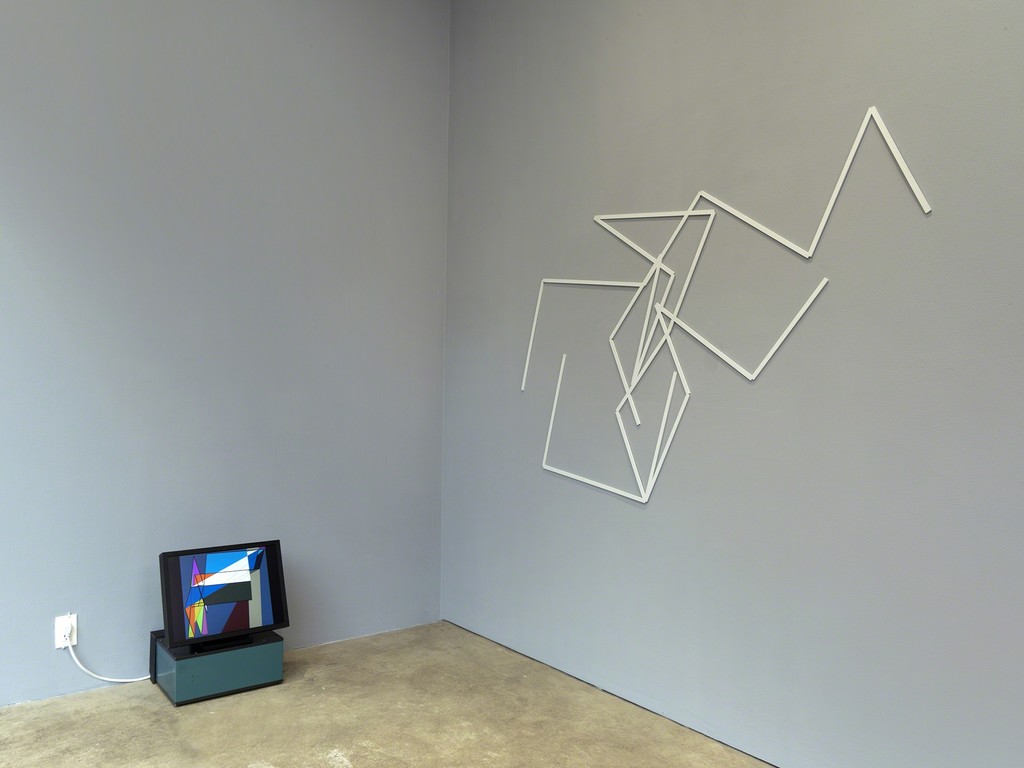 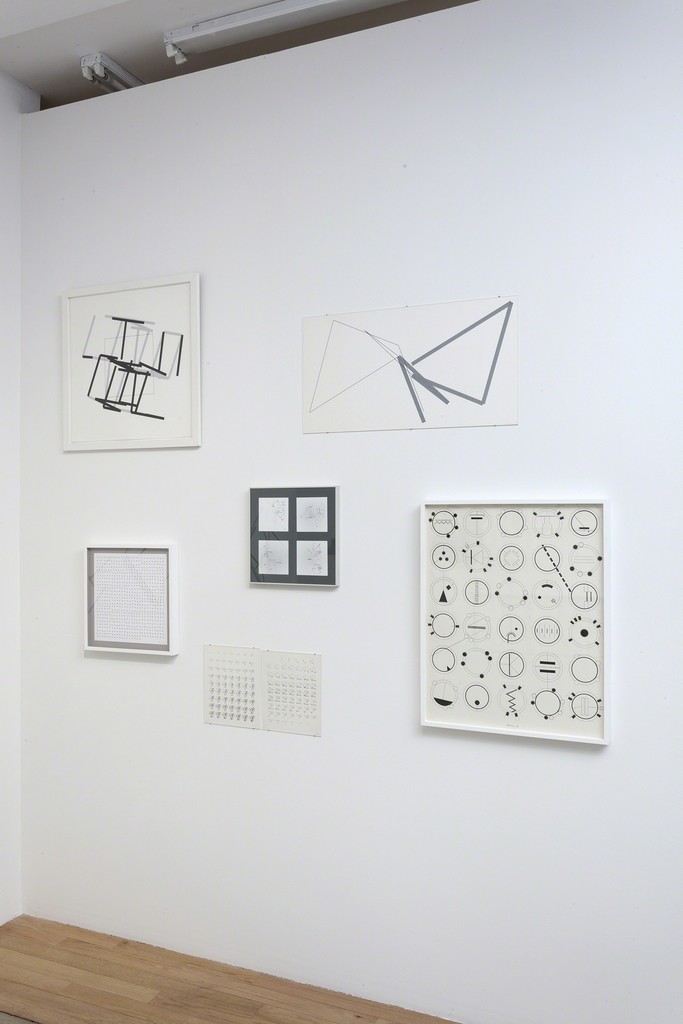 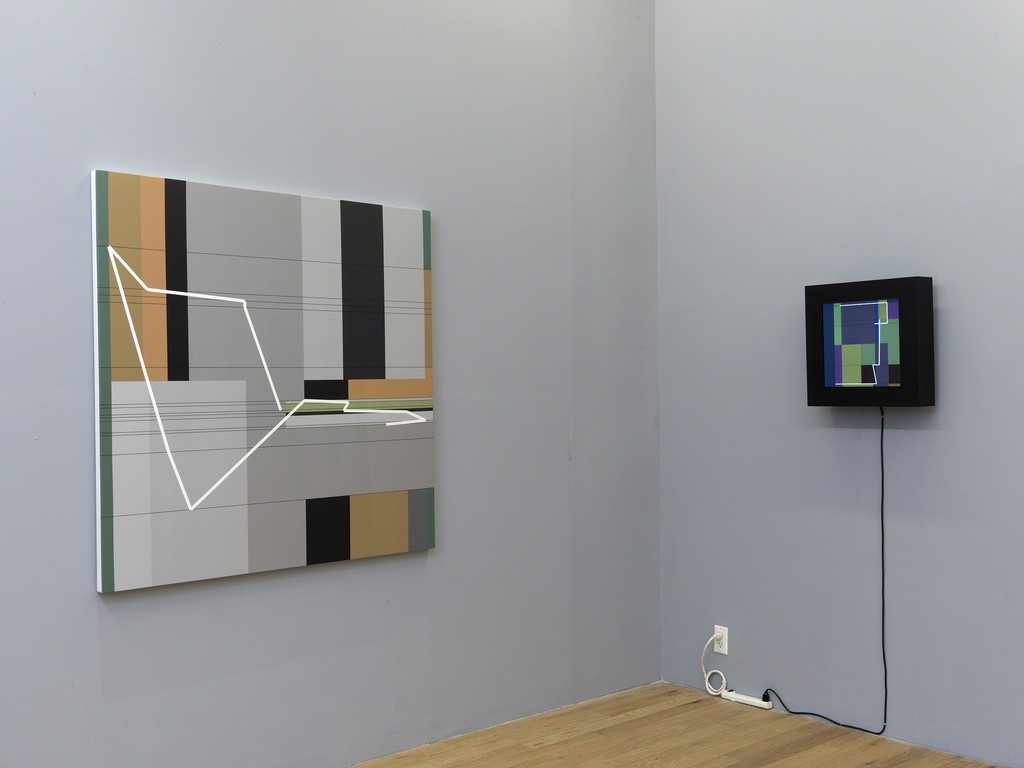 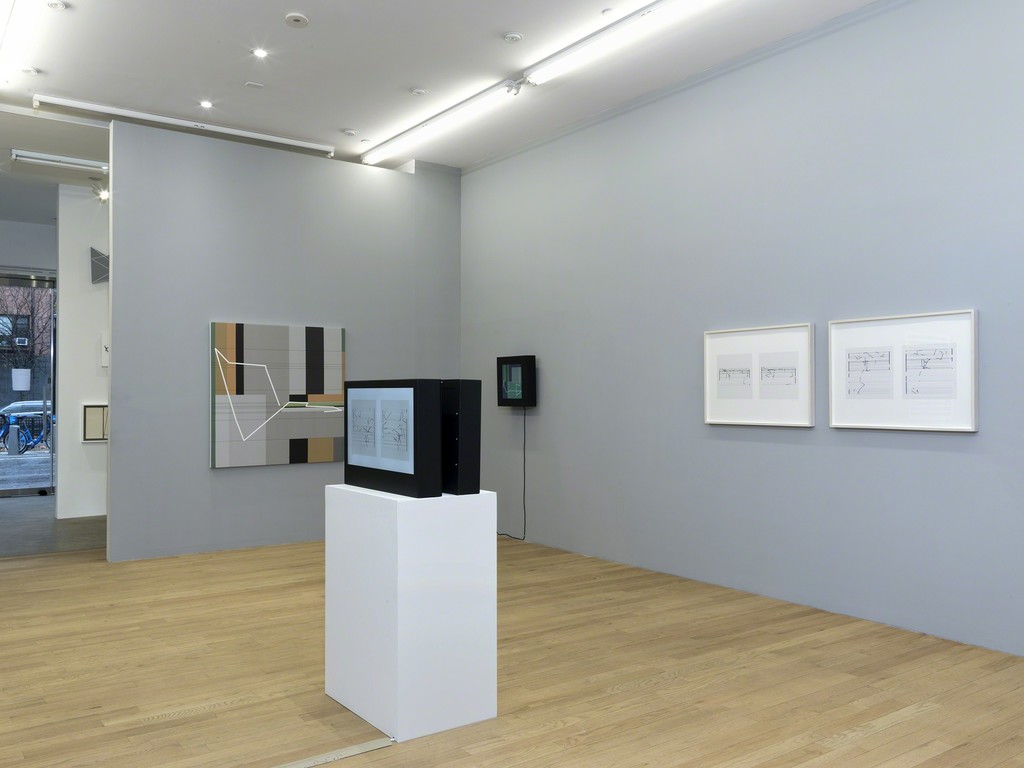 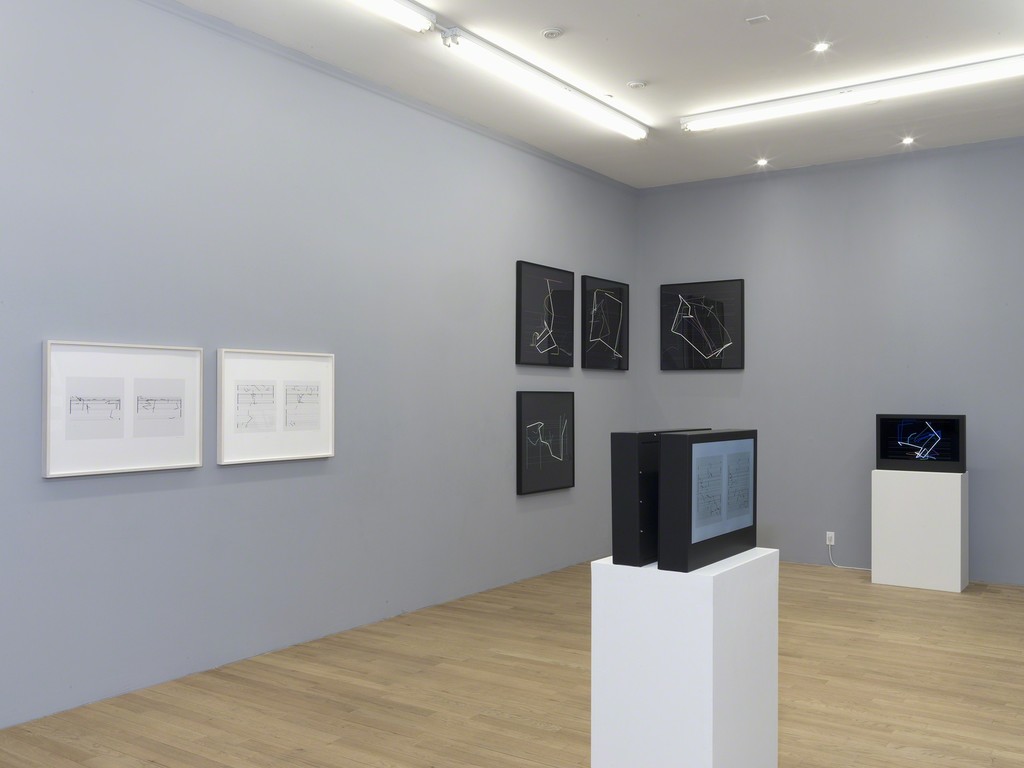 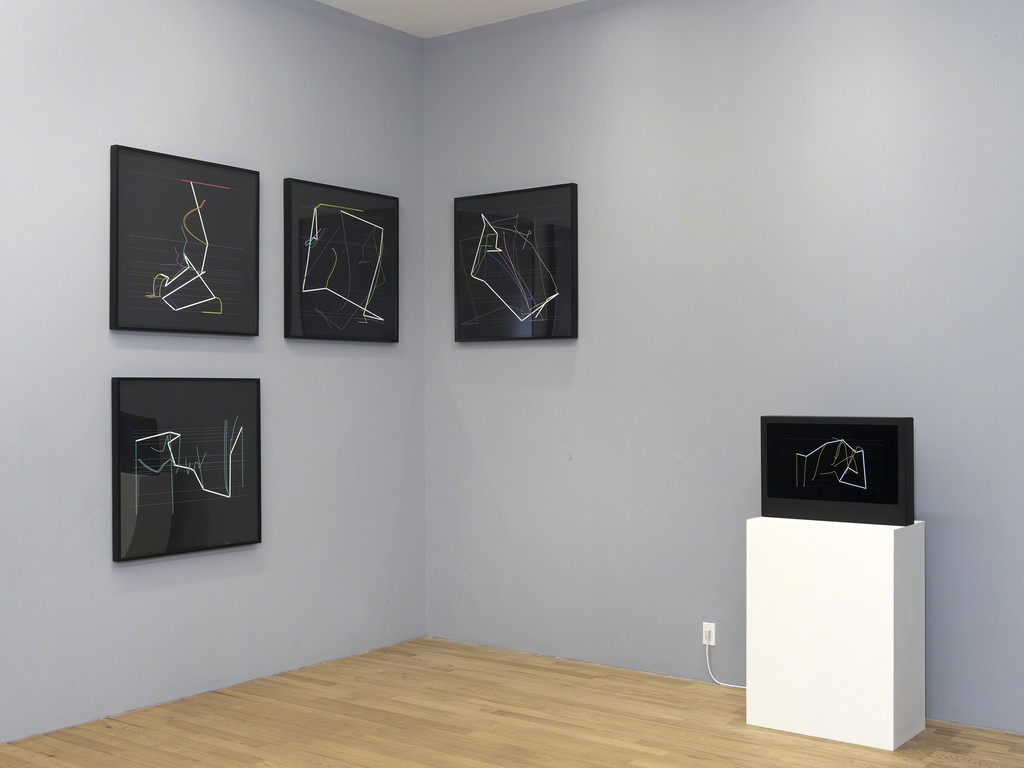 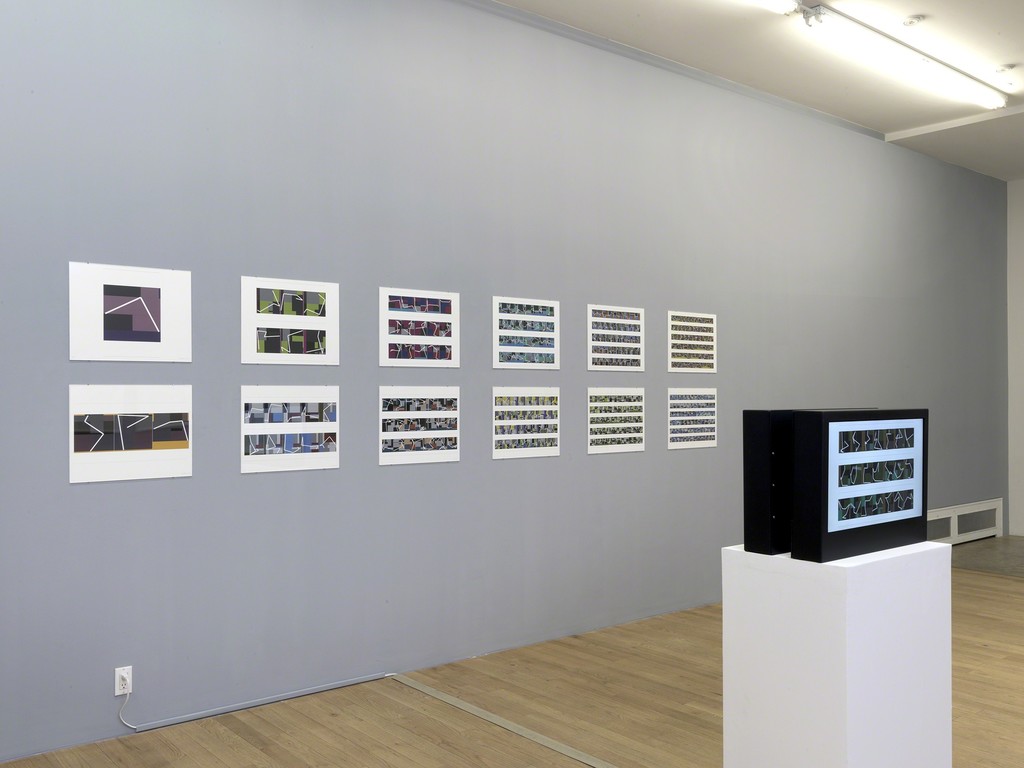 Manfred Mohr has been producing paintings, drawings, wall reliefs, and films using computers and algorithms since 1968. His fifth solo show at bitforms gallery, "Artificiata II" includes works from this new series alongside historic works, some of which have never been exhibited.

A leader in software-based and generative art, Mohr’s singular body of work made with computers spans nearly five decades. Trained as both a jazz musician and fine artist, Mohr’s discovery of German philosopher Max Bense’s writing on information aesthetics in the early 1960s radically transformed his artistic thinking. His abstract expressionist work shifted to geometric abstraction, a profound change in an artistic climate that reproached rationality. Still, Mohr sought to achieve the pairing of rationality and expressiveness he first recognized in music: Though musical notation is logical and rule-based, music itself is purely abstract in its form.

Upon meeting French computer musician and composer Pierre Barbaud in 1967, Mohr was introduced to algorithmic music. Fundamentally, an algorithm is a set of rules, and Mohr realized that he could invent a set of rules within his artistic practice. Using software as his medium, Mohr created a visual language based on the cube: if software is sheet music, the cube is its notation. While abstraction had previously been achieved through geometry or gestural mark-making, Mohr’s instruction-based conceptual work yields surprising results within a parametric framework. Already by 1969, Mohr had programmed his first computer drawings, and by 1971, he had a solo exhibition at the Musée d’Art Moderne in Paris where he demonstrated his process. First executed as plotter ink drawings, Mohr’s oeuvre now consists of paintings, drawings, artist books, sculptures, films, and computer animations.

Also in 1969, Mohr published his first visual artist book, "Artificiata I" (Edition Agentzia, Paris), comprising his last artwork drawn by hand. At the time, he proposed to create a second "Artificiata" book based on algorithms, calculated and drawn by a computer. Around 2012, Mohr’s visual research developed a strong relationship to the visual structure of musical scores, similar to the "Artificiata" of 1969. He decided to call his new body of work "Artificiata II," and at the same time created a visual book with the same title. Published in 2014, "Artificiata II" (OEI Editör, Stockholm) is the visual poetry book of computer drawings, exactly as Mohr had imagined it forty-four years earlier.

Given the breadth of this exhibition, bitforms gallery has produced a document available online, detailing the algorithms used to generate each work or phase of works on display. An exhibition catalogue with the most recent works from Mohr’s "Artificiata II" phase—including "Baseline," "Projections and Dimensions," "Parity," and "Traces"—has also been published.