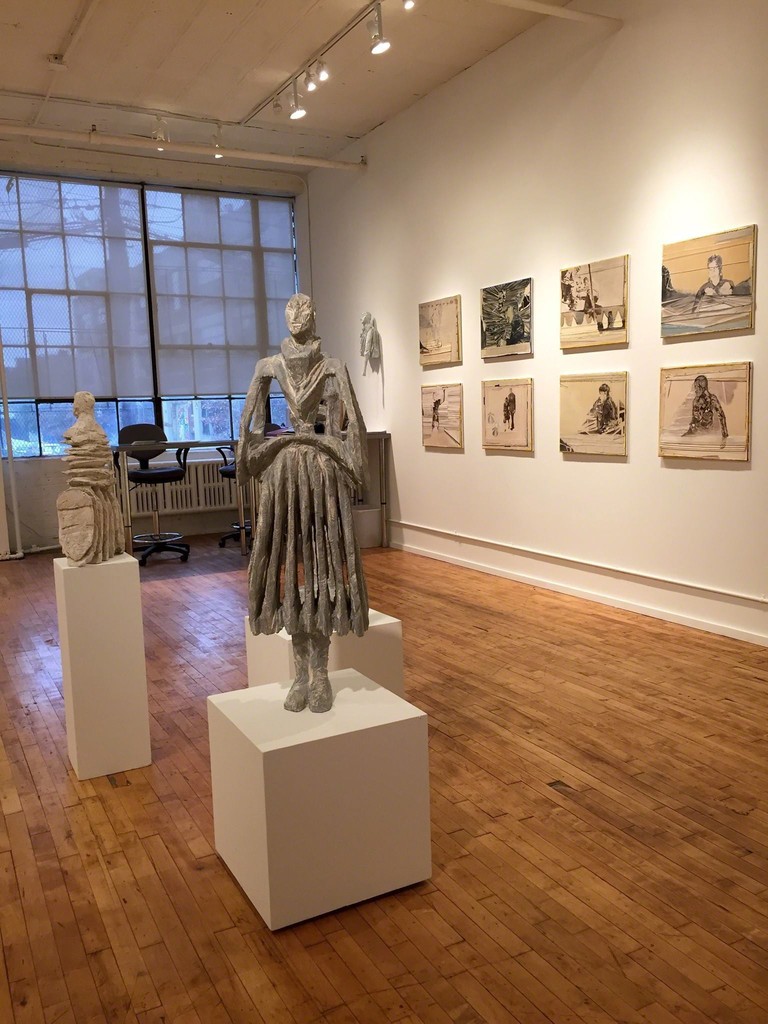 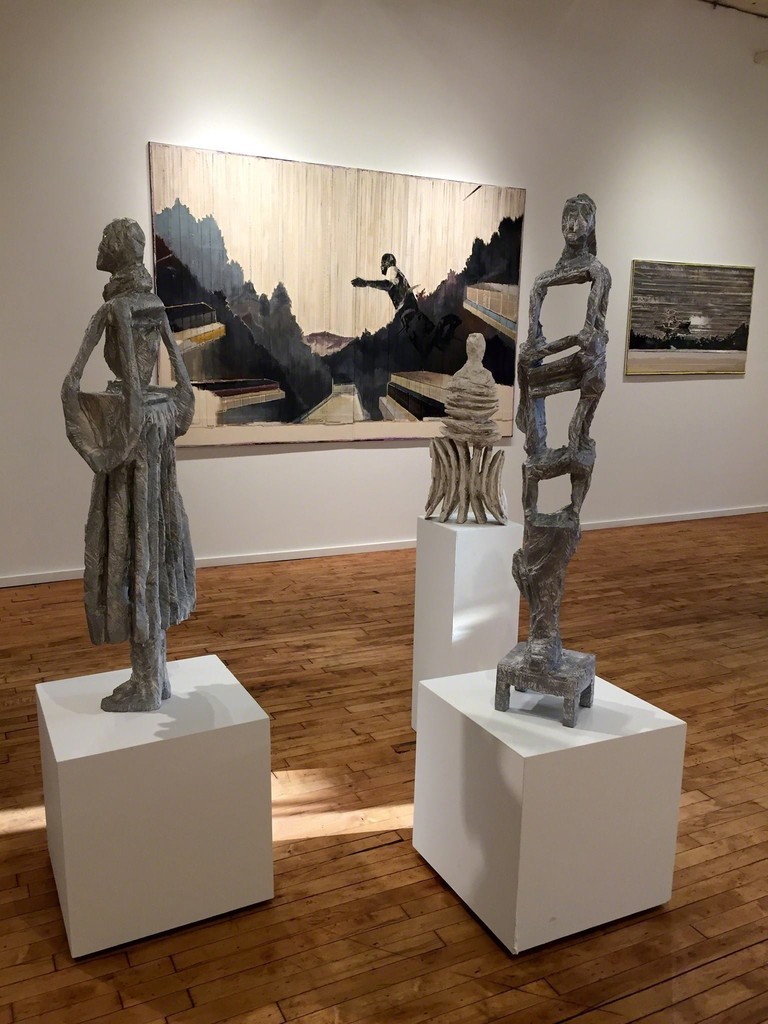 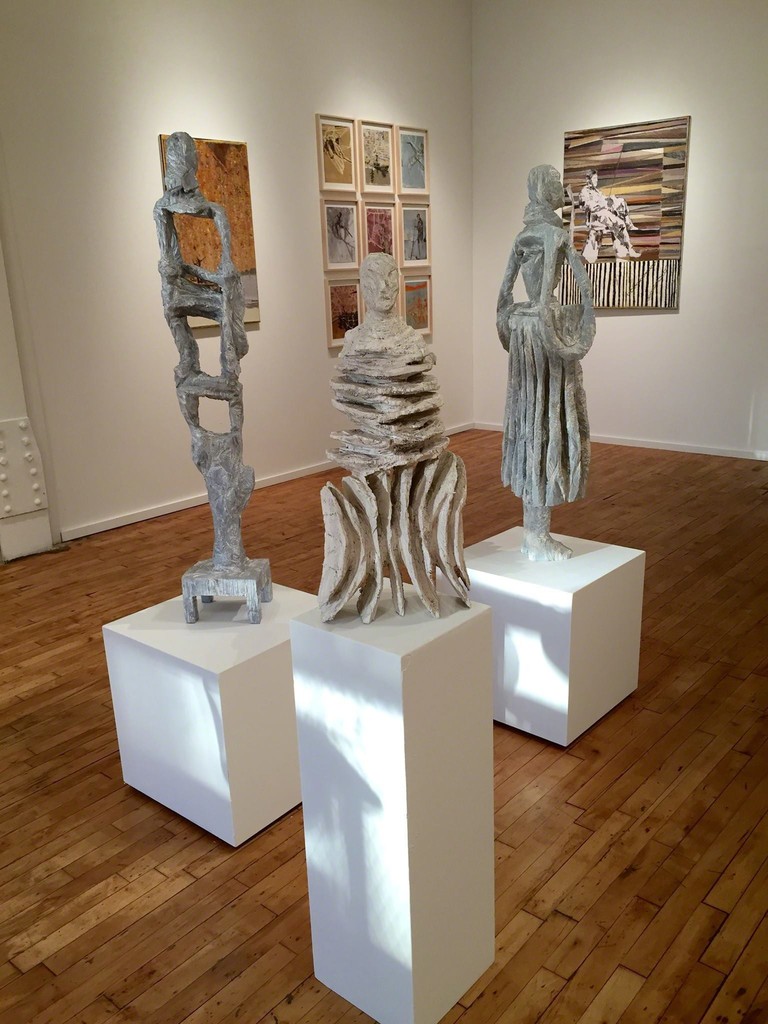 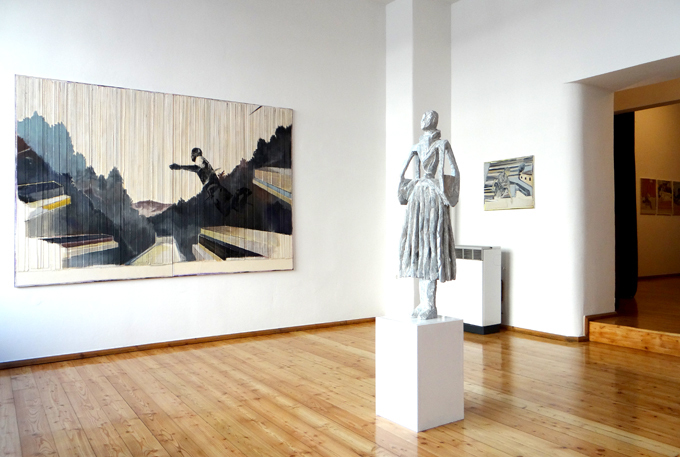 Black & White Gallery is pleased to announce the gallery's solo presentation of recent paintings and sculpture by the German artist Christofer Kochs.

The feature's title "A Slice of Life" illustrates a central theme in Kochs' imaginative and conceptual worlds, where people move through hostile nature, cautiously avoiding a sudden fall into crevasses, cracks in the mountains, and into the depths of a folded canvas. The works range freely and impartially through the fields of painting, sculpture and drawing unfolding in time, as the images stall and stutter, giving way to silence and space for thinking and looking. The scenes in Kochs' works have lonely rowers setting out on their journeys under a polar starry night sky, alpinists, hunters, cyclists daring to skate on the icy layer of a painting, and girls in light summer dresses in the high mountains, fearfully clasping on to each other and traversing the fragile snow with bowed heads, advancing timidly, carefully, and feeling with their own hands what kind of reality opens up before them.

Beneath the beauty of Kochs' seductive surfaces we find a conceptual core and a deep intellectual engagement with his subject matter. The relief-like surfaces are created through diverse and complex layers of canvas strips, paper, cardboard, oil paint, ink, charcoal and graphite, far exceeding the limits of conventional painting and drawing, to give an impression of spatial depth. Kochs' use of found items and used objects convert his observations of daily life and its intrinsic qualities into a fresh narrative. These figurative paintings, and the paintings' figures, approach the viewer in a quietly intimate and simultaneously strange manner as if we have just met them or in our recent past.

Christofer Kochs was born in 1969 in Osnabrück, Germany. He studied at the Munich Academy of the Arts and has received numerous prizes, grants and lectureships. His work has been included in several group exhibitions at Black & White Gallery and presented at art fairs in Miami and New York. For the past decade his work has been shown in solo and group exhibitions in many galleries in Europe. In 2014 he had a retrospective exhibition at Kunstverein Eislingen, near Stuttgart, Germany. He currently lives in Osnabrück and works in Augsburg where he named his studio Heile Welt (Perfect World).