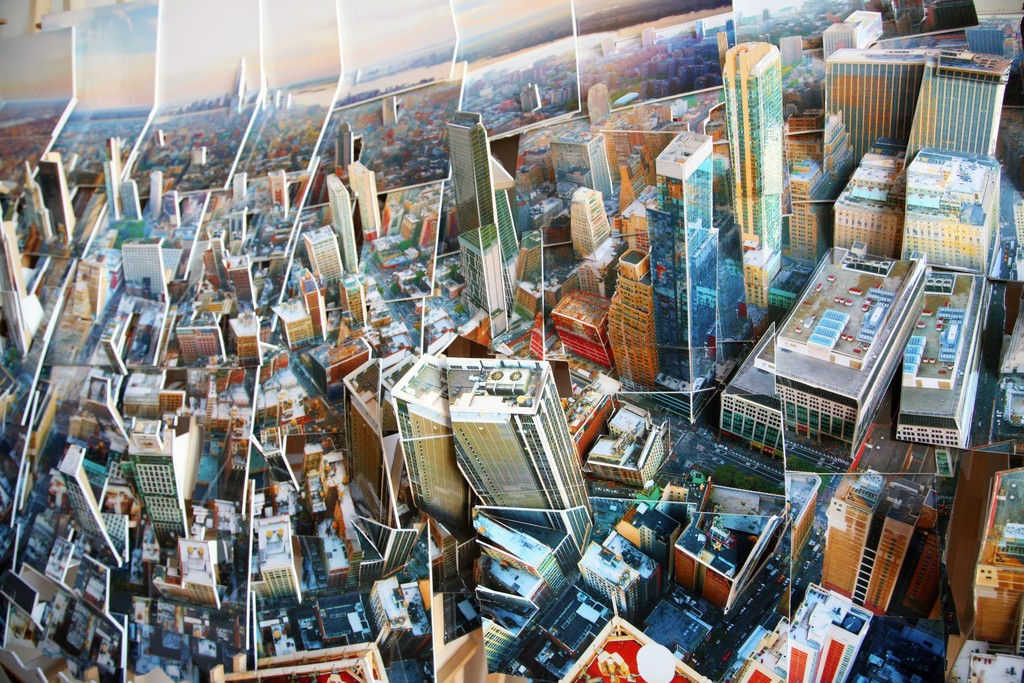 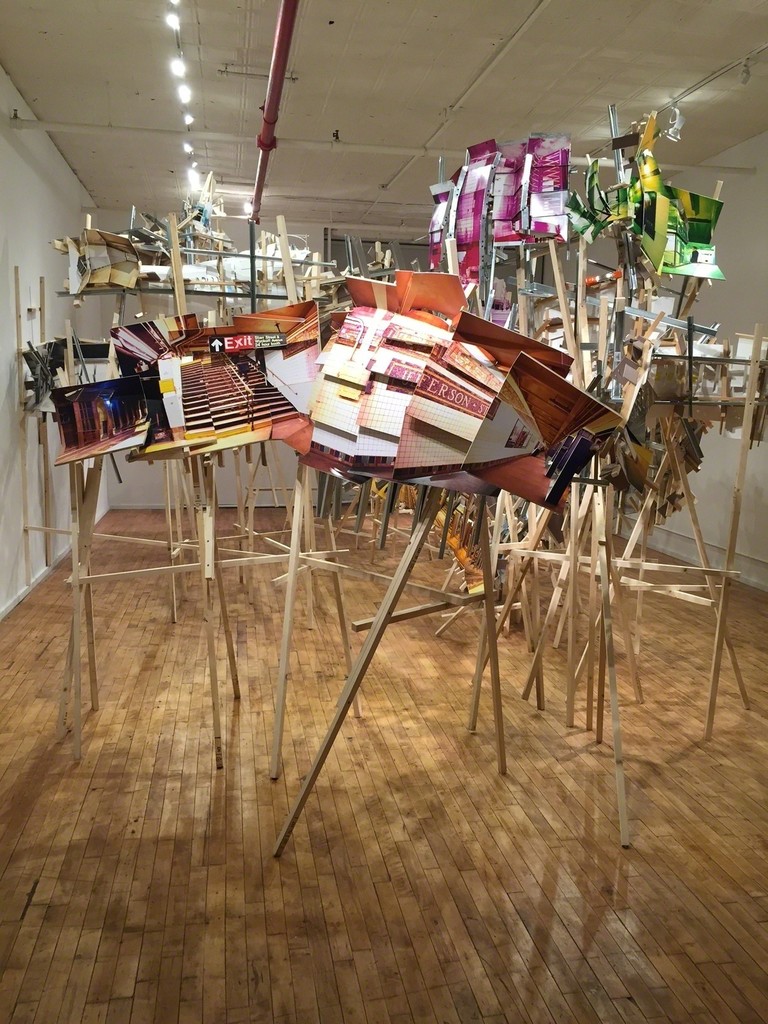 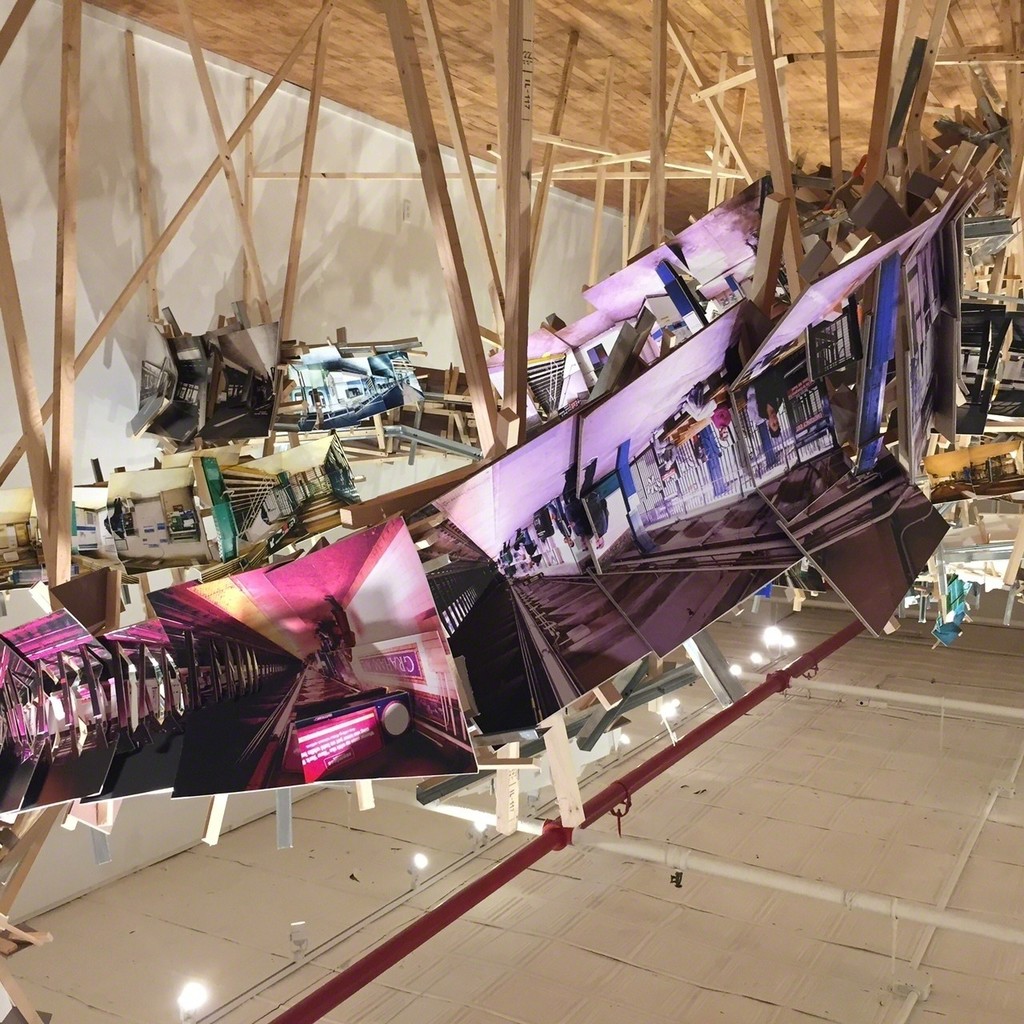 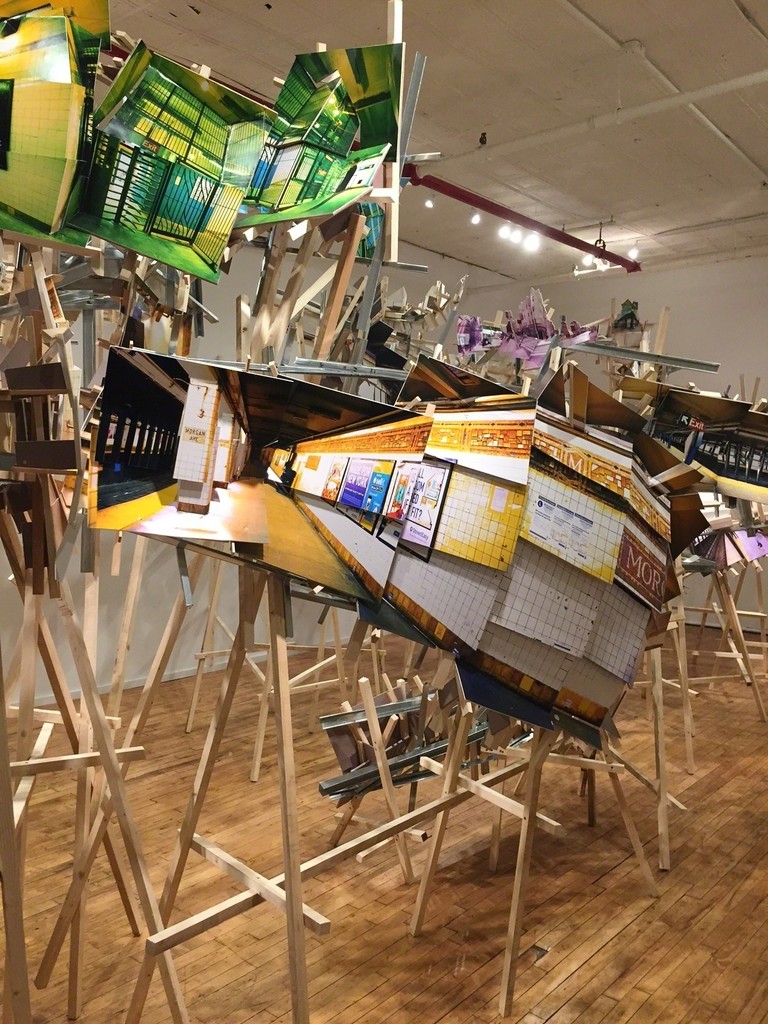 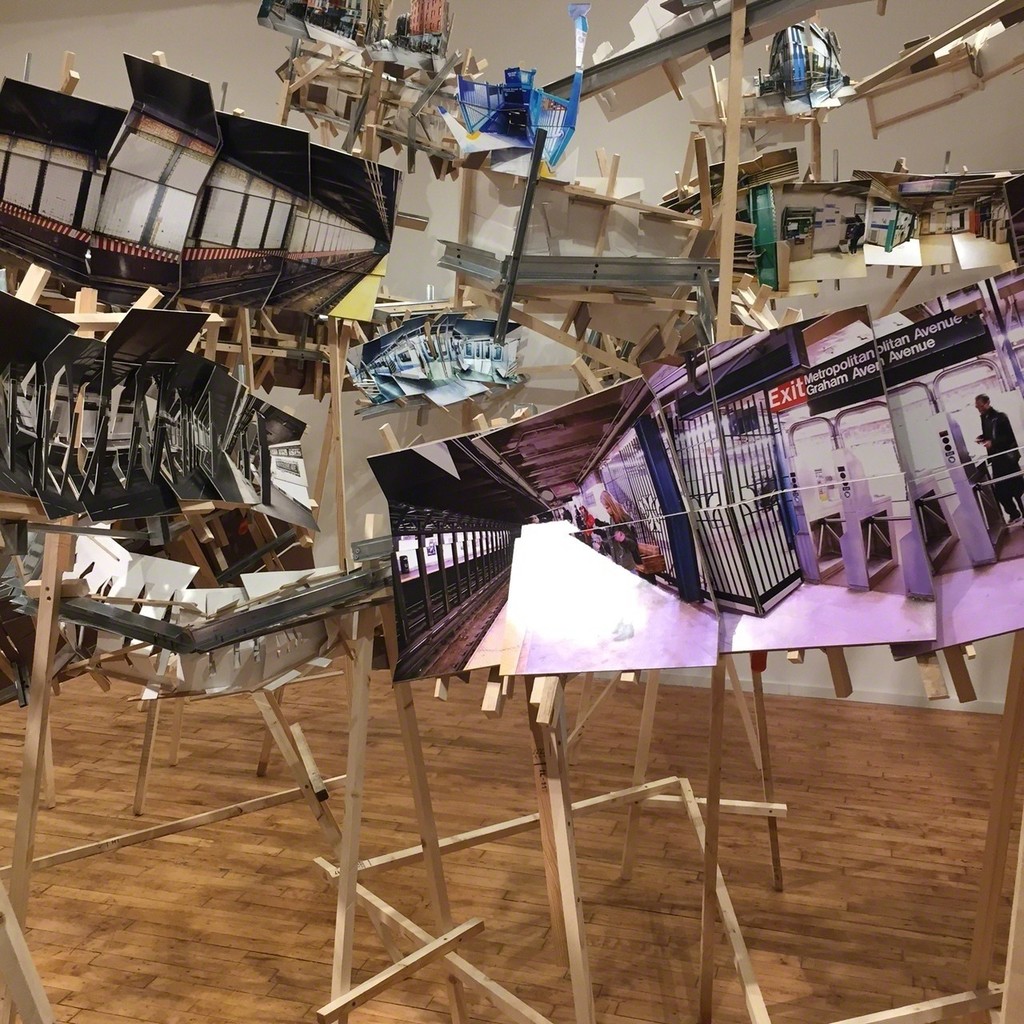 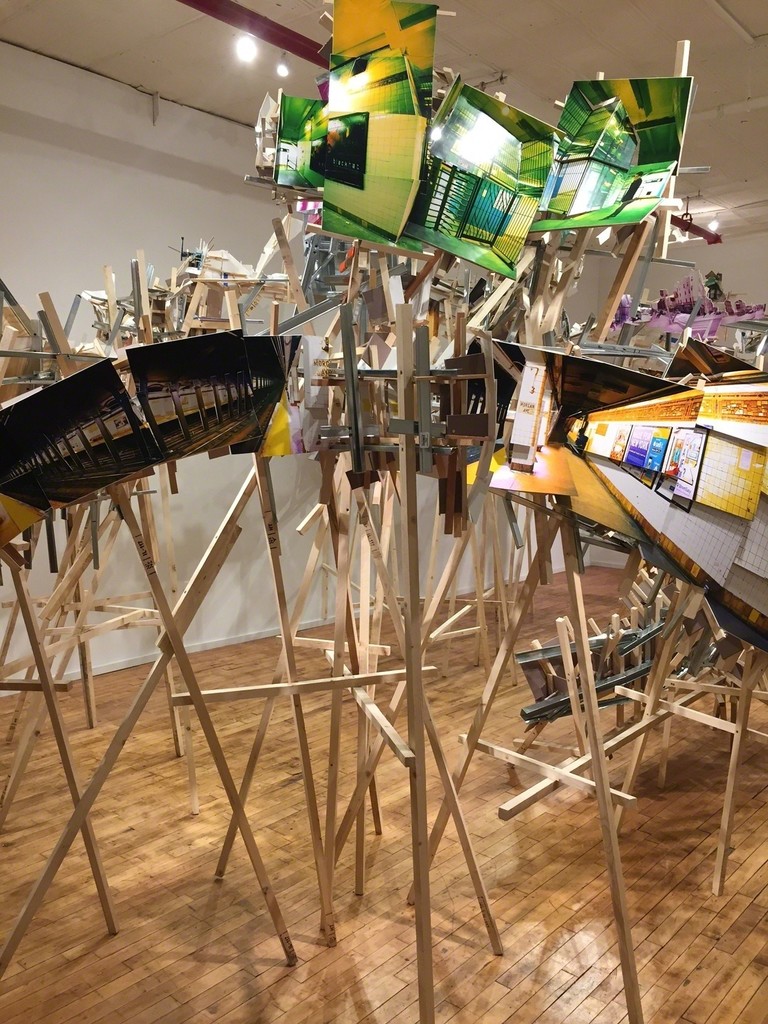 Isidro Blasco: New York Moments is the world premiere of Blasco's massive piece New York Wave and excerpts from Above and Under L-Train - Blasco's site-specific installation on view at the gallery's Bushwick location from February 26 to April 10, 2016.

Blasco's new large-scale architectural environment is an impressive structure that merges conceptual and physical spaces, actively encouraging viewers to become adventurous participants. 'Above and Under L-Train’ invites the audience to ponder the complexities of systems hidden beneath the surface. It strives to capture the disorienting appearance of integration of visceral forces that may not be easily perceivable and create an atmosphere of uncertainty.

Artist Statement
We use the subway every day and we don’t know how it works, how many parts are involved, how everything comes together to make it happen. I imagine it is a big mess--a lot of metal structure holding the dirt back in the shape of the tunnels, metal I-beams holding the ceiling, large slabs of concrete holding the walls. The seamlessness of it all seems purposely disorienting. Especially when I have only fragmented images: the dark tunnels, the illuminated platforms and stairs. In an effort to relate to these places, I’ve tried to introduce an emotional restraint/dynamism that doesn’t imply destruction so much as disorientation — the unsettlingly simultaneous expansion and compression of space that the urban dweller experiences. I’ve invited people to walk through this installation, to experience these semi-familiar spaces, noticing here what had changed too slowly and incrementally for them to notice in the real world.

Process
Isidro Blasco combines architecture, photography, and installation to explore physical and psychological terrains. Blasco uses digital images and building materials to create large- and small-scale architectural environments and three-dimensional reconstructions of neighborhoods, producing snapshots of cityscapes that play with perception. Beginning with a viewpoint of a building, or an interior or exterior space, Blasco takes photographs and pieces together images into photo-sculptures, reminiscent of Cubist collages with their multitudes of angles. Blasco’s slight distortions of perspective produce scenes that can appear both recognizable and unfamiliar. “I connect my experience as an outsider who walks the streets and interacts with the city with my more intimate feelings about closed and private spaces,” he says.