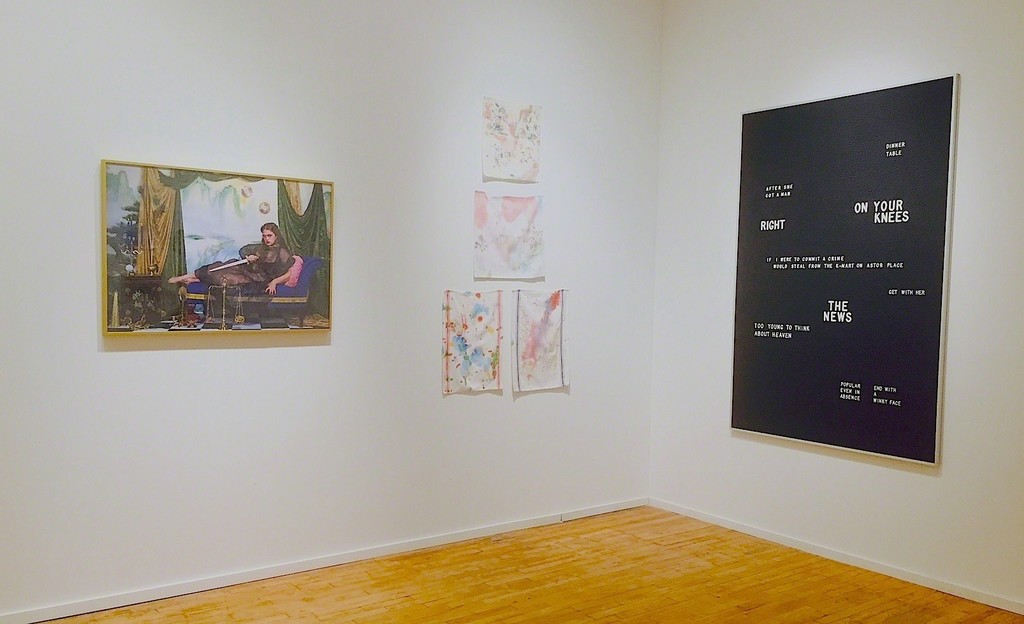 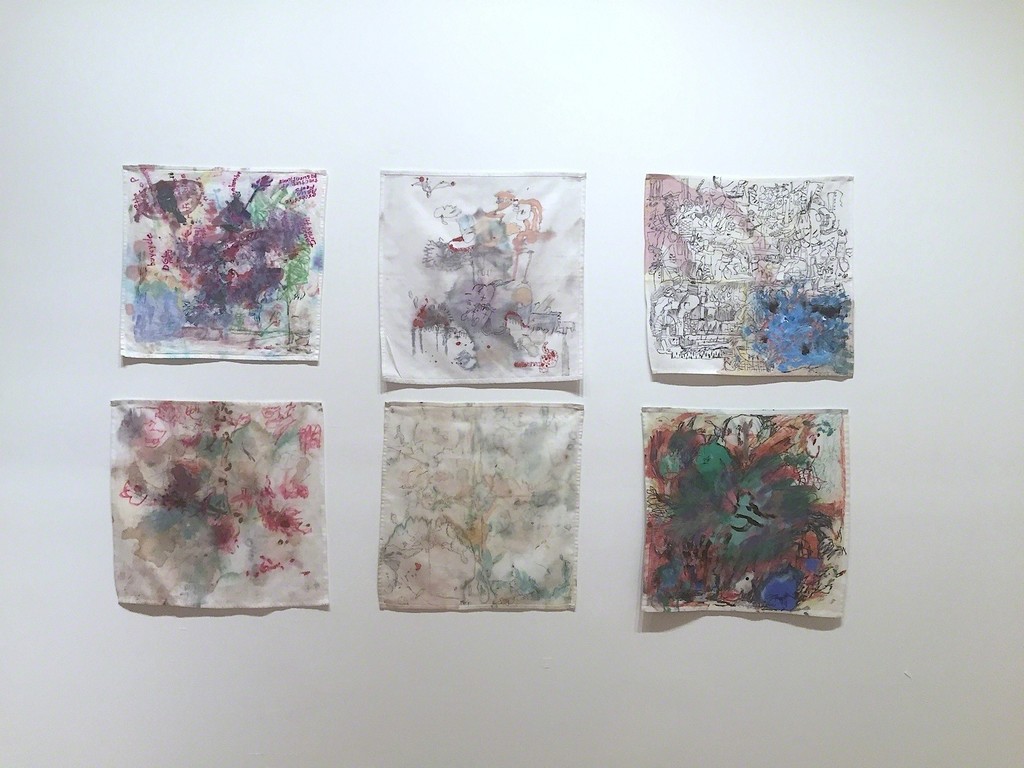 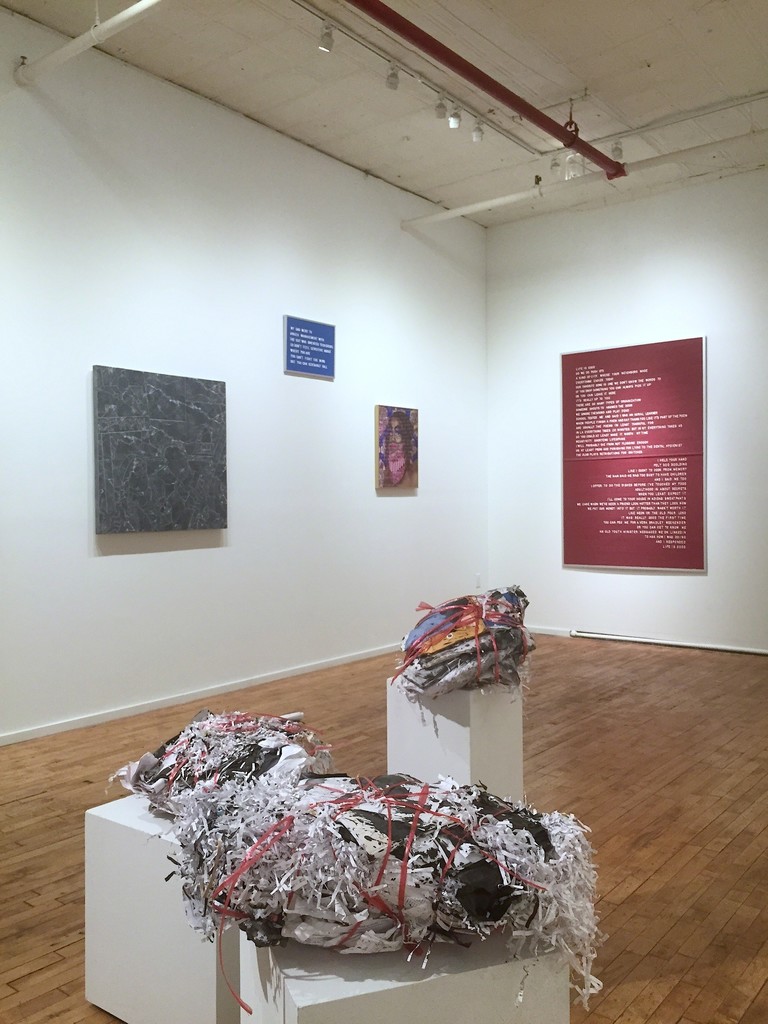 Black & White Gallery / Project Space is pleased to present a thematic exhibition that takes a broad look at the psychological legacy of post-digital culture exploring feelings of anxiety and its social condition. FOMO is not just an acronym for the "Fear of Missing Out" syndrome caused by an obsession for connectivity and being recognized, but a state of being. It's a current way of life that is defined by participation rather than representation, creating immediacy therefore anxiety. This group of artists capture, explore, challenge, and foremost acknowledge the complexities of historicizing oneself and the present, in a time when a singular institutional narrative has collapsed.

This feeling of anxiety manifests itself in many different forms amongst the artists in this show through issues concerning identity, social responsibility, social inclusion, and exchange. Anastasia Ax's sculptural paper bales, part of her performance The World As Of Yesterday, have been left from her recent project at the gallery. They are now artifacts, remnants, of a powerful event that reached its apex in the past, experienced in heightened visuals, performance, and sound the night of its opening. Surviving in residue, the bales make us wish we were there, like getting to the front of a good party the morning after. Joe Bochynski's ceramic engraved Civic Panels are a visual survey of his efforts to try and be a good, civic person. The work is his way of acting on his anxiety about leaving a lasting, measurable impact on civic life - scoring an urge to be worth being remembered into a medium that is too heavy to throw out. In parallel, the message is the medium in Nicole Reber's poetic letter board series. Embedded pop cultural memes and streams of consciousness create a time capsule, a cultural barometer of language, impression, and feelings, and invoke the pressure to gain lived moments that grows around us. Ross Simonini's intimate Anxiety Napkins are a declaration of his daily exchanges, whereabouts and thoughts. Starting from a restaurant napkin during a meal, they capture his physical and mental states as they are carried through daily activities in his environment. Once he can look at a napkin with little to no anxiety they are finished. The anxiety is absorbed. Photographer Rachel Stern's self-portraits confront the tension we carry between our real-selves and our adorned selves - pushing the limits of the perception one has of themselves in a space that is seemingly timeless, such as a photograph. Her way of processing her malaise is to literally historicize herself within a narrative from a gilded time that is both respected and fabulous.

In an age where we know more of what’s out there, we feel less than or that we’re making the wrong decision in how we slice up the pie - no matter how we slice it.