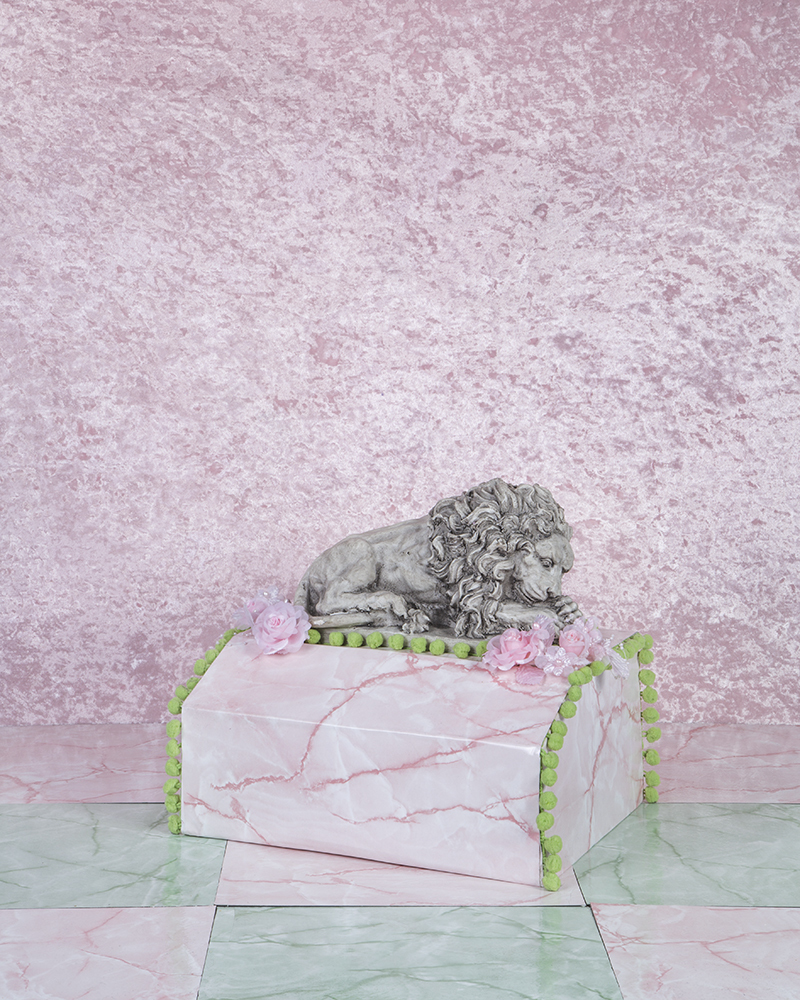 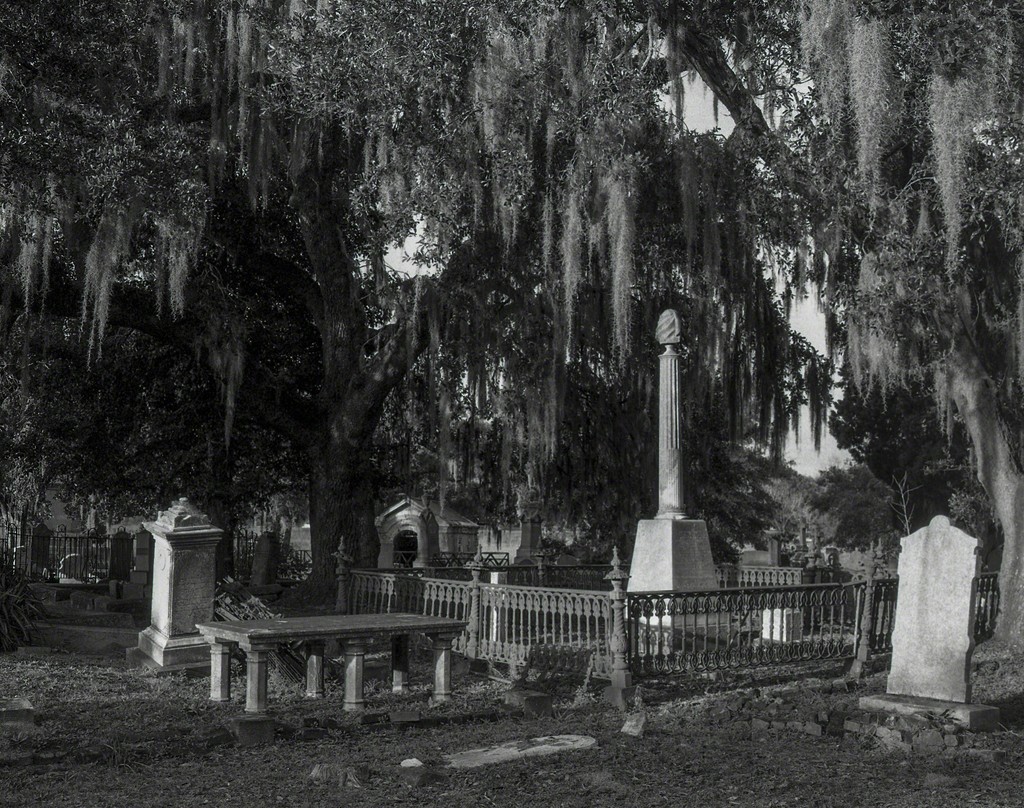 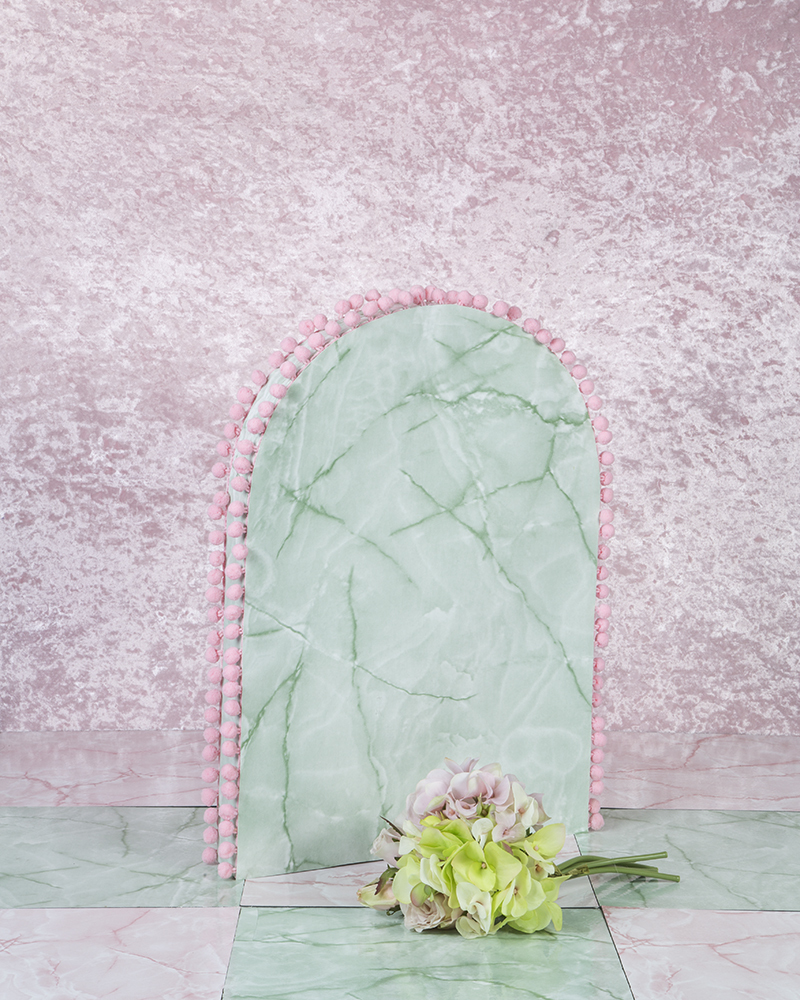 "Yes, death. Death must be so beautiful. To lie in the soft brown earth, with the grasses waving above one's head, and listen to silence. To have no yesterday, and no to-morrow. To forget time, to forget life, to be at peace." - Oscar Wilde

For her first solo project with Black & White Project Space, New York-based artist Rachel Stern turns her lens away from the studio and constructed tableaux, and towards the enigmatic natural landscapes of rural cemeteries, a cultural feat of elegant design, sculpture and elaborate gardens.

In Yes, Death, comprised of a new photo series and accompanying immersive installation, Stern reclaims the Mid-Nineteenth Century vision of the "garden cemetery." Here, the burial site, an entity that we put indefinite amounts of energy into avoiding, is returned to its original functions - of play, leisure, and horticultural grander. The title of the show, taken from an Oscar Wilde quote, gives way to the artist's conspicuous sense of humor, and continuous play with multiple narratives, perspectives, and iconography.

Yes, Death places the viewer within a universe of reflection. When you walk out, consider whether Stern has bent your feelings about death, and how you feel about being in a cemetery and being at peace. As prompted by the artist, "It can be kinda' cute."

The photographs on view were taken during Stern's visits to rural cemeteries in America's South through Columbia University School of the Arts Dean's Travel Grant. Some cemeteries included are Hollywood in Richmond, VA, Bonaventure in Savannah, GA, and Magnolia in Charleston, SC.

The work is an extension of an ongoing Instagram program #MsRSChurchNGrave.

The rural or garden-style cemetery became popular in American urban centers in the Mid-Nineteenth Century. These burial sites were meant to feel and function like parks. Inside the cemetery gates one can sense the tension within a landscape that is highly cultivated to appear natural. It is an all-consuming experience to ramble through these grounds and happen upon tableaux of memorials and landscape - a forced melancholic picturesque. Yes, Death. includes photographs made in such cemeteries in the American South in 2016 alongside a pastel-colored cemetery plot. The sculptures accompany the photographs of these monument parks with the same spirit of the design concepts presented in the garden-style cemetery.

Rachel Stern (b. 1989) lives and works in New York City. Stern is a 2016 Graduate of Columbia University's MFA program in Visual Arts. She received her BFA in photography and the history of art and visual culture in 2011 from the Rhode Island School of Design, attended the Skowhegan School of Painting and Sculpture in 2014. Stern has exhibited works at Daniel Cooney Fine Art, Invisible-Exports, Pioneer Works, Northern-Southern, the Flash Forward Festival, and was included in Humble Arts Foundation's 31 Women in Photography at Hasted Kraeutler. Her work has been featured in two issues of MATTE Magazine, Blink, Still, VICE Magazine, Art F City’s 2015 Naked Panda Calendar, Outpost Journal, Gyroscope Prints, and Gather Journal.