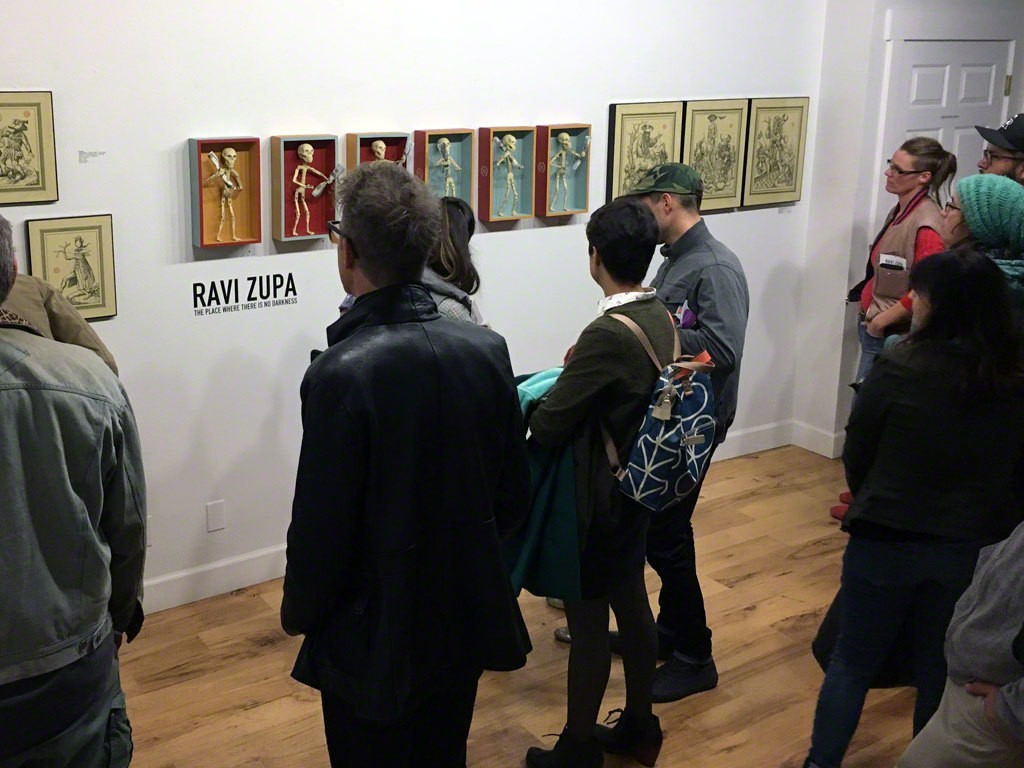 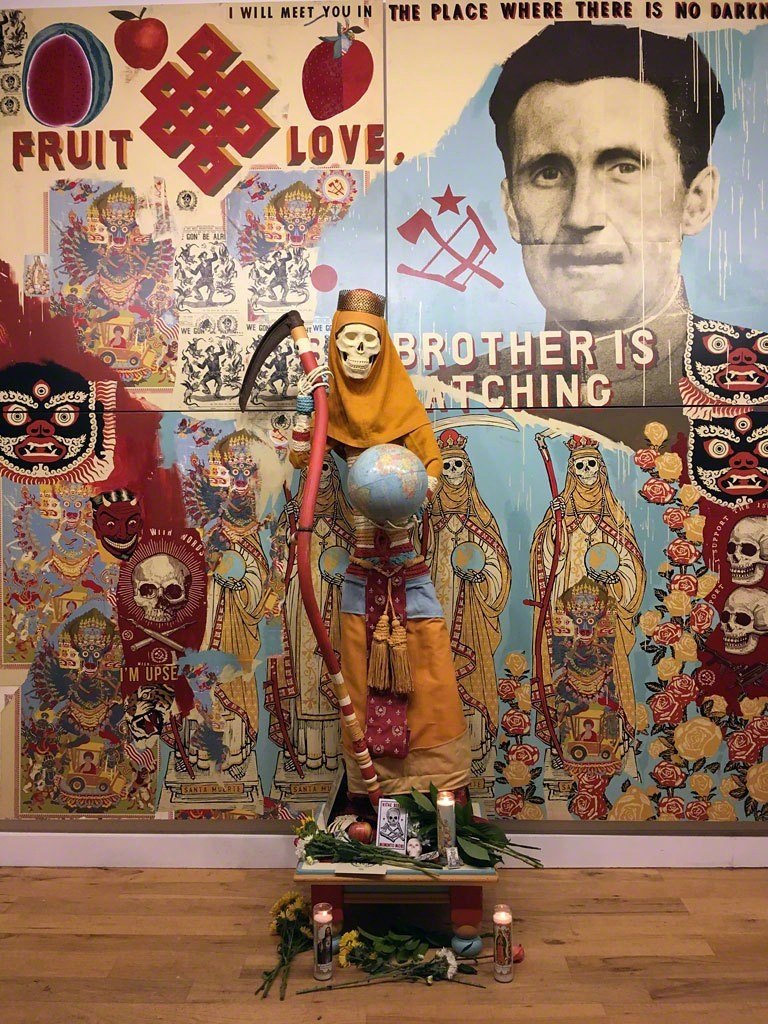 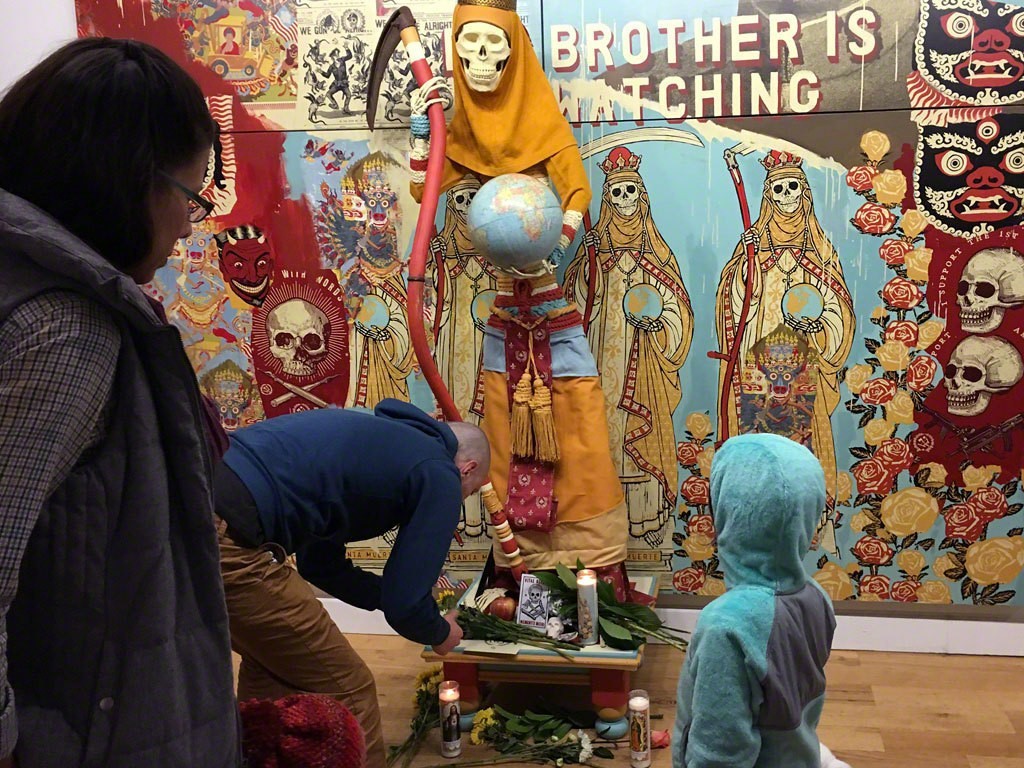 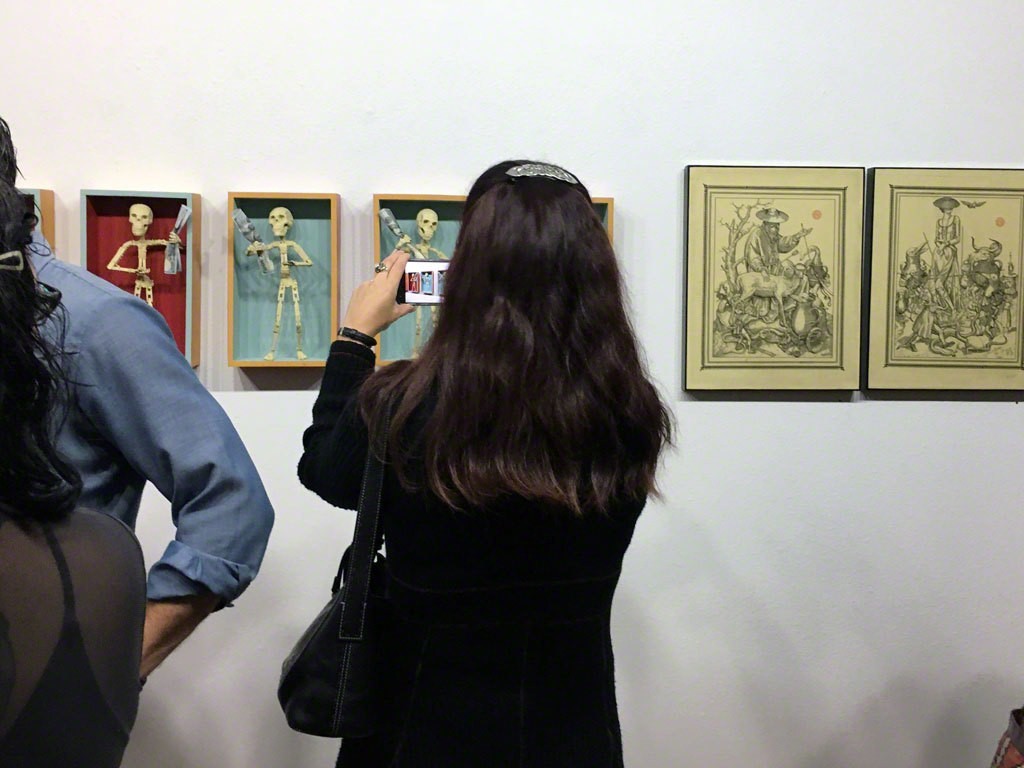 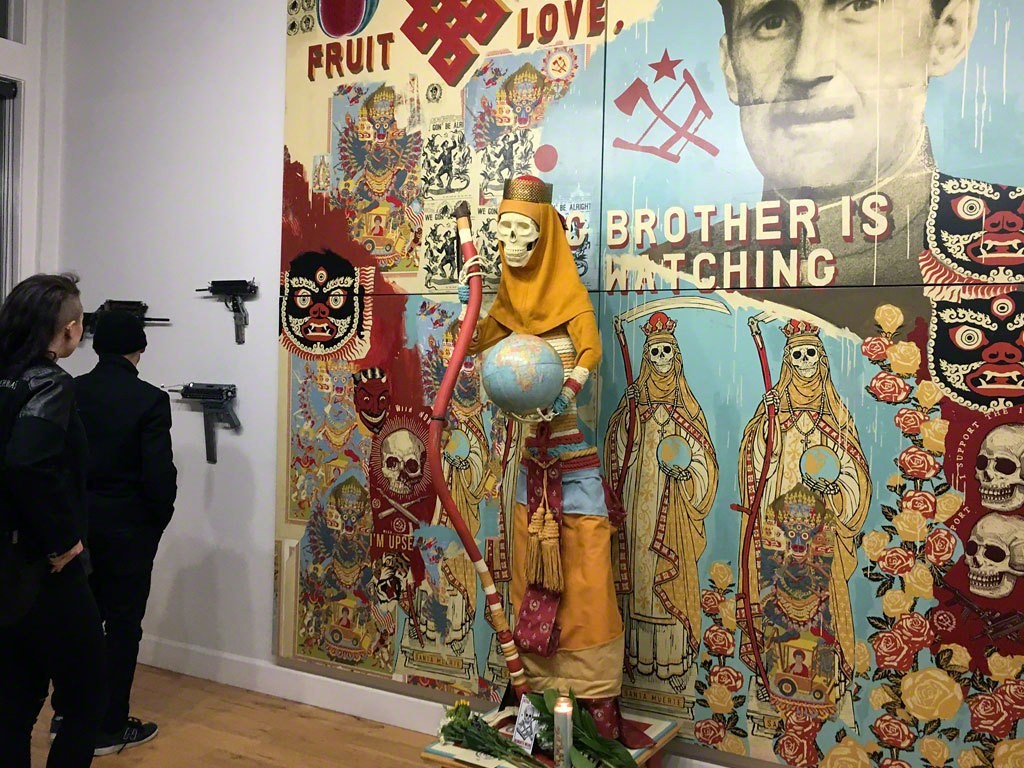 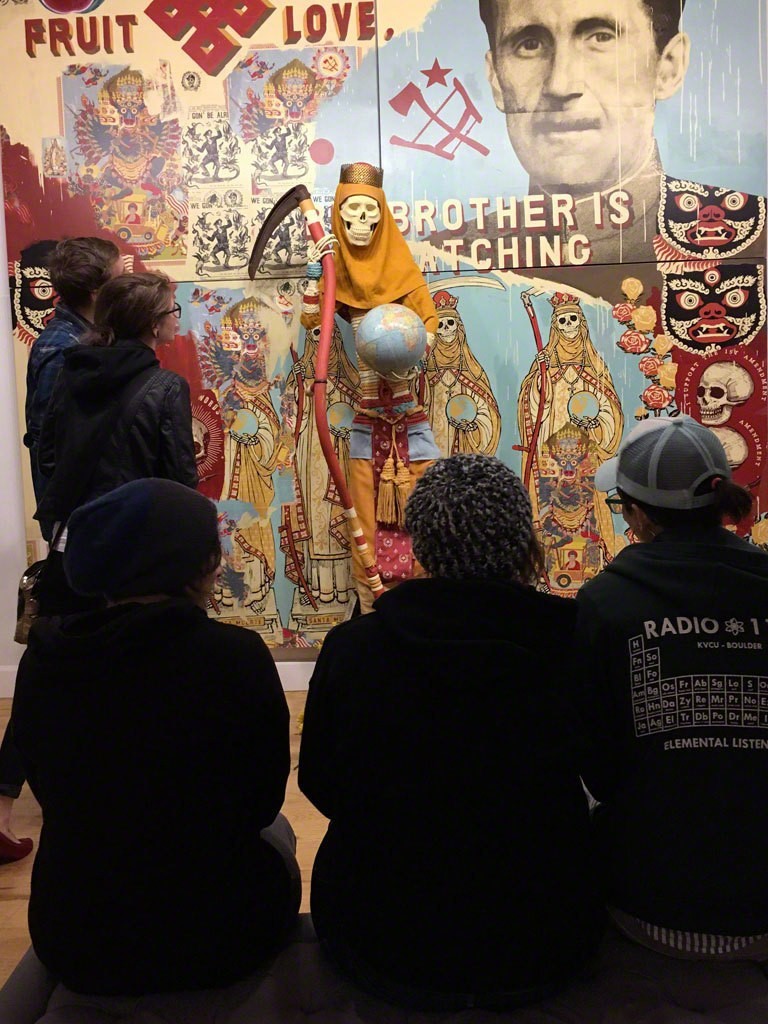 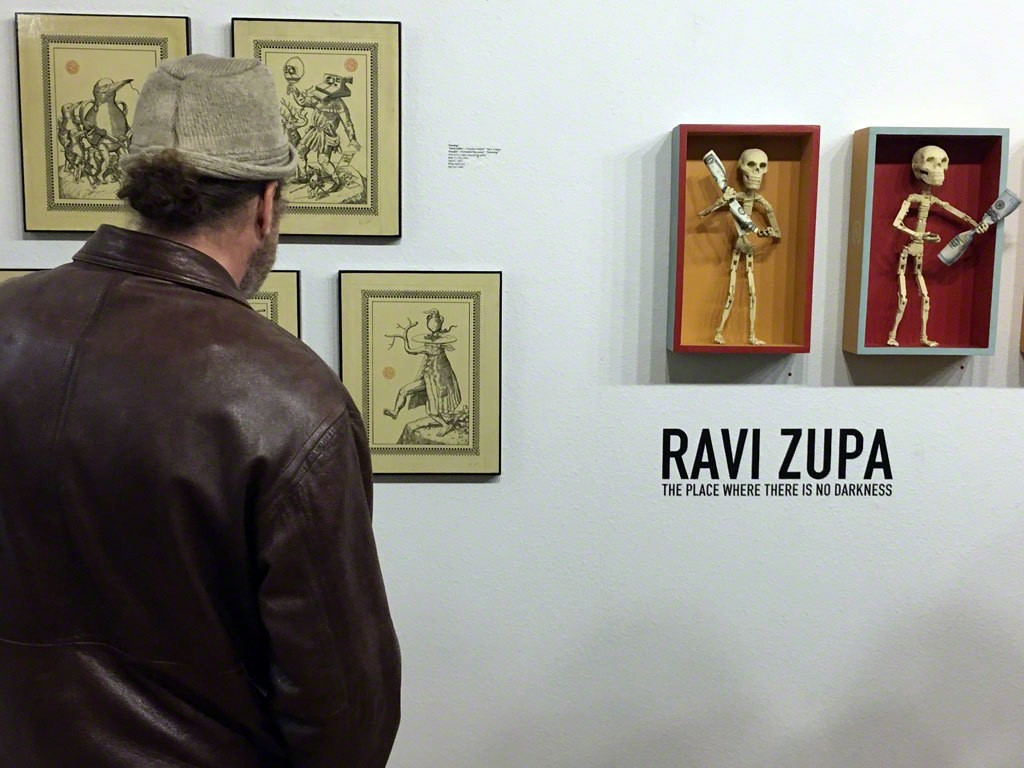 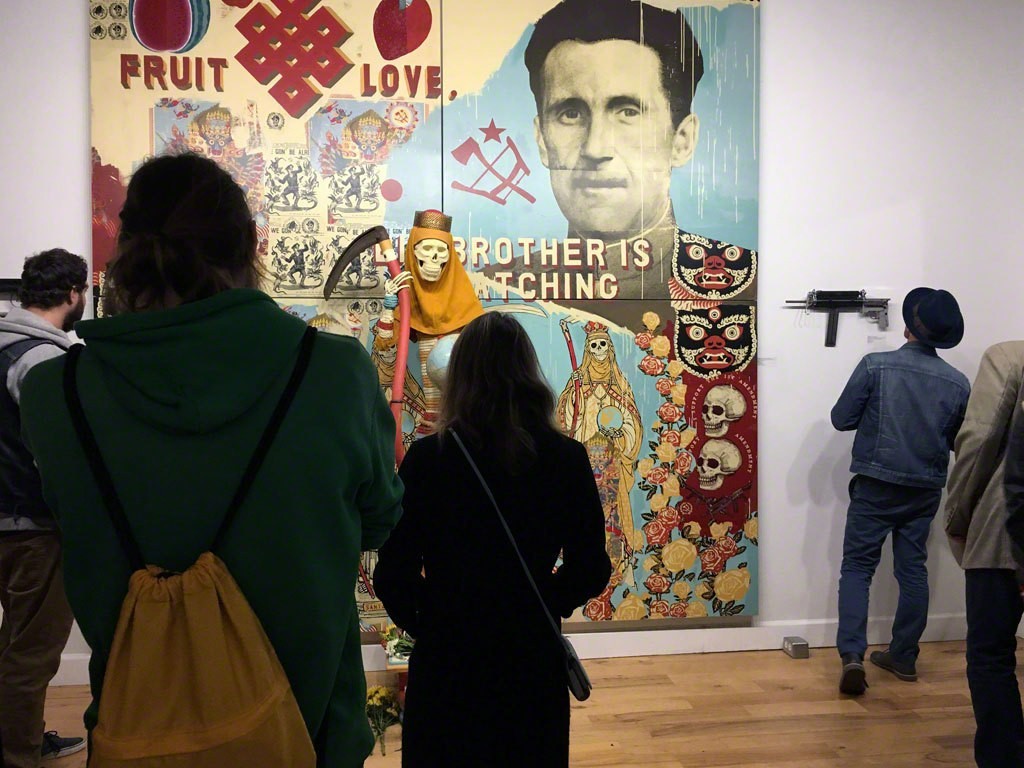 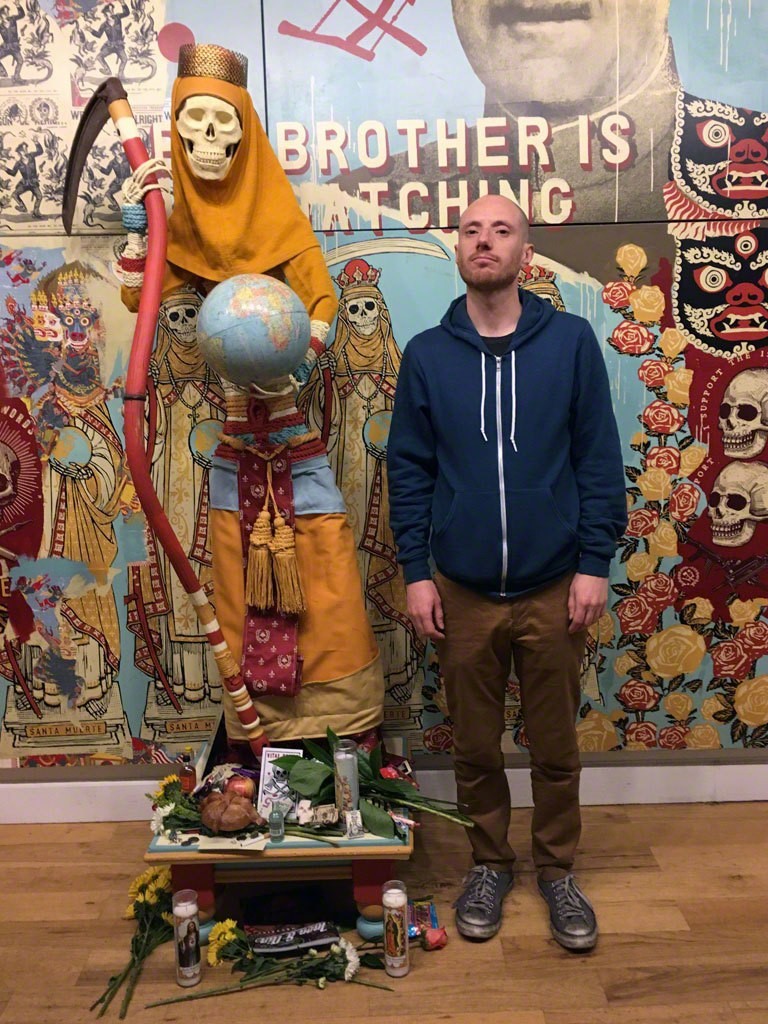 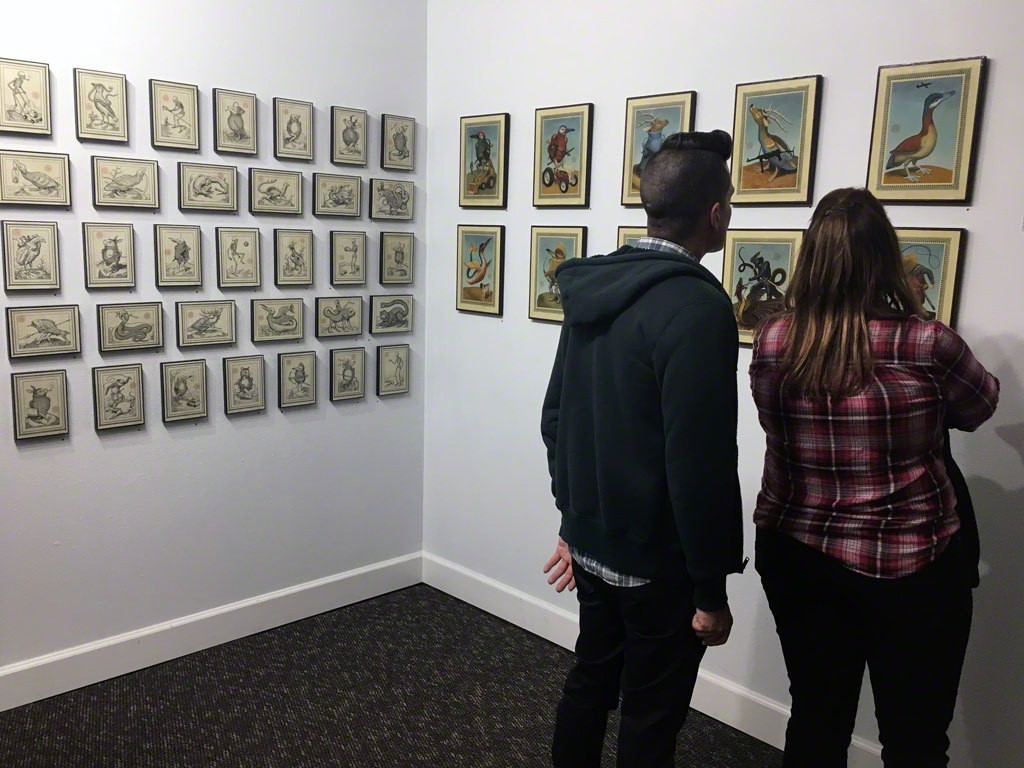 The Place Where There Is No Darkness
Main Gallery
November 2017
Opening Reception:
Friday, November 3rd
7-10pm
Free & Open to the public
Artist in attendance
This November we welcome Denver artist Ravi Zupa back to the gallery for a solo show featuring new drawings, sculptures, prints and paintings. In the time since we last exhibited his work in Denver Ravi has mounted several successful exhibitions in galleries around the world and recently launched a collaboration with Shepard Fairey and Obey Clothing. Ravi is a very hard working artist and his success is well deserved, we are excited to unveil his new body of work.
From Ravi Zupa:
This show is about optimism. “[T]he place where there is no darkness” is a phrase that appears in critical moments in George Orwell’s 1984. Consistent with his doublethink motif, the phrase has two opposing meanings. In its initial context, “the place where there is no darkness” is a place inside Winston’s mind where he can dream safely, where Big Brother can’t access his thoughts, where there are no shadows for the government to hide and watch him. Later, after Winston is taken into government custody, Orwell applies the phrase to Room 101, a torture chamber where the lights are literally never off.
I am using the phrase as the title for this show because we are living in a difficult moment in which many people feel uneasy and distrustful toward the government. I embrace the complexity of the moment, however, and choose to remain optimistic. In fact, I believe that the current political situation might prove to be the best thing that has happened to this country in many decades.
I have chosen to use Santa Muerte as a central figure for the show because she also represents the paradox that something frightening and terrible can ultimately be positive and freeing. As the protector of the disaffected, she is becoming increasingly relevant. Her message is clear: death comes for all of us and this understanding can free us to live fully. Or as I have rephrased it for pieces in this show, “No one gets out of here alive. Go and be great.”
How to Participate:
The show will include a life-sized Santa Muerte sculpture which will act as a shrine for the duration for the show. I invite anyone to come to the gallery (either at the opening or throughout the month) and leave an offering to the saint.
Traditional offerings include:
– money
– flowers
– liquor/beer
– fruit
– cigarettes/cigars
– bread
– candy
– candles
– personal items of significance
At the end of the exhibition I will dispose of all offerings, as is tradition. Money will be given to a needy person (one of my homeless friends), perishable items will be buried, and everything else (candy, liquor, cigarettes, personal items, and so on) will be thrown away. I will be offering items of my own including some original drawings.
The show will also feature original paintings, drawings, sculptures, and typewriter machine guns from my “Mightier Than” series.