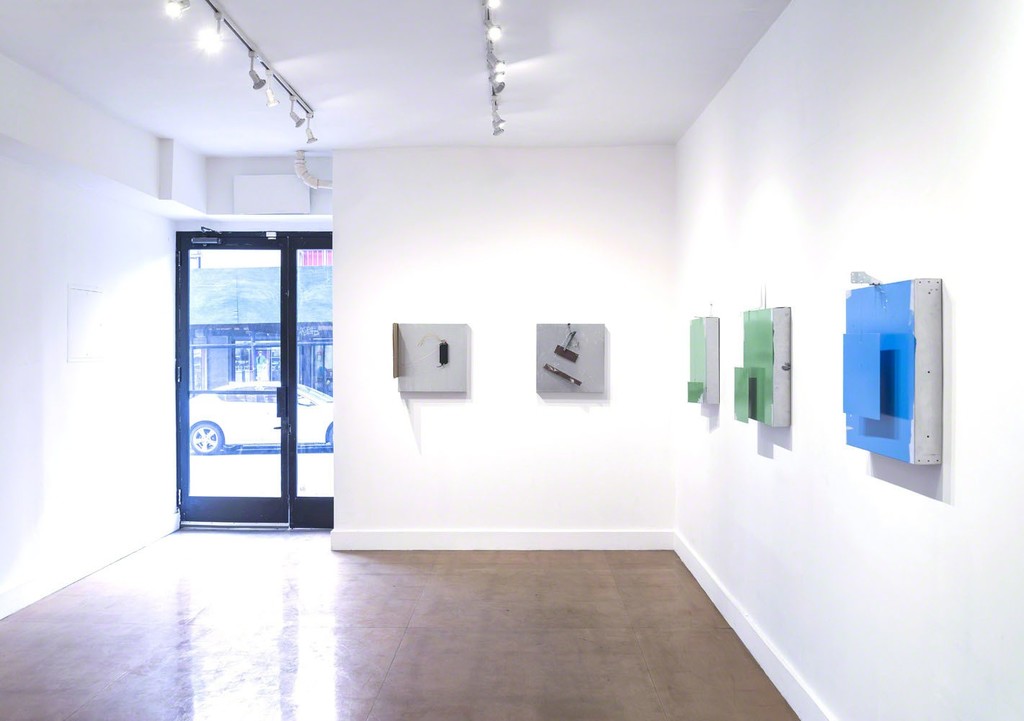 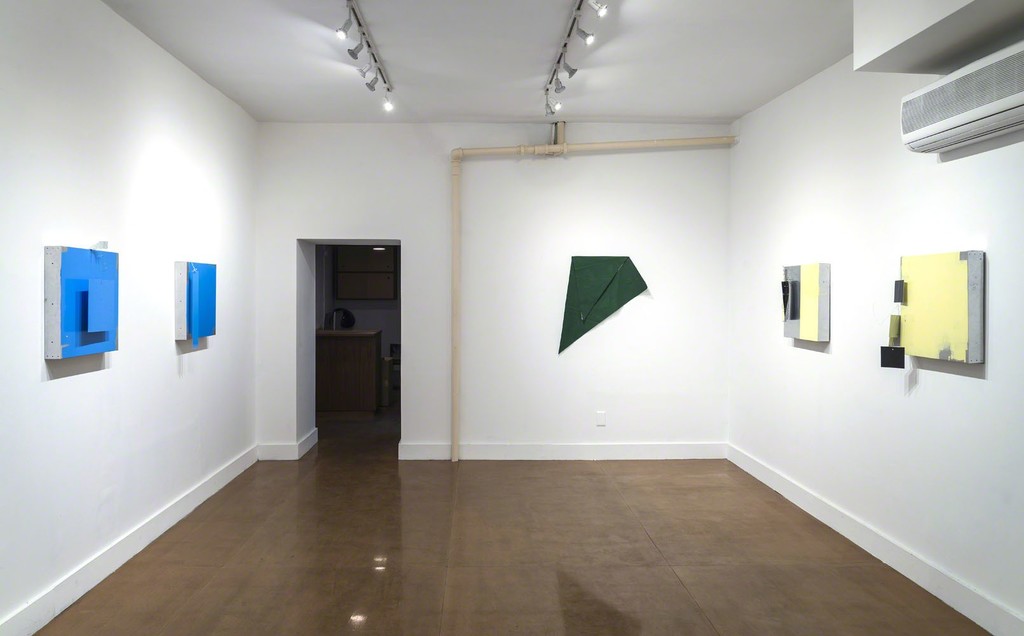 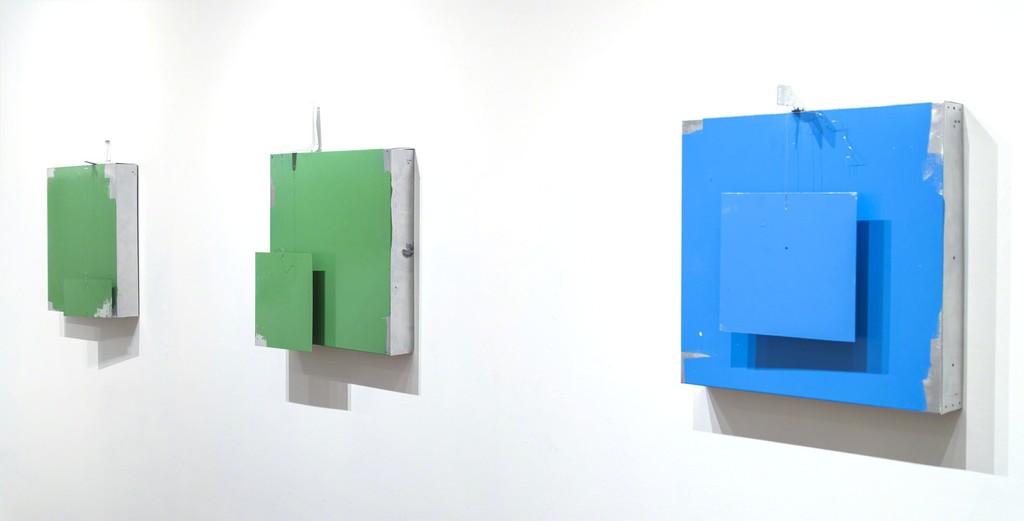 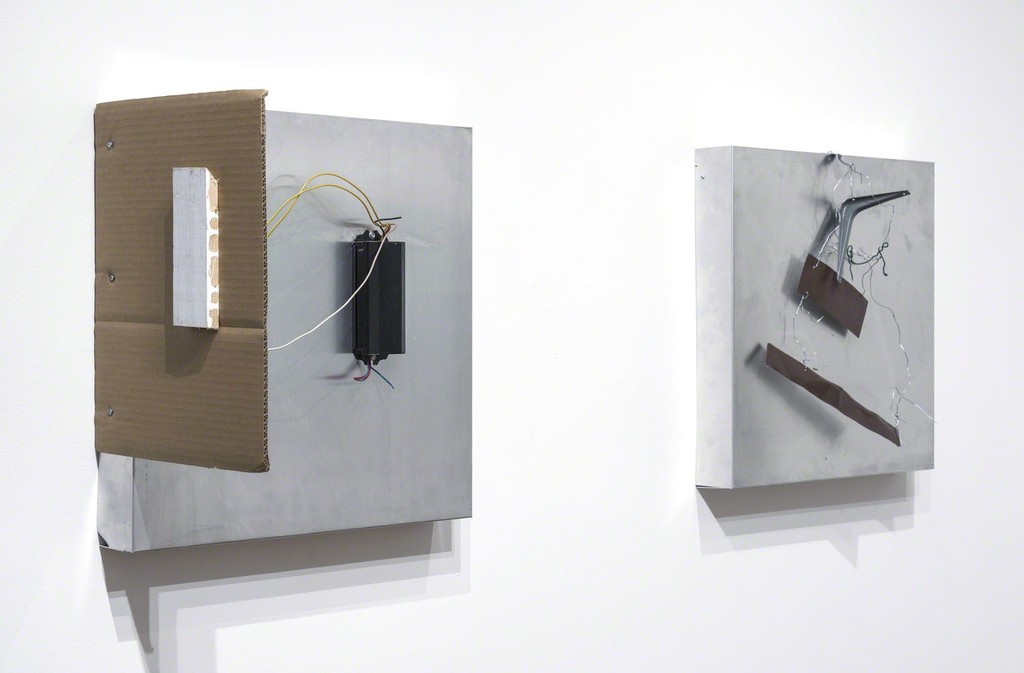 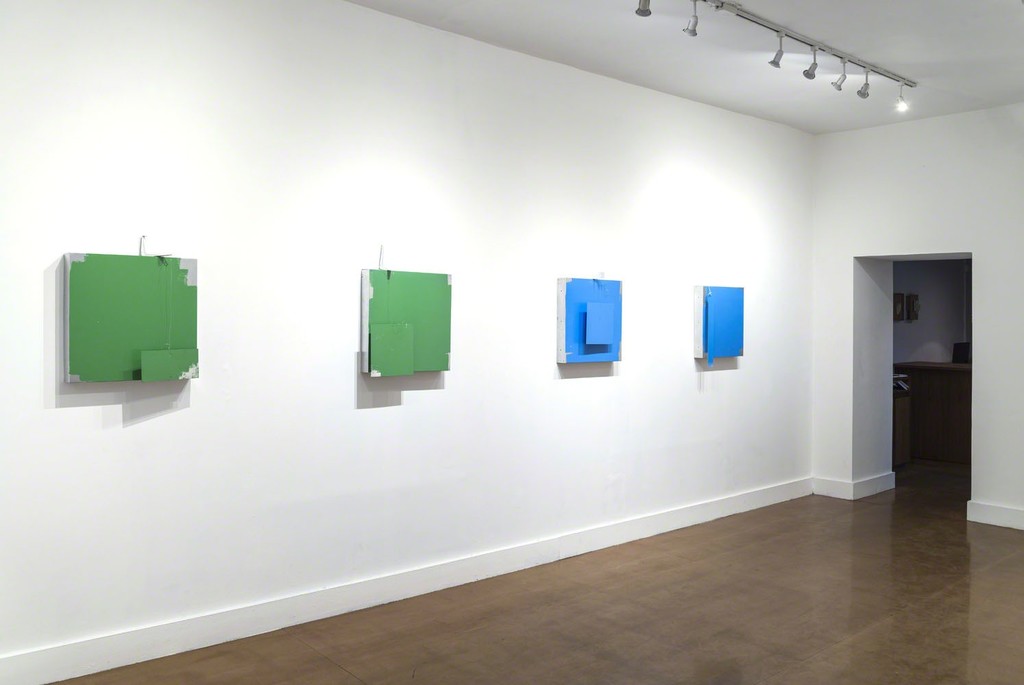 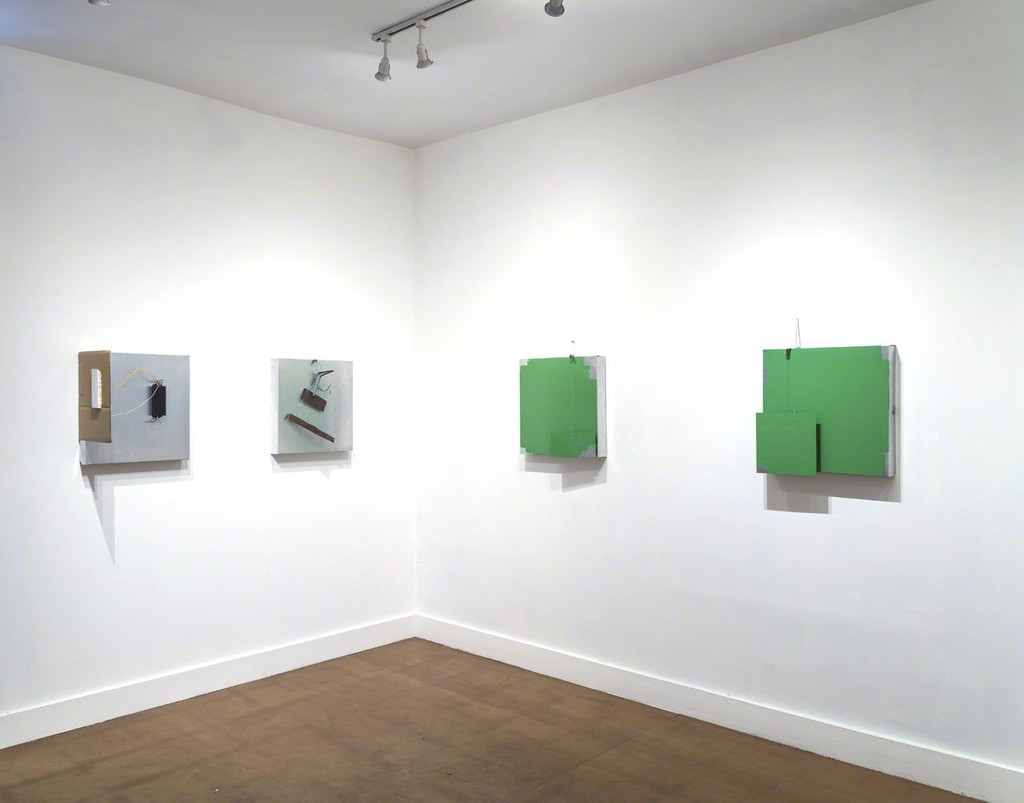 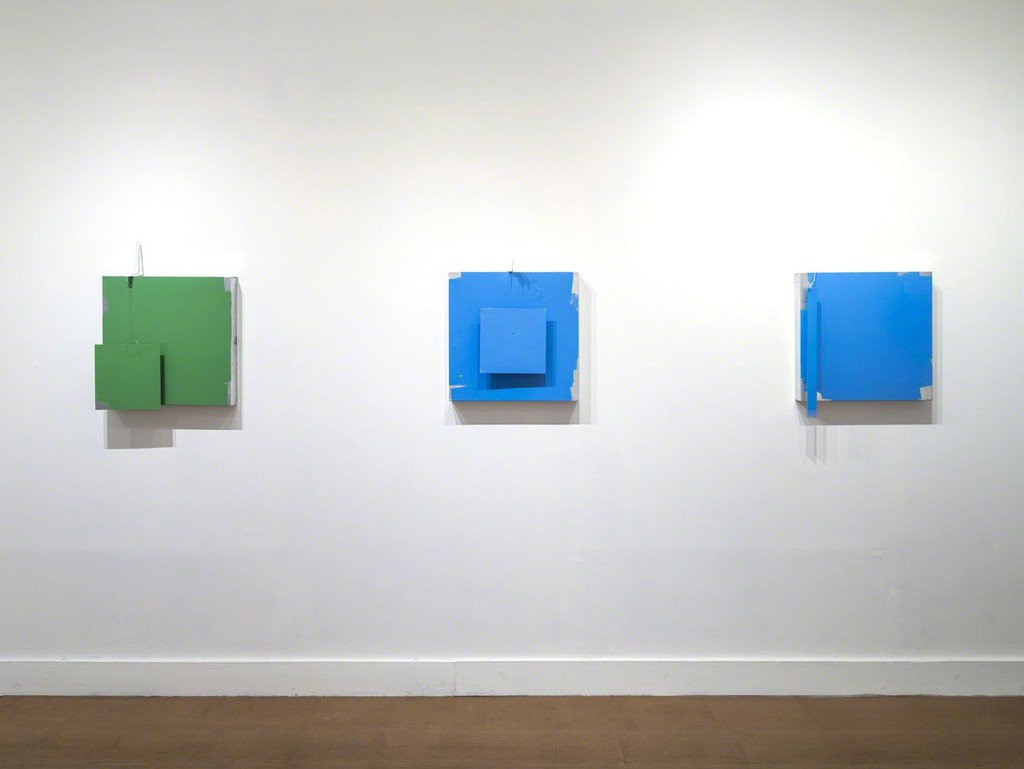 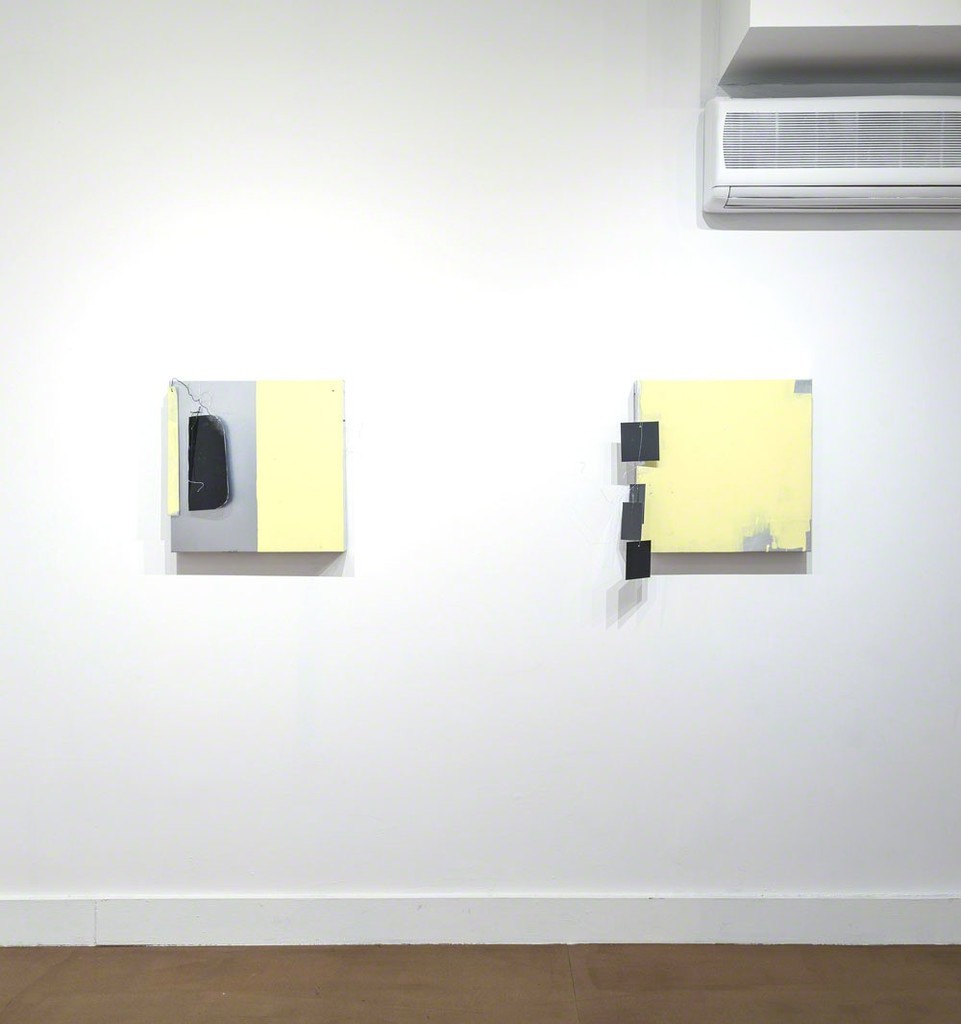 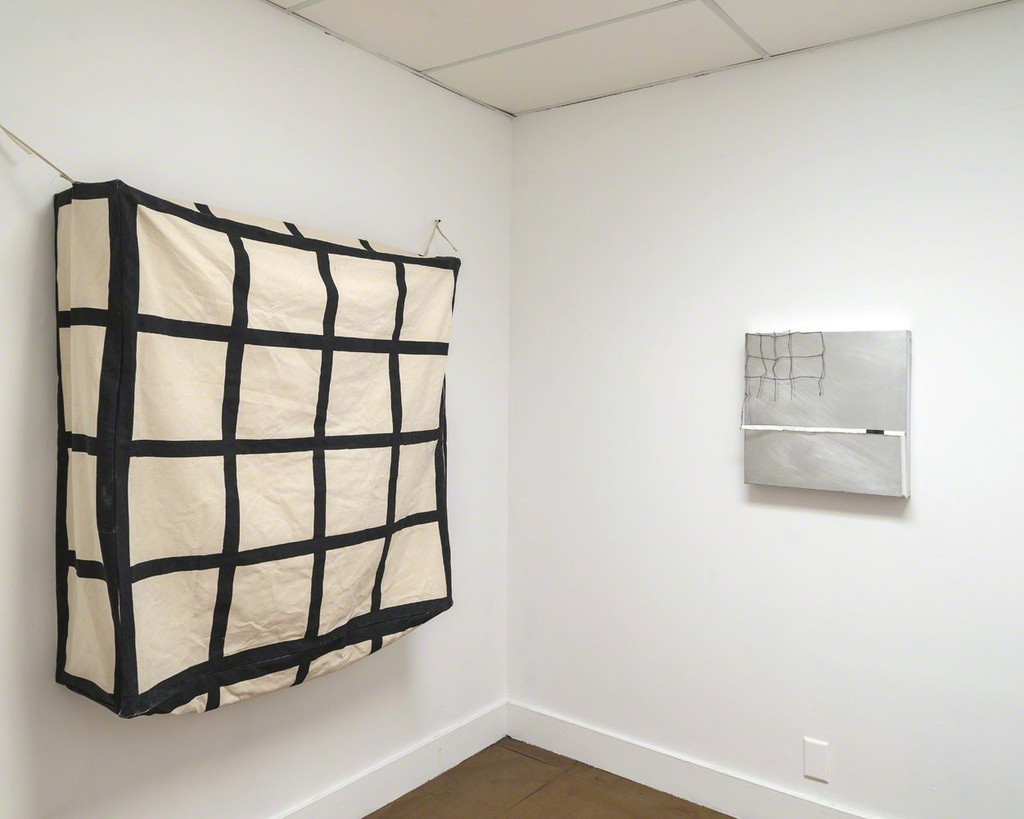 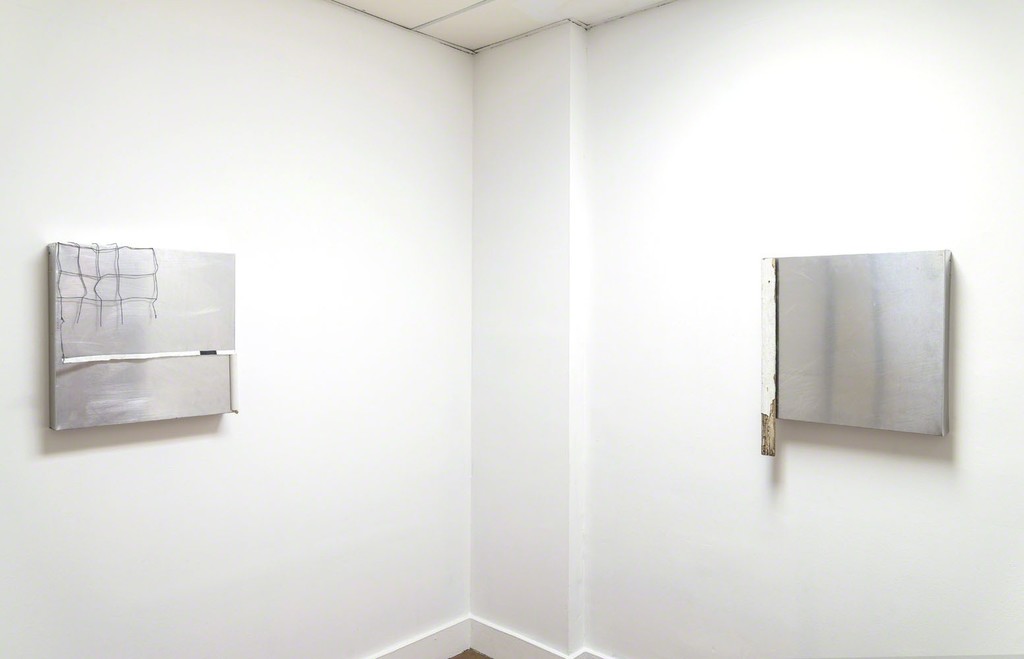 Espinoza is known for his nonfigurative, humorous and irreverent manipulations of grid forms. The grid occurs not as a recurring theme in abstract painting, but, as Espinoza states, "as an anonymous object, as a ready-made, something that nobody invented, that has always existed, something that does not belong to anyone". The artist's democratization and humanizing of formal devices are key elements of what makes work so consistently engaging and prescient.

In his essay What's Potts: On Eugenio Espinoza's New Work, Gean Moreno describes Espinoza's recent works as "painterly objects that seem to be slipping out of their medium". The ten painted and unpainted aluminum wall-works in Diorama resonate with a similar liminal vitality. Geometric aluminum forms suspended in some instances by single wires and in others by seemingly tenuous tangled loops and twisted knots hang in juxtaposition to the aluminum box surfaces. Underpinning the use of humble materials is Espinoza's rigorous focus on conveying precariousness, suspension, imbalance and, ultimately, visual resolution.

In the rear of the gallery a black and white, three dimensional grid painting made without stretcher bars references the lineage of Espinoza's practice: the artist's black and white geometric paintings have continuously appeared in his oeuvre since his seminal 1972 work, Impenetrable.

Impenetrable (in the permanent collection of the Tate Modern, London) is viewed as an important moment in the history of Venezuelan art -- in some ways a subversion of the purist Kinetic and Geometric Abstraction movements that were important hallmarks of the period. The work was shown when the artist was only 22 years old -- and it launched Espinoza's career and defined his role as one of the first and most important post-minimal artists working in Venezuela at the time.Impenetrable was Espinoza's response to a strong orthodoxy in the celebrated artistic movements in Venezuela during that period. First exhibited at the Ateneo de Caracas, Impenetrable featured a black grid painted on raw canvas hung horizontally, at knee level, so that it occupied the entire space of a room and prevented entry. Taking the orderliness of geometric form into the wild territory of the experiential, Impenetrable was celebrated as a groundbreaking and radical conceptual piece. Espinoza has subsequently remade and exhibited Impenetrable many times, re-purposing his original creation.

Espinoza's iconic historical work is also currently on view at the Perez Art Museum in Miami, Florida through August, 2015. Eugenio Espinoza: Unruly Supports (1970 - 1980), curated by Jesus Fuenmayor, features over 50 seminal paintings, photographs, sculptures, postcards and documentation of performances and interventions. The exhibition focuses on the artist's practice during the 1970s, and confirms both Espinoza's significance within the Latin American avant-garde of that period and his active involvement in the evolution of abstraction during the post-war period. "The title of the exhibition refers to the countless experiments Espinoza made to produce his emblematic black grid supports, as he folded, stretched, and cut [into] this geometric form, contaminating this iconic symbol of modern art."