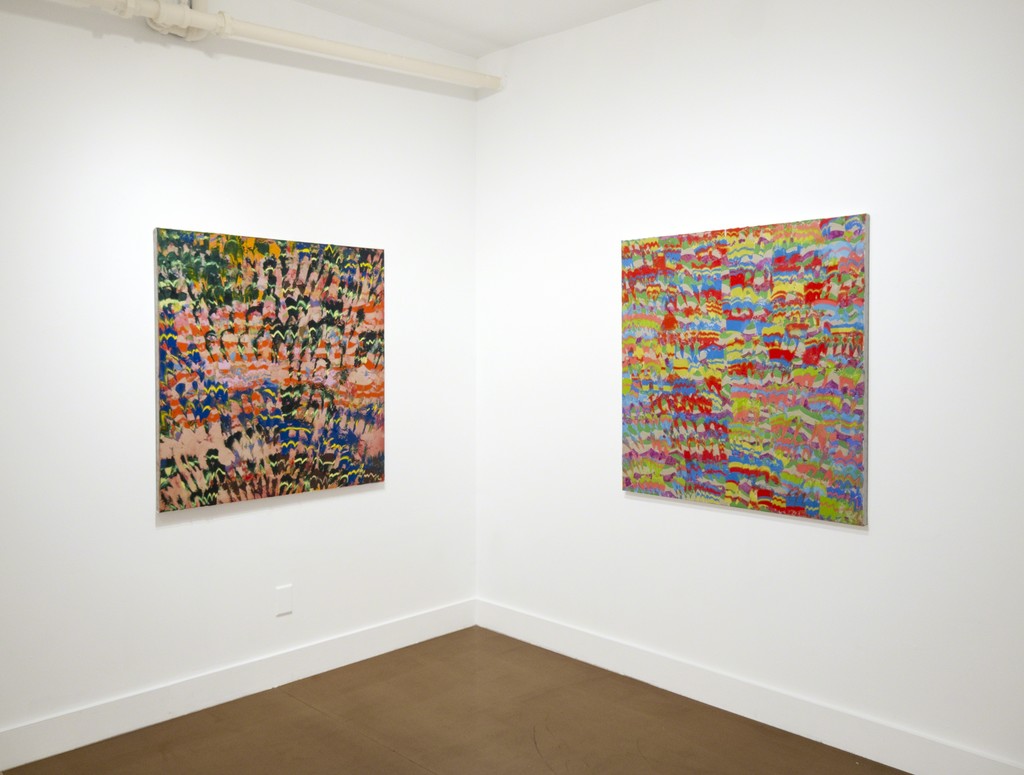 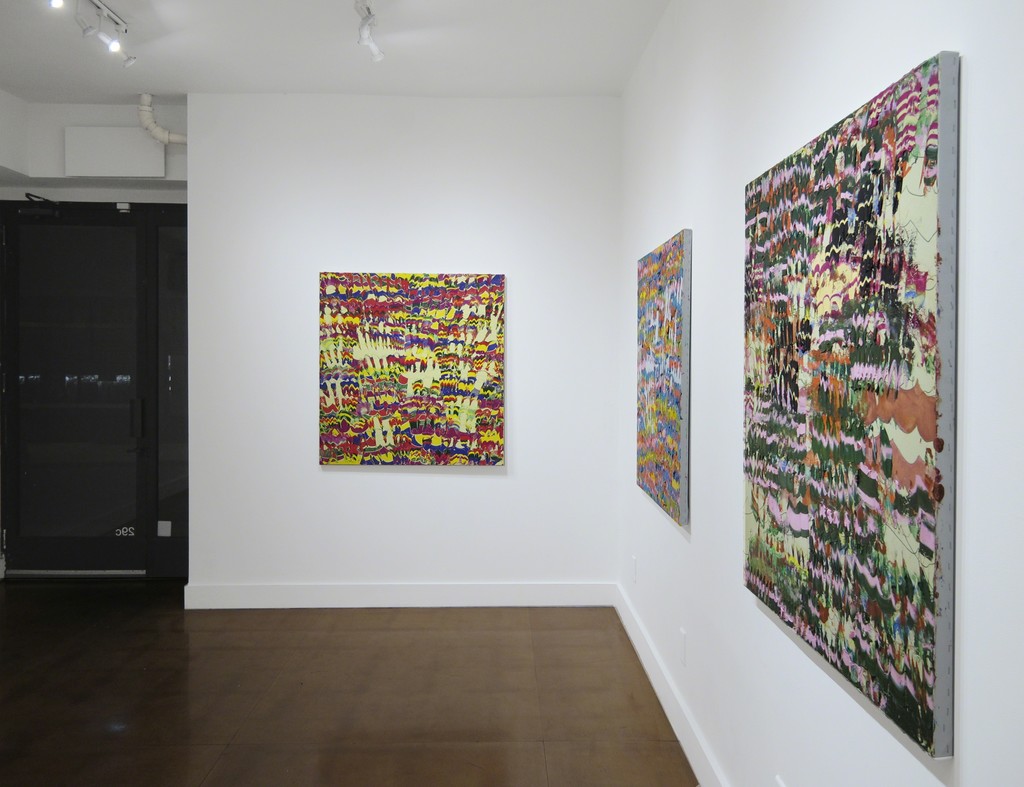 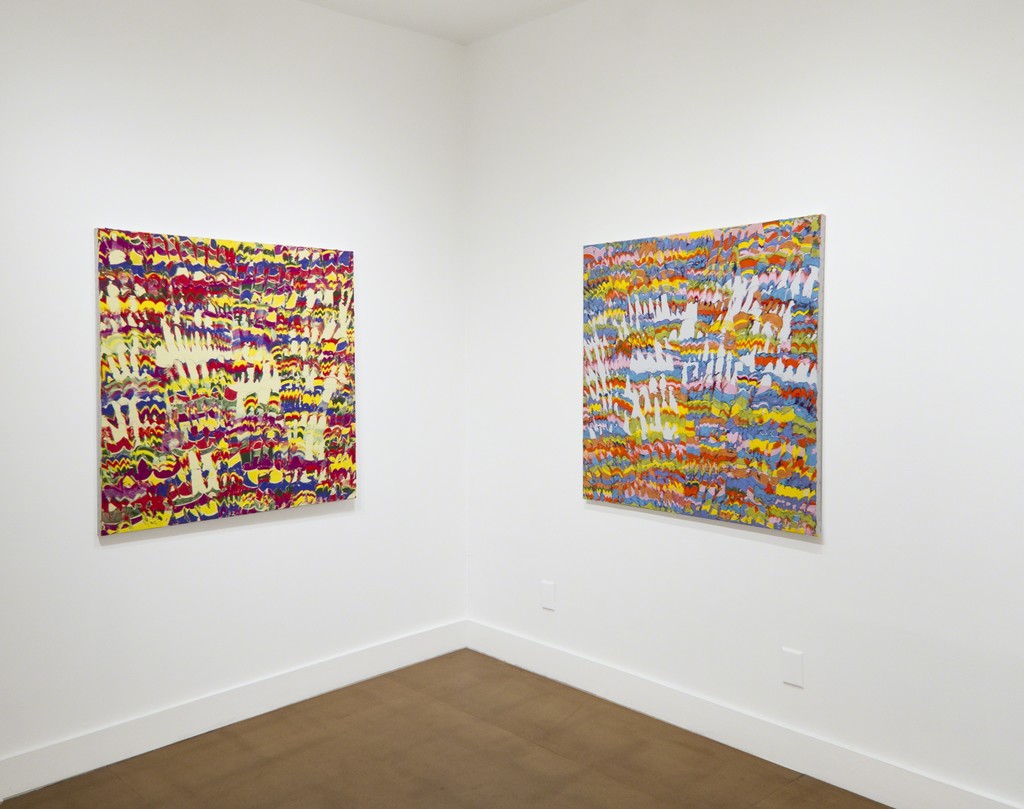 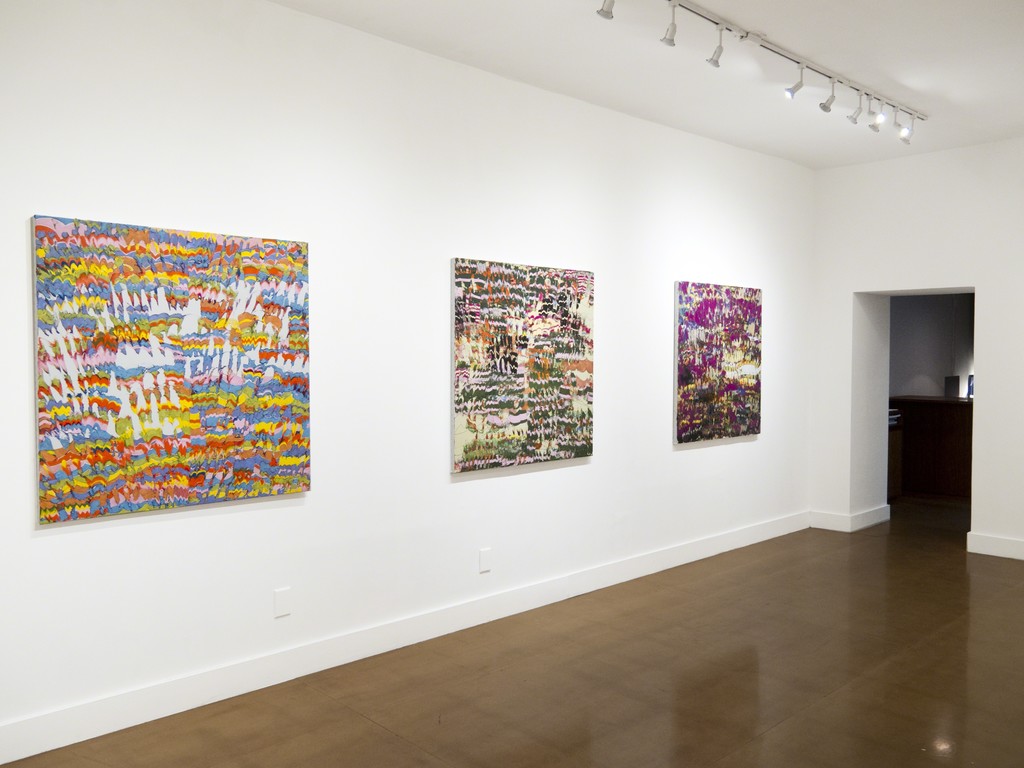 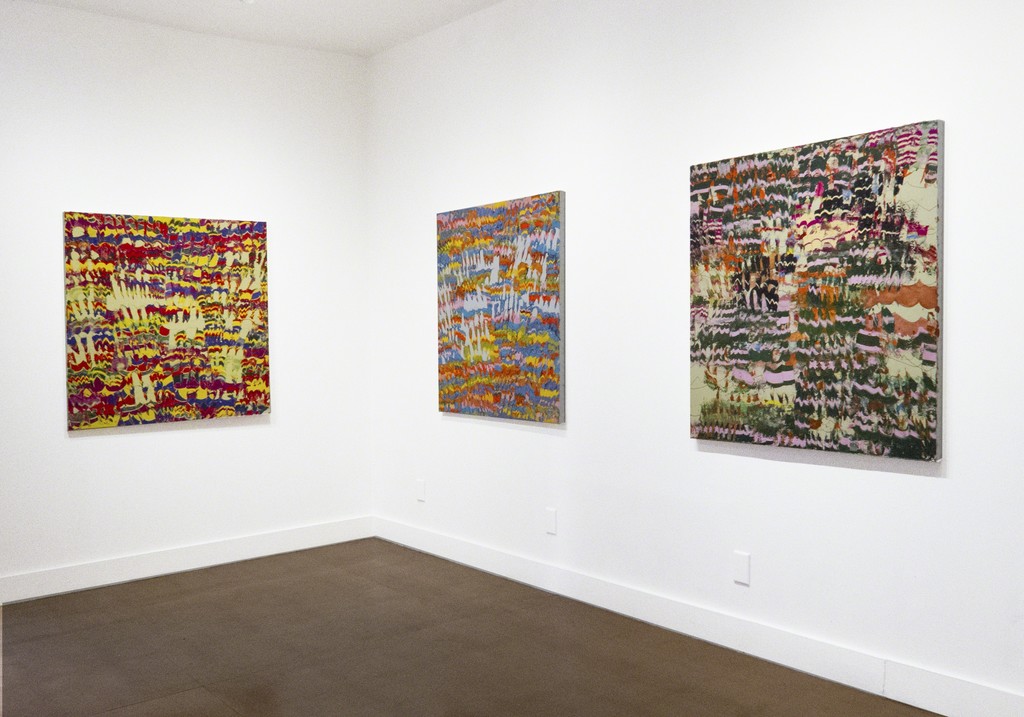 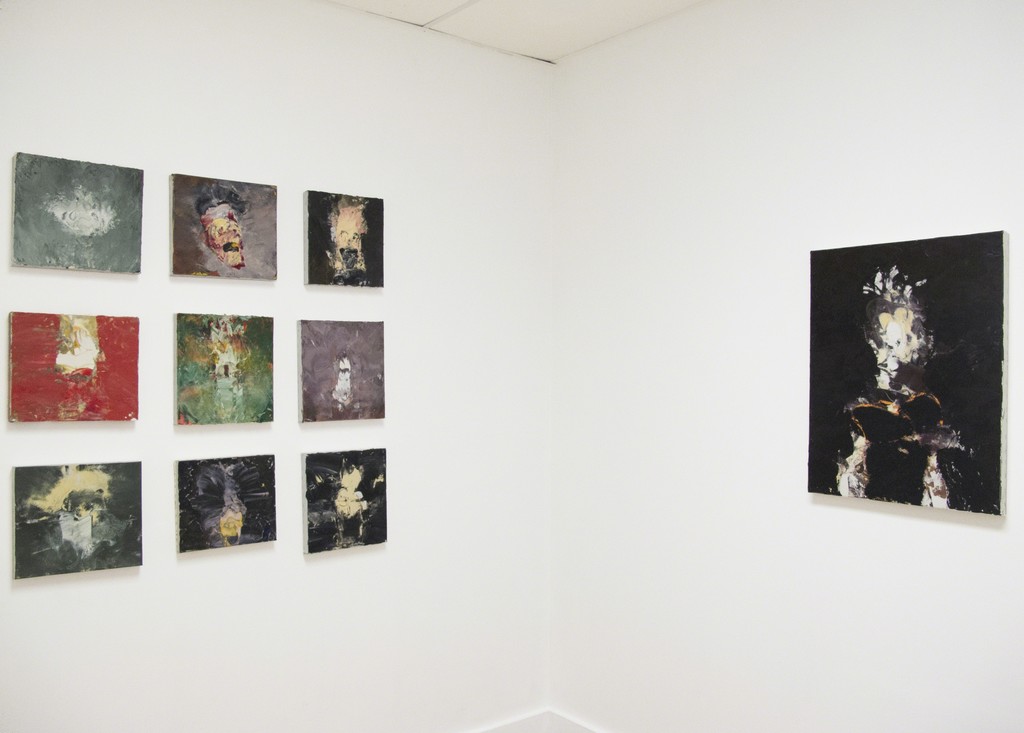 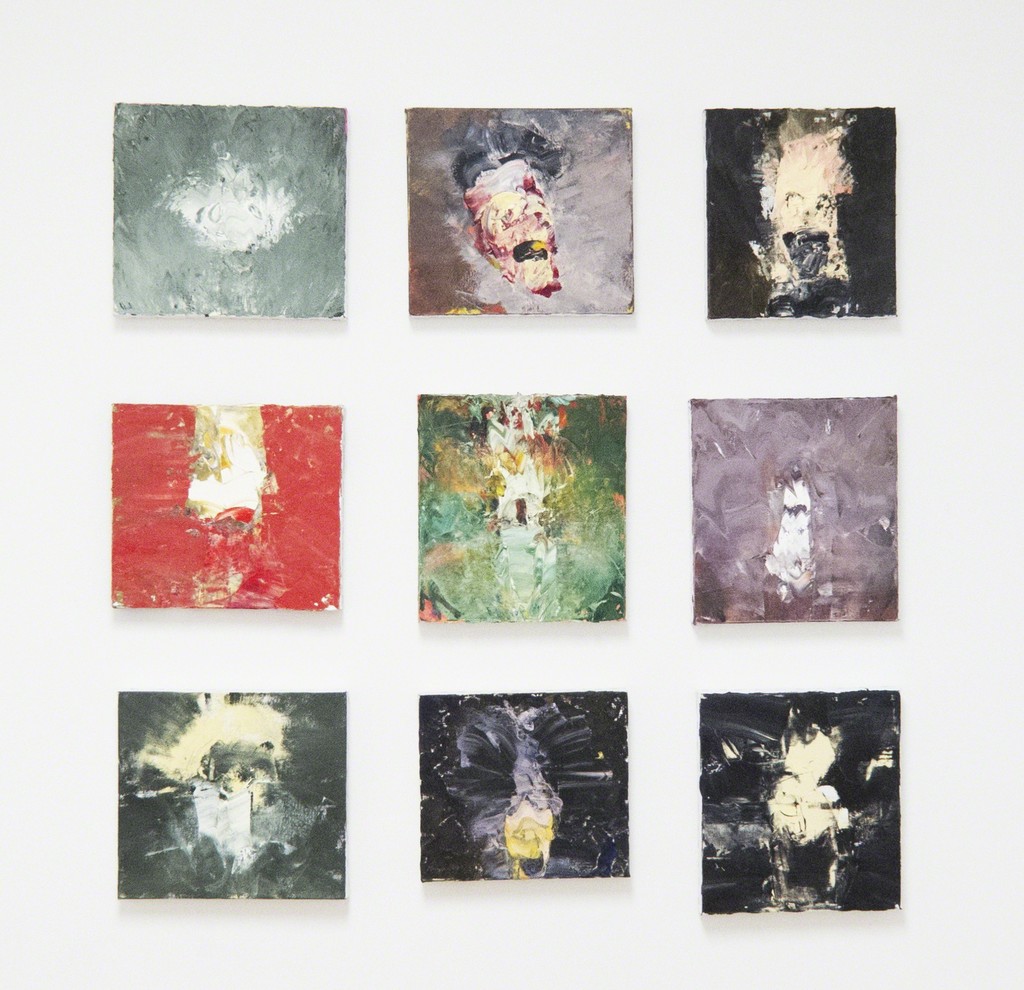 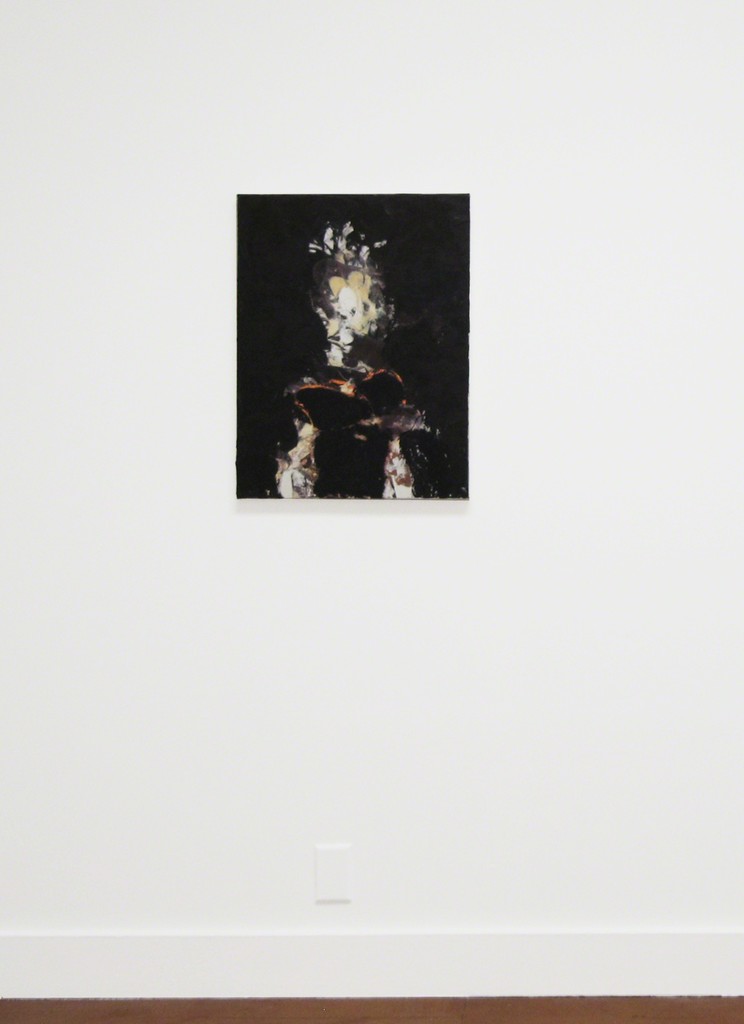 In a review of Herpich’s first solo show at Blackston in Art In America, critic Faye Hirsch wrote of the artist’s work: “Mesmerizing in their formal strategies and virtuosic in execution, the paintings reward slow and repeated viewing. Some of the marks have vague affinities with those of a younger generation of artists… but they carry a whiff of authority from an era that did not constantly critique the validity of abstraction.”

This exhibition presents new figurative and abstract paintings in Herpich’s distinctly rigorous technique, one where he employs a series of reiterative horizontal, sometimes layered, wavelike forms across the surface of the canvas. In full command of his often bombastic decisions in pigment, patterning, and texture, Herpich creates masterful, dissonant, compelling, complex and innovative works that resist classification.

Herpich was born in Torrington, CT in 1944 and lives there presently. He entered Pratt Institute to study industrial engineering, switched to fine art school after a year and received his MFA from Yale School of Art and Architecture in 1969.

He lived in New York City in the early Seventies, and moved back to Connecticut upon the birth of the first of his five children. All the while committed to his painting practice, Herpich took odd jobs as a tattoo artist, house painter, landscape laborer and then general laborer in a bearing factory. He worked his way from laborer to machine setter to tool designer before retiring from the factory. While the background of the artist lends an air of mystery to the work, Herpich has been making accomplished paintings and has continued to hone his artistic eye for more than forty years.